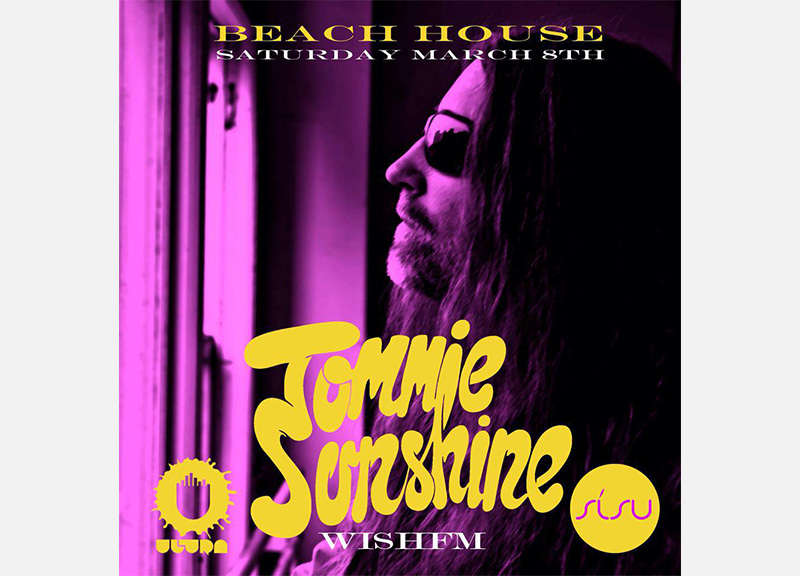 Despite What You Might Have Seen, Beach House Will Not Be Performing In Dallas This Weekend.

We weren’t the only ones whose eyes lit up when we heard the news that Baltimore dream-pop duo Beach House might be playing a poolside set tomorrow night at SISU Uptown.

Earlier this week, Twitter was abuzz with all kinds of locals taking to the social media platform to express their disbelief that the band would be performing such an intimate set in such a unique setting.

Most also couldn’t believe ticket prices were going for just $10, either.

But, like our mothers always told us growing up, things that sound too good to be true typically tend to be just that. To that end: Beach House will not be in town this weekend. And they were never going to be.

The plan all along, it appears, was for the Brooklyn-based DJ Tommie Sunshinem to spin at the Uptown venue.

So where did the wires get crossed? Well, for one thing, despite the fact that Sunshine’s name was the biggest object on the event’s flier, the words “Beach House” were, somewhat inexplicably, located at the top and middle of that same poster.

Furthering the confusion was the fact that several different events and listings-based sites in town — like Eventful and the Dallas Morning News‘ GuideLive site — both appeared to list Beach House as a performer when they re-appropriated the event’s info for their respective sites. Eventful even went so far as to include photos of Beach House in its listing — although, to be fair, that site also indicated that the event was taking place at Rosewood Crescent Court, which is just wrong on all counts.

It was a confusing enough ordeal that Beach House — the band — felt the need to address the subject via their own Twitter account:

We think there may a weird scam going on, we are not playing this week in Dallas, don’t buy any tickets, in related news, winter sucks— Beach House (@BeaccchHoussse) March 4, 2014

While we’re not going as far as to call the confusion an outright scam, calls to the event’s organizers have yet to be returned. Until then, just know this: Beach House will not be playing anywhere in Dallas this weekend.