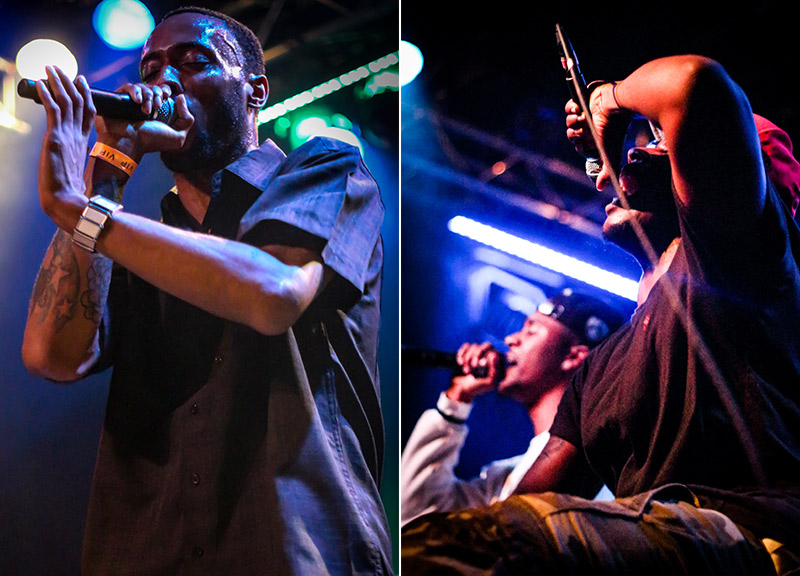 Tuesday night at Trees was an eventful one, to say the least.

Veggies headlined, of course, but before he began his set, the stage rather well, as the crowd was blessed with a string of impressive displays from the local openers and Scott.

First up was D.Smiley, accompanied by the whole MacBroadz crew. D.Smiley was featured on the DFW Aero-Circuit Tour earlier this spring, and the progress he's made since was palpable at this show. His stage presence and delivery is definitely getting better, there's no doubting that.

Second on the bill the collective known as Blacktag. After having recently opened up for Chief Keef, the group's appearance on this very different bill was a bit of a head-scratcher. But, hey, they got a great reaction out of the crowd thanks to their impressive energy levels.

Crit Morris the third local opener on the bill, was something else entirely. Backed by the whole Crit Life team, Morris had the whole crowd moshing and crowd-surfing. It was a sight to be seen. Heard, too: By the close of the group's set, it seemed as if the whole building was screaming “CRIT LIFE! CRIT LIFE!” and demanding an encore from the promising young up-and-comers. Alas, stage operators closed the curtains — literally — on any potential opportunity.

Then, after a quick DJ set from Mike G, the real show began. With every light in the venue cut off, Travi$ Scott ran onto the stage, starting his set off with his hit single, “Quintana.” The lights stayed off as he continued his set, but it didn't matter: The hype level he built up was nothing short of incredible. And, man did his beats sounded amazing coming through a nice sound system like Trees! The only downside to Scott's set? He only got 30 minutes before it was Casey Veggies' turn to show his stuff.

Performing tracks from Customized Greatly 3 and Life Changes plus other tracks from his catalog scattered throughout, Veggies gave the crowd a little bit of everything. He showed major love to his fans, too, letting a good amount of people get onstage to jump around with him. Later, he and Scott closed the show with their collaborative track, “Up.”

All in all, it was kind of an awesome, rage-filled show. Not bad for a Tuesday night. Not bad at all. 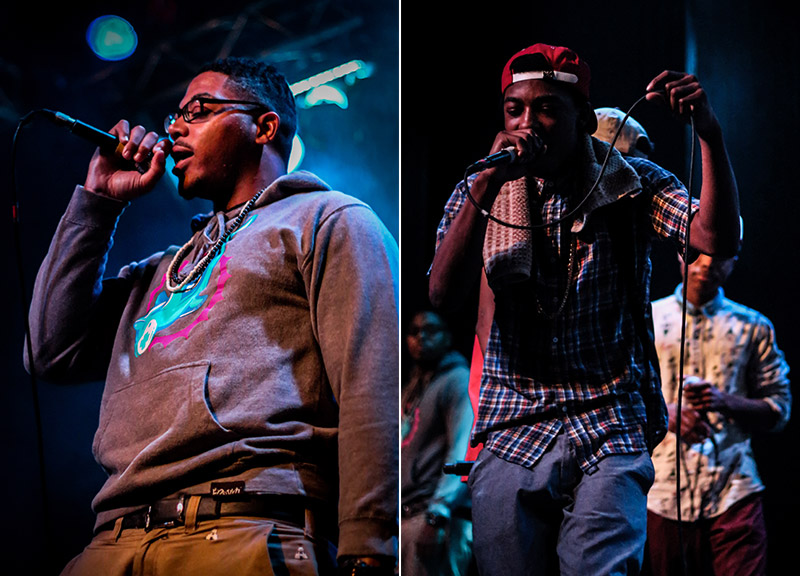 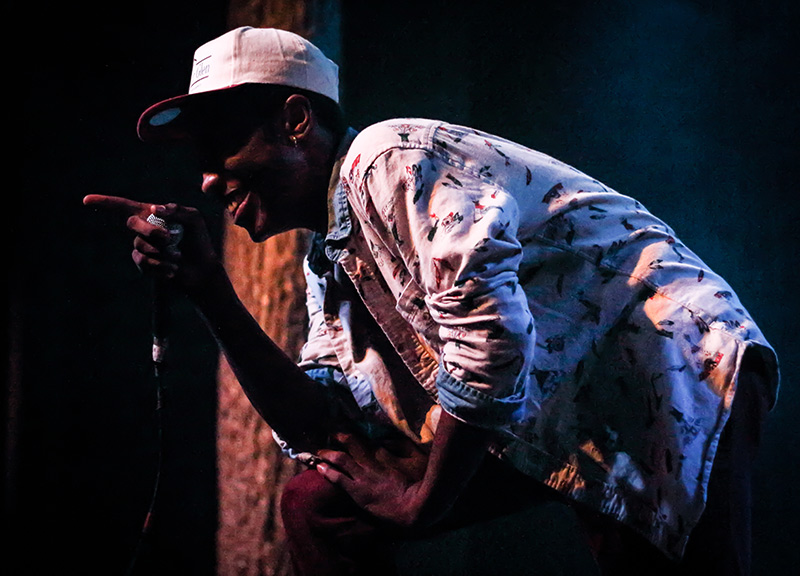 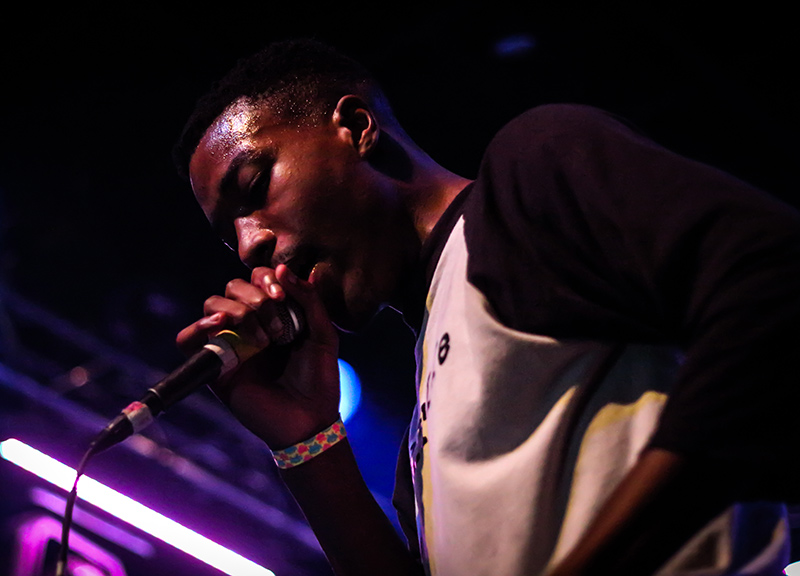 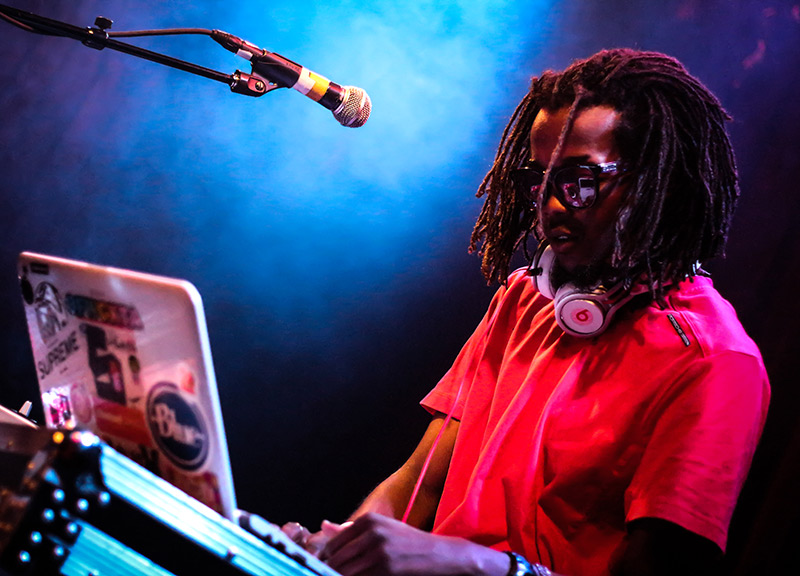 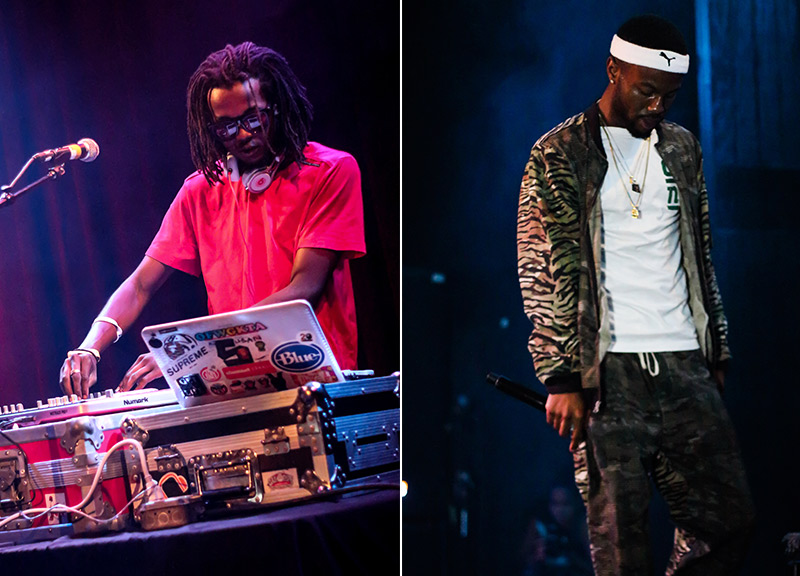 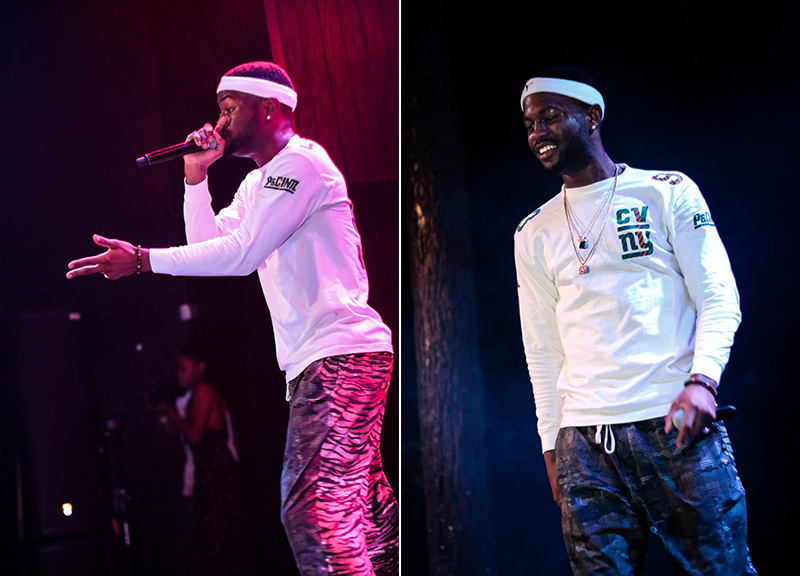 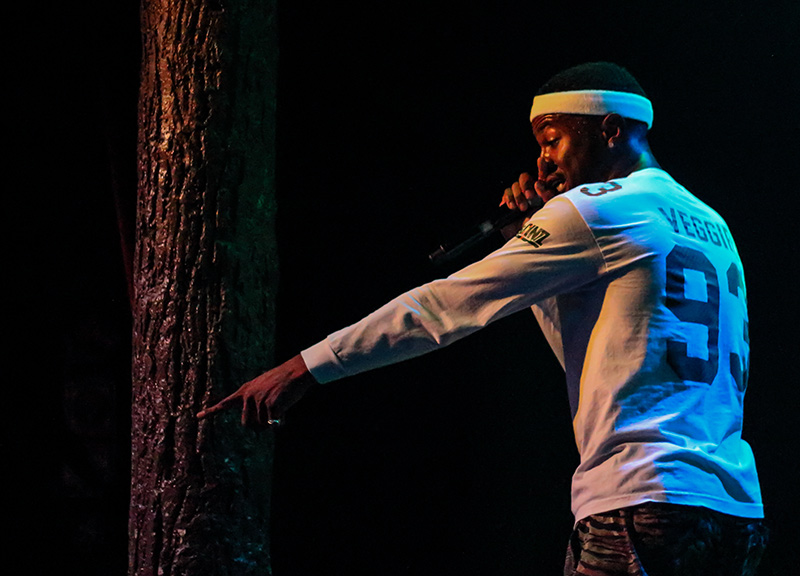 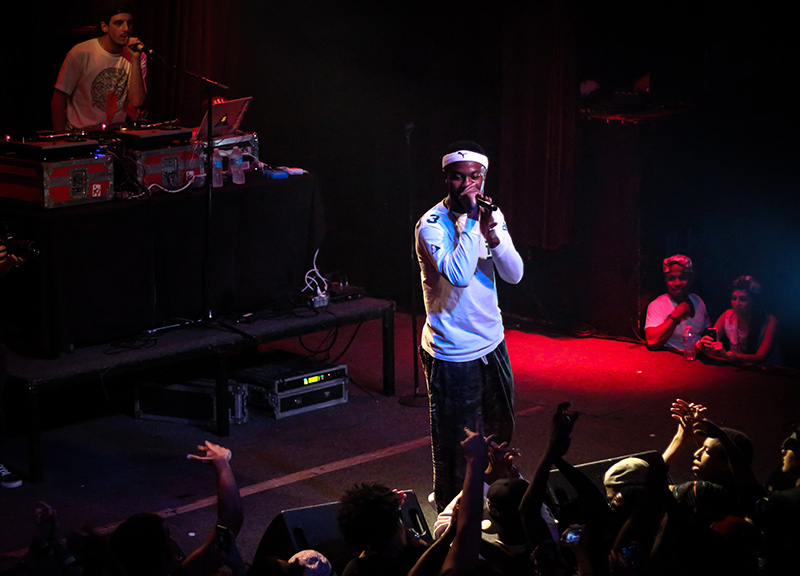