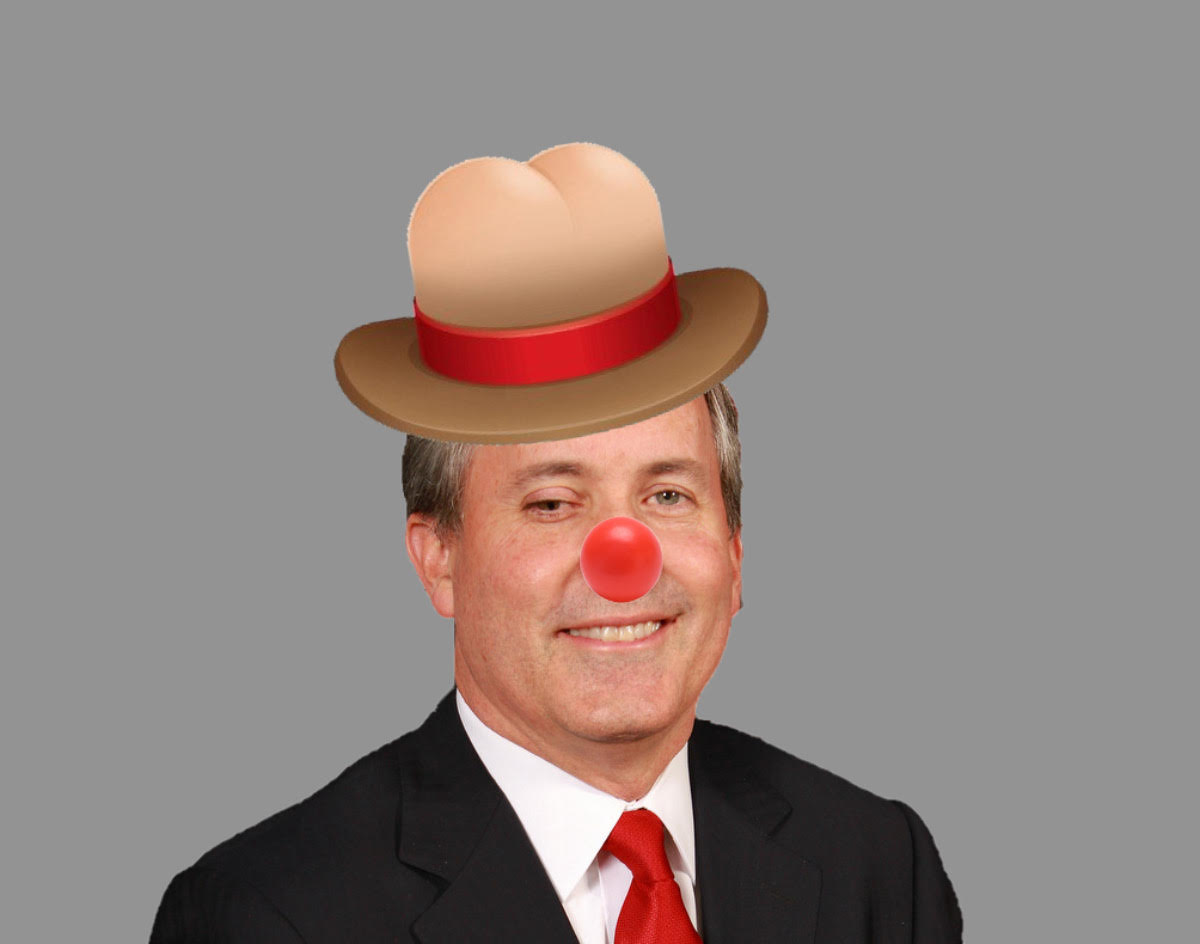 What, Like You Really Thought Ken Paxton Would Take Off His Asshat Amid A Deadly Pandemic, Outcry Over Systemic Racism And Police Brutality?

Considering that your history as a public official is something of a Guinness Book of World Records for failed tea party conservatism, one would think that — even after you narrowly won reelection in 2018 — you maybe would have dialed back your continued asshattery some. Or perhaps even expressed an ounce of tact while the world falls apart.

And you certainly doubled down on that consistency this week.

While thousands of people are being killed by a deadly pandemic, and as Texas sees a surge in cases, you thought it would acceptable to demand the Supreme Court of the United States to declare the Affordable Care Act unlawful. You really thought this was the move to make as the Trump administration made plans to pull federally-funded testing out of Texas, despite testing sites already struggling with efficiency to begin with.

Never mind that Texas is hitting record-high numbers of positive COVID-19 cases at the moment. Or Texas Gov. Greg Abbott’s own admission that Texas is seeing an “unacceptable” rise in the virus. Or the fact that Texas unemployment has shot up in the past few months.

No, your mind went straight to “How can people have less healthcare right now?”

Meanwhile, studies show that millions of Texans could lose their health insurance should you win your repeal.

Ken, people can barely afford their rent right now. What do you suggest they do without affordable healthcare, god forbid they contract the virus? Oh, that’s right: You just don’t care.

You also don’t have much interest in reading the room — at least not when the room is plagued by racial injustice due to police brutality.

On Monday, you and a bunch of other Red State asshats signed an open letter to Senate and House leaders protesting perceived anti-police rhetoric. After the usual bad-faith “bad apples” argument and some arbitrary statistics from a sample size too small, your letter focuses on the assaults and deaths of officers instead of the clear systemic racism that has rotted these forces. You straight up dismissed the idea of systemic racism among law enforcement, actually!

Listen, no one wants anyone to lose their lives — including officers — but surely someone such as yourself who made it through law school can see the disconnect in what’s happening in our society these days, right? Where was your letter for Botham Jean, Sandra Bland, George Floyd, Breonna Taylor and the countless other Black Americans murdered by police? Where was your letter for Ahmaud Arbery, whose murder was covered up by corrupt prosecutors until the video was leaked?

Cops, famously, are the most protected class in the history of the United States. It’s arguably more dangerous to deliver pizza to a stranger than to enforce laws with the protections of a badge. Thanks to qualified immunity, non-existent oversight and monumental budgets, cops literally get away with murder all the time in our country. Unions, originally created to protect exploited workers (not corrupt state agents with endless budgets and forged overtime), are misused to protect toxic police rhetoric and, in turn, wreak havoc on Black communities and the oppressed.

And somehow you think cops are the ones oppressed? So much so, you decided to write Congress about how sick and tired you are of people hurting cops’ feelings?

It’s important to remind ourselves that you are, in fact, the Attorney General — otherwise known as the “top law enforcement official” in Texas — and any inherent self-serving judgment likely fuels your fighting against oppression that doesn’t exist for you and your white, Republican friends.

In fact, your letter later says, “There is no level of government better equipped to assess the challenges that law enforcement is facing or what improvements can be made than the government closest to the people.”

That’s your real concern, right? You’re worried about losing your power — and you’ll do anything to keep it.

Just know while you toil endlessly to sue the federal government over whatever Fox News’ culture shock of the week is, we’ll keep fighting until we see change, no matter how many pointless, tone-deaf letters you and your friends write.

Oh, and when those “bad apples” do finally get thrown into jail? We hope you’ll get dragged right along with them.

Congrats on your felony securities fraud case being moved back to your home base of Collin County, by the way!