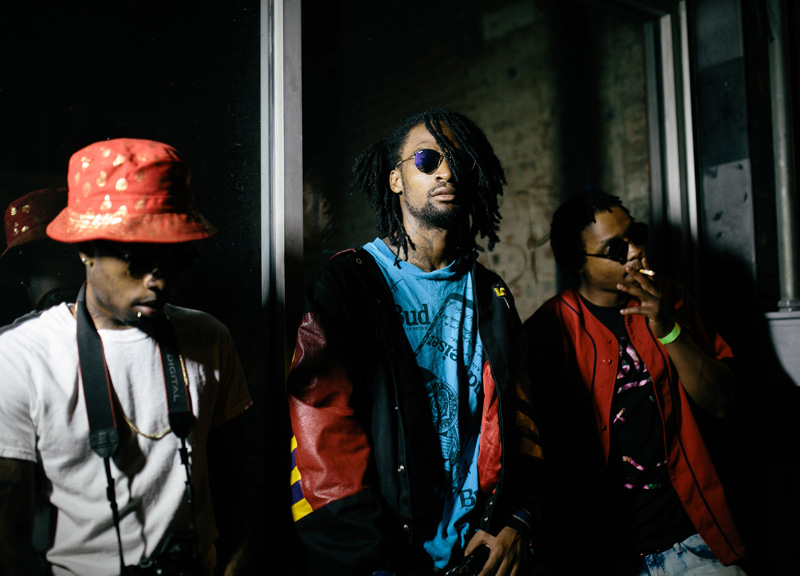 Scenes From Saturday's Father Show At The Prophet Bar.

There's a general sentiment that can be used to describe the scene of the Father show at Prophet Bar this past Saturday night: Namely, it was lit.

And, really, that colloquial expression could've been applied to just about every aspect of the night, from the performances to the overall temperature of the venue.

To say that it was hot in there is nothing short of an understatement. The intimate nature of the smaller side of Prophet helped to fuel that fire, as the mass of moving bodies crammed together made the highest setting of a sauna appear slightly more suitable this this setting. Everywhere you turned, there was evidence of the discomfort — from murmurs about the sweltering conditions and shirtless crowd-goers to increased water sales at the bar and people piled outside of the door for a quick breath of fresh air with their cigarettes.

Somehow, though, the heat almost felt like a purposeful tactic, considering that the Atlanta-based headliner is widely known for his Young Hot Ebony mixtape. And the intensity of the music was almost directly reflective of the temperature. Rather than dwelling on the climate of the space, each of the acts on the bill managed to capitalize on the heat with high-octane performances that were guaranteed to make the audience move. So, y'know, there was at least a reason to sweat.

And said movement was not contained to any one place, either, as people seized the opportunity to take the stage whenever possible. The most audience participation happened during local opener Dre Marlee, who brought upwards of a dozen crowd-goers onto the stage during his performance. The evening welcomed its fair share of moshers, too, each of whom reacted favorably to the high-energy, easily danceable beats of Crit Life, Team Next and Awful labelmate KeithCharles Spacebar (KC$B).

The number of people looking to thrash or rush the stage died down by the time Houston's Maxo Kream took the stage. As opposed to the rest of the acts on this bill, he brought about a sense of calm to the already rambunctious crowd with his smooth flow and bass-heavy beats. And his performance marked well the way for Father, as he appeared on stage to do his verse on Kream's track, “Cell Boomin'” at exactly midnight.

It was a bit of an awkward transition, though. Those with no prior knowledge of the track wouldn't have taken it as a cue for the headliner to come out.

Alas, it acted as such, and Father's sudden appearance played on his already mysterious persona and the increasingly disorienting climate within the space. Any calm that was brought on by the preceding act was quickly undone, and the venue was rapidly filled with excited patrons anxious to see the headliner. Oh, and I really mean that: The amount of moving bodies in the room appeared to double out of nowhere when Father hit the stage.

But no one seemed to mind, as they were more concerned with dancing to songs like “Who's Gonna Get Fucked First?” and the infamous “Look At Wrist.” And, to be sure, Father's brand of awkward charisma carried his dedicated fans through the dense humidity of the night, even as audience members gave into the heat and filed outside.

Then, as unexpectedly as Father took the stage, he left just as abruptly, leaving fans in puddles of perspiration and confusion when he did. Still, he exited on something of a euphoric note. His was a quick performance, but a satisfying one. And despite whatever complaints were made about the blistering temperatures, all that mattered was that the music lived up to standards.

Yup. It was lit, indeed. 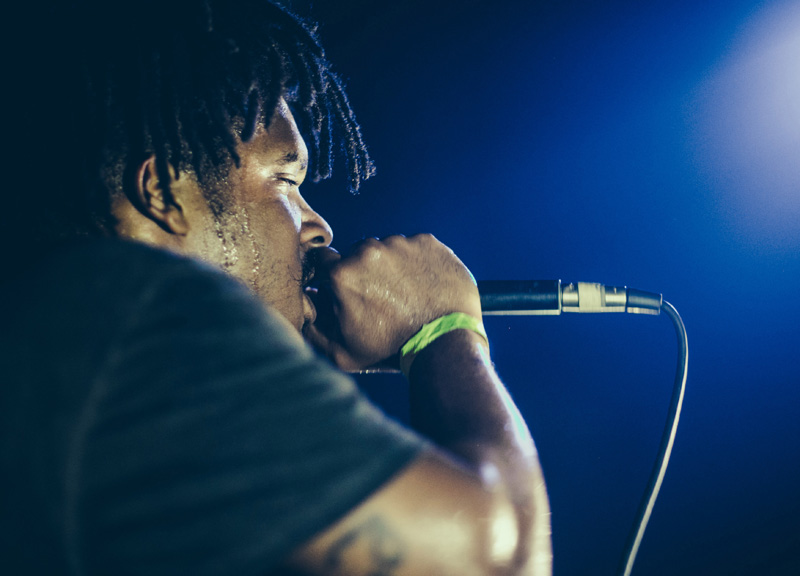 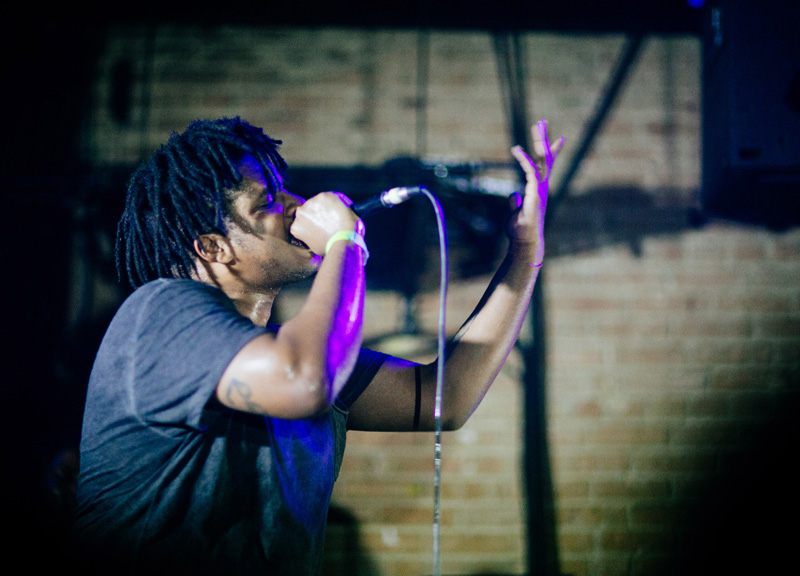 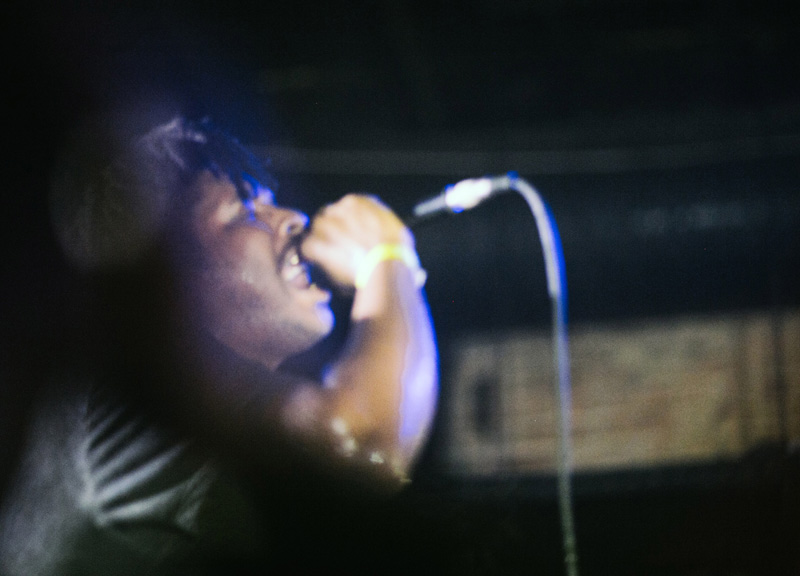 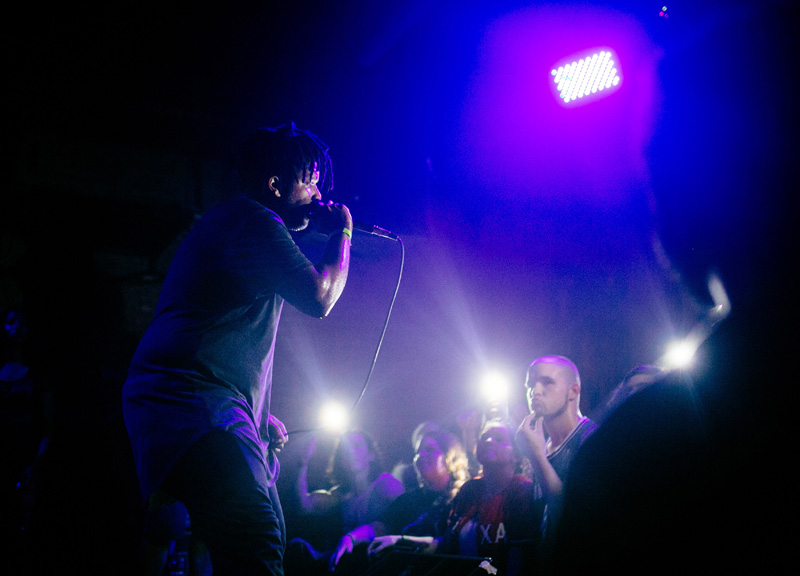 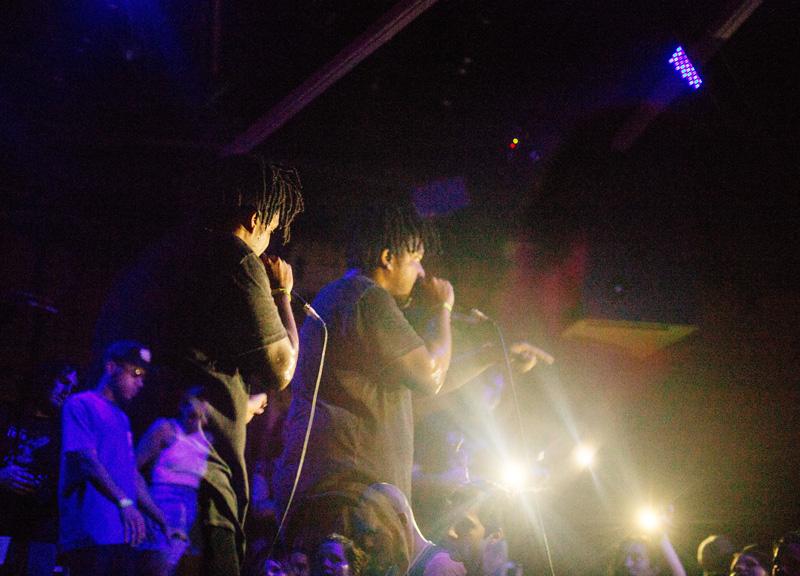 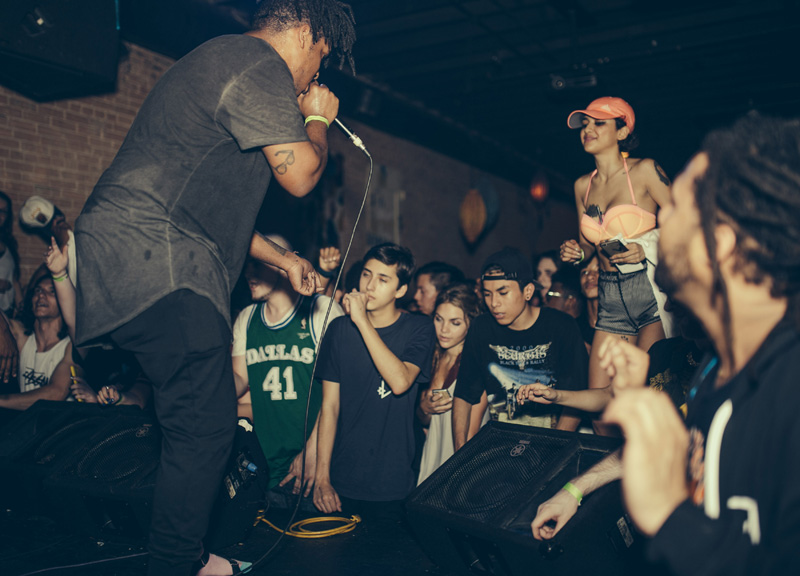 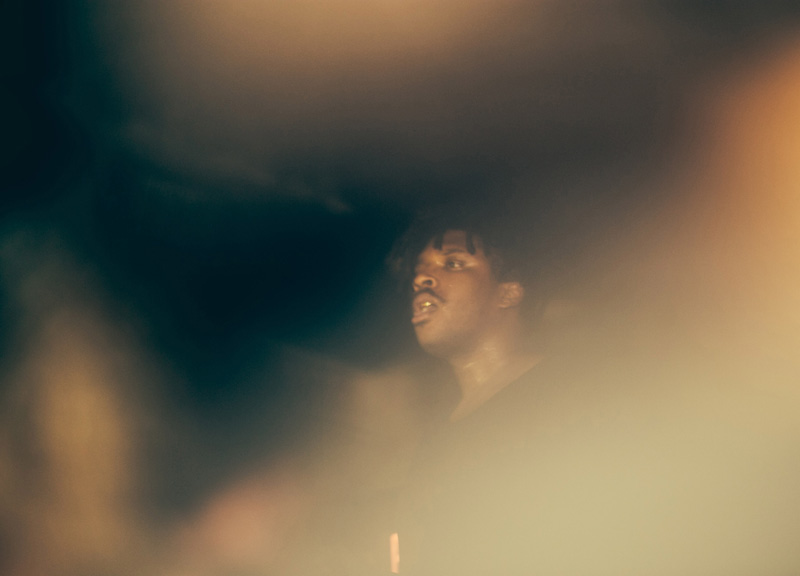 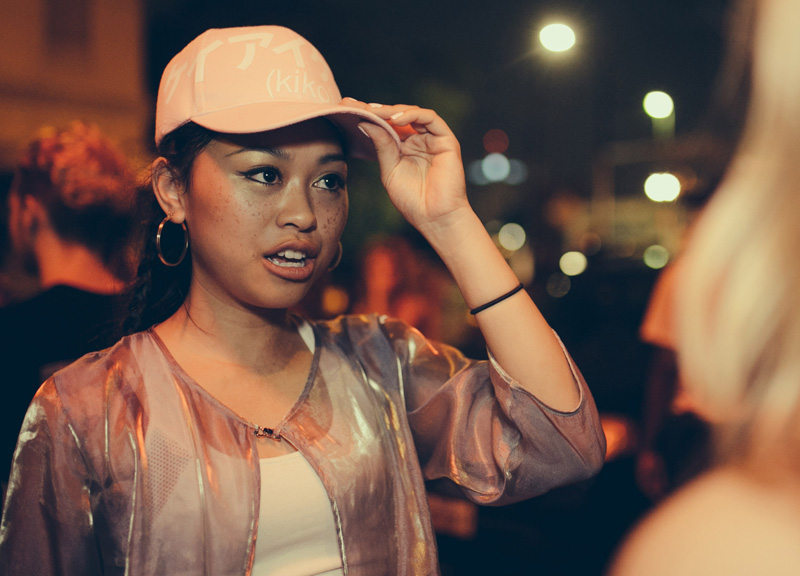 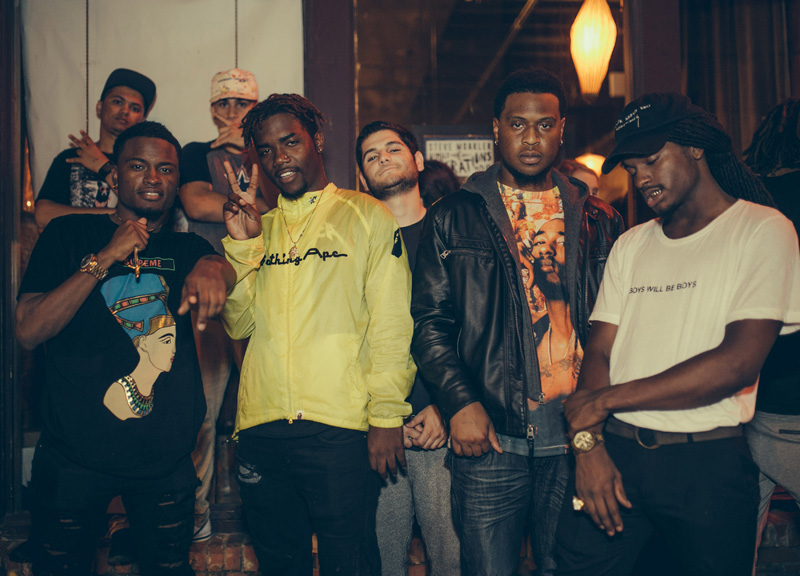 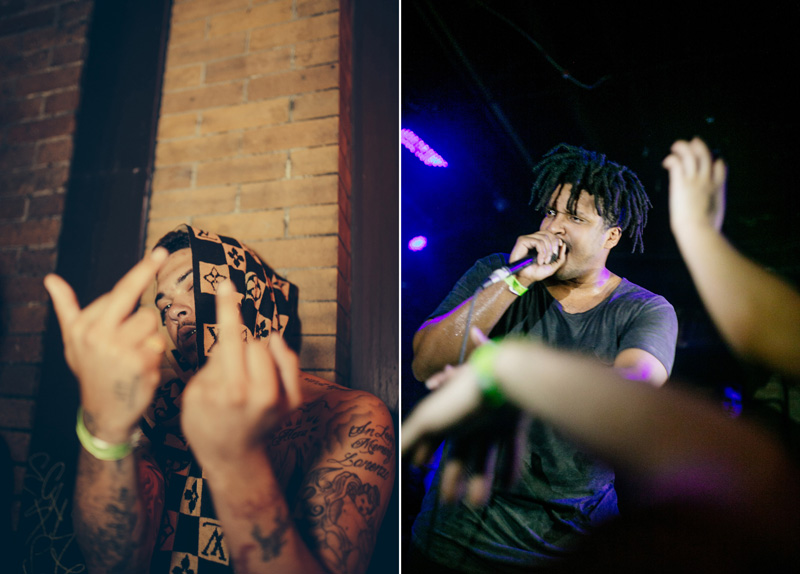 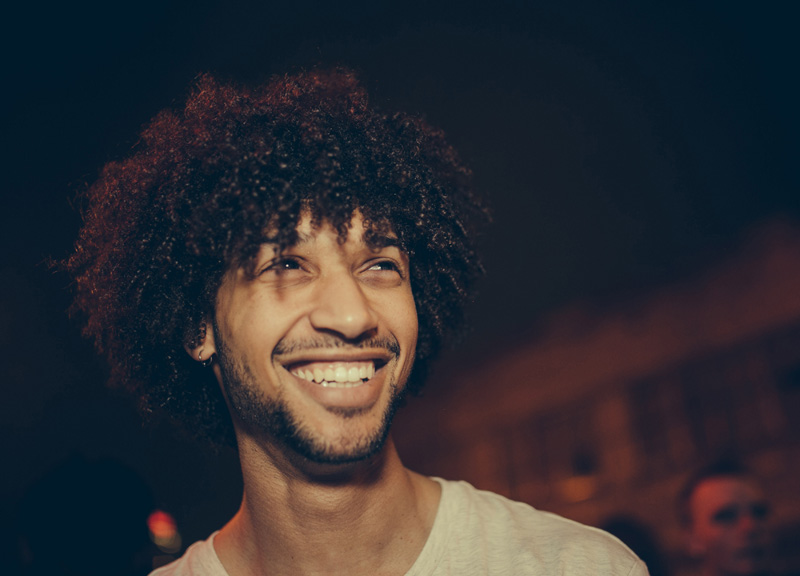 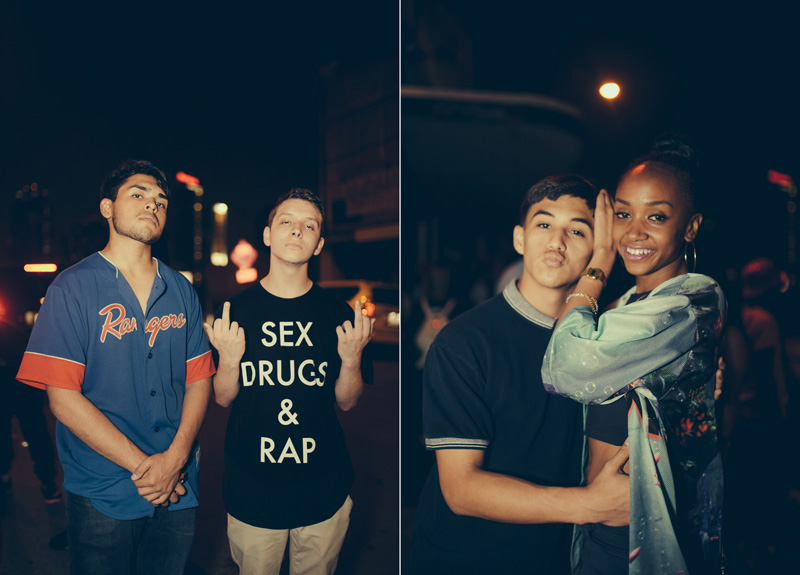 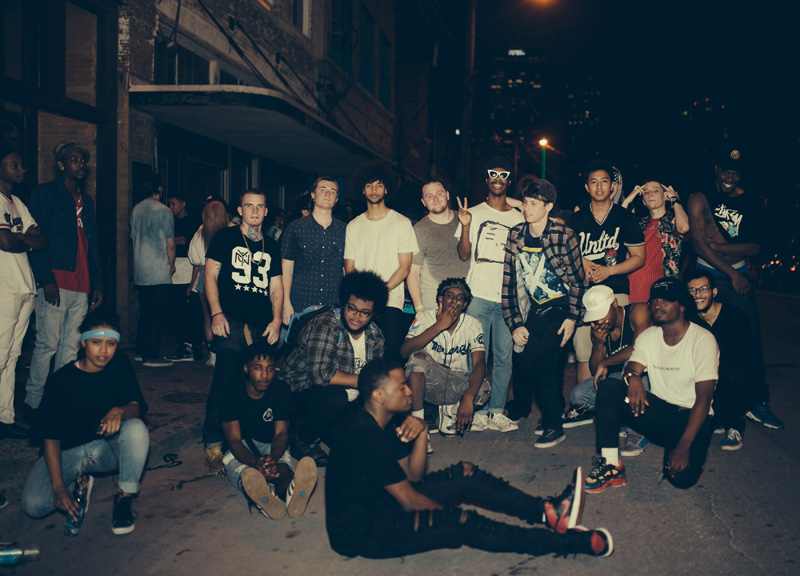 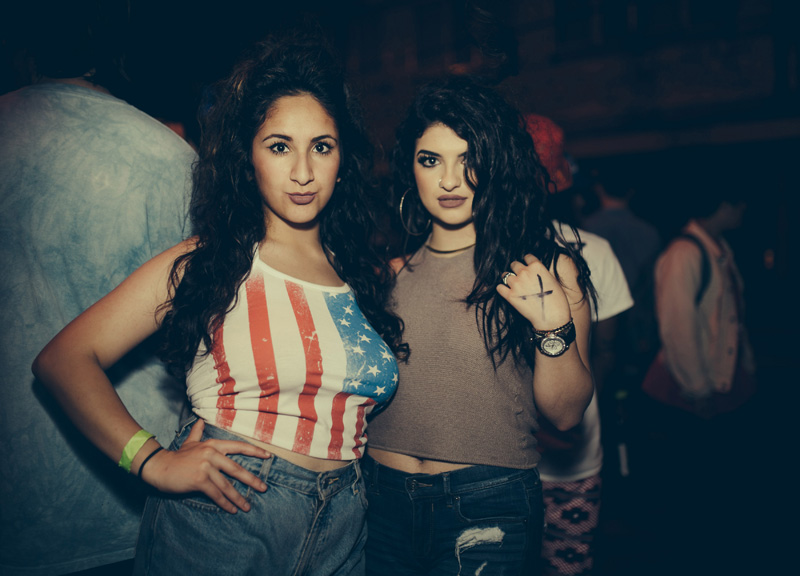