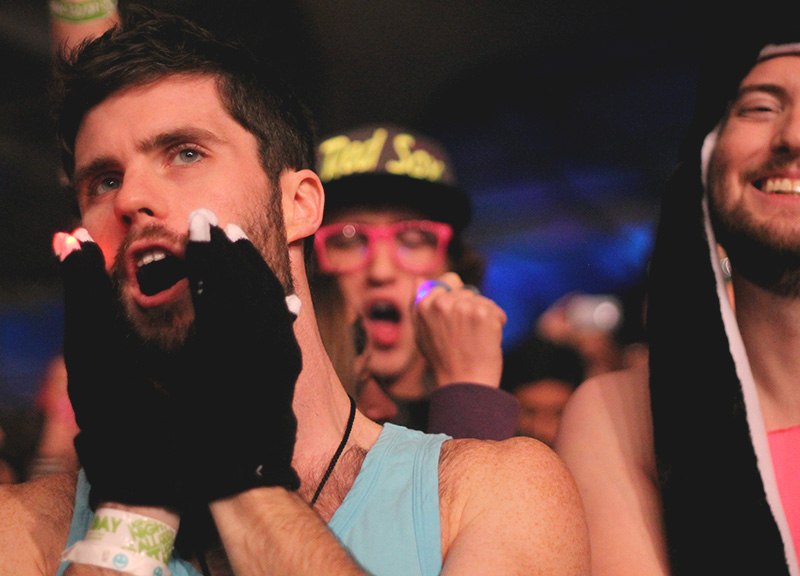 Scenes From Lights All Night 2012.

Well, the numbers are in and, now that it’s all said and done, the folks behind Dallas’ three-day, four-stage, EMD-focused Lights All Night festival claim that some 50,000 folks made their way in and out of the Fair Park-hosted affair this past weekend.

That’s more or less the same amount of people as live in DeSoto, which is either a remarkable or a not even remotely surprising thing, depending on how closely you’ve been paying attention to the plethora of “EDM: So hot right now!” think-pieces that have been popularizing the music press in recent years.

This much, however, is certain: Since launching two years ago as a standalone Ghostland Observatory show, the affair has grown into the largest EDM-centric New Year’s celebration around the globe. And it’s seen an exponential growth, too. Last year, it made a splash as a two-night New Year’s Eve celebration. And this year’s three-night offering hardly felt excessive; it felt demanded.

Without even trying to grasp the scope of the pull of this festival, that much was evident throughout all corners of the event’s sectioned-off area of Fair Park. Attendees proudly told everyone they came across just how far they’d come to party at this affair; there were Houstonians aplenty, Oklahomans everywhere you turned and, perhaps most surprisingly, even a handful of Aussies ambling about.

More important: They all seemed to be enjoying themselves, undeterred by the seemingly disappointing late reveal that the city had determined that each night of partying would have to come to an end at midnight (the lone exception being New Year’s Eve itself, when the city allowed for the partying to continue an extra half an hour later).

The possible storyline there: Even for the most rabid of EDM fans, eight hours of EDM per day just might be enough.

On site, though, you’d never guess there’d be an end to this crowds’ consumption of all things EDM-related. All of the stages were well-attended, all of the vendors (and there were plenty, especially by the “Hangar” stage) were busy and all of the performers seemed stoked to be there.

It was, well, not at all unlike any past EDM affair in Dallas in recent years. The crowds were respectful — shocking only to, perhaps, the worried suburban parent crowds — despite their close proximity to one another and the fairly open drug use, which, it could be argued, was more for show than anything else (see: the prevalence of sunglasses and T-shirts with the phrase “Have you seen Molly?” on them, referencing the drug MDMA.) Much as drug use is glamorized in this scene, it seemed people were hip to the dangers, too — perhaps especially so given the time of year in which this event takes place. Much like the regular drunk driver who takes it easy or hires a cab to take him home on New Year’s because he’s “more worried about everyone else,” this crowd seemed mostly high off of the environment and less drug-fueled than your typical all-ages dance club crowd, really (and maybe only slightly more drug-fueled than your typical hip-hop show, for instance).

It’d almost be understandable if people did actually need drugs to keep this affair from feeling repetitive over the course of its perhaps-excessive three-day run. Much as the EDM community likes to discuss at length the distinct sonic differences between on DJ/producer and another, the truth is, as a whole, this event didn’t exactly paint with incredibly broad brushstrokes. Sure, certain acts when “harder” (Feed Me, Zed’s Dead), certain ones were poppier (Calvin Harris), certain acts were more traditonally house-oriented (Tiesto, Aviciii) and certain acts were more hip-hop-inclined (A-Trak and Diplo). But how many times, really, must one hear a DJ drop Harris and Rihanna’s “We Found Love” before it starts to get tired? (Three times for this writer.) Perhaps the most surprising thing about Lights All Night as a whole was the fact that songs from the Yeah Yeah Yeahs were so regularly offered up as part of these many DJs’ sets (I caught “Heads Will Roll” and “Zero” no fewer than three times each).

But this is a consumer culture, the EDM crowd. So long as it’s kinda like what they’re looking for, they’re OK with it — assuming it has a beat and maybe some neon coloring and maybe even some fur if that’s not too much to ask.

And therein lies the genius of Lights All Night, which seemed, it should be said, to be fully on top of its game from the production, staging and organizational standpoints. This event, it would appear, is less about offering crowds exactly what they want and more about giving them the chance to find that out for themselves in a safe, well-run environment. Because, you give them that, and, assuming it doesn’t completely suck, they will enjoy it. Because there are big names and talents attached. And Fair Park is pretty cool when lit up all neon-like.

And, hey, people are gonna go out on New Year’s, anyway. Might as well do so while pogo-ing amongst friends in lingerie. 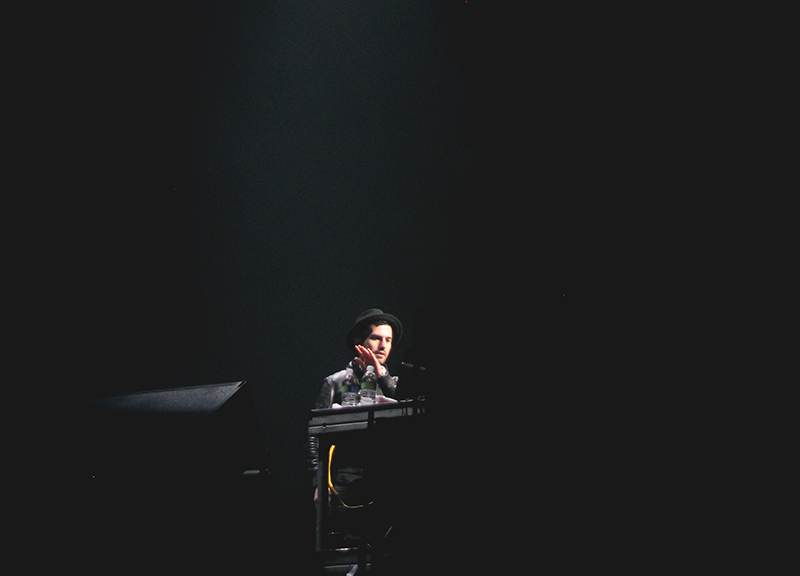 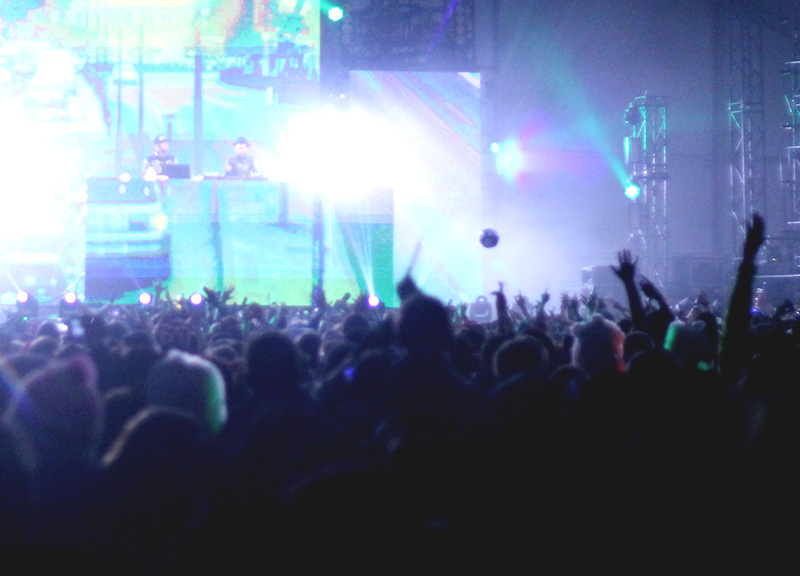 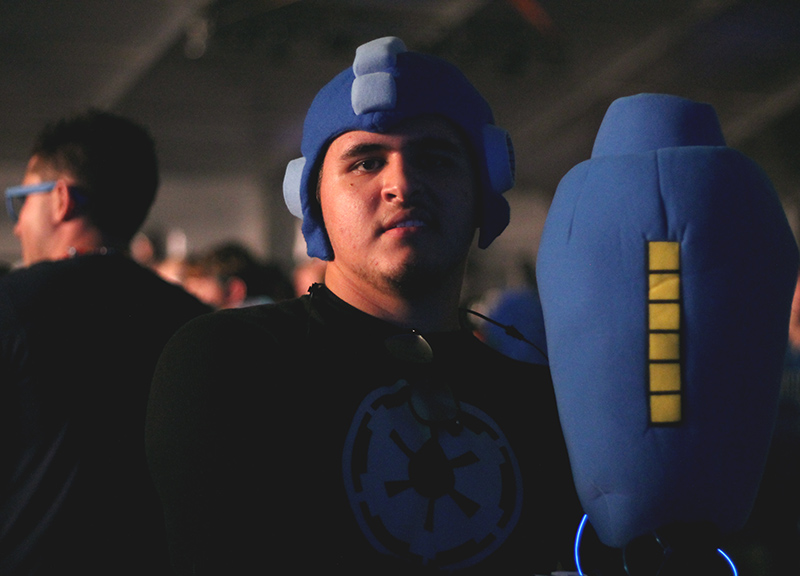 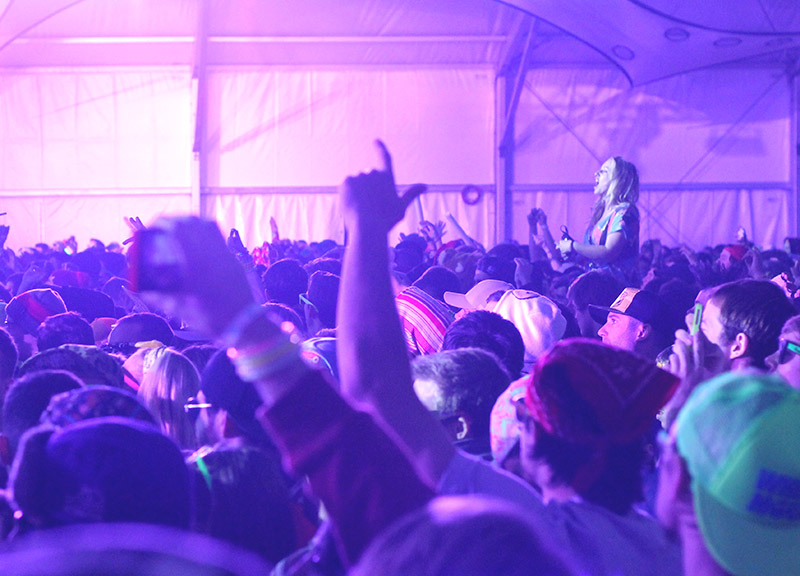 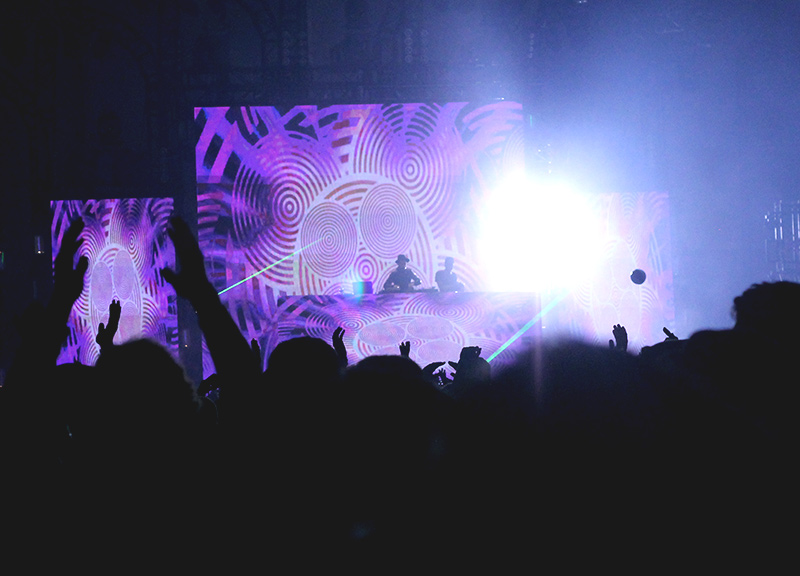 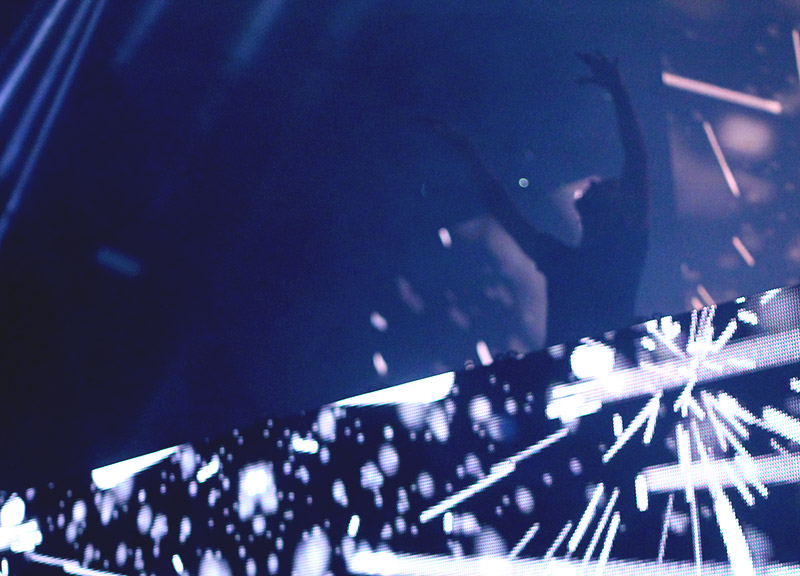 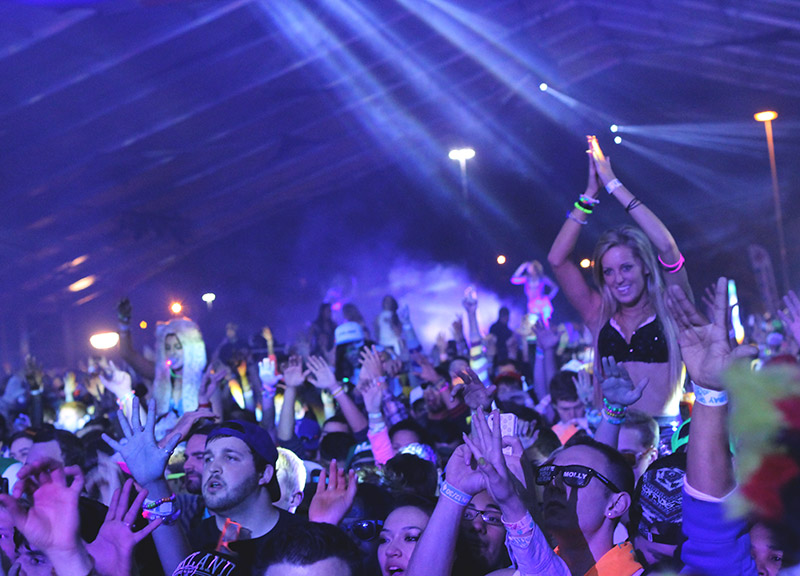 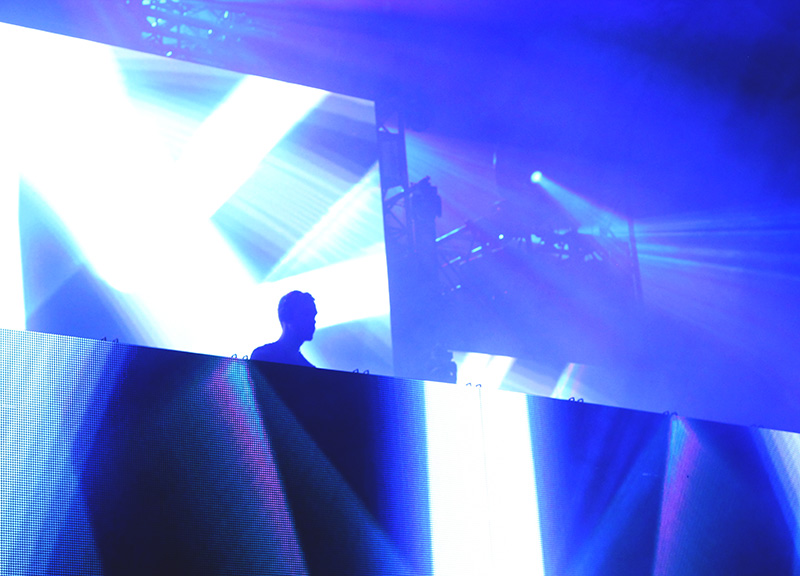 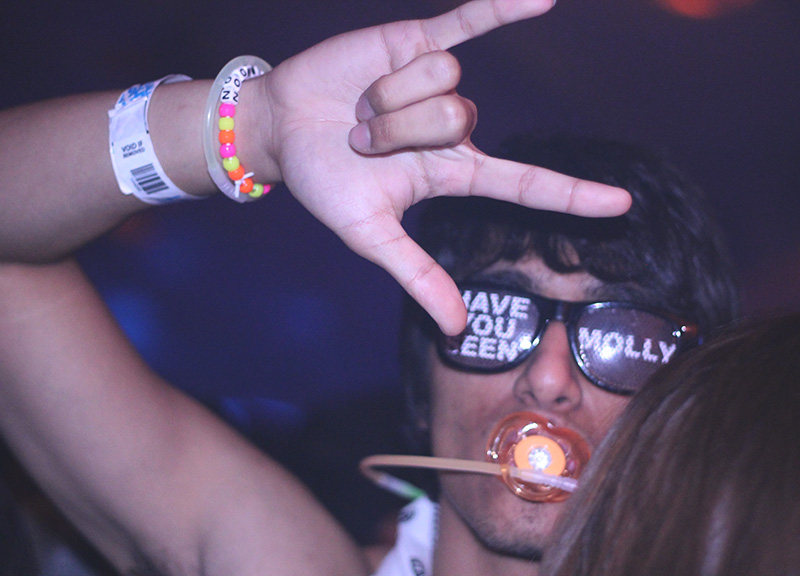 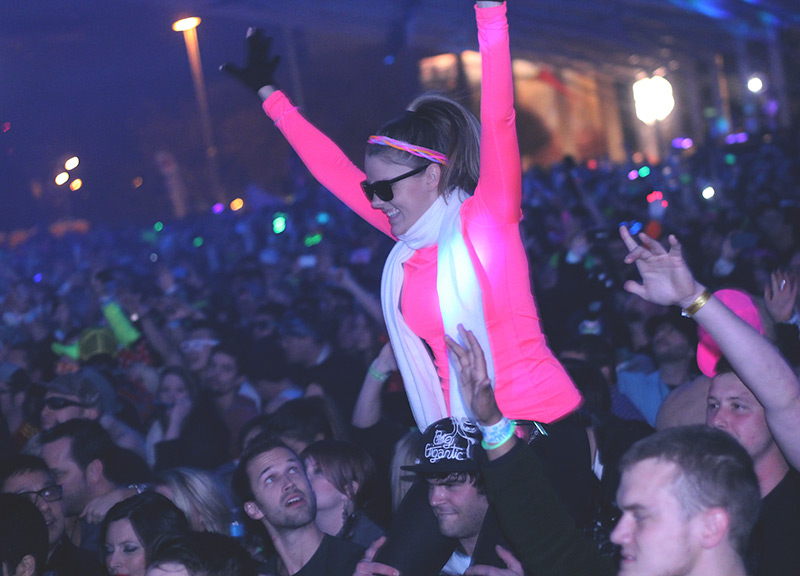 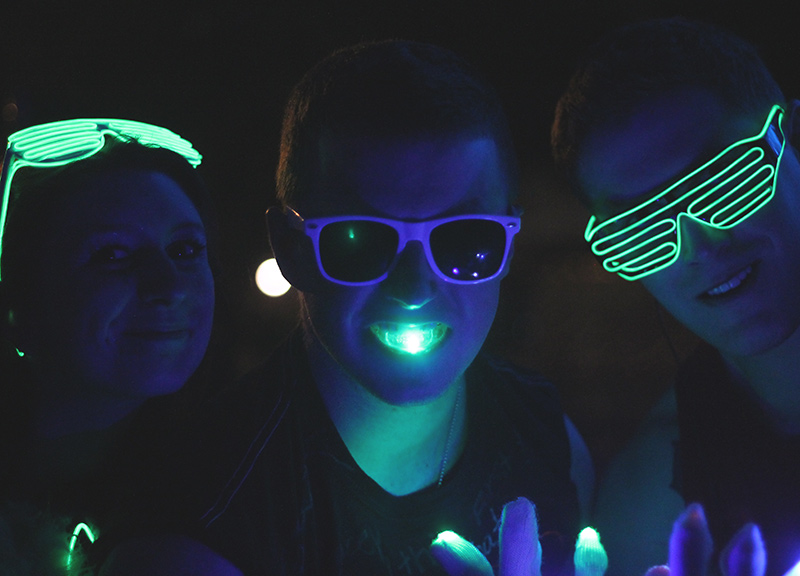 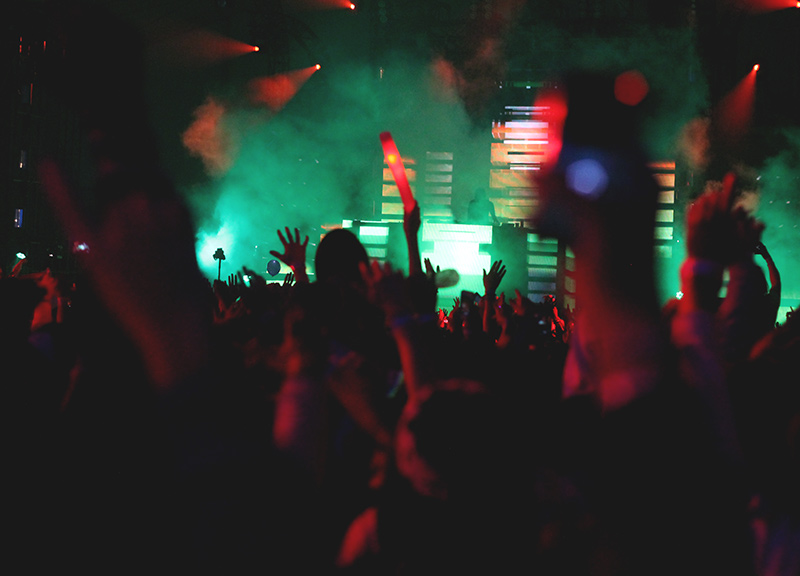 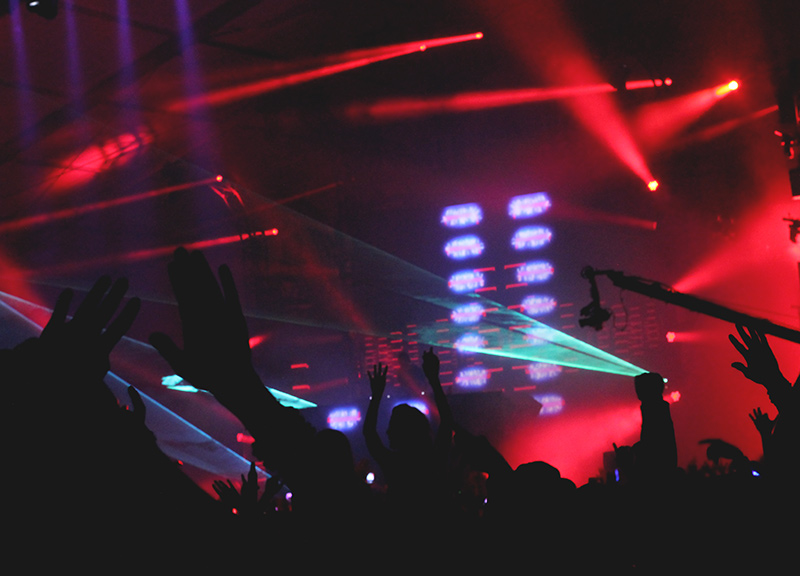 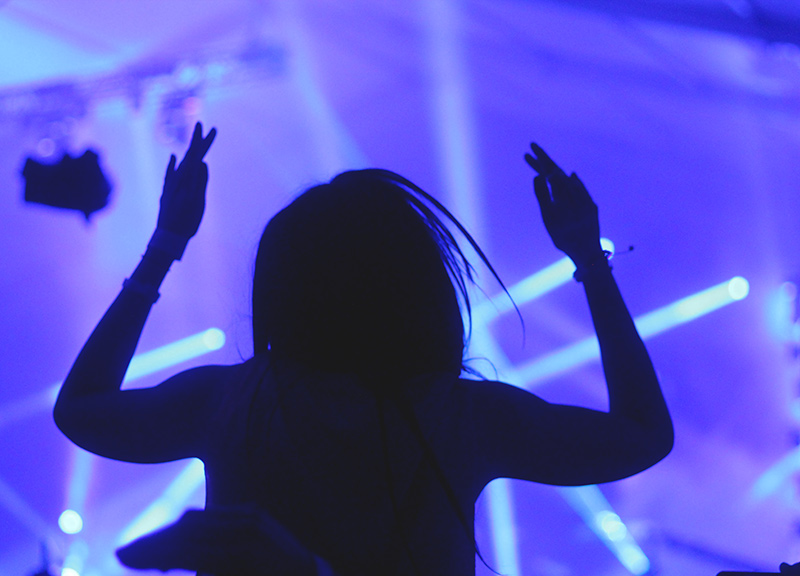 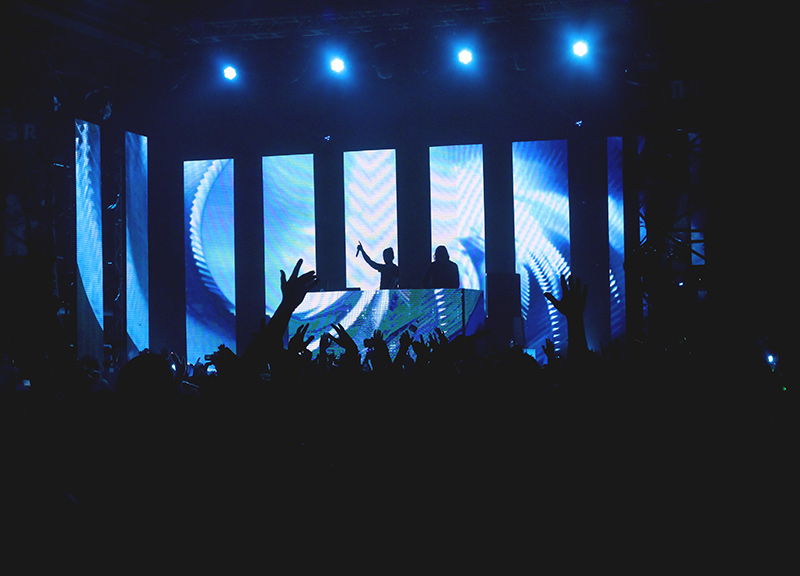 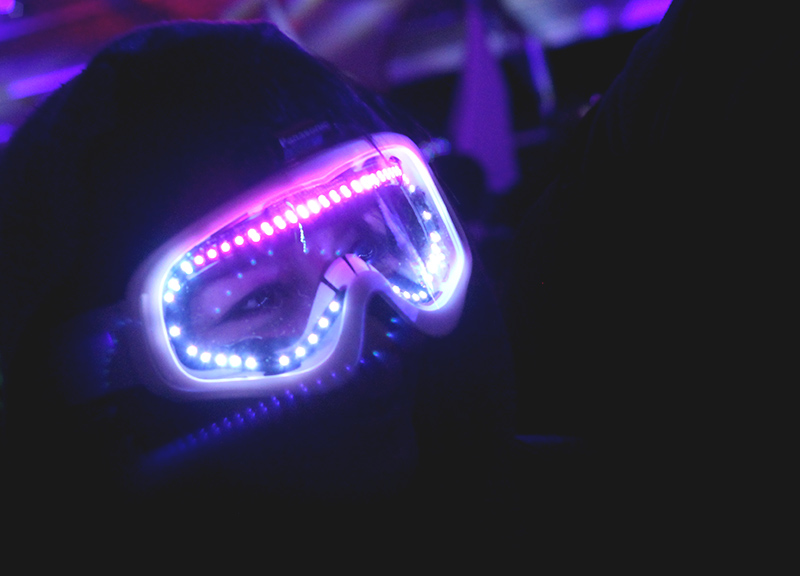 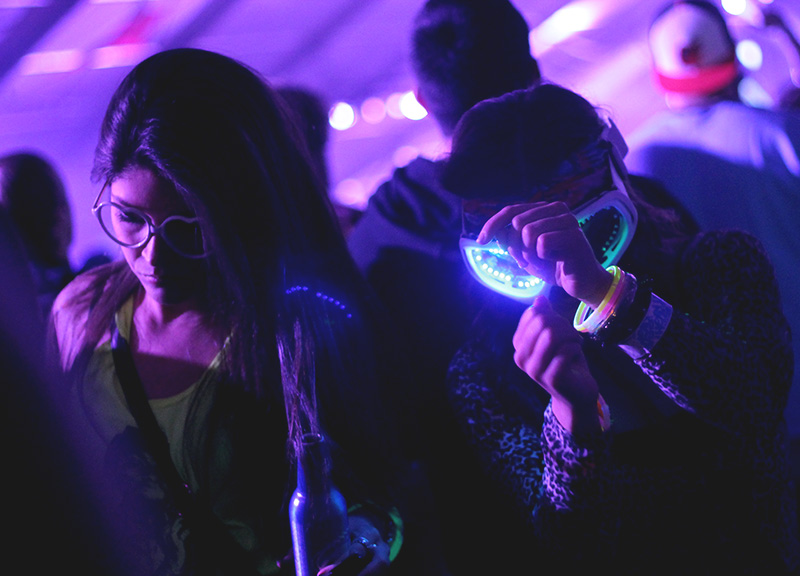 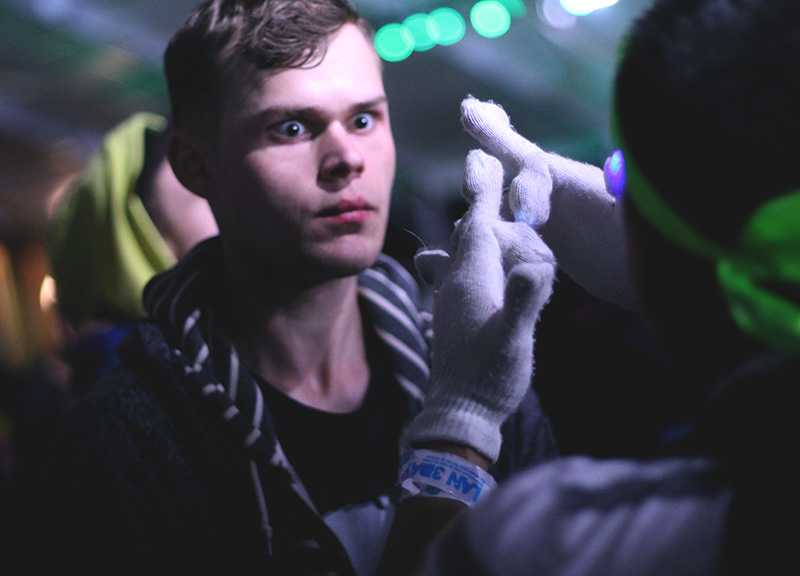