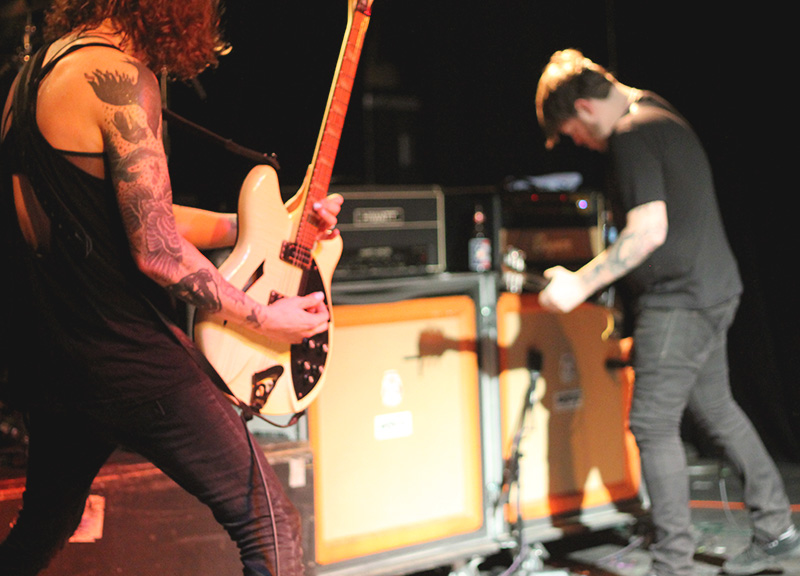 Scenes From The Raucous Against Me! Show at the Prophet Bar on Saturday Night.

Passing by La Grange in Deep Ellum on Saturday night, you might've noticed something out of the norm: The room, which had been promoting a show from Nevada rock outfit Cobra Skulls and others, was dark, its bar stools never even removed from their cleaning-time position atop the bar.

There was, of course, an explanation: The show had been moved and merged together with the show going on a little ways down the road in the Prophet Bar's big room, turning what was initially planned as a three-band bill into a five-band mega-bill.

Still, for the most part, things were relatively calm in the big room throughout the night as touring acts Elway, Water Tower, the aforementioned Cobra Skulls and Fake Problems blazed through their sets.

Then Floridian punks Against Me! took the stage — and triumphantly at that.

Why not? Though still touring in support of 2010's White Crosses, the band has a number of reasons to be proud of late. Earlier this year, the four-piece launched an uppercut into the face of gender norms as frontman Tom Gabel came out as transgendered, openly identifying himself as a woman and changing his name to Laura Jane Grace.

So, yeah, there was a curiosity element at play when Against Me! began their set. Almost immediately, though, that sentiment dissipated as the crowd instead became swept up by the band's token brand of aggro-punk. All to happy to please, the band ran through their entire catalog with vigor, back-loading their sets with fan favorites “Thrash Unreal,” “I Was a Teenage Anarchist” and “Miami.”

And throughout Grace came off same as she ever has — energetic, aggressive and, most of all, eager to be heard.

The crowd, surely aware of Grace's sex change — evident on this night only because of a slightly more feminine tank top than Gabel might have worn previously, plenty of eye makeup and longer hair — was unfazed by the change.

If anything, actually, they were only further enthused by it. At one point, just prior to diving off the stage and crowd surfing, a male fan slugged through the mosh pit in front of Grace, climbed onto the Prophet Bar stage and softly kissed the singer on her cheek as she vigorously strummed away on her guitar and extended her cheek out to welcome his offering.

It was a heartwarming moment. The whole set was, really.

Punk rock may be a watered-down concept in today's day and age. But at this Against Me! performance at least, the crowd was all too happy to revel in Against Me!'s take on it.

“Do you remember when you were young and you wanted to set the world on fire?” Grace asked the audience through her lyrics during “I Was a Teenage Anarchist.”

And, on this night, yes, everyone did. 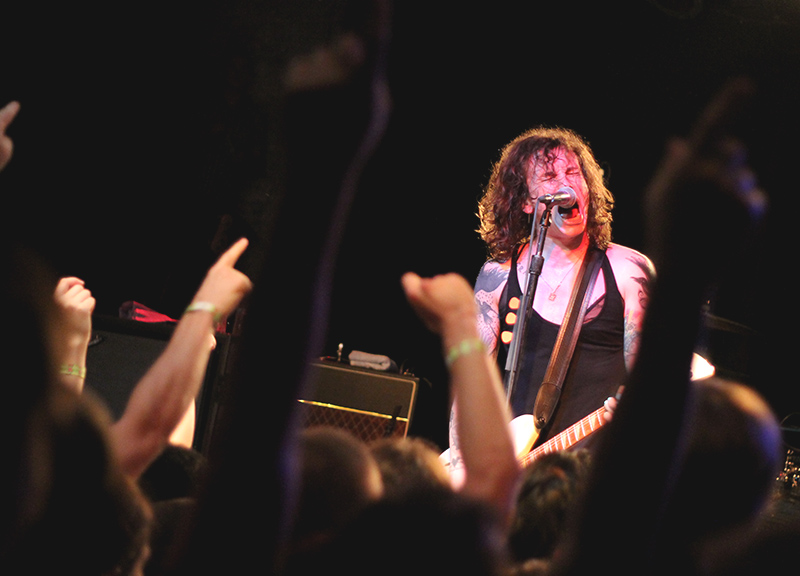 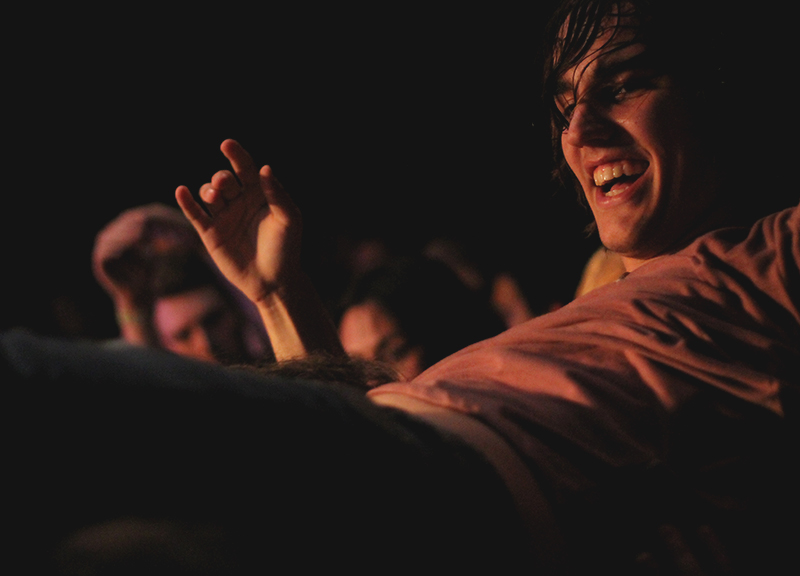 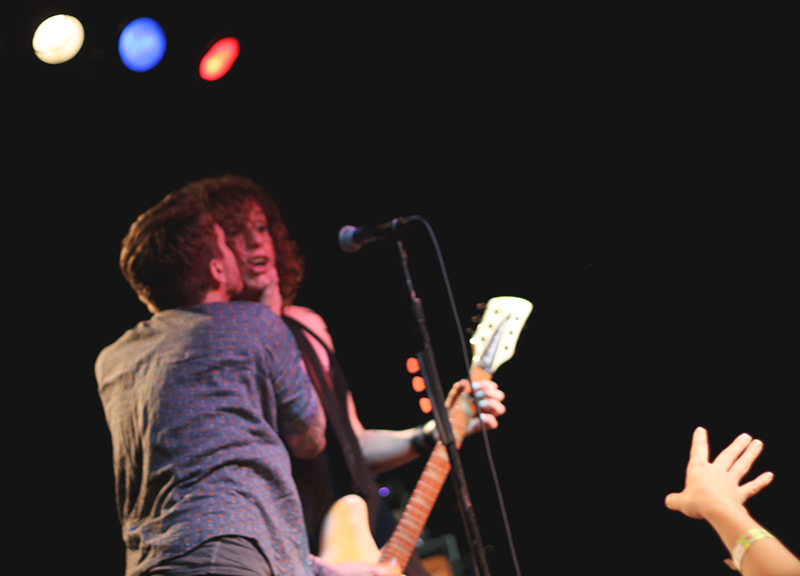 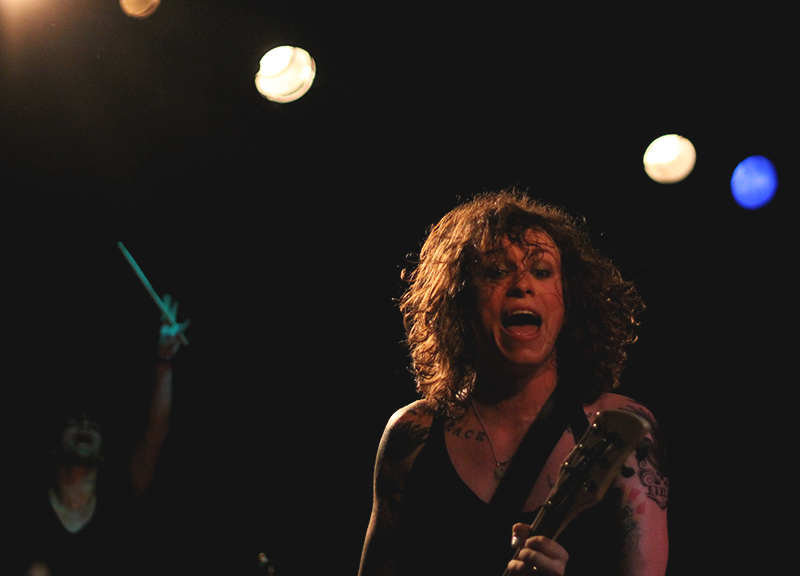 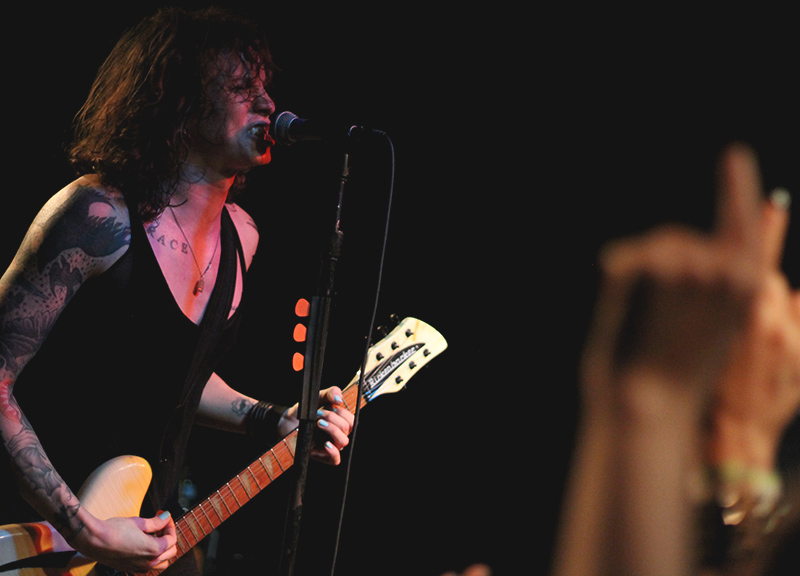 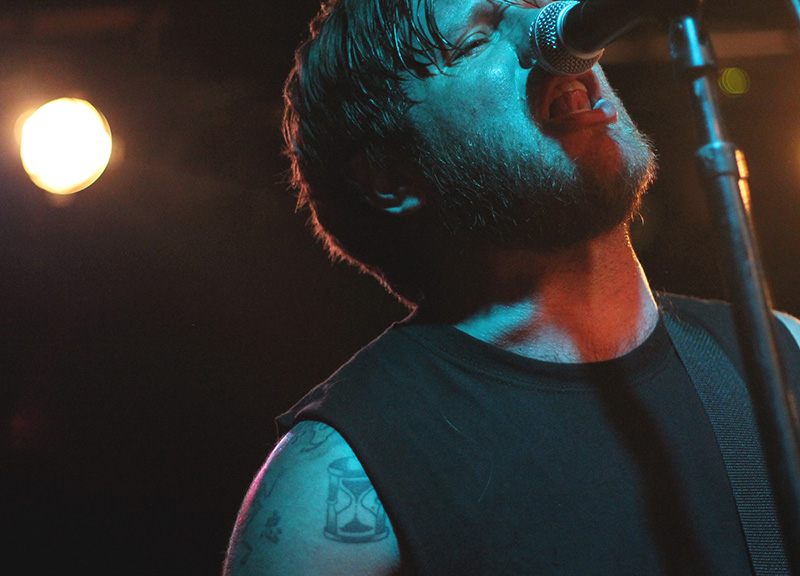 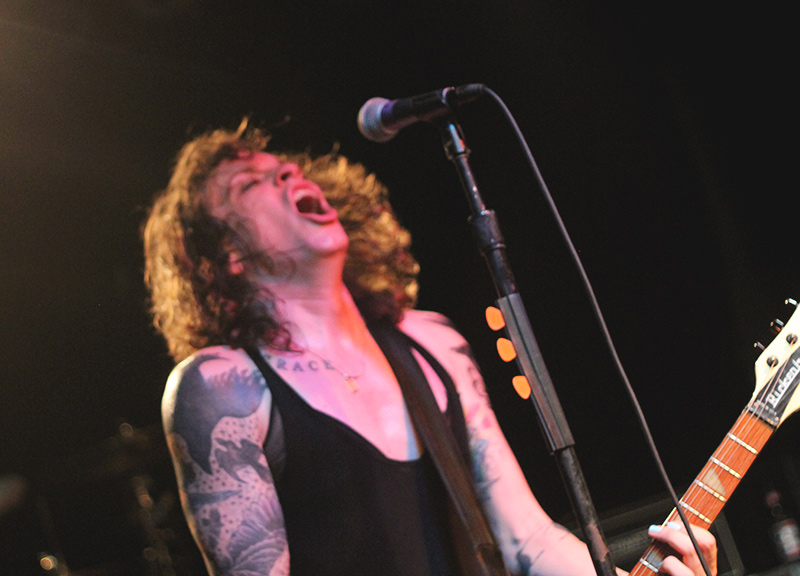 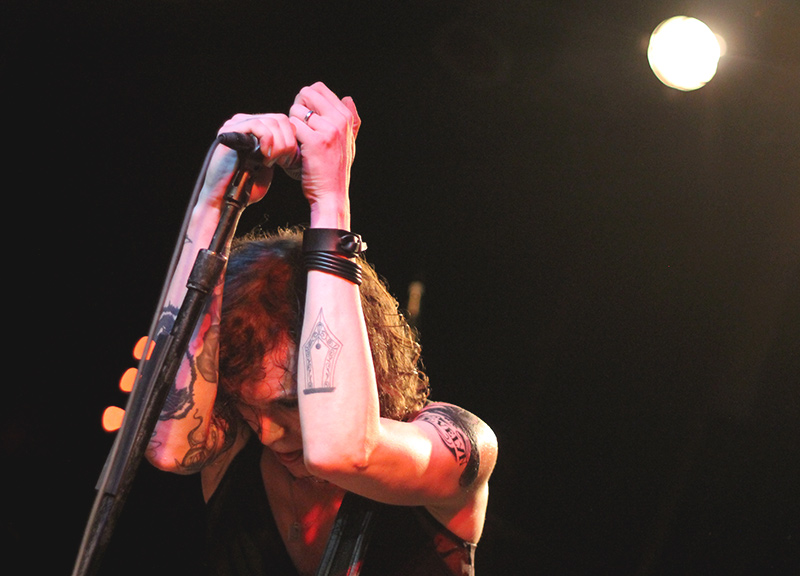 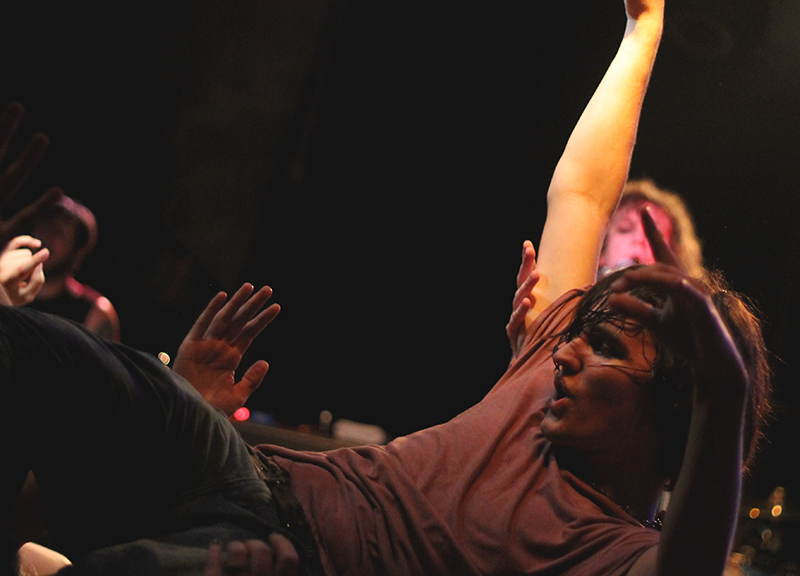 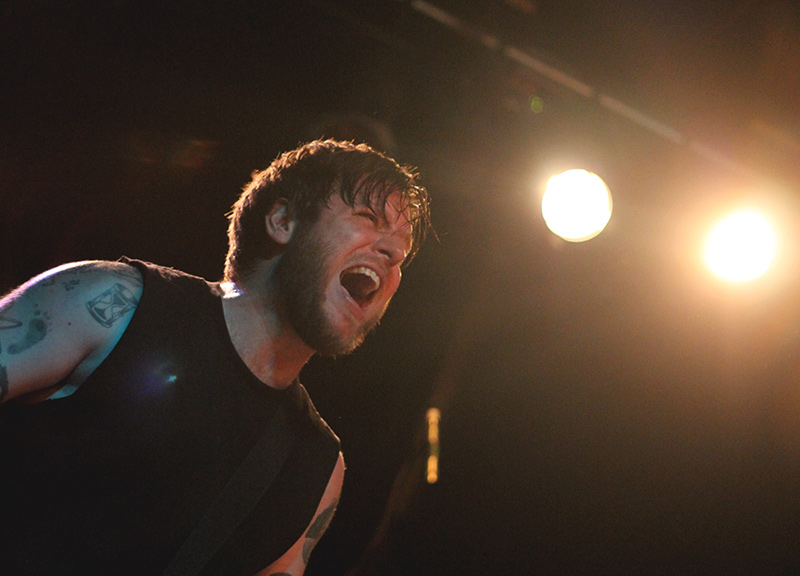 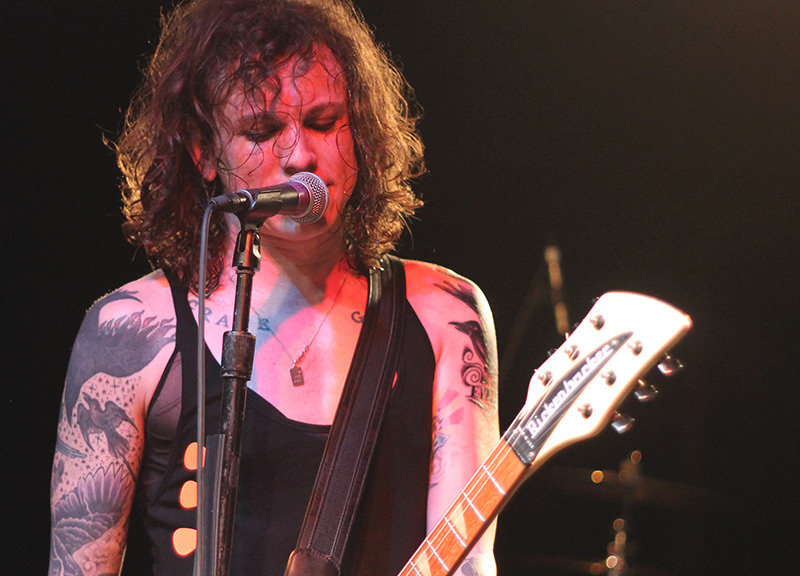 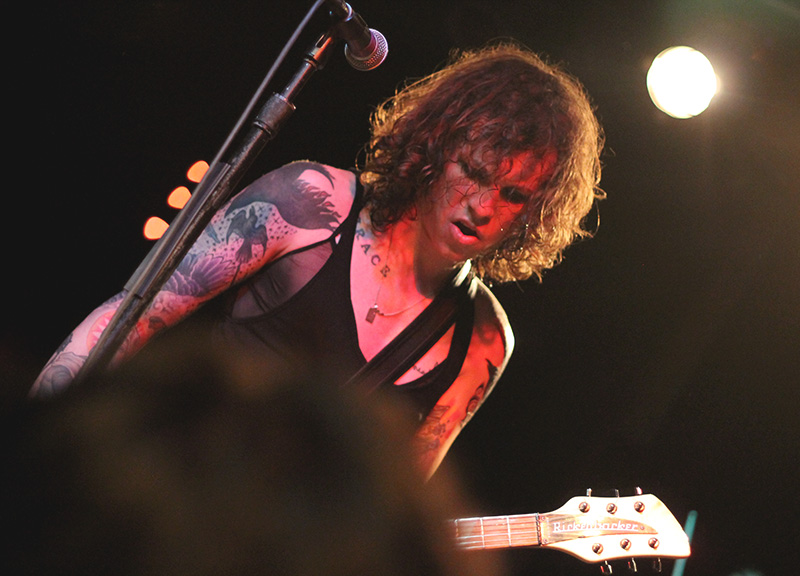 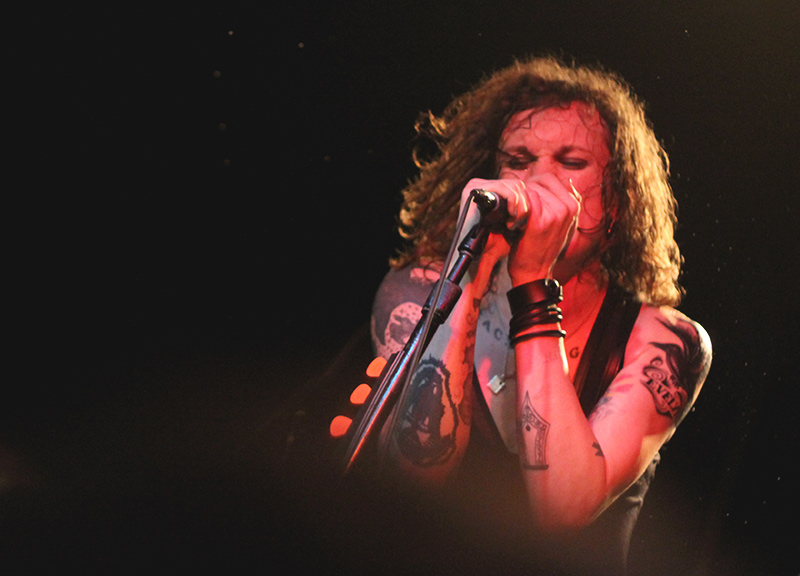 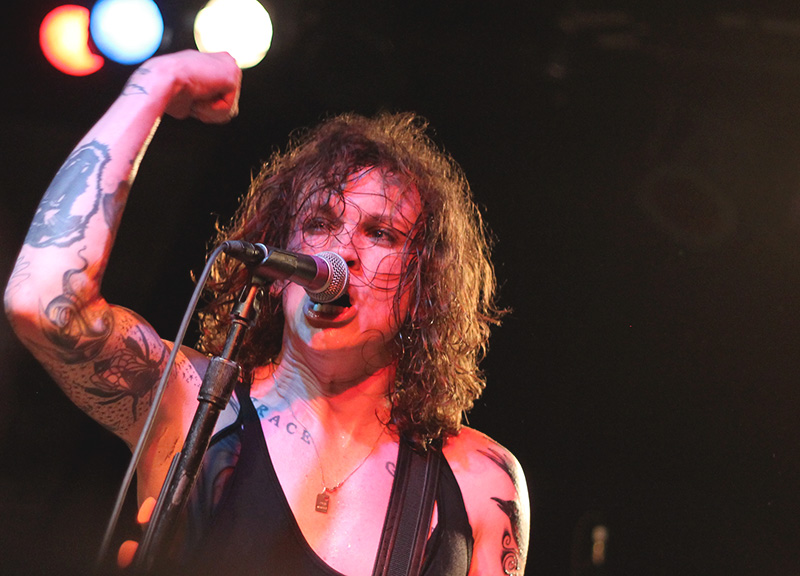 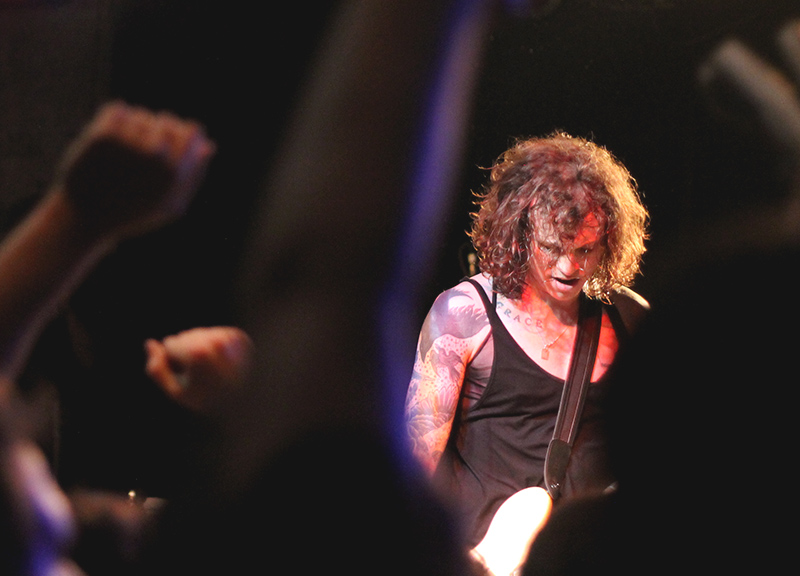 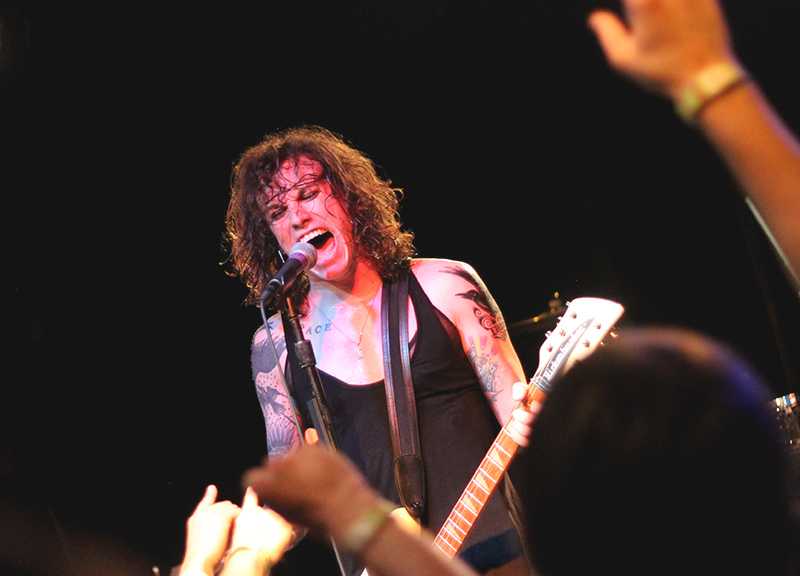 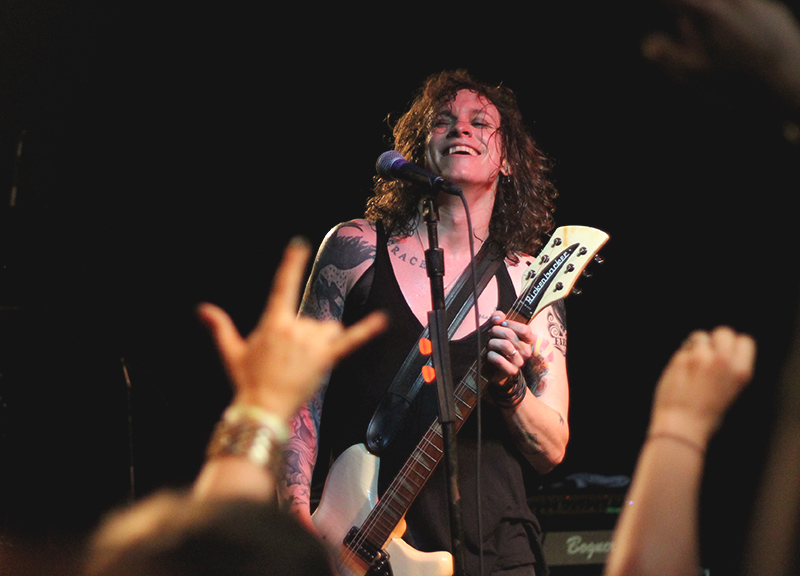 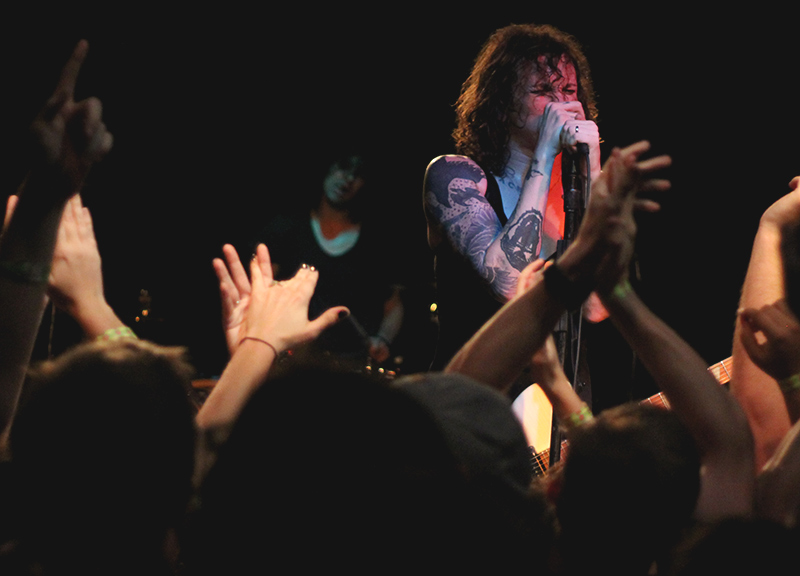