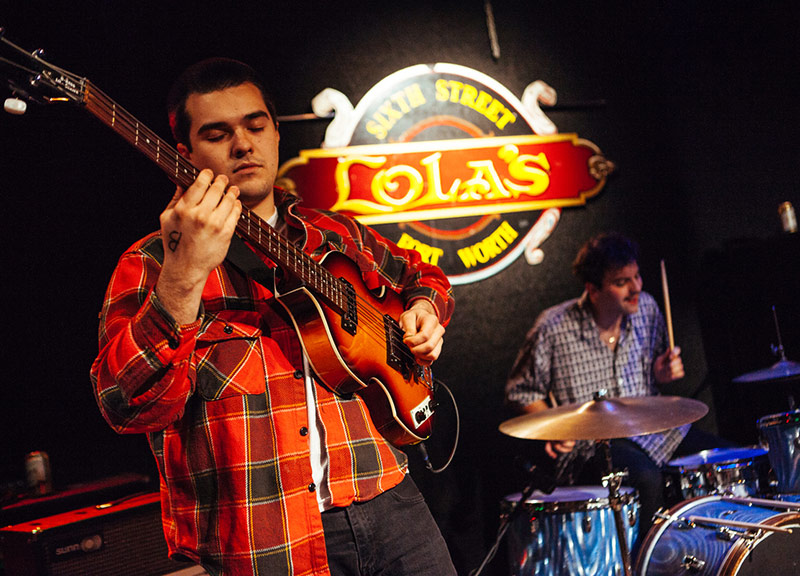 Scenes From Last Night's Crazy Mac DeMarco Show at Lola's in Fort Worth.

And, well before its start, based on the line outside of the venue alone, you just knew that this night would be an electric one. DeMarco's most ardent fans congregated in front of the venue as early as 7:30, forming a line that stretched almost a block long. Crazy stuff considering that local shredders Fungi Girls wouldn't take the stage until 9:30. But it had its pluses — like the fact that, by the time Fungi Girls launched into its set, the venue had already reached capacity.

Fungi Girls capitalized on this fact, too, delivering a highly energetic set that set the tone for the night, melting faces left and right and warming up the crowd. Juan Wauters followed, bringing something of a weirder vibe to the night thanks to his DIY lighting show and stage backdrop, which featured an American flag and a cut-out of '80s pro wrestler Kamala. A native of Uruguay, Wauters sang his simplistic, so-bad-they're-kinda-good narratives in both Spanish and English, eventually winning over his crowd in the way that only a B movie can.

DeMarco's offering was, in the simplest terms, more straightforward than that. At 11:30, he made his way to the stage, a cigarette in one hand and a beer in the other, thanking fans left and right as he passed.

He set then proceeded to launched into Salad Days single “Blue Boy.” And you've got to give it to him: The guy's a showman. His crowd control last night was just fantastic — even in the face of broken guitar strings and flubbed keyboard solos, both of which DeMarco simply laughed off as they happened. His backing band helped, too: When not taunting DeMarco for his errors, they took over the spotlight in his stead, at one point even covering Coldplay's “Yellow,” just for yuks.

Still, it was ultimately DeMarco's laidback demeanor and self-effacing mentality that afforded his band this leeway. His is just an inviting and warm onstage persona; he addressed individual audience members personally from the stage, taking requests and, ultimately, succumbing to their demands that he play “My Kind of Woman,” a song he claimed not to have played in some time.

And it the ante was only upped from there. By the time he reached “Together,” the last song of his set, this sweaty Lola's crowd got a pleasant surprise as DeMarco dived on top of them and maneuvered his way toward the middle of the room, where he somehow made his way up toward the ceilings rafters and, for a brief, exhilarating moment, hung upside down, overlooking the room like some sort of bat out of hell.

At that point, the passionate crowd, already in a fervor, flipped its shit. And, much as DeMarco shined in this setting, it was the audience that was the star at this show. These fans were great: They stage dove, they danced and they loudly sang along in unison their favorite tunes. One fan even traded hats and beers with DeMarco at one point.

It was, in all, just a fine, fine, fine time. Not bad for a Monday night in Fort Worth, that's for sure. 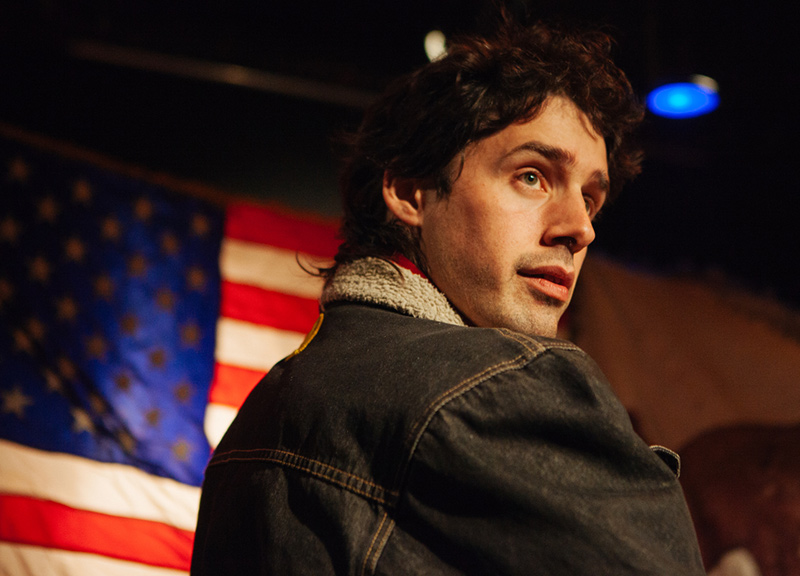 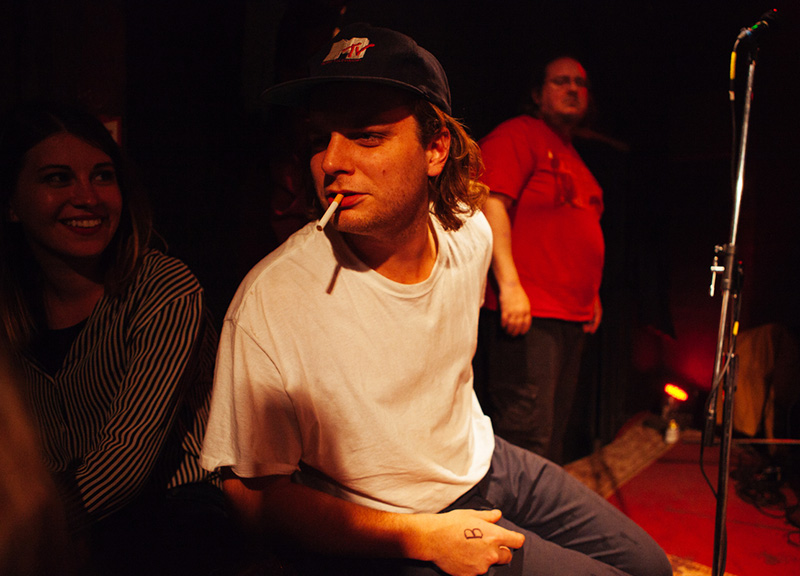 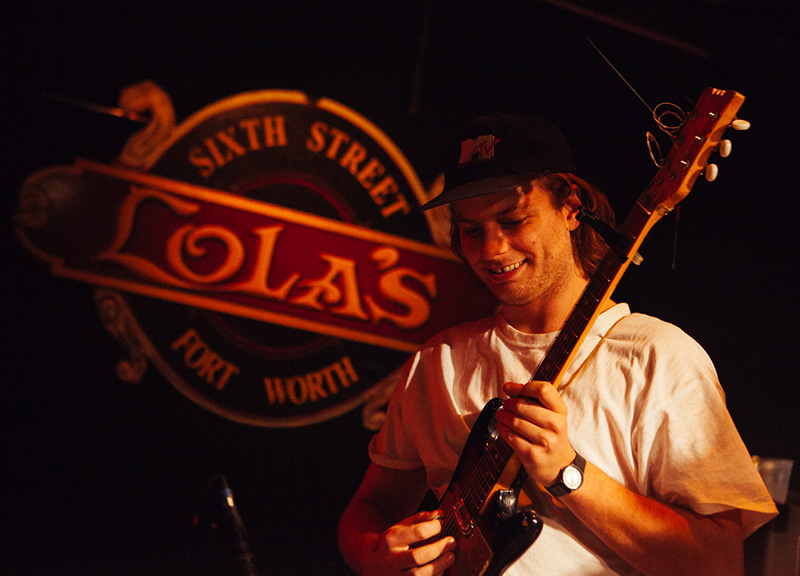 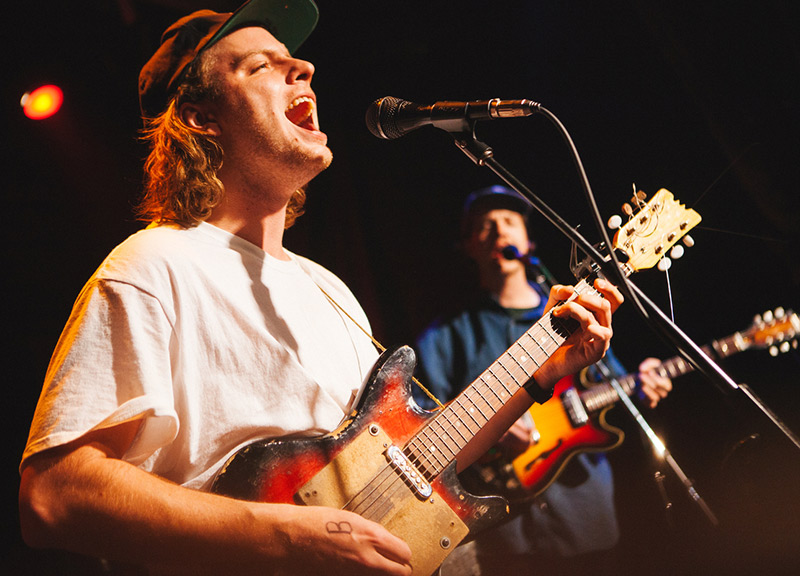 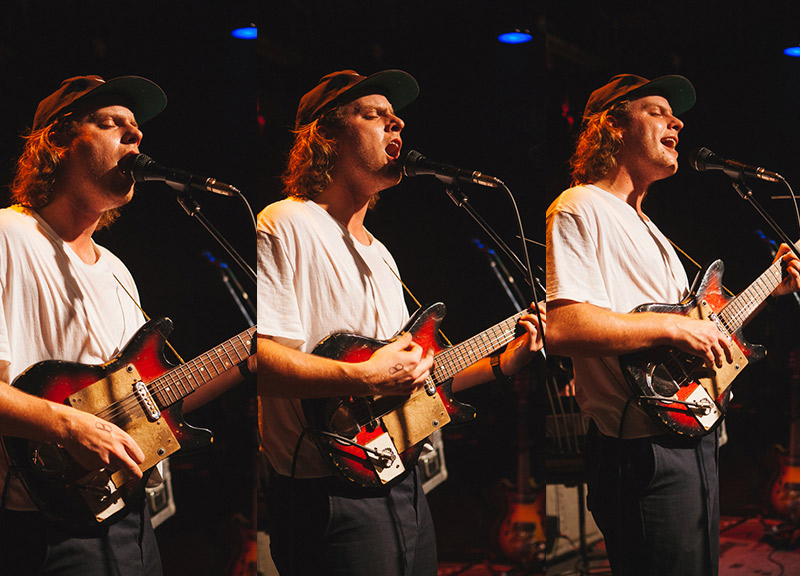 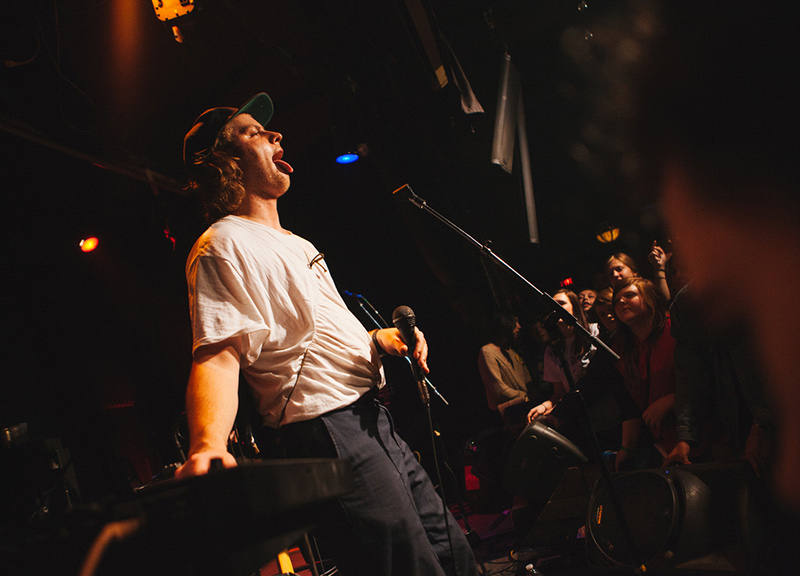 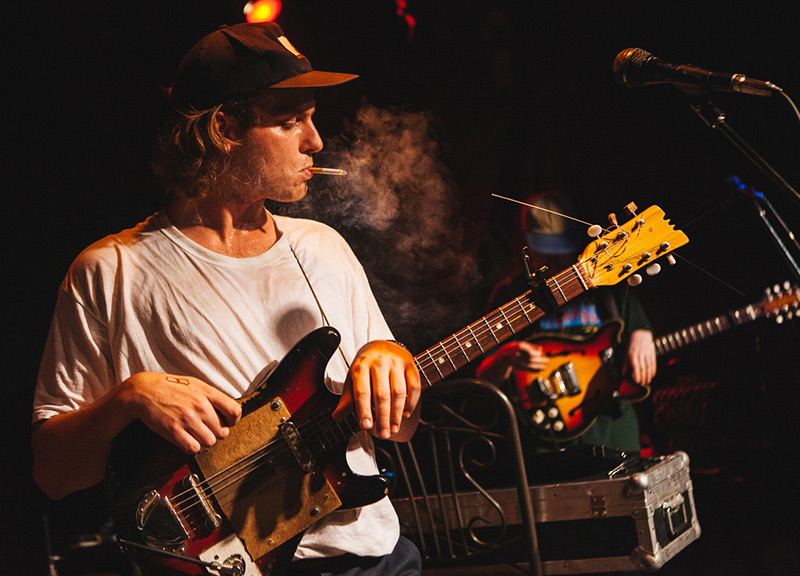 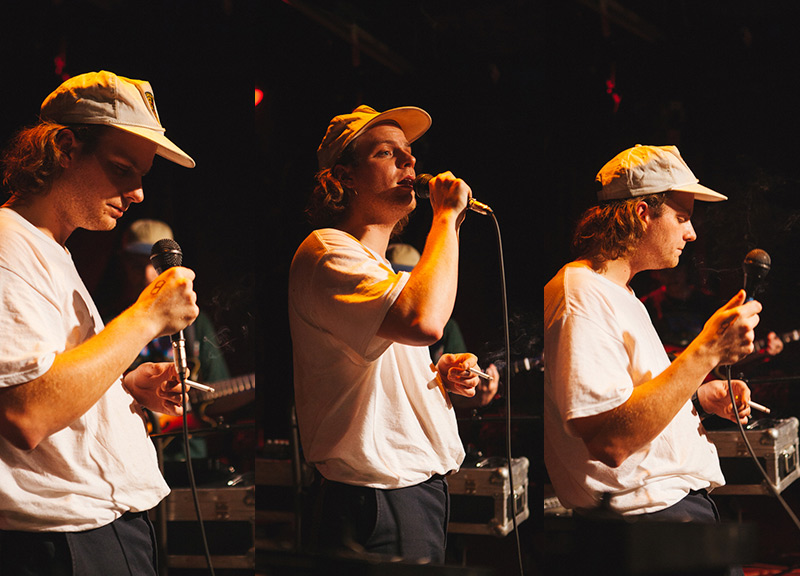 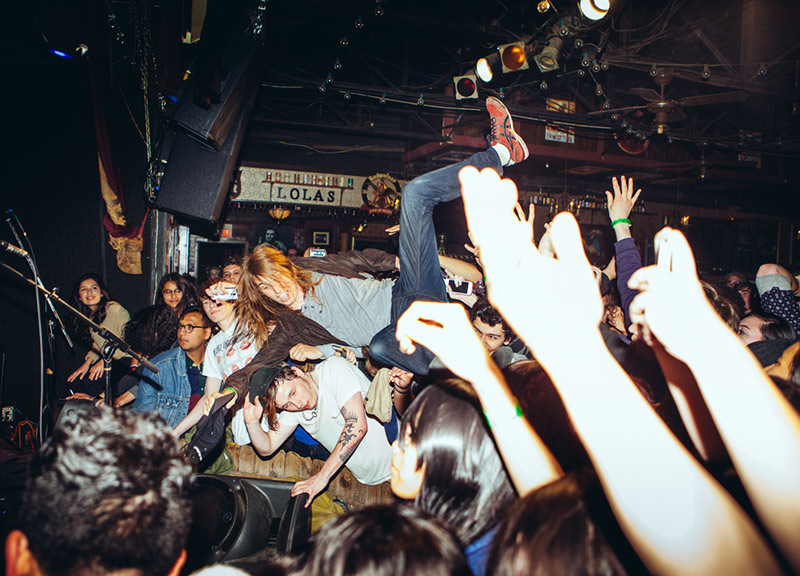 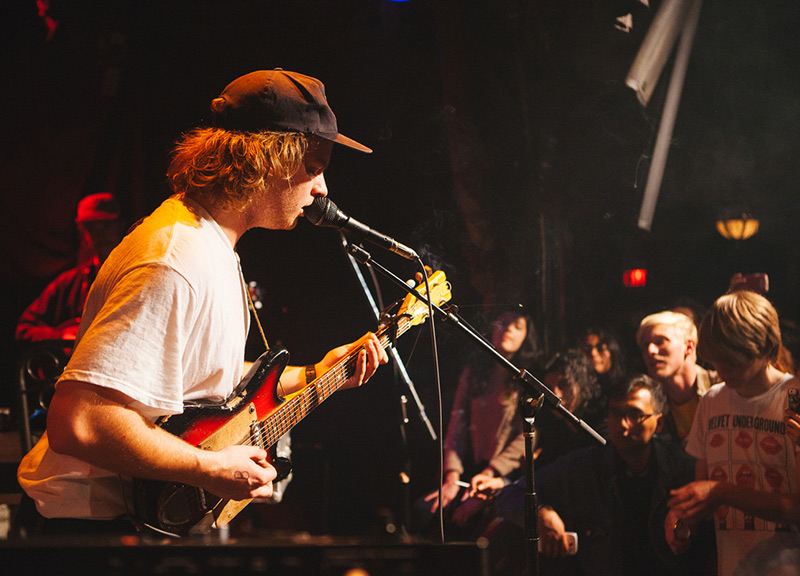 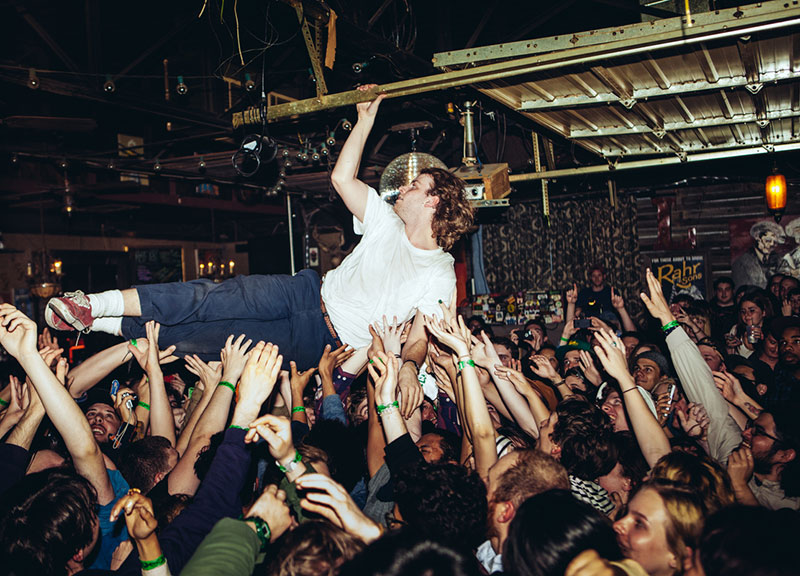 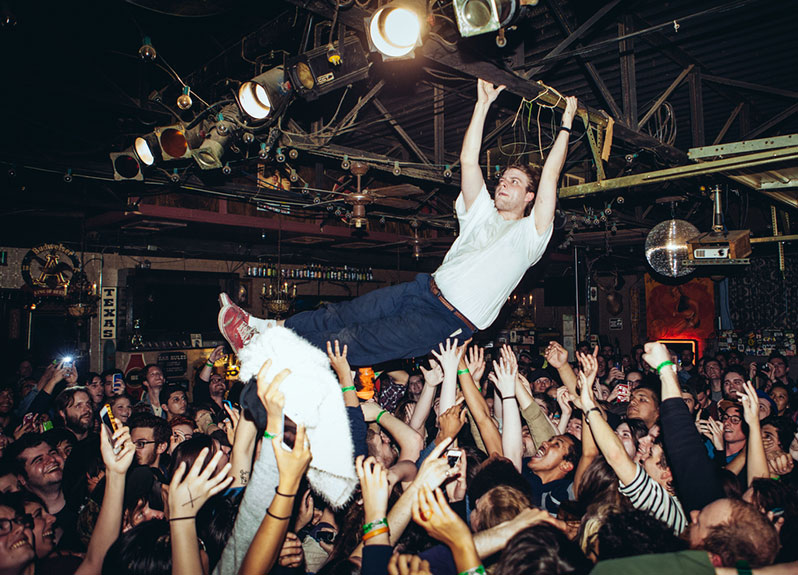 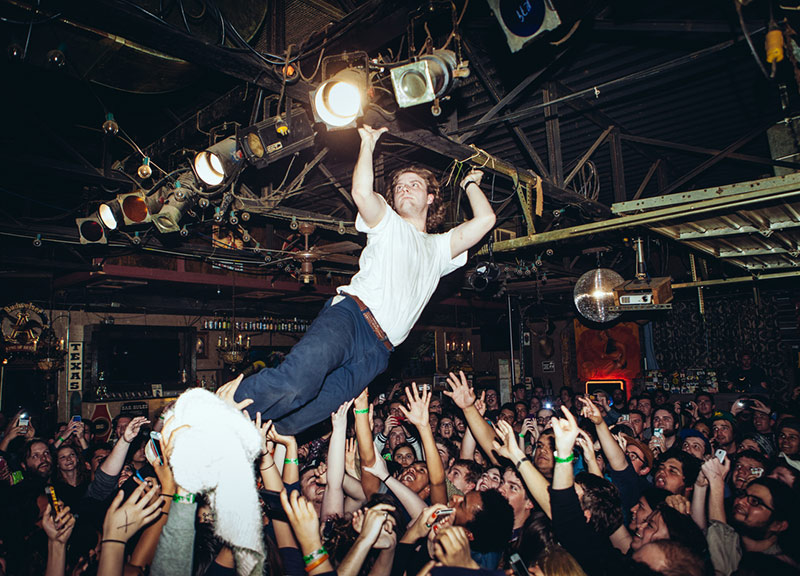 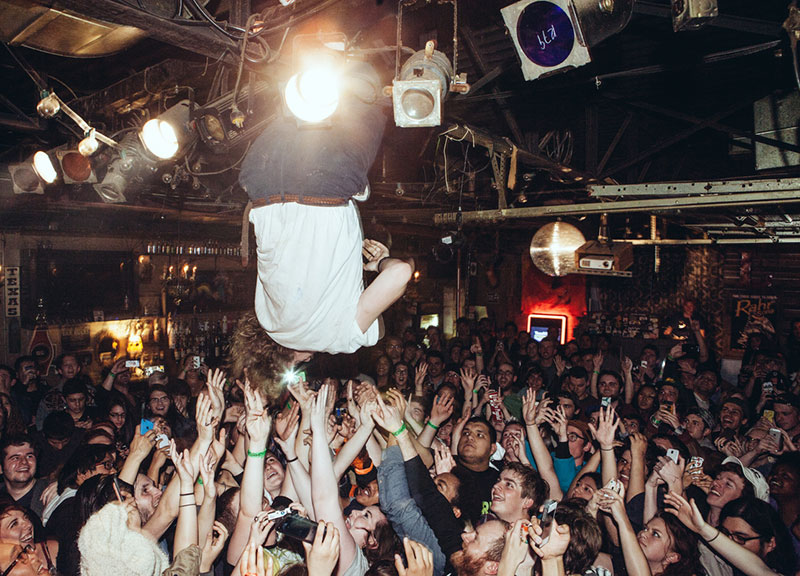 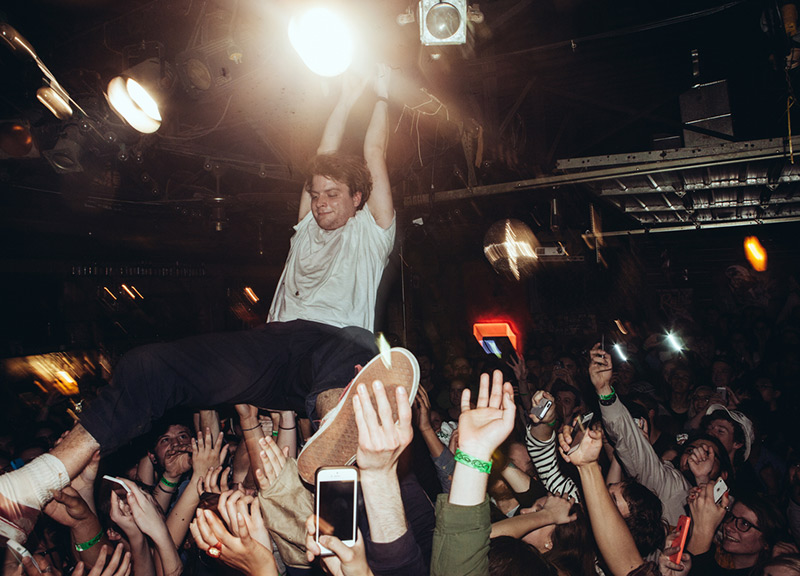 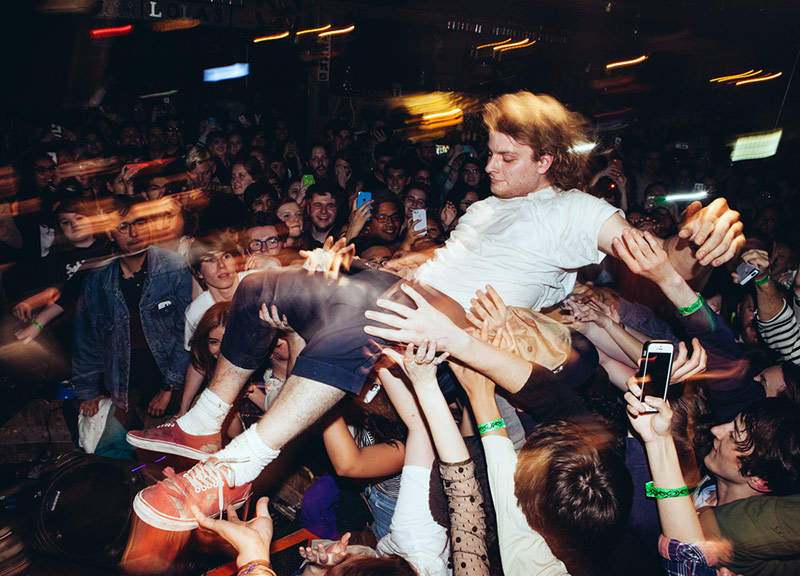 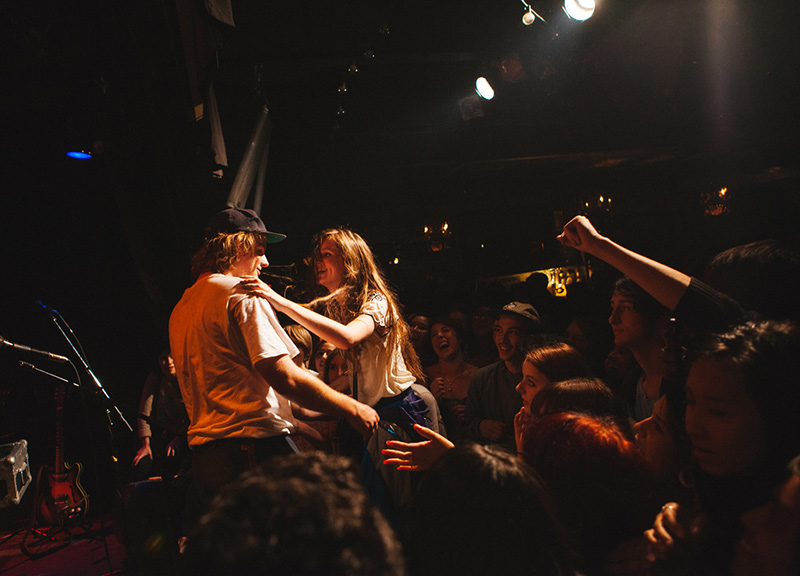 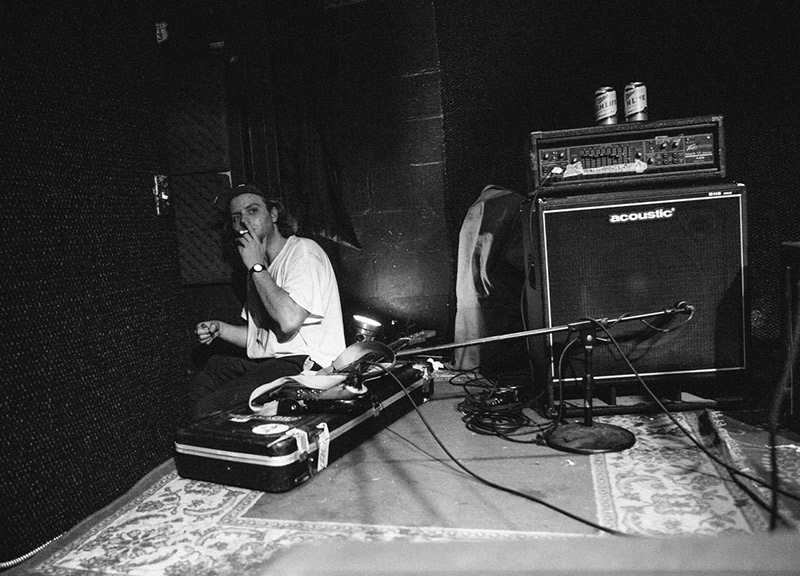