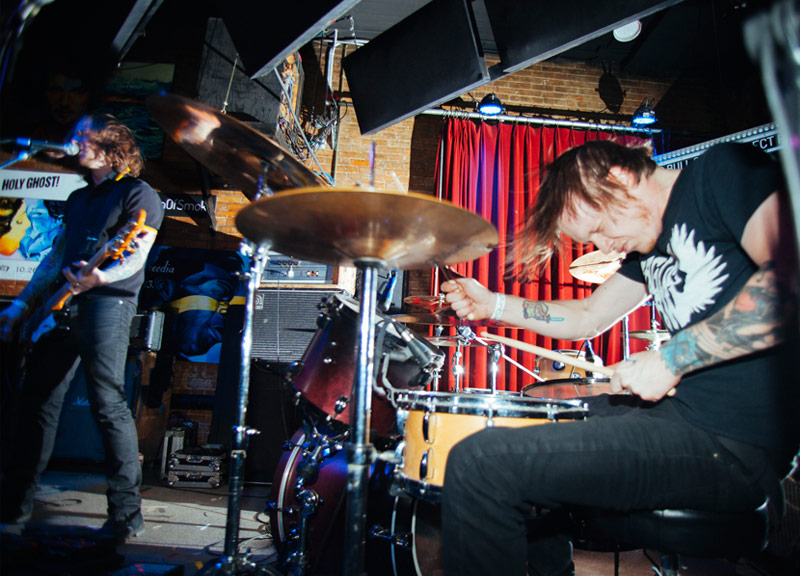 At the open of his band's headlining set at Club Dada last night, Fucked Up's Damian Abraham gave some local pals of his a shout-out, dedicating a song to the heroic local hardcore outfit Power Trip — a band he'd later in his set further exalt as “the best hardcore band in the world right now.”

The praise didn't fall on deaf ears: Power Trip frontman Riley Gale stood just off-stage, a few paces off to Abraham's right, throughout the bulk of the night. Such was his gig at this event; at the January 2014 Red Bull Sound Select showcase in Dallas — the first curated by local talent buying agency Parade of Flesh — Gale played the role of host. Hey, at least he did something: Originally, Power Trip had been slated to serve as one of the openers on this bill, but with Power Trip drummer Chris Ulsh out on tour with his other band, Mammoth Grinder, scheduling got in the way. So here Gale was, acting as host and repeatedly poking fun at himself for fitting rather awkwardly into the role.

Fortunate for Gale, the bands that would go on to open this show had no trouble swiping the spotlight away from him.

At 9 o'clock sharp, metal duo Mountain of Smoke — a drum- and bass-featuring act from the some of the same guys behind Big Fiction — launched into the first set of the night with a bang. The room was still filling up with crowds at that point, but Mountain of Smoke capably filled in any and all gaps with its booming presence. Is it weird to say that the band's massive drone was welcoming? Well, it was; Mountain of Smoke's groove wasn't difficult to catch onto, and, as the room started to fill, so too grew the crowd's comfort.

Then B L A C K I E, the second act on the bill did most everything he could to through that progress out the window. Standing before a stack of amps moved to the front of the stage, the Houston noise rapper started his set on the venue's floor, fully lit by the venue's turned-on (at hsi request) house lights. Or, well, he started eventually: The first few minutes of B L A C K I E's set consisted of silent pacing. What followed was the complete opposite — just pure unadulterated spectacle, really — as the nimble performer thrashed his body about the room, crashing into anyone and everyone as he did, and even at one point going so far as to body slam one poor attendee whose only offense was showing B L A C K I E that he was having a good time. Depending on who you asked, it was either great or completely dumb. Somewhere between there lies the truth.

There was no doubting Fucked Up's greatness on this night, though. In its first Dallas performance in nearly a decade, the Toronto-based six-piece earned quite the warm reception. it wasn't insane by any stretch; it was high-octane but never off-tilt. Still riding high off of 2011's critically adored David Comes to Life and its nigh-perfect melding of melodic punk instrumentation and hardcore vocals, the band, currently in the process of readying its follow-up, flashed a deft sense of showmanship. Only a few times throughout the set did the band's music ever truly come to a halt; as Abraham shared his vocals with his crowd and stalked the stage — the room, too, as he at one point pulled his microphone out in front of the venue and then atop its bar — the band behind him looked the part of mercenaries, dutifully executing a tightly wound burst behind him.

It was an exercise in build-up and release, the whole thing. And it was good.

It was also the band's fourth and final stop on its short Texas tour — and a fine sendoff at that. After the set, the band let that soak in, mingling with fans and posing for pictures by the stage and merch booth alike. Perhaps they didn't want it to end? The crowd, at least, didn't.

Meanwhile, the Red Bull Sound Select series, for its part, carries on: Next month, Spune Productions returns to the curatorial role for a show at The Loft featuring performances from Leagues, The Black & White Years and Air Review on Friday, February 21. Tickets, as always, are $3 with an RSVP right here. 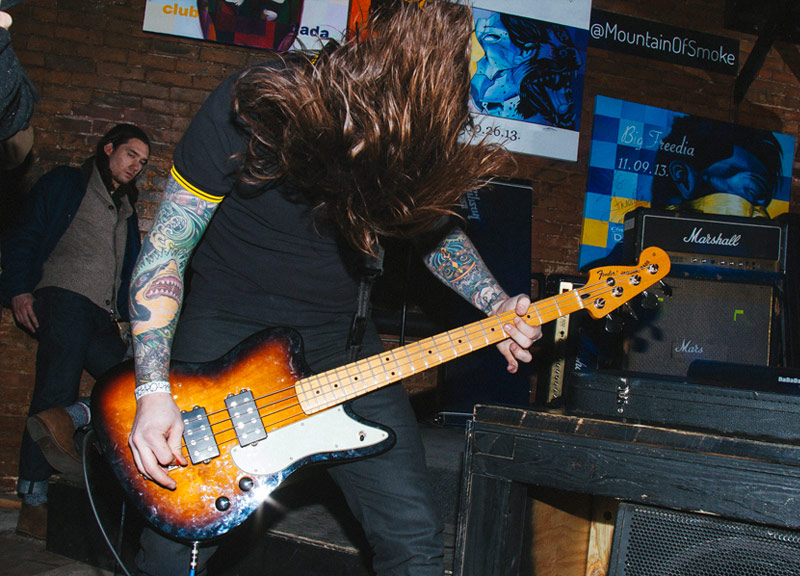 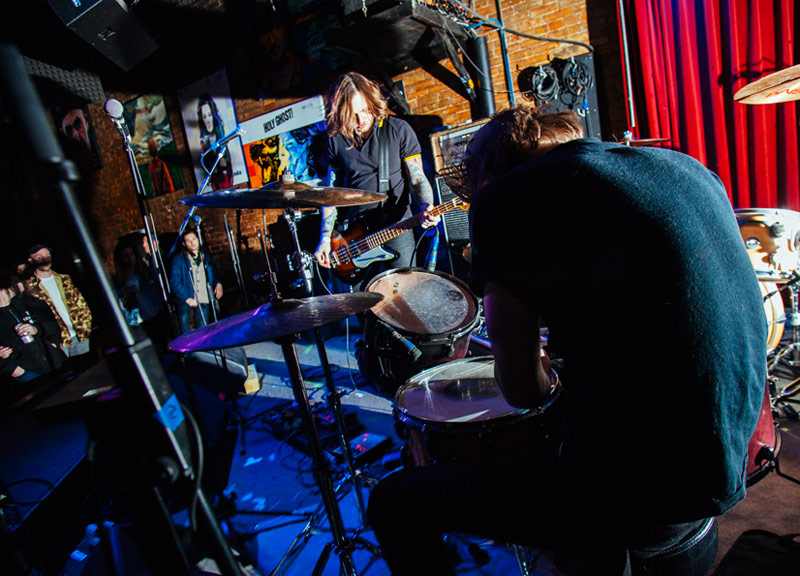 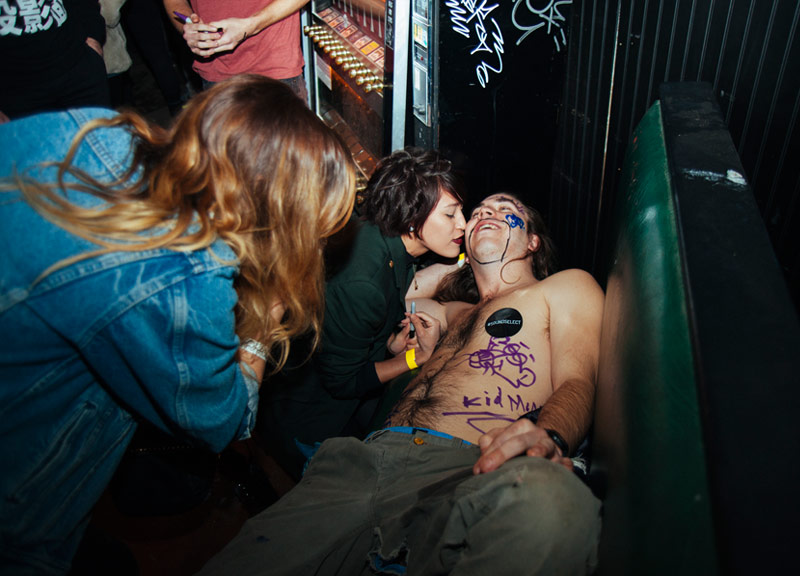 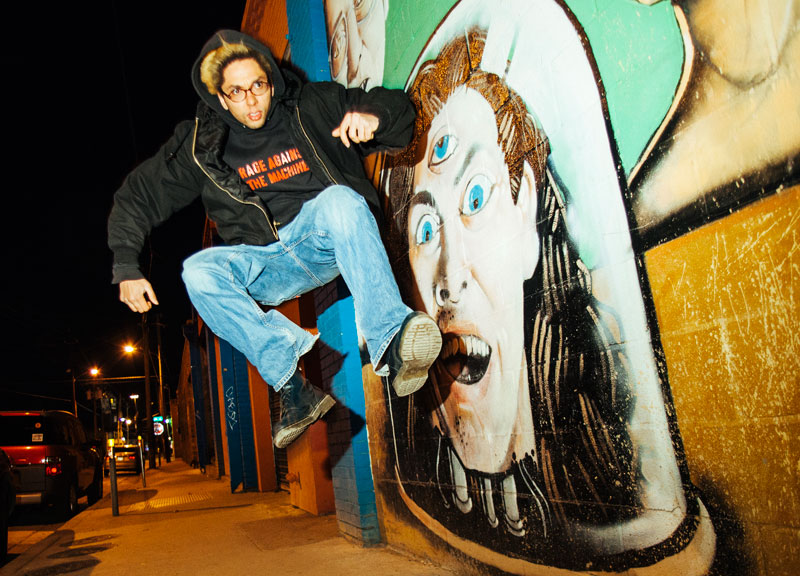 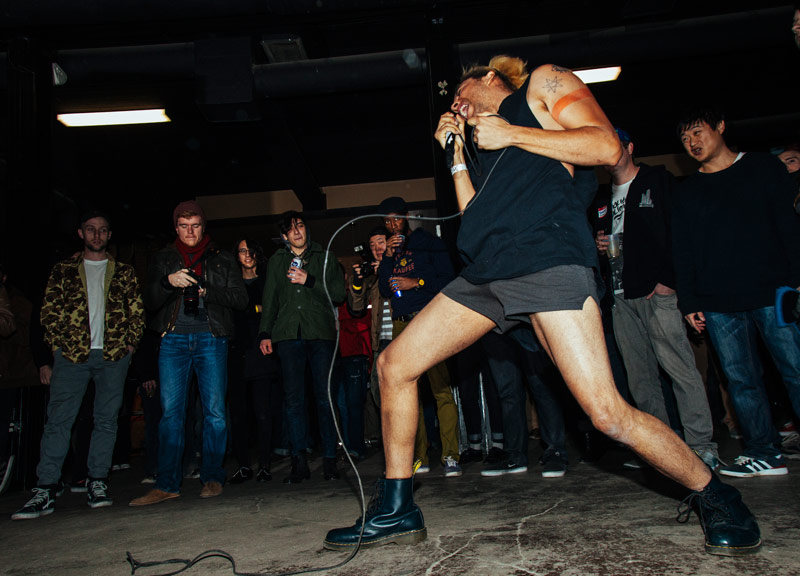 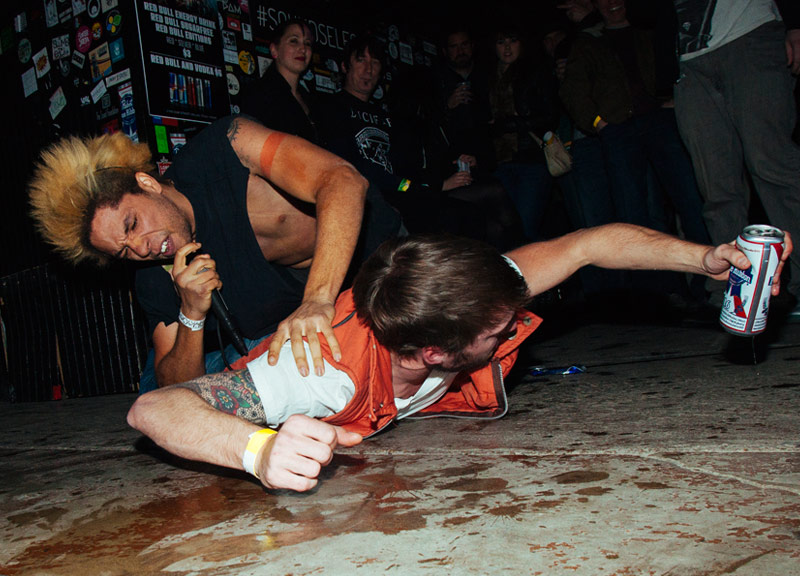 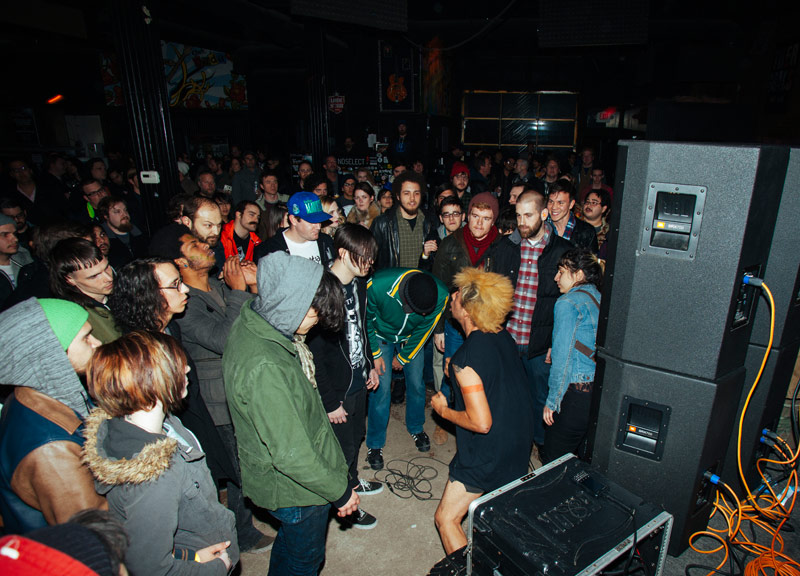 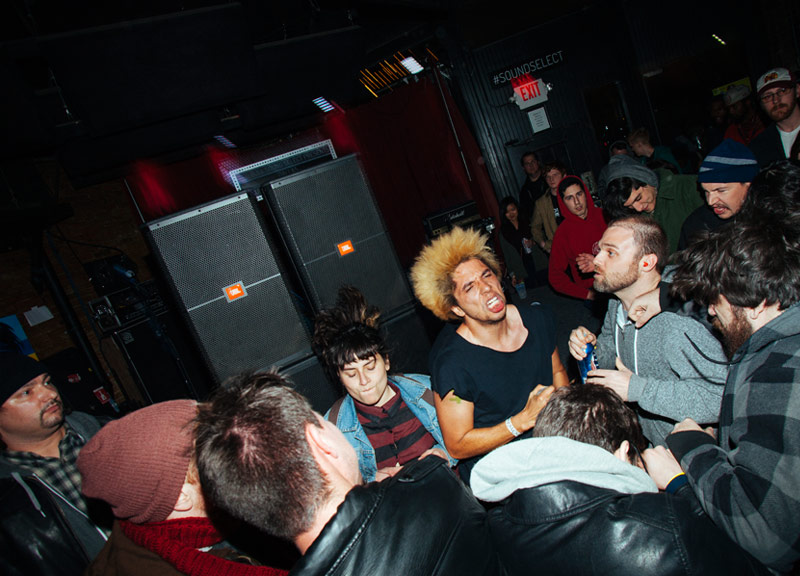 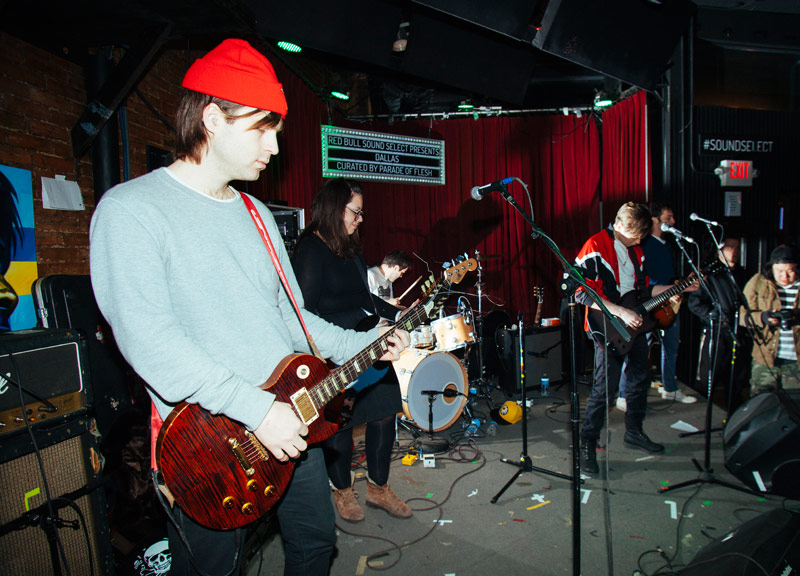 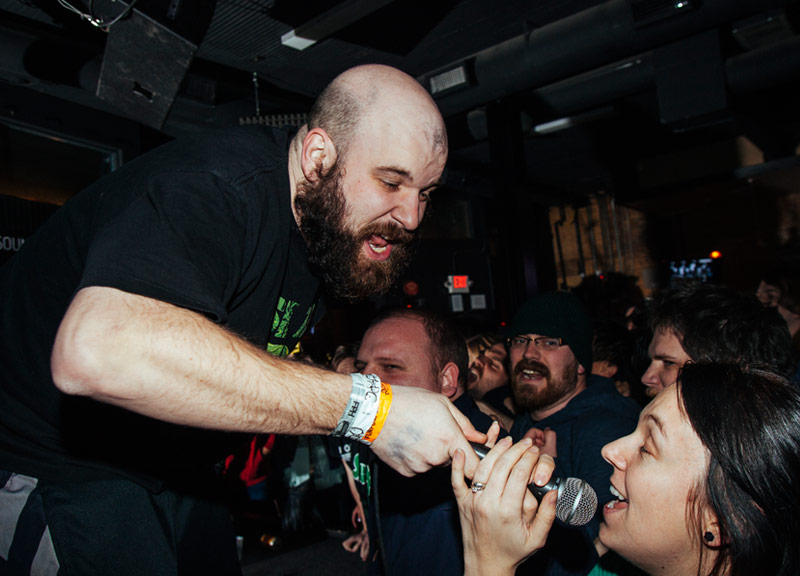 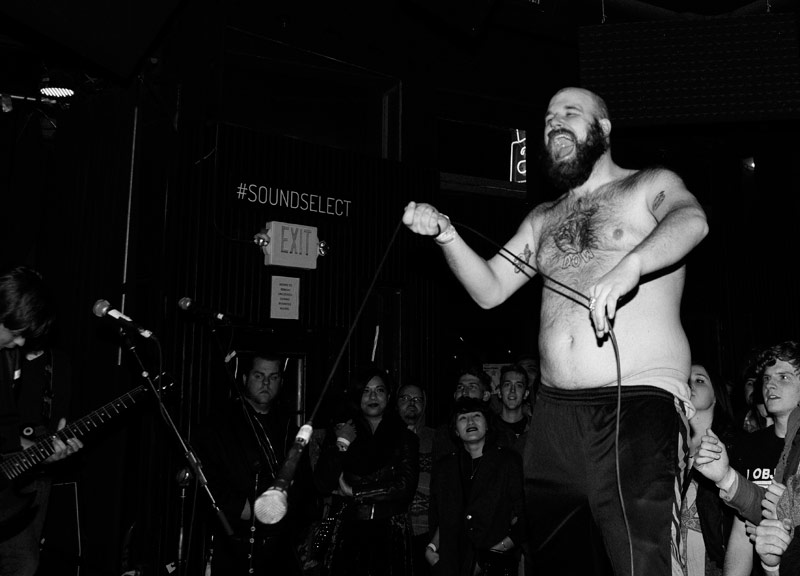 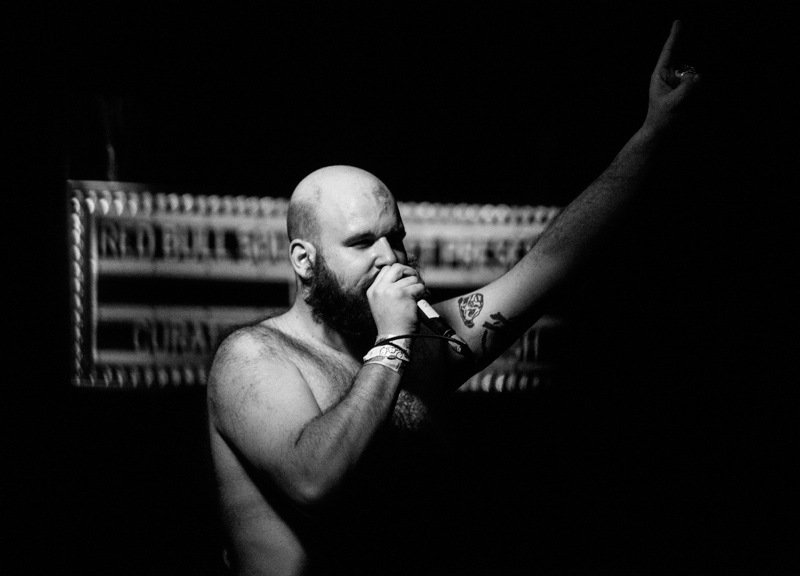 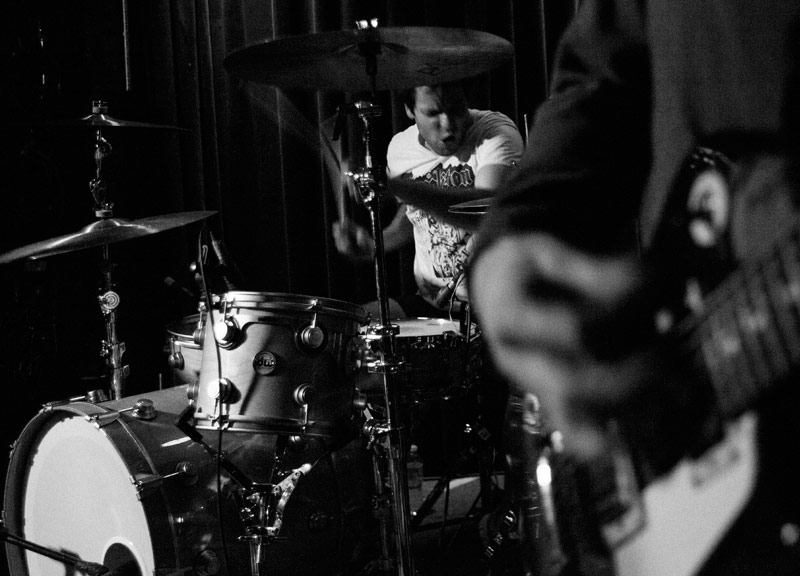 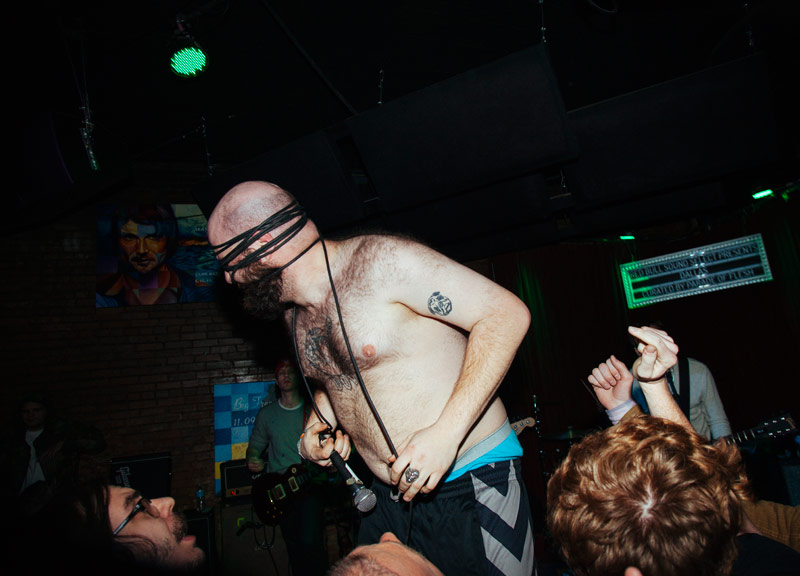 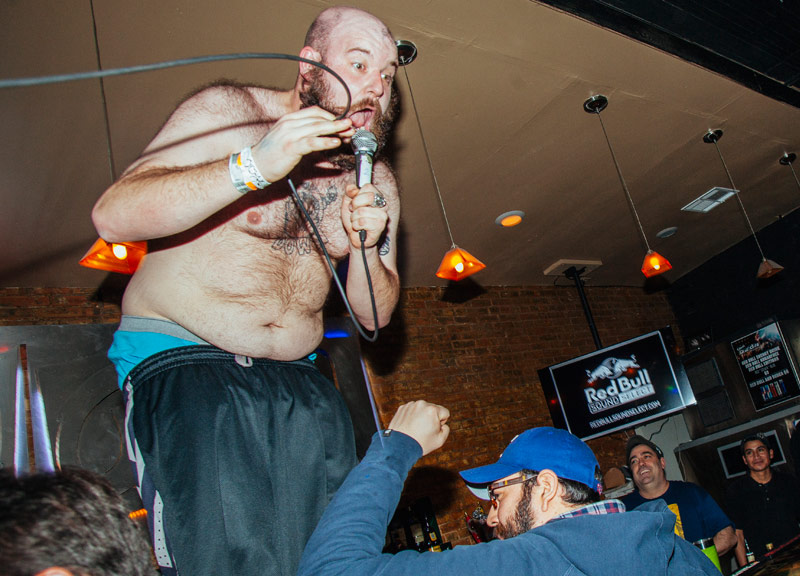 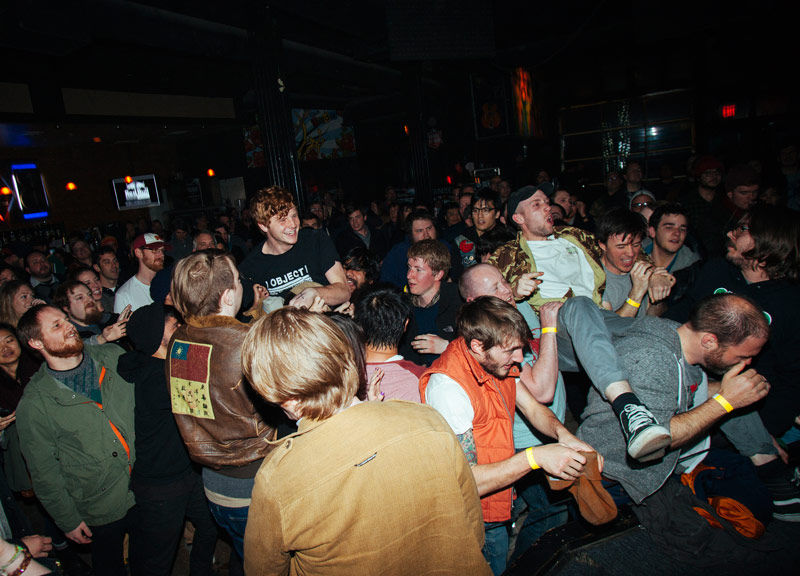 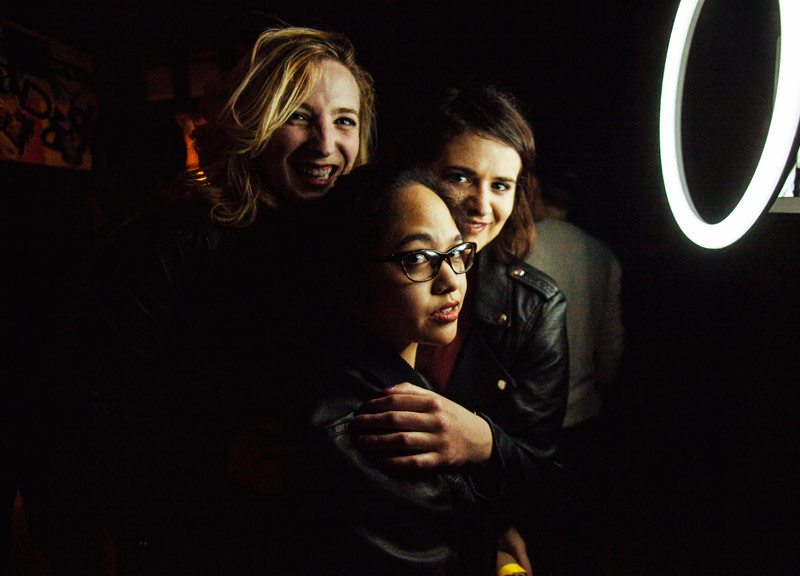 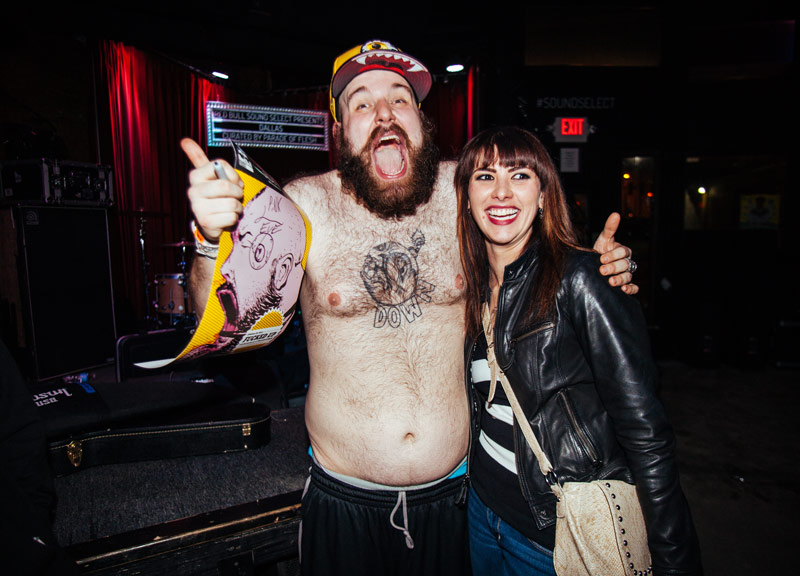