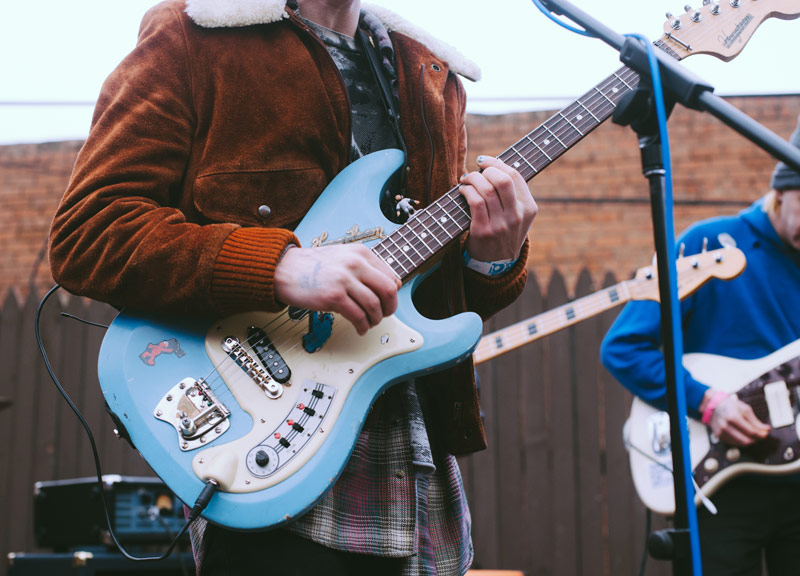 It was the festival's seventh annual run, and, thanks to names like Ty Segall and Dum Dum Girls, it featured its strongest, most recognizable lineup of acts to date. Also, as expected, it was just a really great time.

But with 23 bands on the bill, it's a lot to take in. Still, here's an attempt of processing all of that — in real-time, via running diary kept all day long.

3:00 p.m. Doors have been open for an hour, and, despite the chilly weather, there's a strong early turnout at Club Dada. Like, really strong: 200 or so people are already on hand, watching Weekend fuzz things up; another 50 or so people are outside the front of the venue, in line, awaiting entrance; up the street a bit, over at Three Links, a smaller, but similarly enthused crowd is taking in an early afternoon set from Creative Adult. The merch lot — where the food trucks are later slated to arrive and where the Third Man Records truck is currently set up — the crowds are almost nonexistent, surely the fault of Mother Nature. Still, it's early. And the early signs look good. This should be a fun day.

3:34 p.m. Oberhofer starts its set out back as Weekend still finishes up its indoor set. Maybe the weather's not such a bad thing; the cold is forcing Dada to keep the garage door that opens to its back patio closed, but it's also keeping sound from bleeding over. Inside in the venue's green room, many performers have already arrived. The Coathangers, The Orwells and others are lounging in there, relaxing with one another. They look happy to not be in their vans.

3:52 p.m. Hey, it's the first “Freebird” call of the day! Fortunately, it looks like it should be the last, too: Immediately after shouting out the request during a break in Oberhofer's set, the crustpunk offender's friend immediately punches him in the gut. Hard. He drops to his knees. There's justice in the world, after all.

4:05 p.m. Serious question: Are people dancing to Oberhofer's set or are they just moving around to stay warm? Both? Are crowds more likely to dance at cold shows for this exact reason? Probably not. But, yes, it's cold.

4:15 p.m. The Orwells are playing inside Dada, and they've got people straight packed in here. Biggest crowd in Spillover history? Yup.

4:23 p.m. Here's the thing about The Orwells: They're easy to hate, but they're also tough not to like. To wit: They just covered “Build Me Up Buttercup,” but only did one verse.

4:33 p.m. Mario Cuomo — frontman for The Orwells, not the former governor of New York — executes the first crowd surf of the day.

4:35 p.m. The second crowd surf of the day is less a crowd surf than a poorly executed jump — or, really, just an emphatic step off a ledge. No air, no chance for catching or carrying. Some things are best left to the pros.

5:02 p.m. Har Mar Superstar is very much a pro. It's pretty freezing outdoor at Dada at the moment, and Har Mar tells the crowd exactly what it wants to hear, promising to warm them up some. The crowd is all smiles and chattering teeth.

5:20 p.m. “I've been looking forward to this lineup all week,” Har Mar Superstar tells the adoring audience he's been serenading. “This is a lot better than playing the Pampers Hymen Rejuvenation Lounge at South by Southwest.”

5:30 p.m. Spillover 7: Revenge of the Polar Vortex? It's a straight to DVD release. Red Box exclusive.

5:50 p.m. Things are busy over at Three Links. Radkey is very much like The Orwells. Lots of thrashing. A lot of the same young fanbase. A lot of Ramones influence. They are very rad. Get it? Sorry, that's the best I've got right now. I've been drinking in an attempt to stay warm.

6:21 p.m. Back at Dada, The Coathangers are on and slaying. This crowd is borderline obnoxiously big, but people seem to be in decent spirits, perhaps because they're inside and not standing in the cold. (OK, it's really not so bad, the weather. But it's a talking point and very few people are dressed appropriately for it.)

6:48 p.m. Sometimes, when Astonautalis performs, every vein in his head looks it's going to pop and his face turns really red. Surely, that's not healthy.

7:09 p.m. Aaron Carter is here. Why is Aaron Carter here? No one knows. He's friends with the Dum Dum Girls, someone thinks? Anyway, right at this second, he's signing The Coathangers' merch for them. Life is weird.

7:10 pm. I try to take a cell phone pic of Aaron Carter. He looks right at me. I chicken out because I am a chicken.

7:16 p.m. During the regular freestyle portion of his set, proud SMU alum Astronautalis spits a few rhymes about his alma mater's basketball program and how proud he is that the team made the NCAA tournament for the first time since 1993. Except, uh, Astronautalis didn't watch the tourney's selection show, it seems. The Mustangs did not make the cut.

8:05 p.m. Is Three Links at capacity for Diarrhea Planet? “Yes,” answers an annoyed Alli Lowe, formerly of The Atomic Tanlines, who picked a hell of a day to become a bouncer.

8:23 p.m. You wouldn't think that sushi from a truck is a good idea, but I'll be damned if the spicy tuna roll from the Crazy Fish truck wasn't the best meal I've had in weeks. I should note that I've been eating poorly for the past few weeks. Still: Really delicious!

9:12 p.m. Pains of Being Pure at Heart frontman Kip Berman kicks off his band's set with a solo, acoustic song. Nice ploy: When his full band joins him for the second song and the rest of the set, the band sounds like it has more balls than they ever did on record.

9:31 p.m. Over at Three Links, the crowds have somewhat subsided as Marijuana Deathsquads is setting up for its set. Astronautalis has collaborated with the band before on record, but informs me that he will not be participating with the group, as I'd anticipated. “We've never performed that song live,” he tells me of my favorite Marijuana Deathsquads song, “Top Down,” which he shines in. I run to the bathroom and cry.

9:37 p.m. Three Links co-owner Oliver Peck has been out of town, but just rolled into the venue, asking who's up next. I tell him. He asks if I like them. I tell him that, yes, I do. He asks what they're like. I describe, adoringly, Marijuana Deathsquads' vibrant blend of hip-hop beats and electronic distortion. I paint a glorious picture. “Oh,” Peck says. “I'm going to hate this.”

12:36 a.m. I am fested out. I head to 7-Eleven to grab some potato chips. There, I run into the members of Diarrhea Planet, whose Jordan Smith give me the quote I was hoping to get out of Pains of Being Pure at Heart's Kip Berman: “It's been great,” he says when I ask if he's enjoyed his Spillover. “I feel like I've seen more bands here that I wanted to see than I did at South By.” I pay for my chips and leave feeling pretty proud of myself, I must say. I mean, that's a pretty money quote right there. Kinda sums up the whole day, doesn't it? 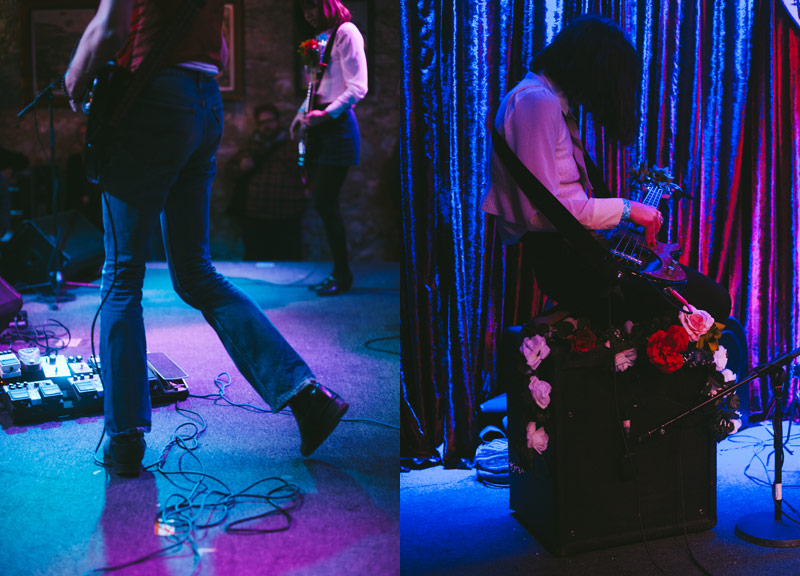 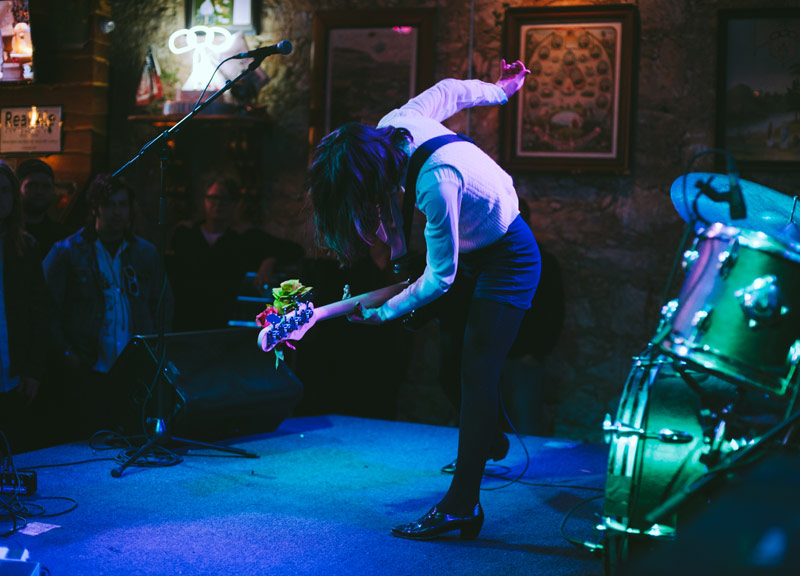 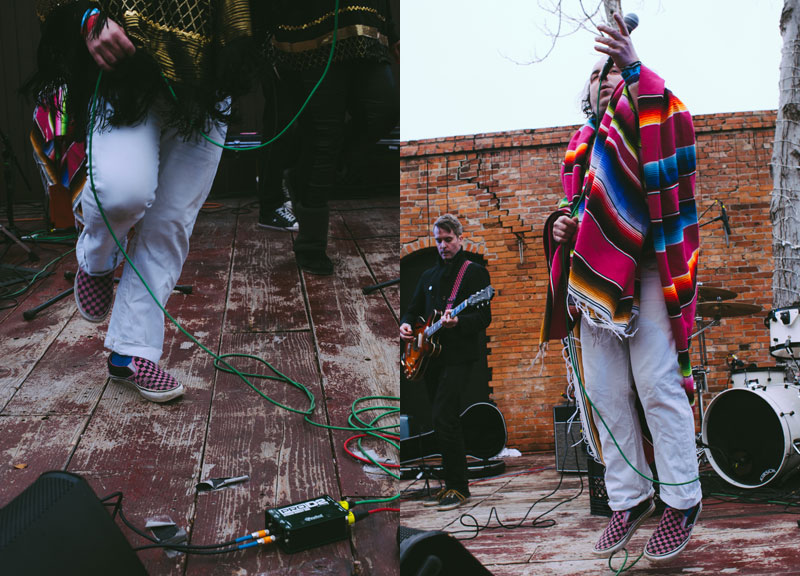 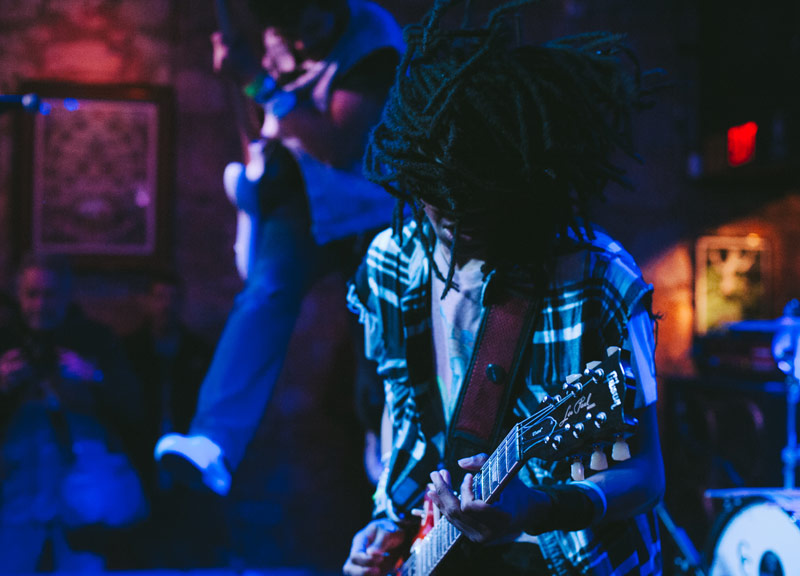 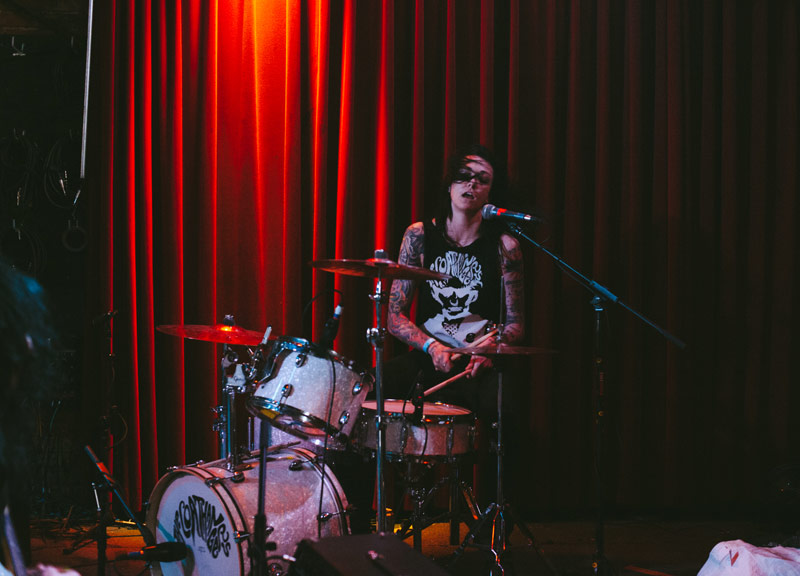 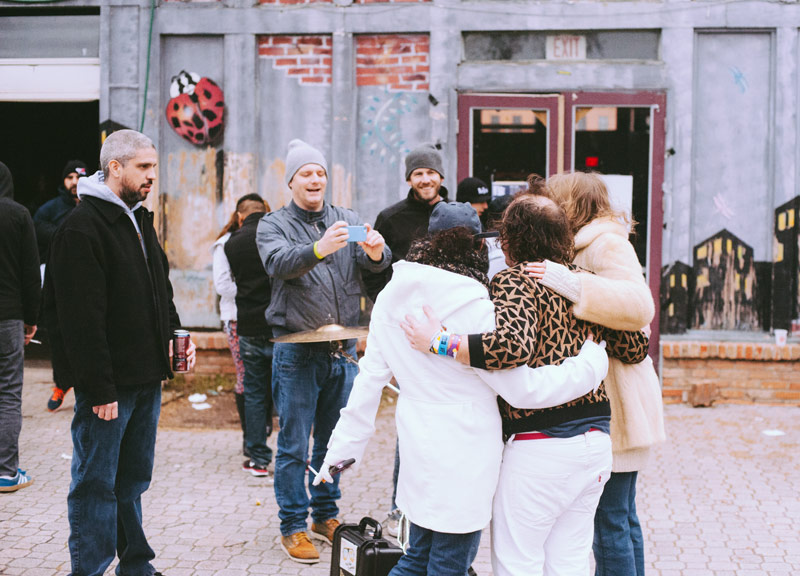 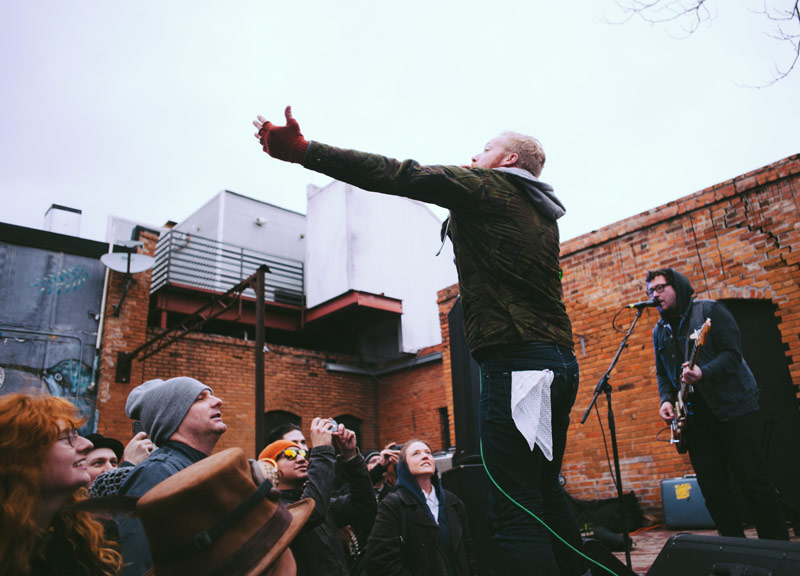 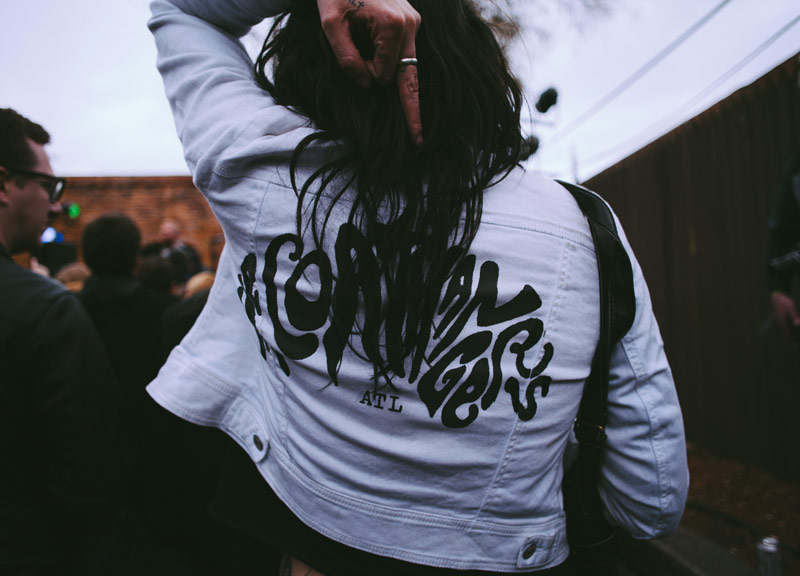 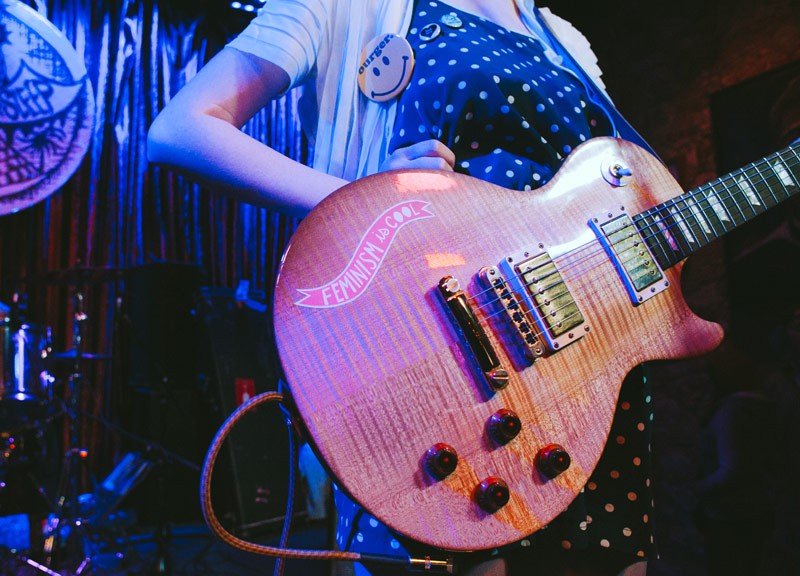 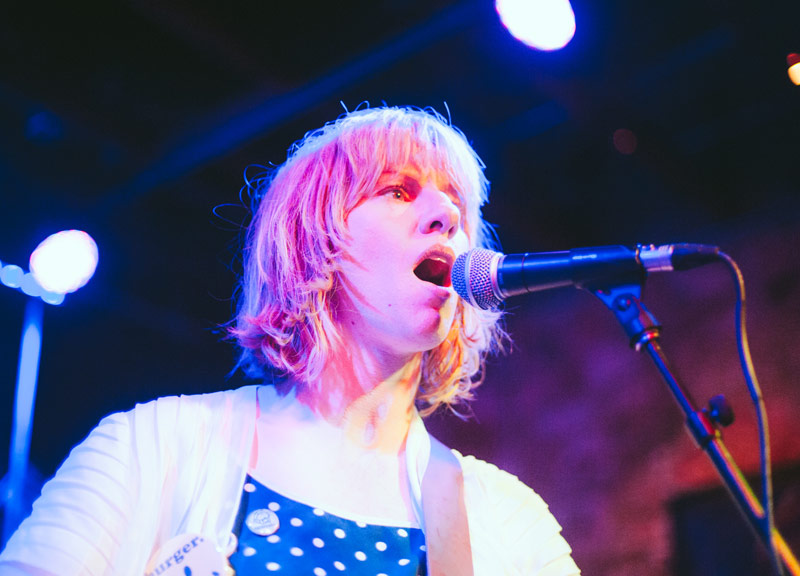 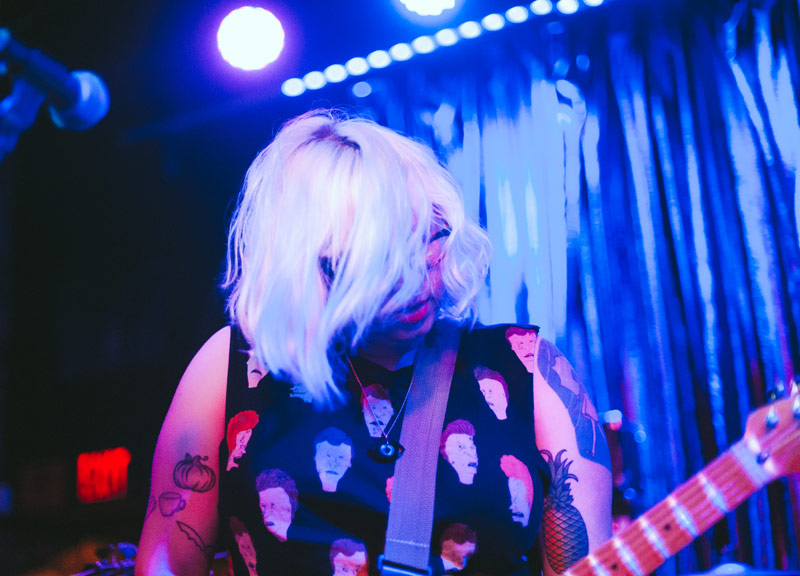 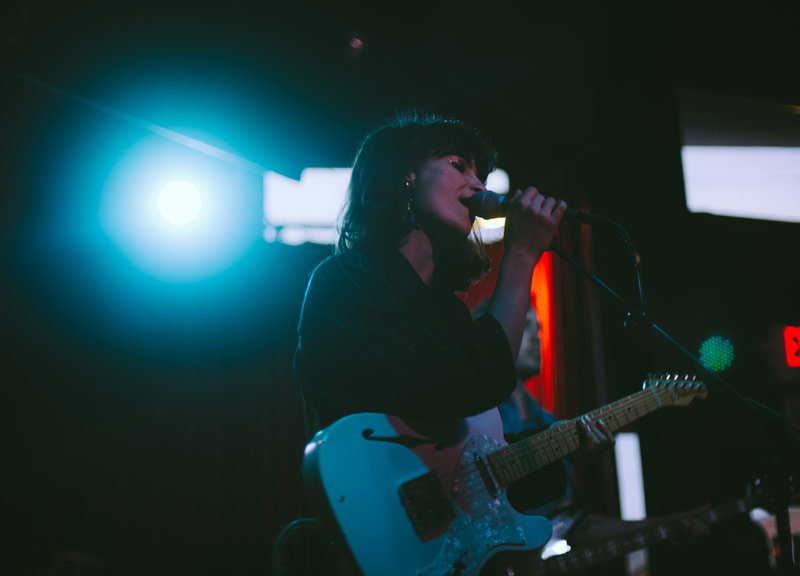 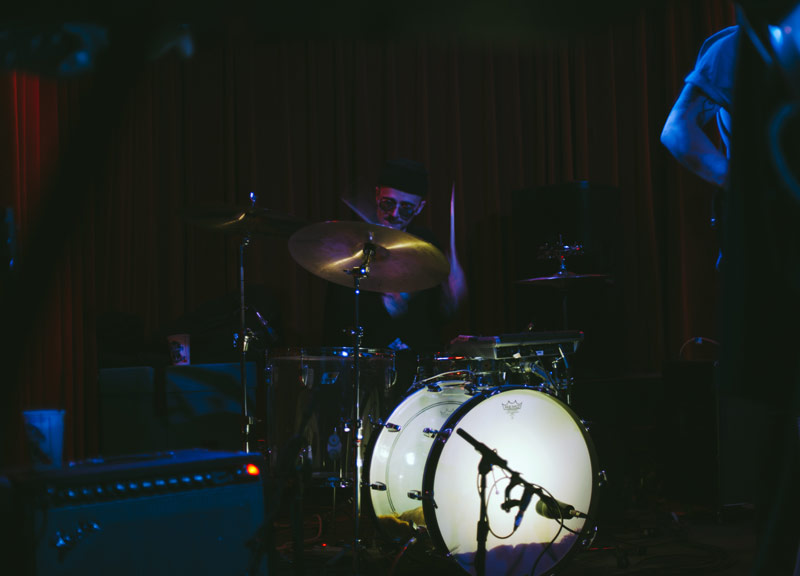 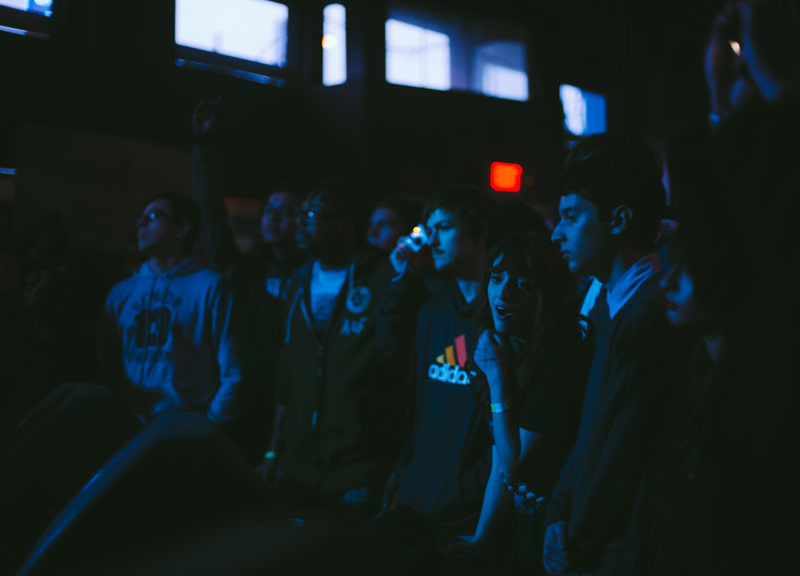 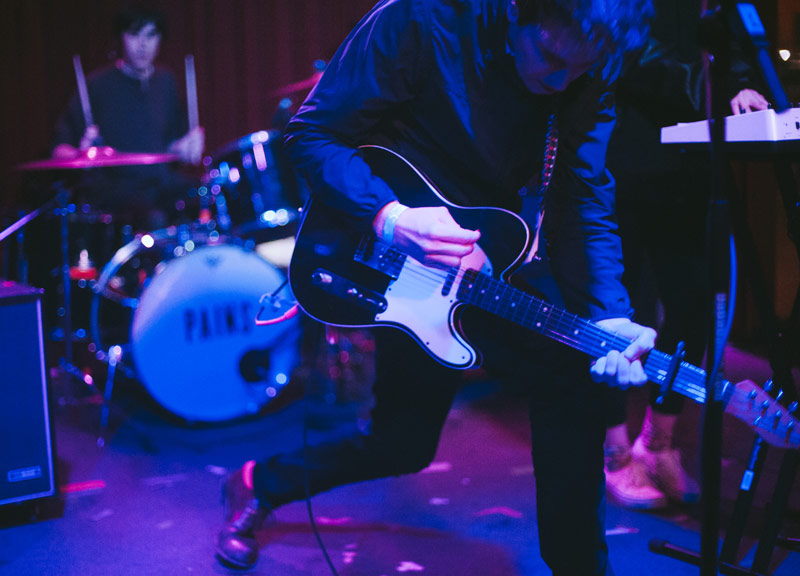 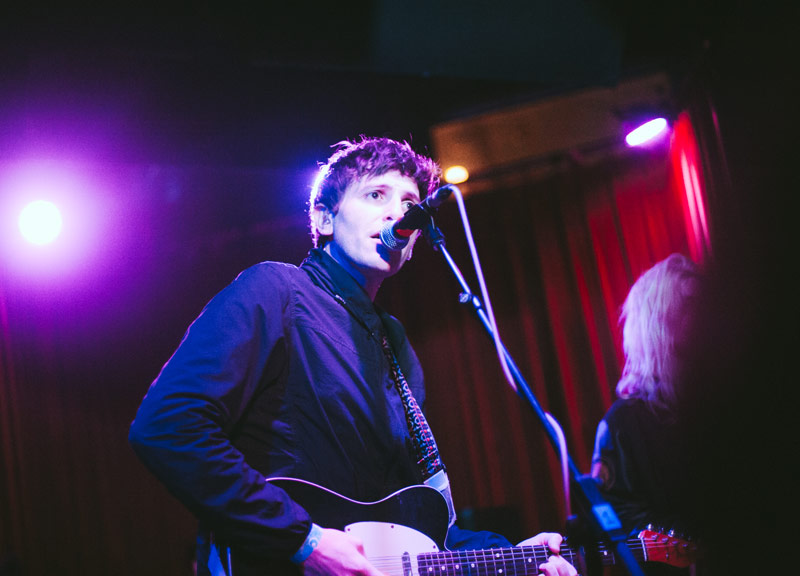 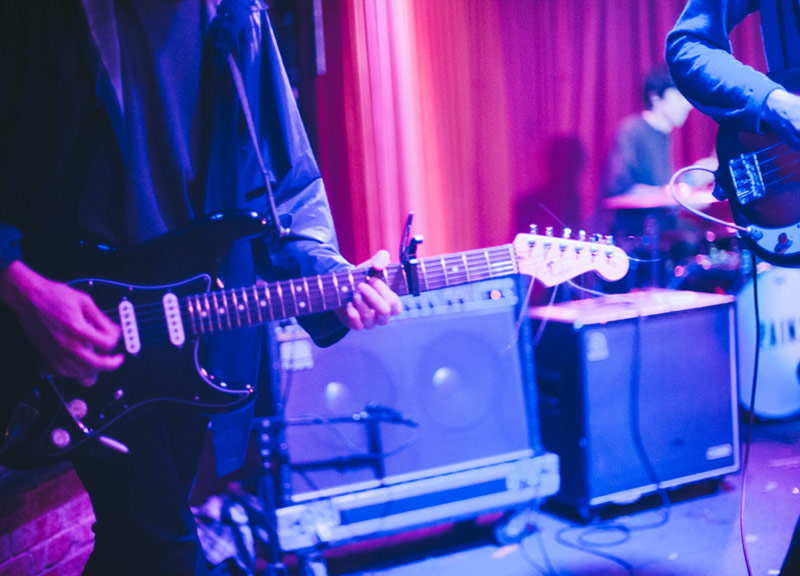 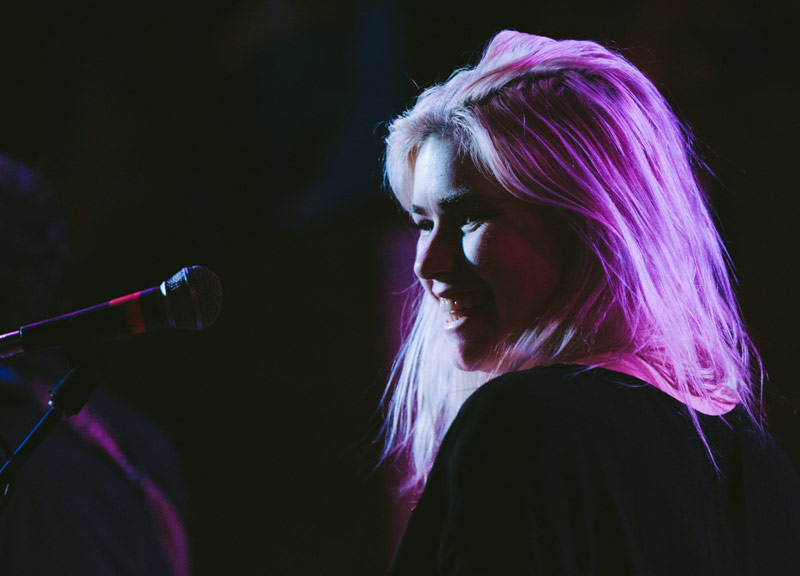