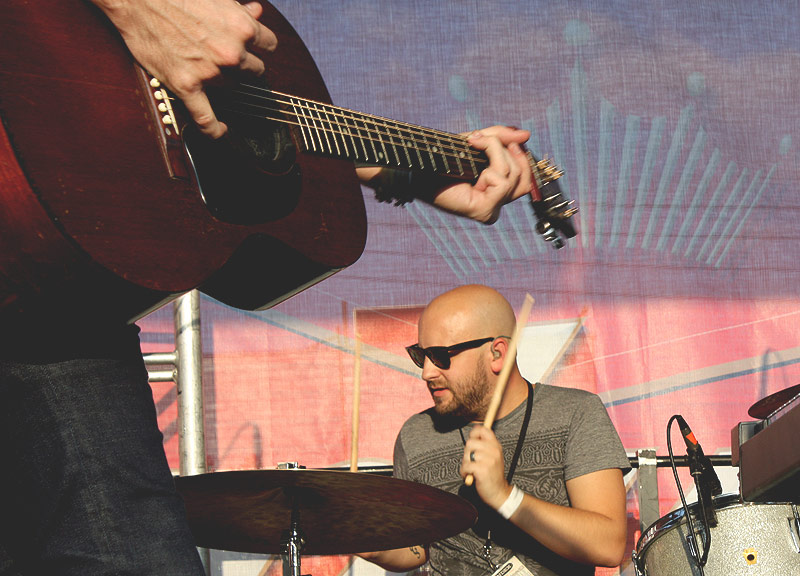 Scenes From The Inaugural Index Festival.

Other than that one guy with the head injury being tended to by EMTs, Day One of Index Fest seemed to run pretty smoothly. And, for a festival in its first year, that constitutes a great success.

Really, it was a great time.

Slowly but surely, as each new patron entered the festival grounds, they were drawn to Red Hook's outdoor stage where Air Review's early set was setting the mood for the evening. They played all the favorites you'll hear from the band on KXT, and Everyone seemed to be singing along to “America's Son.”

As the sun was setting over their performance, well, that's when things started to click. Honestly, the mood for a fall mini-music festival in Texas couldn't have felt more right on at that point.

And it only got better from there.

Before the sun set entirely, Heartless Bastards took to the Budweiser stage and the festival really came to life. An admiring audience formed and lead singer Erika Wennerstrom was all smiles as she led her band through a good mix of old and new tracks. The band impressed, for sure. Considering that she's a relatively small woman, Wennerstrom's vocals are rich and resonant. And her entire band performed so well, their set felt like listening to them on a mastered record. The Grimes show that followed carried a much different vibe. The crowd looked happily possessed by the rhythms and deep beats oozing out of the loud sound system during her set. Maybe a little too possessed. The police security was thick during Grimes' show. And, due to a motley crew of screaming fans that had been following lead singer Claire Boucher throughout the festival grounds at any opportunity, it was going to stay that way. Despite the freaky fan following, though, Boucher was all smiles with each beat drop, unnerved as she and her backing performers offered up an enchanting and energetic set.

Later, Portugal. The Man wooed its fans with timeless lyrics and an enthusiastic stage presence. Even Heartless Bastards' Wennerstrom looked on joyously as they played “People Say.”

The night wasn't over yet, though, even if it could have been after such a fulfilling performance.

At the close of Portugal. The Man's time slot, about half of the festival's crowd booked it for the front gates — where they would be turned away if they tried to re-enter after leaving for the evening.

But, wait, what? What about the last bands?

At 10 p.m., to keep the Deep Ellum neighborhood happy (and supportive of throwing festivals as such), all music moved indoor to the single Trees stage for the last two acts of the night. This proved to be a bit difficult, though. Trees reached maximum capacity quickly. And most in attendance seemed turned off by the thought of waiting in line, as they'd had full access to the festival grounds all day. But after about 45 minutes, the line diminished and moved quickly through the door. Most fans reached their destination, however, and they seemed pleased to dance to the bar's playlist for about an hour before the Australian band of brothers known as Atlas Genius took the stage. Although the crowd looked weary and exhausted at this point, they weren't complaining too much once Atlas Genius began playing. Frontman Keith Jeffrey mingled with his patient audience and kept them hyped throughout the last bit of Day One.

As the late night came to a close, one felt compelled to ask: “Will anyone be up and awake for DJ Sober's early set tomorrow?”

Not really, turns out. On the second day of the festival, the gates opened earlier (1 p.m.) and the outdoor temperature in Dallas dropped to a low high of 59 degrees. Still, Sober opened the day with a lively set.

At around 2 p.m., a few scheduled day artists were on the search for coffee. Although it was officially the afternoon, it felt like 10 a.m.

The night before had proved successful, and music fans seemed excited to see big-name acts slated for the second day of shows. The good news? Stages seemed relatively on schedule throughout the afternoon.

DIIV brought out a crowd that continued to grow denser as the remaining acts played. All was good and mellow for Avi Buffalo, Surfer Blood and Washed Out, too. Chambers quietly awakened the audience on Trees' indoor stage. Everything was running pretty smoothly.

Unfortunately, A.Dd+'s entire set, (albeit only half an hour in duration), could have almost been overlooked between the Washed Out and GZA play times. Still, Trees' indoor arena was packed with a vibrant and bouncy turnout. Hey, it's hard not to be enthused when emcees Slim Gravy and Paris Pershun are so animated with their vocals.

Still, Wu-Tang's GZA was perhaps the biggest treat of the second day at Index Fest. At first, The Genius started his performance like most. But he quickly broke the ice, saying that “festivals can be weird.” Yearning for a wireless mic that would allow him to really connect with the audience, GZA cut a track to explain just that.

Still, he managed to embrace at least the front row of the packed house, jumping off stage and walking back and forth on the divider stands.

It was then that Index Festival participants got a taste of the true Wu-Tang flavor. The only part that seemed off was GZA's self-censorship. After acknowledging to the crowd that there was a “six-year-old in the front row” and that “Wu-Tang is for the babies,” GZA continued to reformat his tracks to humorously mute the curse words. He didn't stop there. Mid-set, GZA brought the young girl he'd previously mentioned onto the stage. Turned out she was actually nine years old, and her name was Abigail. The crowd was eating it up, but it didn't feel pushed; it was organic. And GZA's flow from the mic to the relationship with his fans was flawless. After Abigail's shining moment, GZA went on to play some classics, and, even without performing “C.R.E.A.M.,” the hardest of Wu-Tang fans in attendance seemed pleased. One fan put his hood on and barged straight through the crowd, Wu sign in the air, and nobody was dumb enough to stop him from getting in their way.

Later, Yells at Eels was a wonderful change of pace from the abrasive guitars, whiskey-tuned acoustics (that's a good thing), and hip-hop. Even though their set overlapped completely with Cold War Kids, their presence on Trees' stage was not unnoticed. A large mass of people formed inside of Trees to enjoy freeform jazz. The vibe of the music itself seemed enough to warm the freezing onlookers. By the end of the set, more than one new fan could be heard saying, “Yells at Eels! Buy the stuff!”

Although not last to perform, Datahowler summed up the end of the festival: Trees was filled to capacity during his set, and the gathering of people seemed ready to go out with a bang. They waited patiently through Datahowler's sound check and, when the curtains were finally drawn, major cheers were called out in excitement.

After Datahowler's first two songs, it could be assumed that most of the audience had not previously been familiar with the musician. Onlookers seemed pissed off that the DJ they had been waiting to hear was playing chill tunes — or, in other words, far from any generic mash-up DJ. Old fans of Datahowler stuck around, though, enjoying his enthusiasm as he transitioned through melodies and shared a few new sounds along the way. As for the younger crowd, well, most of them departed.

It wasn't Datahowler's fault, though. He was doing his thing and he was doing it well. But, it was painfully obvious the kids in the pit wanted something they could dance — not just groove — to. Thus, the end-of-the-fest blowout seemed anything but.

After an hour or so, Dale Earnhart Jr. Jr. hooped on stage and played a DJ set that picked up the BPM. This sparked an on-stage dance party — and those who stuck around went home for the night feeling sound in their decision to stick out the entire night.

Overall, the festival produced an eclectic line-up of respectful indie artists. From indie hip-hop to jazz to folk, Spune mixed together the finest of all genres on this bill. There were a few bumps in the road (seriously, does anyone know what happened to that head-injury guy?), but Index Festival pulled through quite well.

If Spune learned anything from this festival, though, it's that next time they need to invest in wireless mics. 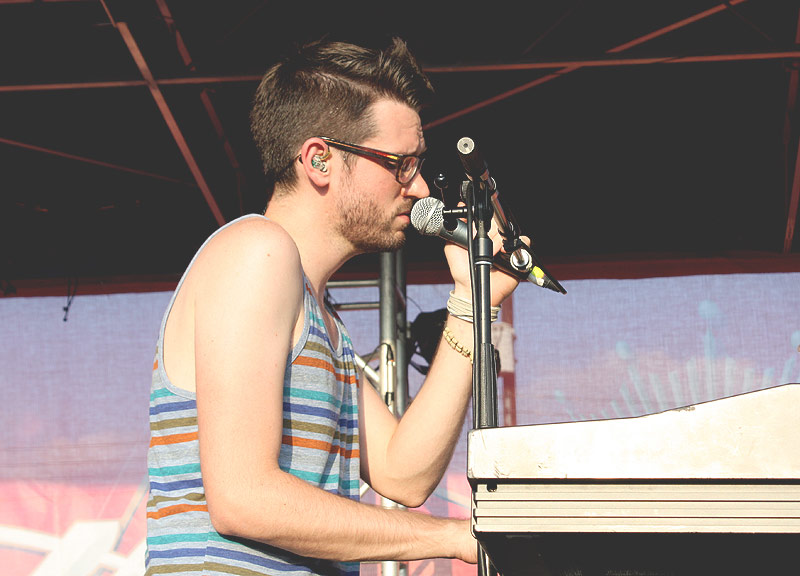 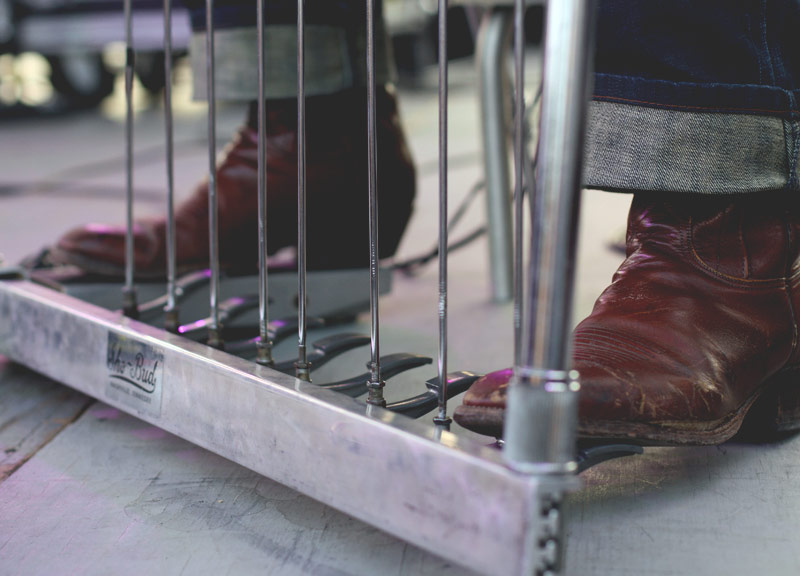 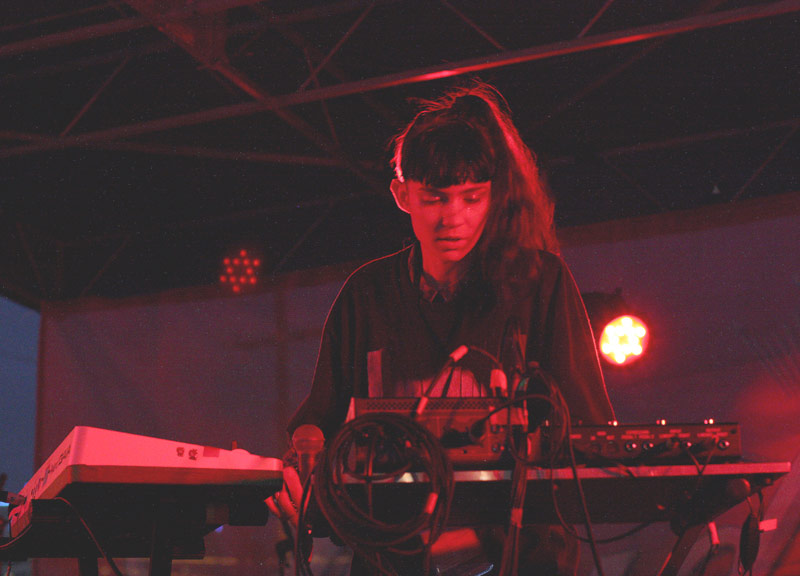 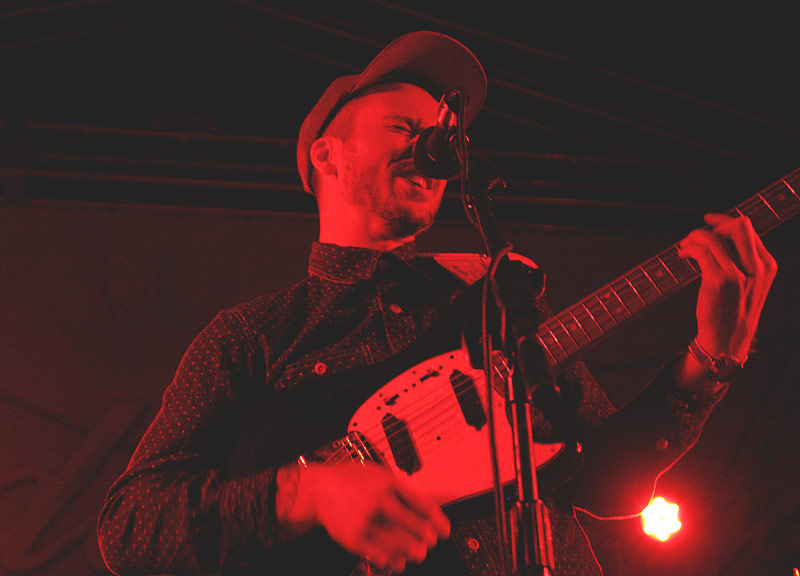 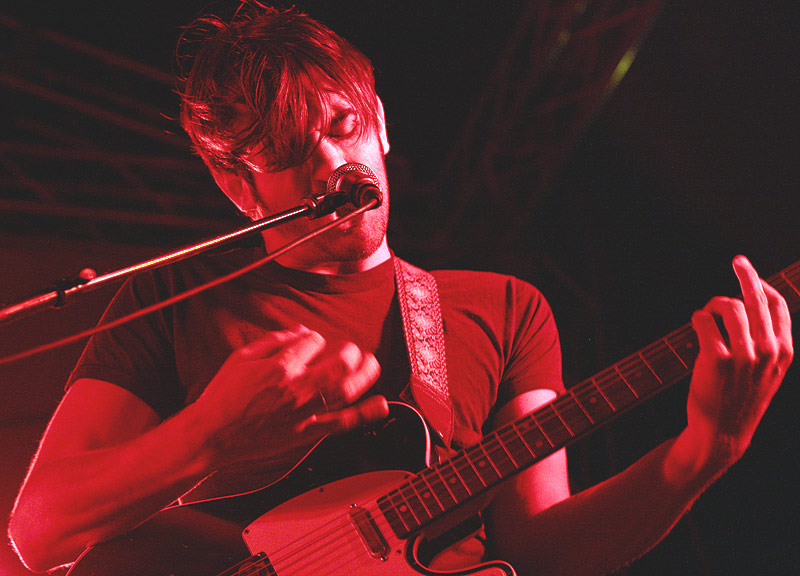 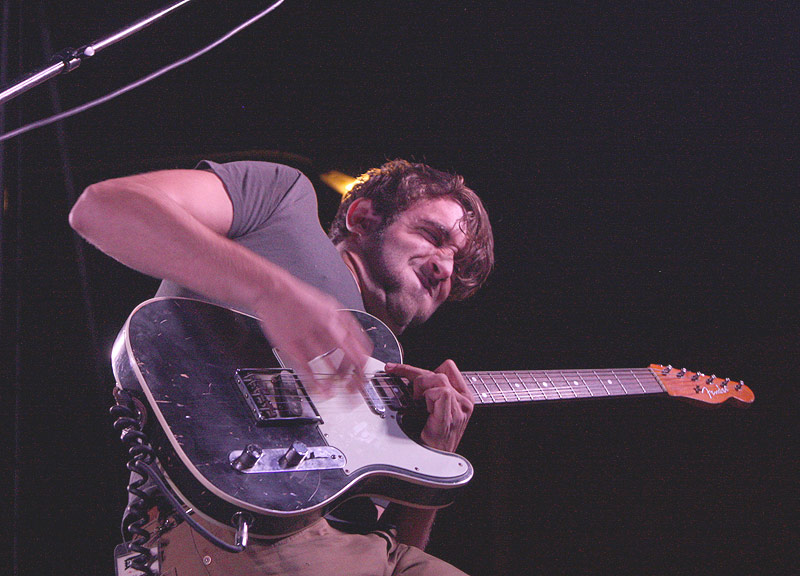 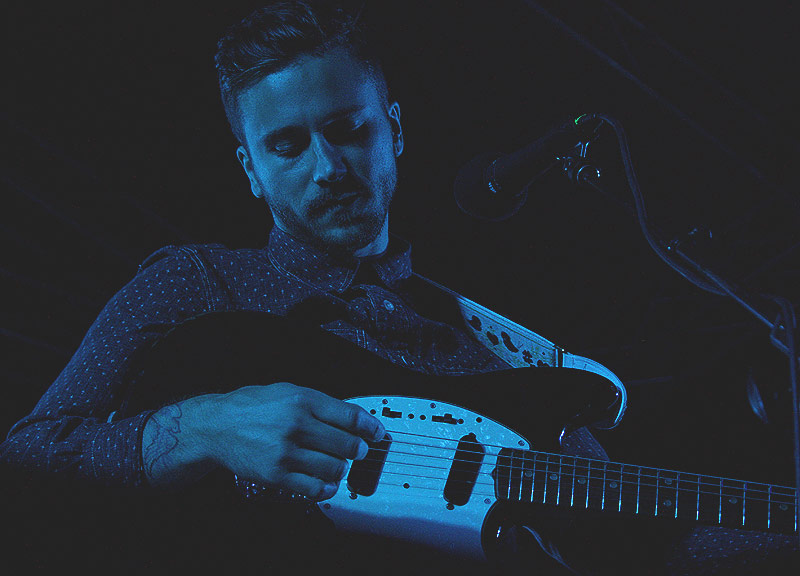 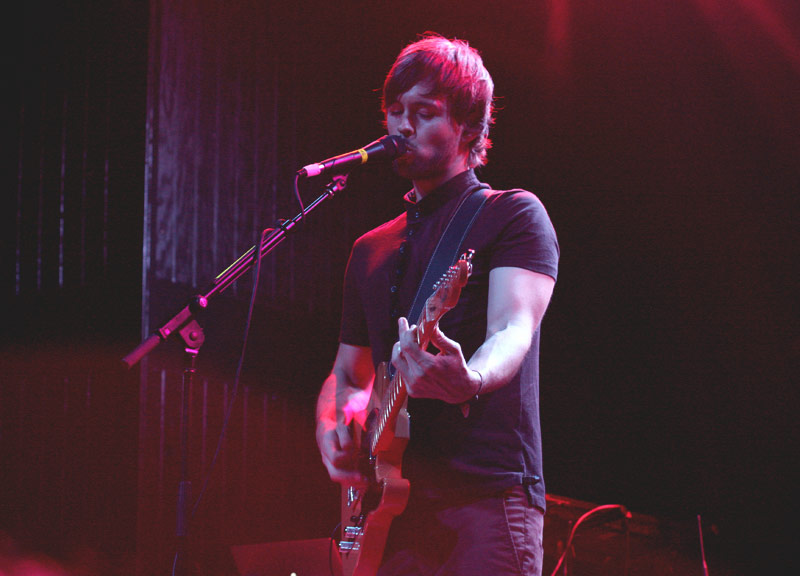 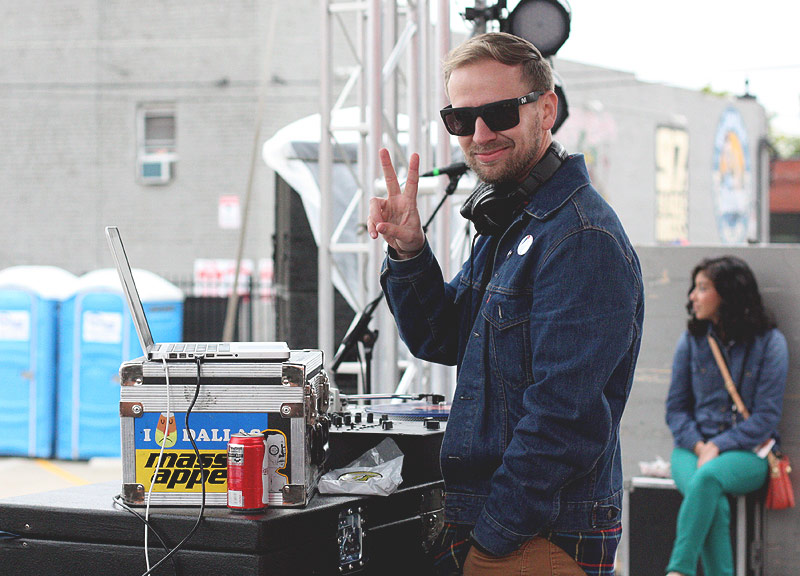 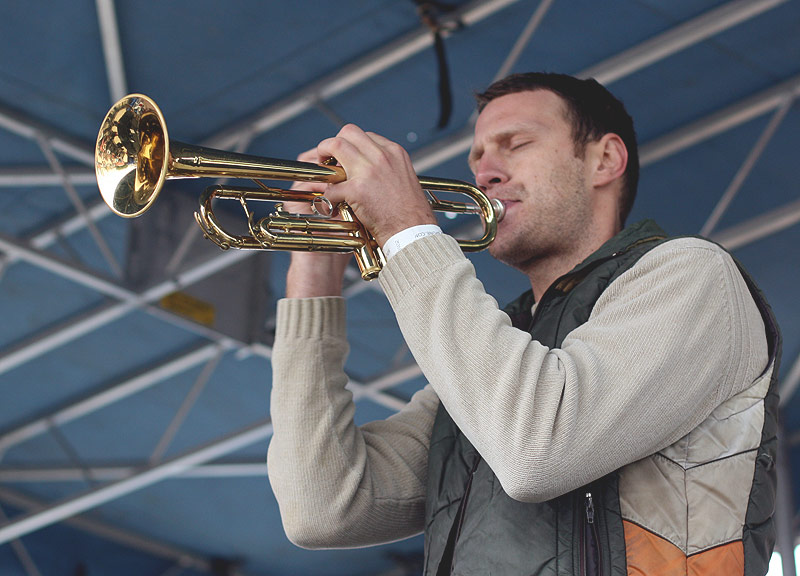 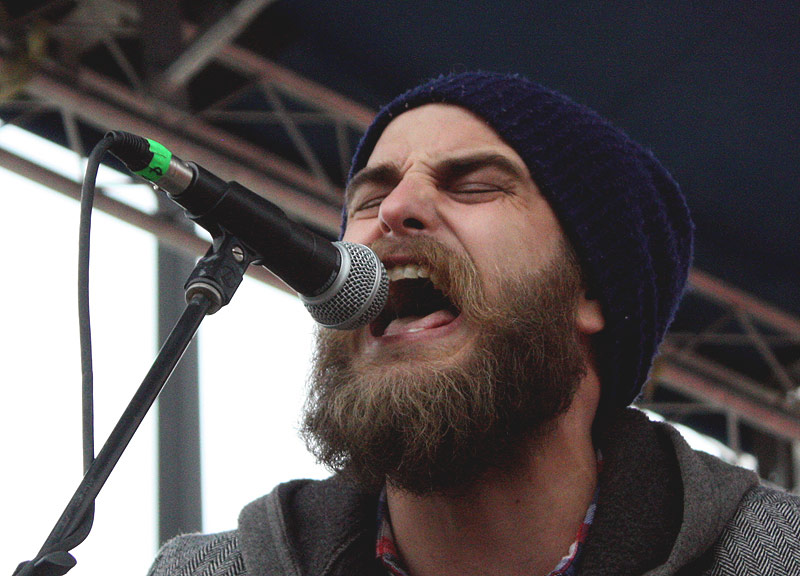 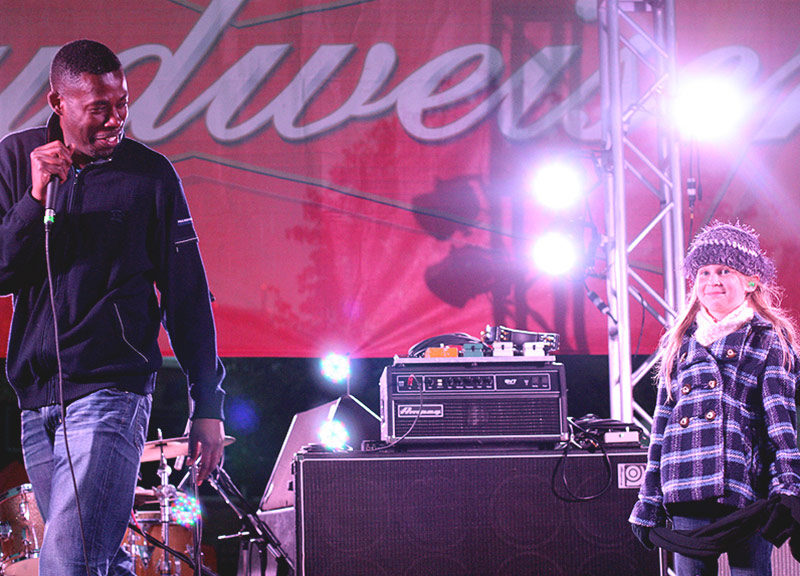 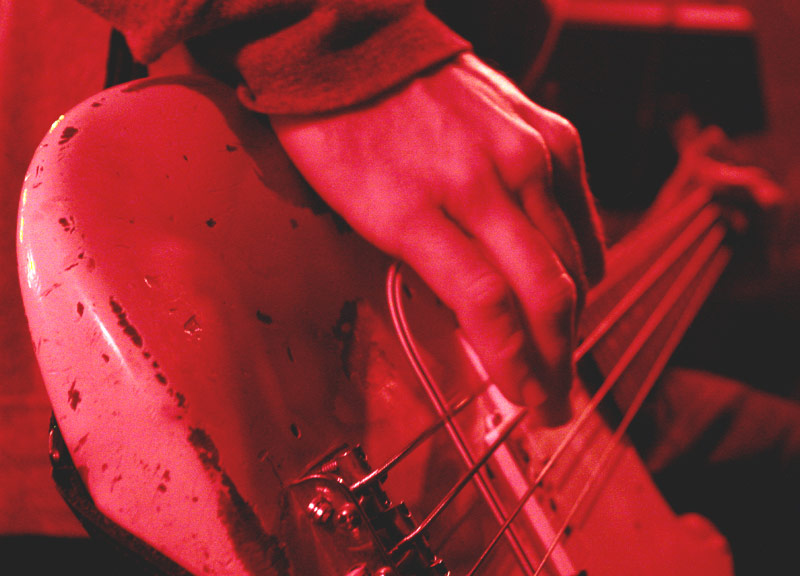 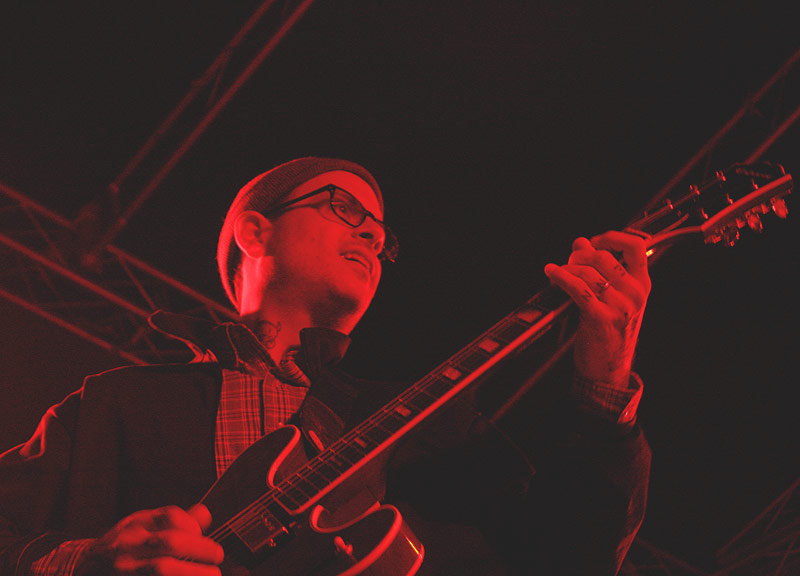 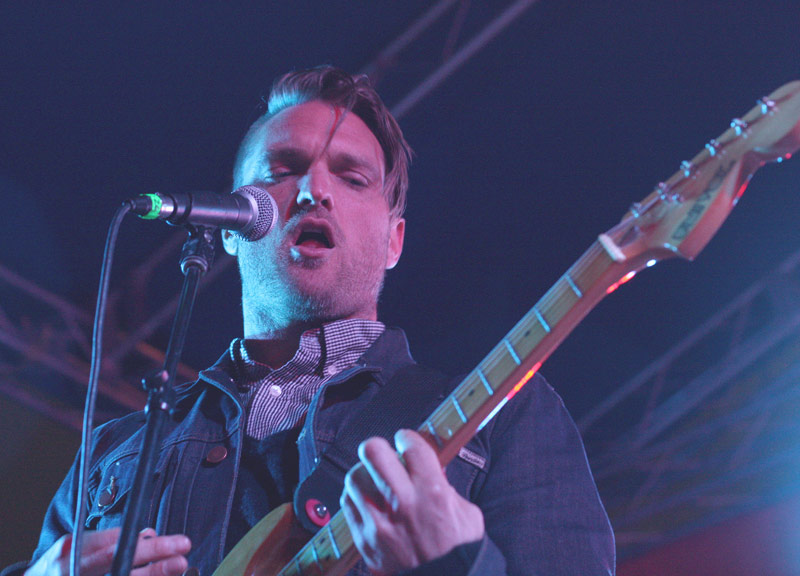 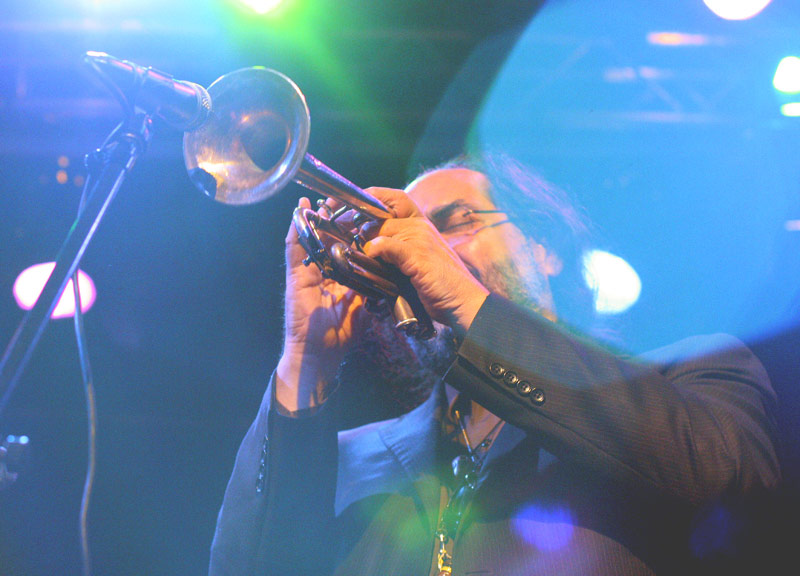 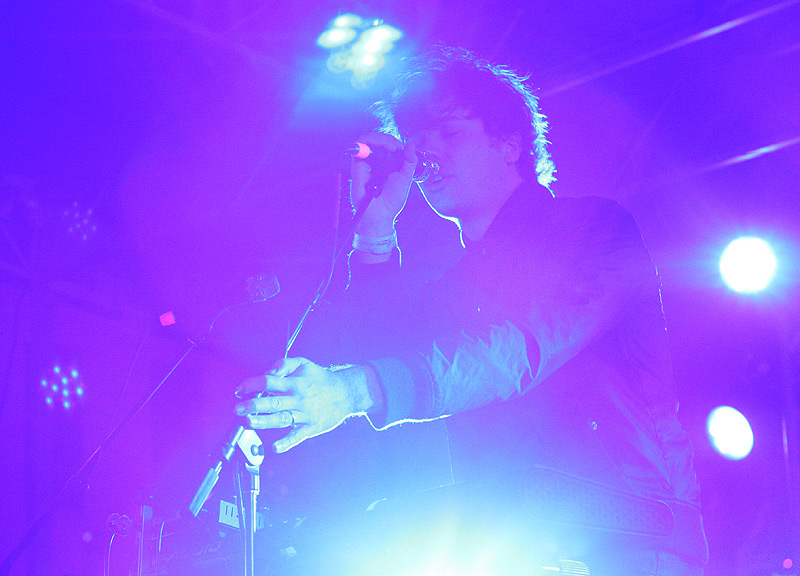 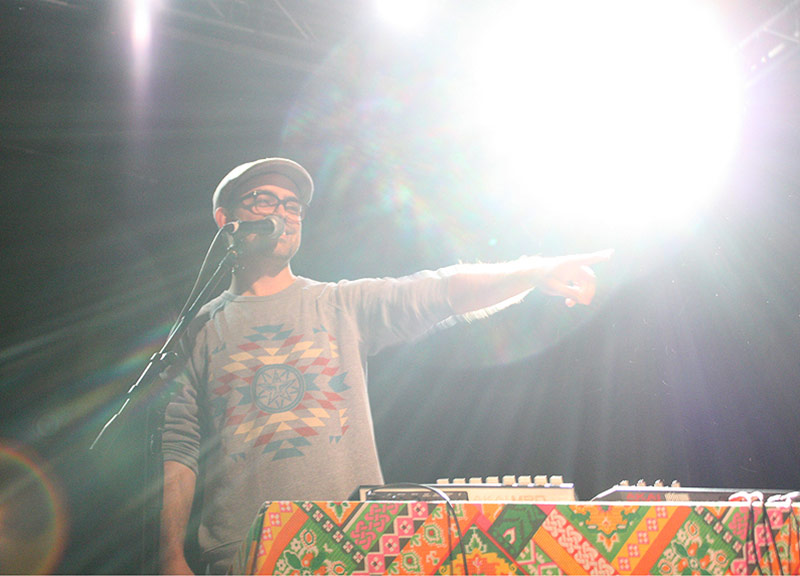