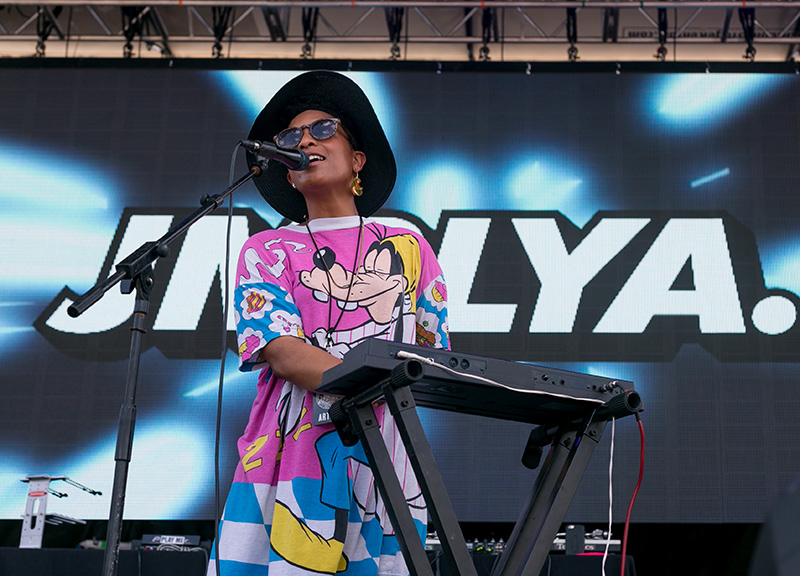 The Third Annual JMBLYA Felt A Lot Like A New-And-Improved Warped Tour.

After three years, it finally happened: There was actual jambalaya being served at Scoremore‘s annual JMBLYA Festival. The classic cajun dish made available through one of the food trucks on site was just one of those funny things that you always wanted to see happen at the now-annual deal. In fact, this year’s edition featured a lot of new additions — features that, altogether, showed just how much potential there is for this event.

After a first go two years back at what was then the Palladium Ballroom and a second run last year at Downtown Dallas’ Main Street Garden Park, this year’s event, for the third year in a row, took place at a different venue.

The setting — outside in Deep Ellum, right on Elm Street in the vacant lot across from The Prophet Bar — perhaps wasn’t all that unique, considering it took place on the same grounds where Index Fest was held last fall. But it was upgraded: The biggest difference was the surprising amount of amenities that Scoremore had set up throughout the grounds — elements such as a gaming center featuring several arcade games, Scoremore-themed Connect Four and an underutilized bounce house slide. And, considering how hot it was on Friday and how early the event began (gates opened at noon), it was exceptionally smart too of the organizers to set up several cooling stations as well as a dozen free water dispensers throughout the grounds. It really cannot be understated how necessary of a precaution this was: It was a steamy one on Friday, and, along with the numerous EMTs set up across the lot, that water was a potential life-saver for the event’s many attendees.

That, perhaps, was the biggest takeaway of this third JMBLYA. Things ran so well, on such a large scale, that it felt reminiscent of another summertime fest that attracts hordes of teenagers every year: The Vans Warped Tour. And, hey, if that’s not Scoremore’s aim — to parlay itself into the same vein as the 20-year-old alternative, pop-punk touring music festival — well, maybe it should be. Because it just makes so much sense.

The event is already a traveling one, with a New Braunfels date always scheduled to go down the day after the Dallas date for the Austin and San Antonio markets. Gradually adding more and more dates each year in cities where Scoremore has already established itself — markets like El Paso and Houston — and then moving on other parts of the country? If Warped Tour can do it, why not this brand? The backbone that Sascha Stone Guttfreund and Claire Bogle built Scoremore on was establishing relationships with young, talented artists early in their careers (Kendrick Lamar, Wiz Khalifa, Mac Miller and Chance The Rapper) and keeping close working relationships with them as their careers have grown — a trend that looked to continue at JMBLYA ’15, which featured a lot great young talent this year in Towkio, Denitia + Sene, Vic Mensa, G-Eazy and Travi$ Scott, to name a few.

Too bad there’s a bit of an issue with catering to teenagers into hip-hop: Whereas the kids at Warped Tour seem to give into their fandom, let loose and genuinely enjoy the day, this set seems a little too high on itself, much too cool to let loose. Instead, the agitated, potentially overheated bunch crammed itself up near the front of the festival grounds only to heckle the open artists as they waited for the headliners. One festival performer, Kaytranada, even took to Twitter to let out his frustration with the crowd.

lol dallas i see all your fcking tweets talking shit about how boring i was but yall was more boring than me— KAYTRA (@KAYTRANADA) June 20, 2015

i would have to play some fetty wap so yall can loose yo minds, they booked me at the wrong shit— KAYTRA (@KAYTRANADA) June 20, 2015

On the other hand, Travi$ Scott’s punk-indebted rager of performance on Friday night saw the crowd genuinely hyped up and proving itself a handful for security. It also it made for the fest’s most entertaining set: As the Houston-based rapper/producer took the stage, he diabolically challenged his bunched-together fans near the front to take on the four to five security guard keeping them at bay and make their way to his stage. And it was definitely his stage, too, considering that the few who did make it up there were quickly yelled at by Scott and told to stage dive — or else.

PartyNextDoor’s swooning, fest-closing performance wasn’t nearly so aggressive — perhaps by design. It closed out the long, exhausting day with a soothing end.

I guess this JMBLYA fest really knows what it’s doing. Here’s to seeing what it does next. 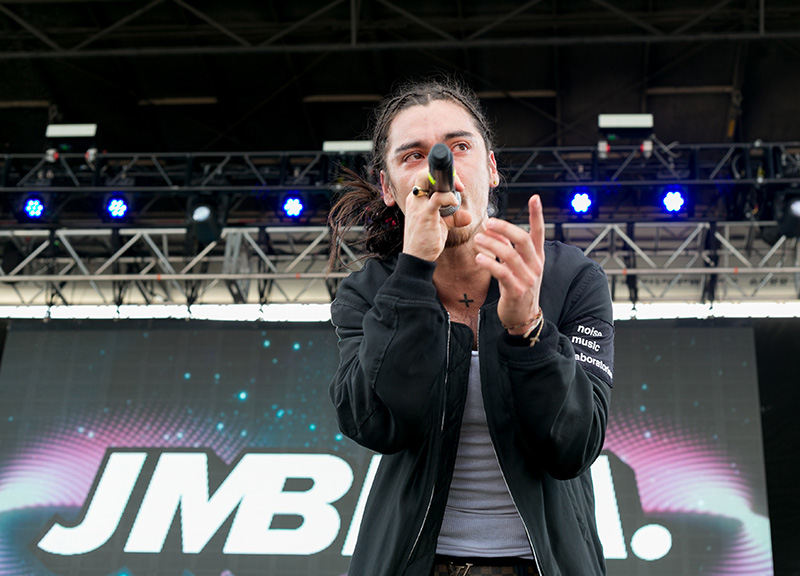 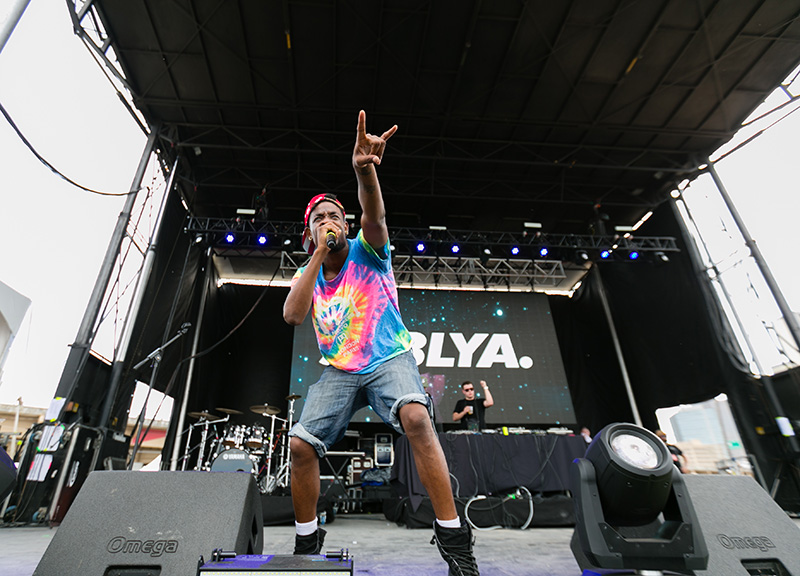 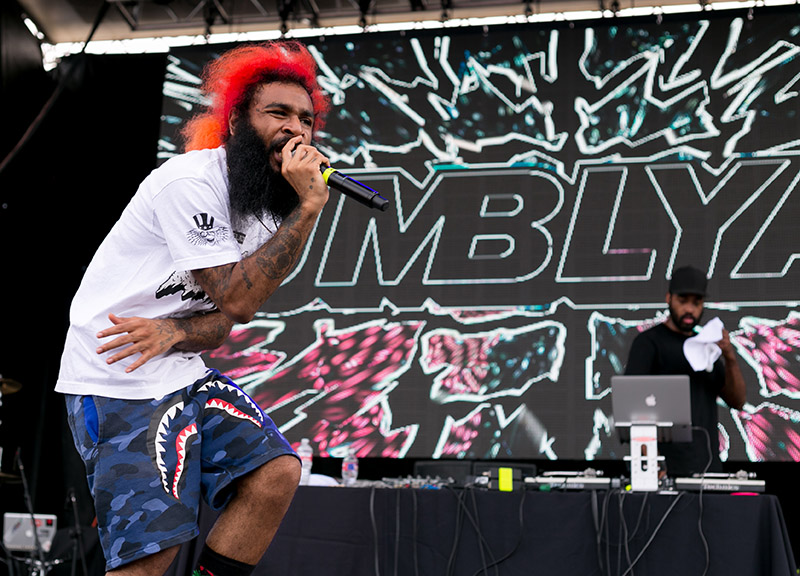 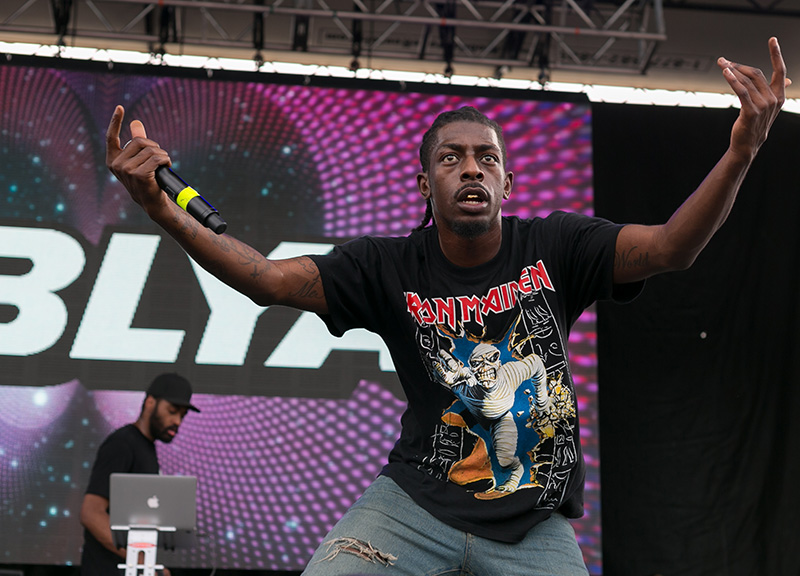 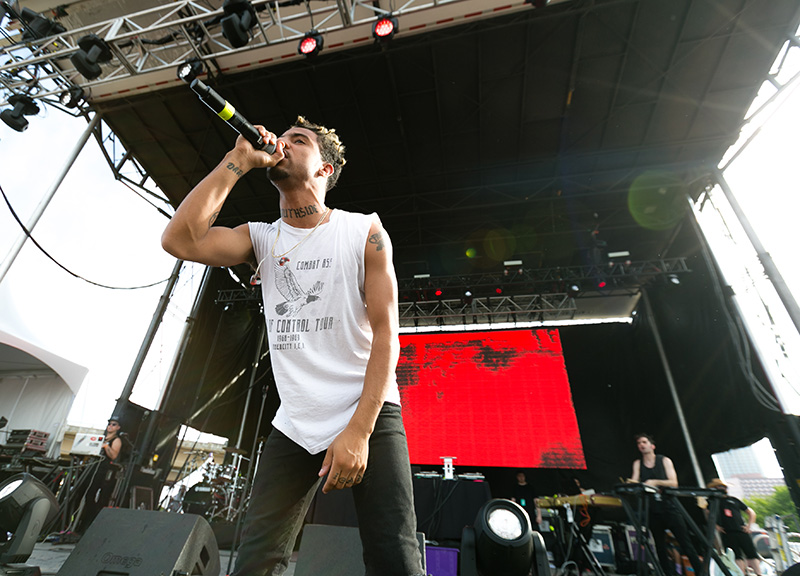 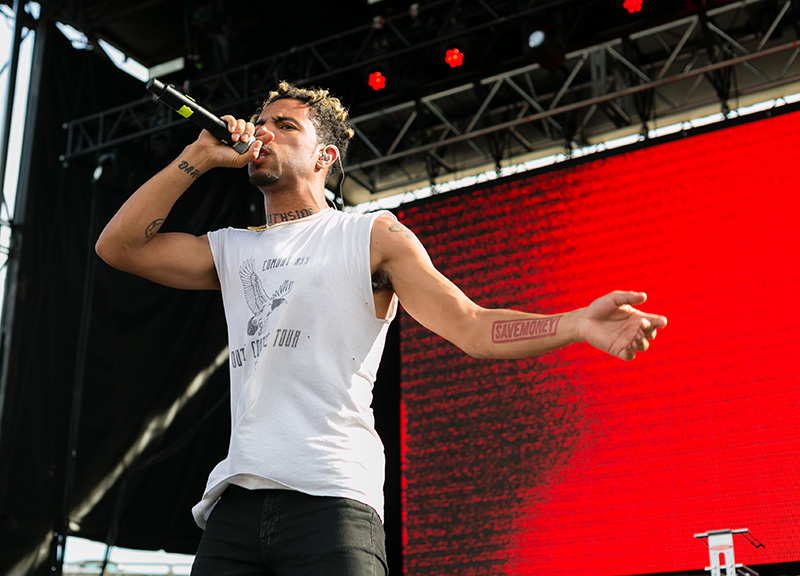 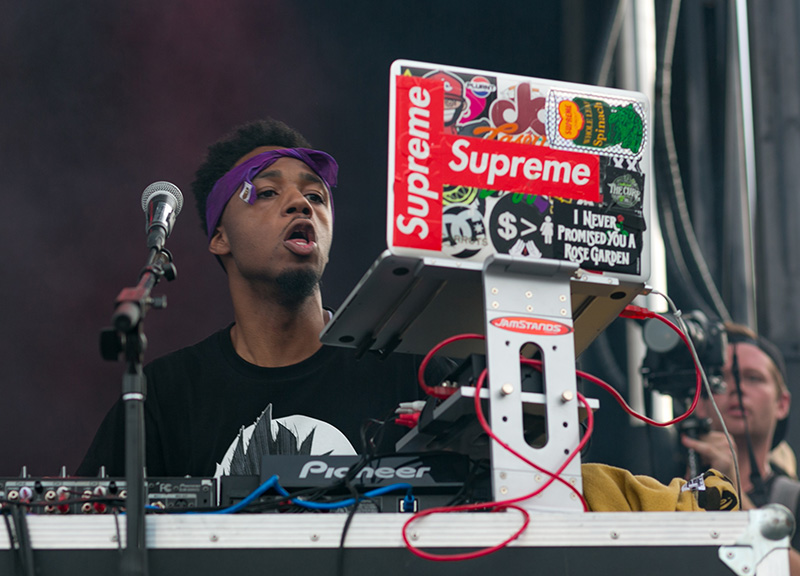 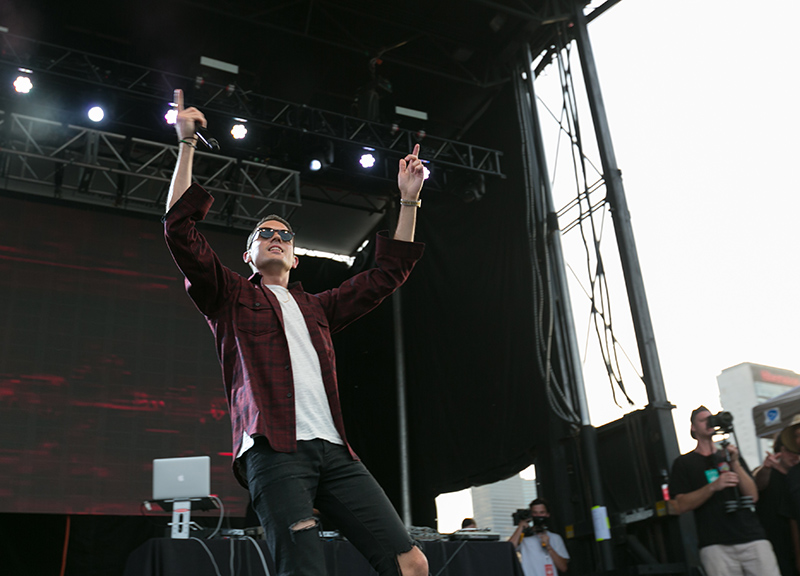 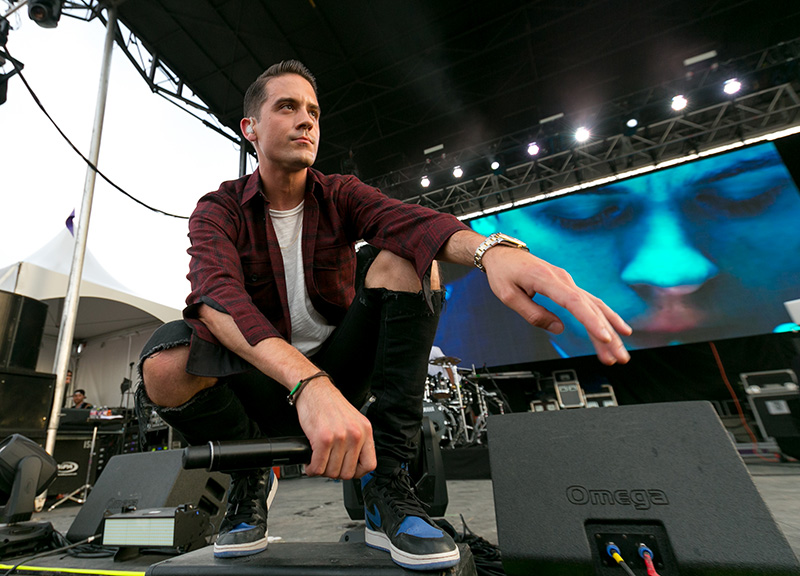 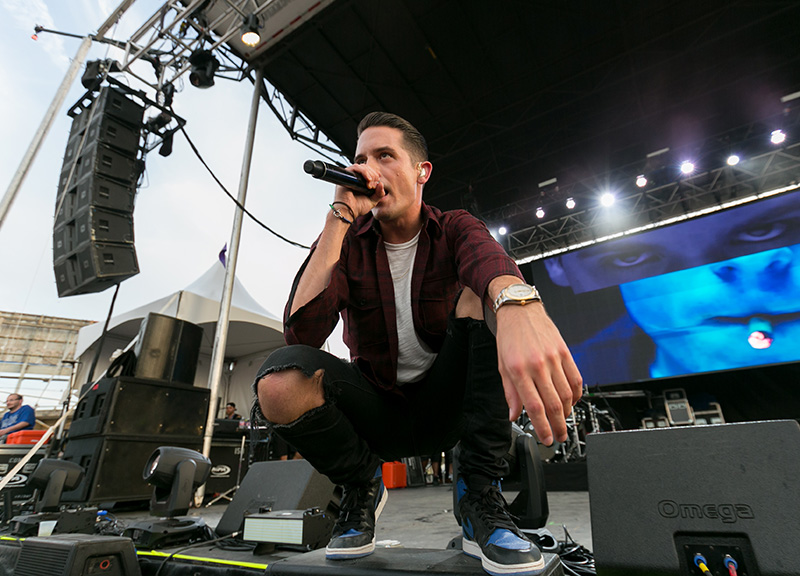 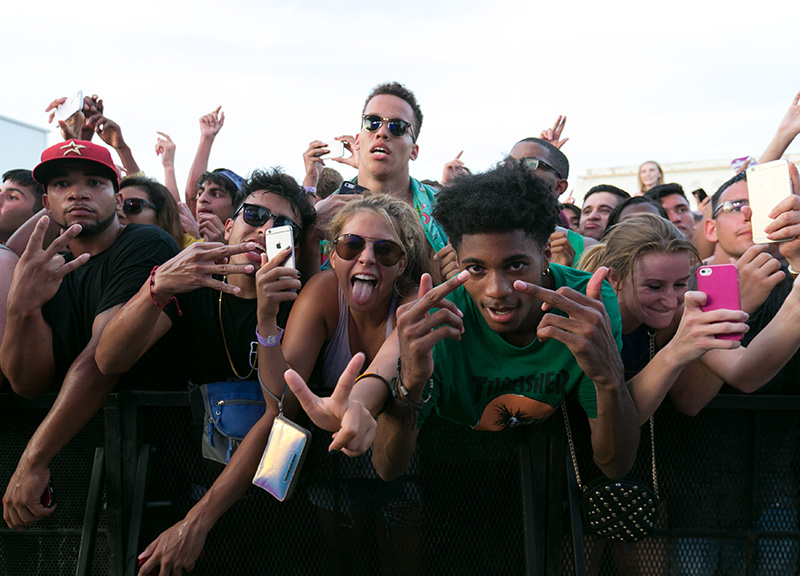 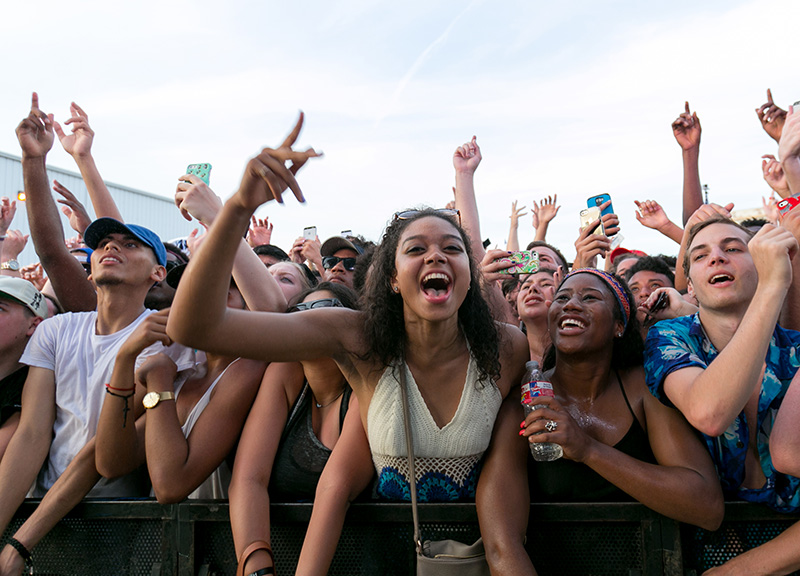 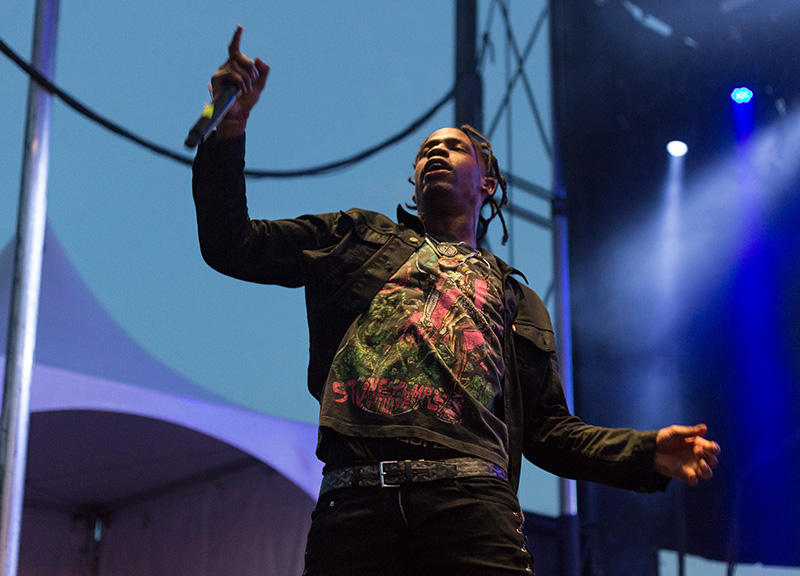 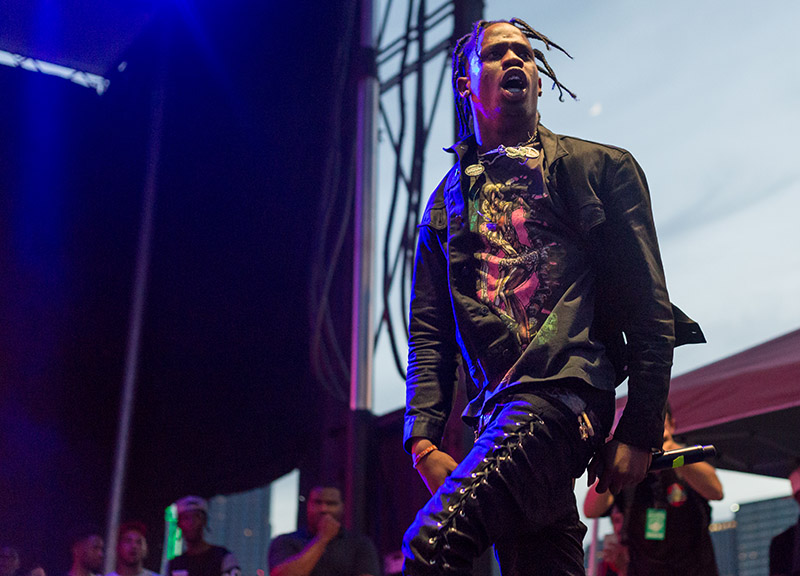 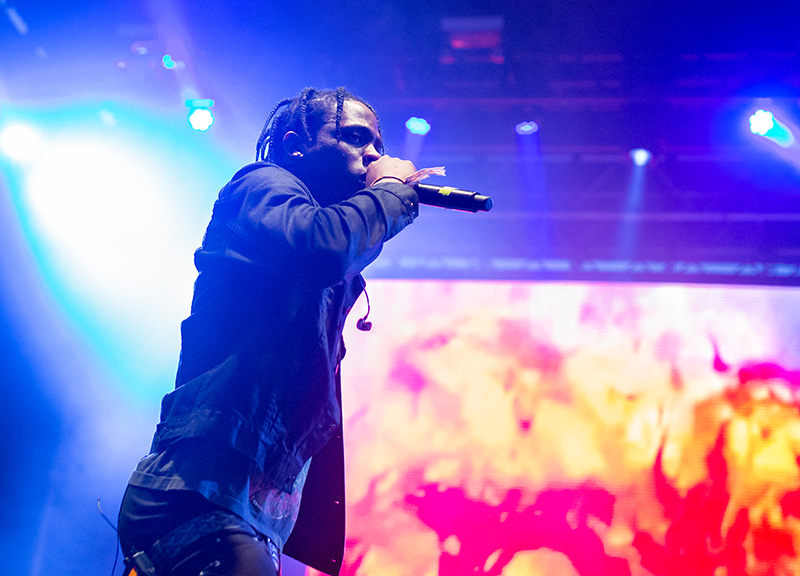 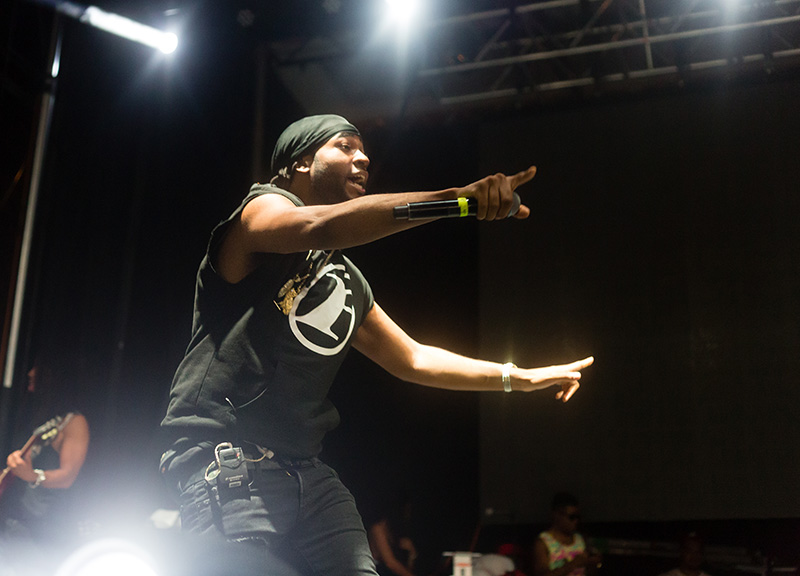 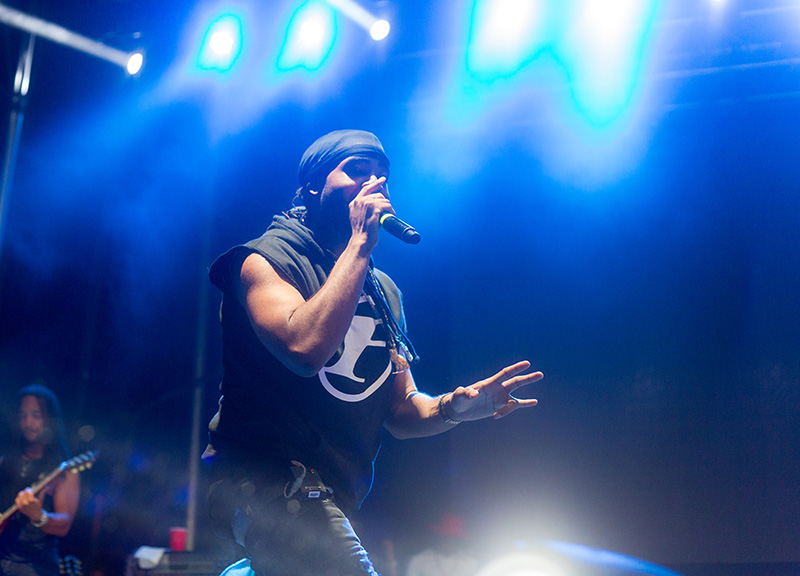 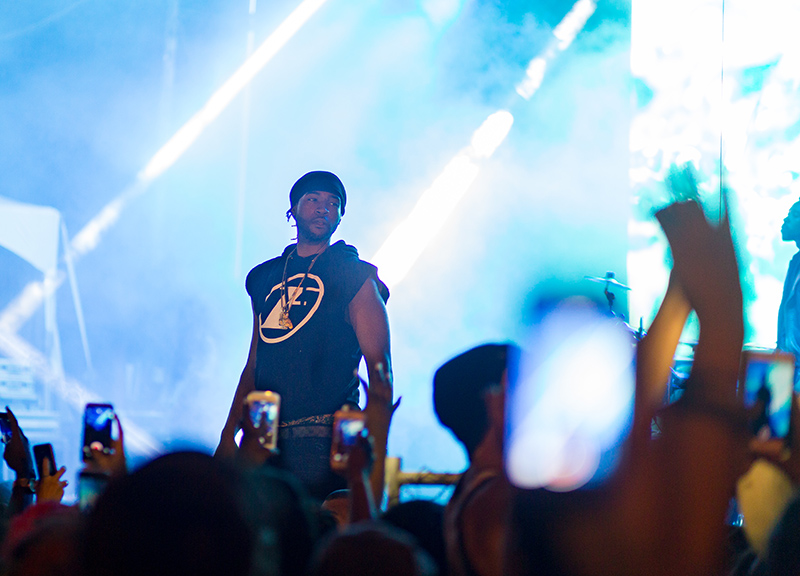