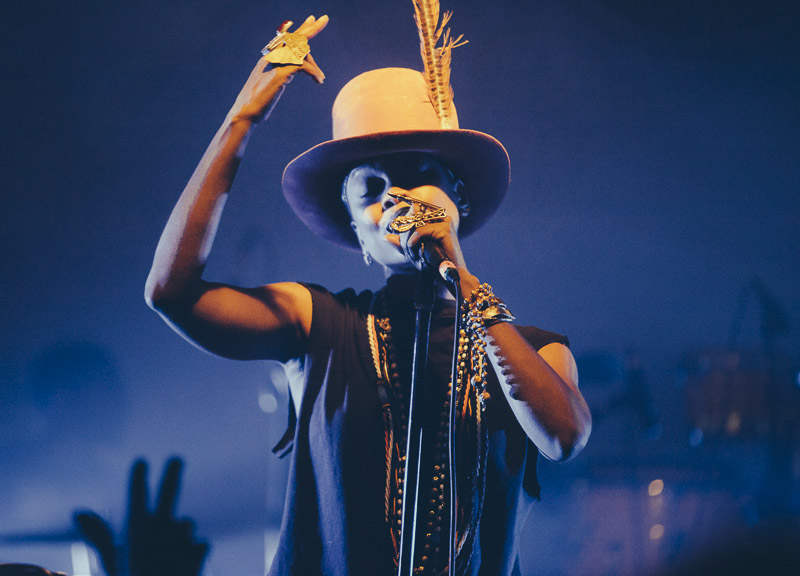 Check Out Erykah Badu And A Bunch Of Locals Reinterpreting Drake's Hotline Bling.

Last night, Erykah Badu blew up the Internet with the late-night release of her cover of Drake's summer slow jam “Hotline Bling.”

Only, well, her “Hotline Bling But U Cain't Use My Phone Mix” is as much of a reinterpretation and re-imagining of the track as it is a direct spinoff.

Scrapping all of the production from 40 on Drake's version, Ms. Badu's version was co-written with Seven Benjamin — her son with Outkast's Andre 3000 — and also makes use of several of Badu's fellow Booker T. Washington High School alumni. Zach Witness produced the track, and new guitar and drum parts come courtesy of Raché's Benjamin Hixon and Ethan Worland, respectively.

The new track comes from Erykah's forthcoming BUT U CAINT USE MY PHONE mixtape, which of course borrows its name from the last line of her 1997 hit, “Tyrone.” This time, though, Badu's the one not answering the phone. To wit, our favorite part of the song is the interlude that finds us listeners dialing Badu up only to get her machine, at which point a recorded Badu announces the following:

That aspect is just one of this song's many nods to Badu's recent past. Another phone-related song from Drake — “Days in the East” — lyrically finds the 6 God hanging out at Erykah's house and having a heart-to-heart over a cup of tea. Spits Drake in that one: “Remember one night I went to Erykah Badu house/ She made tea for me/ We talked about love and what life could really be for me / She said, when that shit is real, you just know.”

Also, you may recall that Zach Witness earned some love from The Queen herself earlier this year thanks to his remix of Badu's Mama's Gun track, “Bag Lady.”

Do we sense the beginning of a long and fruitful working relationship of the illest order? Here's hoping.