You Yacht To Know. 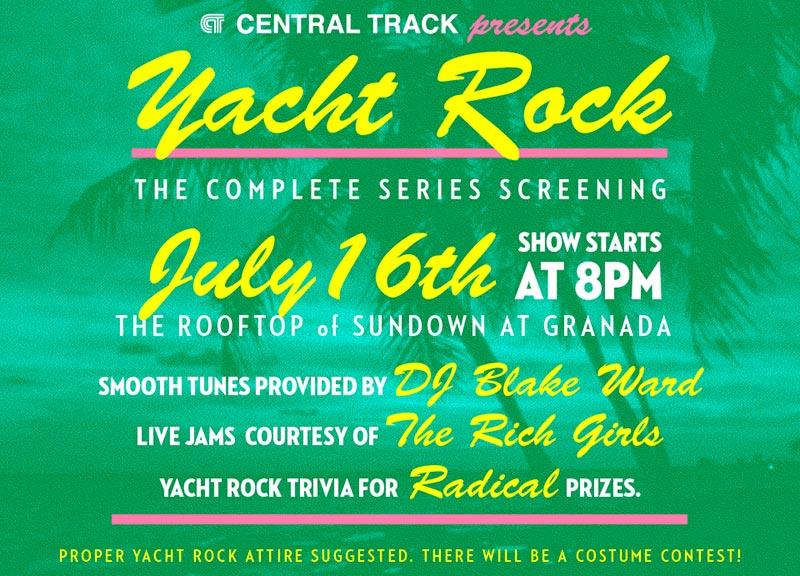 We won't blame you if your memories from our inaugural yacht rock party from last summer are a little hazy. Just know this: It was a sweaty, drunken, incredibly smooth time — so much so, in fact, that we're going to be doing it again.

On Tuesday, July 16, we're joining forces with our friends at Sundown at Granada Theater to throw our second annual yacht rock party!

First, starting at 8 p.m., we're taking over the rooftop at Sundown to screen the complete (and completely genius) YouTube series, Yacht Rock. After that, DJ Blake Ward will be taking over the downstairs P.A. to fill your ears with all of the greatest yacht rock jams ever written. And he'll be joined on stage by Dallas' premier Hall & Oates tribute band, The Rich Girls, who even promise not to get sick mid-show this time!

Oh, and it's completely free to attend.

Clearly, this is going to be awesome. RSVP over on the Facebook event page to let us know you're coming. Then start picking out your outfit, you foxy thing, you.