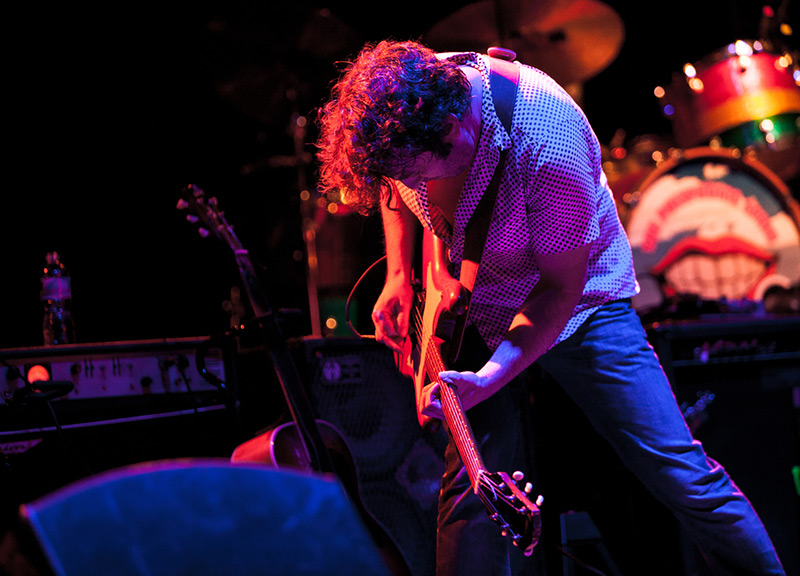 Scenes from The Polyphonic Spree’s Album Release Show at The Granada Theater on Friday Night.

Perhaps it was all that travelling around the world and the subsequent thrill that comes with returning home after a long trip abroad. Or, just as likely, maybe it was just that sense of accomplishment and feeling of elation that comes with the release of an album — any album, let alone the group’s first proper studio LP of original material in six years.

Nonetheless, the members of Dallas’ The Polyphonic Spree were indeed in good — nay, great — spirits on Friday night in the wake of their album release celebration at the Granada Theater.

“That was the best show we’ve had in Dallas in years,” choir member Jennie Kelley gushed during the band’s open-to-the-public post-show get-together on the rooftop patio of the venue’s next-door establishment, Sundown at Granada.

“It was just the prevalence of community,” Spree frontman and mastermind Tim DeLaughter concurred. “It was so great.”

And well, yeah. It kind of was.

For well over an hour, after compelling and well-received opening sets from Harper Simon (son of Paul Simon and, somewhat surprisingly, not a book publisher) and local favorites Telegraph Canyon, the Spree looked joyous as ever, touching on songs from across their now-four-album catalog, making sure to hit on all of the favorites, while still making room for their new album’s almost New Wave-y material, too.

As is now par for course with this band — which is damn near as close to a can’t-miss live as seems physically plausible — the whole set was a euphoric display. It’s been said before, but it bears repeating: With almost two dozen members on stage, it’s practically impossible not to get swept up into the Spree’s ever-epic displays. Friday’s offering was no different in this regard; if anything it was a “greater than” set, thanks in no small part to the extra emphasis DeLaughter and his Spree placed on their local ties this night.

Starting with the spray-painting of the message “We go back a long time” onto the curtain that hid the band’s set-up from to the crowd and later extending to DeLaughter’s later monologues in praise of area radio icon George Gimarc and the fans that have stuck by his side since his Tripping Daisy years, gratitude was clear name of the game from the band’s Friday night perspective.

That much seemed true from the crowd’s standpoint, too. All night long, that sentiment built before eventually cresting during the band’s now-standard cover of Nirvana’s “Lithium.” After instructing the crowd — all of it, including one particularly resistant tie-dye shirt-clad fan on the balcony — to follow his lead and crouch down, an audience-embedded DeLaughter then led his audience into a cathartic group pogo session during that song’s chorus.

It was quite the moment.

But in a night just filled with such therapeutic group moments, it was really just another moment.

That’s the power of the Polyphonic Spree, to be frank. This is a band that makes the exceptional seem rather regular. In part, sure, you can credit the band’s strength in numbers for this. Frankly, though, it’s just the magic that this band wields that lends this group this truly remarkable ability. And, on Friday night, that magic was readily evident.

And, more than that, it was celebrated. Deservedly so: The Spree are more than just some massive group from Dallas; they are one of Dallas’ few unquestioned, great exports.

Friday night, lest anyone needed it, served as a reminder of this. 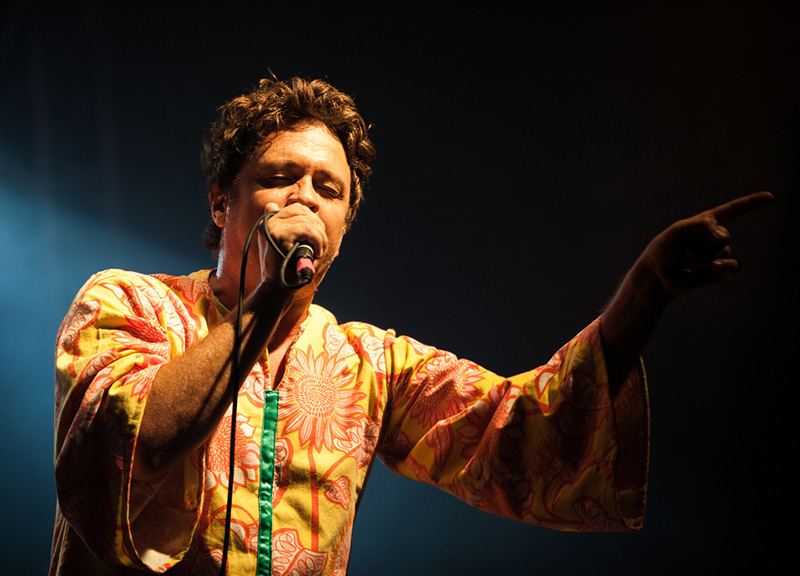 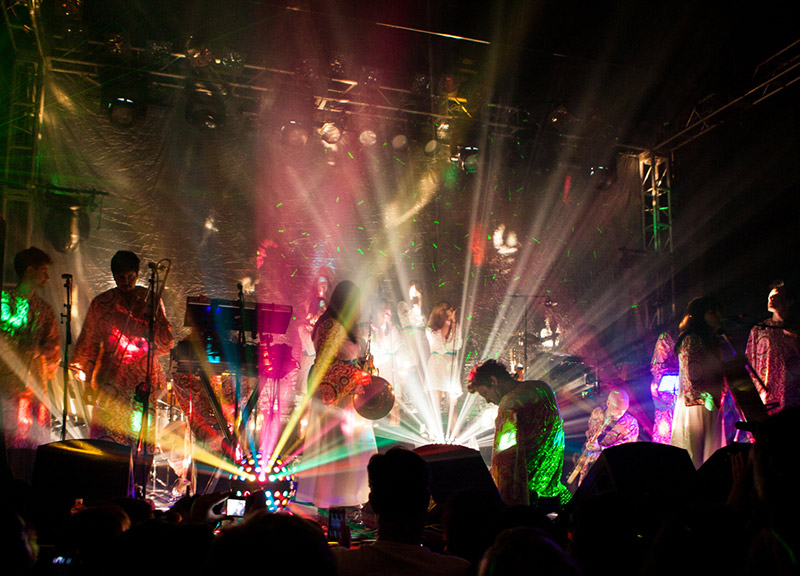 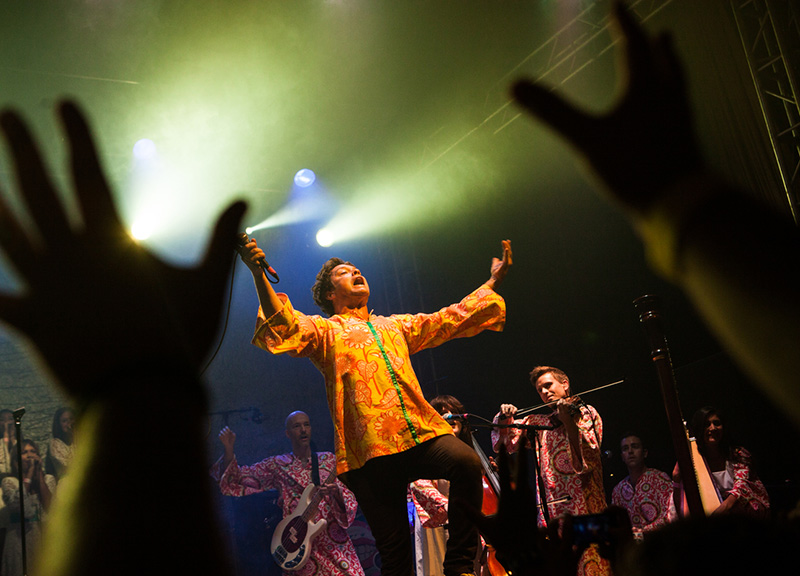 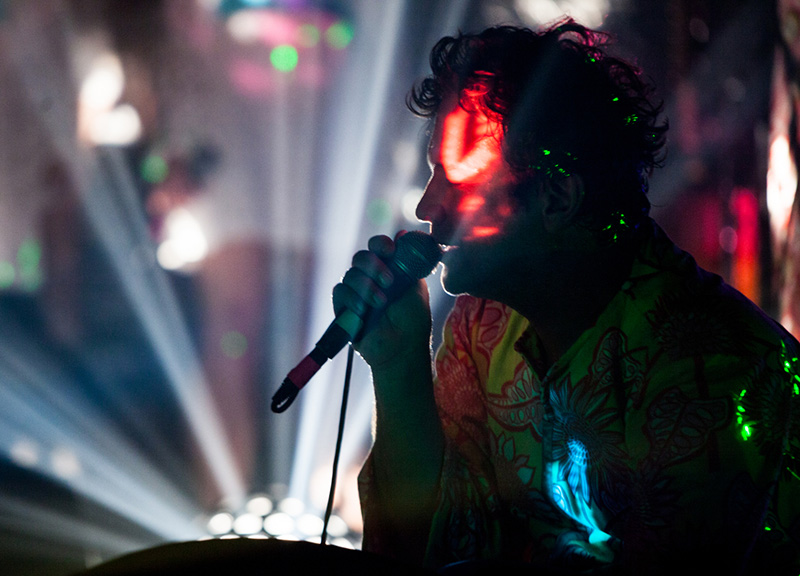 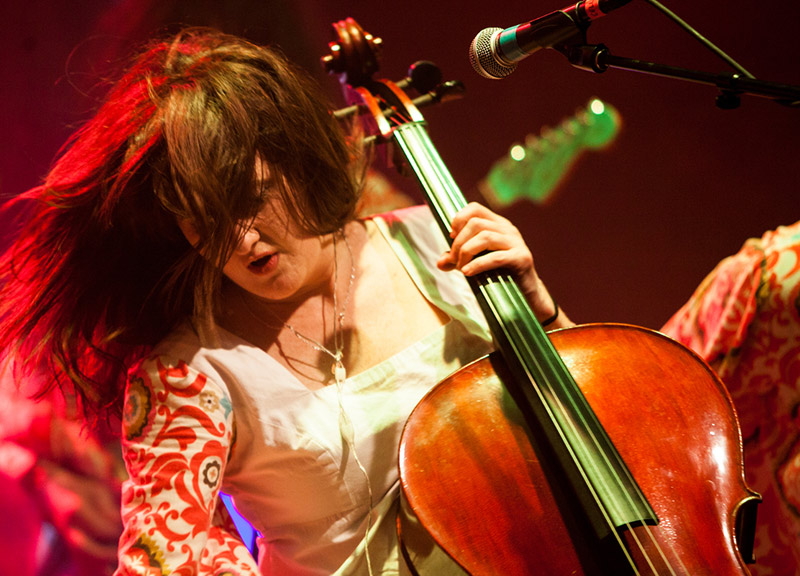 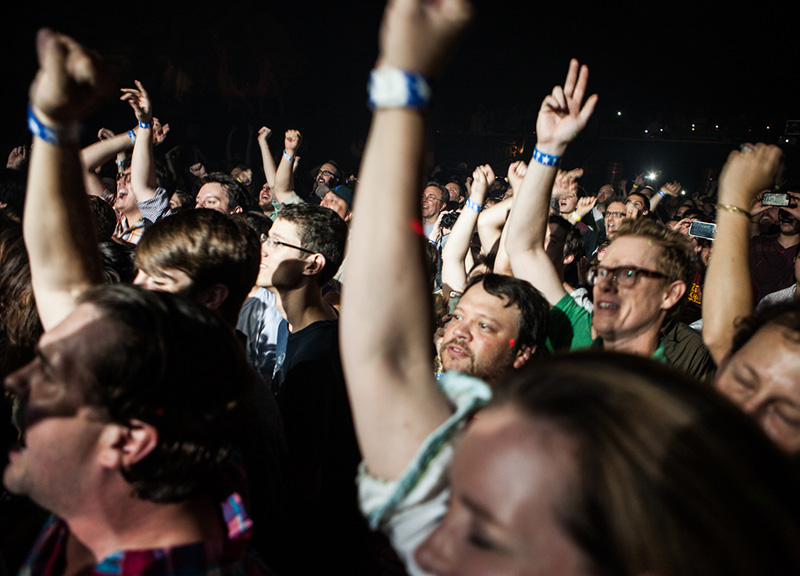 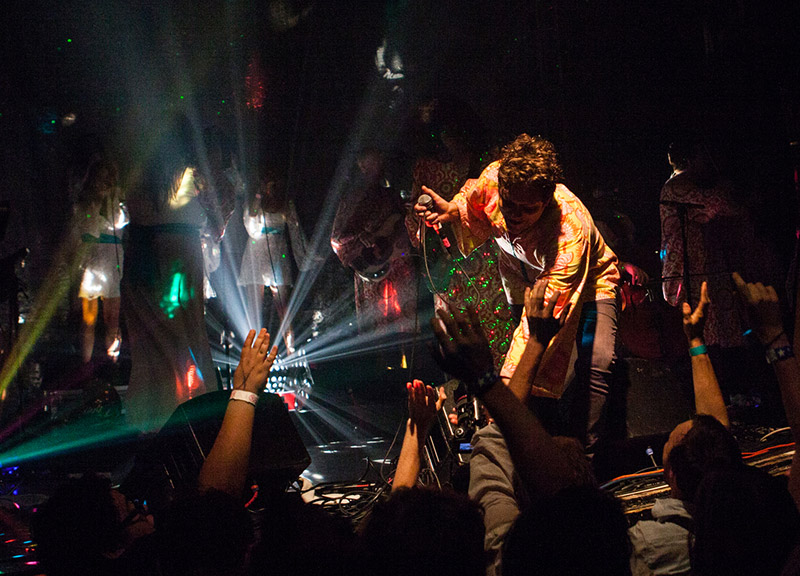 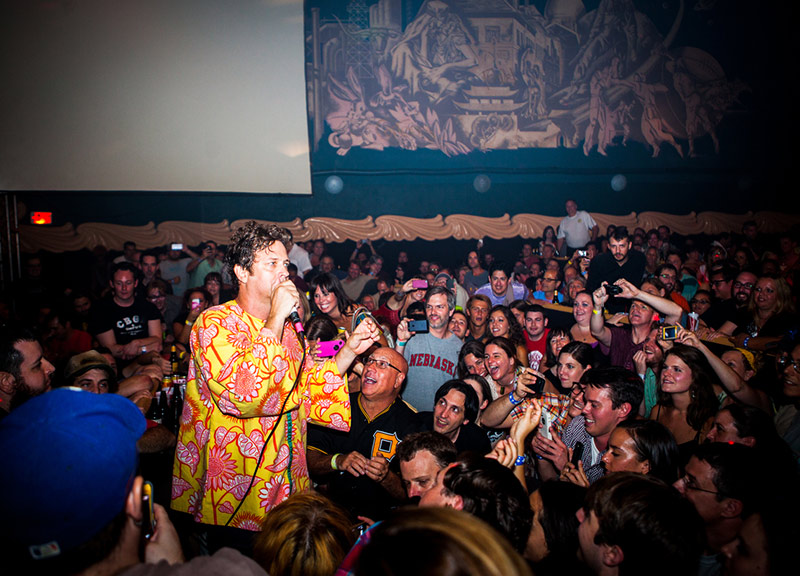 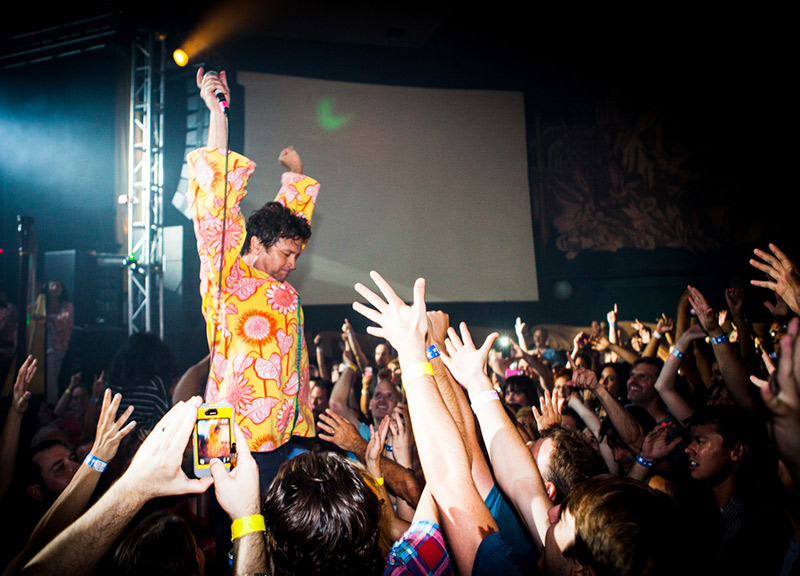 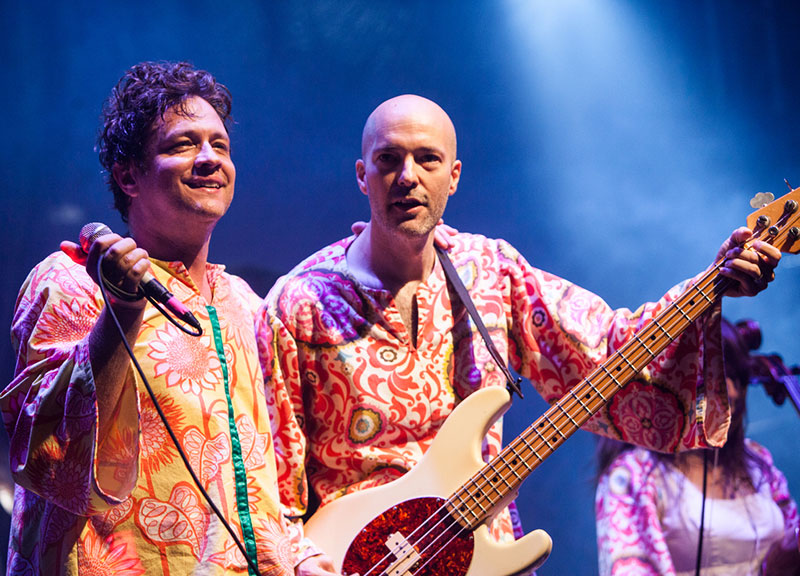 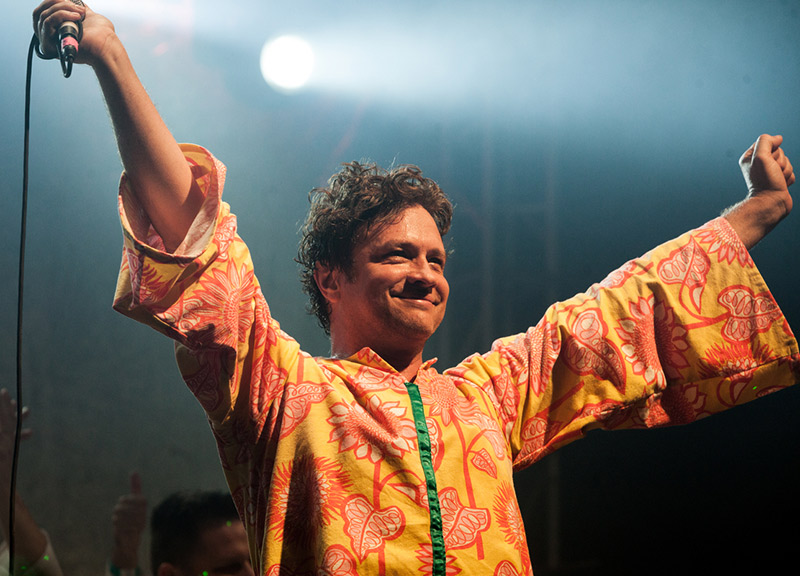 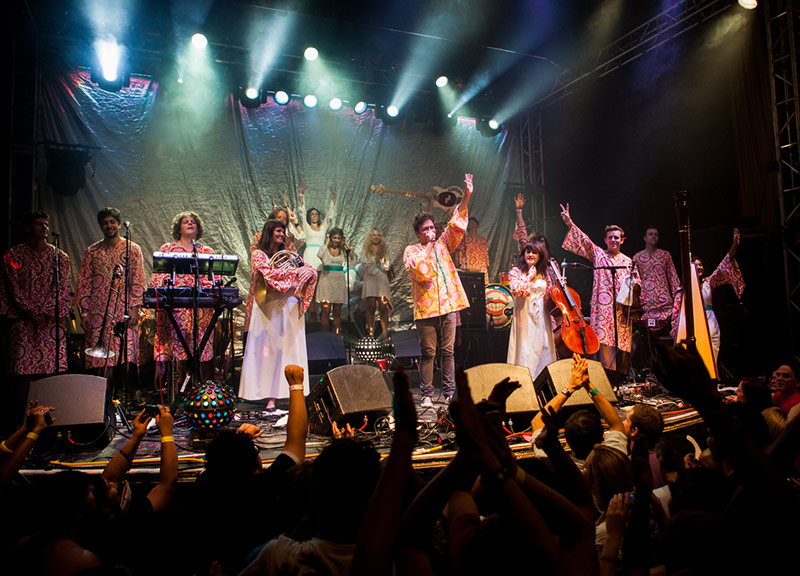