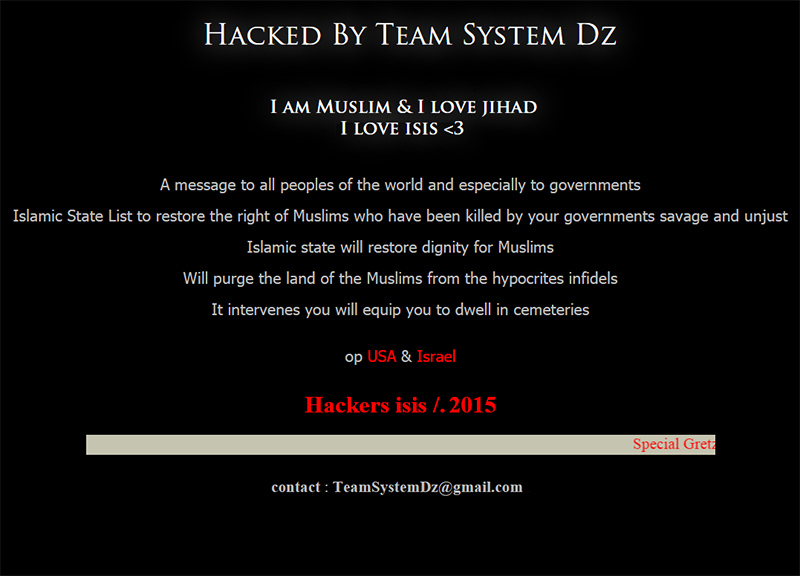 Rhett Miller's Web Site Has Been Hacked By ISIS, Apparently?

We have no idea why or how this even happened, but if you go to Old 97's frontman Rhett Miller's web site right now, you will see the following note that says the performer's site has been hacked — and by ISIS, no less.

Why the people behind this — they claim to be Team System Dz, a group that has described elsewhere as “anti-Israeli Arab teenagers” — would want to take down this affable performer's online home for his solo material is anyone's guess.

Is it because he's just too All-American? Is it even real? Is it some other sort of hoax meant to promote Miller's upcoming solo album, The Traveler, which is due out May 12? Is it a joke centered around the fact that “ransom” is Miller's middle name?

No, don't have the slightest clue, but it's definitely weird!

Anyway, we've reached out to Miller for comment on the matter, but have yet to hear back from him. We'll let you know if and when he gets back to us.

Update at 7:28 p.m.: One of our Twitter followers checks in with the reasonable response that Miller's site was probably not so much hacked as his host service was, which, while a little disappointing, is probably the reality.

Also, we've heard back from Miller himself, who assures us that both he and “his team” are aware and on top of the situation, seeking a fix.

Adds Miller, who says a friend alerted him to the news via text while the performer was having dinner before a gig in Cincinnati tonight: “For the record, I am not, in fact, a Muslim, nor am I a member of ISIS. I'm just a guy who sings songs to try and make people happy.”