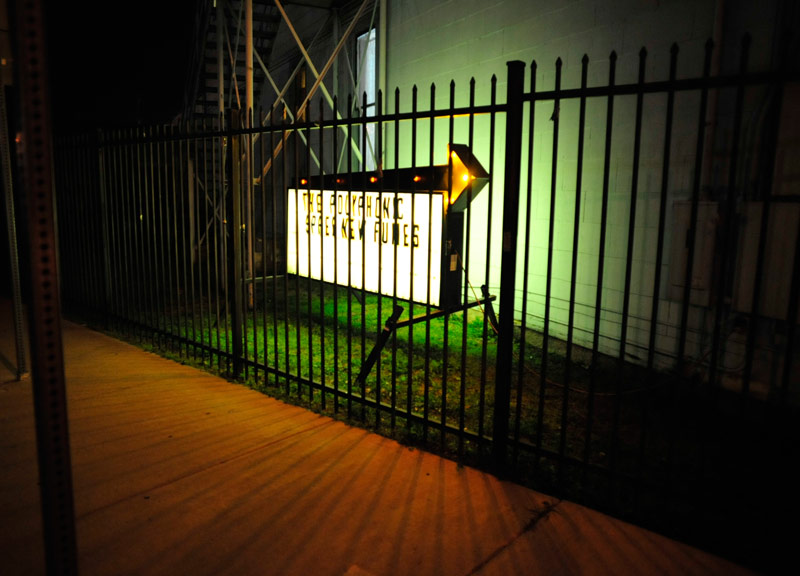 Confession time: I’ve lived in North Texas for over four years now, and I’ve never seen a Polyphonic Spree show. Sure, I’ve seen members playing in various other bands and projects and even at the Rock Lottery the last time it played up in Denton. But until last night I had never witnessed the spectacle of an actual Polyphonic Spree show.

As a general rule, I tend to be horribly cynical and judgmental about live performances and music — and, to be honest, pretty much any form of entertainment. Going into the show, there were definitely a lot of built-up preconceptions in my mind.

I’ll ruin the ending for you, though: The show was amazing.

For starters, it was the Spree’s first-ever show at the famous Sons of Hermann Hall. It’s a fantastic space if you have never been; the upstairs venue is all wood, nice and open, and very intimate. It’s just a classic Dallas venue — as it has been for over 100 years now — and you definitely owe it to yourself to visit.

The show was also a great “return home” for the band, fresh off a 11-day tour of the Southeast.

The crowd fervor actually started off pretty slow — but they were dragged from their complacency by some fantastic back-and-forth with frontman Tim DeLaughter and, of course, tons of confetti. 50 pounds of the stuff. Just looking at the floor after the show was amazing.

Most of the rest of you know this already: The Polyphonic Spree are irresistibly charming in a live setting. The music is effervescent and you can’t help but sing along. It ends up being a communal experience, which only helps to elevate the general euphoria of the crowd. The whole band plays and sings so enthusiastically and earnestly that it pretty well melts any kind of cynical ideas you bring with you. And even though DeLaughter was performing last night with a bad back (the rest of a fall off of a stage earlier on the tour), he was still bouncing all over the stage between his winces, and as committed to a performance as any performer could be.

Honestly, there were a few times that I found myself enjoying the show when I should have just been taking photos. You get caught up in it, though, and only more so when it happens to be 15 people on stage doing a really great medley of Who covers.

The Spree really are a band that needs to be seen live to be appreciated. They just work best that way, and now I get why. 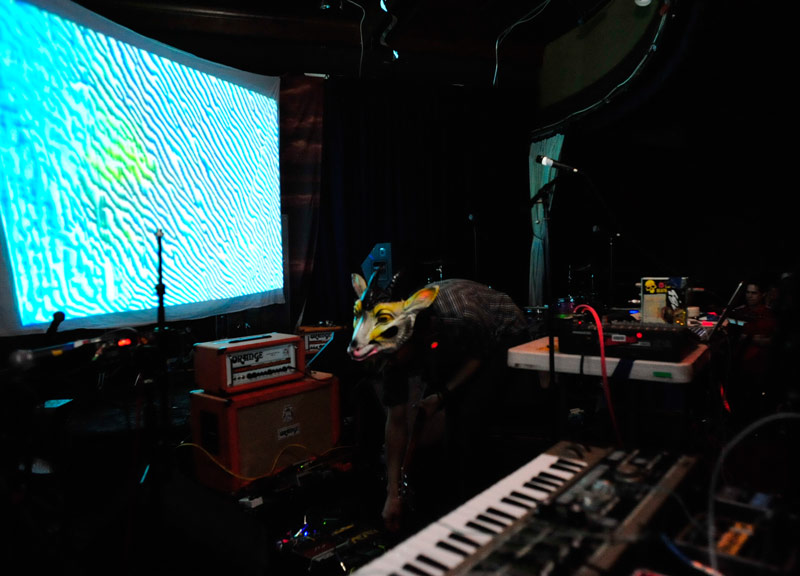 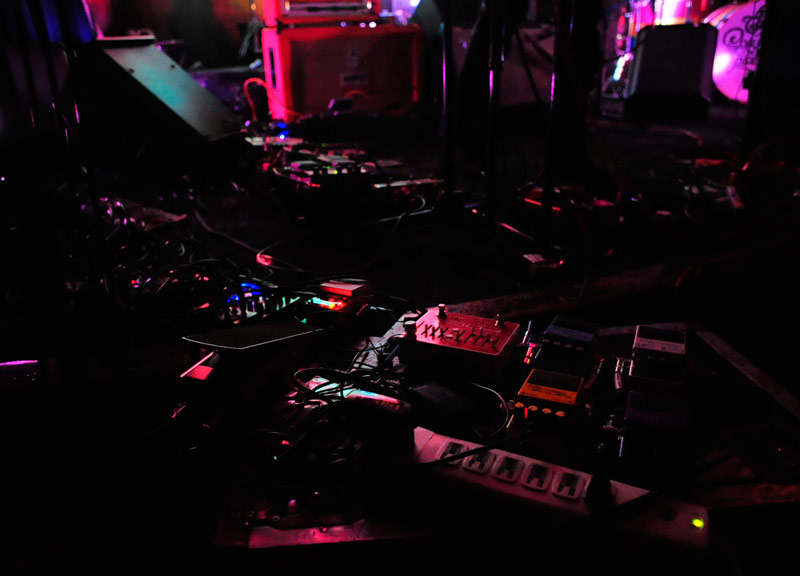 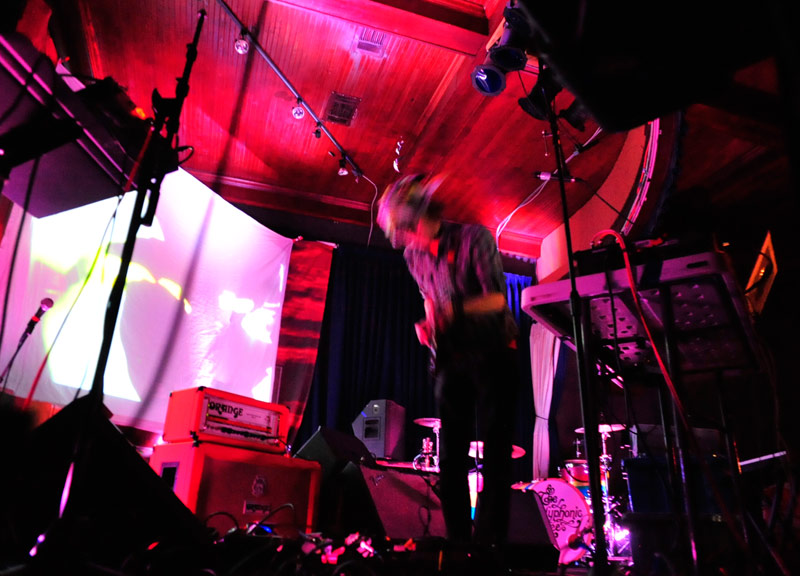 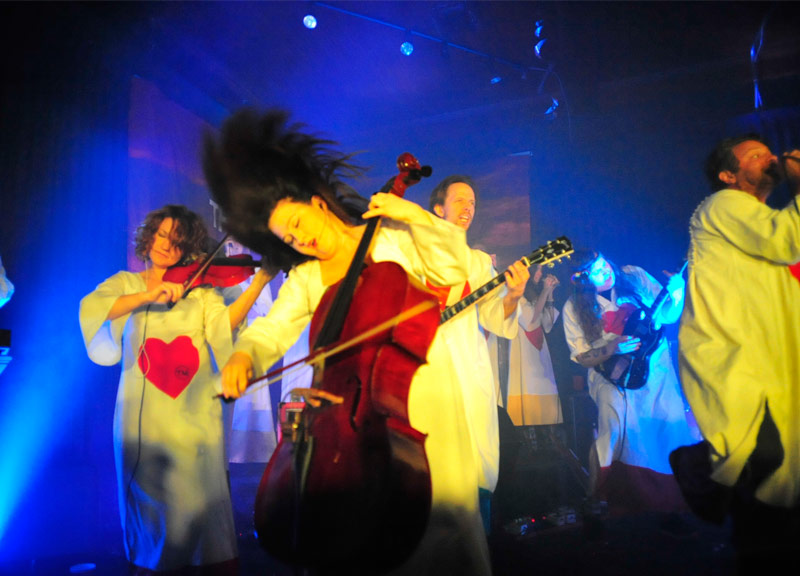 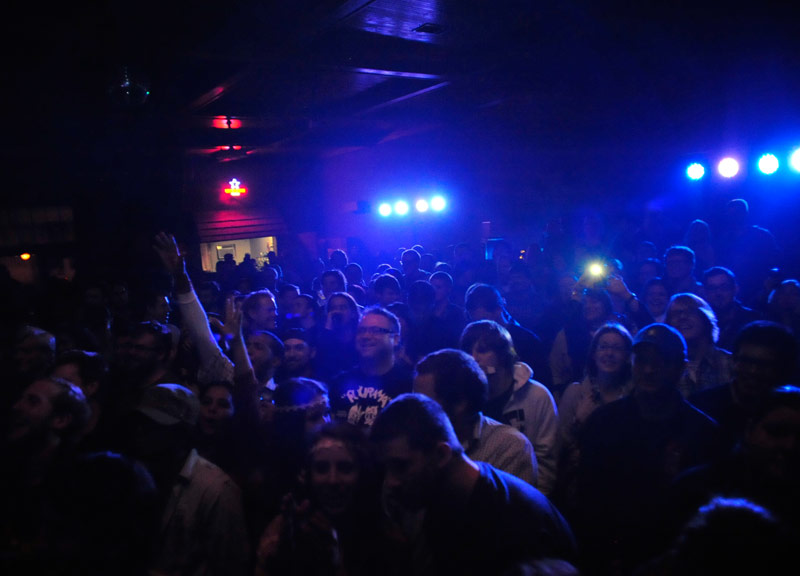 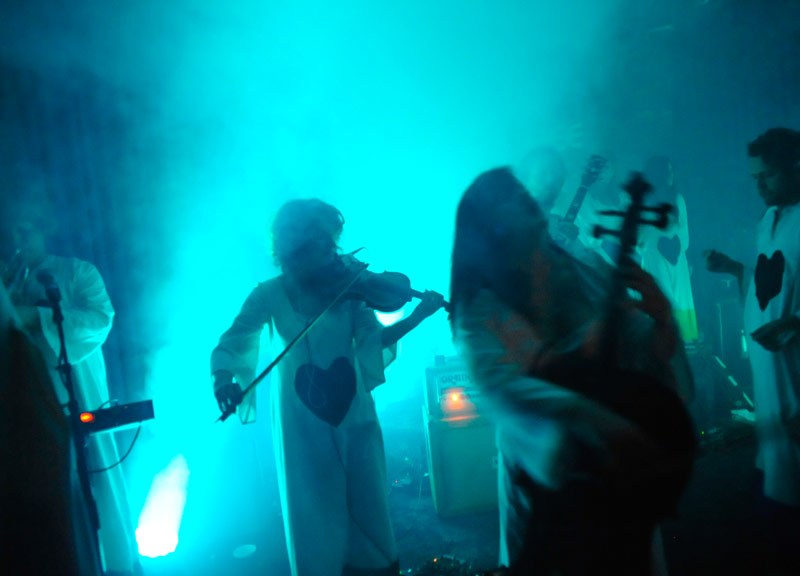 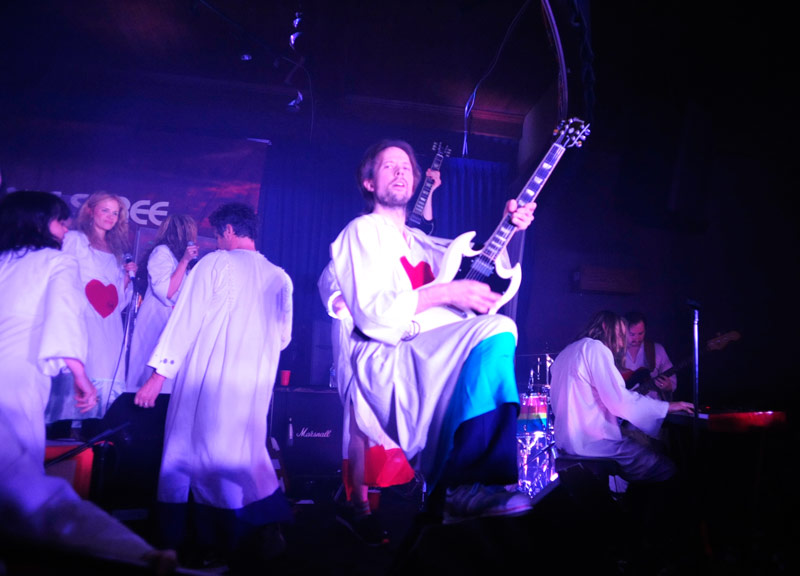 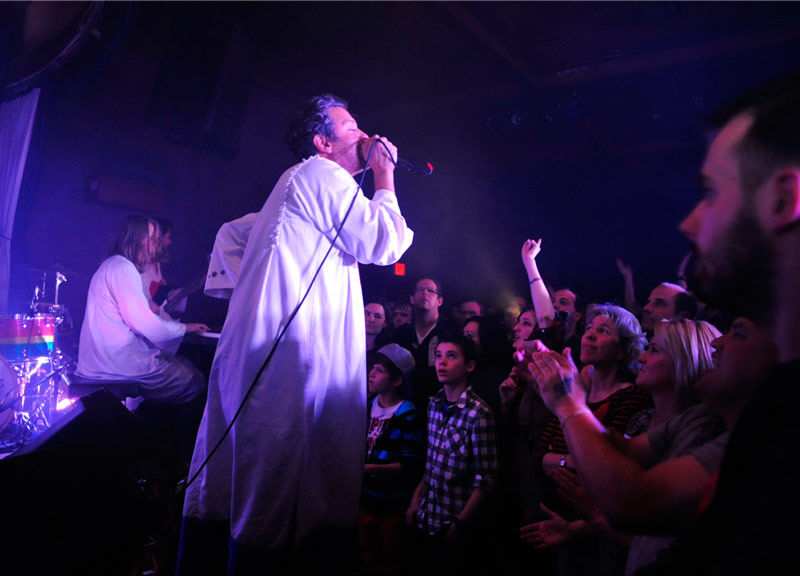 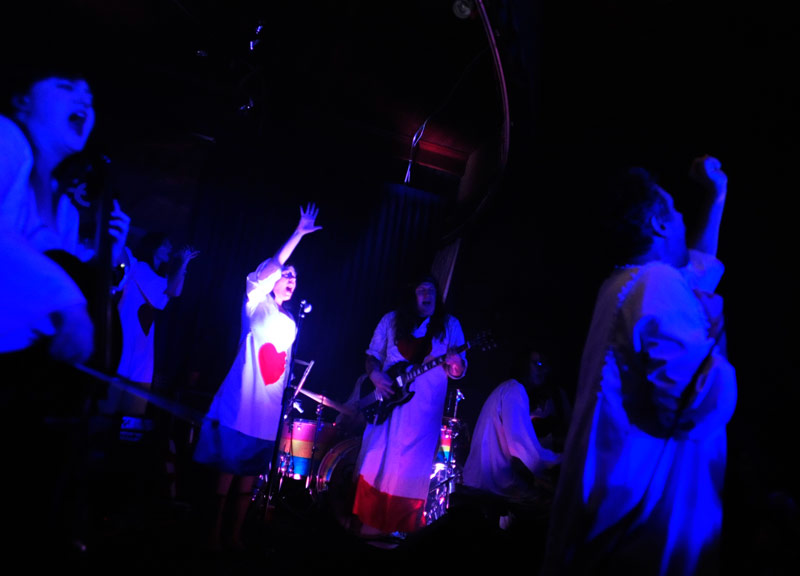 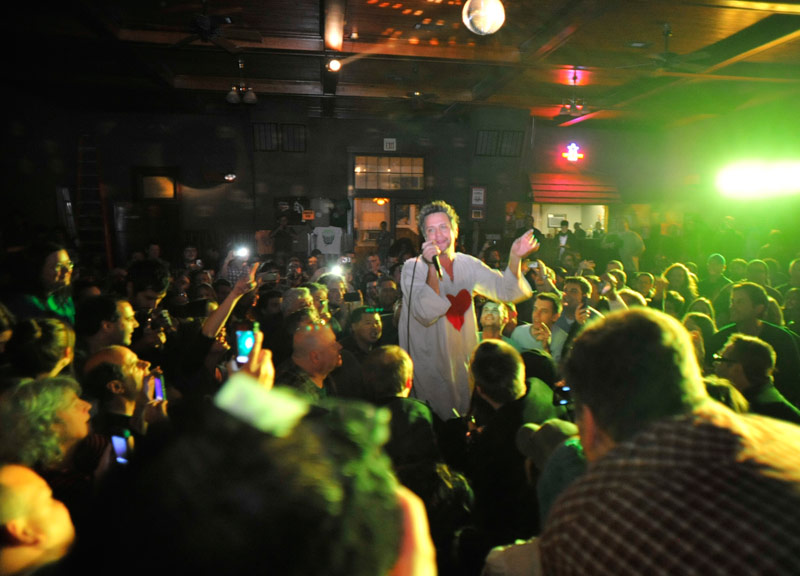 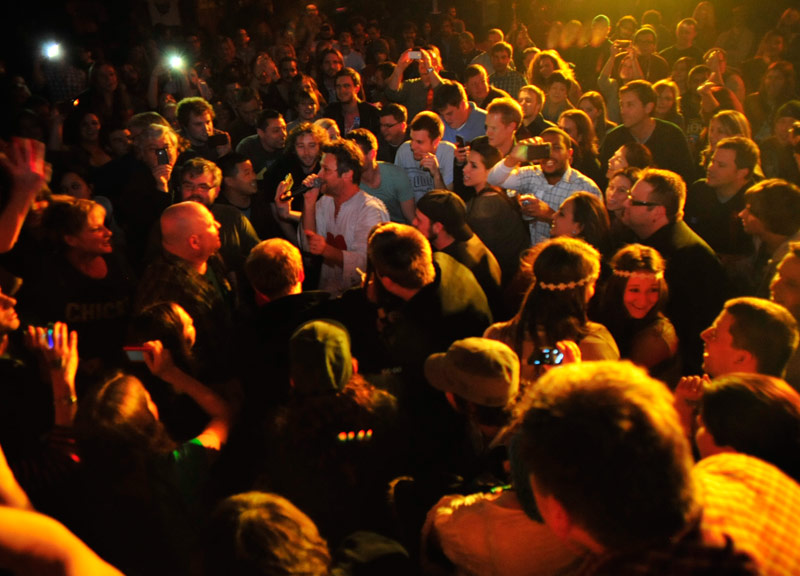 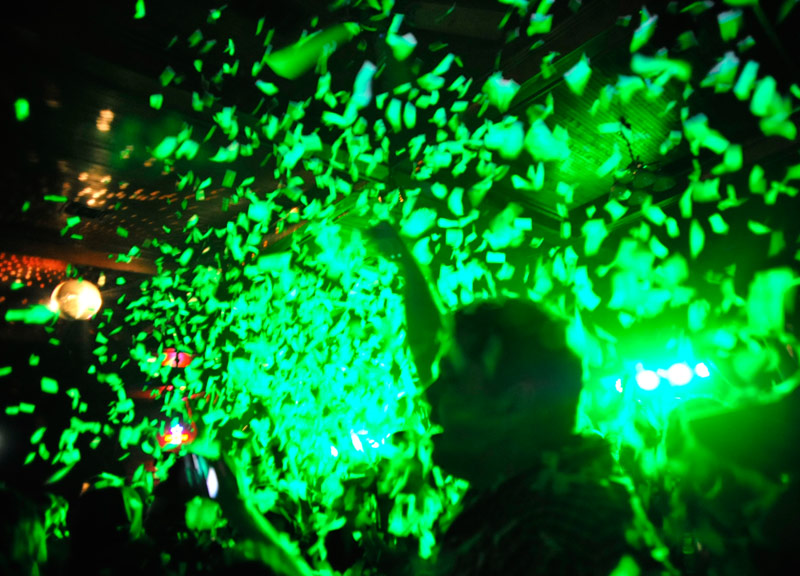 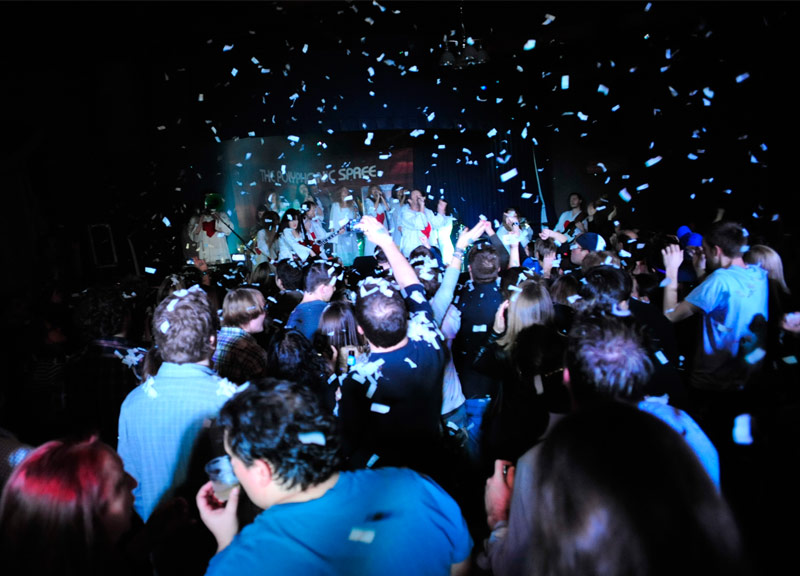 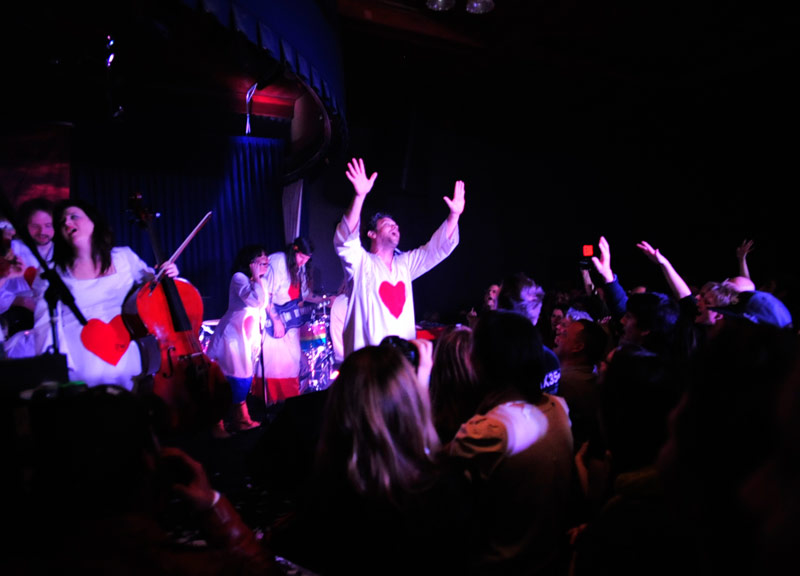 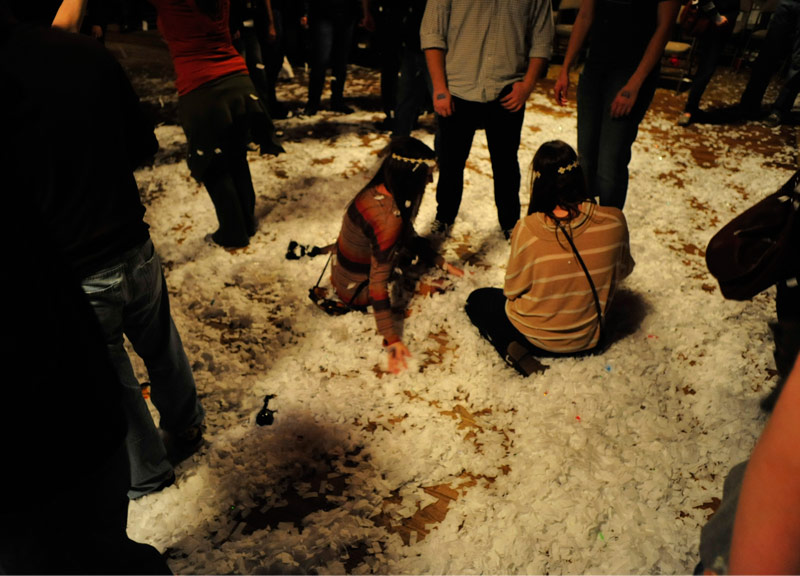 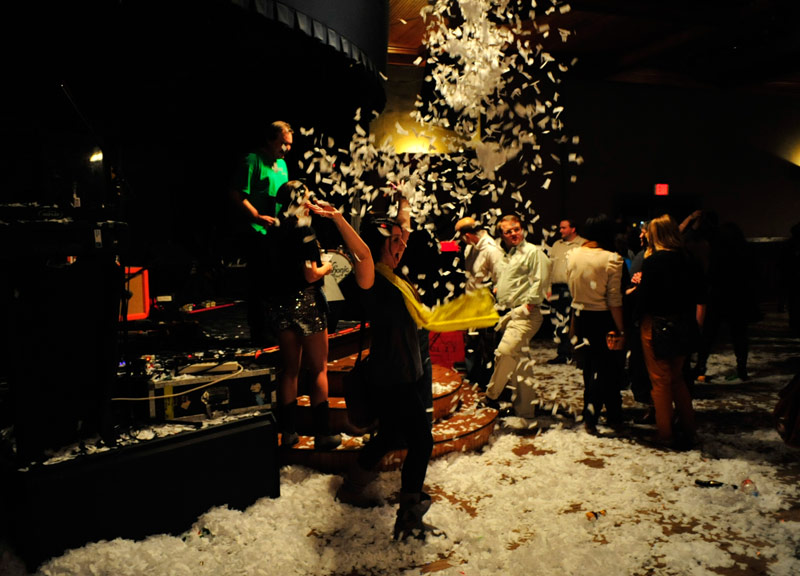 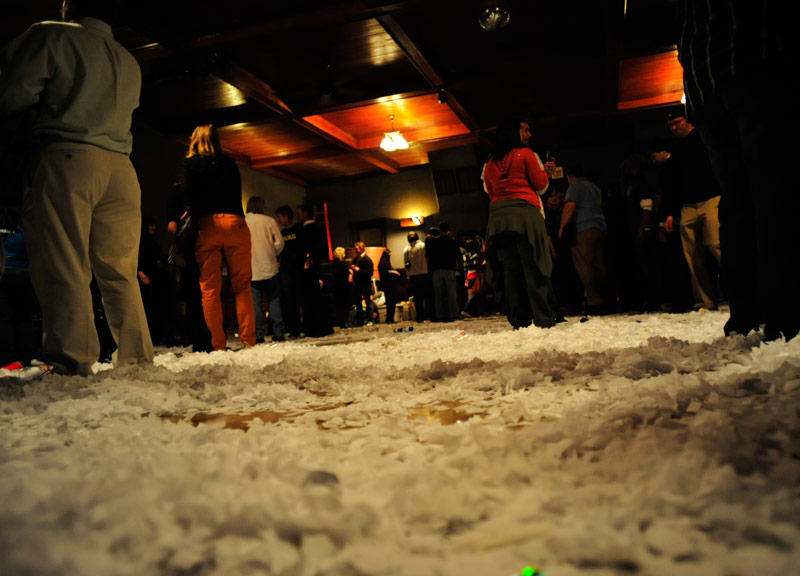