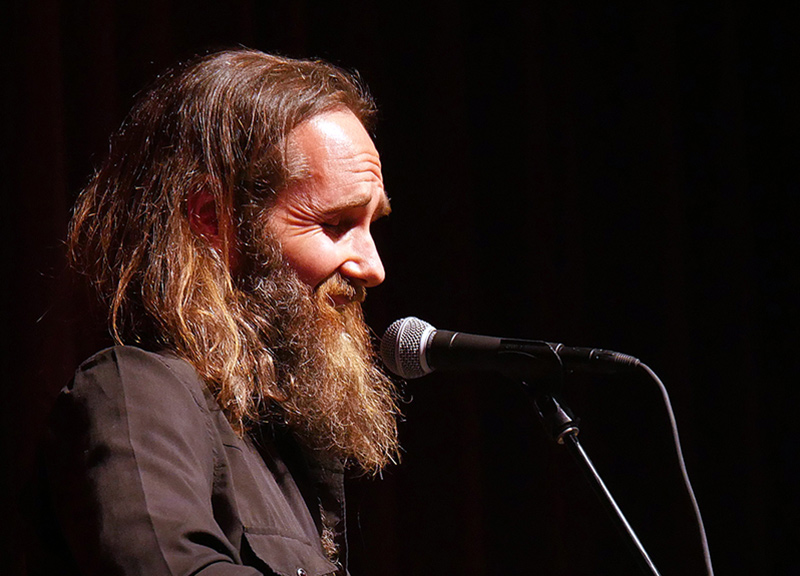 Lift To Experience Reunites, Midlake Buys More Denton and Post Malone Is Touring With The Biebs.

Between tornado sightings, severe thunderstorm warnings and getting pelted with hail, it's been a pretty crazy weather day in North Texas so far. But that's just the half of it. Apparently it's been snowing down in Hell. I mean, must be, since we woke up to the news that Lift to Experience has booked its first show in 15 years.

Known for the masterpiece of a 2001 double-album that was The Texas-Jerusalem Crossroads — as well as for recording three sessions for John Peel in a five-month span — this Denton band's about to have one of the least likely reunions in recent memory.

“We’re scared,” says frontman Josh T. Pearson. “We want it to be as good as it was. Five years ago I realized, there’s no better bands out there. There might be bands as good – I can think of maybe five of them I’d put up with us – but Lift To Experience was as good as it gets. The three of us didn’t want to be in any other band if it wasn’t as good as that. We’d rather burn that shit to the ground than have it not be pure. We haven’t been in the same room together for some years, but we’d like it to be a celebration.”

It's looking, at the moment anyway, like it'll just be a special one-off thing when the onetime Denton-based trio performs at London's Royal Festival Hall on Friday, June 10. Tickets are currently available here.

Speaking of reunions: Classic hip-hop station Boom 94.5 knows a thing or two about those as well. When its second annual Boom Music Festival returns to Fair Park on April 30, it'll boast a reunited No Limit as one of its headliners. What's more, Kurtis Blow and Da Brat are also said to be part of this year's “Evolution of Hip-Hop”-themed event. Tickets to that one are currently on sale here.

Another big show to be aware of is the special appearance by Bryce and Aaron Dessner of The National, who will be performing some of Bryce's original guitar works with the Dallas Symphony Orchestra this Friday at Dallas City Performance Hall. White Noise readers interested in attending that one are invited to use the promo code CAROLYN for a buy one, get one deal.

Also: Fresh off his latest SNL performance, Future has been announced as the big headliner at this year's JMBLYA festivals in Dallas and Austin, where he'll be joined by Rae Sremmurd, Kevin Gates, Carnage, Kelani, Keith Ape, Jazz Cartier, Noodles and Dallas' Very Own Post Malone. The Dallas date will go down on Friday, May 13 — spooky! — at the Cotton Bowl Plaza in Fair Park. Tickets currently start at $55 right here.

Speaking of Post Malone, who also opens for Fetty Wap at the House of Blues tonight: It's been announced that his next opening gig will be on the North American leg of the massive Justin Bieber tour.

Back to fest, though. This year's Homegrown Fest lineup has suddenly evolved into something of a Downtown dance party. Following the news that Kaela Sinclair had joined M83 as its newest band member and therefore had to cancel her upcoming solo shows, the Homegrown folks tapped Ishi to replace her on their bill. They'll join fellow electo-leaning acts Neon Indian and Ghostland Observatory at the top of that bill, much to the delight of LED sunglasses owners everywhere.

There was also some big news from some of Sinclair's past collaborators this week, too. Along with the also Denton-based beer-brewing Audacity folks, Midlake's Eric Pulido is one of the investors in a new brewhouse/marketplace/3,000 capacity venue in Denton to be called Travelstead. It's set to open later this year on East Hickory. Along with several other restaurants, bars, a music school, a recording studio and a design firm, it's just the latest of several Denton businesses owned by the members of Midlake. Of course, it has long been predicted that the band and its most famous friend will own every business on the square by October, so it's perhaps not a total shock.

On the other hand, it was kind of a shock for famed producer Cardo when he found out that a couple of his beats landed on Kendrick Lamar's surprise untitled. unmastered album. The Dallas native told MTV that he never heard the songs until the public did. Another interesting tidbit from that convo was the fact that his beats originally did have titles. #tmyk

Moving on, the Dallas Observer reports that a new nonprofit wants to start paying buskers an hourly wage to perform in Uptown and Downtown. It sounds a touch ridiculous, but the program, which they say will somehow discourage panhandling, sounds much less ridiculous than arresting panhandlers and spending thousands in tax dollars to process these “offenders.”

Nervous Curtains' new “Devastator” treatment, meanwhile, comes from the same TZOM Films outfit that previously directed the band's “White Flashes” clip. Yup, it's another dark one! Just for funsies, here's a link to an interview we did with frontman Sean Kirkpatrick ahead of the album's release this past fall.

Fans of SOPHIE's brand of twinkie electro-pop will be grateful to discover GirlBoy, the new project from former Dallas producer Mr. Kitty. Check it out for yourself below in a clip directed by Pictureplane.

Speaking of videos: Central Track contributor Kalan Briggs and his model friends are up to something in the video for one of the new Plain Jane Francis songs from the album we featured last Friday in our new Songs of the Week column. Chegg it below. It's the first of many to come, we're sure.

Elsewhere: Kelly Clarkson spoke out about noted asshole Dr. Luke; the sound designers from The Martian discussed their usage of Dallas-made Copperphones in their film; and Andrew Huffstettler, James Henderson, John Dufilho and Jeff Ryan (read: members of Baboon, Deathray Davies, Pleasant Grove and The Baptist Generals) are recording a new album under the name Motorcade.

Josh T. Pearson cover photo by Patrick Flaherty. Got a tip for White Noise? Email us!