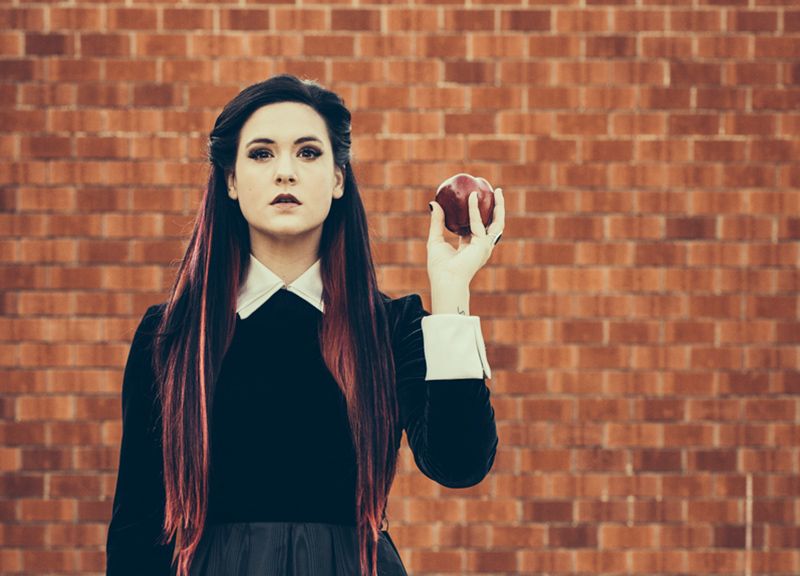 Leon Bridges Performs At The White House, And Jessie Frye Feels The Bern.

Over the past, oh, 172 weeks or so, the nature of this regular White Noise column has gradually evolved from strictly a collection of North Texas music news and notes into more of a catchall where we post album streams, videos and anything else music-related that we don't have time to turn into its own individual post.

This week, we're making a conscious effort to change things up again. Moving forward, while White Noise continues to run on Tuesday afternoons, it will no longer feature song streams or album embeds. Those, we'll save for a separate post that we'll start running in a new Friday column ingeniously called Songs of the Week. It's a move we feel that'll not only take White Noise back to its roots, but will allow for meatier content and expanded commentary in both columns. OK? OK.

Now that that's out of the way, on to your Super Tuesday music news and notes!

Being primary day here in Texas, it's fitting we start out with Jessie Frye's turn this past Saturday opening up Bernie Sanders' last-minute rally at the Verizon Theatre. After performing at a smaller rally for the candidate earlier in the month at Harvest House — one in which Sanders wasn't in attendance — she was asked back for a repeat performance, one that afforded her the opportunity to hear 7,000 democrats singing along to her Boys' Club single, “One in a Million.” Head over to the Observer to read up on some of the backstory on how that one came to be.

Sticking with the political theme, Leon Bridges, Demi Lovato and the Dallas-born Usher performed at The White House as part of the Smithsonian's salute to onetime South Dallas resident Ray Charles. The full program is embedded below, but you'll want to fast forward to the 1:42:52 mark to hear Demi cover “You Don't Know Me,” then skip to 1:52:57 to hear Usher do “Georgia On My Mind,” and then finally to 2:20:46 when Leon comes out wearing one of Ray's old gold jackets to perform “Lonely Avenue.”

Leon Bridges made the most of his time at 1600 Pennsylvania Avenue, too, cutting this “Backstage at The White House” video that sees him wandering around the President's house while performing “Coming Home” and repeating his familiar I-used-to-wash-dishes story.

The next night, Leon also performed for future President Oprah Winfrey at her ninth annual OWN/Essence Black Women in Hollywood awards luncheon. Then, just to further ensure that his 2016 would continue to get off on an even better foot than his unbelievably baller 2015, he appeared in the video to Macklemore's “Kevin,” which officially earned its release this past Wednesday. Here's that clip.

Moving on to a few festival-related announcements, JMBLYA released a few of the names performing at its 2016 offering. Those would be Kevin Gates, Kehlani, Keith Ape, Jazz Cartier, Noodles and Post Malone. If that sounds enticing as is, we recommend grabbing tickets sometime today. Because tomorrow, more names will be announced — and, when they do, prices will immediately increase.

On the other hand, the lineup for this year's 35 Denton has been known for a little while now. This week, however, the full schedule was released. Even better? The cool folks over at The Dentonite took the time to add Facebook links and cities of origin for each of the bands, making the list exponentially more useful.

Meanwhile, there's yet another new festival that'll make its debut this summer. Thrown together by local Internet radio station On Air Live, the creatively named On Air Live Music Fest will go down Saturday, May 14 at Deep Ellum's Sandbar Cantina — y'know, the beach-like home of 2013's Spillover. Thus far, only a handful of DJs and an '80s cover band have been announced, although the site promises some yet-to-be-announced “amazing talent” has been booked.

In this week's video news, we're proud to premiere Francine Thirteen's new clip for “Lady Mary, The Lord and Spark,” which she co-directed alongside Ben Snyder. In a recent interview about the 4 Marys and the King cycle from that “Lady Mary” appears on, Francine told us about the way the song explores the classic Madonna-Whore Complex from the perspective of the Lady Mary character.

“Lady Mary would be the king's mistress,” she says. “Queen Mary is the king's wife. Sister Mary is his sister, Mother Mary is his mother, obviously. Each woman enslaved by the king, but each woman also has the unique ability to manipulate the king because of her relationship with him. Lady Mary is the classic sacred whore character. She's able to use her feminine wiles to maneuver at court.”

Check the video out below.

Another new one this week comes from New York's last great rock band, the Denton-sprung Parquet Courts, whose new LP comes out on April 8, via Rough Trade. In the meantime, “Berlin Got Blurry” gives us another taste of what to expect from that one.

“[It's] a song about saying goodbye to someone from the other side of the world,” says songwriter and Denton expat Andrew Savage via press release, “And about feeling completely foreign to your environment; knowing you can't go home, but not knowing where you belong. I wrote the song in Berlin, so it made sense to try to recreate my experience for the video. It was shot on 16mm by the wonderful, talented and patient Claes Nordwall, who was able to take my very loose concept and make it into something really beautiful.”

Speaking of expats: The aforementioned Demi Lovato continues looking forward to next month's WrestleMania 32 in Arlington with the release of her new “Stone Cold” video. Pour a couple of beers on your head and watch that sucker below.

Another ex-North Texan was featured in the pretty adorable Kids Interview Bands series this week, when Kacey Musgraves was asked hard-hitting questions like, “Would you rather travel 100 years into the future or 100 years into the past?” by what we can only hope is a 2028 Central Track intern.

Speaking of things that are adorable: Weezer frontman Rivers Cuomo posted a clip to his Instagram account this week of himself doing 15 seconds of the aforementioned Post Malone's “White Iverson.” It's universally better than anything we've heard off Weezer's upcoming White Album. Where can we hear the rest of this, Rivers? We need more of this in our life, and less stuff with titles like “L.A. Girlz” and “Do You Wanna Get High?”

Another cover project that'll soon be making its debut is something called The Ramone, which is a one-man Ramones tribute that'll incorporate green screens into its live show. The first gig comes Friday, April 1 at The Underpass.

Next up, we've got a couple of new local music documentaries to hip you to. First up is a feature-length doc about shuttered Fort Worth venue The Cellar that'll feature talking heads like Bob Schieffer. An extended preview can be found below, and the full thing will make its premiere at The Ridglea Theatre on November 22.

Then, the Denton-sprung, two-time Grammy winners in Snarky Puppy talk about making “music for the brain and booty” alike in the following film, which was put together by NPR's Jazz Night in America and centers around a recent sold-out performance at The Prophet Bar in the band's “spiritual hometown” of Dallas.

In album release news, Vanessa Peters released a new LP today, and Parallel Play will celebrate the release of its new, politically-themed Bucket of Lies EP this Saturday at Sundown. Farther out, Pageantry and Ronnie Heart will each issue new releases on April 1, and Missing Sibling will follow suit later in April. Even farther down the road, Old 97's posted clips on its social media feeds recently suggesting the band's currently in the studio working on its next record.

Finally, we'll leave off with a handful of local nods from national places.
• As Tim DeLaughter hinted during a recent podcast with us, the Polyphonic Spree's “Lithium” cover from The Big Short was played during Sunday's Academy Awards ceremony.
• Rolling Stone contributor Aaron Gonsher wrote a lengthy piece on Dallas' hotspot of yore, The Starck Club, for the Red Bull Music Academy site.
• Pale Dian's “In a Day” was listed as one of Spin's “favorite songs of the week.”
• Some dude at LA Weekly decided he really hates Pantera, but apparently not because Phil Anselmo's racist tendencies continue to be an issue, oddly enough.

Jessie Frye cover photo by Marcus Junius Laws. Got a tip for White Noise? Email us!