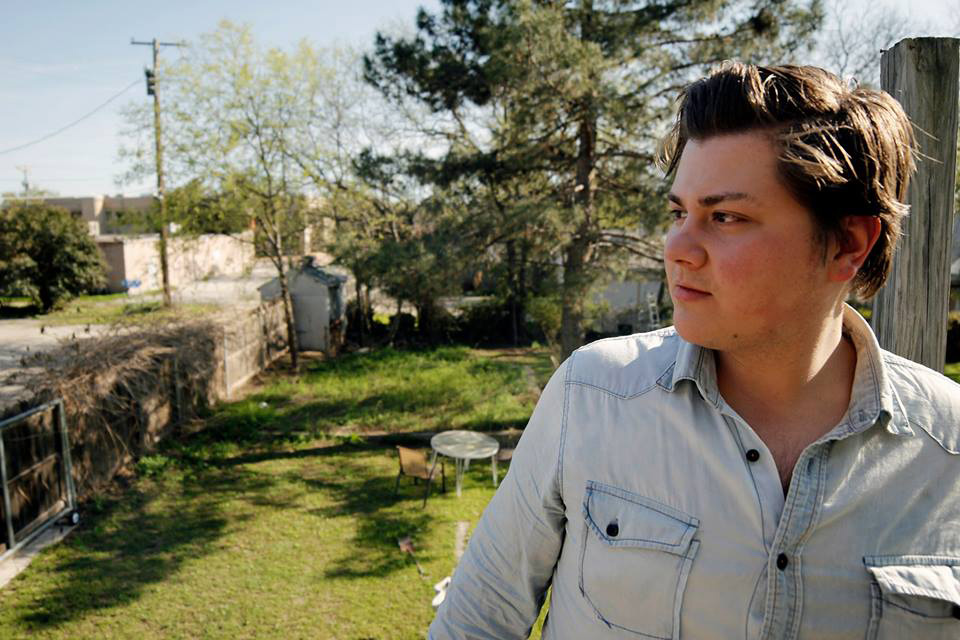 Not to continue whipping a dead llama's ass, but festival announcement season is in full swing. In addition to the four fest announces we led last week's column off with, we've got three more to tell you about this week.

First up, 102.1-FM KDGE announced the lineup to its 26th annual Edgefest, which goes down April 30 at Toyota Stadium. The big headliners include several-time Edgefest vets Cage the Elephant, which just released its Dan Auerbach-produced fourth album back in December, and Brit rockers The 1975, who are fresh off a pair of performances on last week's episode of Saturday Night Live. Also on the bill are Bastille, Silversun Pickups, Chrvches, Foals and The Struts and others, with more acts still to be named.

To that end, Spillover just revealed a few of the to-be-named acts from its previous announces. New additions to this year's ninth annual bill include Power Trip, True Widow, Pure Bathing Culture and Guantanamo Baywatch, among others.

On the other hand, the Homegrown Music and Arts Fest folks say the lineup to their upcoming seventh annual offering is so big that it warrants its own announce party. That will come tomorrow night, February 10, at Off the Record, where a mystery band — presumably one of the acts appearing on this year's bill — will also perform.

Sticking on the festival tip, you might recall that one of the ways Leon Bridges had a better 2015 than you involved a stunning performance at last fall's Austin City Limits festival. While he was down there, you also might recall, he taped an episode of the fest's namesake PBS program. You can now find that episode — which also features fellow soulman Nathaniel Rateliff — streaming below.

We should point out that Leon closes out his portion of that program with a song called “Mississippi Kisses,” one of five previously unreleased tunes that were recorded during the Coming Home sessions, but that weren't included on the album. They've seen been included on a special deluxe edition that came out this past Friday.

Speaking of Nile City Sound, where all those tracks were recorded: Leon's pal Vincent Neil Emerson is currently following in his buddy's footsteps, working there with Bridges guitarist Austin Jenkins on his own new record. And not to be outdone, Andy Pickett is working with members of Jenkins' former White Denim band, who are producing his own sophomore effort. There certainly aren't too many better horses to bet on in town than those two.

Another one not to sleep on is the upcoming debut from VNE pal Luke McGlathery, which features some twinkle-fingering from Pickett and contributions from tons of other notable Fort Worthians. It was recorded at — where else? — Cloudland Recording Studio by Britt Robisheaux. Here's a taste.

Even closer on the horizon is the next new album from Denton expats Parquet Courts, whose Human Performance is due out in April, just a few weeks before the band rolls through town for a headlining performance at Granada Theater on April 28. In the meantime, you can check out the disc's lead track, “Dust,” below.

Before that, Sam Lao will release her new LP, SPCTRM, which will be celebrated proper with a March 4 release show at RBC.

Another RBC-held release show to look forward to is the one for -topic's new My Favorite Sweaters! project, which was released over the weekend as a name-your-price download. He'll be performing that one at the venue on February 20 — while wearing all nine of the disc's themed sweaters, to boot.

Also just released is the long-awaited debut effort from Wiving, which came out last week. Recorded by the band and mixed/mastered by Michael Briggs in Denton, the dark, synth-heavy effort was so worth the wait. Hard-churning electronics are countered with airy, spacey vocals, really presenting a broad spectrum of sound that far eclipses any of the demos the band has teased us with in recent years.

And it's not too far off from the vibe we get from the new “Everything Under Waves” single from Brandon Curtis' Cosmicide project. The song was released last Thursday, a week before his brother Benjamin's old School of Seven Bells project releases its final album. Read more about that one here, and check out the Cosmicide song below.

Moving on, Parallel Play premiered a song from its upcoming Bucket of Lies EP via Texas Monthly. Check that one out below before the band celebrates the album's release as part of a March 5 show at Sundown.

Up next, a couple bands we've been sleeping on, like Garland psychc-pop band Native Fox, which released a nifty little EP back in December. You've got a little time to familiarize yourself with them before they headline The Prophet Bar this Friday, the 12th. The band will also be included on Josey Records' upcoming Record Store Day compilation, which will find the outfit performing at the store as part of the day's celebrations.

Of a similar bent is the also-December-released Episode VII LP from Denton's Delia Haunt. That one comes highly recommended for fans of likeminded acts like Blessin', Senor Fin and Dripping Wet.

Before we hit you with a rapid-fire burst of quick-hitting news items, we should also point you in the direction of a crowd-funding effort to help buy DJ Niro a new laptop, as his current one was destroyed last weekend in a car wreck on the way home from a gig at Double Wide.

Cover photo via Vincent Neil Emerson's Facebook page. Got a tip for White Noise? Email us!