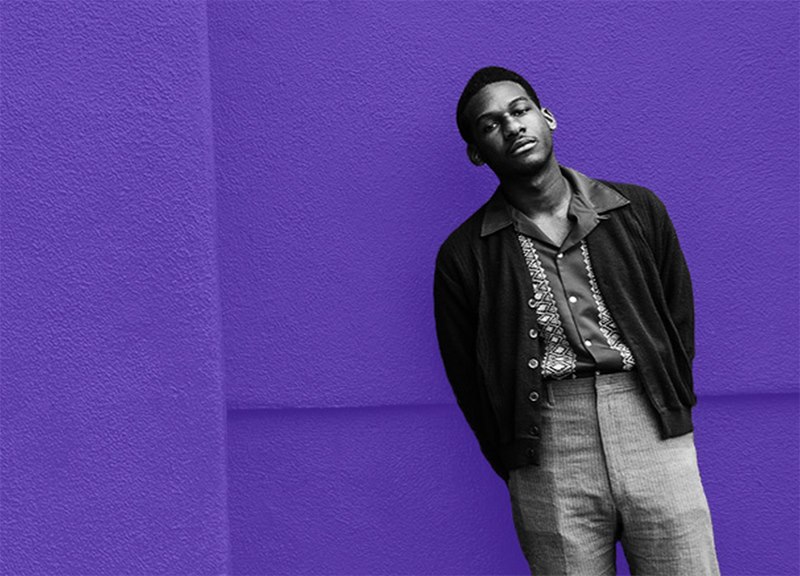 First up, Oaktopia announced more than 80 local acts playing its three-day run this September 25-27. Highlights include Jessie Frye, Blue, the Misfit, -topic, Buffalo Black, Kaela Sinclair, Daniel Markham, The Birds of Night, Un Chien and Def Rain. The rest of this year's crop can be found on a couple of posters, both here and here.

Also something called the Dallas Music Fest returns to The Curtain Club this September 5-6, and will feature whichever acts sold enough tickets in advance to make it onto the bill. Because somehow that's still a thing.

Other big shows on the horizon include this Thursday's Vaughan Brothers Art Project Fundraiser at the Kessler Theater. Earlier this summer, the City of Dallas OK'd spending on a statue of legendary bluesman Stevie Ray Vaughan that'll be erected in Kiest Park at some point down the road. But first, the Oak Cliff Foundation must raise funds to maintain the statue for a 20-year period. Enter this show, where Jim Suhler, Smoking Joe Kubek and Carolyn Wonderland will pay tribute to Oak Cliff's favorite son, but the $75 admission and funds raised by between sets auctions of items like a signed Steve Miller guitar will go towards the cause. Currently, says project spearheader Kirby Warnock, they've raised about one-third of necessary funds. You can read more about the project here.

Speaking of local history, the future of the landmark Lakewood Theater is currently up in the air and, according to The Lakewood Advocate, it's looking less and less like it'll continue being a theater moving forward. It's no surprise, then, that The Polyphonic Spree's 13th annual Holiday Extravaganza won't return to the historic theater that's hosted nine of the band's previous 12 holiday blowouts. This year, for the first time, the Spree's holiday shindig will take place at The Majestic. That show will take place Saturday, December 12, following the band's current 15th anniversary tour, and tickets go on sale here this Friday.

Moving on, there's tons of new release news to get to, so let's jump right in. First up, Toadies premiered new Heretics single “In the Belly of a Whale” via Spin. While the subdued new LP doens't officially earn its release until September 18, folks who show up to the lowkey first night of this year's Dia de los Toadies on September 11 will receive a free, signed copy of the disc. In the meantime, here's a little taste.

Another new record worth looking forward to comes from Will Johnson, whose first post-Centro-matic solo album, his fourth overall, earns its release September 25. As American Songwriter points out, the upcoming Swan City, contains a eulogy for his former outfit in the form of a new song “(Made Us Feel Like) Kings.” Check out that song, as well as the rest of the album, as that publication's got the thing streaming in full. Or, save yourself the click and peep it below.

Next up, a couple of Alex Atchley projects are currently prepping Britt Robisheaux-produced efforts. Bad Times's Whataburger-loving When I am Empty, Please Dispose of Me Properly was recorded by Robisheaux at Eagle Audio. Check out the first single, “Dead Horse,” below, ahead of its November 11 release. Oh, and the band's also currently working on an LP that's currently set to come out mid-2016.

Then there's his Blank-Men outfit, which recently released the first two singles from its upcoming sophomore LP. That one — recorded by Robisheaux at Dreamy Life Recording Studios — does a much better job than its predecessor of matching the intensity of the group's blistering live shows. Check those out below, ahead of the album's October 10 release.

And ahead of the September 11 release of his SURILLA EP, Buffalo Black's released another of the project's cuts, this one featuring fellow Dallas standout Lord Byron. Arguably Dallas' two hottest emcees at the moment, “Anomalies” continues the thought-provoking subject matter these guys have been building their brands on, earning some shine from prominent hip-hop site 2DOPEBOYZ in the process.
Stream that one below.

Other release dates to pencil into the ol' planner include Bad Beats on September 5, Nervous Curtains on October 2 and The Warden on October 9.

Catching up on a few other recent releases, melodic Denton math rockers Dome Dwellers released a new batch of tunes over the weekend that are far more radio friendly than even its already-pretty-great debut album. Heck, there's even a couple that clock in at the 2:30 mark. Breeze through those below.

Sticking in Denton, pop punk revivalists Hate Your Friends released its new Quit Your Job LP last month, too. That one, which was recorded by Michael Briggs at Civil Recording is currently streaming below.

And earlier today, Leon Bridges released a surprise new mixtape that sees seven cuts from his debut LP reworked by Brooklyn DJ Mick (formerly Mick Boogie) complete with UGK and Slim Thug samples, among others. Is it a bit unnecessary? Perhaps, though, it does show off a different side of the singer, who is frequently pegged as a one-trick pony. That is to say he sounds just as glorious doing R&B and as he does biting Sam Cooke, and this mixtape will likely earn him a spot on at least one big hip-hop hook in the coming months. Stream it below, or download it for free here.

Speaking of remixes, Zach Witness recently released a remix he did for London's Digital Farm Animals. Stream that one below, and then head to Beauty Bar — where Witness will be filling of an absent DJ Sober at this week's Big Bang — to hear it in person.

Elsewhere, Pinkish Black earned a spot on Paste's list of metal albums for people that don't like metal; Mountain Dew's Green Label Sound published a fun little list of songs all Dallas rap fans love; The IRAS crew is getting its own Sunday night radio show, which will kick off September 6; and Deep Blue Something released another new music video.