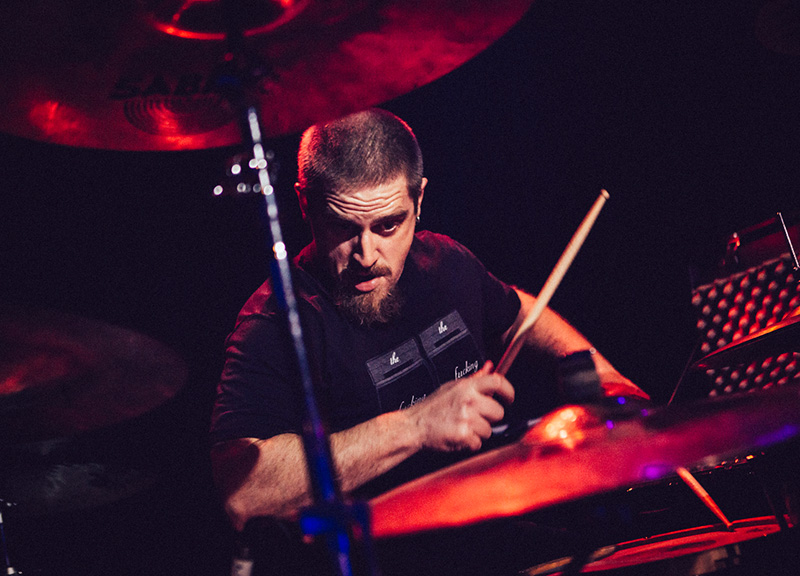 Around the time the last surviving DC-9 took flight for the final time, The Flatlanders, which immortalized the plane in song, were helping open a new Greenville Avenue venue.

Now, that venture too, has shuttered. Over the weekend, Culture Map reports, the intimate 75-capacity room closed its doors for good. It's a shame, too, as the space not only featured great food, but attracted performers like Billy Joe Shaver, who don't normally perform in such close-knit spaces. It also gave Hall of Fame Texas Rangers broadcaster Eric Nadel a chance to flex his well-respected taste in folky local and national talent as the spot's musical director, and this writer, for ones, hopes he's scooped up by another venue in town.

Per Culture Map, the spot's slated to re-open in the coming months under a new concept. At the moment, there's no word on whether or not that means there'll be music when it returns.

Be it there or elsewhere, though, the music will continue. If not on Lower Greenville, than at one of the many fests on the horizon in the coming months.

In addition to the handful of festivals we've already mentioned that will be making their returns in 2016, a couple others have recently been announced. For instance, Thin Line Fest will once again merge films and live music in Denton the week of February 17-21.

Even sooner, Kirtland Records' barbecue-centric Smoked Dallas returns to Main Street Garden Park on October 3. The slate of Texas-based acts performing at that one, which was announced earlier today, includes Asleep at the Wheel, The Suffers, Bobby Patterson, Pleasant Grove, Vandoliers, chef Dean Fearing's Lost Coytote and Quaker City Night Hawks. Tickets to that event are currently on sale here.

Moving on, a great many acts released new music this week. For example, '70s-leaning Denton punks Pink Smoke are slated to release a sophomore effort, WEIRDORAMA this Friday, at Three Links. Like the band's fantastic debut, this one was recorded at Cool Devices Studio by Radioactivity's Mark Ryan and Jeff Burke. Ahead of that show, the thing's currently streaming in full over on BandCamp. Check it out below.

Speaking of band's with “pink” in their name, Fort Worth's Pinkish Black just announced that its third LP, Bottom of the Morning, will be released October 30 via Relapse Records. Per the band's announcement release, “the 7-track opus demonstrates an unflinching capacity to indulge in all manners of disparate sounds, from doom metal to industrial to post-punk to no-wave.”

That LP will be accompanied by another release from The Great Tyrant, which Pinkish Black's Jon Teague and Daron Beck were working on in 2010, when the band's bassist Tommy Atkins committed suicide, thus tragically ending the recording sessions. Now, that record, too, has been finished, and it also will earn its release via Relapse. The first singles from both records began streaming earlier today, and can be found below.

Then there was The Dividends, which premiered its summer anthem via Okay Player. Originally composed two years ago, producer Symbolyc One and vocalist Sarah Jaffe told the site they simply couldn't let another summer pass them by without releasing the song. Check it out below.

The ever-busy S1 also saw another joint he produced earn a national premiere this week, when ZZ Ward's new “Marry Well” single dropped via Marie Claire. That one was co-produced by Epikh Pro, with the pair adding some clean, hard edges to an otherwise straight blues number. Here's that one:

Elsewhere, Howler Jr. mastermind Spencer Kenney posted a handful of solo, bedroom tracks to his BandCamp. They're, by nature, markedly more raw than his stellar full-band recordings, though Kenney's undeniable pop sensibilities still shine through in doses. Check it out.

On the video side of things, the DSR crew recently posted a new clip for “Count This Cake,” a single from the new Dinero Stacks Revenue LP that'll earn its release September 11. True to its name, stacks of dollars are, like, everywhere, man. Here's that one.

And just in time for football season, Dallas Cowboys defensive lineman Jeremy “Mr. Mince” Mincey debuted his Dez Bryant-adoring team anthem. Unlike teammate Greg Hardy's debut LP, the release of the cleverly named “Cowboys Anthem” was totally sanctioned by the player. Here's that one in all its, um, glory?

Lastly this week, DJ Spinderella will headline Pin Drop Disco's upcoming Silent Disco event on September 18, at Strauss Square. Also performing at that one will be Wanz Dover, Emptycylinder and Taylor Rea.

Pinkish Black cover photo by Karlo X. Ramos. Got a tip for White Noise? Email us!