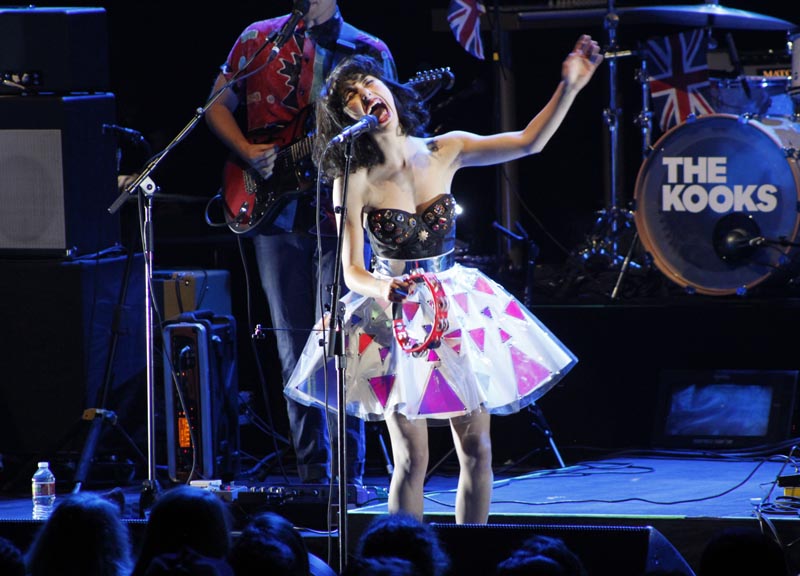 Foster The People, The Kooks and Kimbra Pumped Up The Verizon Theatre Last Night.

I already knew heading into last night's affair at the Verizon Theatre that I liked Foster The People's take on electro-pop. I had no idea, however, how badass their live show was. No joke: For an hour and a half last night, Mark Foster and his merry band rocked out as hard as any band I've ever seen. Even more impressive was they fact that they still managed to wow audiences after a pair of strong performances from their opening acts.

The beautiful and talented Kimbra graced the stage first and tore it to shreds with her crazy vocals and interesting style. In the middle slot, The Kooks raised everyone's spirits with jangly melt factor. But the main attraction refused to be topped.

Foster, the band's namesake, spent the entirety of the evening dancing around from end to end of this massive stage, getting his hands on any instrument he could find. Despite this running about, his performance was spot-on. It was impressive, to say the least.

Audiences not won over by this feat were surely won over by the band's many others — like the dazzling light show, the showy backdrop or the countless instruments strewn about the stage.

As the night wore on, the band only continued to charm its fans — especially at the end of their main set, when the band welcomed the marching band from Townview High School to join them on stage.

Of course, it took the band's encore for the room to truly explode. That's when Foster The People finally performed their neo-classic, “Pumped Up Kicks.” Despite the many times that everyone in the room had surely heard the unavoidable song in recent memory, it still felt nothing less than extraordinary. Confetti popped, huge aztec figures were blown up on either end of the stage, and Mark Foster leaped into the audience for a final stage dive.

The crowd fell into full-on frenzy at this point, unsurprisingly. And though it signaled the night's end, everyone still left the show elated. 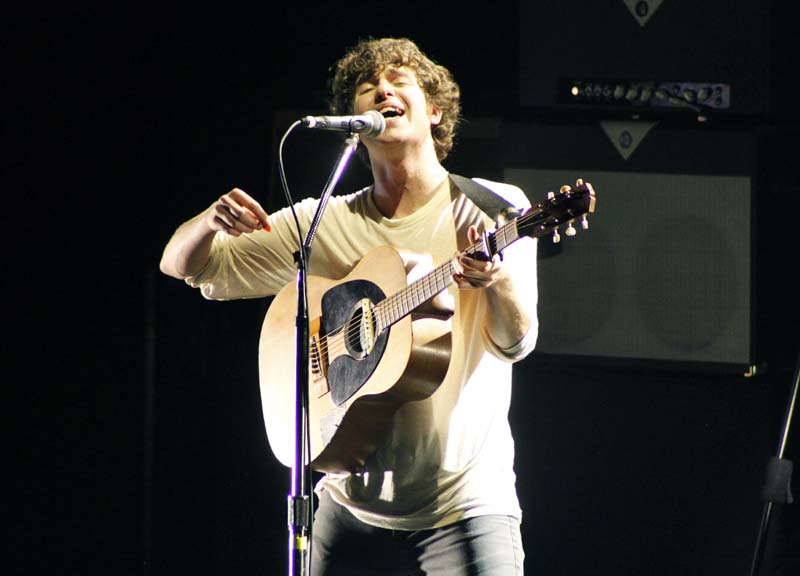 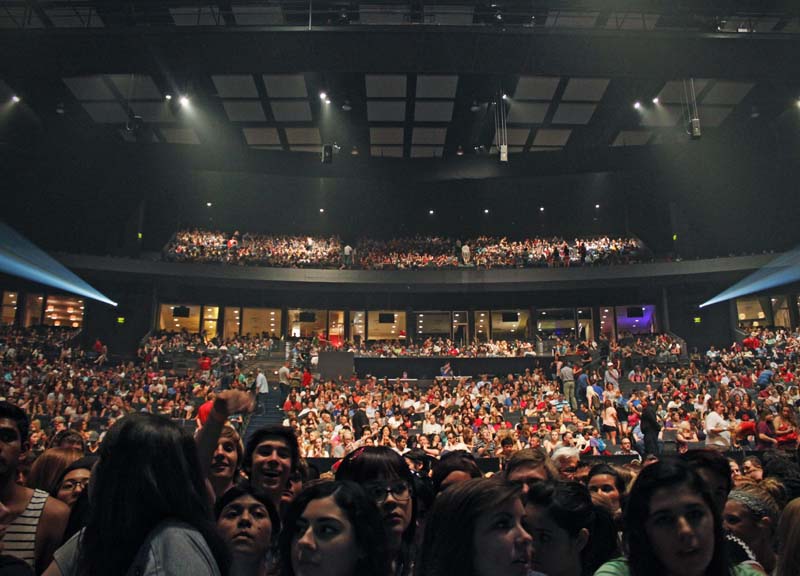 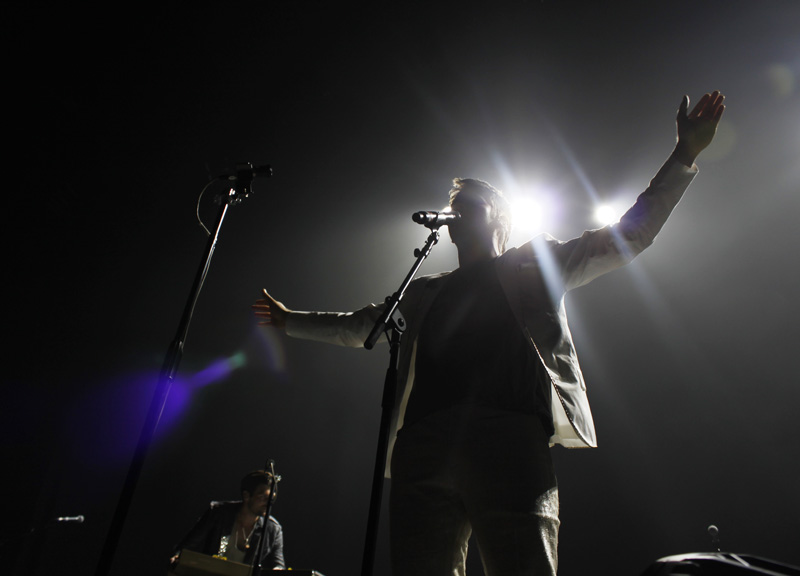 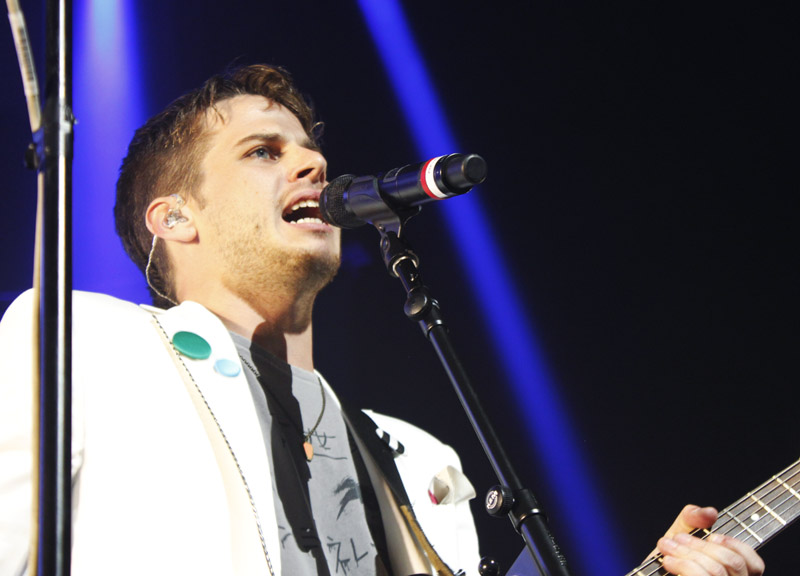 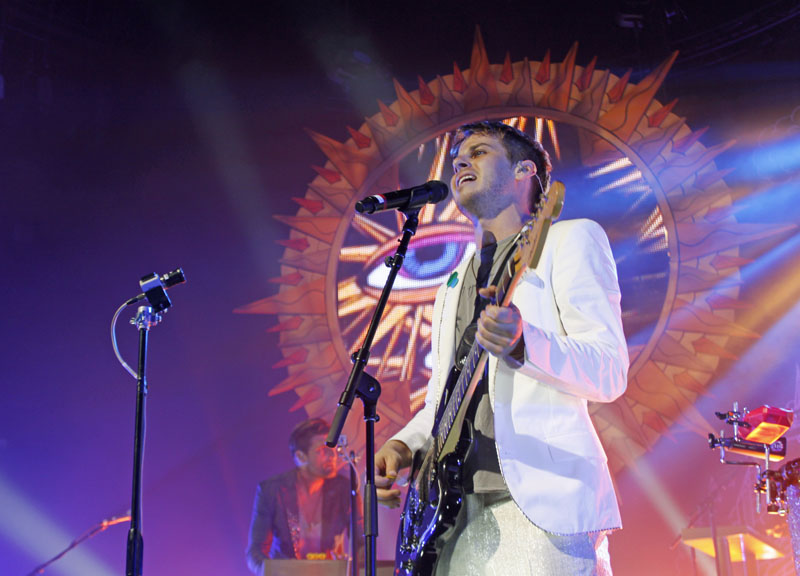 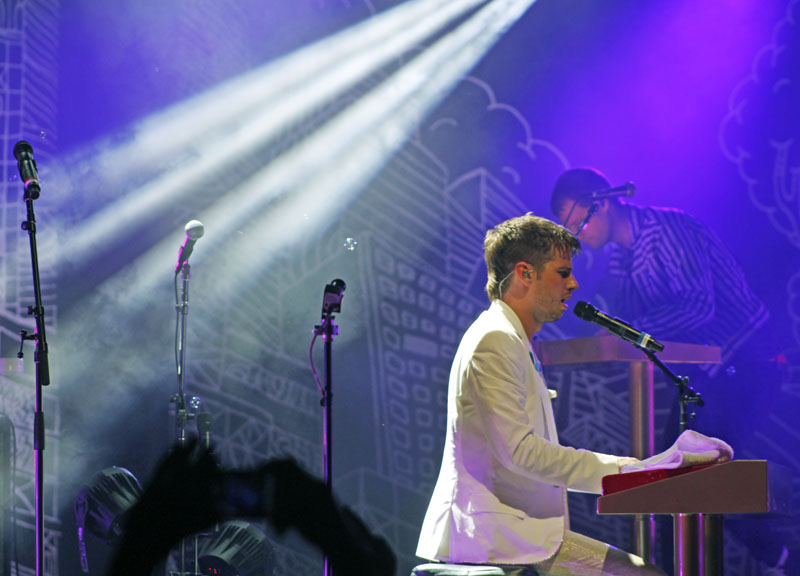 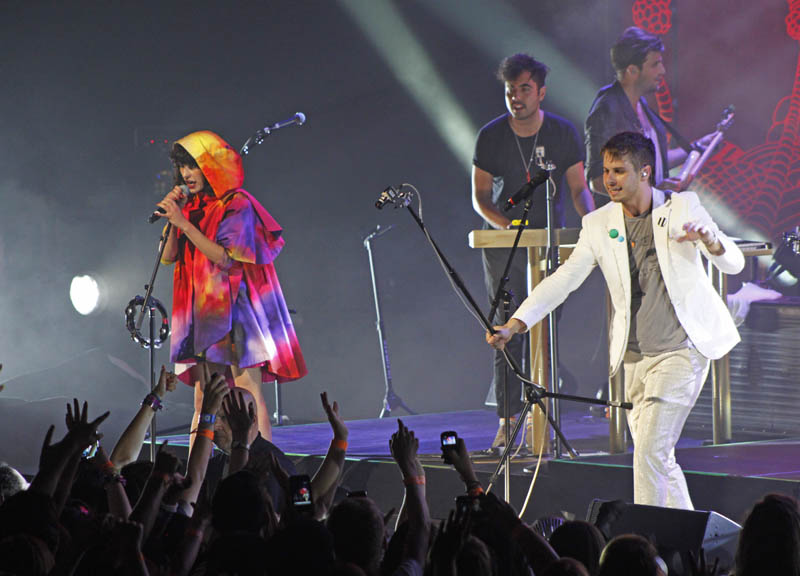 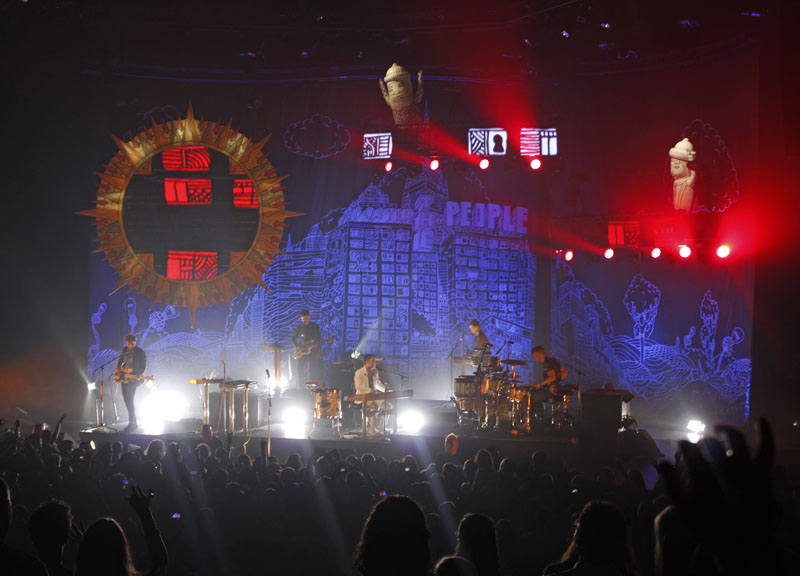 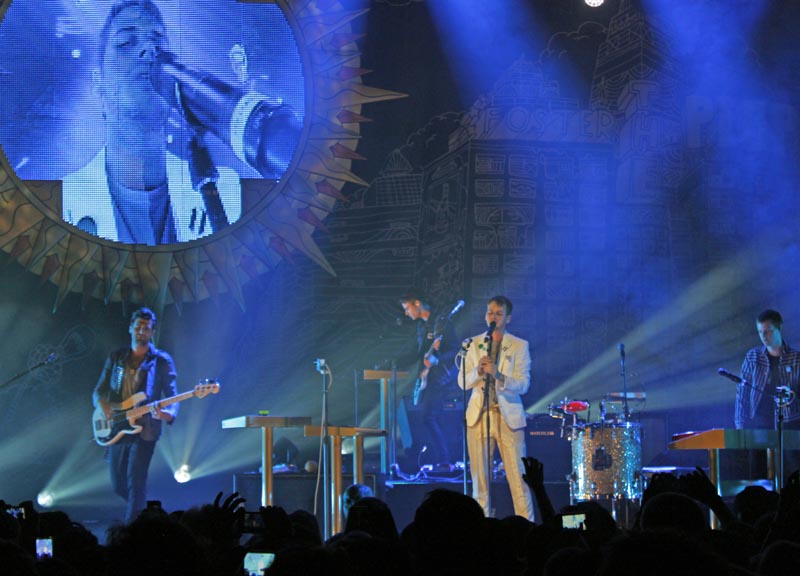 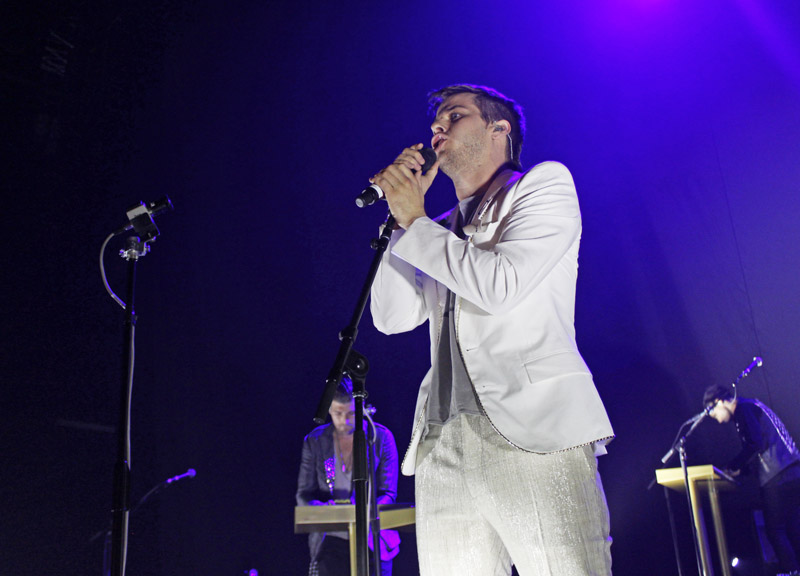 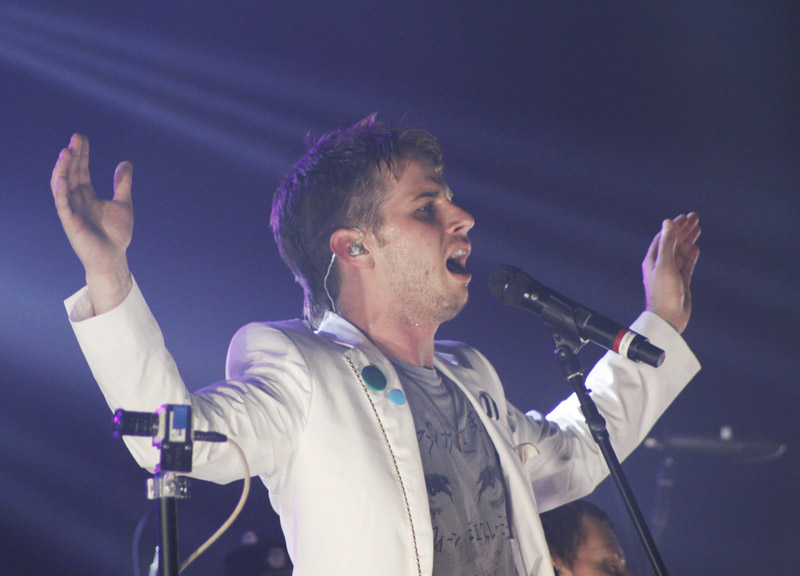 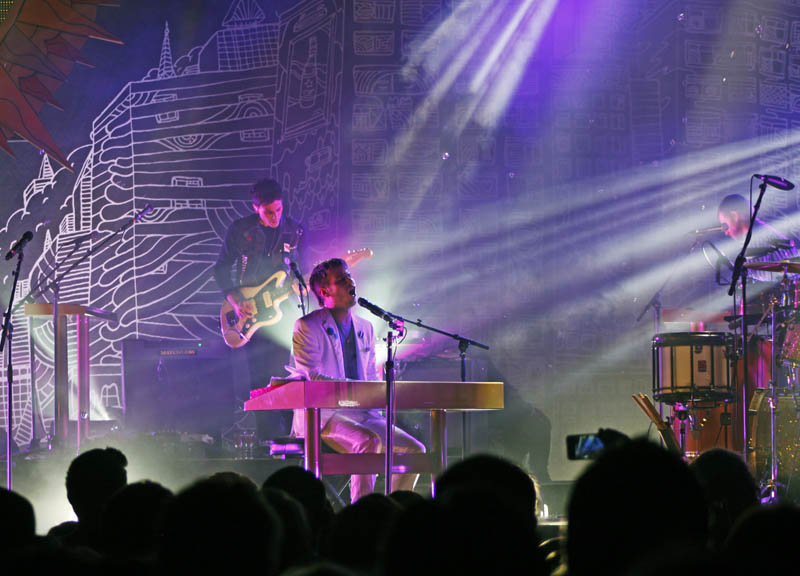 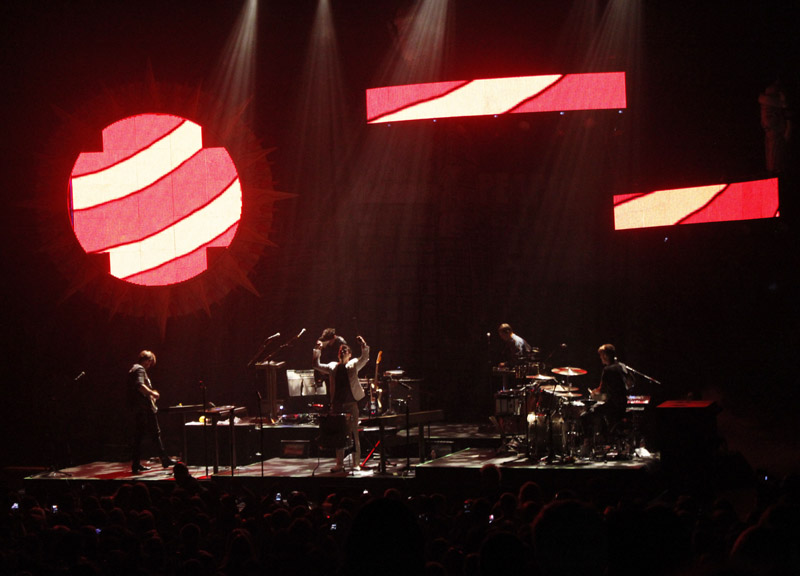