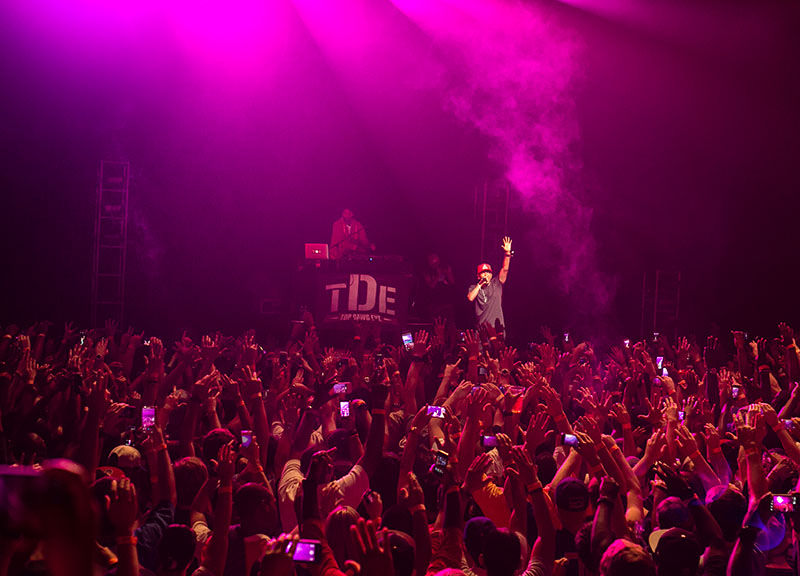 Scenes From The Black Hippy Crew's Concert Last Night At The Verizon Theatre.

He walks to each end of the stage, stalks back to the middle and then just stands there for a few seconds, staring out at his crowd and reciprocating their energy. It's an obvious attempt to rile up the crowd — and, since it works, it's a move he employs often. Or so was the case last night, at least, as Lamar headlined the show he and his fellow Black Hippy crew offered up at Grand Prairie's Verizon Theatre.

He'll stand at the corner of the stage with a little smirk on his face for the simple fact that Kendrick Lamar can do that right now.

Yeah, Kendrick is definitely a star.

To wit: The audience knew and rapped along to the majority of the lyrics to all of the cuts from his instant classic Good Kid m.A.A.d. City release from last year — especially the singles. They knew all of the fun ad libs, too — from the “ya bish” stabs of “Money Trees” to the a particularly raucous “yawk, yawk, yawk, yawk” from “m.A.A.d. City.”

It was clear at last night's show: He's light years ahead of his peers, even those he keeps close by.

For instance: Jay Rock, who opened the night, is a pretty fantastic rapper himself, and he too can command a stage pretty well; but the crowd watched his set like it would the trailers before a blockbuster motion picture. Some people were really into it; others couldn't give less of a damn. Maybe that's because the majority of casual hip-hop fans aren't into Jay Rock's brash, hard-knocks style of rap at the moment. They aren't interested in how much the “Hood Gone Love It.” They're more interested in songs about partying and/or more sensitive topics.

Ab-Soul followed and faced similar issues — although, granted, while looking cool and calm, and standing stationary like some sort of Jay-Z Lite.

Schoolboy Q, almost mercifully, brought substantially more energy. But his set too was a clear appetizer.

What's in some ways quite infuriating, though, is that the majority of the whole Black Hippy crew's best songs actually feature other members of Black Hippy. Ab-Soul's “SOPA” features a guest verse and a perfectly executed back-and-forth between him and Schoolboy Q; Schoolboy Q's “Druggys wit Hoes Again” boasts a fantastic guest appearance from Ab-Soul. But, at this show, the only time a guest appearance happened live was when Jay Rock joined Lamar for a take on “Money Trees.” Which, hey, is cool, because that verse is great.

But isn't it a little odd that, for the bulk of the night, despite a hot little 16 sitting just a hop and a skip away backstage, so few of these features ever happened? Yeah, a little.

Alas, it was obvious that the majority of last night's concertgoers — most of which appeared to be really young, a large number of them even accompanied by parents — came to see Kendrick Lamar. They didn't come to see the “U.O.E.N.O.” remix; they came to see “Swimming Pools.” And, of course, they got that: Kendrick Lamar ended his set on that song.

But his encore, interestingly, was a testament to his underground sensibilities. After a short lived “Kendrick! Kendrick! Kendrick!” chant, he returned to his stage for an encore to “Cartoons and Cereal,” a short-lived buzz song with a Gunplay feature that was released before Good Kid m.A.A.d. City. That song wasn't for the hoards of fans who were busy on their cell phones, probably more excited to show off to people that they were at a concert than to have actually been there. 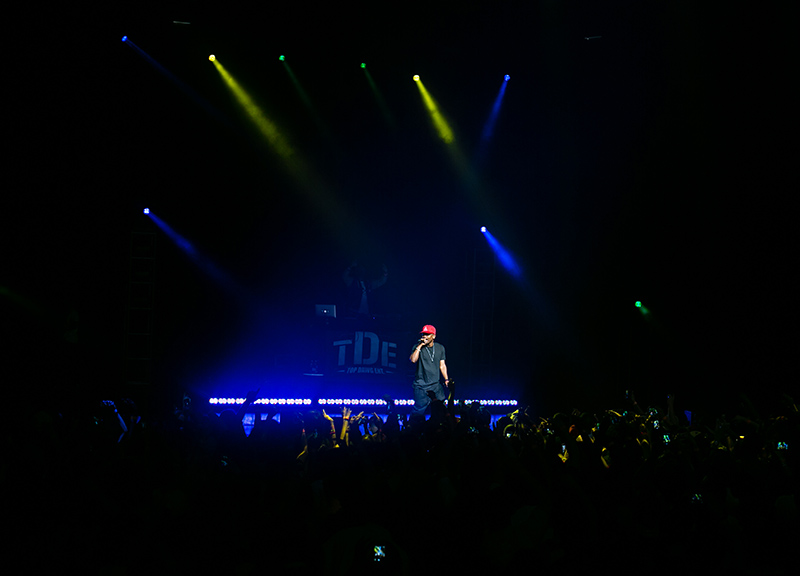 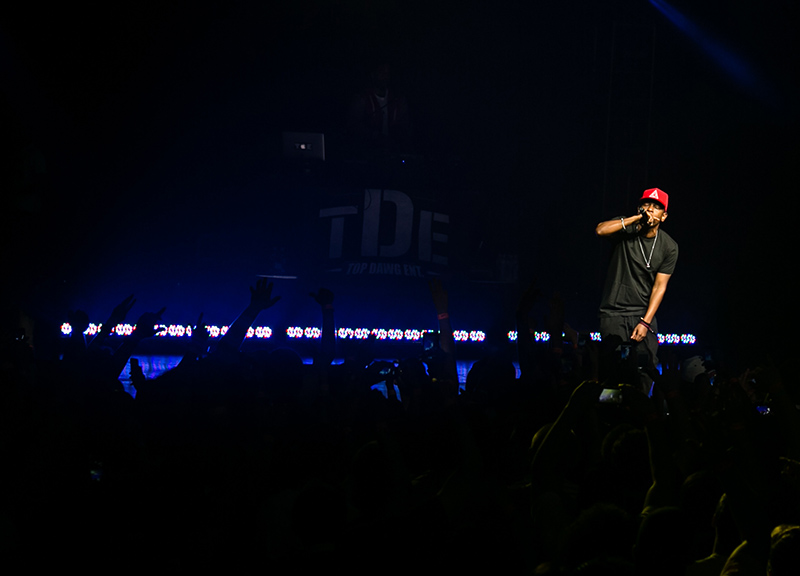 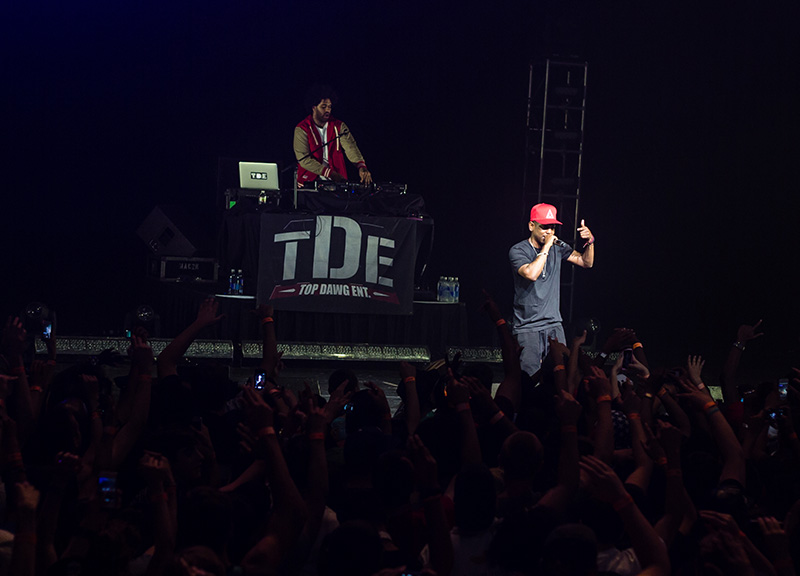 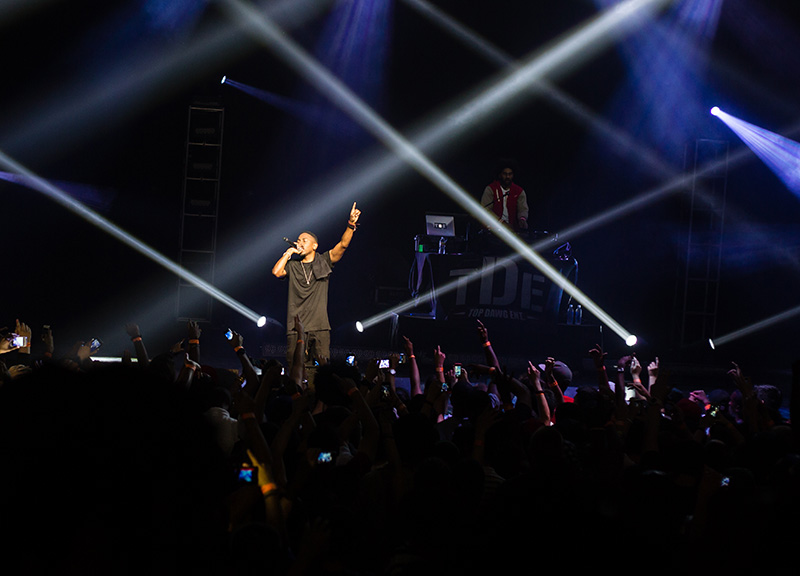