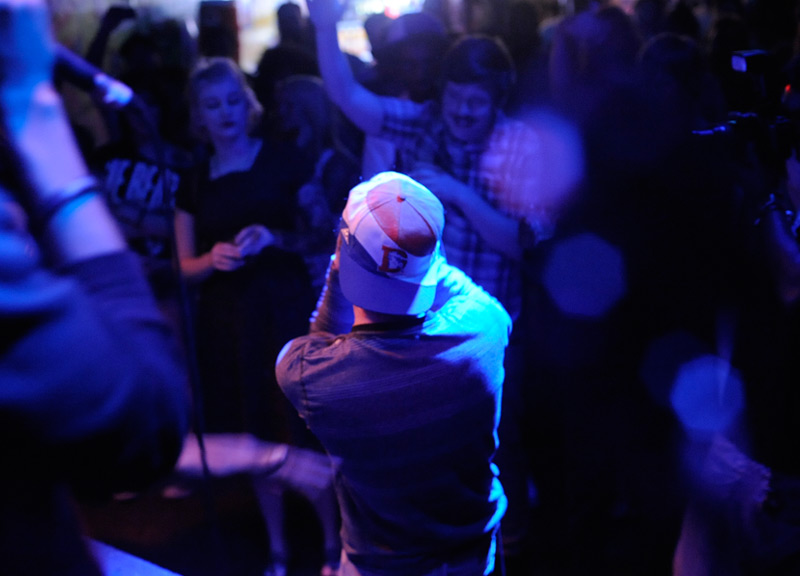 The whole game is about to change for the Garland-raised rapper born Justin Mohrle — and in a pretty damn monumental way, too.

Back in January, you may recall, the artist formerly known as Love, JT spoke with us about some then-unspecified projects he was working on alongside legendary producer Dr. Dre. Now, we finally have some details about those efforts — or, well, at least three of them. We can now confirm that the material Mohrle worked on with Dr. Dre includes three separate features that will appear on the rap icon's just-announced, forever-awaited third album.

That release, called Compton: A Soundtrack, will serve as a companion piece to the soon-to-be-out Straight Outta Compton film about Dre's early efforts with the group N.W.A. It's a fitting showcase for Mohrle, too, considering that it was on the set of that film where Mohrle tells us he first met Dre.

According to the track list released by Dre himself, the follow-up to 1999's 2001 and the usurper to the now-shelved Detox will see Mohrle appear on the songs “Talk About It” (also featuring King Mez), “It's All On Me” (also featuring BJ the Chicago Kid) and “Deep Water” (which finds Mohrle rapping alongside Kendrick Lamar as well as Dre). These songs also find Mohrle's rap identity rebranded some: He'll likely be known from this point forward as Justus.

(Interestingly, this news also makes Mohrle the second member of the late, great Brain Gang collective — Blue, The Misfit being the first — to collaborate directly with Lamar.)

Needless to say, it's a pretty big deal — and maybe even the most prominent mainstream attention a Dallas area rapper has received all year, which is saying something considering all the shine that other area up-and-comers such as Post Malone, Medasin and The Outfit, TX have earned thus far.

Judging from our most recent conversation with Justus, it seems this is only the start, too. As he told us back in January: “[Dre's] just got this big roll-out planned. He's got the album. He's got the movie. He's got a lot of stuff going on. And I get that. And I want his full attention. So I'm willing to put it off. I'm young. The longer I can go behind the scenes before they put the light on me and develop, I'm fine with it. Dre and I have spoken about that several times.”

Could this mean a Justus debut LP in 2016? Time will tell.

For now, these first three Justus takes alongside Dre himself will have to suffice. Good thing, then, that you won't have to wait until Compton: A Soundtrack's official August 7 release date to hear them, then. Prior to earning its Friday release exclusively through iTunes, the disc will stream on a three-hour loop on Apple's Music service starting 5 p.m. (Central Time) on Thursday, August 6. We imagine Mohrle's life will change forever about a minute or two later.

Cover photo of Justus performing at our four-month anniversary party by Jeremy Hughes.