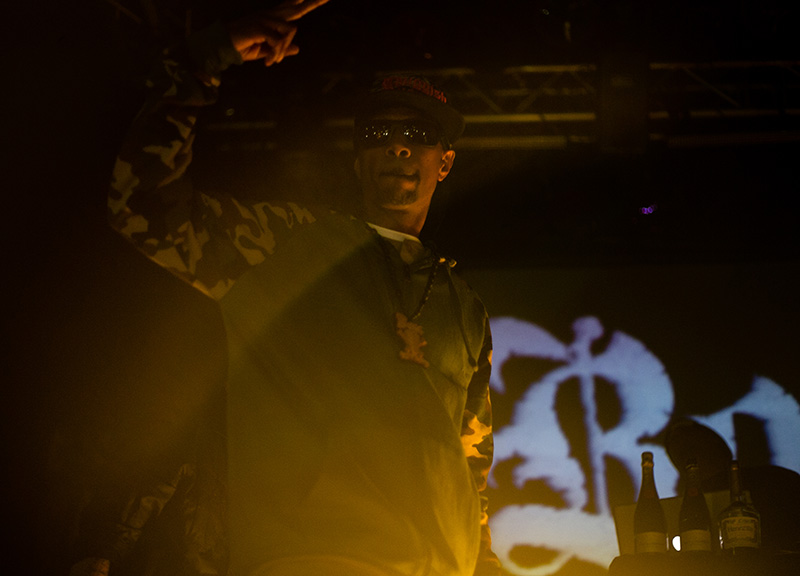 Bone Thugs-N-Harmony wasted no time getting into the meat of their deep catalog last night at their sold-out show at Trees and the first stop of their 10-date Texas Takeover tour. While it's not uncommon for a group of artists in their position to try and force their newest material on a crowd that's most obviously showed up just to hear the hits, Bone Thugs jumped right into “Mo Murda” from the group's second album, E. Eternal 1999, which first brought them national attention and began a long-lasting stream of acclaim.

“We got 20 years of music to work through,” says Wi$h Bone, just after performing a few tracks that included the everlasting “1st of tha Month.”

And that's just exactly what they attempted to do for the duration of their, frequently gratifying, set.

Not all members of the Cleveland hip-hop group were in attendance, though. Layzie Bone announced his departure from the group late last year to pursue a solo career. It's a move each of the group's members has done at some point in its two-decade history together.

With four of the five original members, though, the remaining Bone Thugs didn't show any sign of Layzie's absence. Instead they focused on their superstar collaborations with some of hip-hop's greatest artists such as Notorious B.I.G. with the track aptly titled “Notorious Thugs,” Tupac Shakur with “Thug Love” and Eazy-E with “Foe Tha Love of $” as well as the group's most celebrated track “Tha Crossroads,” which is dedicated to the deceased former NWA artist, among others.

The sold-out crowd's fervor never wavered throughout the tight 60-minute set, either, and during the collaborative and tribute songs the crowd continuously visibly reacted with hands in the air and recited lyrics to the best of their ability with the tracks' rapid flows. That is to say the mostly older crowd reacted with nearly the same zeal for deeper cuts such as “Budsmokers Only” and the group's newest tracks.

After twenty years, the group performs with an earnest intensity deserving of praise, rather than resting on their laurel — even though the group did support their vocals with a backing track. But, hey, honestly most hip-hop artists are known to do as much these days. And throughout the show it was Bizzy Bone who carried most of the performance on his back, pacing back and forth on the stage, weaving between members of the group and interacting with the crowd more than the other thugs.

Bone Thugs-N-Harmony embarked on this specific 10-date run in Texas because of the warm receptions they received last year on a similar run, and with last night's sold-out show and the crowd's resounding appreciation for the group it's easy to assume the group will be back soon too. The fact that so many people were turned away at the door last night kind of demands as much.

Above everything else, though, the most important thing Bone Thugs' most recent tours — and especially their Dallas performances — has proved is that even after twenty years the group have avoided the stigmata of being perceived as just another novelty or nostalgia act. Not to sound too cliche here, but Bone Thugs-N-Harmony most certainly still have “it.” 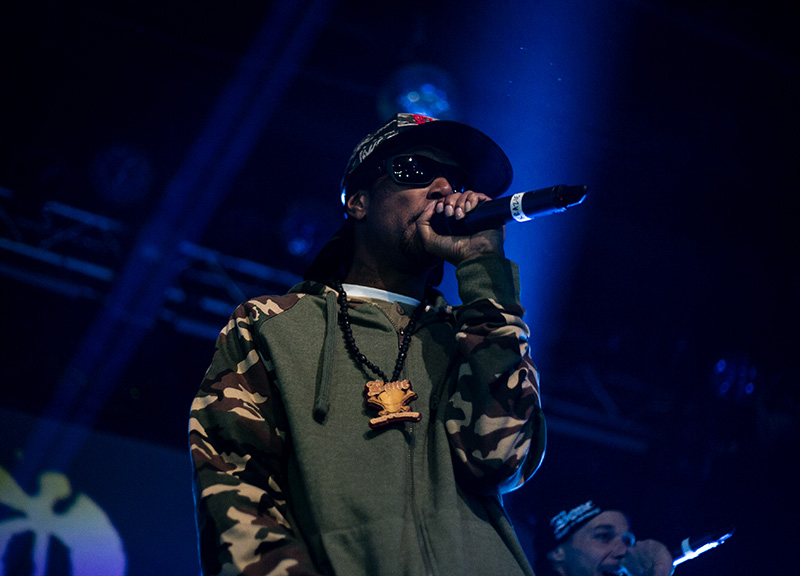 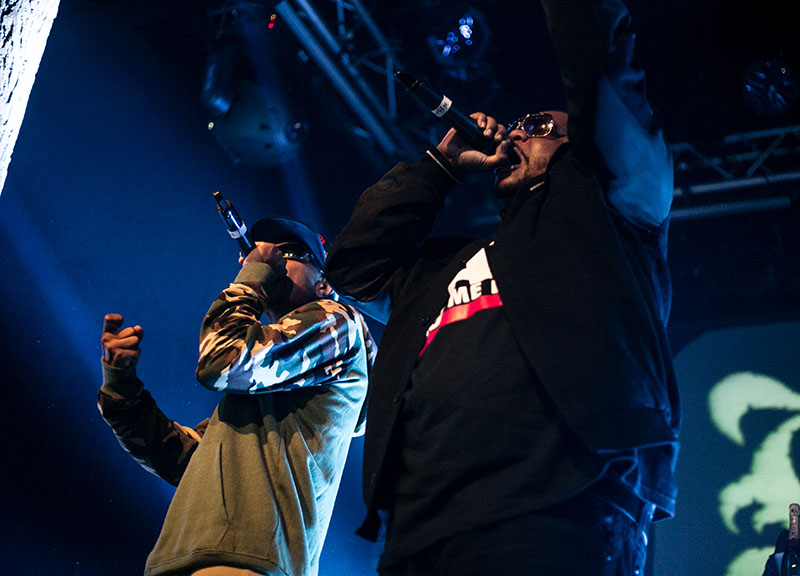 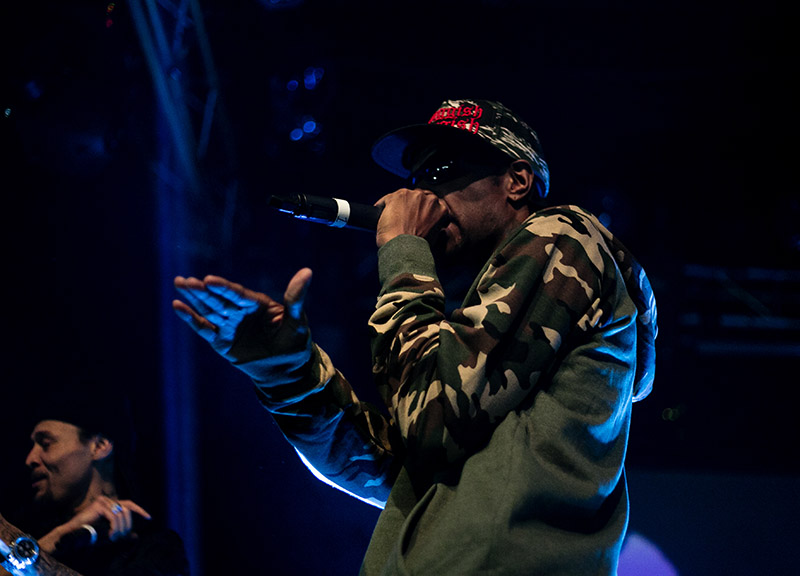 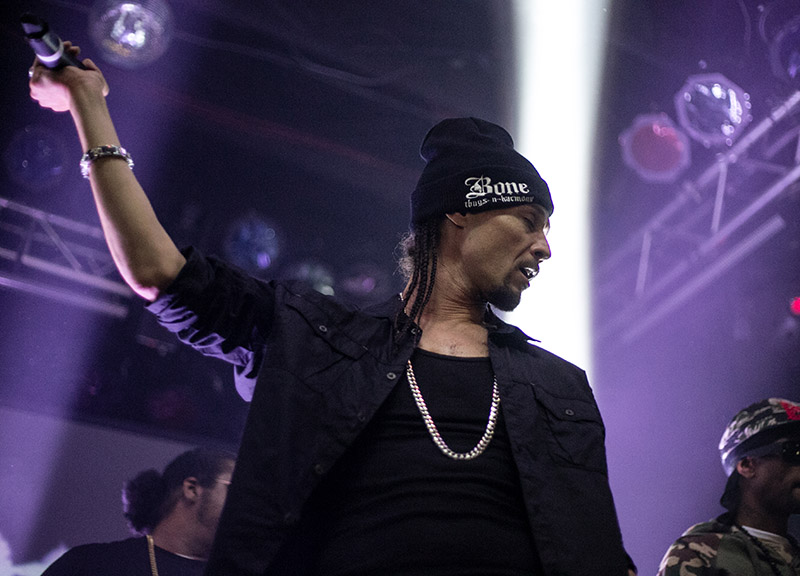 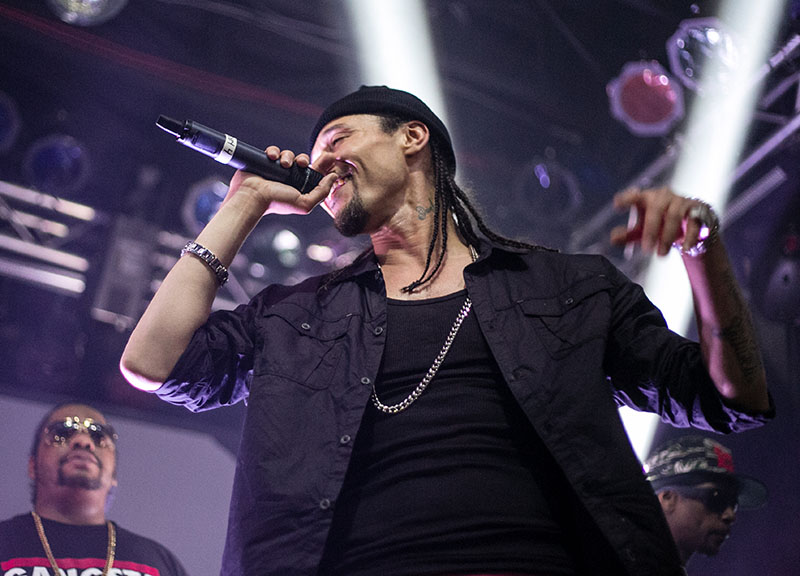 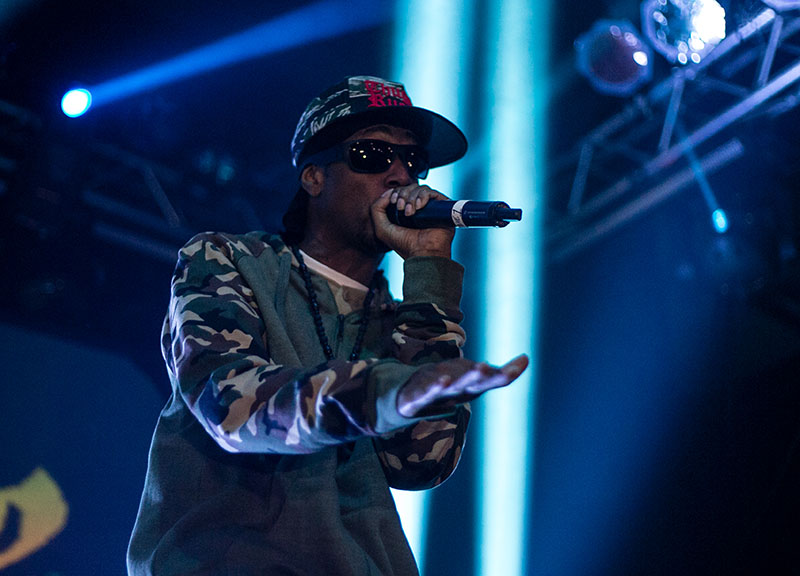 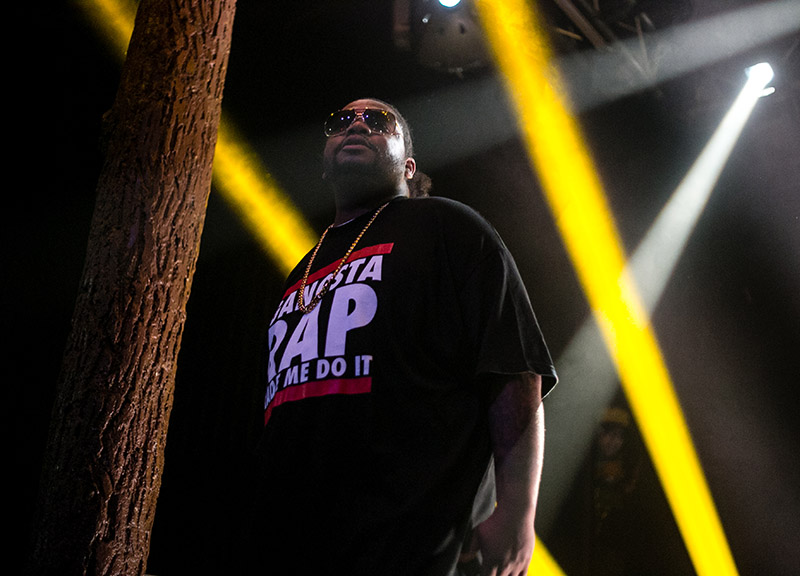 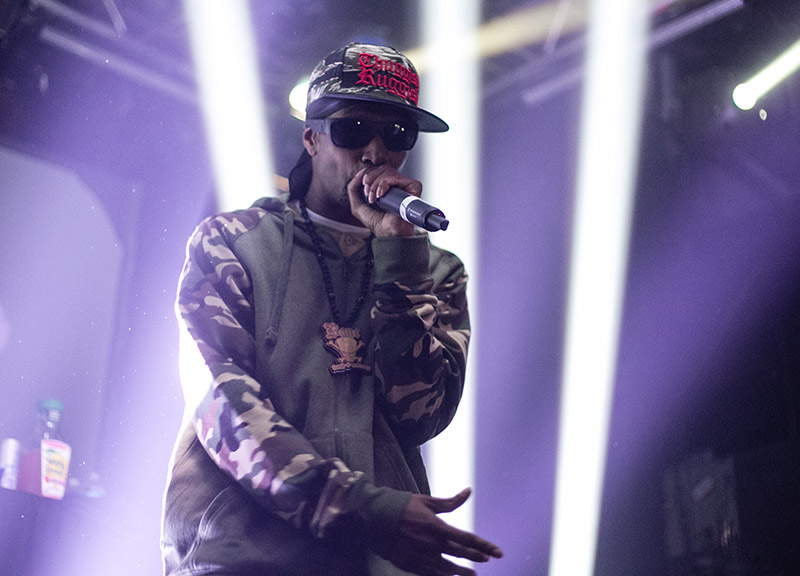 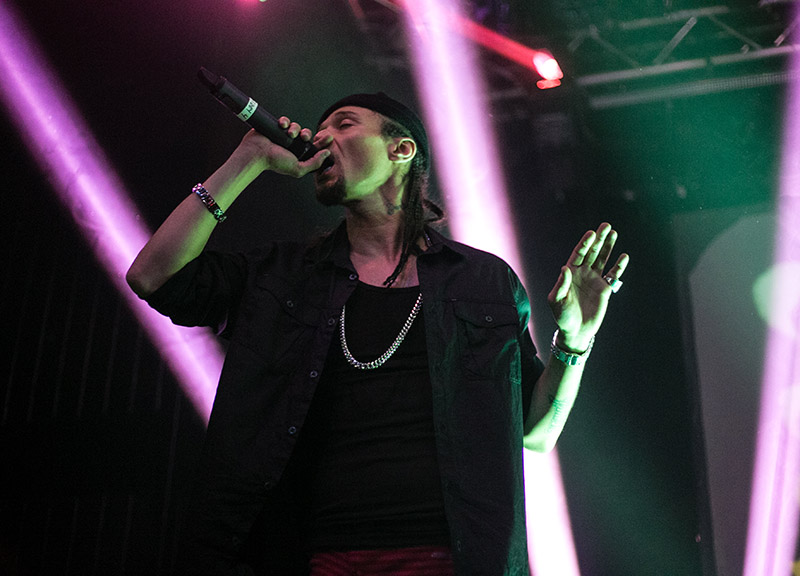 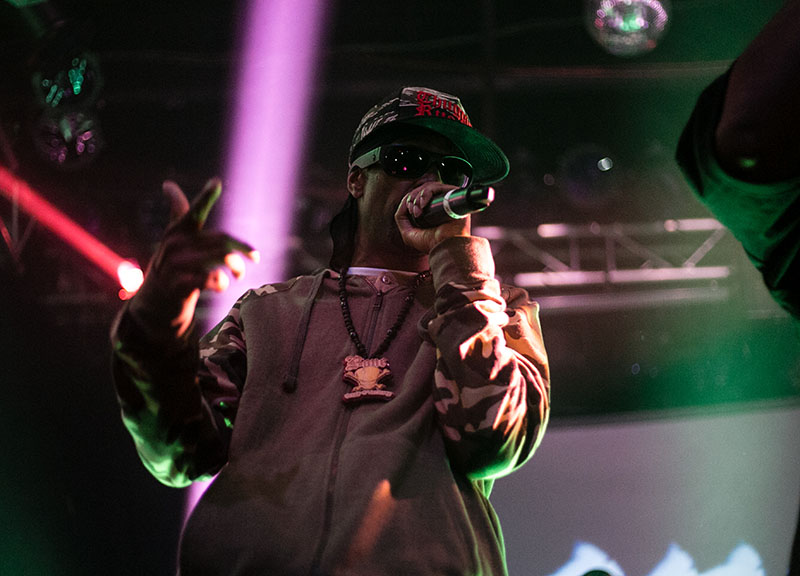 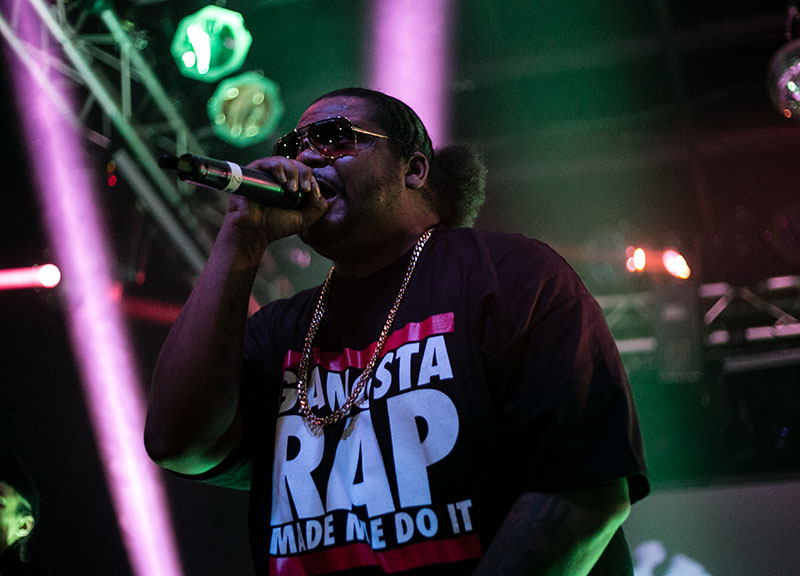 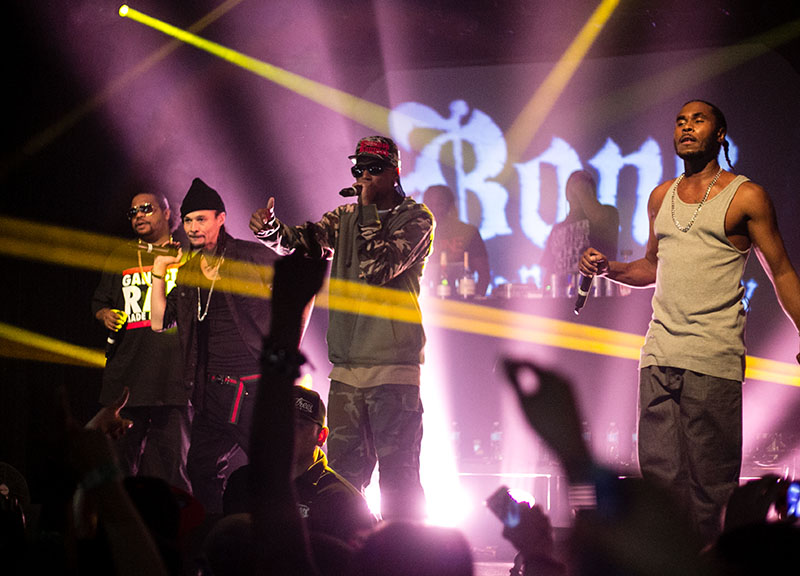 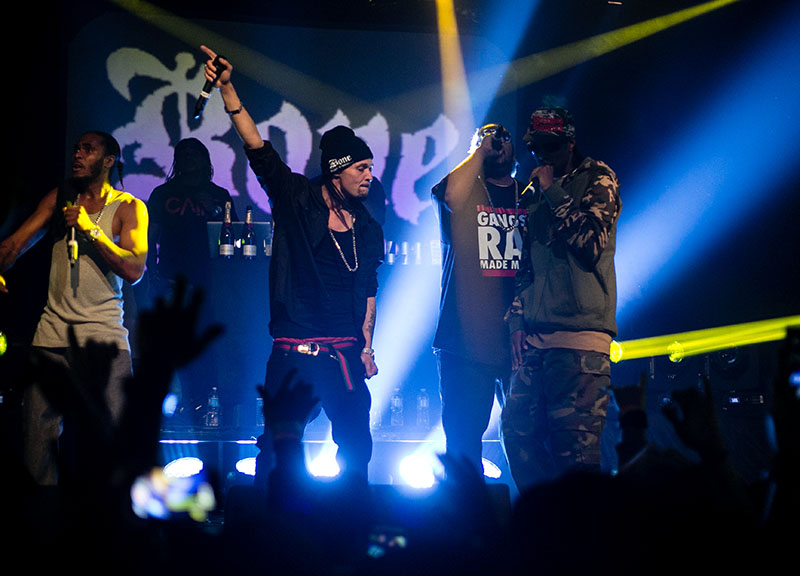 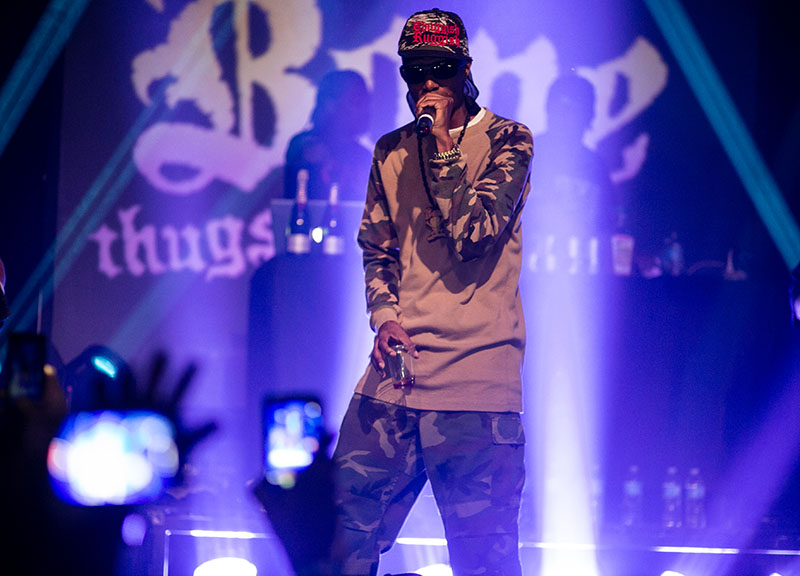 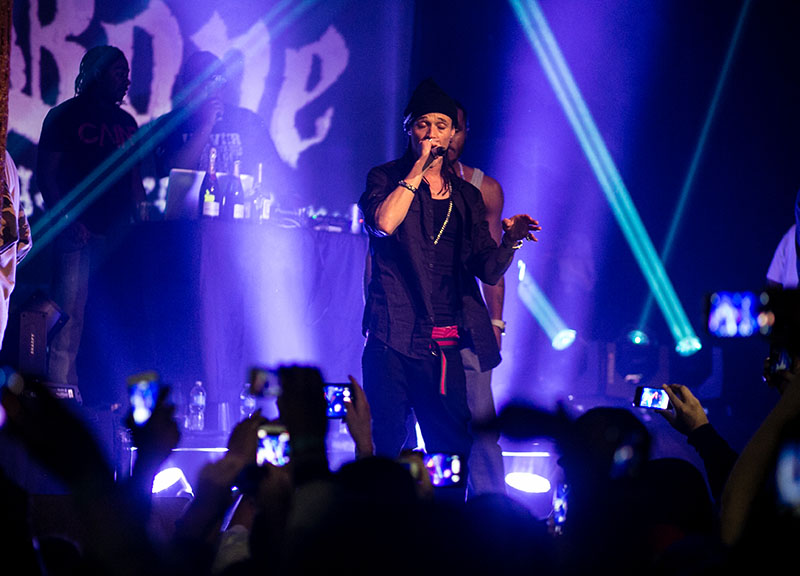 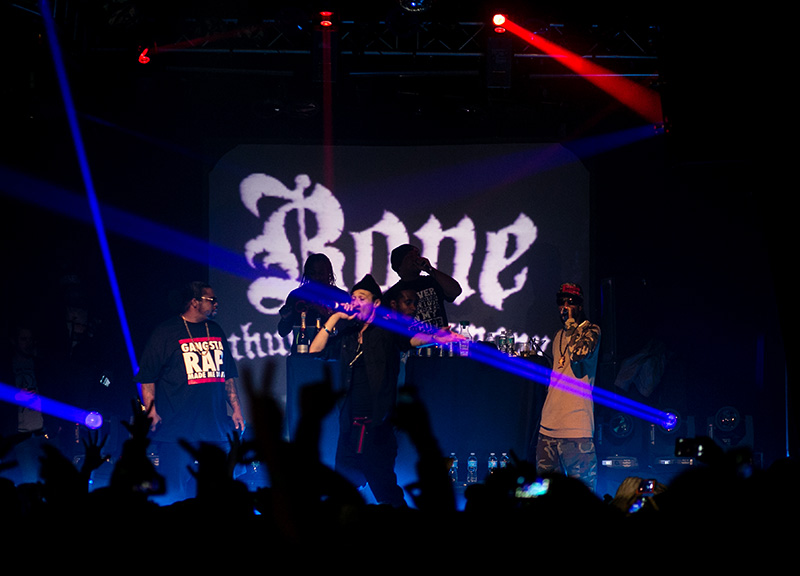 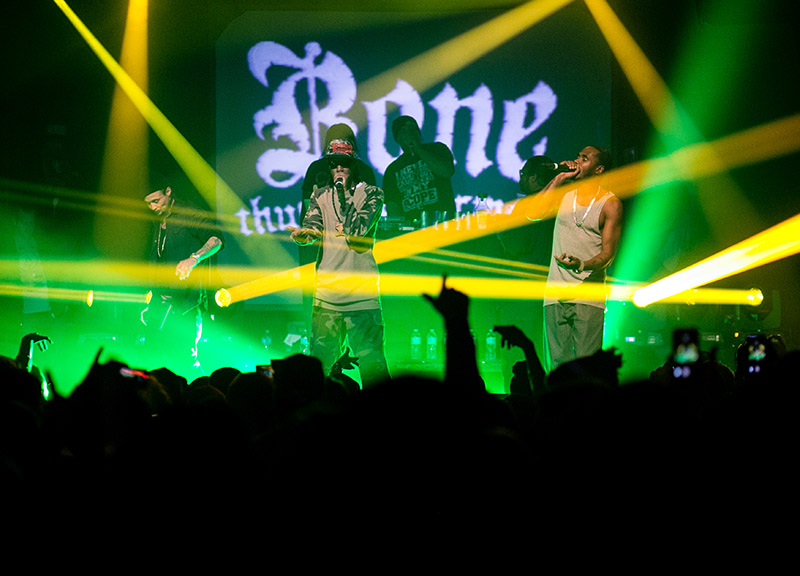