The Sound of Tomorrow.

The Internet provides opportunities and obstacles alike for today's music industry. That much, we all know.

What's less obvious is how to make sure the obstacles are minimized and the opportunities are seized. But if there's one collective that seems to have a grasp on this, it's the group behind the Los Angeles-based Soulection label, with its stable of web-savvy upstart artists and producers.

No, Soulection may not boast the largest roster out there, but it's still managed to help define a new alternative sound sprung from West Coast-based beat producers all the same. And, in the process, Soulection has brought artists such as Ta-Ku, Esta, Lakim and the Seattle-based Sango into the limelight.

Sango in particular represents this collective well: He's an artist in every sense of the word, with his influences and productions drawing heavily from the heart, the past, and international landscape at once. Oh, and he's also a graphic designer, creating all of his own album artwork.

Point is, much like the Soulection banner he flies, Sango himself has got his personal brand on lock. And, based on the turnout at Saturday night's show from the man himself at Three Links in Deep Ellum, it seems this community is growing right here in Dallas, too.

While the promotional bill for the show promised only a performance by Sango, the artists leading up to the night's headlining set were a real treat for the unsuspecting audience. Dallas' own Jus-Stone represented the local talent portion of the night with a set that featured a bit of everything from hip-hop remixes to Jersey club tracks.

What followed that, though, completely flipped the (turn)tables on the crowd: Houston-bred producer Dpat — joined by a live drummer and guitarist — changed up the mood of the room some, providing at once a more intimate and high-energy vibe.It could be said that Dpat is a bigger deal behind the scenes than elsewhere, having already received a Grammy nomination for his work with Wiz Khalifa, but his set, which included a fine cover of Aaliyah's “Are You That Somebody” certainly had the audience buzzing, only whetting their appetite for more of what was about to come.

Once Dpat wrapped up on stage, a man who had been standing among the crowd with his back against the wall for most of the night, donning a graphic-printed hat and a Soundcloud tee, stepped up on stage and began plugging in equipment. People in the crowd looked around at one another a bit dumbfounded.

Could that be Sango?

Well, yes: Out of nowhere, the man dropped a low, steady beat with a bassline that rumbled in this audience's collective chests — a promising sign that, indeed, Sango about to deliver exactly what the crowd had came to see and hear.

And boy did he. Sango's set was divided up into roughly three different parts. The first was comprised of throwback hip hop beats — a clear motif throughout the night. He dropped his Robin Thicke and Drake remixes but mostly pulled from Da Rocinha 2, a brilliant, Brazilian-inspired compilation full of Portuguese rhymes over exotic beats. Those not familiar with the comp were certainly still fascinated by it all the same as the night's all-out party vibe hit full swing.

For his second act, Sango then got things a whole lot rowdier, seamlessly mixing tracks from one to the next, the majority of which came from OVO artists such as PARTYNEXTDOOR and Drake. Although many Soulection artists share similar styles, this portion certainly had a Mr. Carmack feel. In other words: It was loud, trappy, and weird — but, like, the good kind of weird, the filthy kind that makes you want to shake your head and jump around, which, yes, most people out in the crowd were doing by this point.

Then it was back to reality — and the past. Just when the crowd couldn't jump any more, Sango settled them down with a “Big Poppa” instrumental, giving everyone the chance to breathe again. Following that? More Soulection aesthetic staples from the likes of Missy Elliot and Ginuwine, then his own “Middle of Things” collaboration with SPZRKT and French producer STWO, and, lastly, a few more throwbacks that omitted the vocals so that the audience could sing along.

Then, just as casually as he'd entered the stage, the man in the Soundcloud shirt shut his laptop and walked off into the night. The crowd begged for more, though, and, for a moment, it seemed like Sango might give into those demands, Only, instead, he simply walked back onto the stage for but a brief moment, picked up the mic for the first time of the whole evening, thanked the crowd and made his final exit.

No matter: It was still an impossibly intimate, fun and, at the end of the night, wholly satisfying affair. 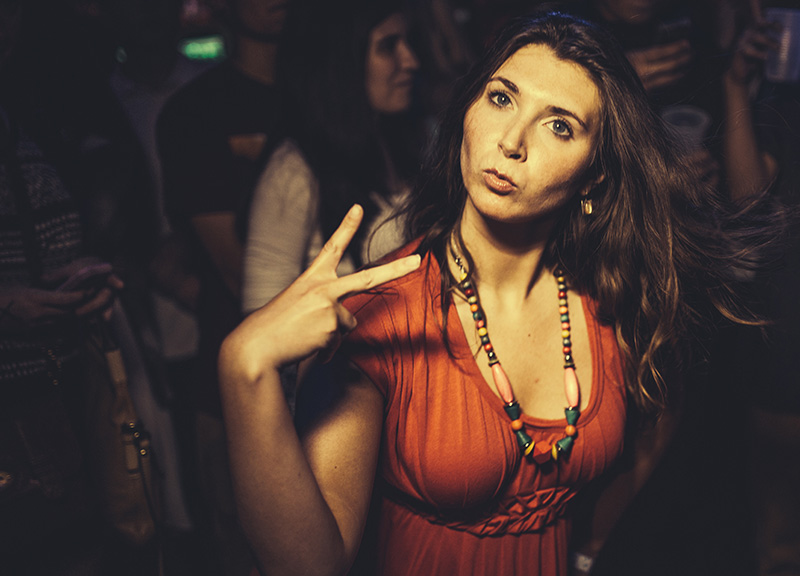 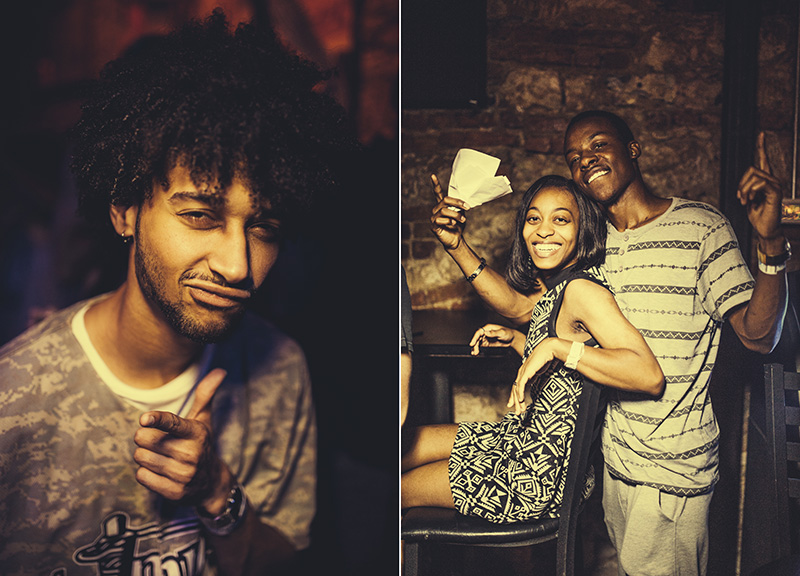 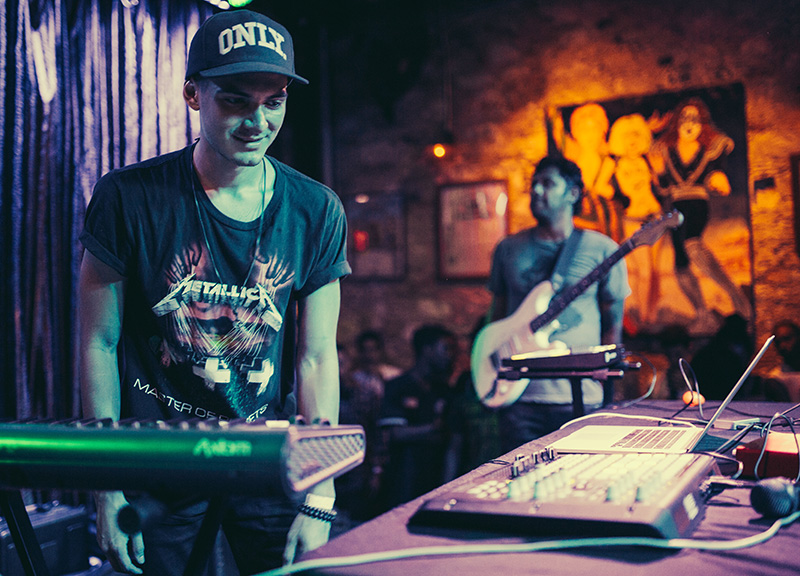 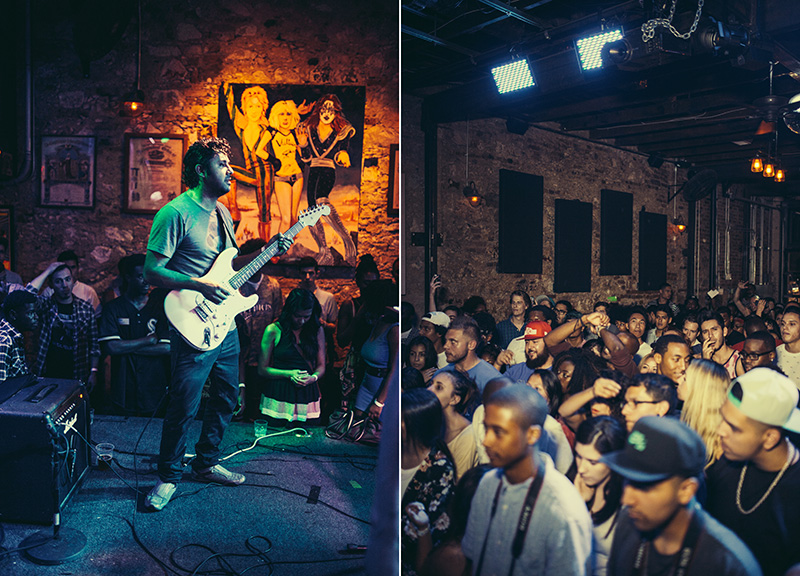 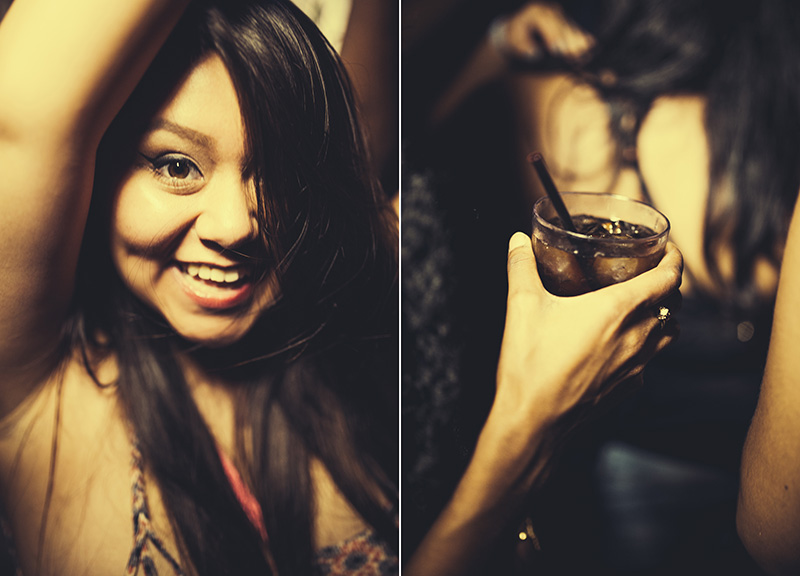 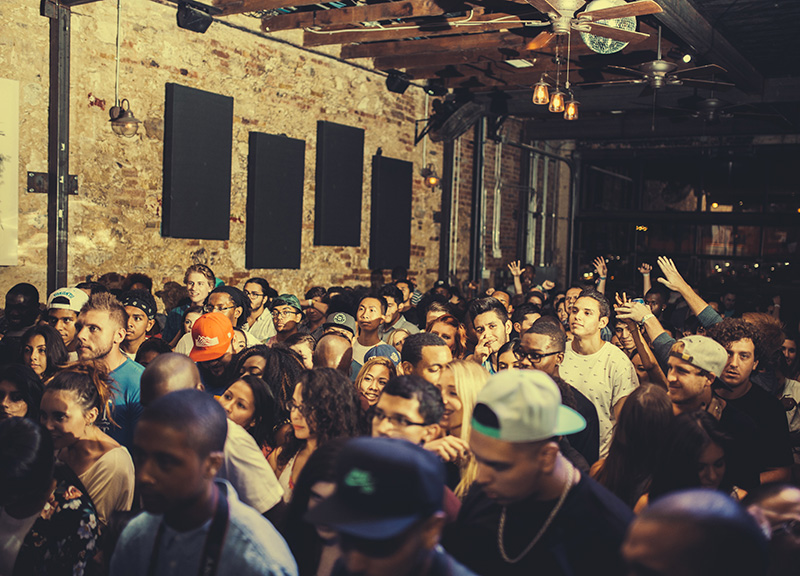 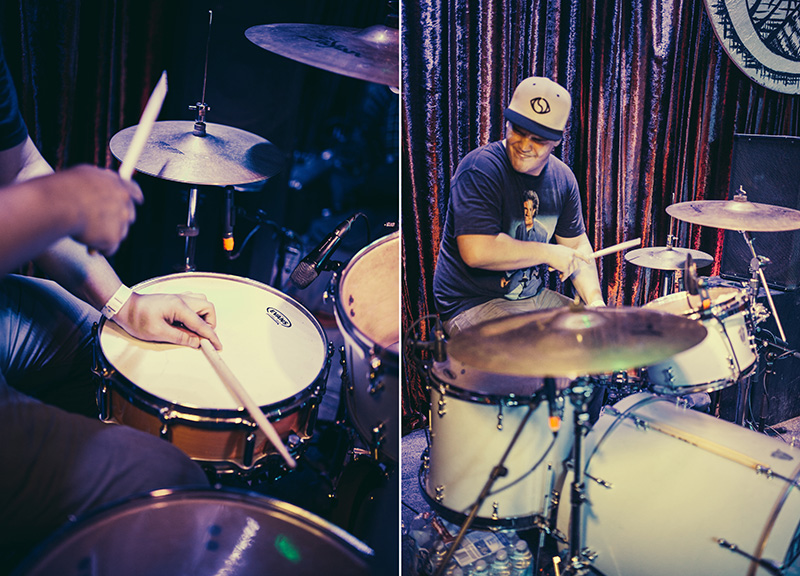 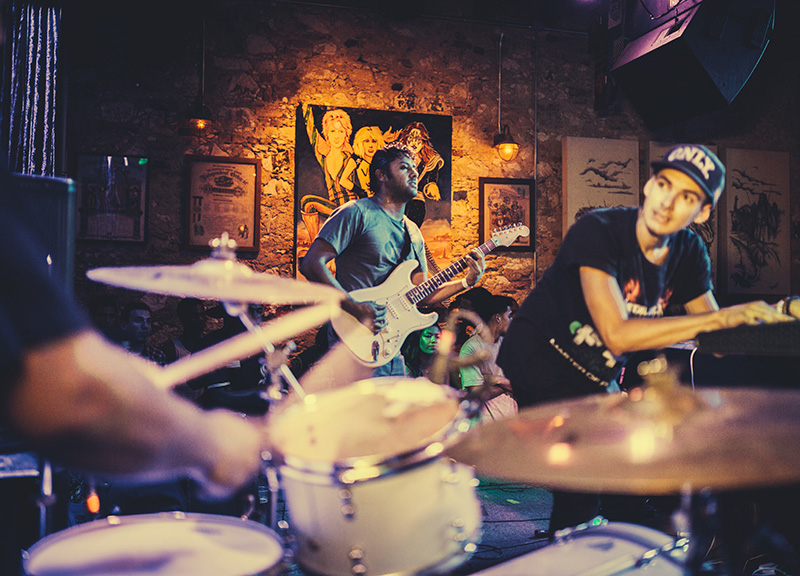 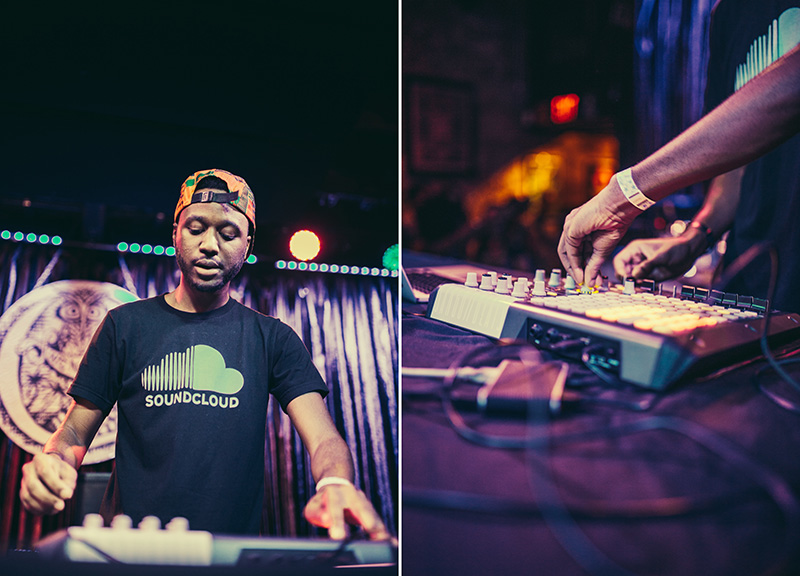 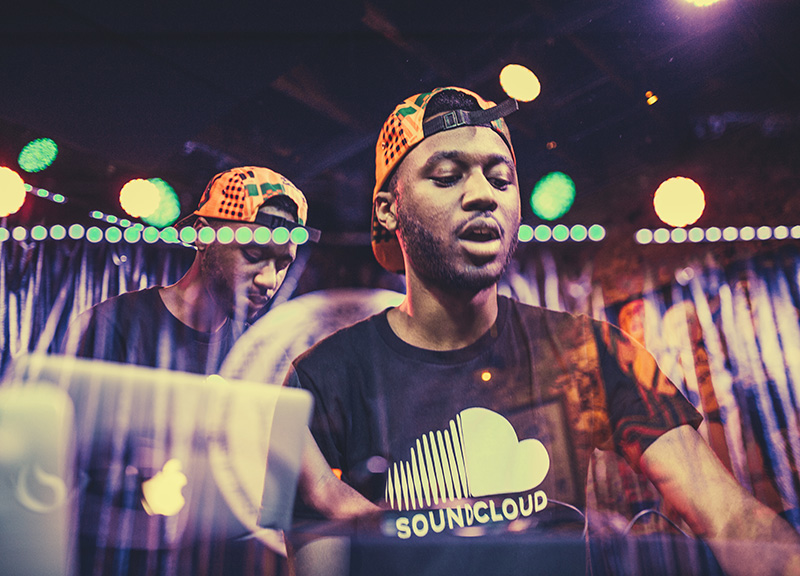 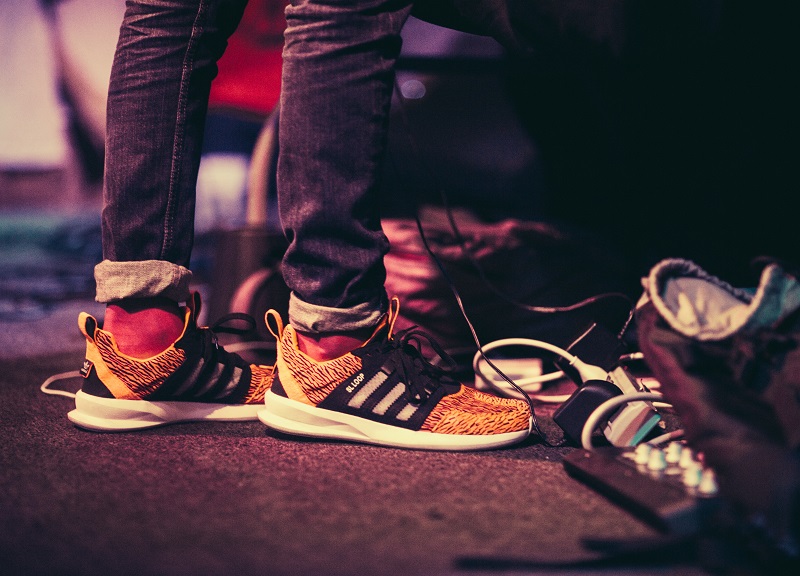 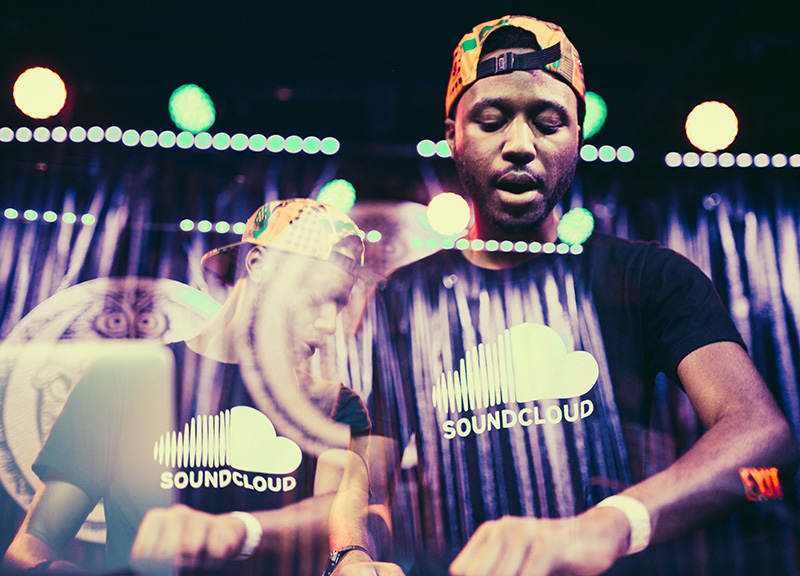 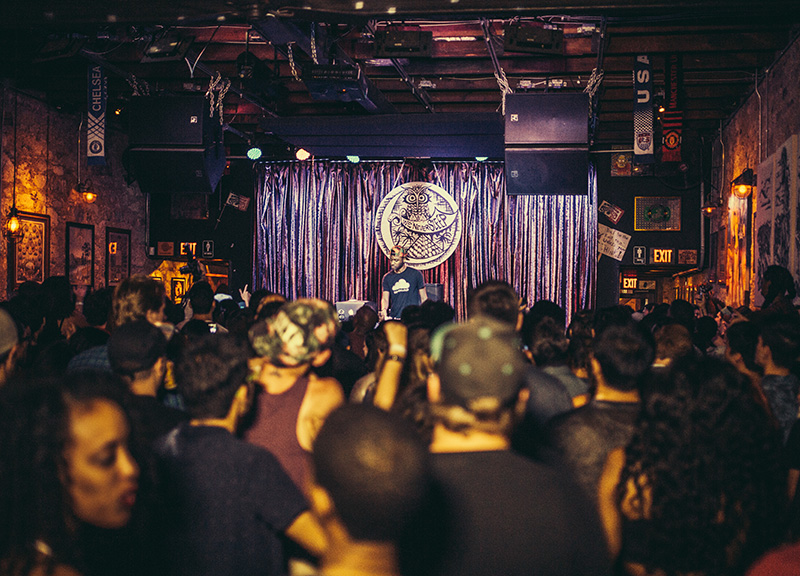 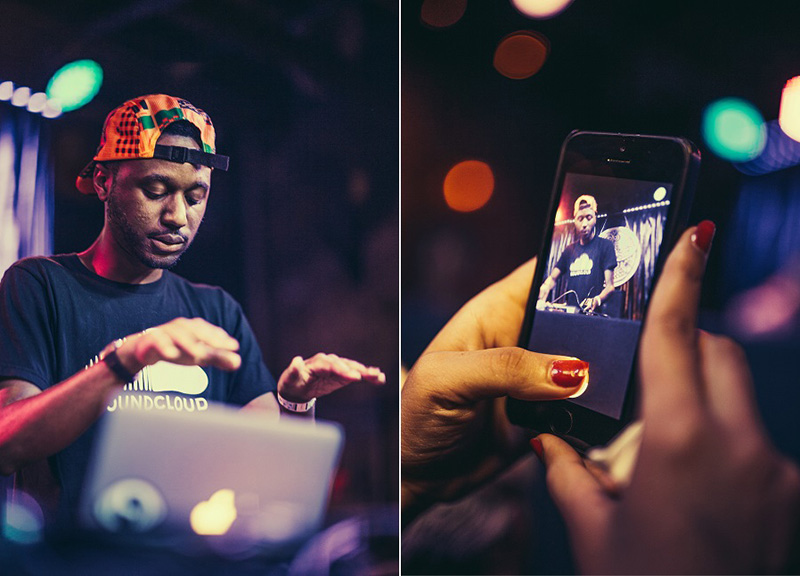 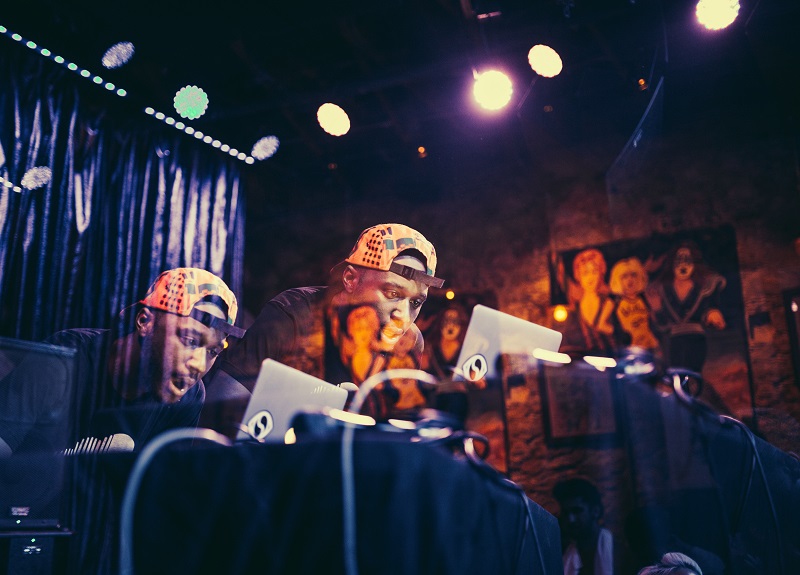 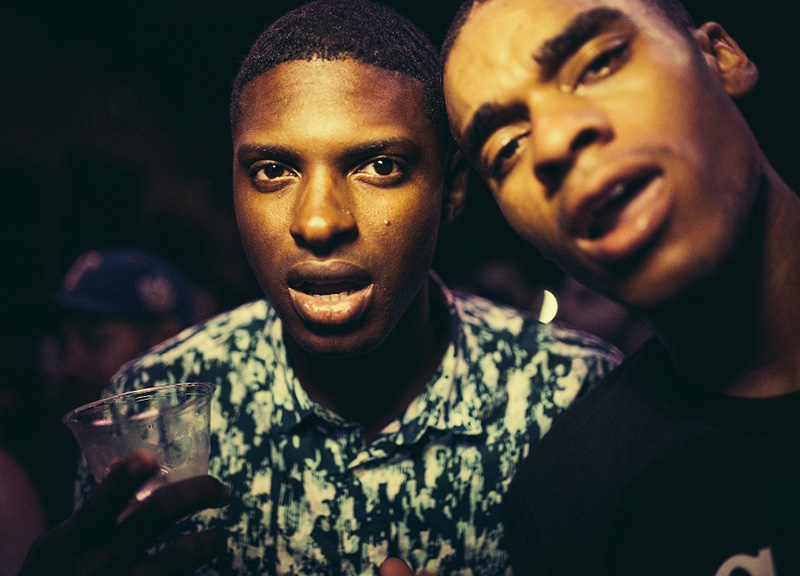 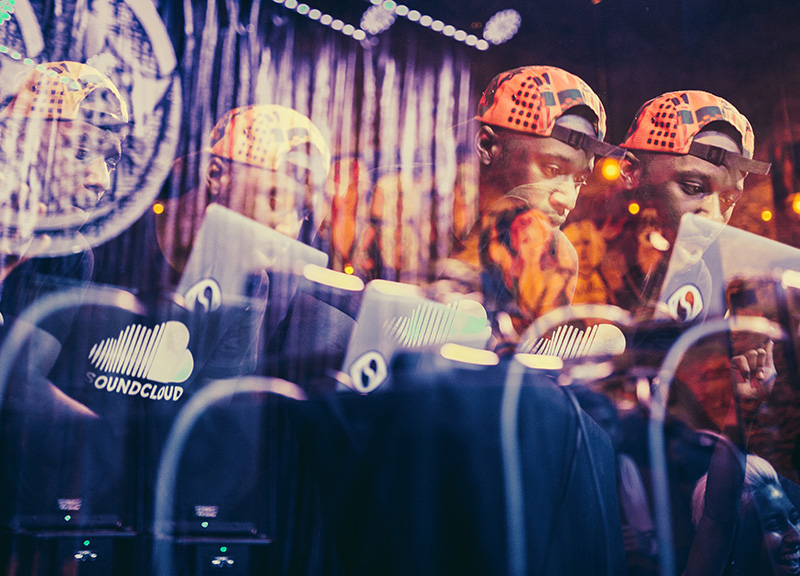 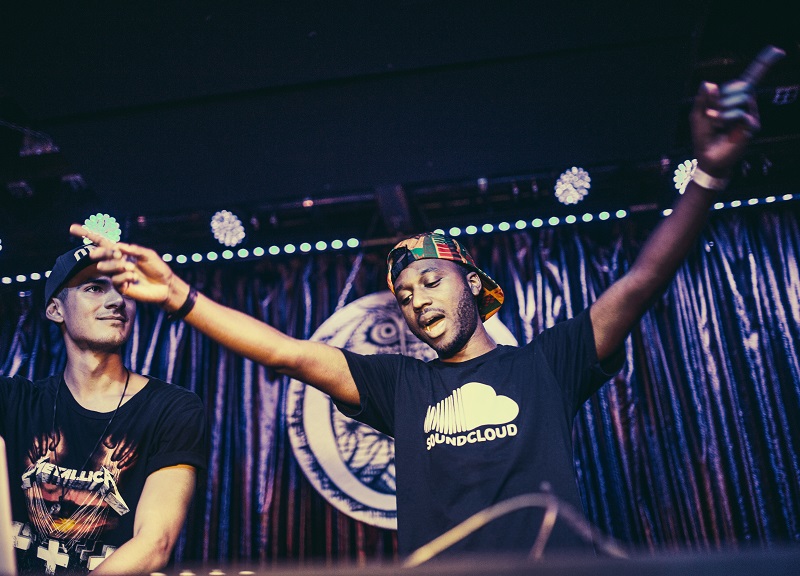