Putting On A Show Is Second Nature At The Granada Theater. 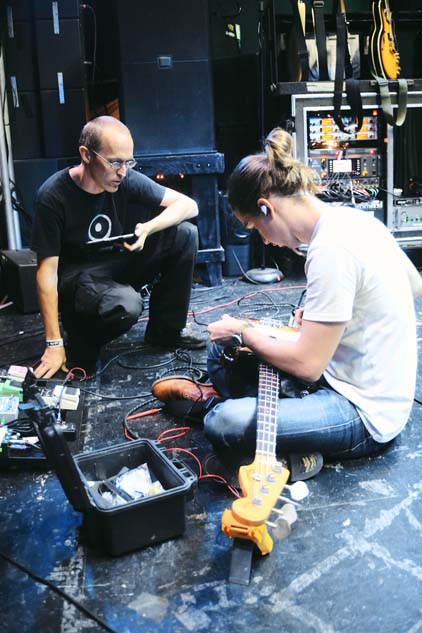 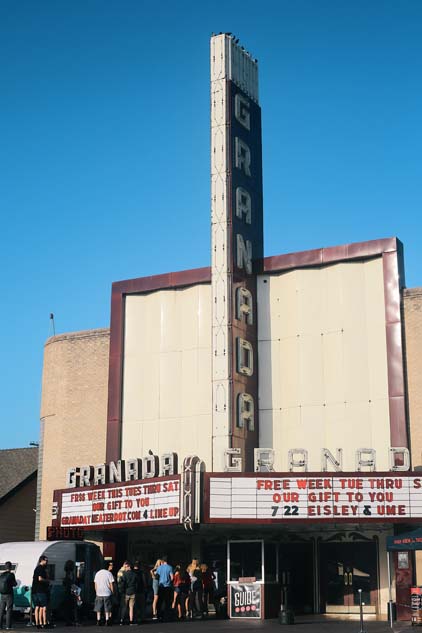 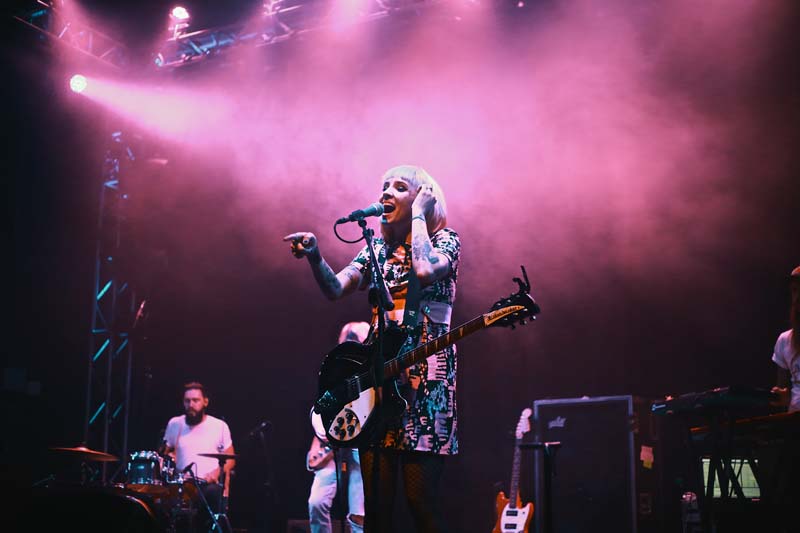 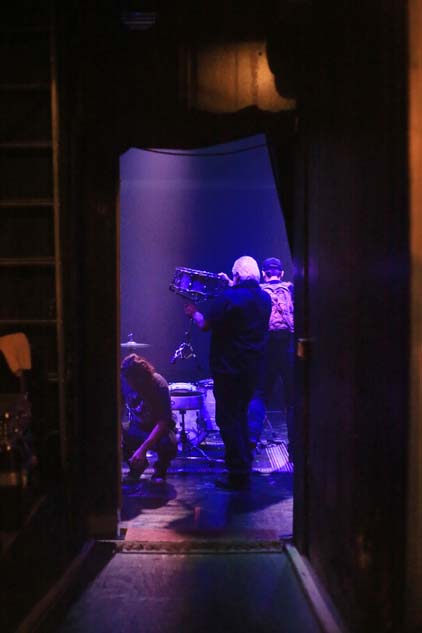 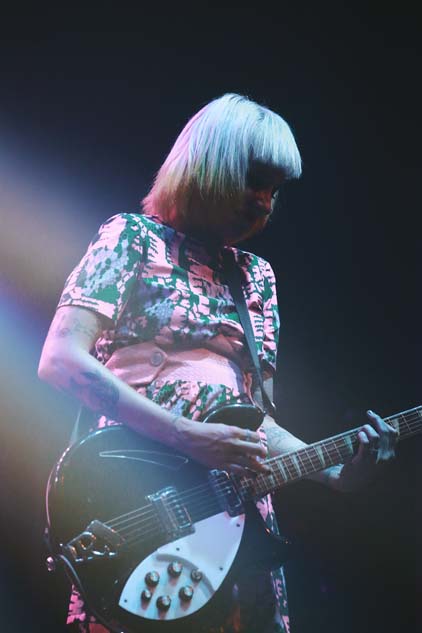 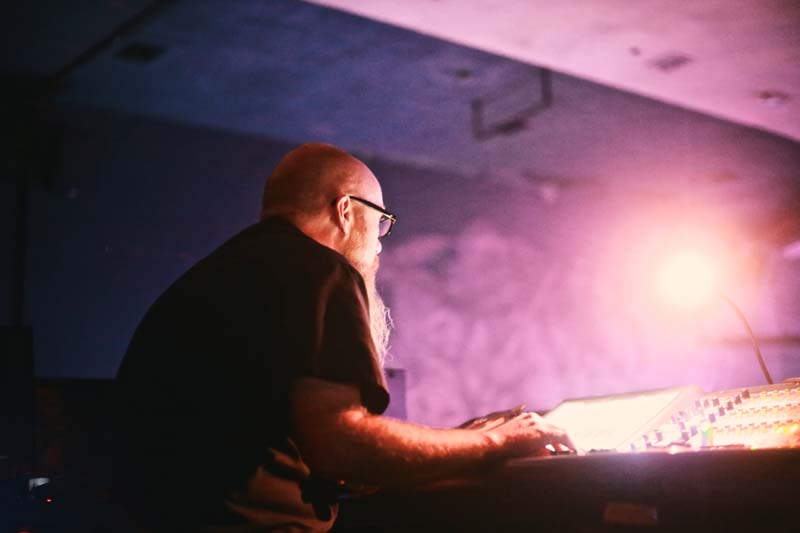 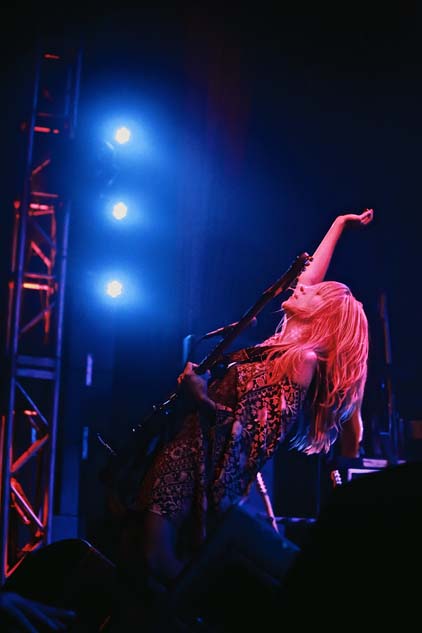 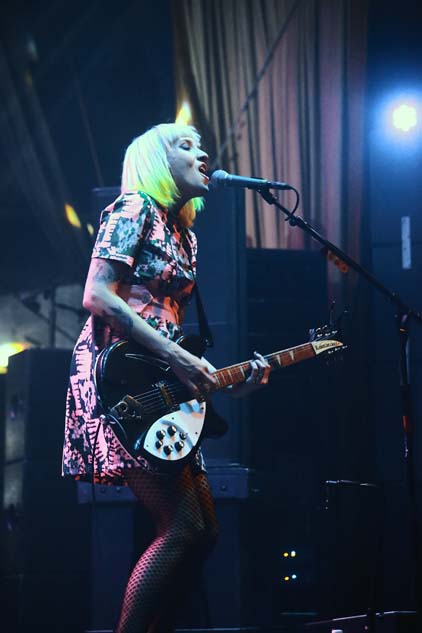 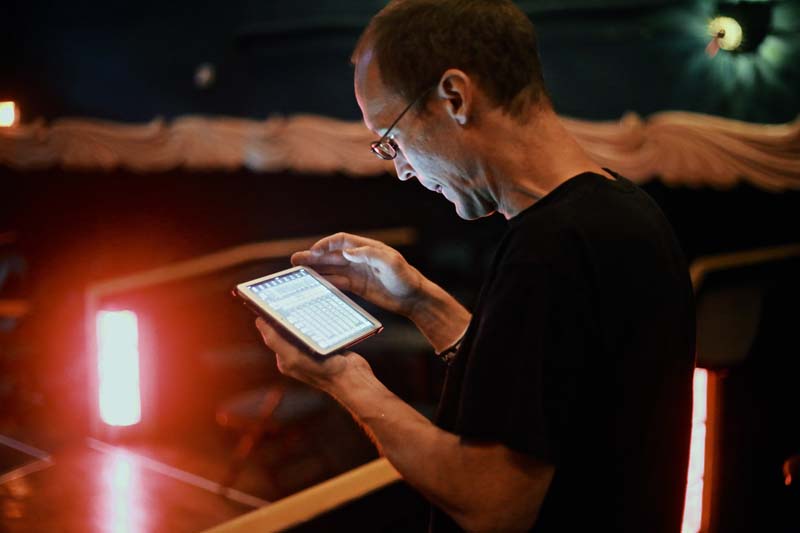 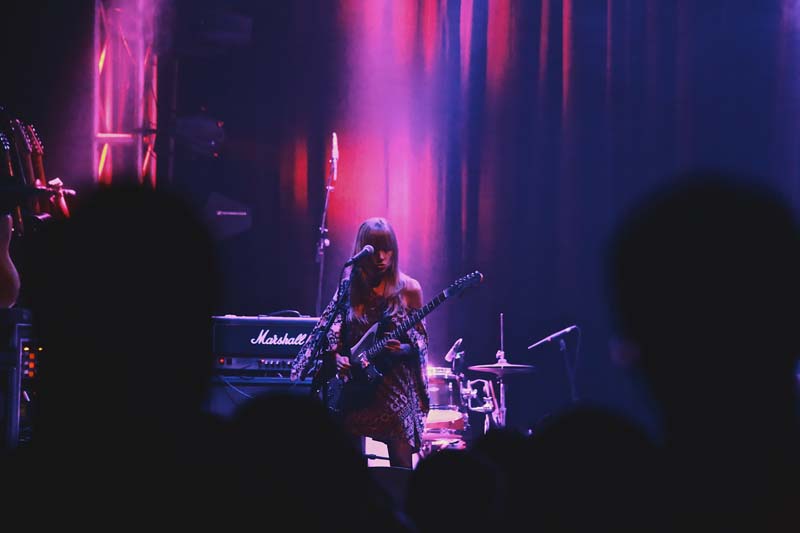 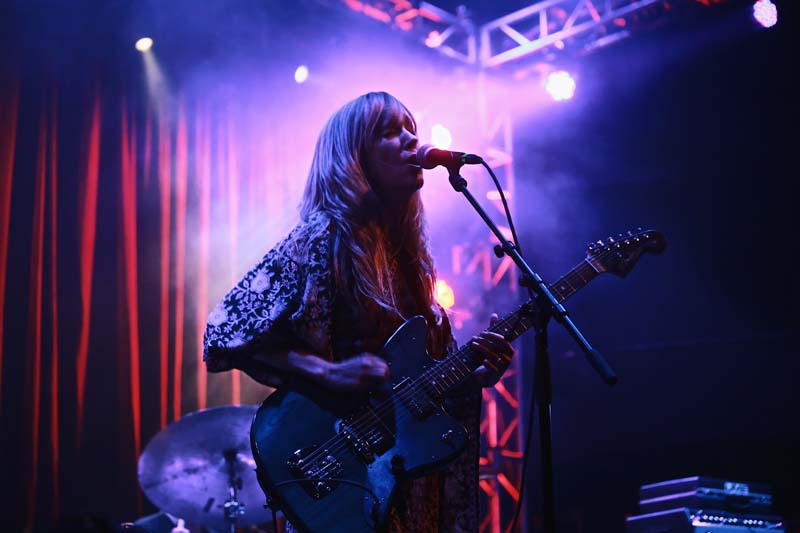 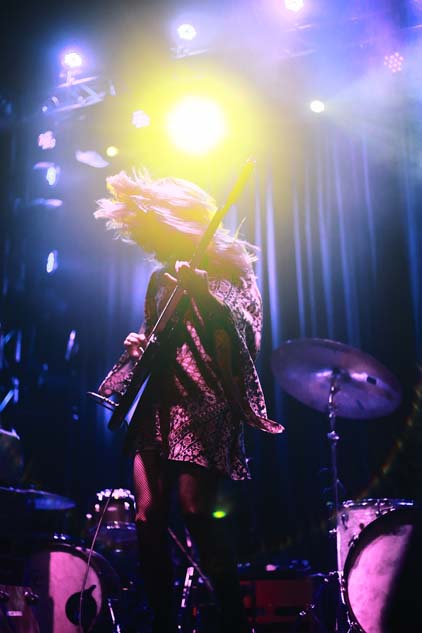 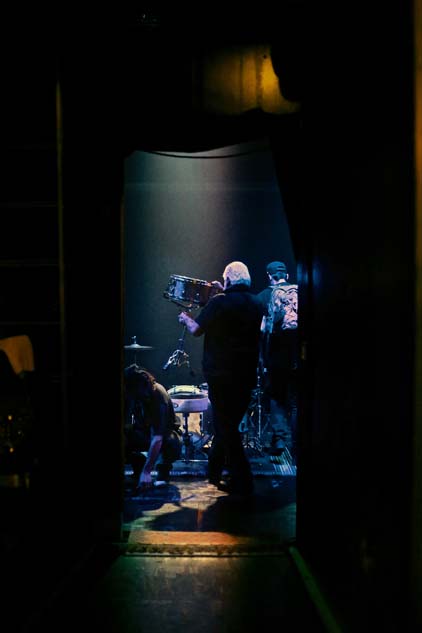 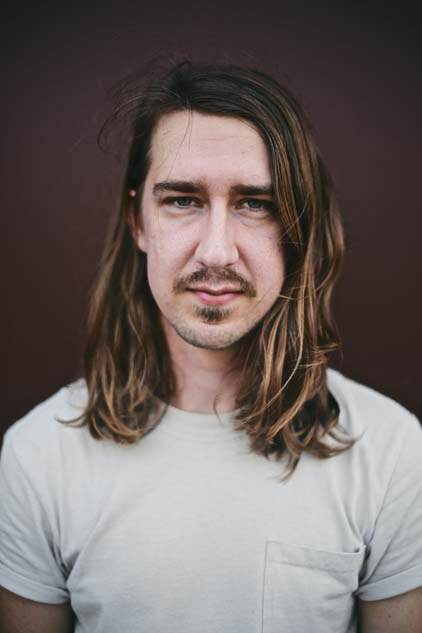 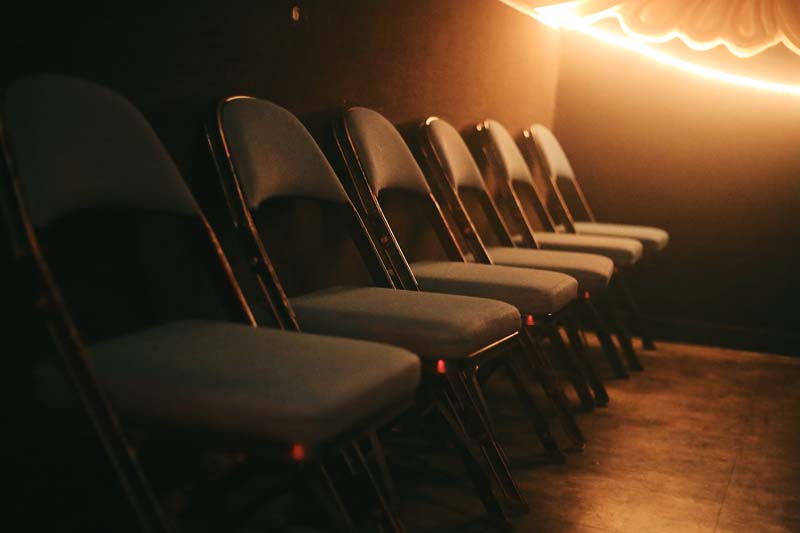 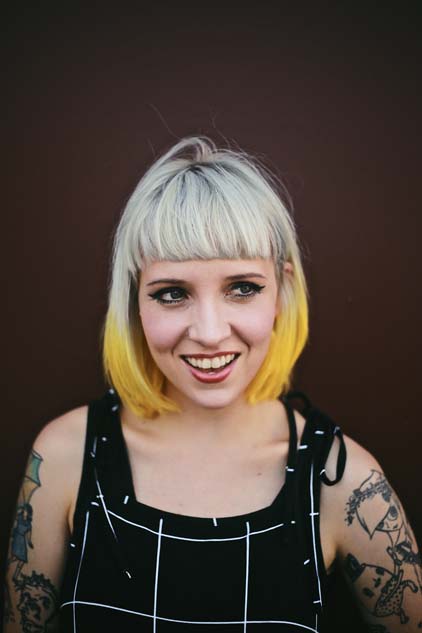 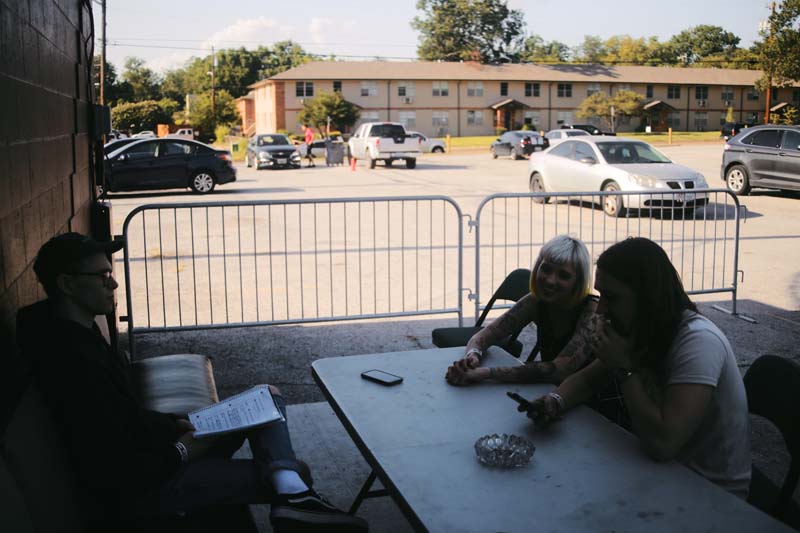 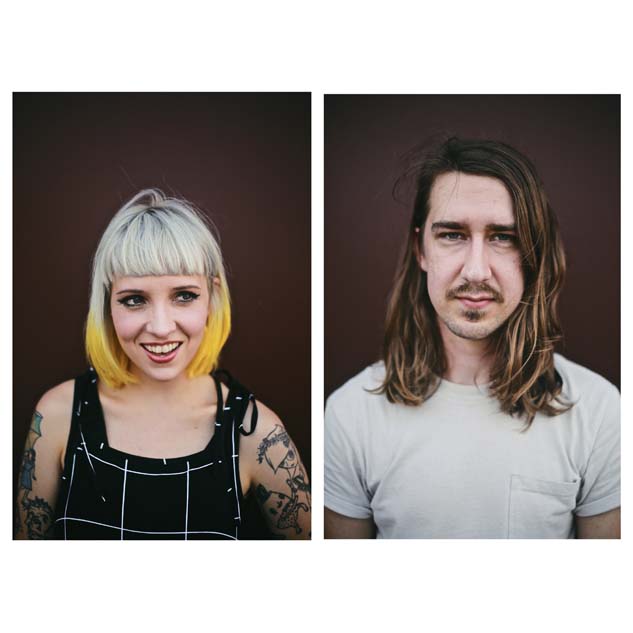 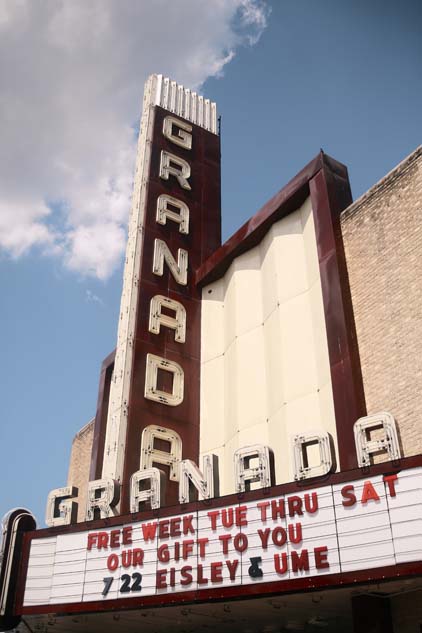 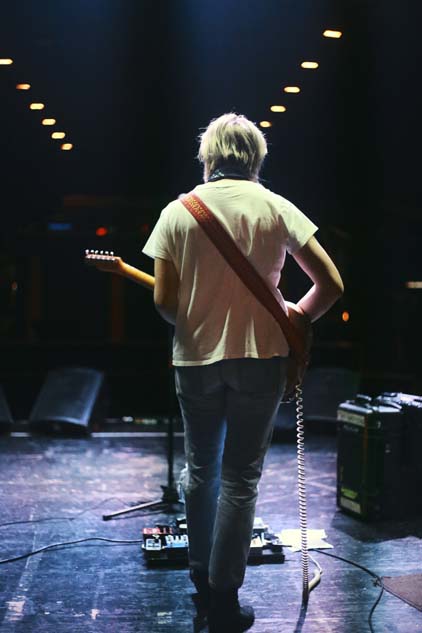 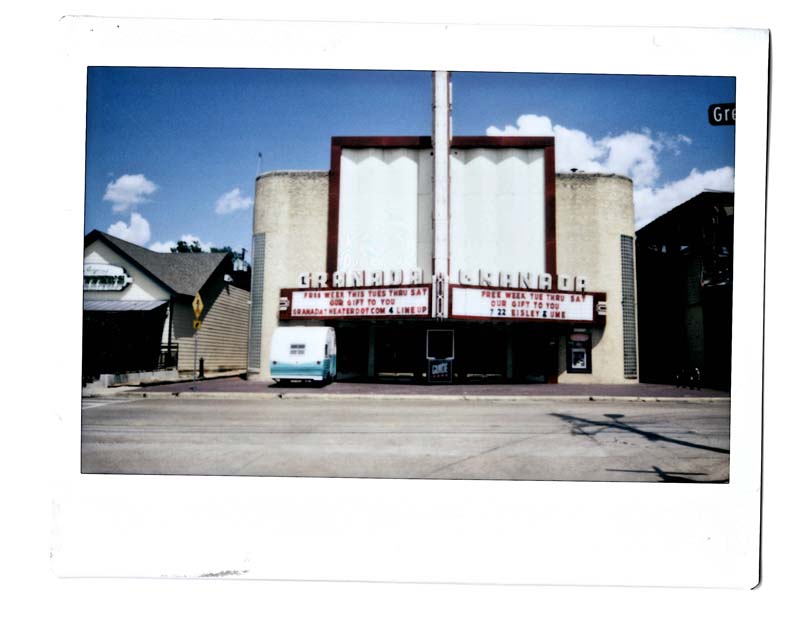 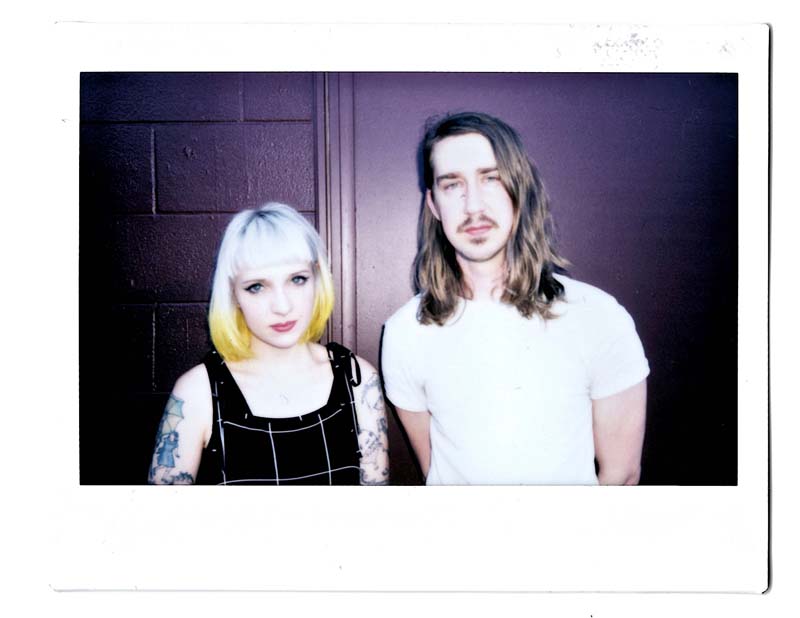 Here’s A Look At How The Well-Oiled Machine That Is The Staff At The Granada Theater Gets Ready To Welcome You For A Night Of Jams.

We go to concerts to see the artists we know and love. But the heavy-lifting that happens behind the scenes is done by the staff members that cater hand and foot to make sure each performance goes off without a hitch.

But the planning that goes into a show at the Granada Theater can take anywhere between a few days to a few months. So how does the venue’s staff prepare for a show?

Well, a band’s set-up — like Eisley’s a couple of weekends ago — can run a broad range. It could be as minimalist as a dingy bar gig, with maybe an amp stack or two, or as elaborate as an arena show.

Eisley’s performance was a mix of both. Minor technicalities were tempered by the Granada’s keen sense of professionalism. Through and through, the venue’s staff members remained poised and confident, never batting an eye at the thought of something going wrong. It never crossed their minds really. It’s just the nature of the business.

“A lot the time we’re meeting bands for the first time, so part of the job is always being confronted,” says Matt Whitman, the Granada’s monitor engineer. “You get used to problem solving, and most of the time, if you keep your cool, the audience won’t even notice.”

Eisley performed for the Granada’s annual Free Week, a week dedicated to the communal celebration of live music. Even with promoters coordinating details with the artist’s management and representatives, The Granada’s role largely remained the same as its staff essentially served as Eisley’s nervous system.

Granada head audio engineer Heath Gage says that maintaining a consistent line of communication is where a solid show starts and ends.

“Before anything, it’s important to know what questions to ask the bands when they walk through the door,” Gage says. “Conversation just happens right off the bat. We know we have to come up with a plan that needs to be executed by a certain time.”

So here’s how that works when a band like Eisley plays the Granada.

The morning of any Granada concert, production coordinator and head of security Wes McIntyre is typically one of the first people in the building. He begins the morning with an inspection of the venue to make sure everything is nice and tidy for the talent. It only helps that the family-centric Eisley happens to be a Granada veteran.

“We’ve performed here four times,” says bassist Garron DuPree. “We play a lot of venues, but what’s cool about the Granada is its set-up; it’s awesome.”

Adds vocalist and guitarist Sherri Dupree: “The atmosphere really does help your mindset when you’re playing. Everyone is really nice here, too. It helps not to be a dick.”

That, and the Granada staff just knows what it’s doing. Both wouldn’t be too much of a surprise.

“I’m just here to make sure everything stays safe,” McIntyre says. “I’m sort of like a liaison to the band. During the show, most of our staff is working with the band to make sure their needs are met.”

From there, stage set-up functions like a life-sized puzzle, with engineers and management working in tandem to accommodate each performance. Eisley knew what it wanted from the get-go. The band had provided Gage with a chart prior to set-up, which intuitively mapped out each audio technicality and listed all necessary details.

“Eisley’s set-up is completely self-contained, so they have their own monitor rig,” Gage says. “As far as using our equipment, it’s really easy.”

At around 2 p.m., Eisley rolls in. Their mode of transportation – a modest Ford E-150 – takes up a small corner next to the back doors. The Granada staff swiftly puts on its game face. For Eisley, the venue employed four or so stage hands to help unload the trucks and set up the stage. That same group will reconvene at the end of the concert to break down the gear and repack. Rinse and repeat. Sound check soon follows.

The show is set to kick off with two openers that night, followed by a 90-minute set from Eisley at 10:20 p.m. During sound check, operations mostly center on sound mixing. Show time is 7 p.m., leaving more than enough time to accommodate Eisley’s needs.

And this is due in part to the Granada’s exceptionally flexible infrastructure, which helps welcome a diverse assortment of shows. This probably explains why buzzed about artists like Of Montreal, OK GO and Sleigh Bells have all performed here numerous times.

But sound check isn’t always smooth sailing. This was Eisley’s first performance in quite some time, Gage says. Though, it wasn’t entirely obvious. Eisley had acquired a new analogue console, which had to be modulated in accordance with the Granada’s audio equipment.

The Granada has its own console on stage, which basically sends a left and right signal to a patch in the back, which is a piece of software designed to update a computer program or its supporting data to improve durability and performance. The patch is then fed to the soundboard console where it is mixed entirely from an iPad. Pretty cool, huh? This might sound like a bunch of tech jargon, but for the Granada staff, it’s easy breezy. And that deep attention to detail is where the Granada truly shines.

“My board is what is up on the sound booth in front of the house,” Whitman says. “It controls everything the musicians hear, and the board in front controls what the audience hears. This is all analogue, and when dealing with analogue, it can be a pretty massive beast.”

Eisley came in with digital snakes — a large bundle of copper wires. There were analogue elements, but as far as managing multiple bands, the transfer of audio from one place to another is completely digital. Despite the analogue-digital dichotomy, the two can intermingle with ease. Whitman assures it won’t compromise sound quality.

While the theater’s tech is surely impressive, it’s impossible not to notice an interior aesthetic that resembles an elegant Greek palace fashioned by the gods themselves. The interior décor designed by the artists who worked on Los Angeles’ revered Grauman’s Chinese Theater pulls influence from ancient Greek mythology with grand murals scaling across the venue’s walls, depicting heavenly imagery.

The stage itself stretches 25 feet wide and 15 feet high. The top is rigged with metal scaffolding that suspends the venue’s lights. During sound check, the Granada’s light board operator, Bob Levingston, bops his head along. His rhythmic and focused approach matches the ambience of the music with laser-sharp precision.

“I usually get some notes from the artist, but I’m mostly allowed to do whatever I want,” Levingston says. “There’s planning that goes into which color palettes to use, but for the most part we call it ‘busking.’ That’s when we have a bunch of lighting ideas we can put together real quick and use them whenever.”

Outside, the venue echoes the self-indulgence of Golden Era Hollywood. The exterior’s pointed corners and bold marquee sign injects a vibe that feels both nostalgic and timeless.

Now just a few hours before doors, a sizable crowed is lined-up around the corner. One attendant named Emily is seated under the Granada’s neon-lit awning. She had been waiting in line for a few hours. Her excitement was infectious.

“I’ve been seeing Eisley for about seven years,” Emily says. “It’s a perfect venue for them. I like that the set-up has tiered landings. I feel with that, because so many more people can get a good visual of the band. It’s a really good size and the staff is always friendly.”

It’s now 5 p.m. The action is really starting to kick in. In the off hours leading up to doors, which were set to open at 7 that night, The Granada team indulged in something they like to call a “Family Meal,” a big potluck shared between staff members.

“This is the calm before the storm,” Levingston says.

Meanwhile, the remaining venue staff, charged with providing guest amenities, familiarizes itself with the night’s demographic.

“We’re going to bring in around 1,000,” says venue manager Just Gee. Gee, now with the Granada for 12-years, assures that it would be a relatively easy night.
“We’ll make adjustments accordingly.”

The night is now taking shape by the time Eisley wraps up its sound check at 6 p.m. The security staff begin setting up chairs, while the bartenders and kitchen workers begin lining up drinks and bottles. The venue’s kitchen is brightly-lit and bustling. Venue reps anticipated alcohol sales would be significantly higher this day, despite competing vendors.

As all of this is unfolding, the sound and stage crew has already sunk about nine hours into prep work.

Around 7 p.m. much of the venue goes into lockdown. Supervisors gather in the main lobby for a brief meeting to go over any remaining details. They discuss what to expect during the performance. While that’s happening, the rest of the Granada’s staff shuffles in one-by-one. Supervisors continue to monitor the venue using an intricate camera system.

“We have almost 1,000 people coming in, so we try to manage the traffic as best we can,” said Gee. “We’re also monitoring the entrances. If people pile up at one entrance we can direct staff to move them down to another.”

There are no nods or acknowledgement amongst the tech crew about showtime. They just know.

“Normally we wait until the band is done sound checking, and once everyone is done bringing the pre-show music in,” Gage says. “When we bring the screens down and the music starts blasting, that’s our signal.”

The day ends for the Granada staff around 2 a.m., long after the last concert-goer has left the venue. After all is said and done, the stage crew, tired and puffy-eyed, packs away Eisley’s gear like a game of Tetris.

This is a cycle that’s due to repeat, but the Granada Theater will be ready for it. It always is.

All photos by Blake Lumley