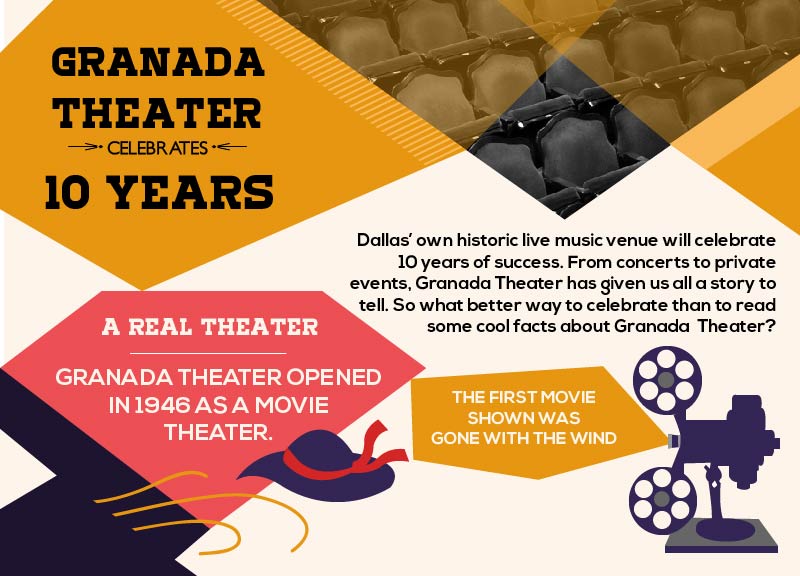 A Visual Look Back at The Granada Theater's Past Decade Under Current Ownership.

In 1946, Phil Isley built the Granada Theater as a 700-seat, first-run movie theater — a fact that, if nothing else, certainly explains some of the venue's decorative choices these days.

But those Art Deco murals on the walls that remain in place today — pieces that were designed by the same artists who also did Grauman's Chinese Theater — are certainly a part of the venue's charm. And they were clearly en vogue back when It's a Wonderful Life first hit theaters around that time.

Now, all these years later, the role of room itself has changed: The Granada eventually wound up in the hands of current owner Mike Schoder, who, in recent years, has helped mold the place into one of the country's premiere live music venues.

It took some time to get there, of course. On August 18, 2004, the Granada's current run officially began with a performance from Olospo, Schoder's favorite local band at the time. Since then, of course, the room's hosted performances from way bigger names.

Perhaps that isn't altogether surprising. Ten years, after all, is quite a long time for an identity to take shape. To put into perspective just how long ago 2004 really was, realize that, back then, Friends was still putting new episodes on the air, Napoleon Dynamite was in theaters and Kanye West had just released his debut album.

Oh, and when the Granada first opened its doors, Facebook was a six-month-old company still using its old “thefacebook” domain.

Tonight, the Granada Theater will officially celebrate its tenth anniversary with a celebratory performance from neo-hippie soulman Allen Stone. Before that, though, we've put together some Granada-centric infographics to mark the occasion. 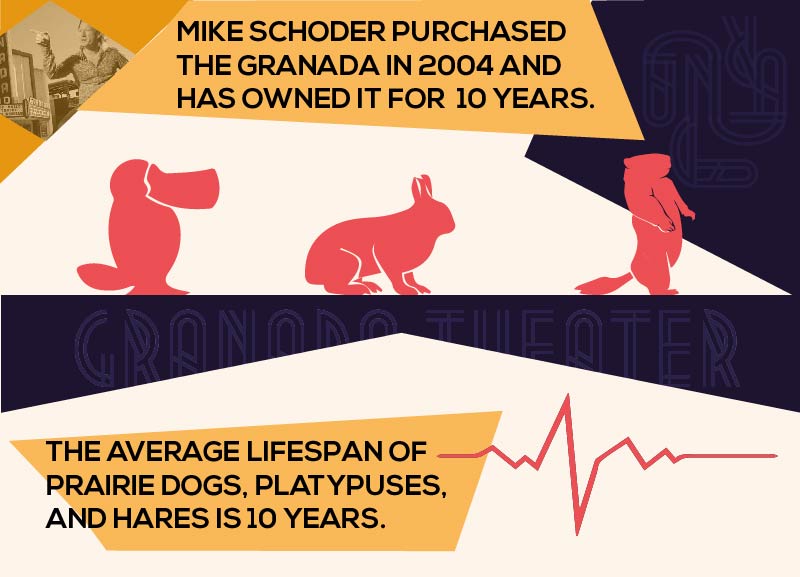 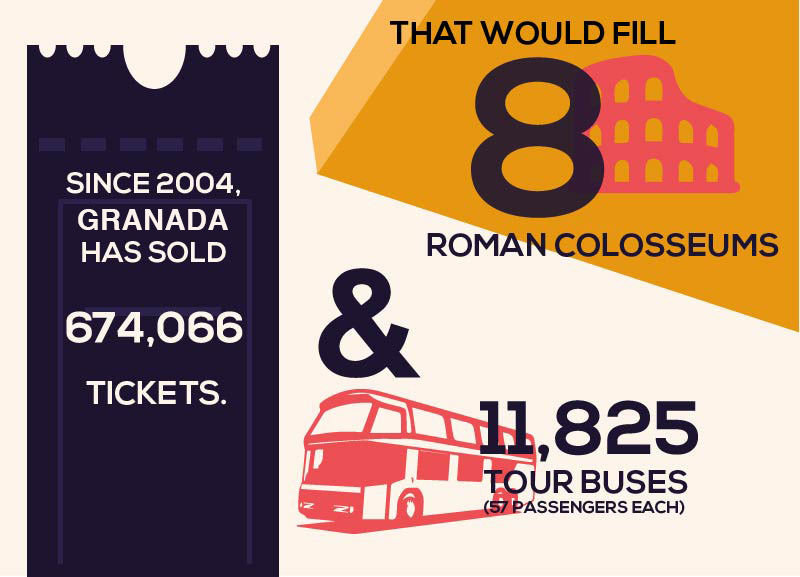 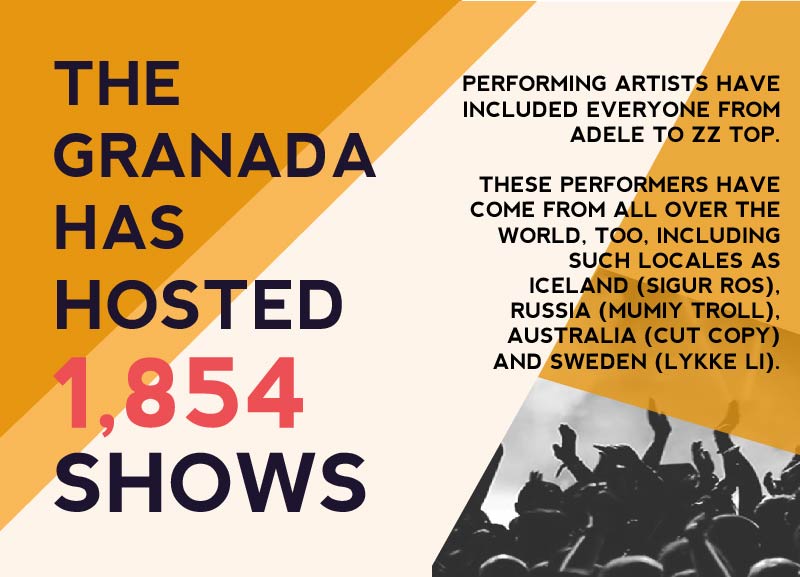 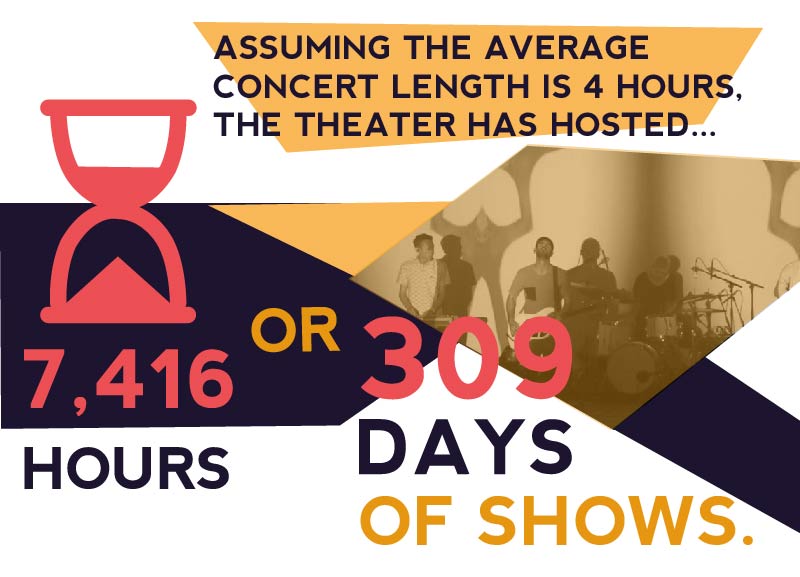