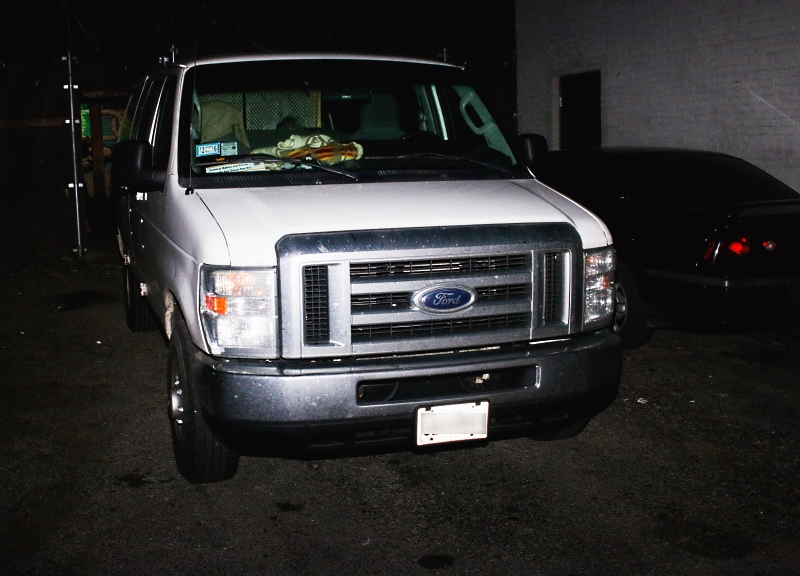 Marrow's On The Fence About Its Van.

Though they're only more recently starting to get real acclaim outside of their native Chicago, the members of the rock outfit Marrow have been at this music thing for quite a bit now. Frontman Liam Cunningham has toured with Jeff Tweedy's solo project, and the band's other lead singer, Marcie Stewart, has toured with Chance the Rapper.

Plus, with all the acclaim these twentysomethings have earned already for last year's The Gold Standard LP and its sonic exploration of suburban landscapes with just enough DIY grit, we expect they'll make an even bigger splash next time they hit Dallas.

In the meantime, we got to catch up with Cunningham at Marrow's recent Three Links gig and ask about his rules for surviving on the road, like what not to pack and how to keep your van in good condition.

How far are you into your current tour?
Liam Cunningham (Guitar/ Vocals): “Oh, we're I think two gigs away from the home stretch. I think you could call it the home stretch, meaning Kansas City, Columbia, and then we have two gigs before that. So, yeah, we're in Dallas now, and this our third gig in Texas.”

Sounds like y'all have been away from home for a little while now.
Liam: “Some more than others. Macy, the keyboardist in our band, was on a tour with her improvised jazz trio, and we met her down in New Orleans and hung out New Orleans for four days. That tour was a week, and then we started this tour, and it's two-and-a-half weeks. So she's going on a full month for her. But for the rest of us, it's just under three weeks.”

I see you're in an E350. We've taken to referring to those as the standard issue band van.
Liam: “Standard issue, uh-huh. I took the back two rows out and put in a floor, a shelf and a fence so I could load it completely all the way to the top and not have to worry about gear falling on our heads. I built it out a little bit, customized it a little. I put a rug on the bottom so we can slide gear in and out easily. So, yeah, that's what's taking us around the country.”

How did you acquire it?
Liam: “My dad hunted it down. Or maybe my mom did. But I had just started touring right out of high school. I definitely had a few years already running everything through my parents' filter, and this van definitely fit that category. It was like, 'You're about to spend $15,000 and you're 19-years-old, I'd like to be part of this, too.'”

Has anything strange happened to the van since you've had it?
Liam: “Somebody stole a hubcap, which was weird. I've had the spare tire stolen in Chicago, just at my house. I used to park it on the street, and we made a parking pad for it that you get into from the alley, which is a little safer I think. Yeah, when I had it on the street, I had the spare tire stolen. But nothing too bad. Somebody broke our window, but everything bad that happened to it happened in Chicago. I was surprised to find out that replacing a broken window isn't as expensive as I thought it was. That was fun. I loaned it to my friends and it was a little dented, so I had to get some body work done, but that wasn't too bad either.”

I see the van's a little bit of a mess at the moment. Is that pretty much its regular state on the road?
Liam: “It's a bad omen, isn't it? But I have to call out my sister, who's tour managing us right now — and opening for us as well. She packed way too many sleeping bags and sleeping crap. We don't need half of this shit, and I load the van every night — or as it's called the 'Tetris Master.' I'm the 'Tetris Master,' and we have too much stuff, and I'm embarrassed that the one time that I'm getting interviewed about my van is when I'm not in complete control because she brought way too much crap. So I'm totally calling her out. They're also on this super-long tour, so they brought non-duffel bags, which is like a big no-no. We have four real-ass suitcases [in here], which is a big no-no. Yeah, duffel bags only please. That kind of bullshit.”

I forgot to ask: Have you given the van a name?
Liam: “Have I given it a name? Oooooh! No. The only thing I've given a name to is the first guitar that I bought with my own money, which is the SG that I play. I named it Mavis because I got the money that I eventually spent on that guitar by singing backup vocals for a Mavis Staples record. All of the money I made went directly to that. It's crazy: The exact amount of money I got paid was how much the guitar cost. But my blue guitar's name is Mavis, even though it's a Jeff Tweedy Signature, who's a friend of mine. It's a Jeff Tweedy signature guitar but the guitar's name is definitely Mavis. I also feel bad, because my friend Jeff gave me the gig but it's still getting called Mavis. It was all money she had to recoup, not money that Jeff had to recoup. Sorry, that's too business-y talk. Too industry talk. But it's all good.”

What are you favorite ways to stay sane on the road?
Liam: “Well, this tour's been almost exclusively David Bowie, for many reasons. We went back to Station to Station. What a great record that is. We listened to some new ones — Outside, I think, is from 1996. Great record. I mean, a lot of people would think it's dated production, which it kind of is, but his songs transcend production, even though a lot of his records have incredible production. He's such a strong songwriter. So we listened to a lot of that. I actually don't overuse the stereo. Like, a lot of times, if we have to drive at night… I like listening to music at night, but when I have six souls on board and I'm driving, I don't really want to zone out to something. I want to have a conversation with somebody and really get engaged. That's why it's good to have good camaraderie, because the driver can't just listen to eight hours of music to be fine. I don't care how much of a fan you are; it's just not safe, y'know? I listen to a good amount, but I also ask a lot of questions about astronomy, like, 'What is the gravitational pull of a galaxy?' I know the gravitational pull of a solar system is the sun, so the gravitational pull of the galaxy is a black hole, I guess. So just talking about crap like that. Just asking questions and then getting people — whoever the co-pilot is — to look it up on their phone and just learning crap together. But, yeah, I listen to a lot of a David Bowie. And a lot of Kendrick [Lamar]. And we're actually almost done with our next record, so we've been listening to that.”

Is there anything else you'd like to tell us about your van?
Liam: “I don't know if I'd want to add anything else about mine specifically, but about taking care of your van [in general]. It's all about fluids. Keep your fluids right and your van will last. With these Ford vans, at least, when it says 'Low Tire Pressure,' don't trust that shit. Know your vehicle. It's got to be 80 PSI in the back, 55 PSI in the front, and those 'Low Tire Pressures' will lie to you. And don't replace them — because it will cost hundreds and hundreds of dollars. Just know your vehicle. Do some homework and take care of your van. I have friends who didn't take care of their van and lost it way before I lost mine. It's not a good look. And know how big your vehicle is! You gotta be able to back it up.” 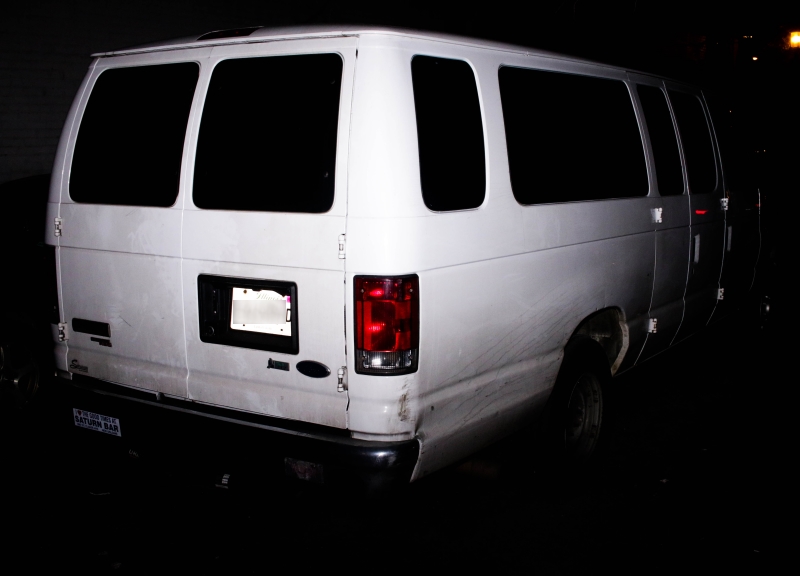 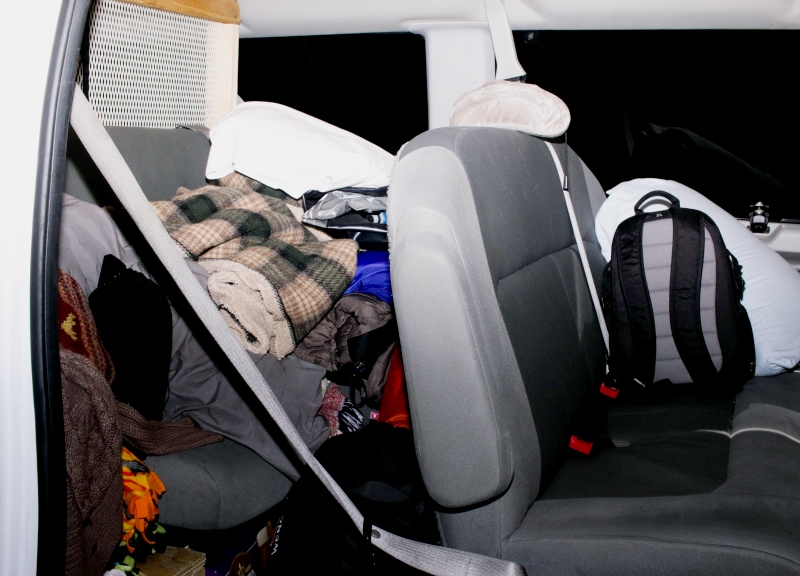 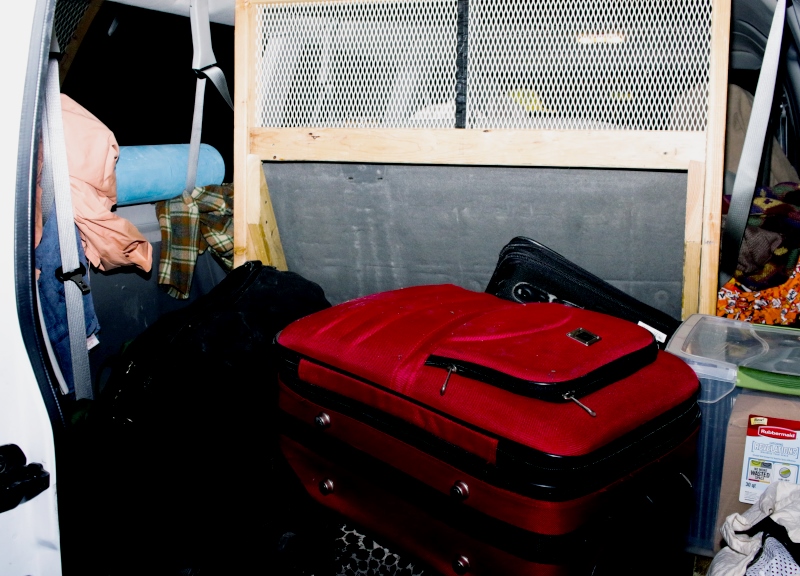 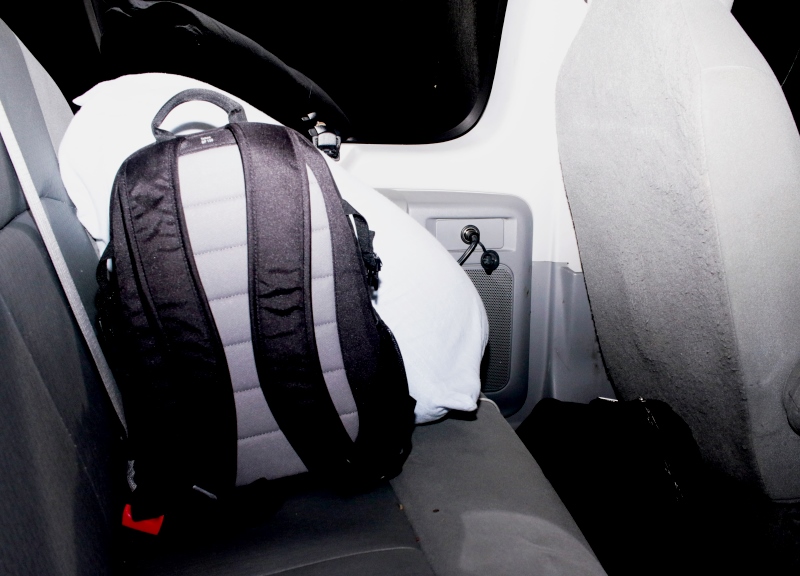 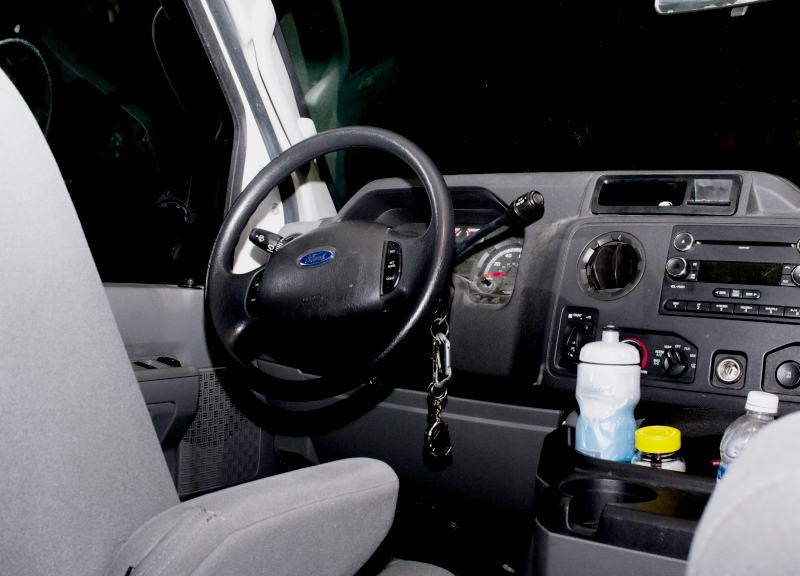 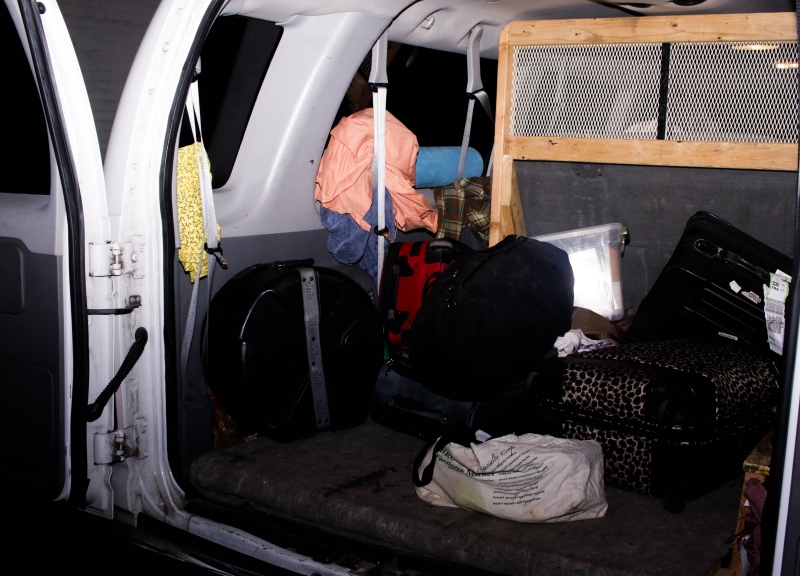 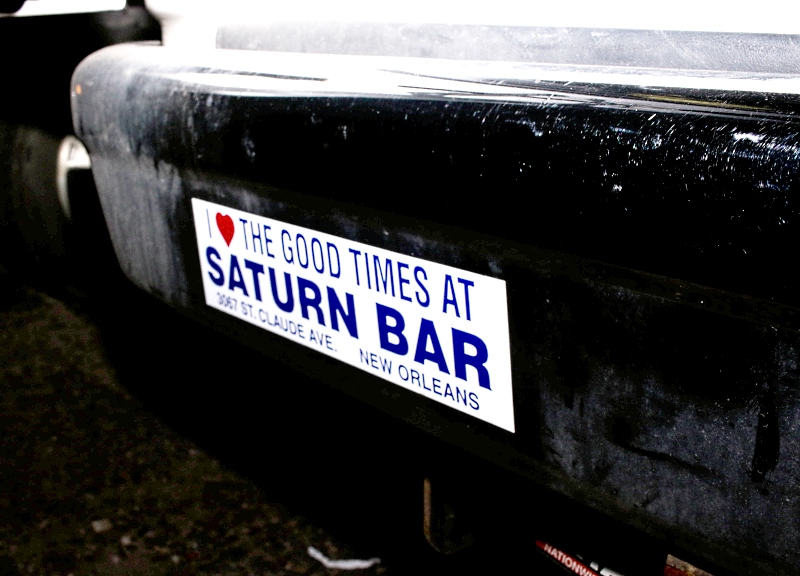 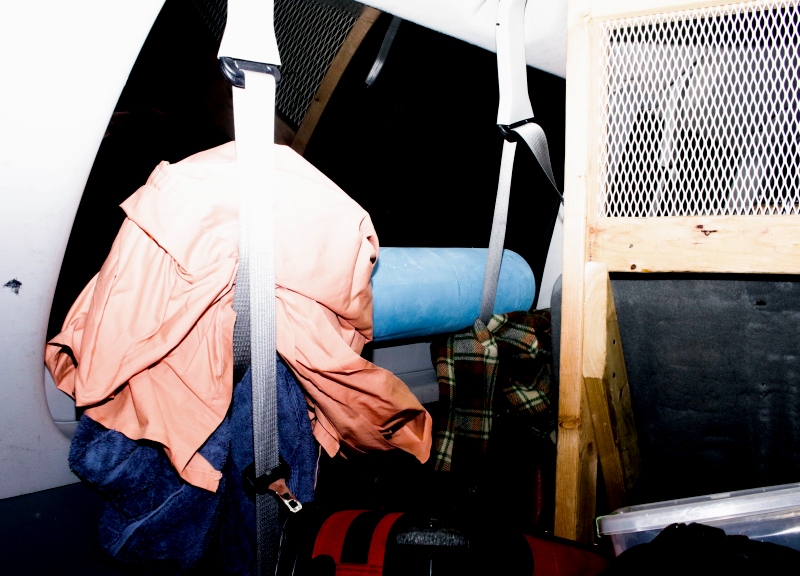 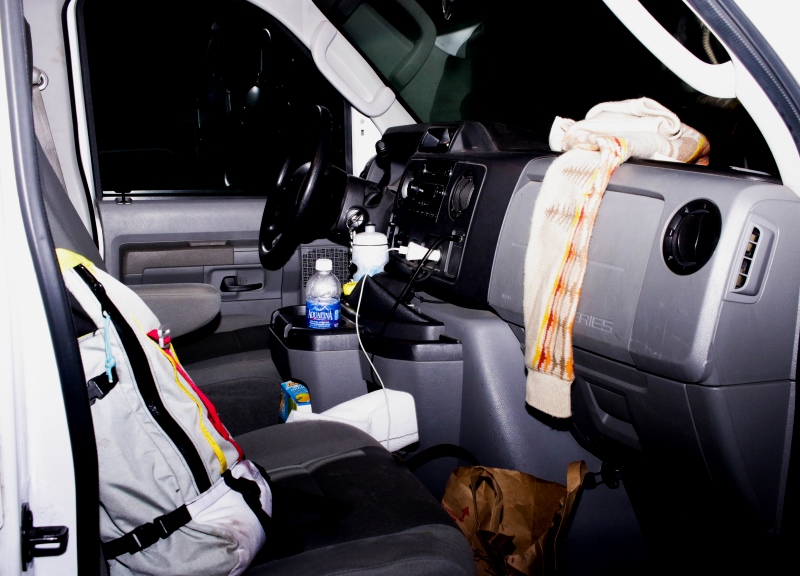 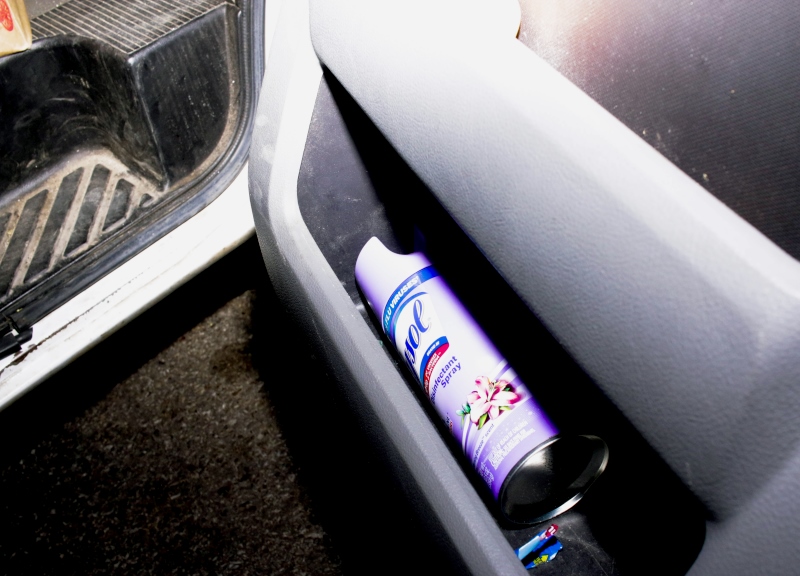 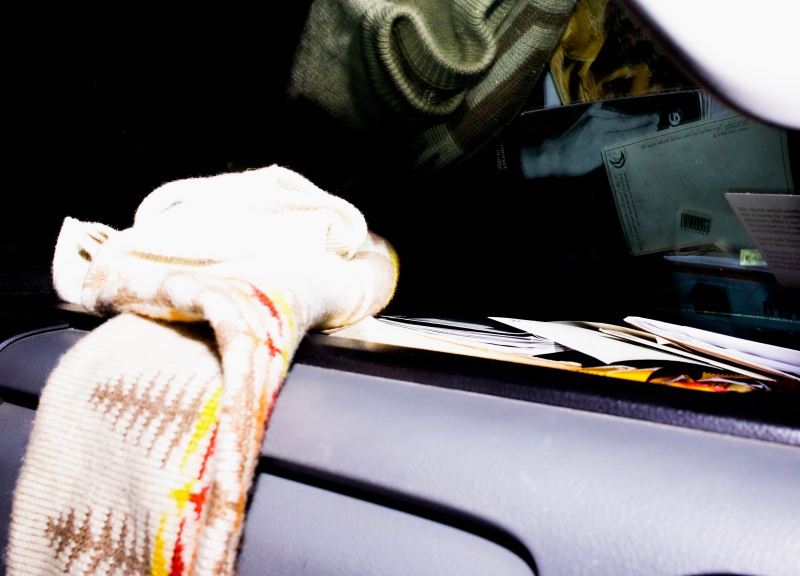 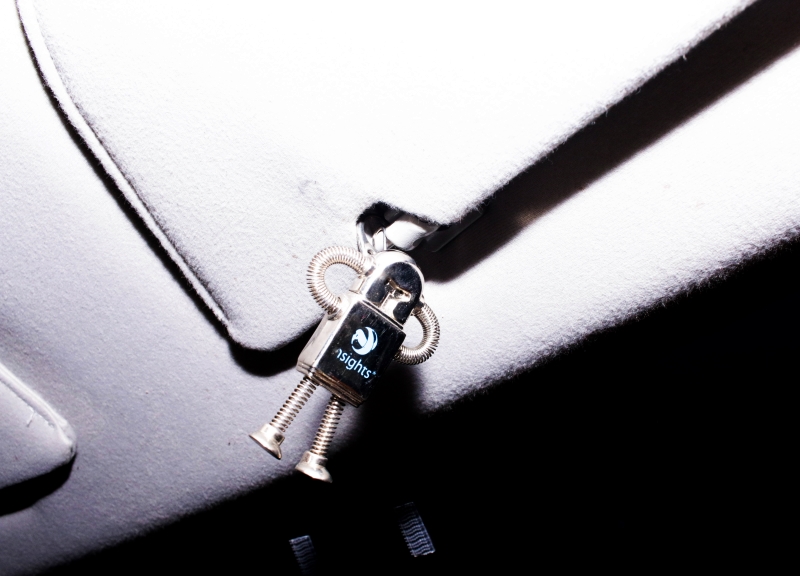 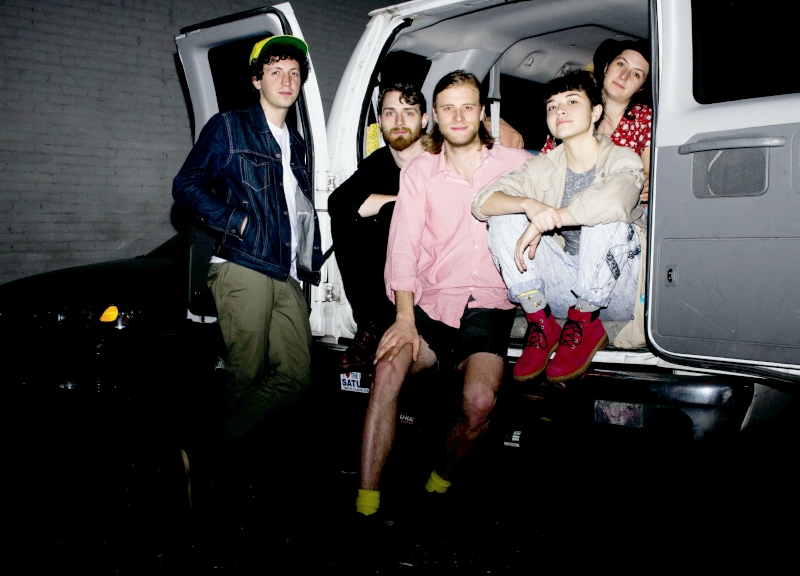