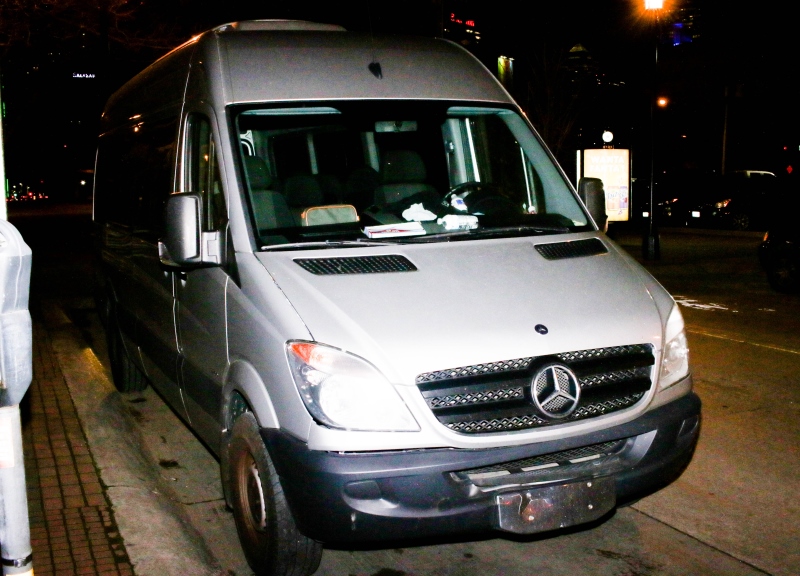 The Soft Moon's Van Is Out Of This World.

On what was supposed to be the band's biggest tour to date, things didn't go quite as planned for The Soft Moon.

Last month, the post-punk outfit flew stateside, where it was scheduled to open a bunch of dates for Killing Joke. Those shows essentially then fell apart on the flight over and, to avoid complete collapse, the band made the best of things, scheduling headlining shows of its own in smaller venues in the same cities.

And so, instead of playing a supporting role at the Granada Theater during its recent Dallas stop, the band ended up headlining Dada, with Denton expats VIDEO opening. It was a roaring time, and one that allowed us to talk to the band's primary producer/vocalist/instrumentalist Luis Vasquez about the Sprinter van he's rented the past couple of visits to America.

Unfortunately, between the time that interview took place and its publication, Soft Moon's van was broken into it during a show in the band's old hometown of Oakland. Instruments, luggage and other personal effects were senselessly taken from them. As the band vowed to continue undeterred from the tour, a crowd-funding page was set up to help the guys recover some of their stolen property.

If you can give them a hand, please do.

Band Name: The Soft Moon.
Van Name: “Ah, no I don't think we do [have one]. But I think we'll come up with one. It's only been a week into the tour, so we got awhile.”
Year/ Make/ Model: Silver Mercedes Sprinter.
Mileage: N/A.

Do you own this thing, or are you renting?
Luis Vasquez: “We're renting it.”

Who are you renting from?
Patrick (Tour Manager): “A friend of mine. I told him I needed it, and he said I could have it. There ya go.”

So you've only had it about a week or so?
Luis: “Yeah, but we've used this one in the past — a year ago, but it was in a lot worse condition back then. It's been fixed up since then.”

What all has been fixed up since you were in it last?
Luis: “One whole side of the van was kind of crushed a little bit. I think someone took too close of a corner, like against a dumpster or something, so it got all scraped. The taillight was missing, so we had a bicycle light in place for a while. We got pulled over once from a distance at night. A cop thought we were an alien, like a UFO or something. The light was purple and blinking.”

When was that?
Luis: “It was around last April, I believe. We had it for a month in April. We actually played here and had the same van. It's a lot nicer now. We're not getting pulled over as much. We got pulled over around four or five times because of the taillight and because the blinker wasn't working.”

Other than a few necessary repairs, have you done anything else to it to kind of make it your own?
Luis: “No, no customization whatsoever. It's pretty standard.”

In the time you've had it, how many miles have you put on it?
Luis: “Pat would know. We started in Athens… Let's see, I can tell you. Maybe we can calculate it. We went to Atlanta, Tampa, Miami, Gainesville, New Orleans, Houston, and now here in Dallas. I'm not sure how many miles that calculates up to…”

How do you manage to stay sane with all that time on the road?
Luis: “Sleeping. We're pretty much creatures of the night, so the only time we get to sleep is when we're in the van, and we do a lot of that. I've got to keep my immune system strong. Being able to stand up in the van is always great, too — especially when you can't stop all time on the long drives. It's nice, because we all have our own row as we're only a three-piece live. There's five of us — a sound engineer and our tour manager, too — so it's nice to have our own row.”

Let's talk about some of your previous tour vehicles. What all have you gone out in?
Luis: “A lot, actually. In the very beginning, we had an SUV that we traveled in. We've traveled in hatchbacks before. In Italy, we were doing the first Italian tour we did, and we had this tiny little orange Volkswagen van, like a Eurovan, maybe from the early '90s. That was terrible. It broke down a few times. We stood out, which I hated. It was bright orange, so every time we'd pull in, we'd get attention. We would park it next to the stage sometimes, and it would distract everyone. We wouldn't even need visuals, just park behind the stage.”

How important is keeping it clean? How messy is it in there right now?
Luis: “It's pretty clean. It's pretty cool that everyone has their own section to kind of [keep after]. We're pretty clean guys. At times, though, it does get kind of messy. But for the most part, it's pretty clean.”

Is there anything else you'd like to add about your Sprinter?
Luis: “No, just because it's so basic. I wish it had some more character. Our manager's actually planning on buying it after this tour, in cash, and then having that as our main van every time we play the states. We'll be proud owners one day, as we come out twice a year to the states.” 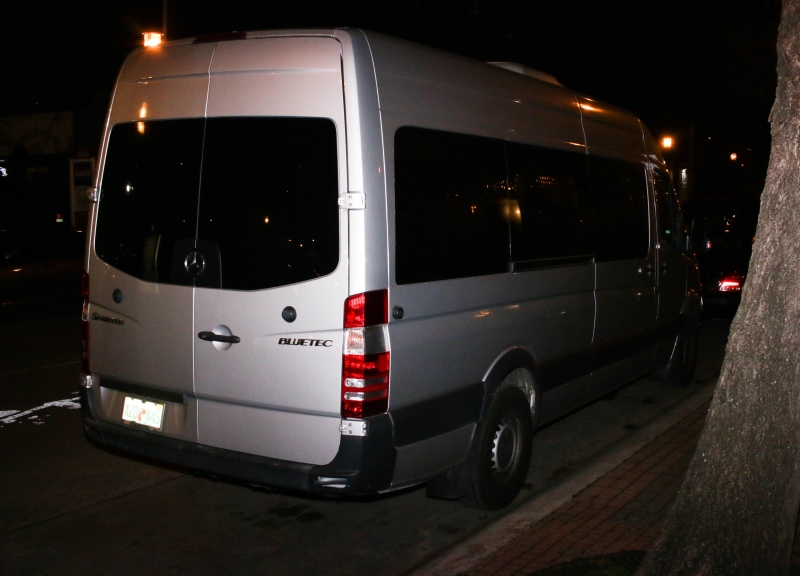 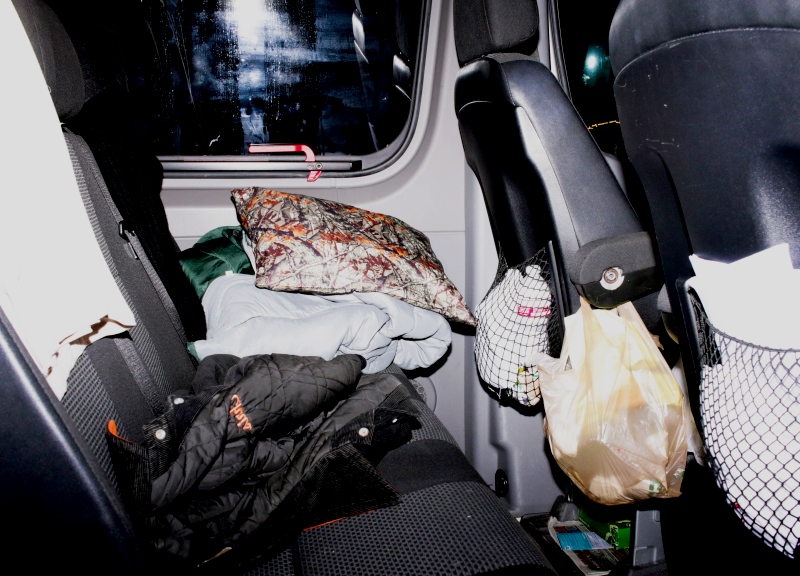 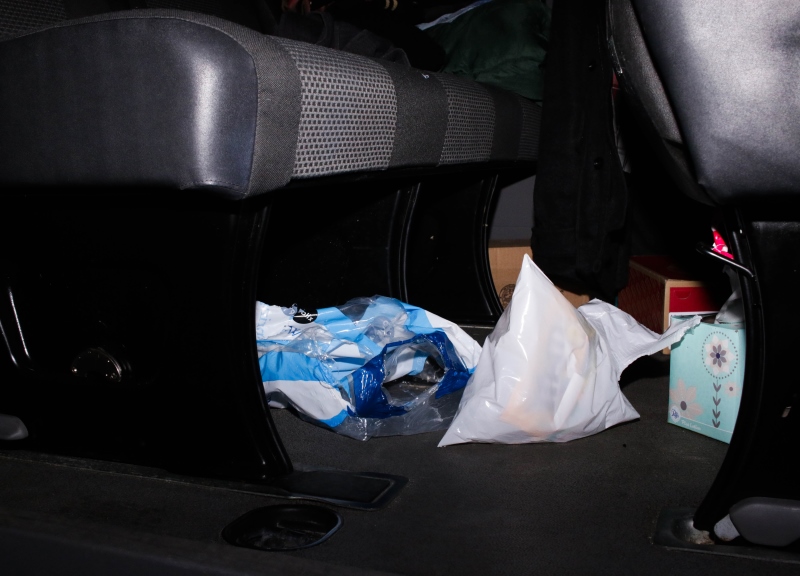 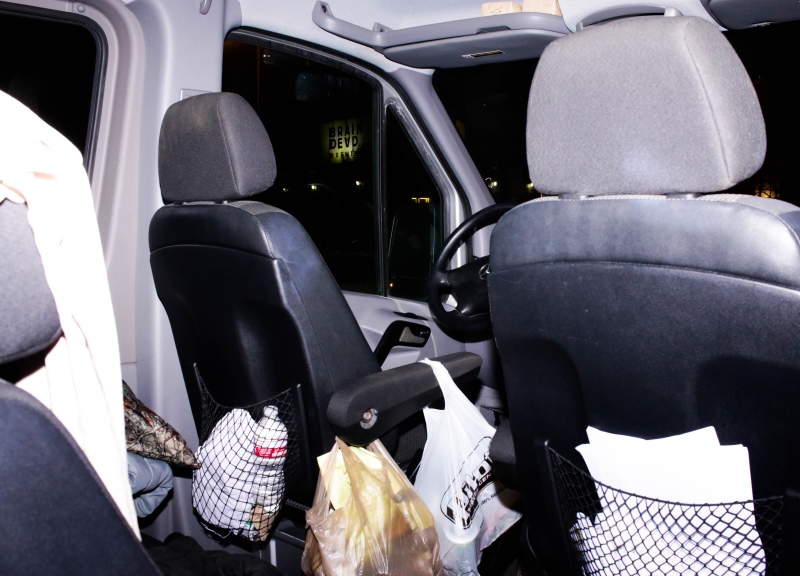 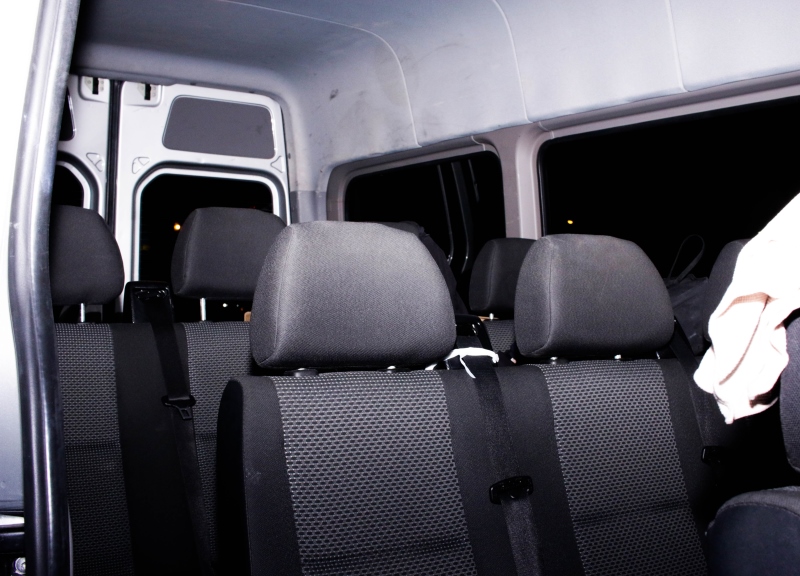 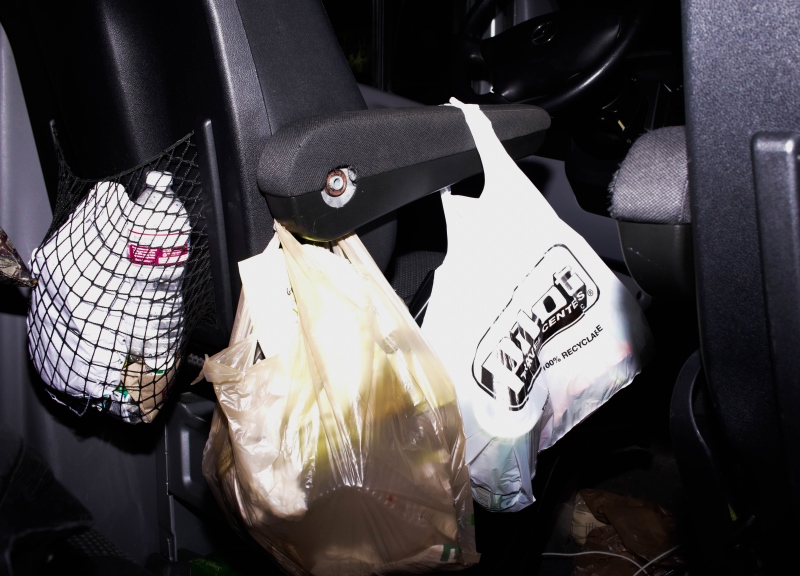 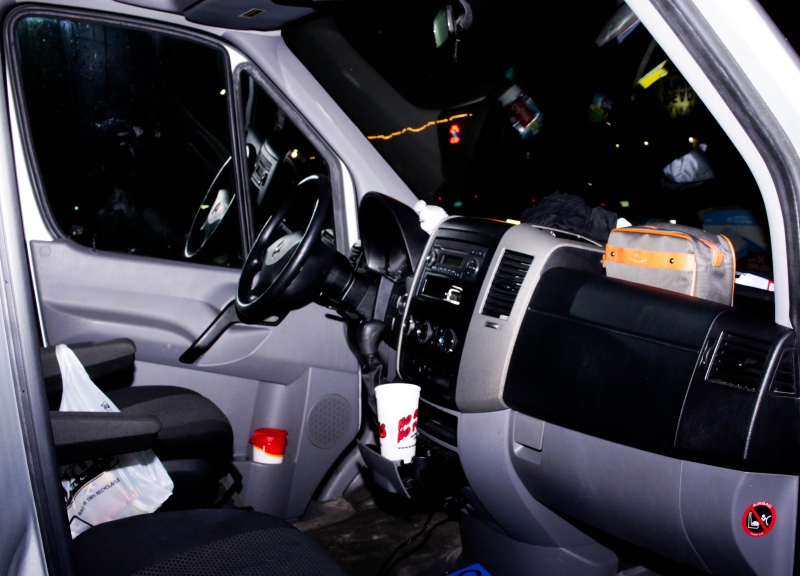 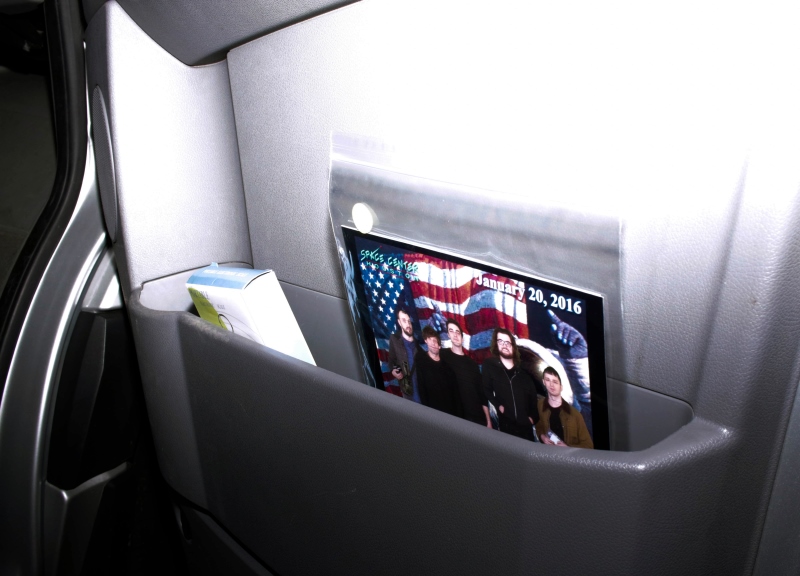 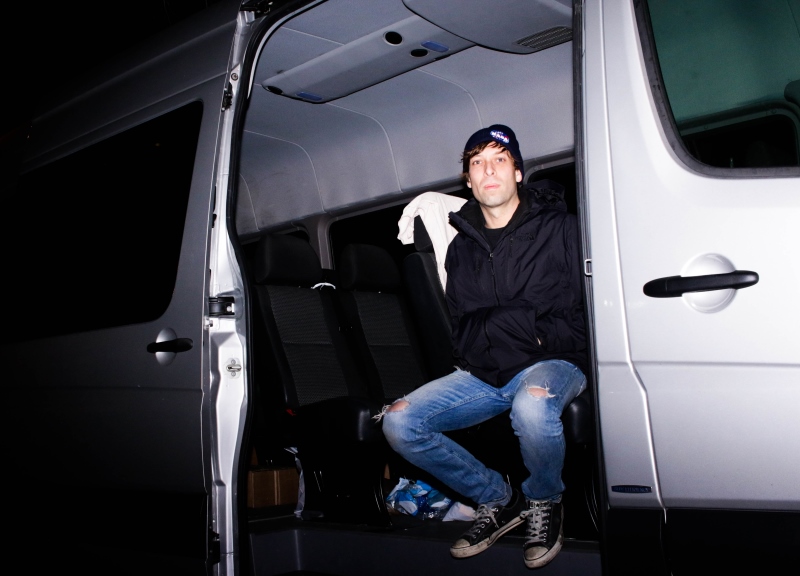