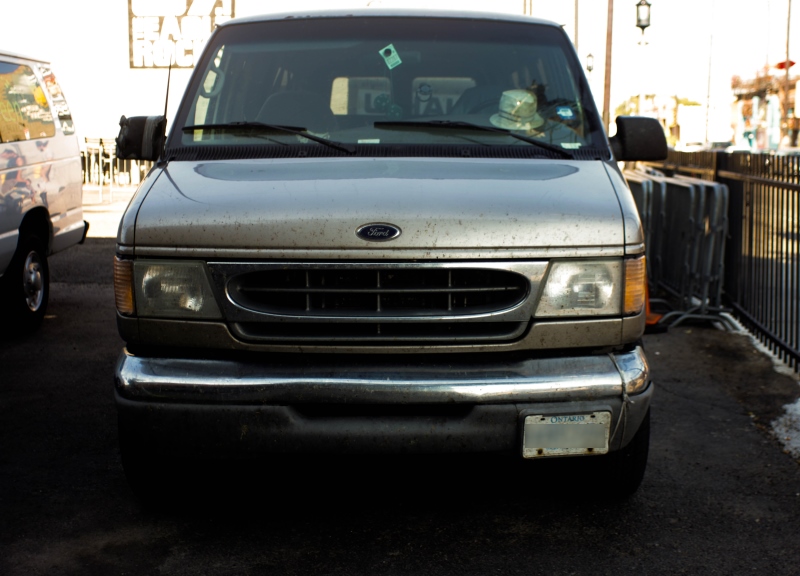 METZ's Van Is Nearing Its End.

Since signing with the renowned Sub Pop Records in 2012, Toronto noise-rock trio METZ has been touring pretty regularly — a fact that recently saw the band playing at Trees with its tourmates, Big Ups.

That was a cool show; it was the band's first swings through town where it wasn't stuck playing a beer festival or the like. As the band told us that night, it showed its members a side of Dallas that it was desperately unfamiliar with up to that point.

But that's just one of the things we spoke to METZ drummer Hayden Menzies about when we caught up with him at that show. As we do here in our Bandwagon series, we also asked him about his band's van — fitting, since he just so happens to be the owner of the band's main touring machine.

During our conversation, it quickly became apparent that METZ loves its home away from home very much, as it's the object that allows the band to really follow its dreams.

How long have you been in The Van?
Hayden: “It's a 2001. It's pretty old. It's got a lot of experience. We just recently had to start hauling a trailer with it, which is kind of a pain the ass, but it's necessary, I suppose. I think I got in 2003 or something like that, so I've had it for a long time.”

How did you acquire it?
Hayden: “I had been playing in bands for a long time and we always had really crappy jalopies — like total rust buckets. It was a necessity to get around, and it was easier that driving my parents' car when I was a teenager and stuff. So eventually I just worked a bunch of jobs, and just saved up some money, and borrowed a little money from my folks and I bought it. It's been good ever since. Knock on wood, there haven't been any major issues.”

Who usually does the driving?
Hayden: “We split it pretty evenly. All three of us drive, for safety's sake. And sometimes it's nice to just zone out and just drive.”

Has it ever broken down you?
Hayden: “It's never gotten to the point where we're stuck on the side of the road or anything. There's been stuff where it's just getting old and falls apart. The transmission, the engine and stuff is all in good shape. We baby it as much as we can. But, I mean, just the physical parts of it, we've had to get some new tires before this tour put on. New brakes and that kind of shit.”

Are there any other modifications you've made to this van?
Hayden: “On a fluke, about six months after I got it, maybe less, I had to put a new transmission in it. It was in the middle of a tour, in Saskatchewan or something, and it had to go in for some sort of transmission service. Nowadays, everything is serviced by those computer chips, so they plug it in to see what's going on. It was some sort of sensor. It was a cheap repair but when they put the pan back on, it wasn't aligned properly, so it was just kind of chewing itself to death. By the time I got back, it was just jerking all over the place and lunging forward. So I had to take it in, and it was just too far gone. I had to get a whole new transmission in it. That sucked. I thought I got some sort of lemon or bad luck. But, ever since, it's been wear and tear.”

What do you like to listen to on the road?
Hayden: “We listen to a lot of different stuff. Not a lot of heavy rock stuff. It's just we hear that night after night when we play. Yeah, you want something a bit different. A lot of podcasts — comedy and stuff like that. History sort of stuff.”

Anything specific?
Hayden: “There's this one, The History of World War II, it's been pretty in-depth. There's some comedy stuff, like Dave Chappelle stuff. Stuff like Radiolab, This American Life. Stuff like that is fun to listen to. Chris [Slorach], our bass player, recently downloaded a bunch of Sword and Scale, which all about crime true court cases and stuff like that, which is kind of interesting. Some of it is pretty gruesome and dark to hear, but it keeps your focus a little more than a song you've heard a million times. You tend to tune it out. But with someone telling a story or some sort of history of something, you have to pay a little more attention to it. It keeps you more alert.”

Do you have any favorite memories from being in this van or touring around in it?
Hayden: “This van's been a home away from home. Like, we live in this thing quite a bit. We've had some great times just driving around, the three of us. Going to shows, and as much as we tour now, it's nice to be home. But it still feels really comfortable and sort of refreshing in a weird way to get back in that familiar zone. It's been through a lot. I used to drive bands around in it and stuff like that, just doing work. I drove around Dave Mustaine from Megadeth in this. He was a weird dude. When I was in between apartments, I used to sleep in it — nothing crazy, no homelessness or anything like that. I would drive bands to their shows and just get a few bucks. I used to bring my dog. It's just a little bit too small to call it a Winnebago-type home, but that would be a dream.”

Anything else you can tell us about the van?
Hayden: “I love The Van. I will be very sad to see it go. But the time will come. I think this will be the last big tour we'll do with it — just because, like with the body, I had to get the hinges replaced before because the doors were falling off. We put a puck-lock on the back for security and such. There's even a secret kill-switch that shuts off the ignition so you can't hotwire it or anything. Little treats like that. It's a pretty integral part of what you're doing. And, when it's yours, not just a rental, it totally feels like you're a lot more comfortable in it.” 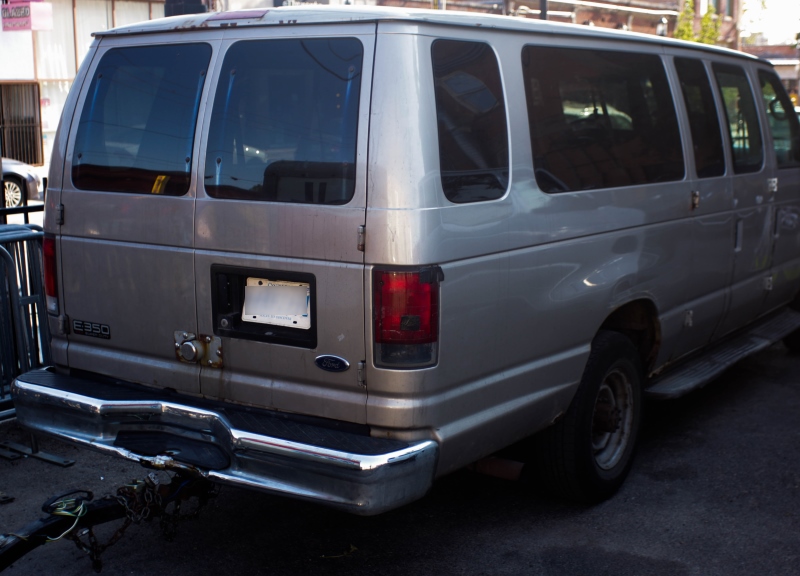 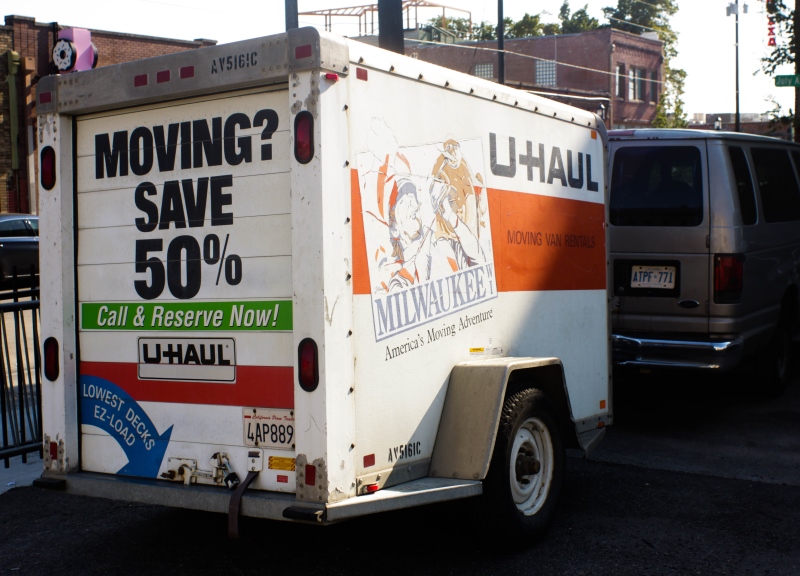 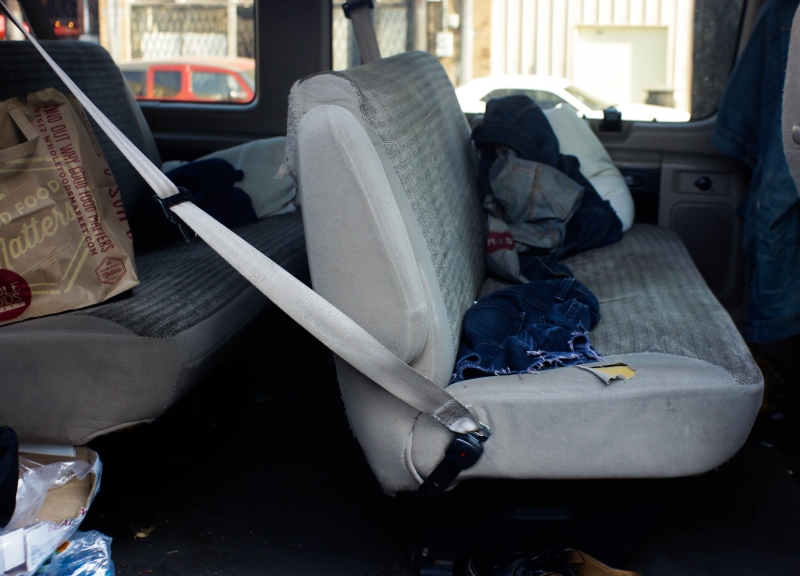 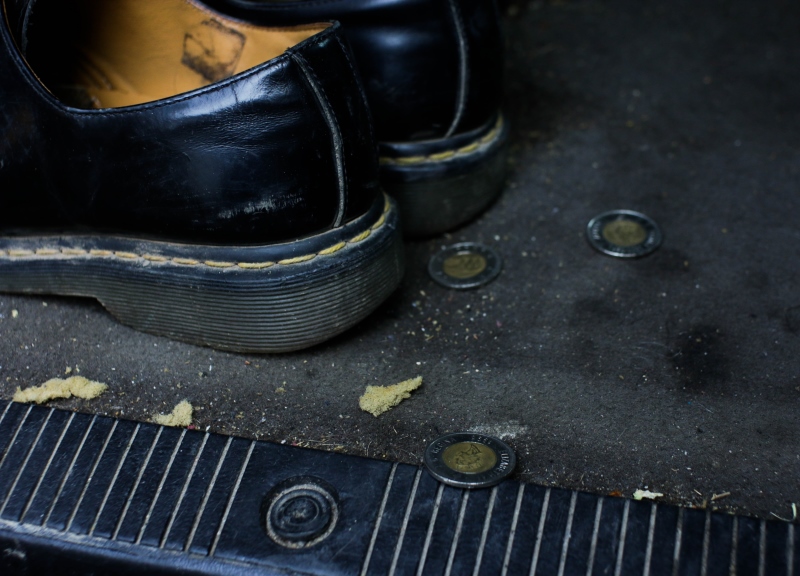 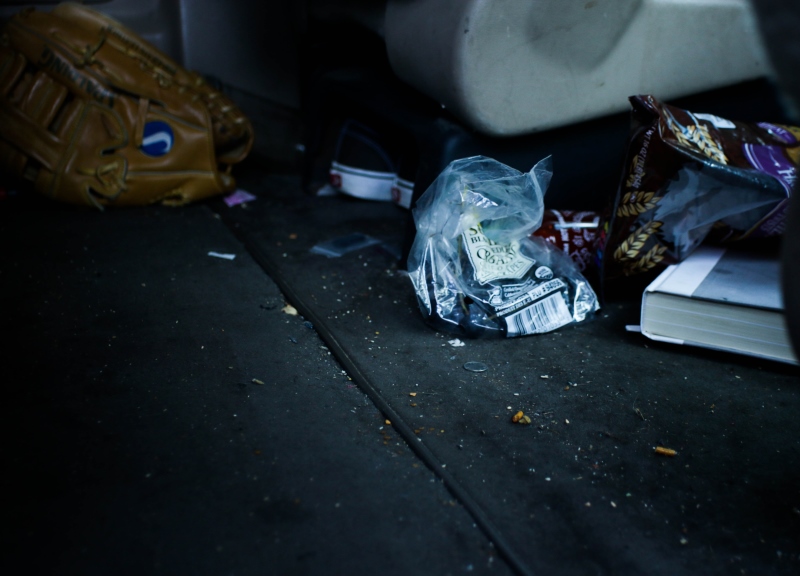 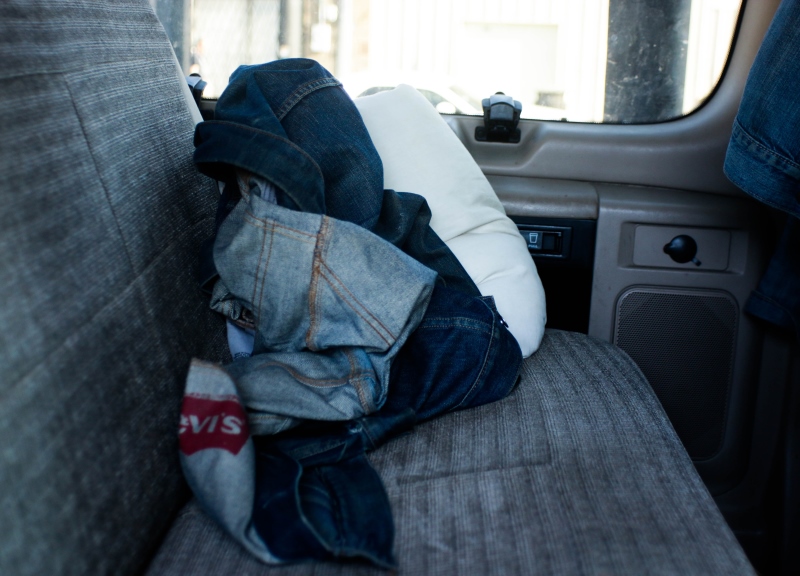 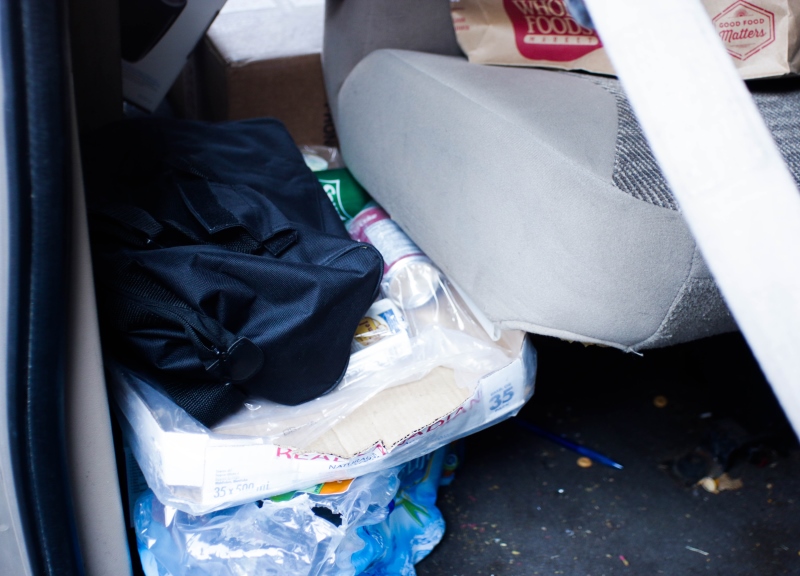 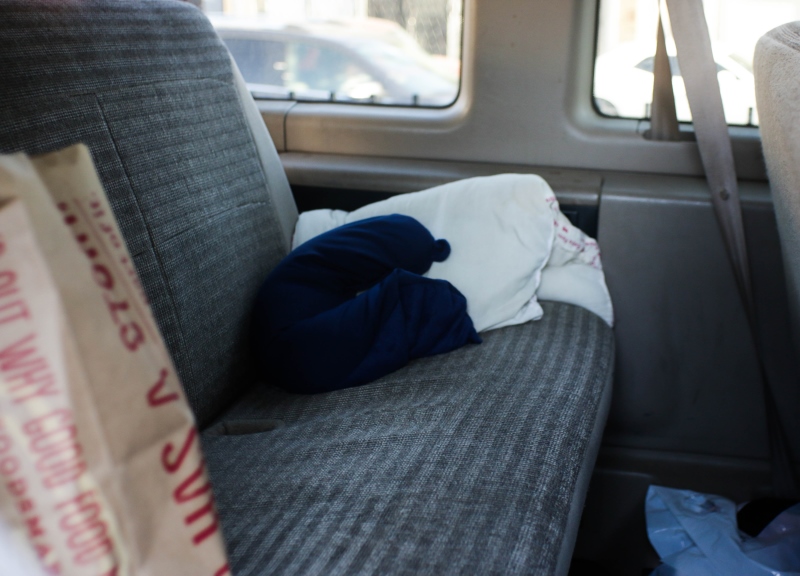 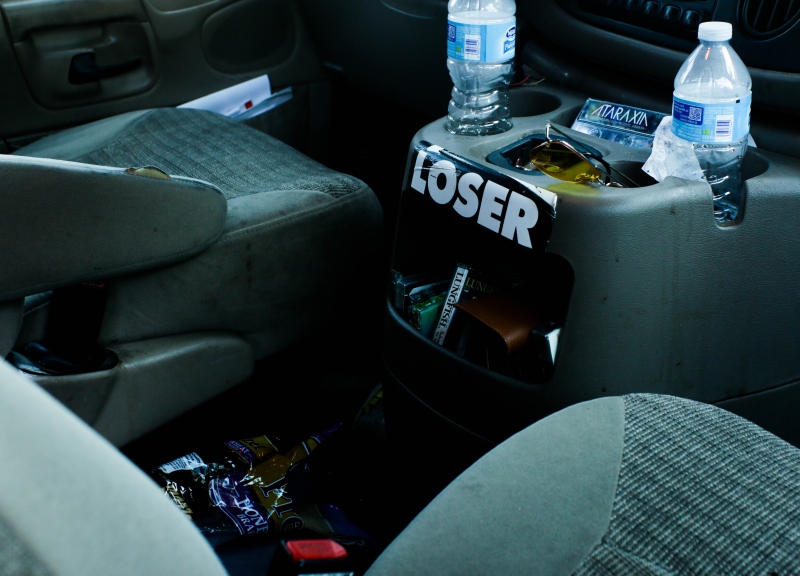 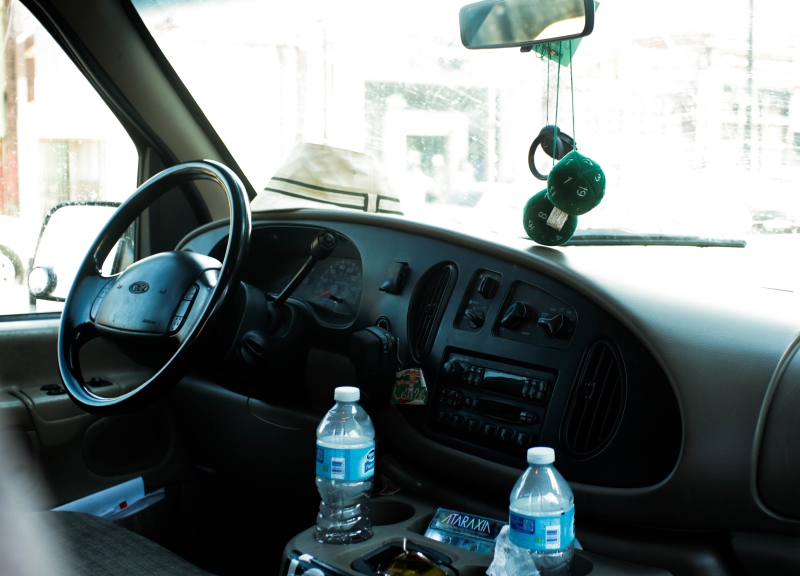 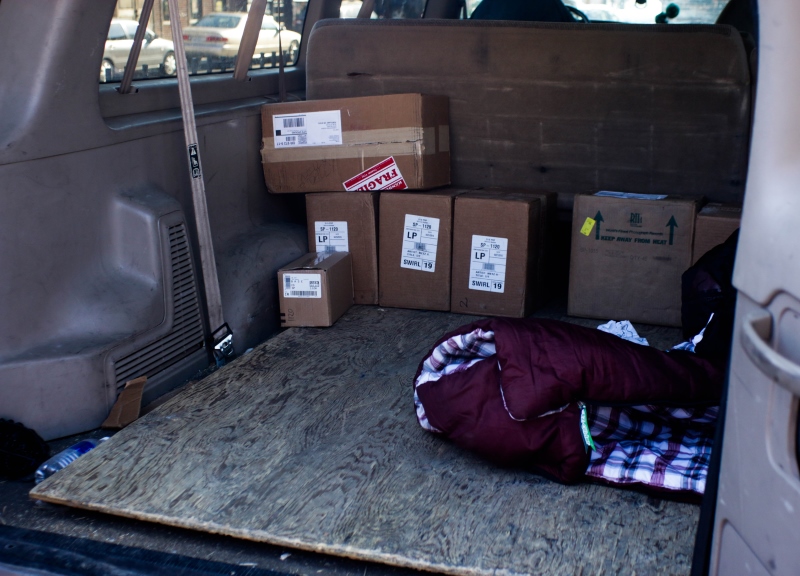 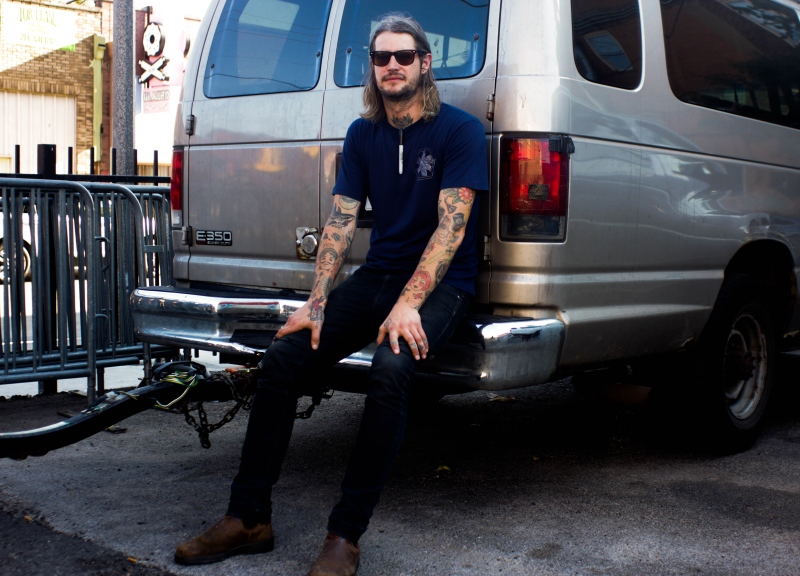