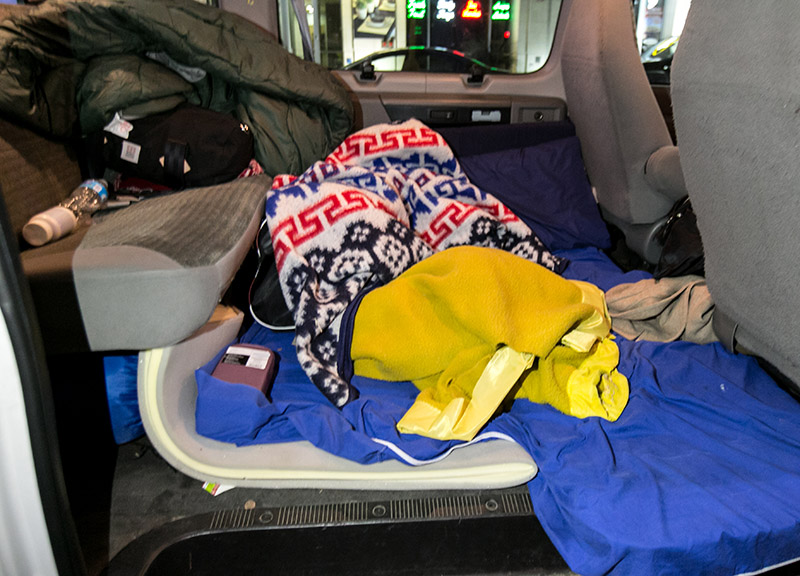 Last week, Broncho launched its national tour with a headlining set at City Tavern. Shortly after that show, the Norman, Oklahoma-based band joined up with punk rock legend Billy Idol, which makes so much sense. It's hard not to watch the band perform live without making a few inevitable comparisons to the “Rebel Yell” singer.

The band is rooted in the early era of punk rock, but their music, “Class Historian,” for example, is about as warm, fuzzy and poppy as Idol's classics like “Dancing With Myself,” but with all the credibility and street cred of a punk band.

Broncho's played plenty of Dallas in the last couple of years, but we finally caught up with them to get a glimpse of what's it's like to get back into the tour life groove and living in a van they're not all that committed to.

Does the van have a name?
Ryan Lindsey (guitar/vocals): “No, I feel like we don't want to name it because we don't want to get too attached in case it dies.”
Nathan Price (drums): “Our old van was Marshmallow Face.”

What happened to Marshmallow Face, did it die?
Nathan: “Yeah, it died.”

How did you acquire the van?
Ryan: “A friend of ours had it, and was just done using it, and wanted to get rid of it. [He was] sick of it, [and] wanted to get it off his hands.”

So, what makes this van special compared to Marshmallow Face? Ryan: “This one's pretty cozy. We've got two bedrooms set up, and we've got a lot of foam—as much foam as you can get. We're still working on the interior and are probably going to add some more foam.”

Is the foam just to lay on or does it provide some insulation, too?
Nathan: “We eventually want it everywhere so you can lay anywhere in the van.”

Have you guys made any modifications to the van other than the foam?
Ben King (bass/vocals): “We just fixed the locks.”

So you're just gliding across America?
Ryan: ” Yeah, it's like bumper boats.”

Who usually does the driving?
Nathan: “We all trade off.”
Ryan: “Nathan probably does the most of everybody.”

Do you have any breakdown stories with this van or Marshmallow Face? Ryan: “Not yet.”
Nathan: “Just break-ins; a lot of thievery.”
Ryan: “A lot of break-ins, yeah.”
Nathan: “We've been broken into, not in just this van, like four times?”
Ryan and Ben: “Four times.”
Nathan: “Breaking windows, shit like that. No gear, yet, though. We've been lucky (knocks on wood).”
Ryan: “I've had gear stolen before, though. We showed up to Chicago and we had no guitars and they were all gone. They didn't take the heavy stuff so the amps were there.”

This show in Dallas kicks off your tour. Are there any things you guys have to do to get back into tour mode?
Ryan: “Just get a couple shows done. Get on the road and get comfortable and get your space in the van set. Gotta figure out where to put stuff. It's like the first day of school.”

Is there anything else you'd like to say about the van?
Ryan: “God, just keep turning on. Keep moving. There's a couple things I'd like to say to the van. Just stay positive. It's actually a pretty positive minded van.”

Does it get down sometimes?
Ryan: “No, it's just real steady. It's just like, 'Hey, I'm still going.'”
Nathan: “We just want to stay there. Stay positive.” 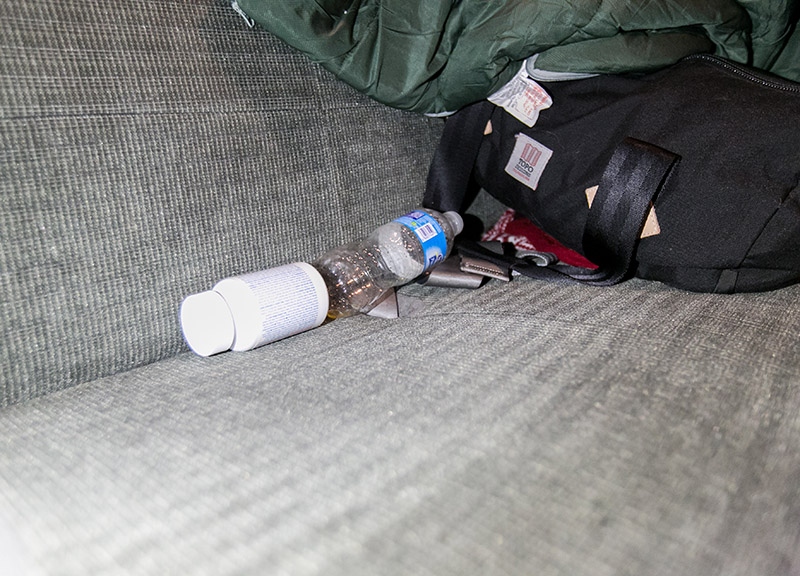 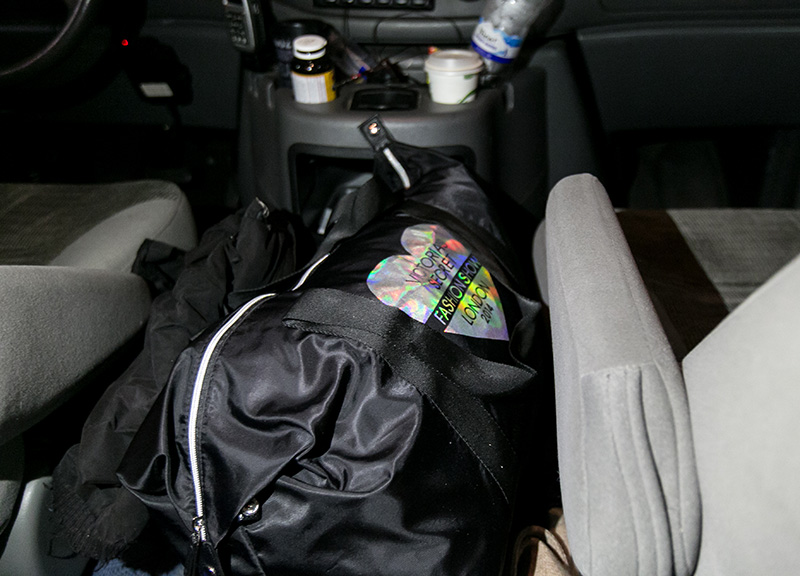 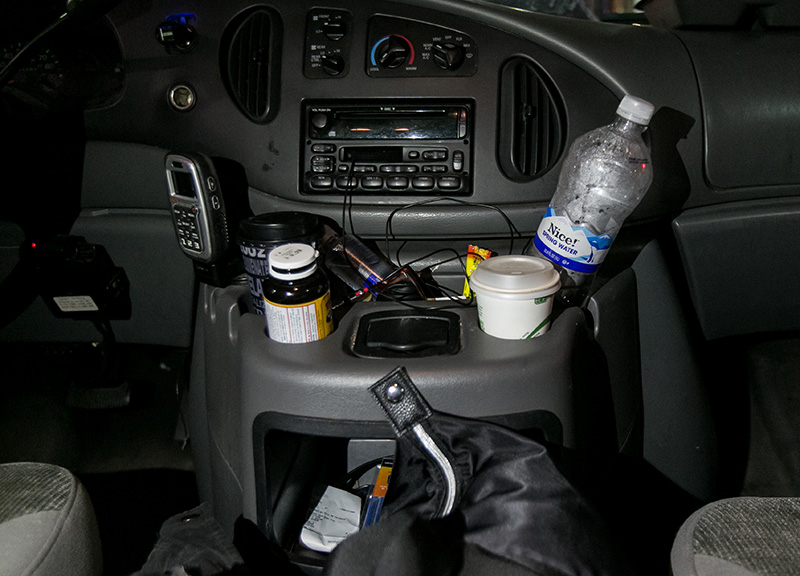 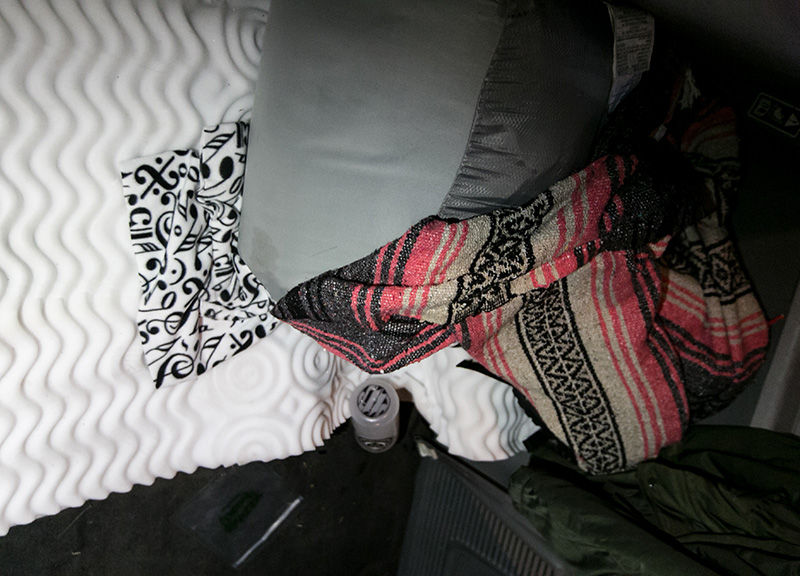 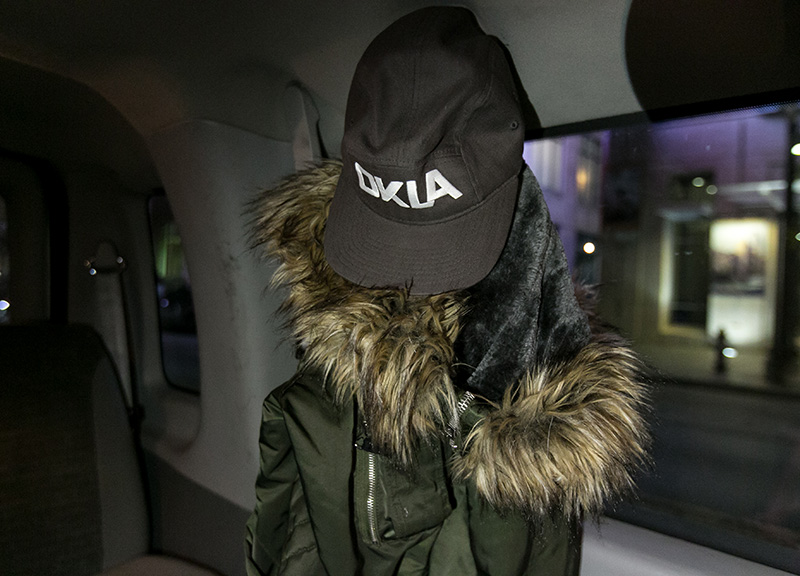 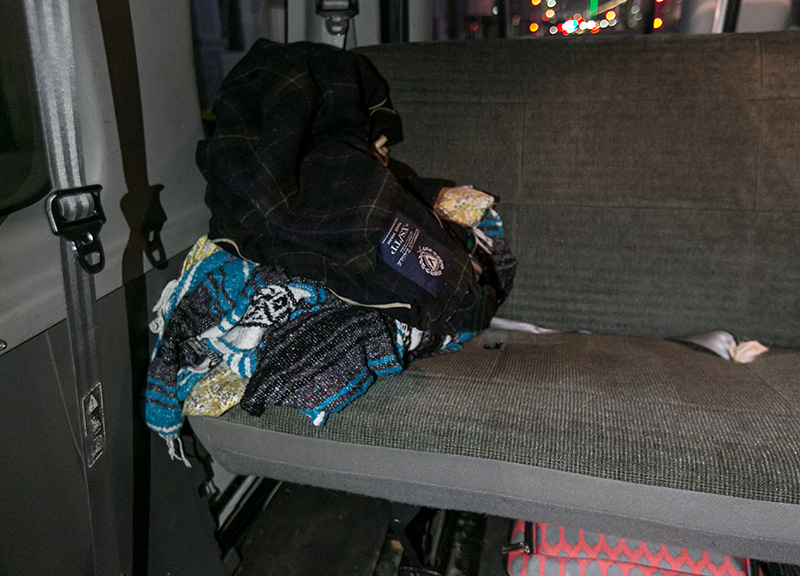 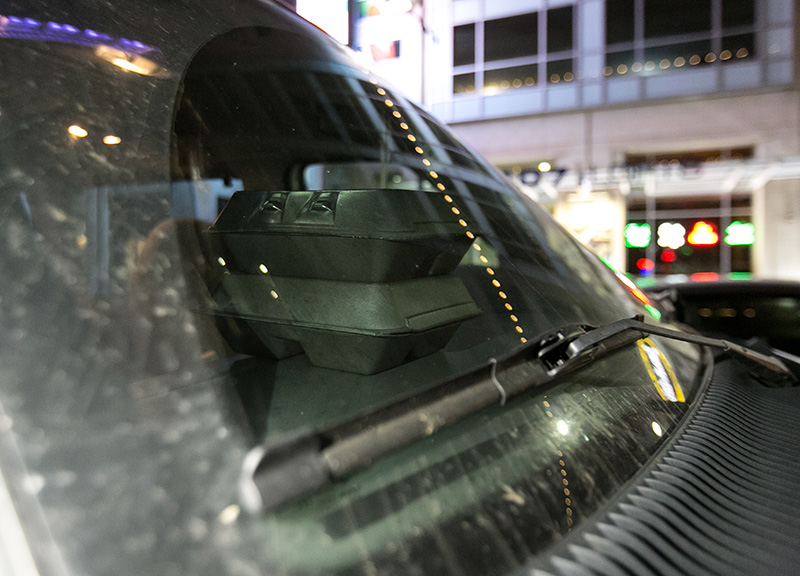 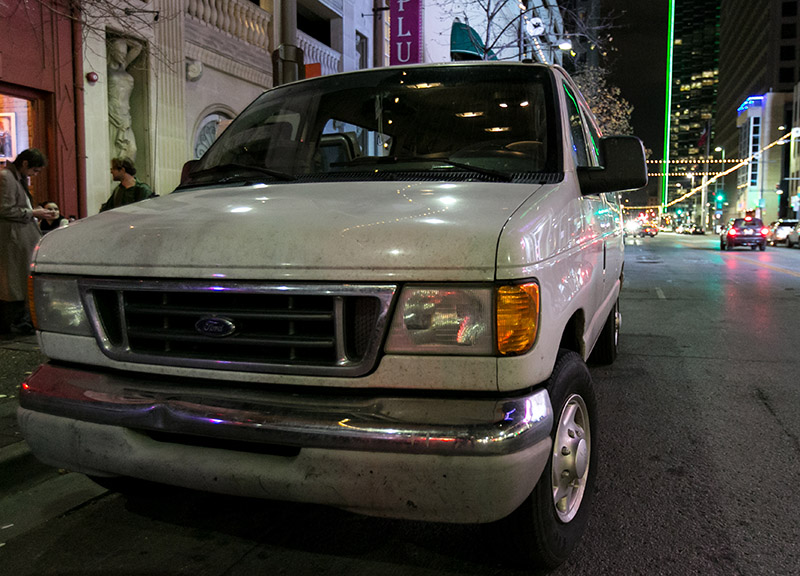 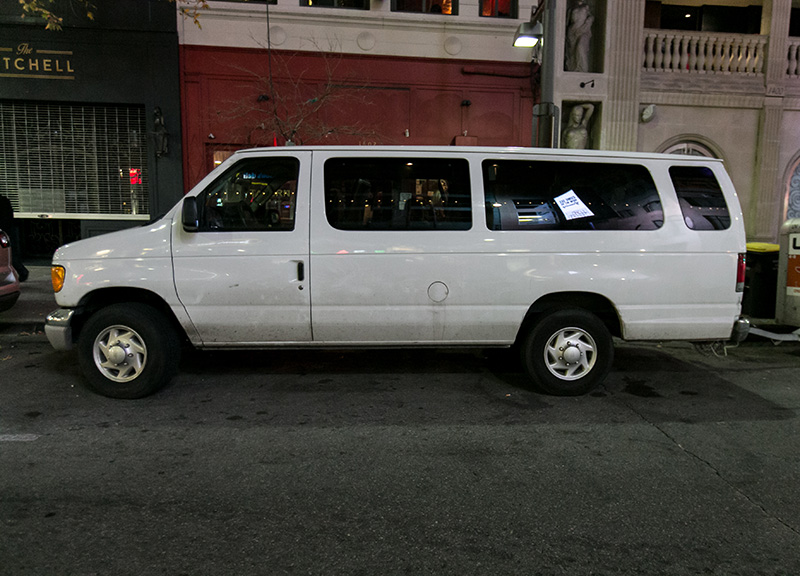 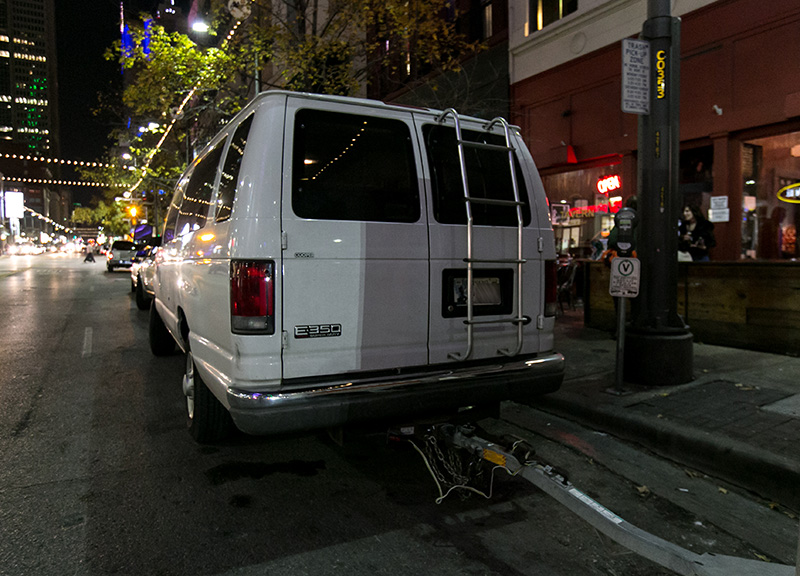 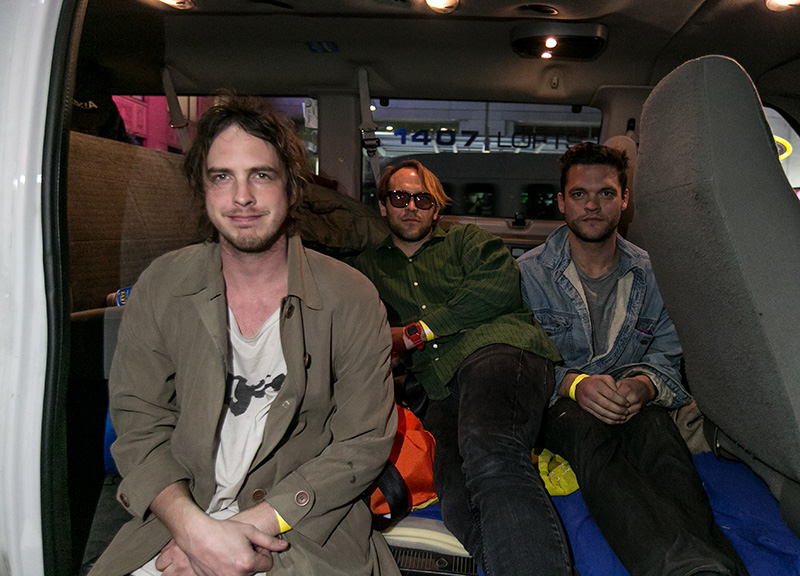