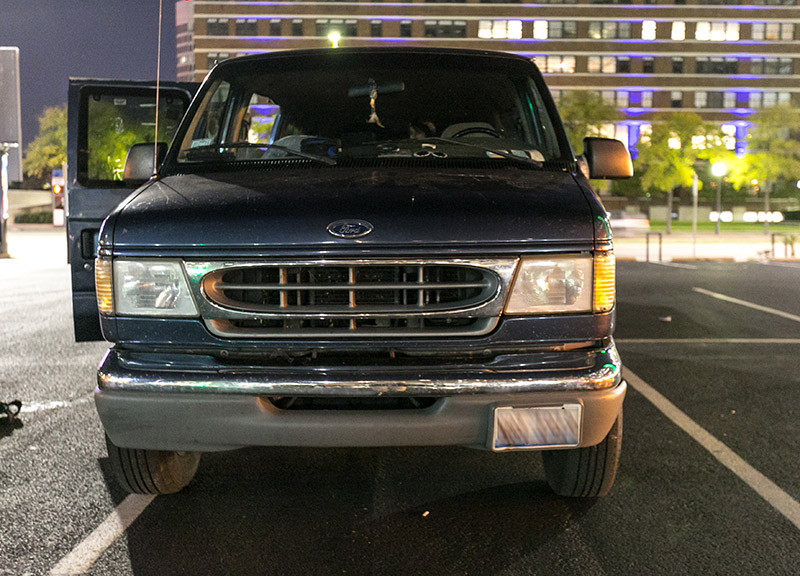 Twin Peaks — yes, like the show, but only in name — is one of those bands that can't escape praise.

It doesn't matter where these four dudes go. Acclaim is always right there, following just a few steps behind. It's happened at South By Southwest. It's happened at CMJ. Hell, it's happened whenever the band's played Dallas, even. And, since the August release of its second LP, Wild Onion, it's only been more of the same for the band, which has received love from the likes of Rolling Stone, Spin, Consequence of Sound and so many others.

It’s not surprising. These kids from Chicago, only a couple years removed from high school, make some genuine rock 'n' roll out there. Better yet, their brand of rock is so goddamn full of with youth and earnestness that it's just makes for an impossibly addicting listen — not to mention an infectious, joyous live show.

Last week, just before the band put that prowess on display during a gig at City Tavern, we caught up with drummer Connor Brodner, who owns the van that takes his band to and fro, to discuss the the trials and tribulations of graduating high school and jumping on the road with your friends.

What's the van's name?
Connor Brodner: The van has a few names. I feel like it's a different name for everybody. Some call it Vandalf, Vandalf the Blue. I call her Victoria because it's a beautiful name and she's a beautiful van.

How did you acquire the van?
Connor: I bought it from the mayor of La Porte Indiana's parents.

Wow. How did that happen?
Connor: I Craigslisted the shit out of it.

This being your first vehicle, right? What makes this van special to you?
Connor: I've been through so much with it. There's been some bad breakdowns, there's been some great times, some passionate love, some terrible fights…

Is this all within the band?
Connor: [Laughs.] Some of it. Some of it not. The best of times and the worst of times have been experienced in the van.

What kind of breakdowns have you guys been through?
Connor: Blown tires. The drive shaft shredded off one time in Milwaukee. Coolant problems — it overheats. But we've done a lot repairs on it at this point, so we're running pretty good.

What are the worst things about this van?
Connor: The A/C doesn't work. The heater works but if you're driving in the cold, no matter what, your feet will be freezing cold if they're on the floor. So you kinda have to sit on your feet.

Who usually does the driving?
Connor: Myself and [guitarist] Clay [Frankel].

Are you a little protective of the van and nervous about letting other people drive it since it's yours?
Connor: Yeah. Oh yeah. Very much. I’'e gotten better at it. I used to get really paranoid, but now I'm less paranoid about it.

What are some of the best memories in the van?
Connor: We were leaving this motel and we were in trouble for throwing sleeping bags out the window. We were trying to pull away but [the motel owner] wouldn't let us close the doors of the van, so we're all just screaming at this dude and he's screaming at us, telling us he's calling the police. But we were with our boy JT so it got to a point where we were just making fun of the dude, slowly driving away, and he's just like, “Fuck you, guys!” and finally we pulled away.

Why were you guys throwing sleeping bags out the window?
Connor: Because I had a bunch of sleeping bags and I couldn't carry them down, so I just opened the window and threw em out and then Clay caught them and put em in the van.

What kind of music do you guys listen to in the van?
Connor: We've got a stereo that only plays CDs.

You sound so sad about that.
Connor: Well, dude, we've got some CDs that have been played so many times and people want certain CDs and some don't work, some of em are scratched. So it's a lot of Natural Child right now.

What are some modifications you guys have made to the van?
Connor: Well, we put two new seats in. But not much, dude. There's beer soaked in so deep into everything. If it's too hot, it really smells bad. But in the winter, it's fine because it kinda kills all the mold that's growing.

I don't think that it's killing it…
Connor: [Laughs.] Well, it sleeps. It's hibernating. There's some stickers of shows and stuff. We got Deanna Deadly right here. “Wash Hands Before Returning to Work” is one of the rules.

So since you bought this right out of high school, was it weird to graduate and then just jump right on the road and start touring?
Connor: No! It was awesome. It was everything we all wanted. And, actually, we got 30 minutes outside of Chicago and we blew a tire. So that was a great start to our rock 'n' roll careers.

Is there anything else you'd like to say about the van?
Connor: She's a beaut. She’s a goddamn beaut. I'm coming to terms with the fact that she's not gonna live forever. I think it’s gonna help me deal with death in life. 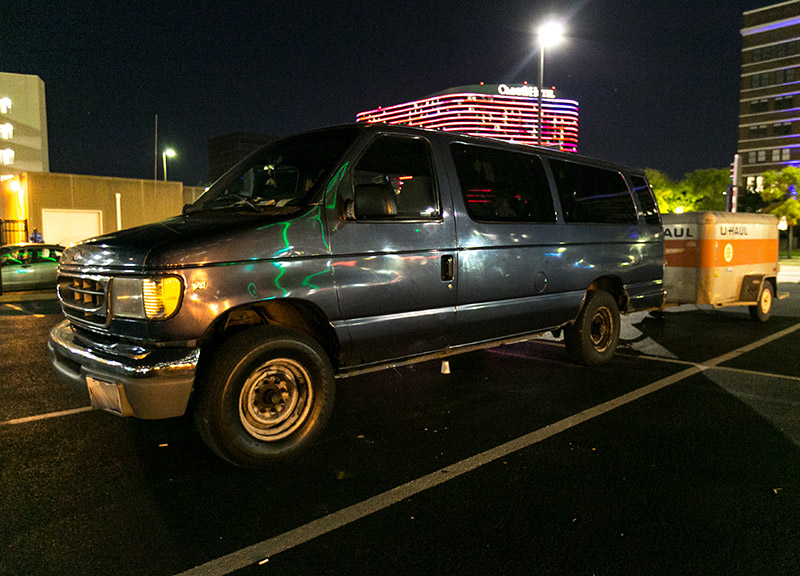 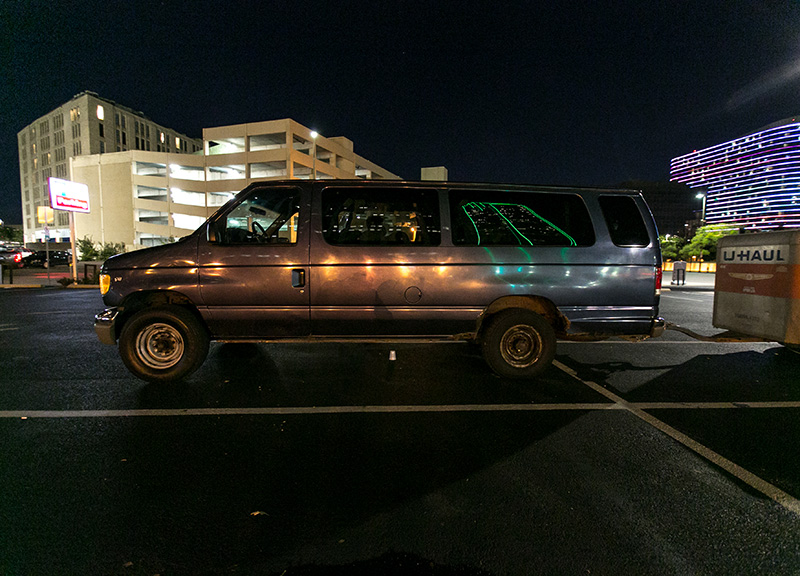 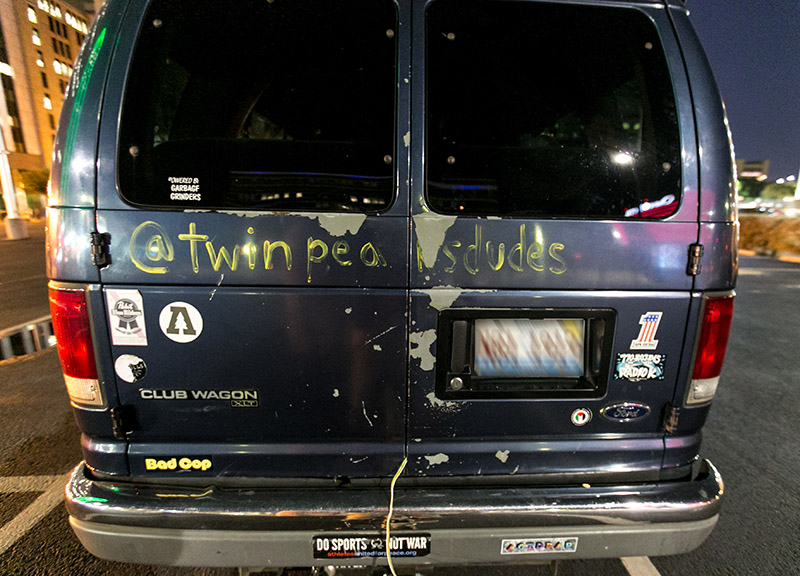 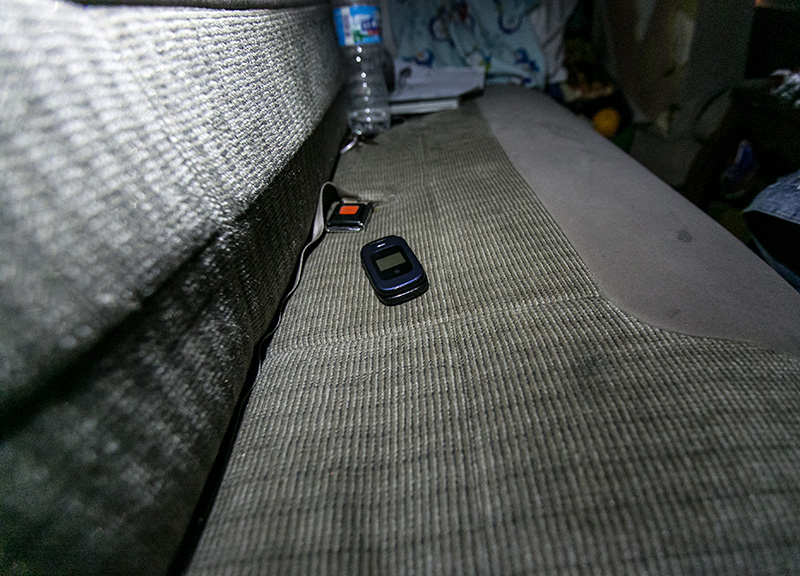 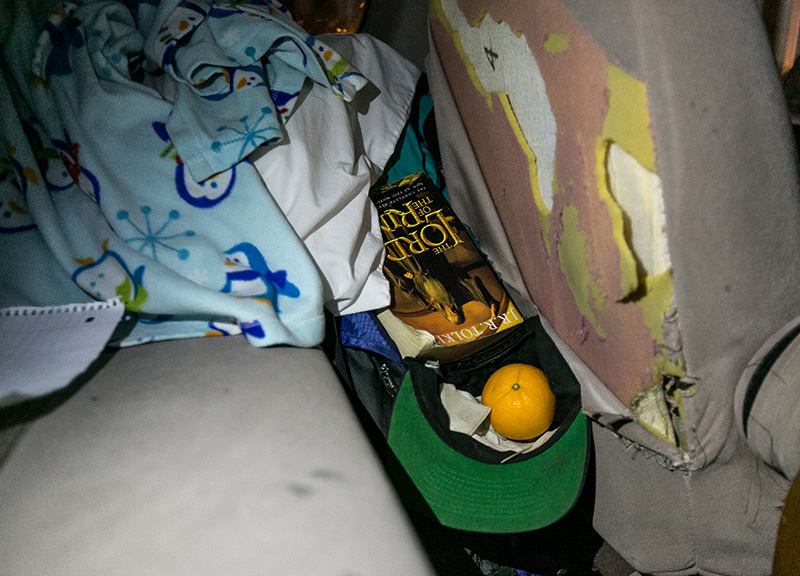 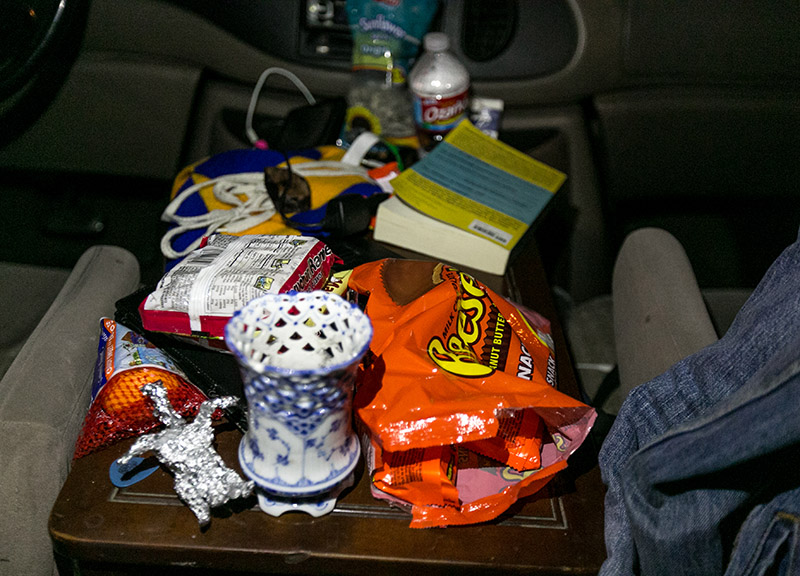 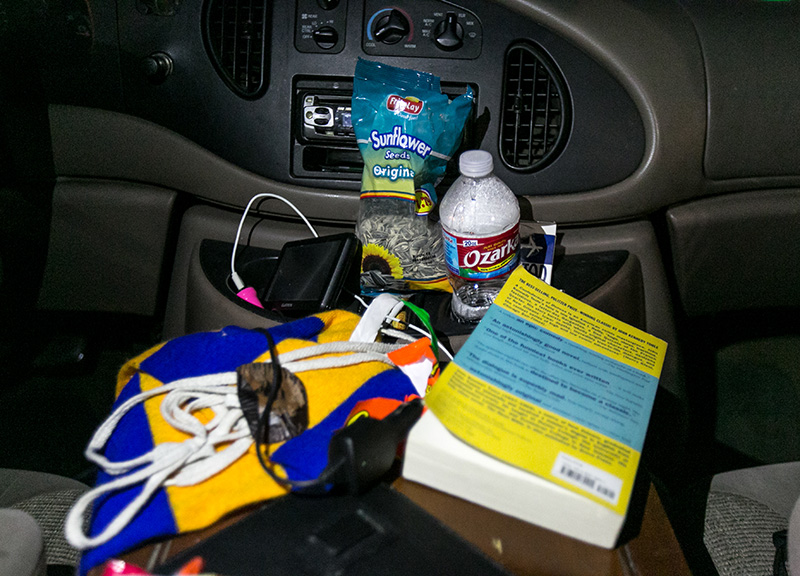 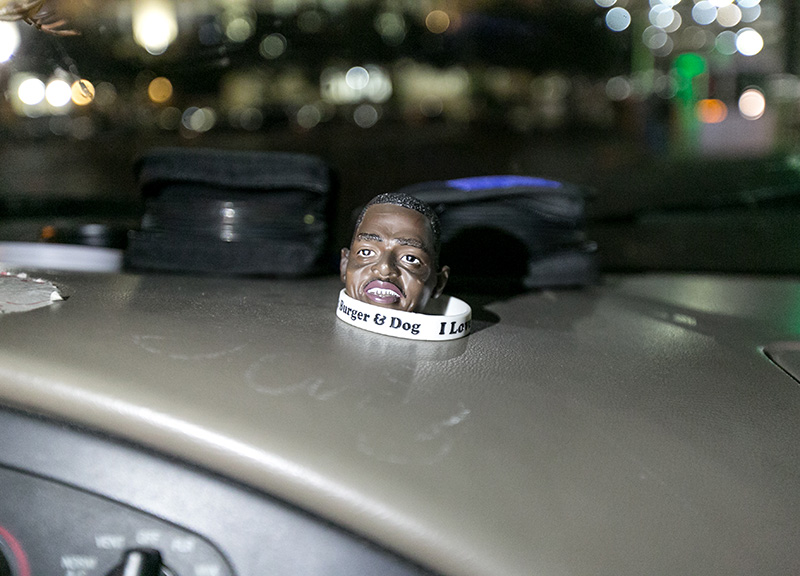 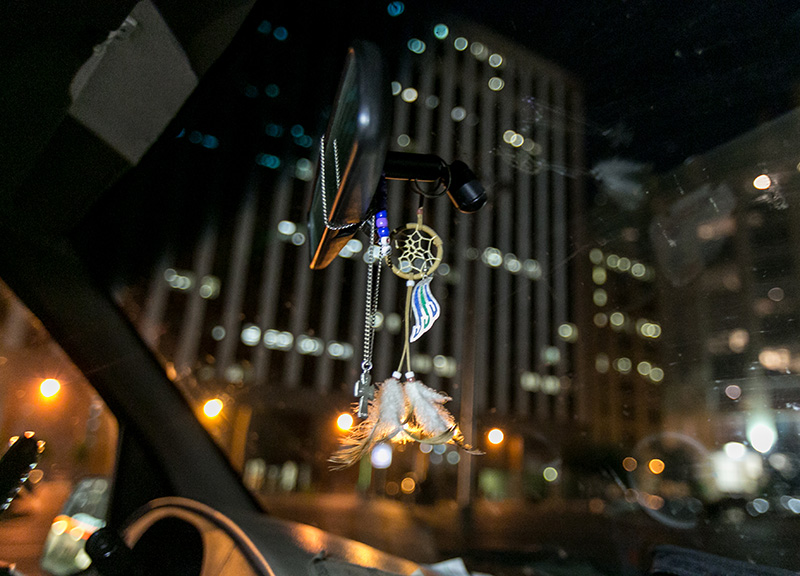 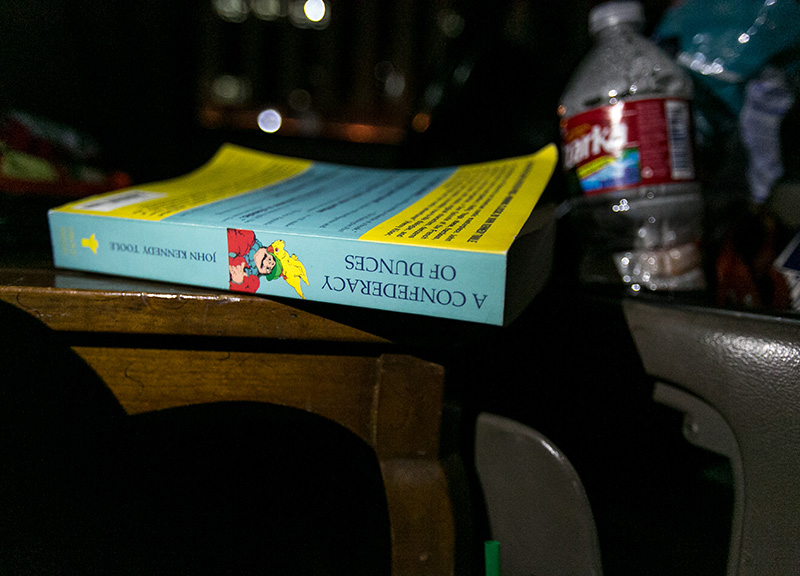 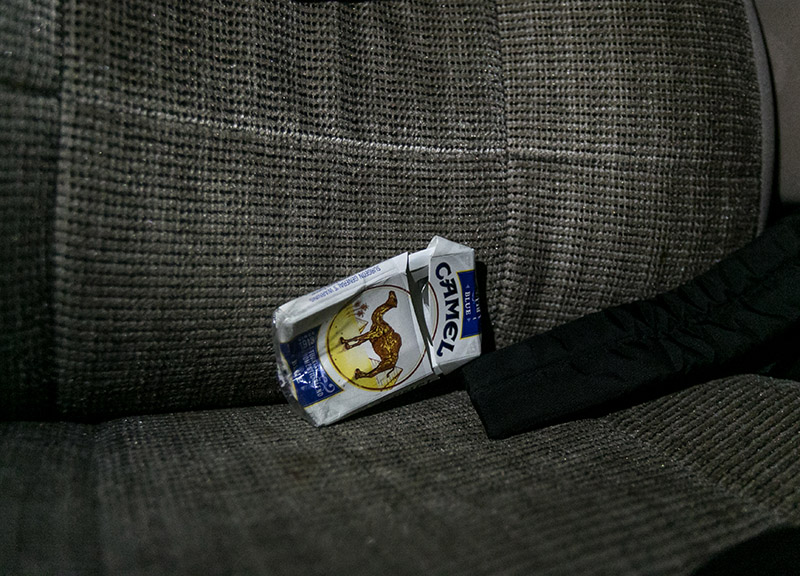 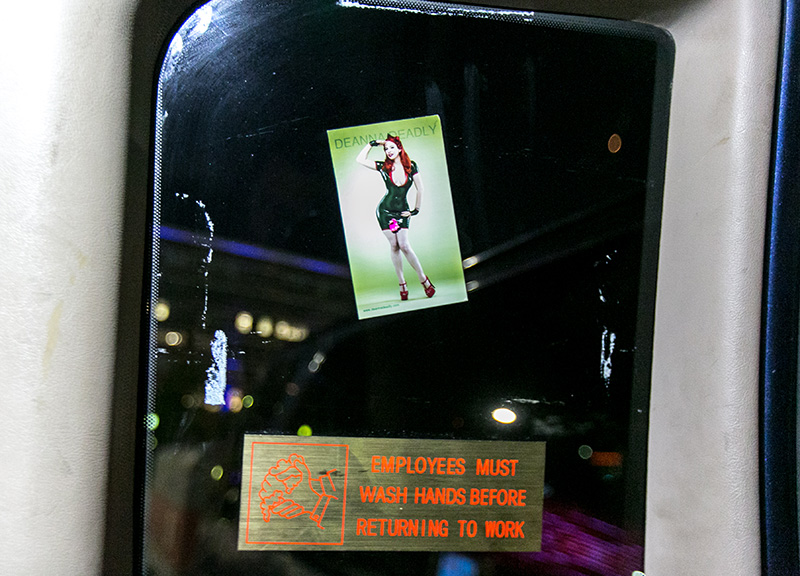 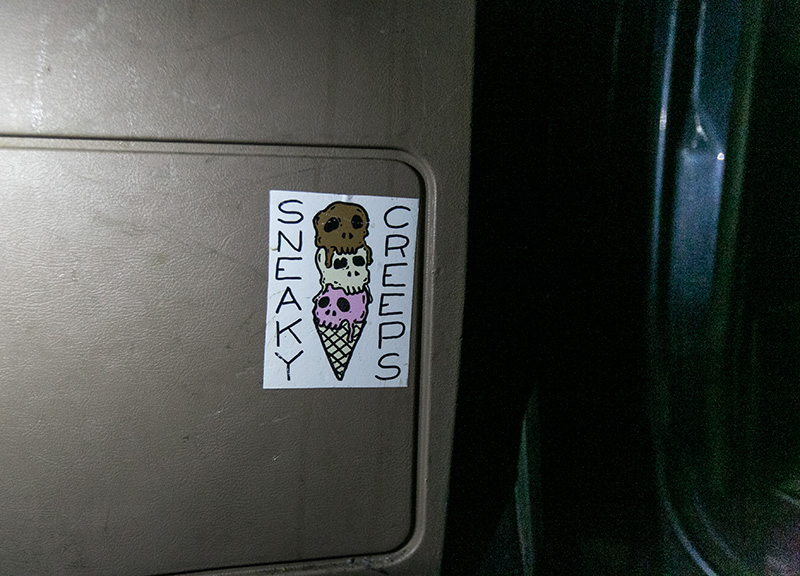 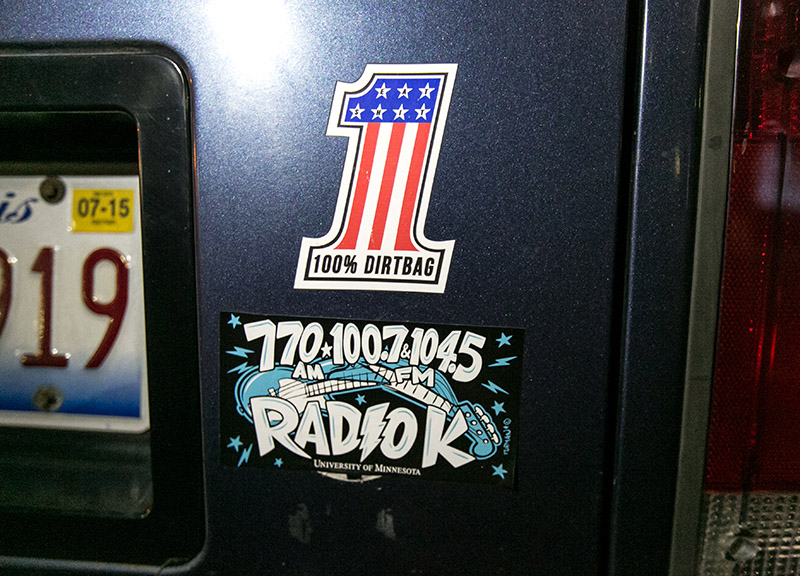 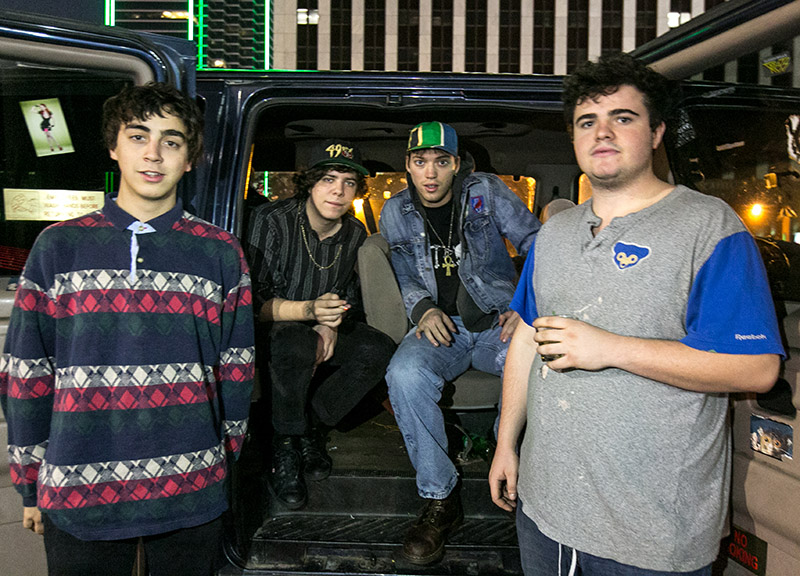