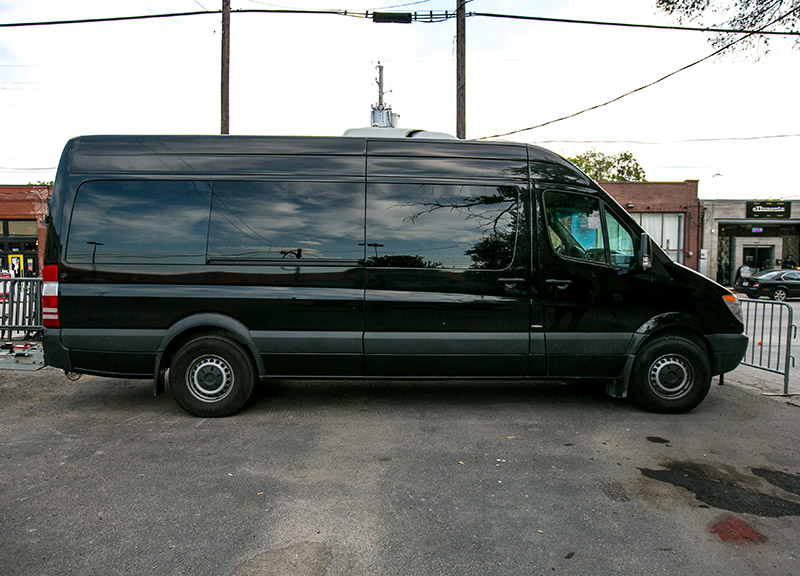 Things Heat Up When ODESZA Hits The Road.

Electronic producing duo ODESZA, comprised of Washington natives Clayton Knight and Harrison Mills, is exactly the opposite of everything that comes to mind when it comes to said genre. Since the two began experimenting with production in 2012, they have maintained a truly distinct and unique sound that draws inspiration from all corners of the music sphere from soul, ambient indie, R&B, East Asian beats, and beyond. The final product are the kind of atmospheric, out of body jams that send crowds at the duo's shows soaring.

It should come as no surprise then that their latest album, In Return, debuted at no. 1 on Billboard's Dance/Electronic Albums chart. ODESZA's remixes for major electronic artists such as Pretty Lights and ZHU may have contributed to its entry into the spotlight this past year, but it's this sophomore album and their unrivaled zest that will secure its coming success.

As ODESZA coasted through Dallas as part of this year's Index Festival, we had the opportunity to sit down with the boys and ask them about their current tour vehicle. We found that while their music is ethereal and momentous, Harrison and Clayton themselves are actually pretty down to Earth. Witty and lighthearted, they make life on the road seem comparable to a cross-country road trip with your best friends.

Of course, with a van arrangement like theirs, that's probably pretty close to the truth.

Where did Medusa come from? How did you acquire it?
Clayton Knight: “We didn't pick her out, our crew did.”
Harrison Mills: “Our buddies drove it down from Seattle to San Francisco for our first show. And the whole way they just sent us a bunch of hilarious videos. We were basically just really good friends with that people that work us before we started doing anything, so we act like stupid brothers and send each other internet videos. There's no lines to be crossed there.”

What makes your van special? What are its best and worst features?
Harrison: “The people inside it!”
Clayton: “Saw that one coming.”
Harrison: “It's got pretty comfy seats for a van; they're big padded leather seats.”
Clayton: “Yeah the last one we had was not in that good of condition so it's definitely an upgrade.”

What happened with the last one?
Clayton: “It was just a pain in the ass! It would only be able to go like 50 miles an hour for a week straight. Cruising across Texas at 50 miles an hour, it was pretty tough.”

Who usually does the driving?
Both: “Our tour manager, Chris.”
Clayton: “We split on and off, we had a 16-hour drive the other day and so we had to take turns.”

Is Chris the best driver, then?
Clayton: “Yeah he's a pro at it.”
Harrison: “He's also contractually obligated.”

Is there anyone who isn't allowed to drive the van?
Harrison: “Well, Chris isn't 25…”

What are some of your best memories from being on tour?
Harrison: “It's half shows, and half funny moments. Is this where I tell you the classic story?”

It can be.
Harrison: “Okay, so we were in Montana. We're playing about 20 minutes into our set I can't hear out of the speaker, I'm like, 'Okay, what's going on?' I look up and there's this girl just leaning over it. I go back to playing and I look up 20 seconds later because I still can't hear anything, and I realize the guy behind her is having sex with her over the speaker. I look at Clay like, 'What?!' And here's the weirdest part — not only do they continue this and just stare into my eyes, but he did it for 20 minutes! There was no security. No one wanted to intervene. People were just hooting and hollering. It was insane that it never stopped.”
Clayton: “He definitely had some stamina.”

Well, at least you know you inspire people!
Harrison: “I prefer not to have them stare into my eyes while it's happening.”

Any other stories from being on the road?
Harrison: “That same night another crazy thing happened, like a John Lennon, she's gonna kill me situation. Some crazy fan came to the show.”

This was also in Montana?
Harrison: “The exact same show. Actually, she came to both shows [in Montana]. She came to the first show, tried to steal stuff from our green room. And then we drove to the next show the next day, and after I was hanging out with my friend who was working it and that girl came up and started talking to me as if I didn't know her. Like, I kicked you out of the green room yesterday, don't act like you don't remember me! And she said, 'You didn't let me sing on any of your songs tonight.' Then she threw a drink in my face, and started swinging! The security guards claimed they didn't see it happen so they couldn't kick her out.”

Are you guys still playing shows in Montana…?
Harrison: “We haven't since. But it just takes the right venue in Montana because it's a lot of mountain towns and they have some rowdy parties.”

Well, back to Medusa: have you modified the van in anyway?
Harrison: “I mean, we have a big backseat area to lie down in, there's always a fight for that. Usually if you've done good work the night before you get that.”
Clayton: “That's usually the only place you can sleep well. The rest of it is very hot.”
Harrison: “Yeah, something about the left side just spews hot air.”
Clayton: “There's this metal thing on the side of the car that's hot all the time.”
Harrison: “We put records up against it and they all warp. Doesn't matter what you have the air conditioning at, it's always blazing hot air.”
Clayton: “It's poor design, I mean I don't know what the purpose of that would be. *shrugs* Medusa.”

How does it work with music in the car?
Harrison: “Whoever is driving has control of the radio.”
Clayton: “And we have headsets so you can watch movies and what not. Trying to make music in the car… Literally impossible.” 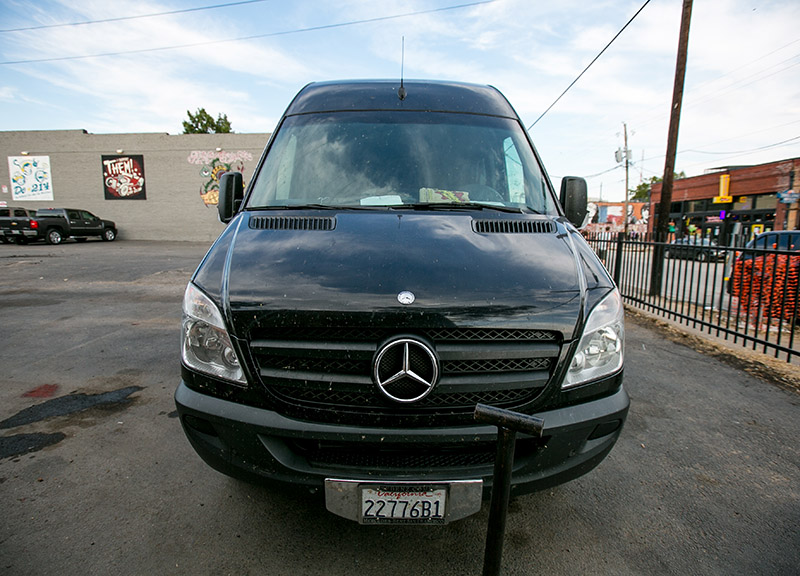 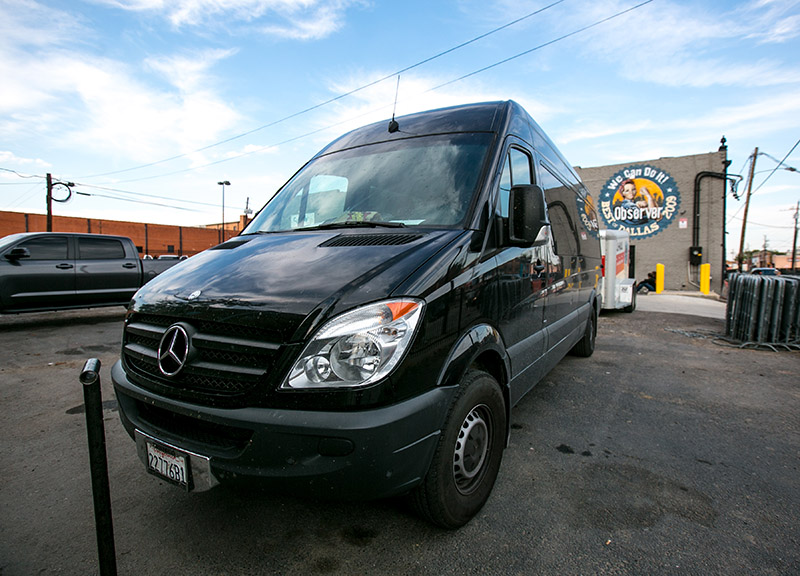 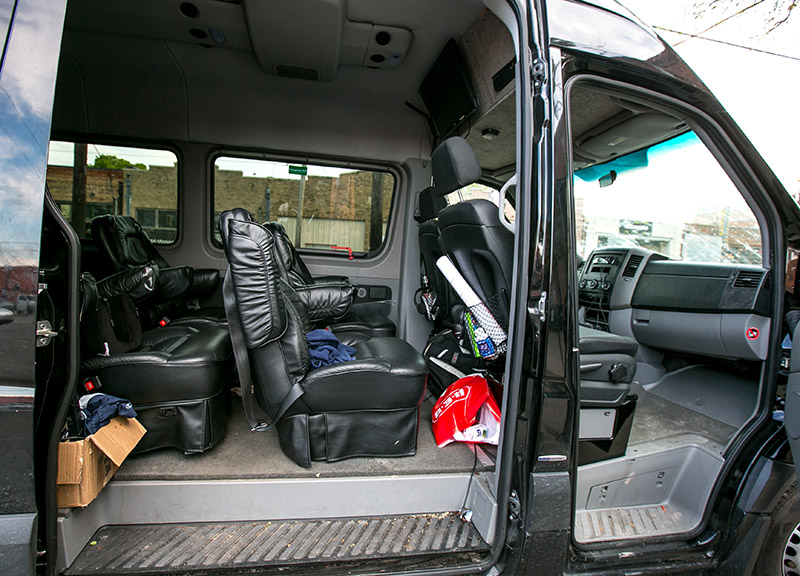 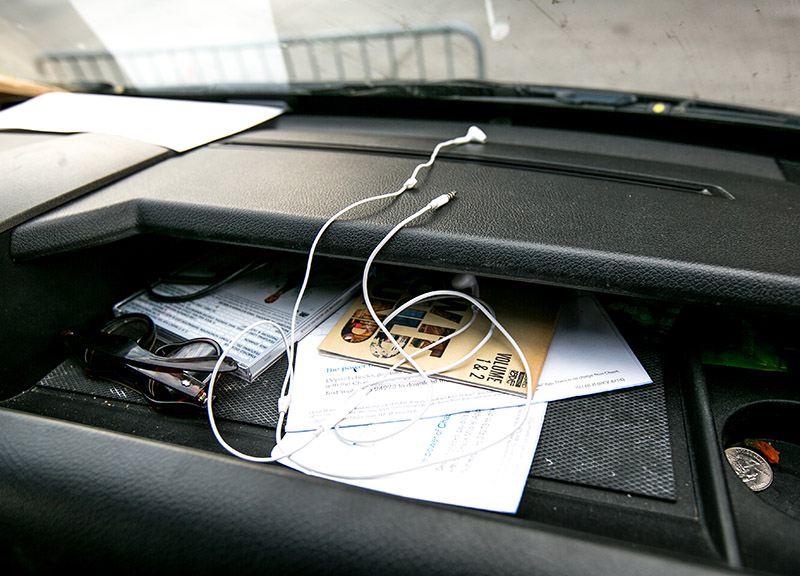 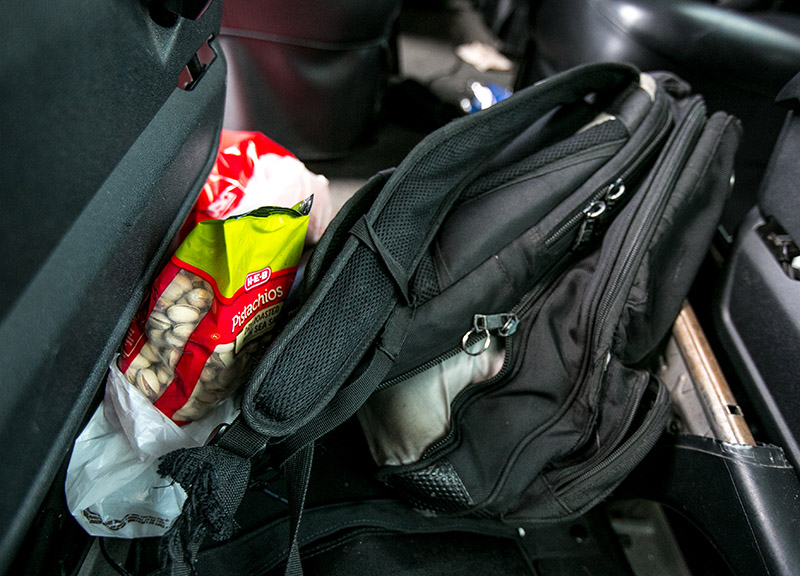 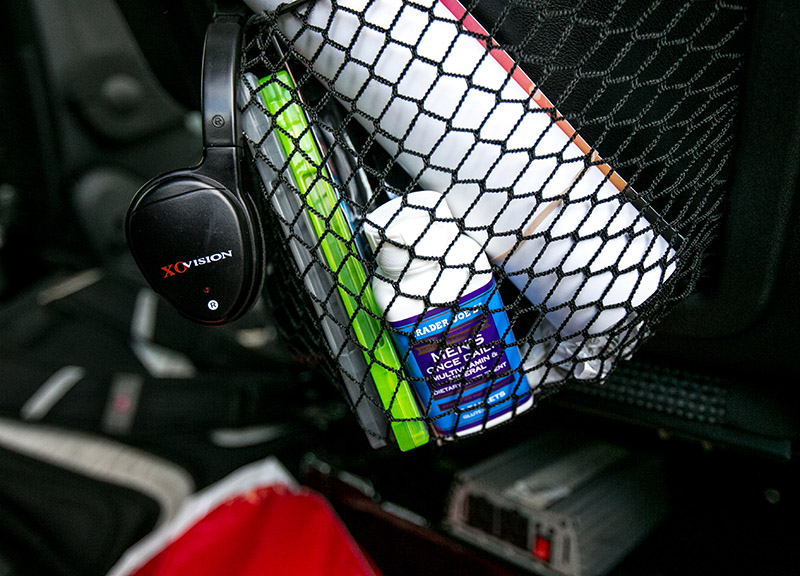 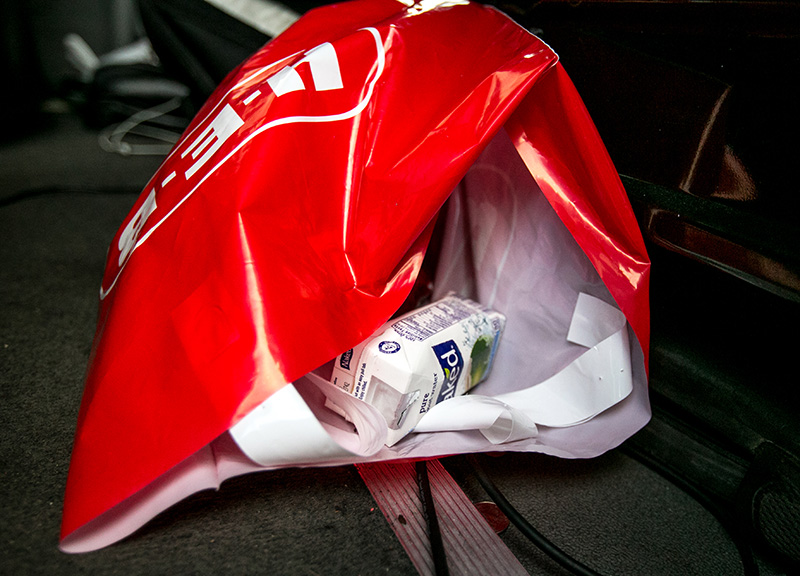 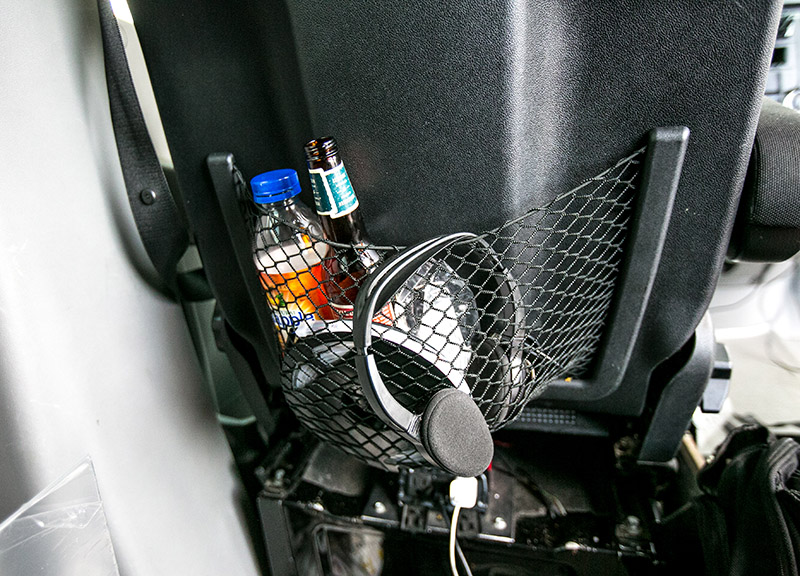 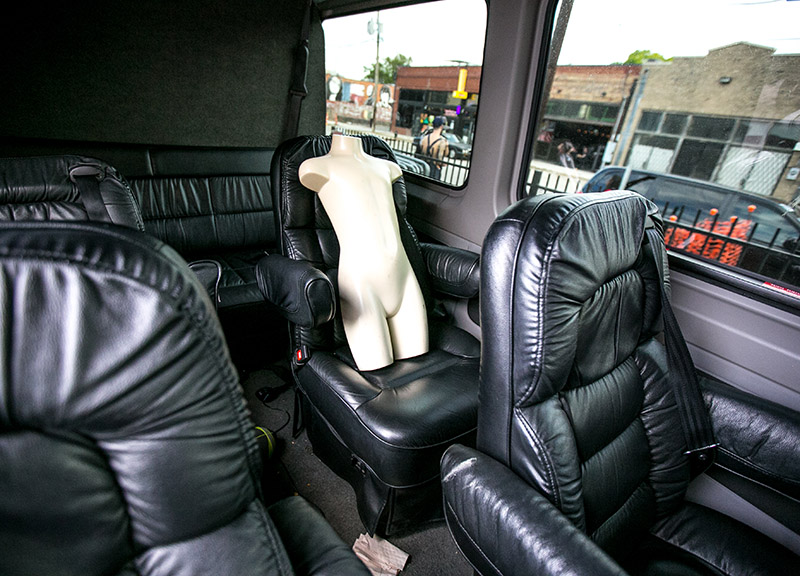 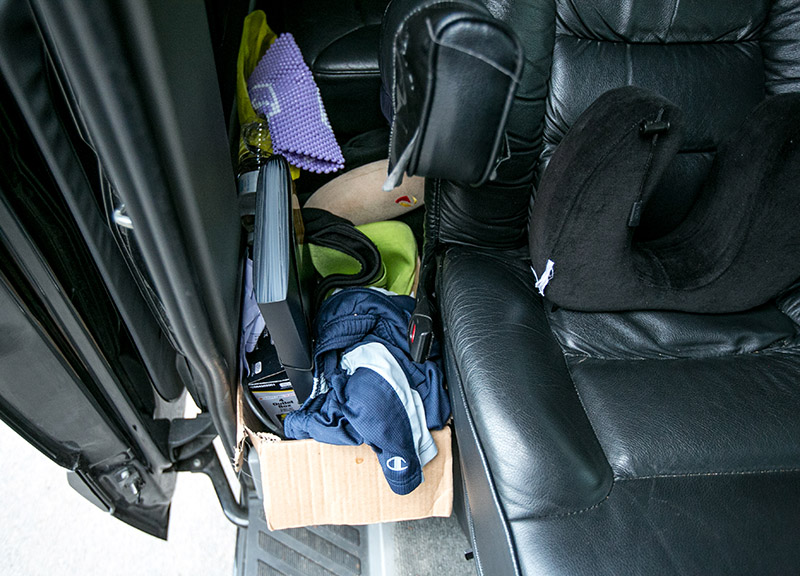 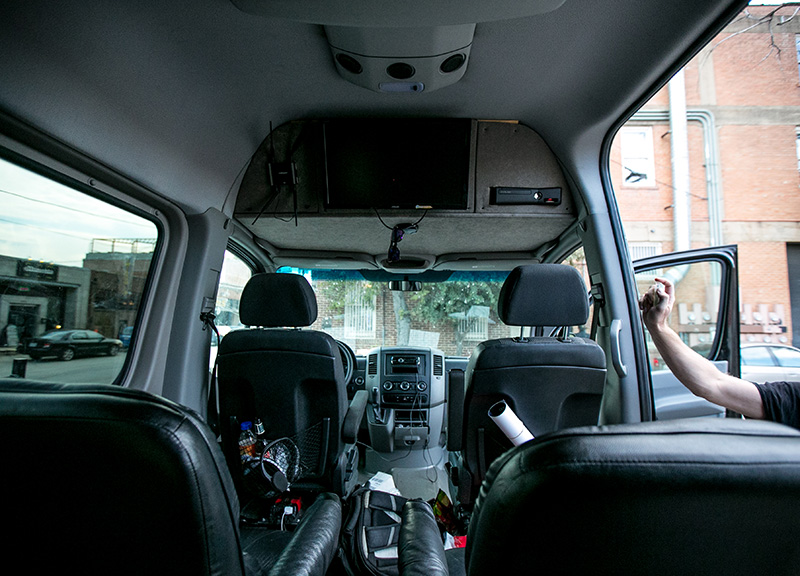 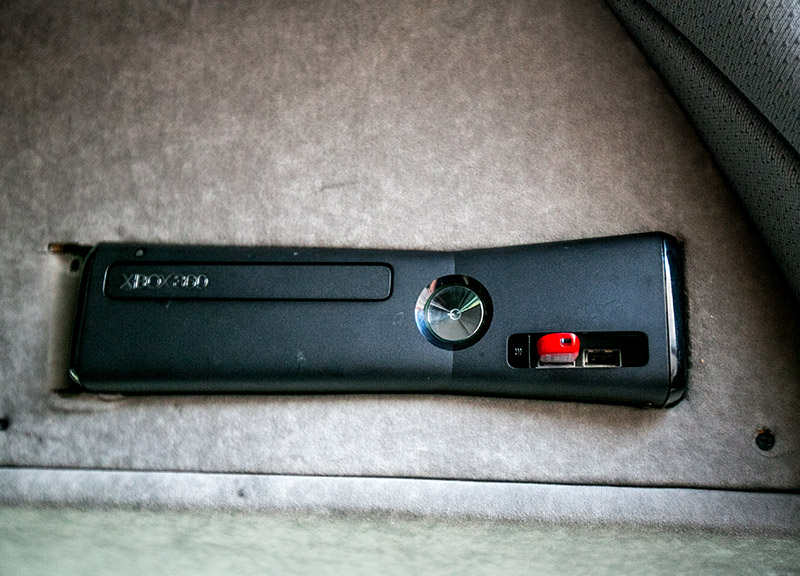 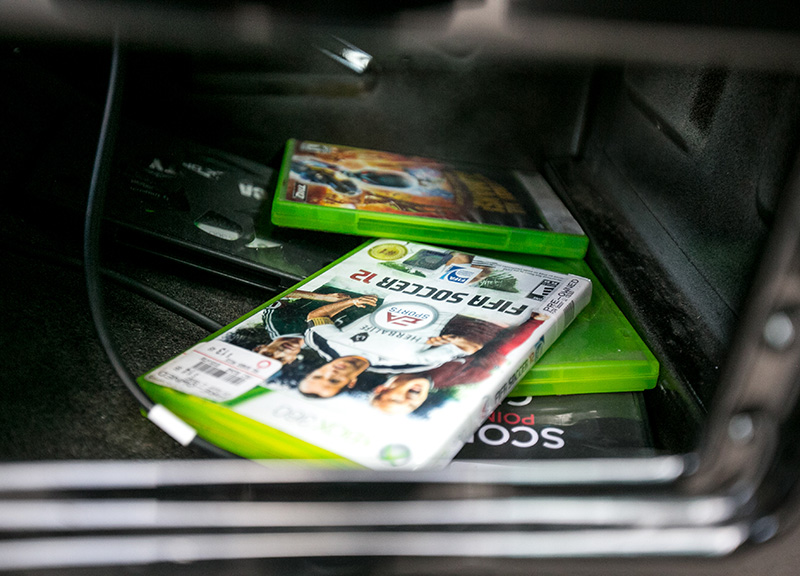 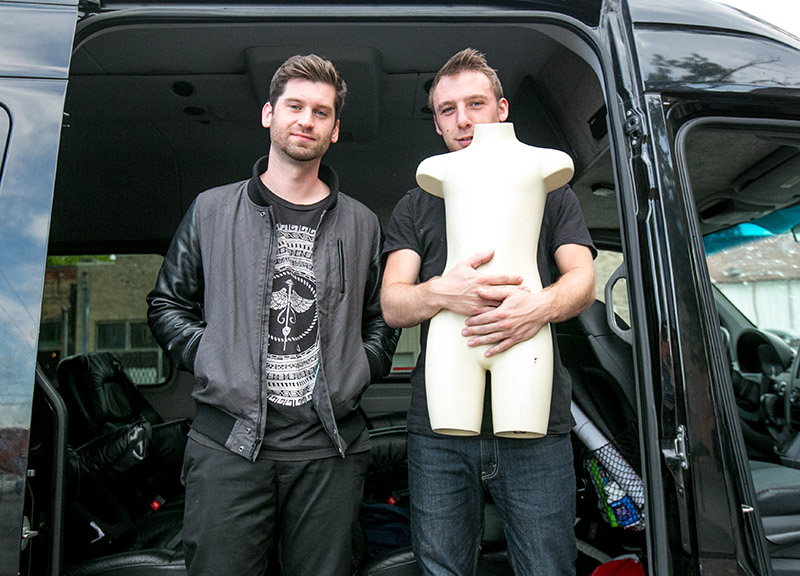