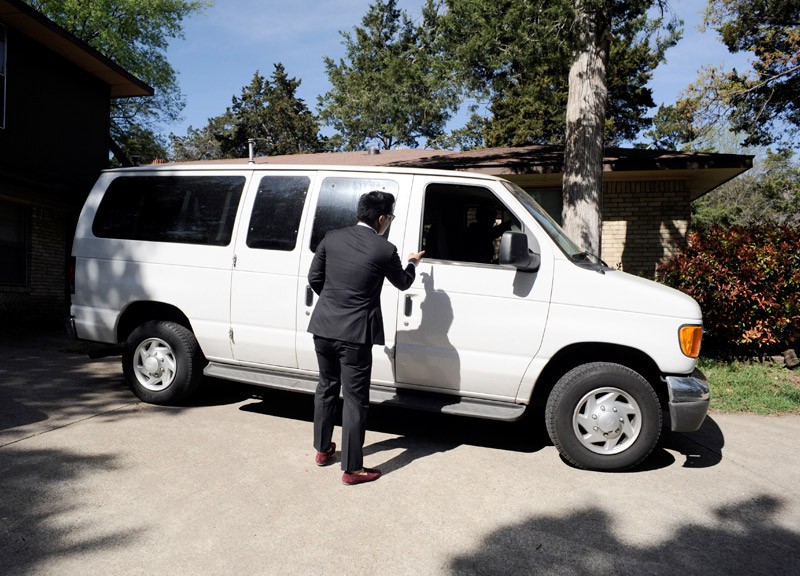 Ella Is The Soul Behind Larry g(EE).

Behind every great band is a great van. And when these former church vans, daycare buses and plumber's work vehicles have racked up enough miles on the road, they eventually start being thought of by the band as another member of the team. Hey, we get it: It's hard to spend so many hours with bandmates (both human and machine) without a few things getting broken, a few good fights taking place and lots of great memories being made. We hope that, by exploring these stories, we might get to know some bands from both North Texas and beyond on a more personal level.Check out this feature's acrhives here.

Over the past several months, the special lady we're featuring in this week's column has helped Dallas-based old-school funk-soul master Larry g(EE) and his enormous band pull off a string of Warped Tour and SXSW dates. In all, since pairing up, Ella and her band band have traveled about 150,000 miles together.

We recently caught up with Larry, along with his producer/guitarist Beau Patrick Bedford, drummer Aaron Haynes, keyboardist Daniel Creamer and the rest of Larry's plus-sized backing band at Bedford's musician's compound where several of the guys live to find out what they jam out to while on the road and what makes Ella so special to them.

Where did your van come from? How did you acquire it?
Larry: “We bought it from a good friend's cousin in Fort Worth the day we were supposed to take off for a Southwest tour.”

What makes your van special? What are its best and worst features?
Larry: “Best? The AC still works. Worst? The arm rest on the driver's seat broke on that Southeast tour.”

Who usually does the driving?
Larry: “It's usually a collective effort.”

Do you have any good breakdown stories?
Beau (guitars/keys): “We were in Pennsylvania driving to New York City and we had a percussion player of ours driving, Taj. He plays tablas, which is just funny — such an odd fit even for this band. He was driving us through Pennsylvania and as we were going on to a bridge from the highway that we were on, there was a small road that was merging onto it. There were two cars that were merging and neither one of them slowed down or tried to speed up. They just kept their pace right with our van and shoved us over one lane and into an 18-wheeler, who hit the back end of our van. He was speeding up on our van as we moved over. Somehow, instead of our van turning sideways as he hit our back left corner, it just lifted up our van and pushed us on forward down the road. It happened extremely quickly, so, at the time, we were just like, 'Crap, we've just been hit by an 18-wheeler!' Finally, when we pulled over, we realized how serious the situation could have been. His whole bumper got completely jacked, and this [points to a small but not insignificant dent] is all that happened to us. We had an angel looking out for us.”
Larry: “[Beau's] son was with us in the van, too.”

What are your best memories from being in the van?
Aaron (drums): “We were buying CDs at truck stops and, when we got to Lubbock, we got a Best of The Oak Ridge Boys CD and basically it played non-stop until we hit Arizona. We just got in that driving zone and let it go. People started sleeping and waking up. It never has a definitive ending; one song just goes into the next one. It's just real soothing road music.”
Larry: “What was the name of that one song we were saying could be an Olympic theme song?”
Daniel (keys): “Was it 'Trying to Love Two Women?'”
Larry: “Was that the song?”
Aaron: “Yeah! There's 'Trying to Love Two Women,' 'She Played Tambourineâ€¦'
Daniel: “'Crying Again.'”
Aaron: “'Crying Again' is a great one. We still have it in there.”
Larry: “We went to Houston, and I heard it for the first time. It played over more than three times over. [Pointing to Aaron] He knows all the lyrics to the songs.”
Aaron: “Actually, everybody knows it, pretty much. It's not good for anything else but driving. It's got a lot of songs about the road. It's got a lot of nice, interesting parts to it. It's easy listening. You have the guy that just sings the monster bass being featured often.”

What are the best modifications you've made to the van, decorative or otherwise?
Larry: “The 8-ball door knobs.”

Larry g(EE) performs April 7 at Magnolia Motor Lounge, and April 27 at The Kessler. 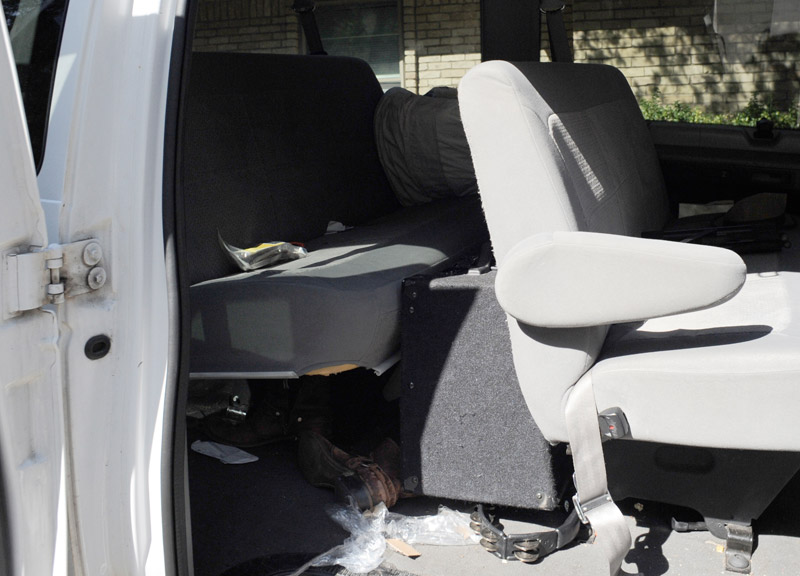 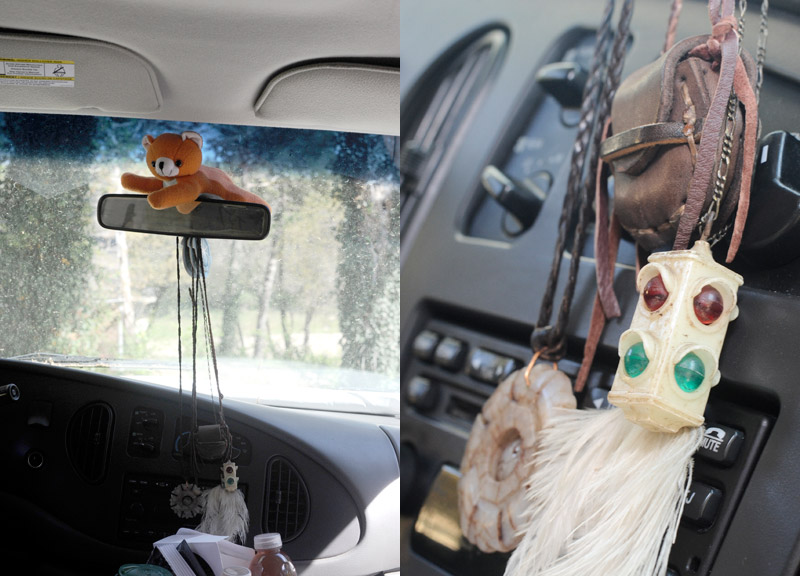 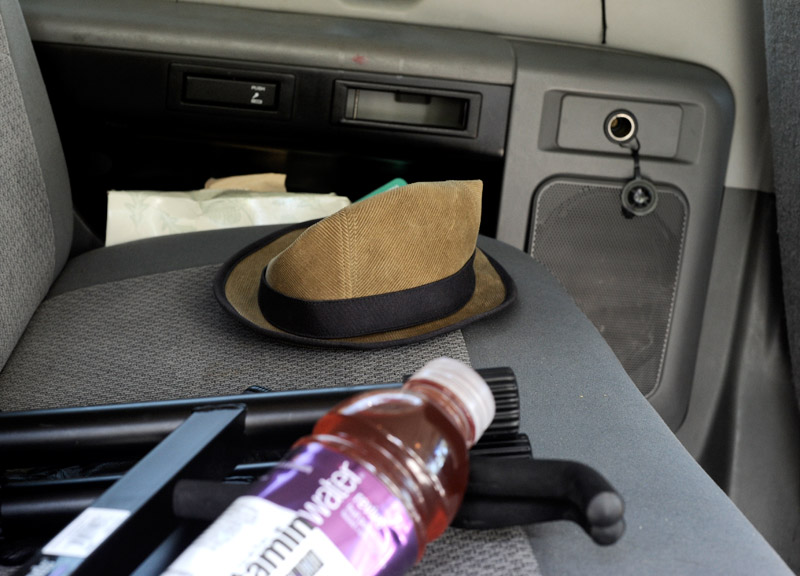 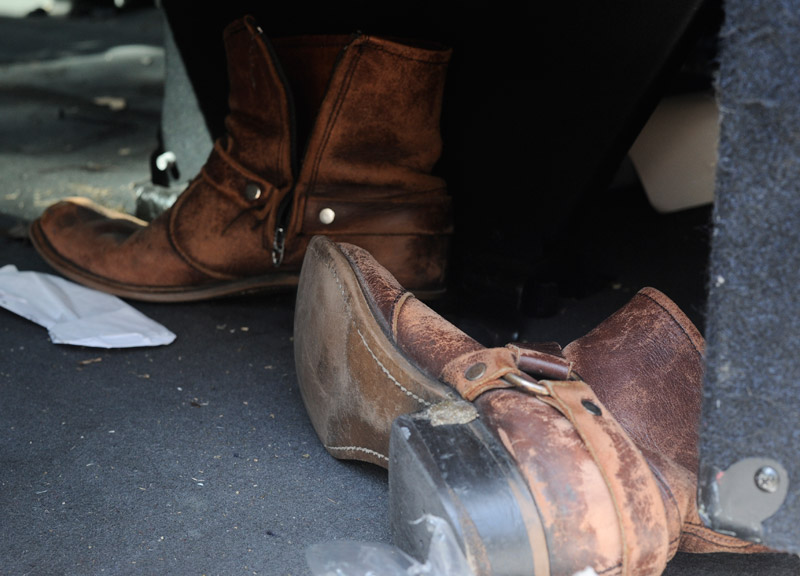 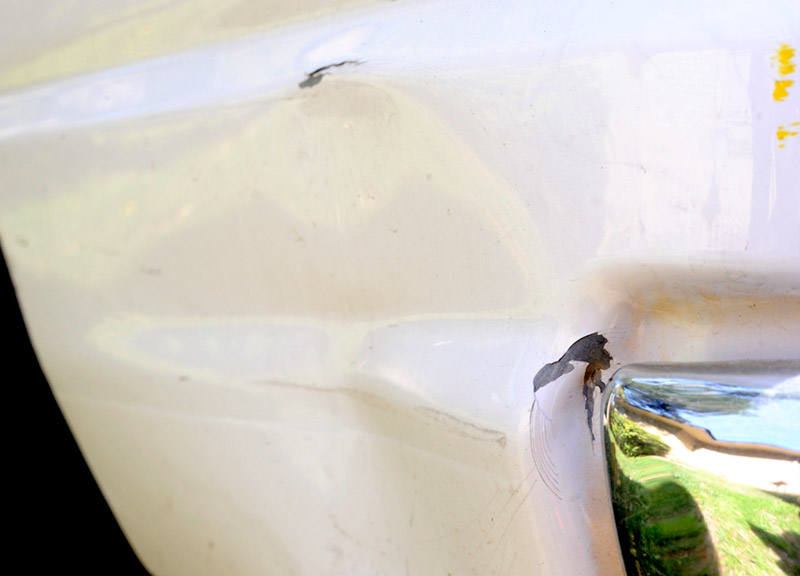 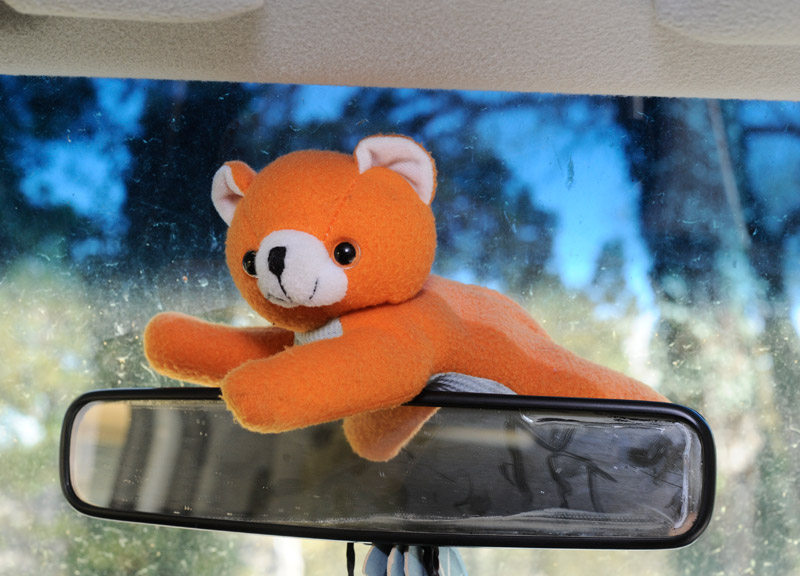 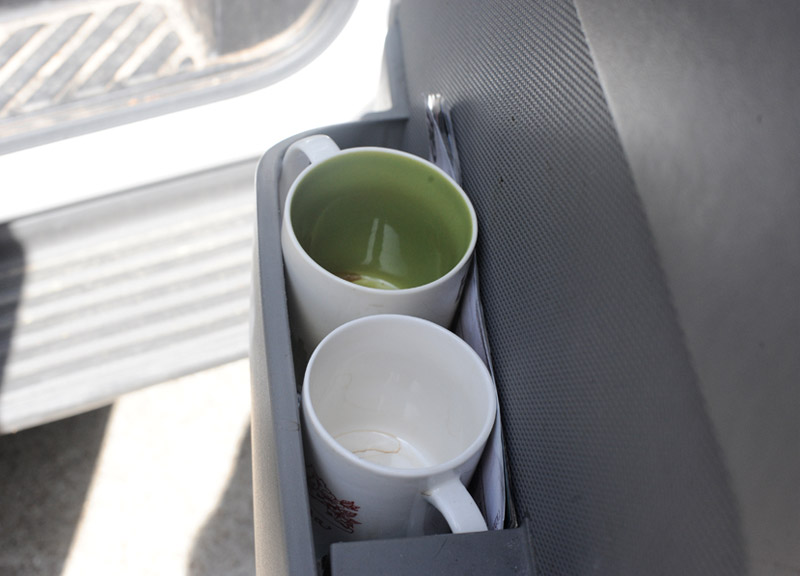 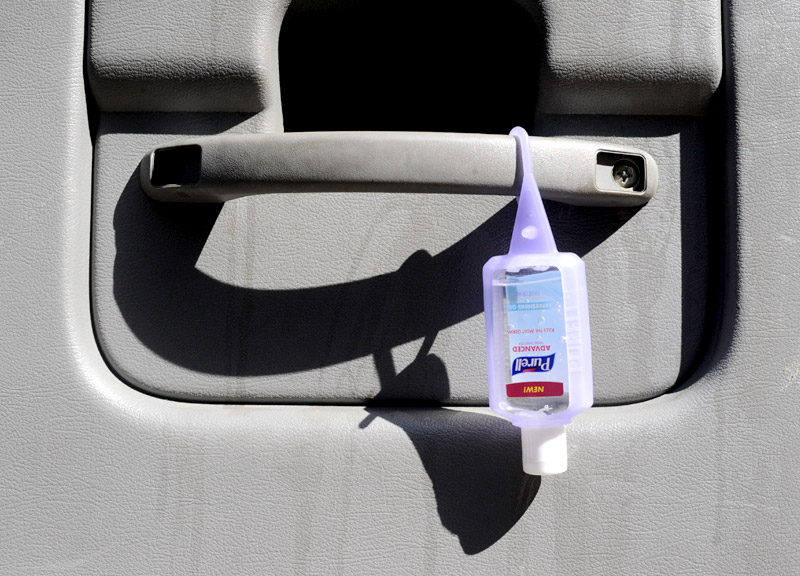 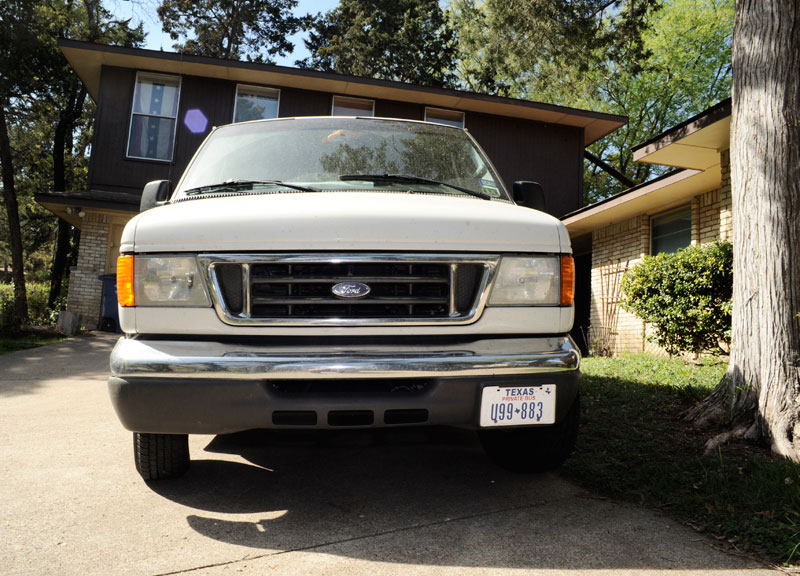 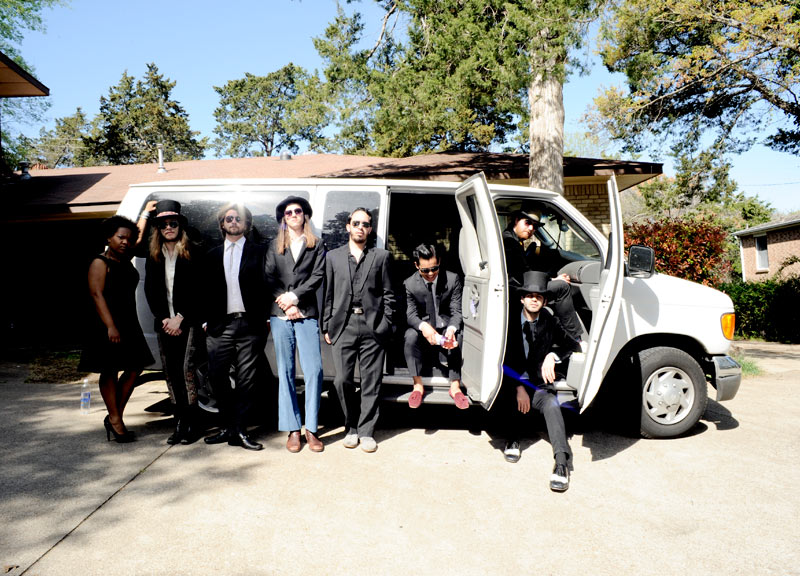