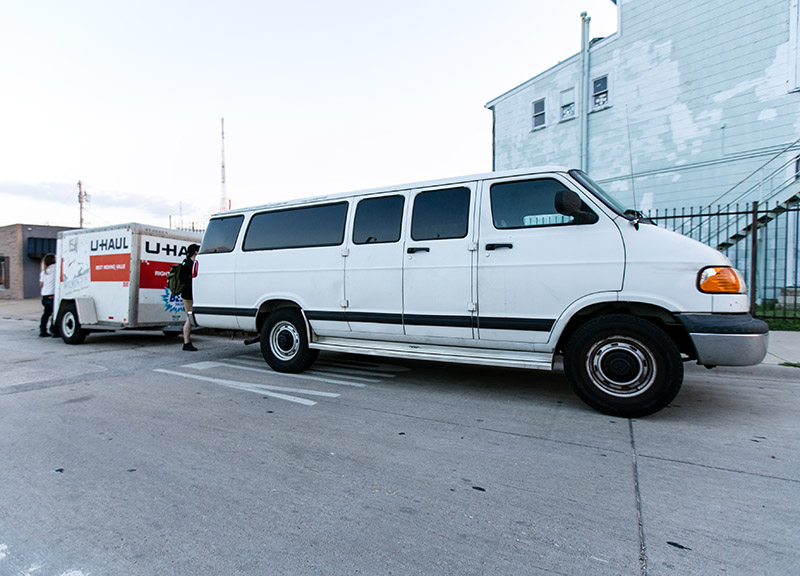 In the past few years, Power Trip has earned itself quite the reputation. The thrash/hardcore outfit, which built its foundation in Dallas and now operates out of Chicago, is notorious for whipping up storms in venues across the country. With live shows consisting of circle pits, sweat and growls, they've long become known as one of the most exciting acts on tour.

The band backs up its powerhouse onslaught with its recordings. Its debut album,Manifest Decimation, has impressed critics and fans alike with its old-school inclinations and 35 minutes of pure intensity. It's a winner, that's easy to hear.

And before the band's homecoming show at Sons of Hermann Hall last Friday we caught up with the band to discuss a different item of business: its tour van. While the band's still reeling the loss of its old van last November, its been adjusting to its replacement ride just fine — even if it is a Dodge.

What's your van's name?
Riley Gale (Vocals): “Shit. We don't have a name for this one. Our old one had many names. Black Betty.”
Nick Stewart (Guitar): “Mary Swanson.”
Riley: “But sadly a deer murdered our van last November so we've got this new Dodge. We also murdered the deer. Kamikaze deer.”

Where did your van come from? How did you acquire it?
Riley: “We got this van from Jamie Goetz in Philadelphia after we wrecked Black Betty. He was kind enough to drive it from Philadelphia to Danville, Pennsylvania and sold it to us.”

What are the best features of the van?
Riley: “The A/C is pretty kick ass.”
Nick: “The backdoor swings open so it's not double doors that get broken after a while. Lots of room in the back.”
Riley: “The guy who owned it previously took the very back bench and actually welded it in place of the second bench so it stretches all the way across, so it's customized. We got a custom van.”
Nick: “It's 6 feet 3 inches back there.”
Riley: “So we usually got two guys laying in the back. We got what we like to call Ryan's Bar and Lounge — it's where we like to hangout.”

Who usually does the driving?
Nick: “We all share. Blake did a murder drive last night.”
Riley: “Blake crushed out a monster overnight seven hour drive.”

Do you have any good breakdown stories?
Riley: “No, we haven't had any breakdowns yet — fingers crossed! Hopefully this one lasts us a few years. The last one lasted us a good, solid damn-near five years.”
Nick: “Bought it in May '09 and lasted until November '13.”

What are the best memories you've made in this van so far?
Riley: “Probably listening to a lot of Creed.”
Nick: “Yeah, we got a Stapp infection.”
Riley: “Yeah, Scott Stapp. You can fall into a Stapp Trap. You gotta be careful. Oh, this is a good one. This is hardcore. We found a parking space in Philadelphia and Nick rubbed the top of the roof against this guy's tree and kinda fucked it up and scraped up a bunch of the bark, but it fucked up our van too. We came out later that night and the guy left a note. It was like, 'I've been taking care of this tree for years. Please move your vehicle. If you need any help here it is blah, blah, blah,' and then when we left we just drove off and fucked the tree up even more.”
Nick: “And the guy came outside and we just hauled ass.”
Riley: “He did not look happy.”

Nick, what have you been listening to with the new deck?
Nick: “Chicago Trap pretty much the whole time. My favorite trap shit is Lil Durk and Johnny May Cash. Also some Young Thug.”

Anything else you'd like to tell us about the van?
Riley: “Don't buy a Dodge.”

Why not?
Nick: “Because we need it.”
Riley: “We've just heard a lot of stories about breakdowns and them not lasting very long.”
Nick: “Buy a Ford 3500 ton.”
Riley: “Ford is solid. We love our little Dodge. We haven't had it long enough to make an informed impression on it.” 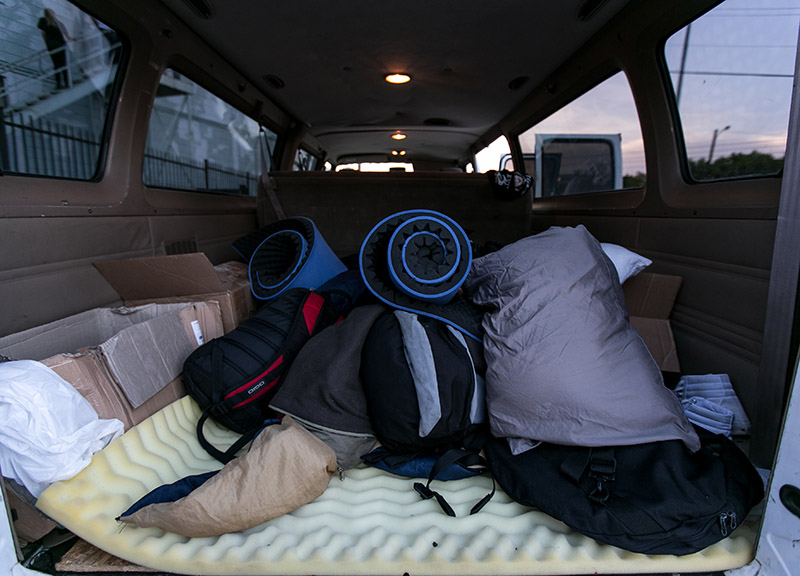 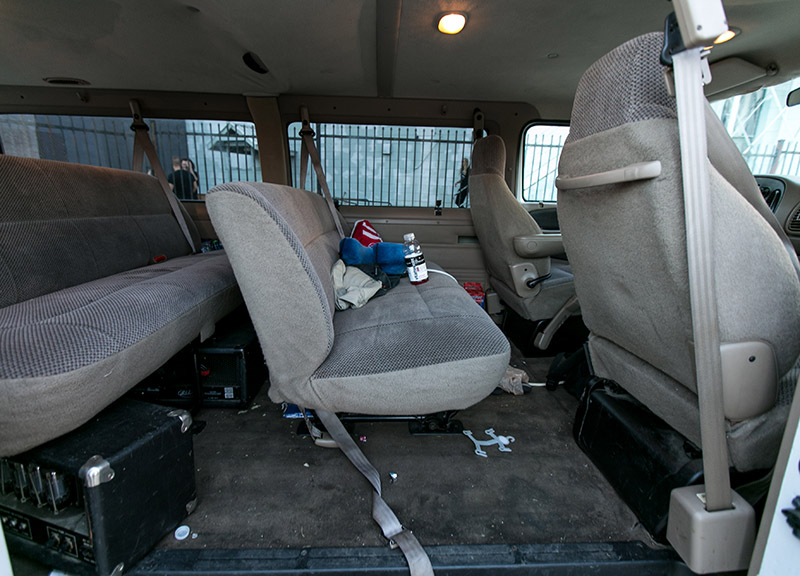 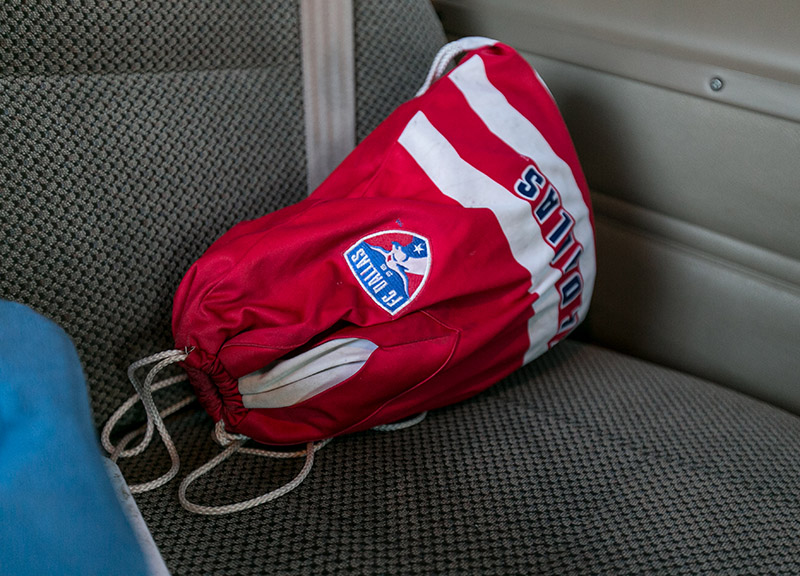 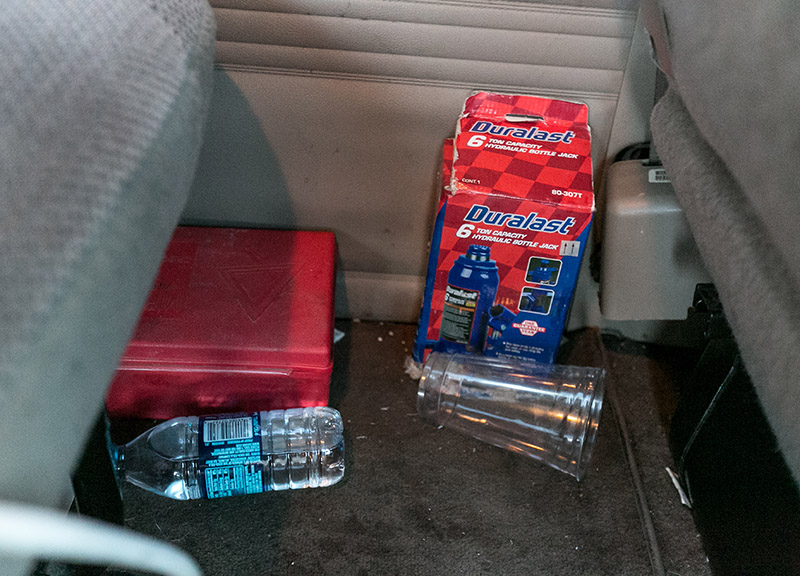 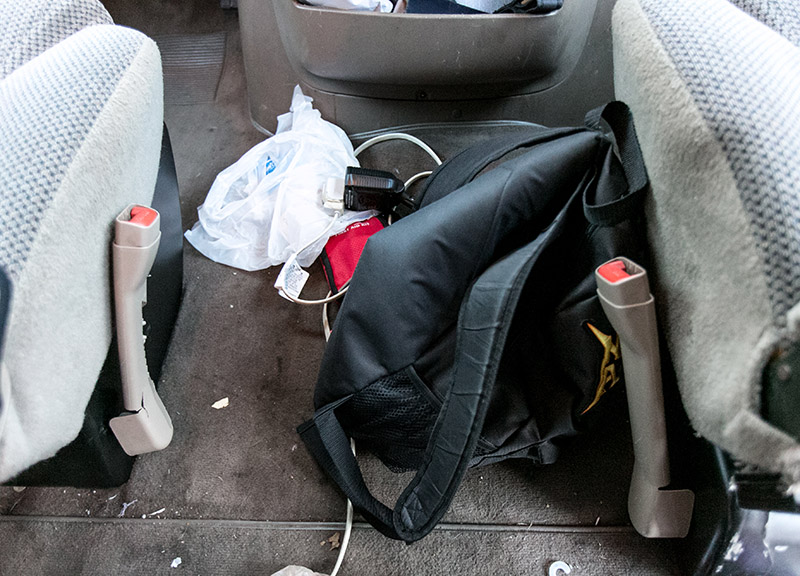 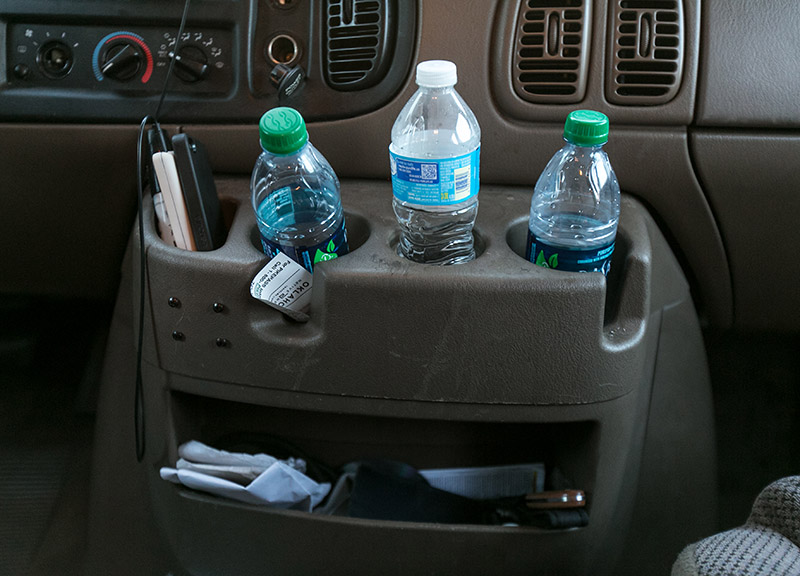 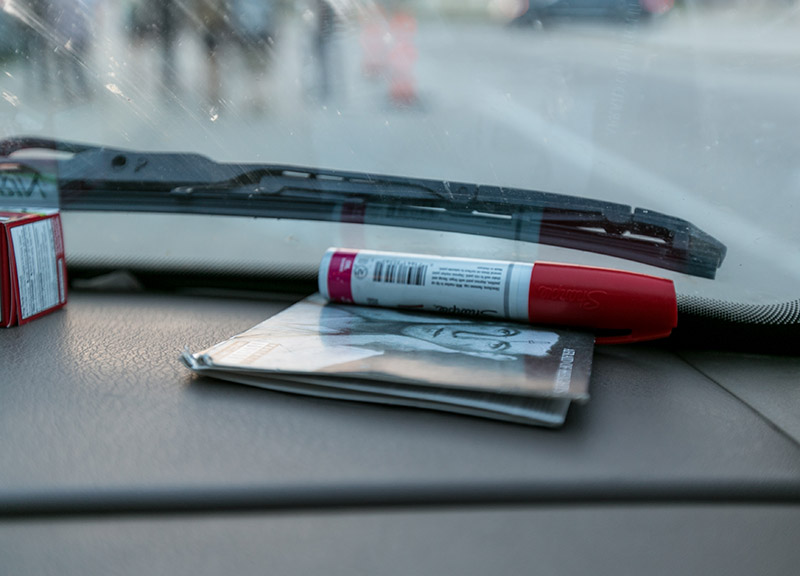 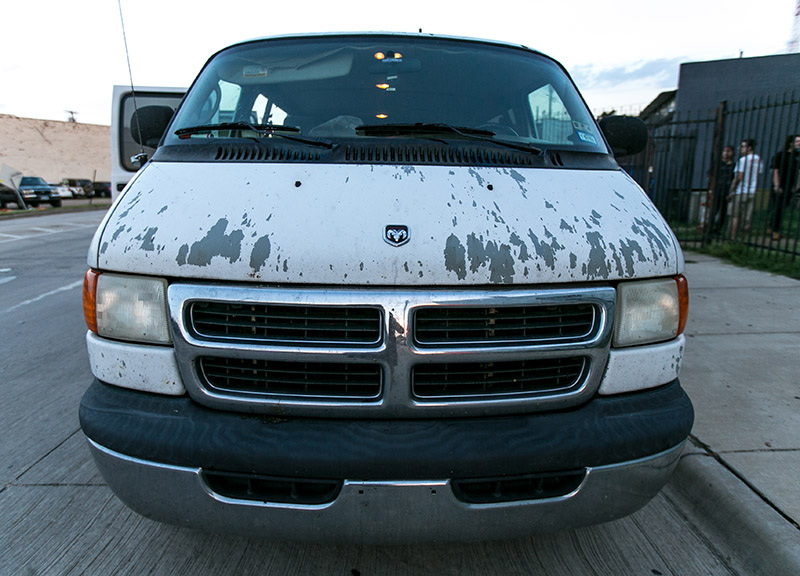 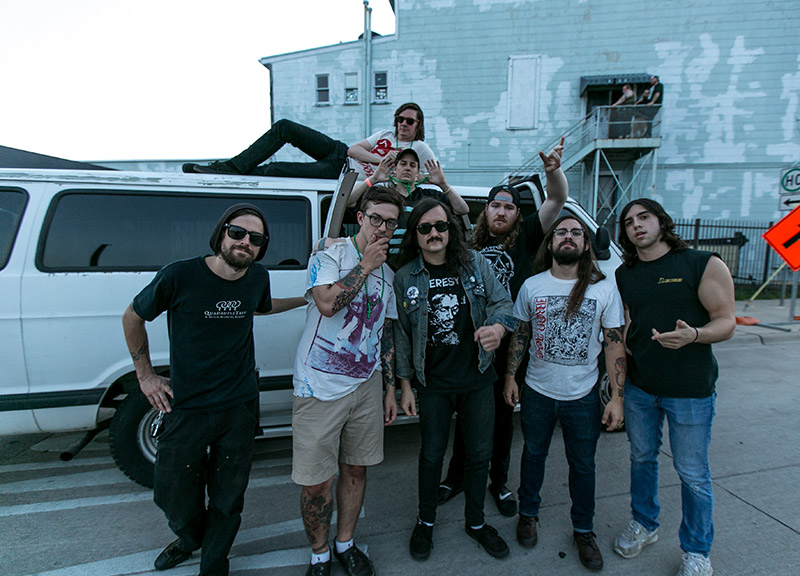