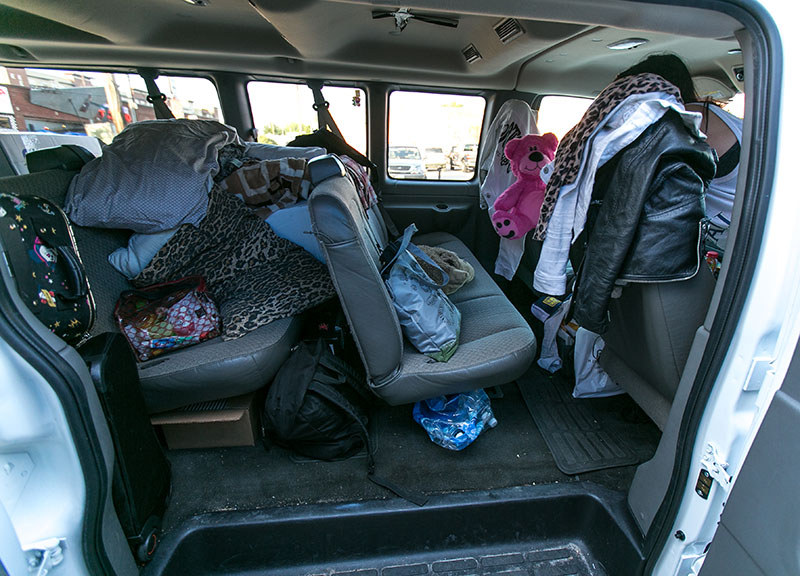 The Coathangers are the prototypical tongue-in-cheek punk band.

Been that way since the beginning, too, ever since the group got its start with a sort of joke performance at a party. But The Coathangers somehow managed to keep that momentum rolling. The band's released four albums since 2007, including this past March's Suck My Shirt. And while the instrumentation has gotten a bit richer during that span — and, with it, the tone of the albums a bit more serious — the band is still as fun as its ever been.

It makes their live shows hard to miss. And, in seven years of heavy touring, the group's gotten to its shows by putting some serious miles on its previous touring van, which was known as Vanna — over 200,000 miles worth, in fact.

Now, though, as the tours the states once again, it's doing so with brand new van. Before playing a gig at Club Dada in Deep Ellum this past Sunday, we spoke to The Coathangers' members about making memories in their new van, missing their old van and tour life in general.

Tell me about the van's name.
Meredith Franco (bass, vocals): “It used to be Vanna, but we just recently got this new van.”
Stephanie Luke (drums, vocals): “We had to trade it in because the transmission blew out. It had like 200,000 miles on it.”

Does it feel good driving around in basically a brand new van?
Julia Kugel (guitars, vocals): “It does. We're very lucky — especially with the air conditioning. The band we're traveling with doesn't have air conditioning.”
Stephanie: “That's why they always wear swim shorts.”

Where did your van come from? How did you acquire it?
Julia: “We bought it. We traded in our old one to the dealership.”

What makes your van special?
Julia: “She's slightly retarded.”
Meredith: “She has a CD player!”

What makes her retarded?
Stephanie: “She's got this rattling on the left hand side and she's got these really weird mirrors so you're supposed to be able to see your blind spot but it really fucks you up and you have to triple-check everything.”
Meredith: “There's a lot of bumps in the floor, so stuff is uneven.”
Julia: “Sometimes the locks lock for no reason.”
Stephanie: “Yeah!”
Julia: “And it's freaky! It's like it has a mind of its own. I don't know if she likes us yet.”

Who usually does the driving?
Stephanie and Julia: “Me.”
Meredith: “Well, I don't drive.”
Stephanie: “She's never driven.”

What are your best memories in the van?
Meredith: “We slept in it for the first time on our last tour.”
Stephanie: “Pretty comfy!”
Meredith: “Really comfortable, but we're still getting to know each other.”

You've only had this van about a month, right? So what were some of your best memories with Vanna?
Julia: “You know, we used to sleep a lot more in the van in the earlier years and we were really lucky to have such a big van.”
Stephanie: “It was like going home. We would find a safe spot/smoke spot, park the van under a tree somewhere and just hang out in it — because when you're on the road for weeks on end, that is home. So we each had a bench seat with like a pillow and stuff. We had shit all over that we had collected.”
Julia: “Stickers and buttons.”

Stephanie: “That's why it's weird to have a new van. We try to decorate, but it's gotta come naturally over time. Can't just force it.”
Julia: “We would prefer to sleep in that van just because it was so homey.”
Stephanie: “And cleaner than most vans–“
Julia: “And college apartments!”
Meredith: “We have Febreze and we're ladies.”
Stephanie: “Odor Eaters. We're prepared. Wet Ones. [Meredith] Wet Oneses the whole van sometimes.

Anything else you'd like to add about Sa-Van-nah?
Stephanie: “We're super stoked to have it. It's better than nothing!”

The Coathangers released its fourth album on March 18, 2014. For more information on the band, head 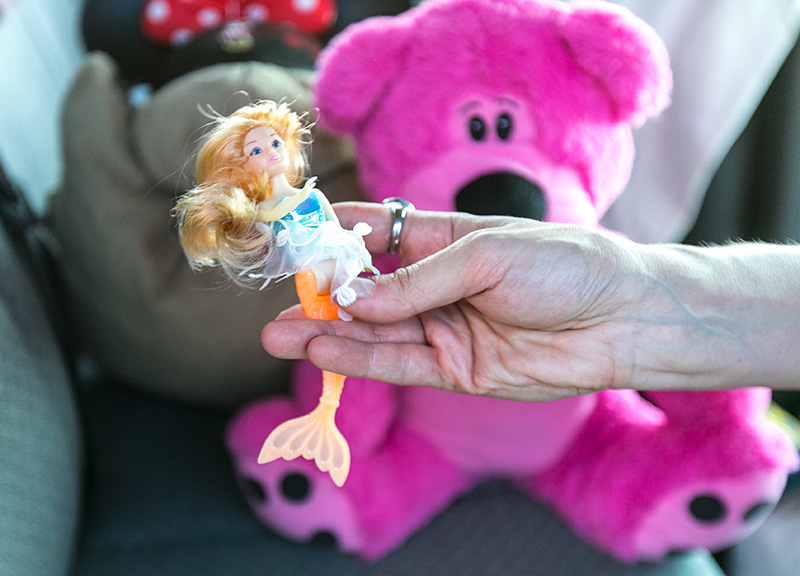 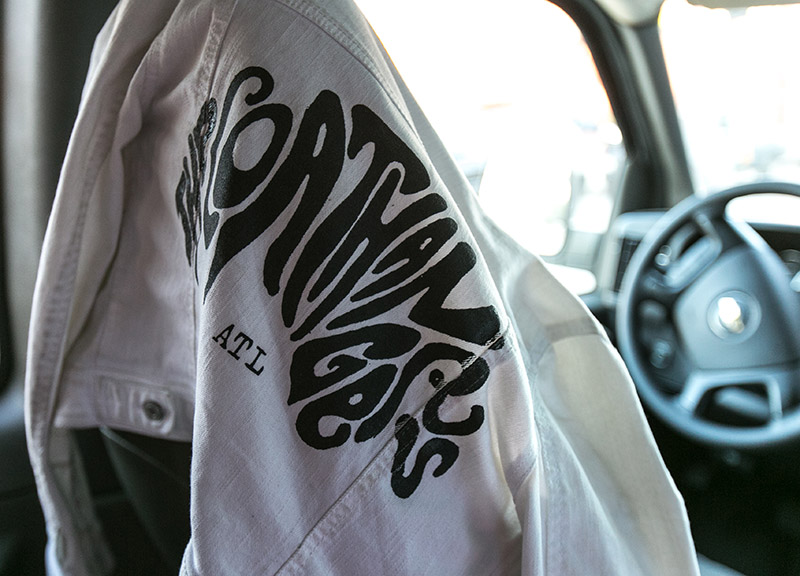 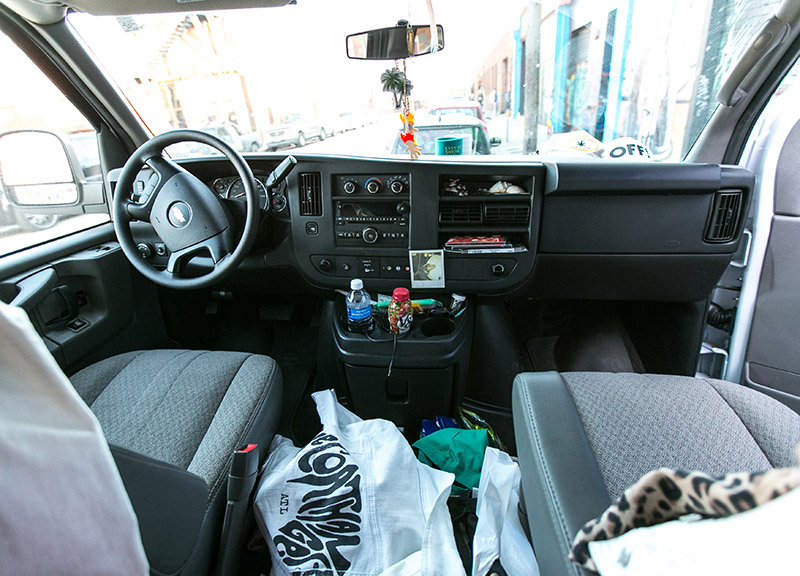 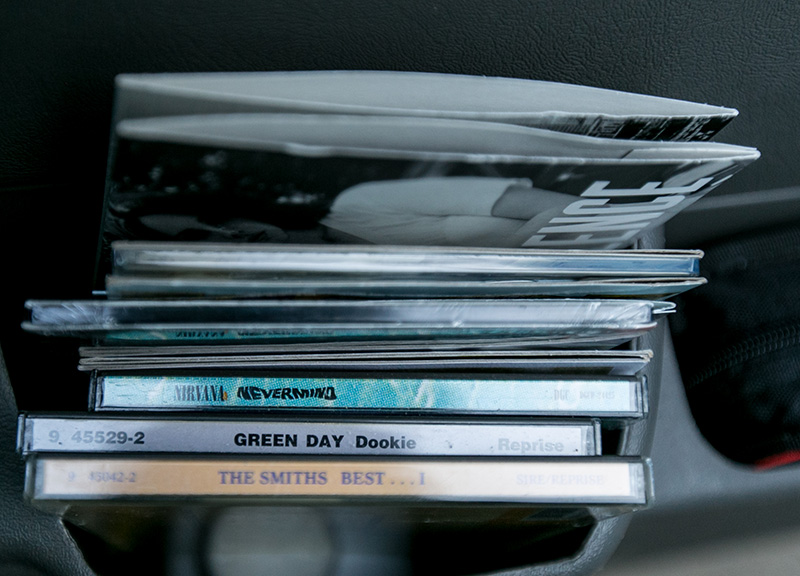 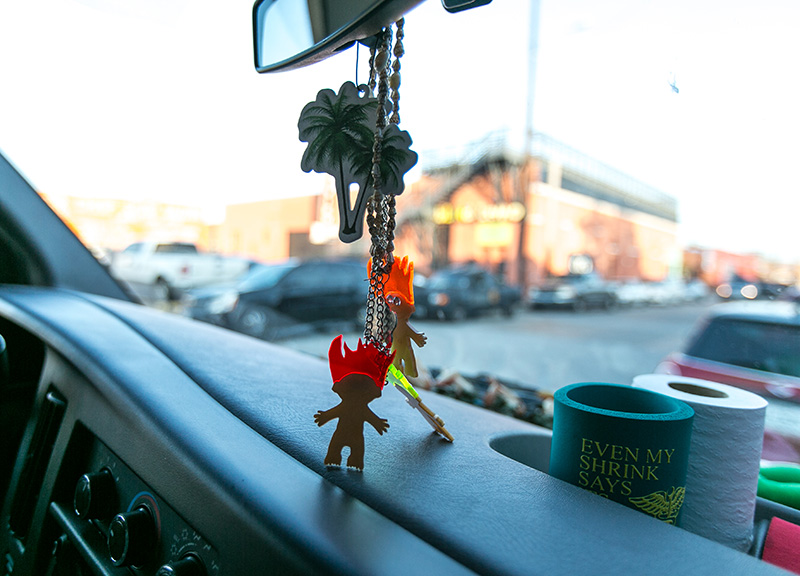 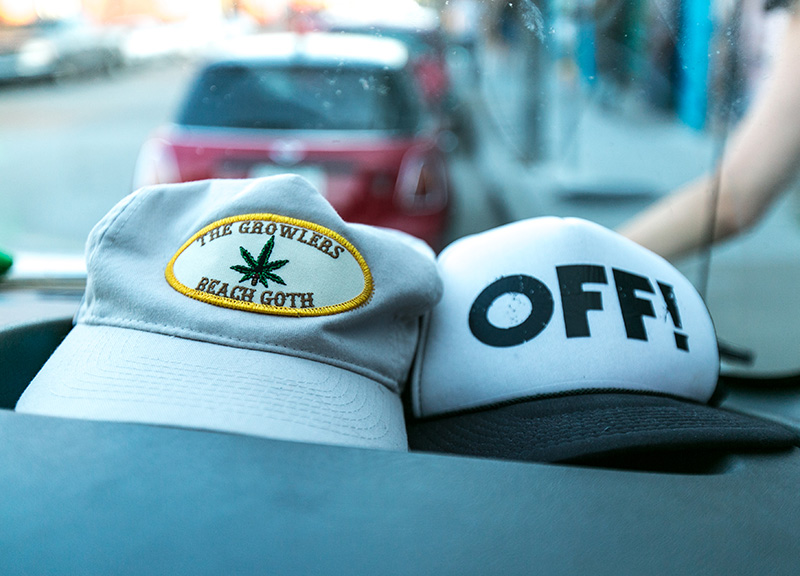 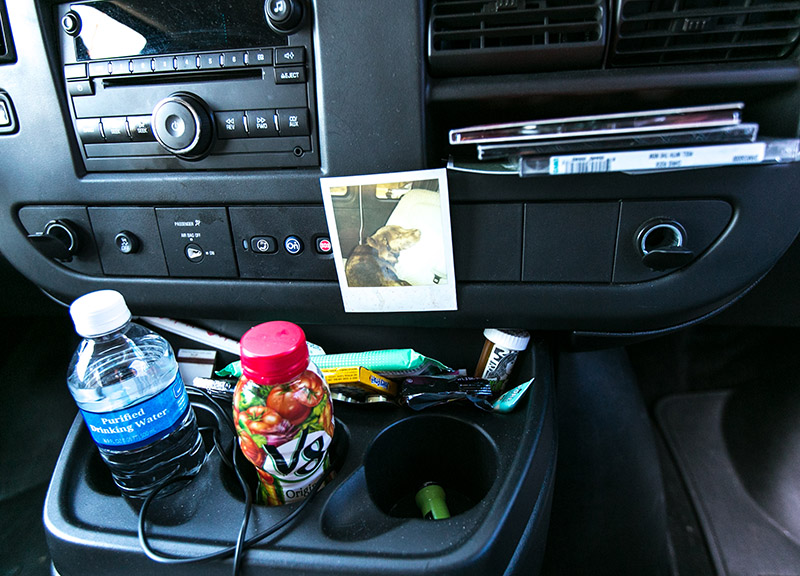 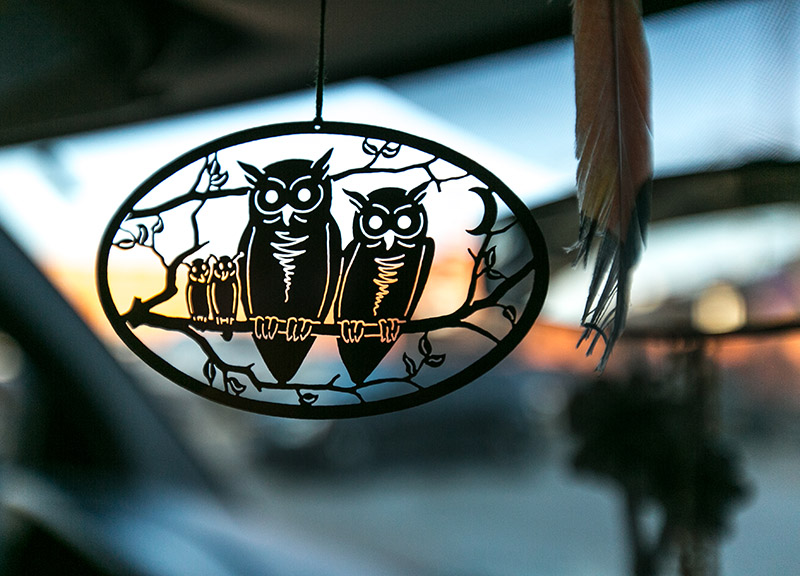 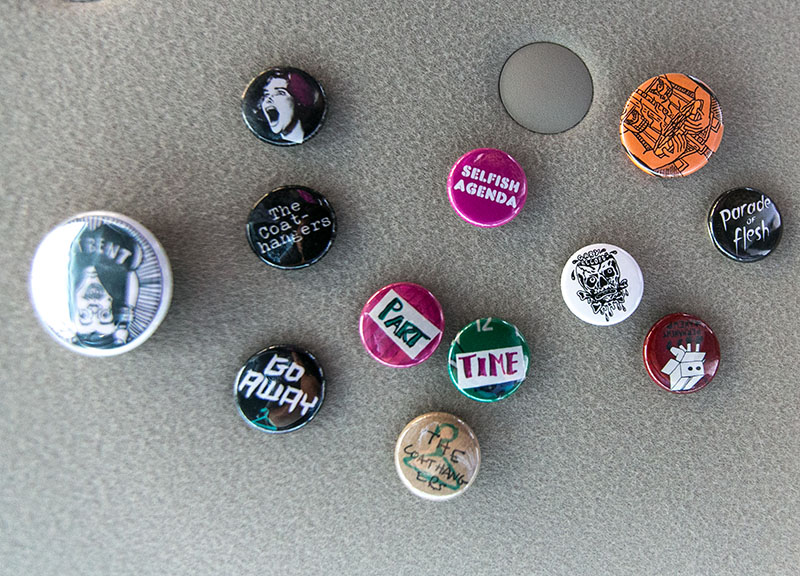 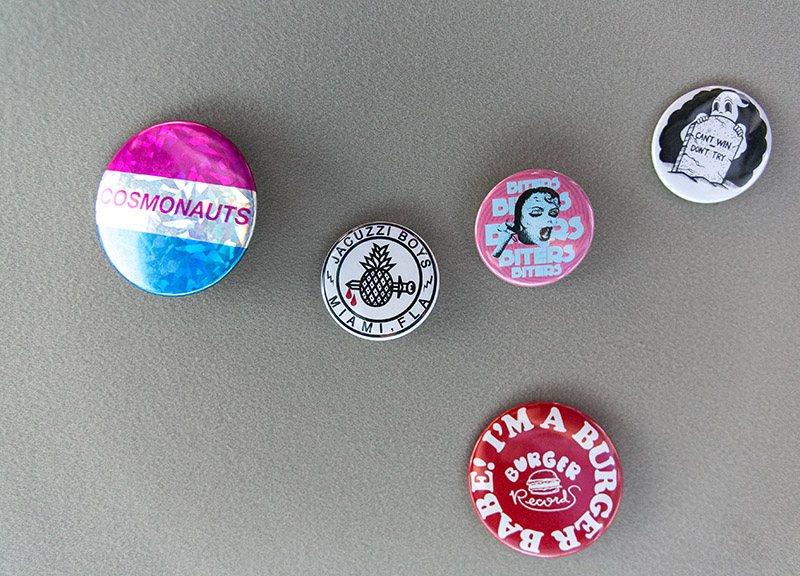 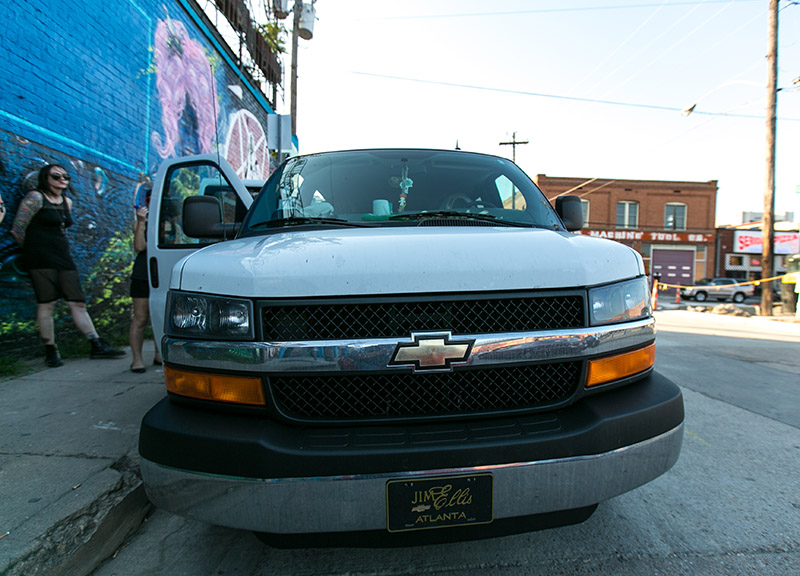 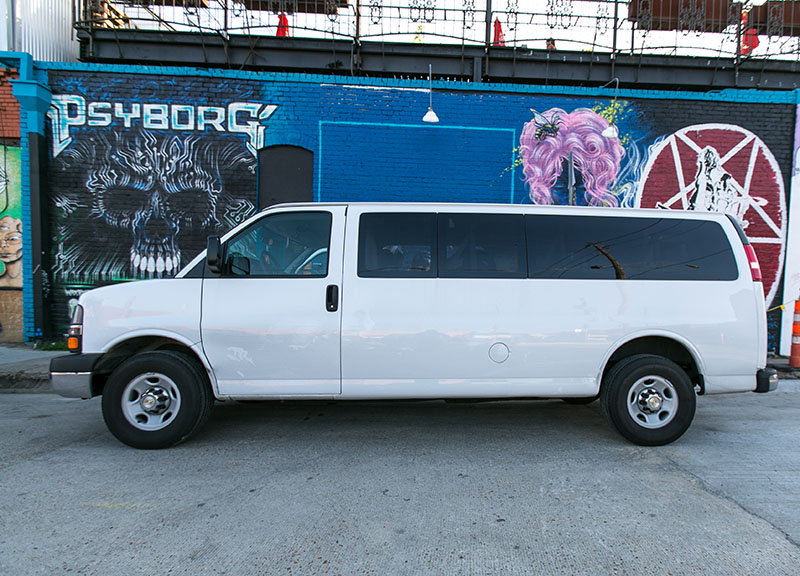 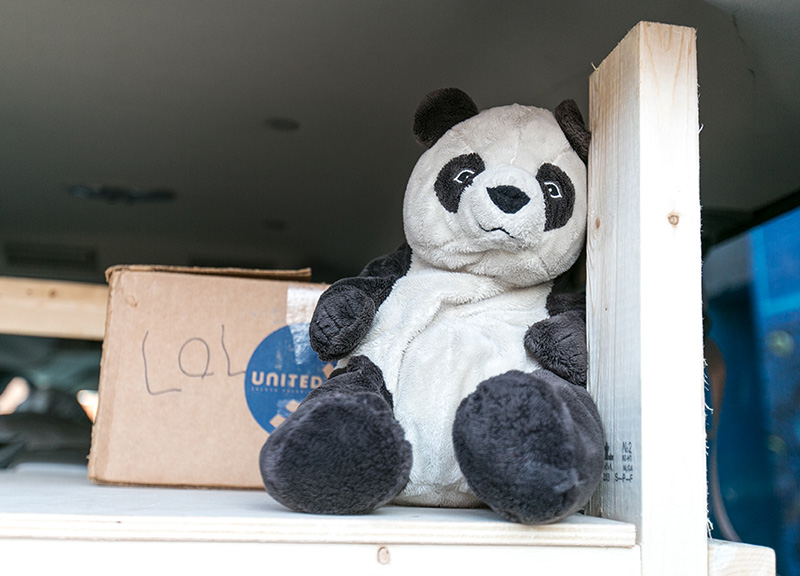 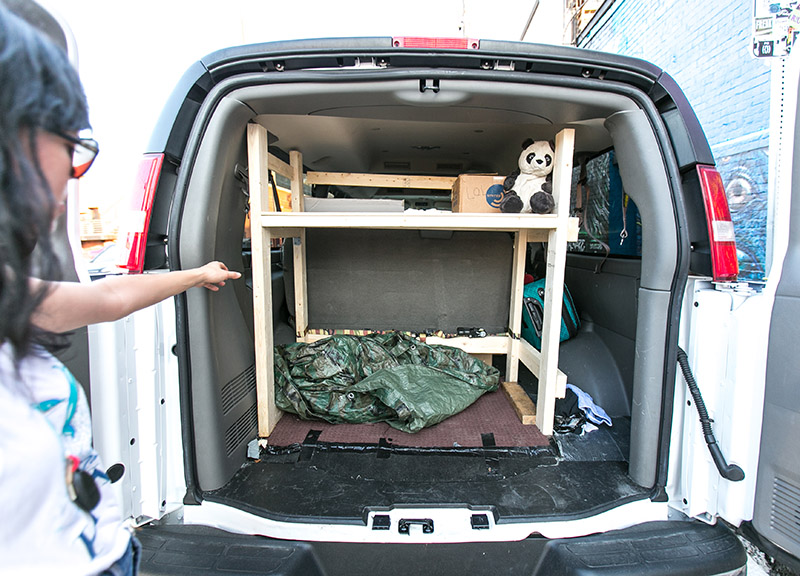 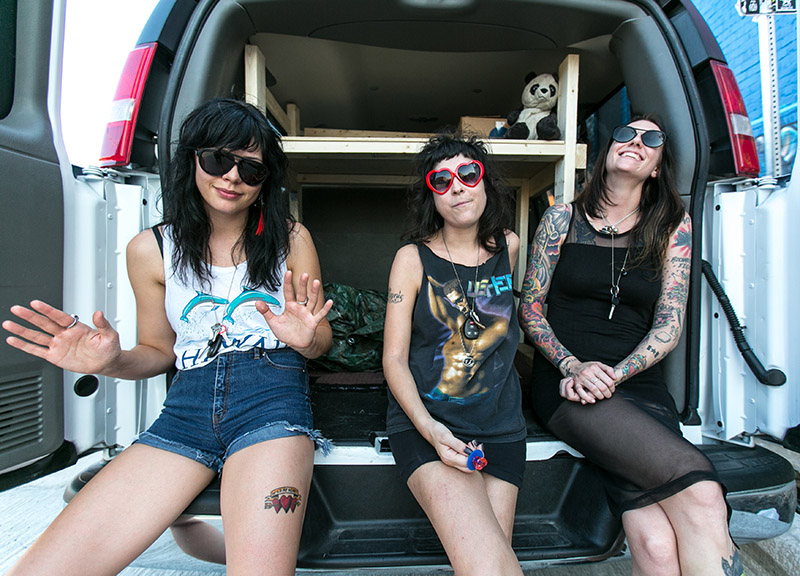