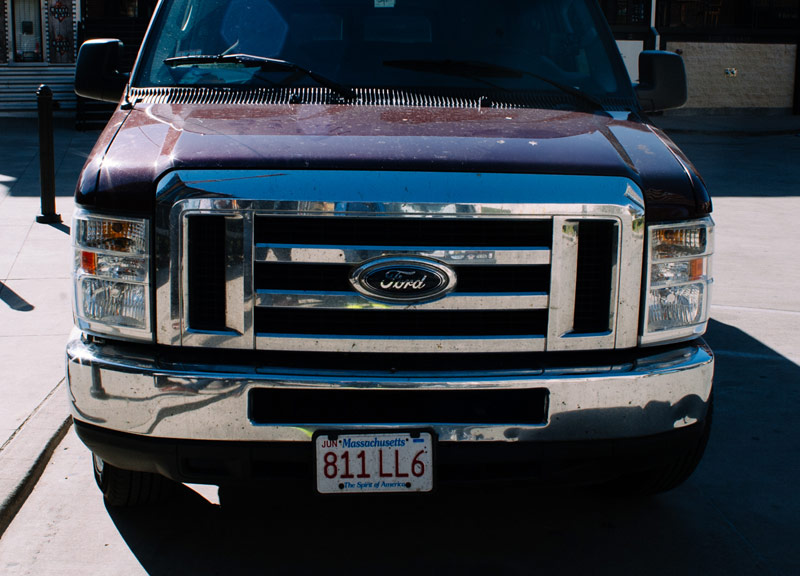 Birds Of Tokyo Travel In A Fried-Out Kombi.

In their native country of Australia, the members of moody indie rock outfit Birds of Tokyo are something of a big deal.

The band's last album, 2013's March Fires, debuted at No. 1 on ARIA (Australia's version of Billboard). More impressive? Their single, “Lanterns,” earned triple platinum status after being the most played song on Australian radio for the first six months of 2013.

Here, though, the band is just starting to catch on. To that end, the group's American tours aren't necessarily the massively produced undertakings they might be back home. Nor are are Birds of Tokyo headlining big, sold-out gigs or playing main support for acts like Muse.

But they are booking shows. And, to that end, before their opening turn as part of tonight's âœ âœ âœ show at Trees, Birds of Tokyo's members were kind enough to show off their cruddy, rented American van to us, while providing insight on how bands touring in America have it compared to acts in other parts of the world.

Band Name: Birds of Tokyo.
Van Name: Rattly Ron Burgundy.
Year/Make/Model: “It was made on earth, we know that. But it's well past its use-by date.”

Where did your van come from? How did you acquire it?
Kenney: “We actually had a tour bus that we had to leave in Nashville, so this thing came down from Boston to meet us there. South By South West was on, so it's hard to get a band van. We had to get it shipped in from up north there. Hence how we came across old Ron.”

How long have you been in this van, then?
Kenney: “Nearly two weeks.”

And how much longer will you have it?
Spark: “Two days.”
Kenney: “We're going to fly out to L.A. on Thursday, so we're going to drive it to the airport then set fire to it.”

What makes this van special compared to other vans you've been in?
Spark: “We sort of have a system going. It's pretty much based off of a certain type of aircraft. You've got seat 1A, who is the captain. That's kind of business class, the cockpit. The second seat starts at 6A as airplanes do, y'know. You don't have 2; that's sort of premium economy. Then it sort of rolls back to 6A, 6B and 6C. It's also more about the roles. 1B is a very important role.”
Ian Berney (bass): “You're the commanding officer.”
Spark:: “You're in charge of the Red Bull, which we call 'production water.' There's little holes for the production water, and then there's emergency production water. Generally there's two — one in the cockpit and one somewhere else.”
Berney: “Your primary role is to stimulate the driver and keep him interested in his job.”
Spark: “And whether that is playing Katy Perry or, like, Slayer or something, it's that you've got to keep the banter going. You've got to be informative. You've got to look up things on the Internet and explains things like Phil Collins versus the Ultimate Warrior.”
Berney: “It's a lot of responsibility, actually. You can list things off of Wikipedia, like the different types of roadkill and what are the highest stats.”
Spark: “What's the hardest roadkill to kill?”
Berney: “'What does Red Bull actually do to you?' is pretty good.”

What does Red Bull actually do to you?
Berney: “All kinds of horrible shit.”

What are the worst things about this van?
Kenney: “If you go over 70, it starts to get speed wobble. It shakes the whole van and the windows rattle along.”
Spark: “The window no longer works in seat 1A.”
Kenney: “The air conditioner vents fell out of the roof. My cup holder came off the first time I used it. The seal to the door is fingered from Day One.”
Spark: “We opened the two doors, and it just fell off on the floor. We kept taping the stuff, but it just keeps falling down.”

Who does most of the driving?
Spark: “Steve, our production manager. It is the will of the people.”

Does anybody else ever drive?
Spark: “Yeah, we do. We fancy to do long, three-to-four-hour shifts. There's also the juice pit in the back. That's where you get to lay down in the full bed.”
Kenney: “Our drummer refuses to drive — because he can't. He doesn't have a license. He doesn't know how to drive.”

I'm guessing you haven't been in it long enough to have any crazy breakdown stories.
Spark: “We had our hubcaps stolen. We got into the hotel in Austin the other day during SXSW — and all of a sudden noticed we had no hubcaps.”
Kenney: “Who does that? Who steals hubcaps from a piece of shit like this?”

What's been you best memory from being in the van?
Berney: “There's been constant stoppages for doughnuts. Impromptu doughnut stops.”
Spark: “Ron likes to guide us to doughnuts. Somehow he just seems to know where all the doughnuts are.”
Berney: “It's a newsman thing, isn't it? Doughnuts are a very popular item, and Ron knows what he wants.”

In Australia, you guys don't really tour in vans that much. You tend to fly a lot more. So has this been a different experience for you?
Kenney: “It depends on what sort of tour you're doing. If you're just doing capital cities, we fly. If we're doing towns in between, we'll spend weeks in a van. But it's a lot smaller. It's more like a people mover or a minivan. Generally, the gear goes up by freight.”

That's really different.
Kenney: “We've got like five major cities, so being in a really large-scale bus for weeks at a time doesn't really make sense.”

So do you guys even own a van in Australia?
Kenney: “No. They're pretty cheap to hire. To be honest, touring here and touring in Australia are very different ways this band operates. In Australia, we take around fucking tons of gear with us. It's a fairly big operation. Over here, we're able to get some gear in the van and just sort of cruise around like this.” 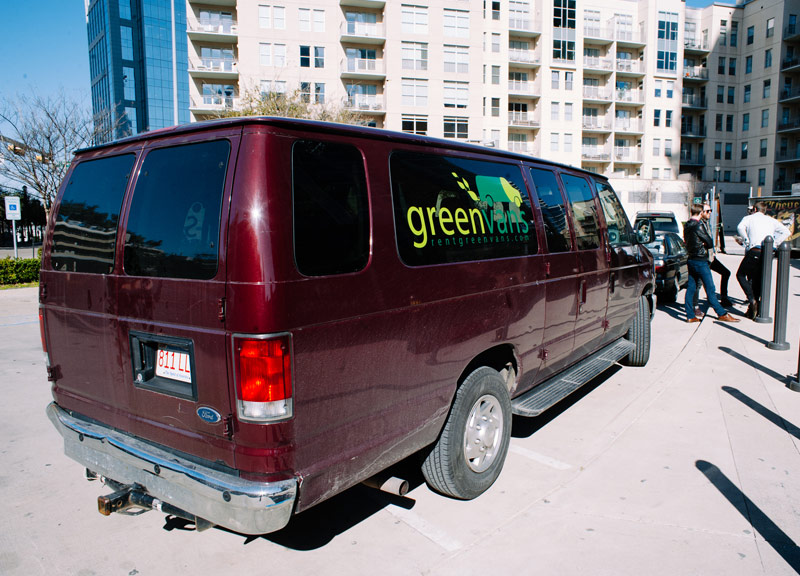 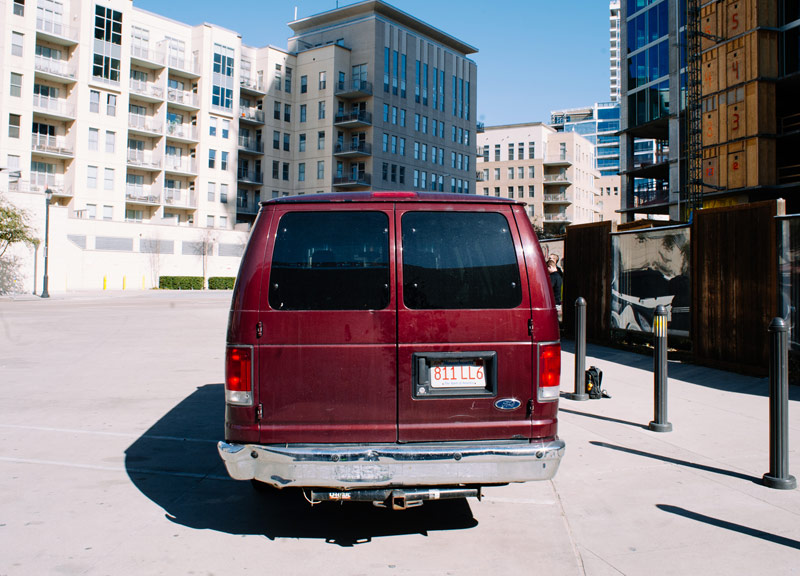 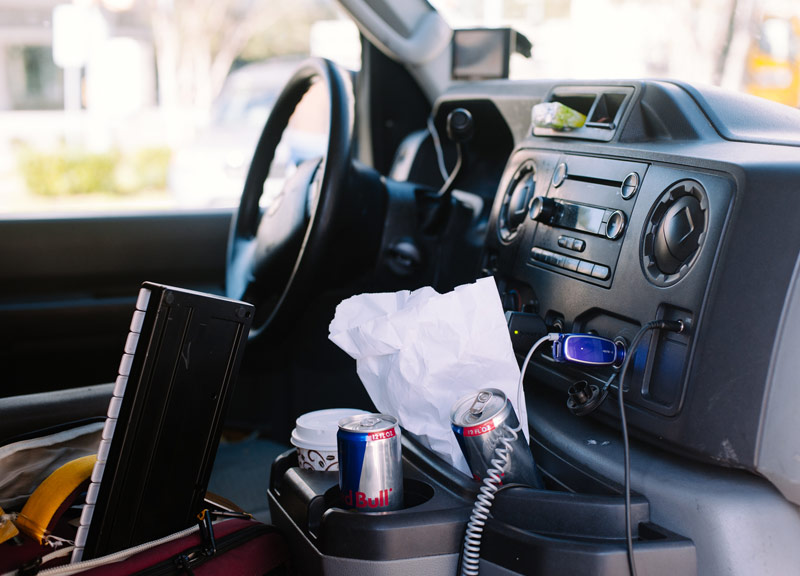 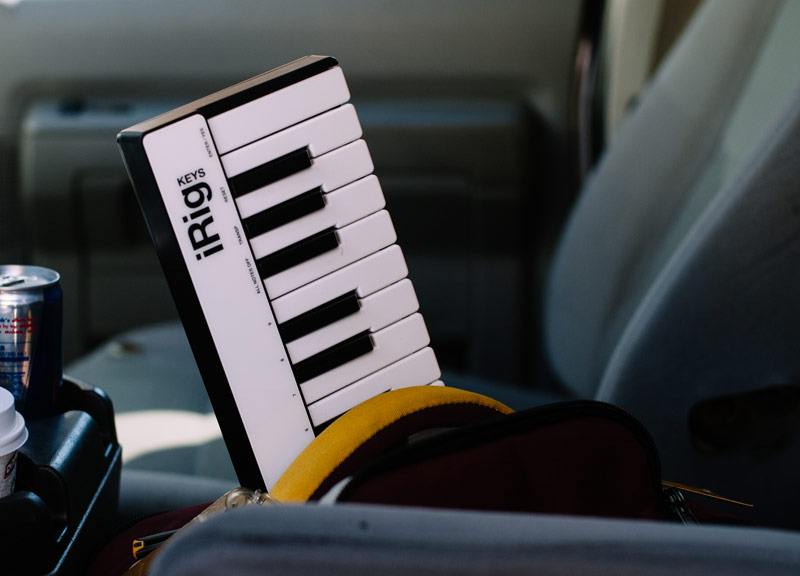 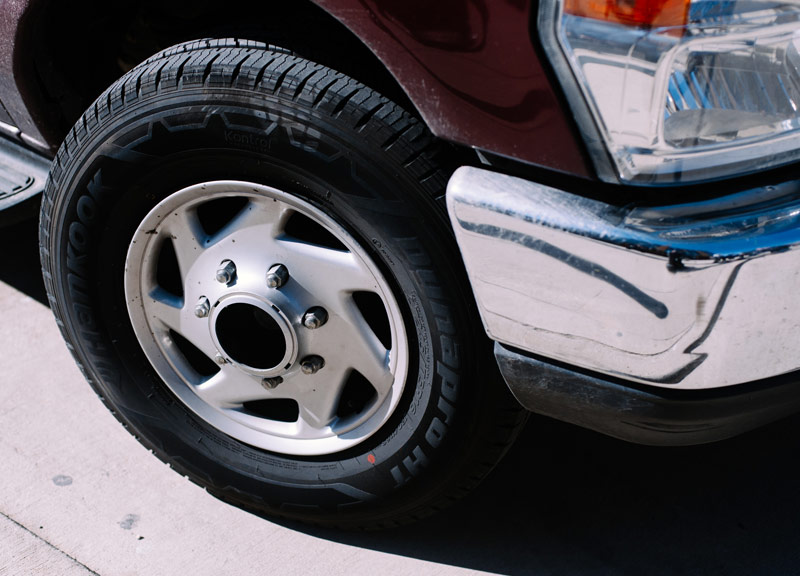 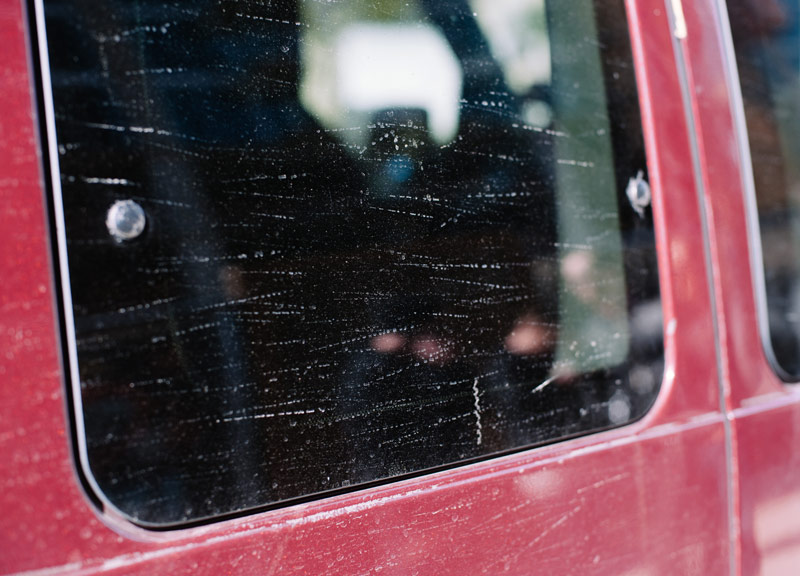 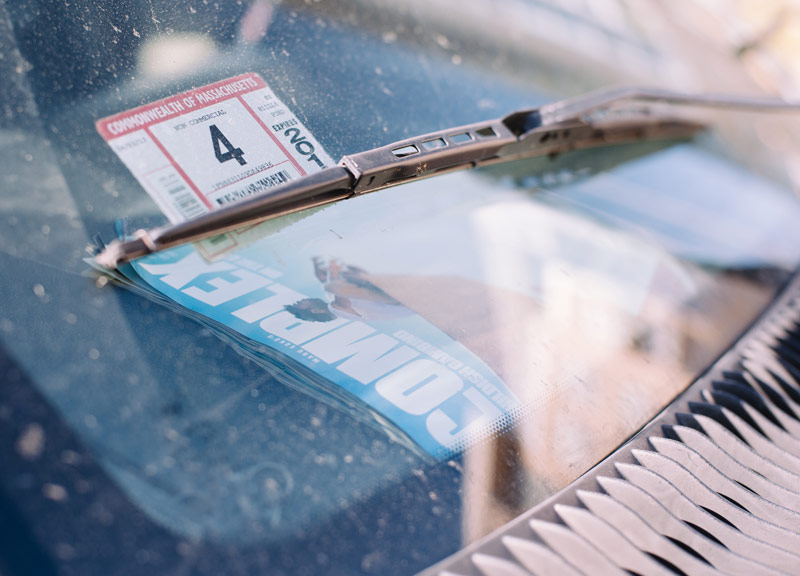 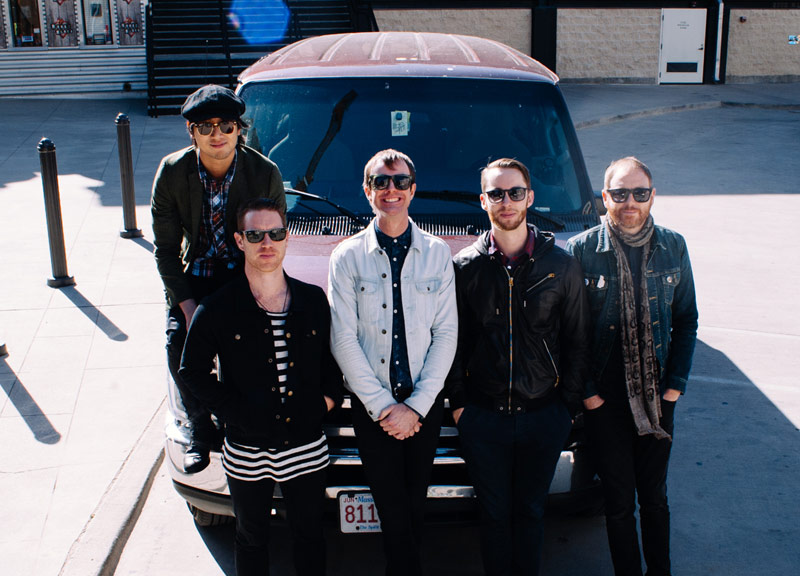