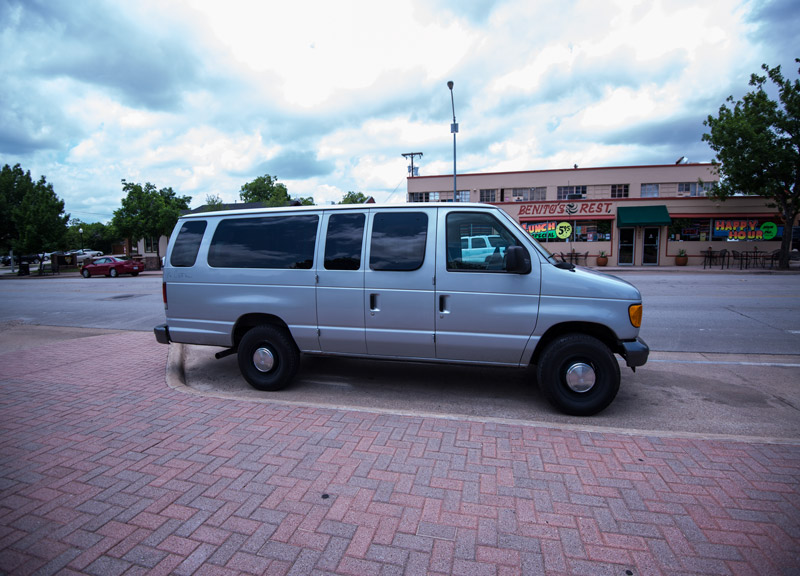 In the past few years, dozens of bands have popped up around the region to proffer a sound that blends Texas blues with country undertones and then tosses in a hearty dose of distorted electric guitars. But few in the genre stand out like Fort Worth's Quaker City Night Hawks — something that is especially true of live settings, where the band truly, truly shines.

And, ever since they bought a van of their own back in February (and, more recently, signed a deal with national booking agency Paradigm), the band has been hitting the road rather hard and taking their locally acclaimed show on the road, playing everywhere from biker bars to this year's Hangout Music Fest in Gulf Shores, Alabama.

Last week, we caught up with frontman Sam Anderson, bassist Pat Adams, keyboardist Andrew Skates, and lead guitarist Dave Matsler outside of Benito's Mexican restaurant in Fort Worth as the band was getting ready to enjoy some pre-show margaritas before hopping in their van and heading up to McKinney for — you guessed it — yet another a gig.

Where did your van come from? How did you acquire it?
Pat Adams (bass): “We got it from Auto Fleet Remarketing in McKinney. If anyone is in the van game — if you're a serious buyer — that's where to go, man. He hooked us up pretty damn good on this thing for it being such low mileage.”

What makes your van special? What are its best and worst features?
Sam Anderson (vocals/guitar): “It's got a TV with cow horns on it. That's a bonus.”

Do you guys watch DVDs when youâ€™re going down the road?
Pat: “Oh yeah. We stopped at a Love's one day and they had a TV on sale that just plugs into the cigarette lighter, so we went all the way on that.”

Who usually does the driving?
Pat: “I do a bunch of driving. We switch. [Lead guitarist] Dave [Matsler] does a bunch of driving. We're pretty much the two main drivers. Whenever we all get drunk, we let our road manager, Wayne Floyd, drive us. But that's about the only time the rest of us feel un-nervous enough to let him take the wheel.”

Is anybody not allowed to drive?
Pat: “No. Well, let's say [drummer] Matt Mabe, because as soon as he gets in the van, he falls asleep.”

Do you have any good breakdown stories?
Pat: “We always have trailer hell. We've had to stop at pretty much every AutoZone between here and anywhere to re-wire the trailer. There's always something wrong with it.”

What are your best memories from being in the van?
Sam: “We played the Hangout Festival about 12 hours after we got done playing the Fort Worth Music Festival. We just drove straight there, overnight. My favorite thing is just figuring out I have a new little A-frame home where I can sleep on the ground.”
Pat: “Sam is the floor-sleeper. He's the smallest guy, so he usually hits the floor pretty hard. We recently flipped one of the seats around, and it created this perfect little nook. It's his little home.”

What are the best modifications you've made to the van, decorative or otherwise?
Sam: “Yeah, a lot of them are animal-themed.”
Pat: “We've got our fox tail that someone had. We've got the classic beaded seat.”
Sam: “We've got the alligator claw. That's for grabbing things. We've got a practice amp.”
Pat: “We turned that seat around, so we've got a little living room.”

And, of course, you've got the Van Cliburn sticker back there. Where did that come from?
Pat: “We had a different name for the van originally. It was Steely Van. And then, when Van Cliburn [died] we thought, 'Holy shit, how did we miss that?'”
Sam: “He passed away, and we felt obligated to pay him homage.”
Pat: “Matt Mabe, our drummer, was looking around for [his signature] one day and he found it on his website. I've got a buddy who owns a graphics shop, and he whipped that up for us. We definitely looked around to try to find the best spot to put it, as well. We figured back there it looked like — y'know how there's the Eddie Bauer edition? — this is the Van Cliburn edition.”

Anything else we you'd like to tell us about your van?
Pat: “One thing that's a major bonus is that there's no carpet in here. It's just a plastic floor. That keeps our funk down pretty good.”
Sam: “So it doesn't smell like a middle school locker room.”
Pat: “It does. But it doesn't stay very long. We also burn incense in here rolling down the road so it doesn't smell like a foot. But we're still just making stories in this thing. We've really just been working in it. Really just driving. I'm sure there will be many to come. We've changed the oil in it, like, six times in two months. We're moving, man.”

Do you guys have any other crazy road stories?
Pat: “This last weekend, we played at a place called Medicine Park, Oklahoma.”
Sam: “We got described as 'high fashion.'”
Pat: “The people were so nice. They were great. But it was literally one of the most redneck things we've ever pulled up on. We had our day-of contact we were trying to call, and it was really hard to get a hold of him. We finally pulled in, and it's like this really old river town — really small. There was this amphitheater — or that's what they called it.”

Sam: “Amphitheater! It was a plywood stage.”
Pat: “This guy rolls up on a motorcycle and he's talking to us.”
Sam: “He's our day-of contact.”
Pat: “He's wearing a tank top, flip-flops, cargo shorts. He's an older dude. He's like, 'Here's my card. Take it down there to the restaurant [called The Plantation], and they'll feed ya.' We get down there, and I”m reading the card. He's the mayor! It's the mayor of this town, and he's riding around on a motorcycle just chillin'! I'm pretty sure I saw like two pregnant people drinking.”
Sam: “Lots of pregnant smoking.”

Pat: “There was a lot of no-shirts and ones you couldn't tell were a man or a woman.â€
Sam: “Any time you'd say something into the microphone like, 'How's it going, Oklahoma?' you'd see 150 to 200 of those dayglow, neon, yard-long margaritas go [in the air].”
Andrew Skates (keys): “And, like, the weekend before, we're standing onstage with The Roots, watching them play. We're really running the gamut. Crazy week we just had here guys.” 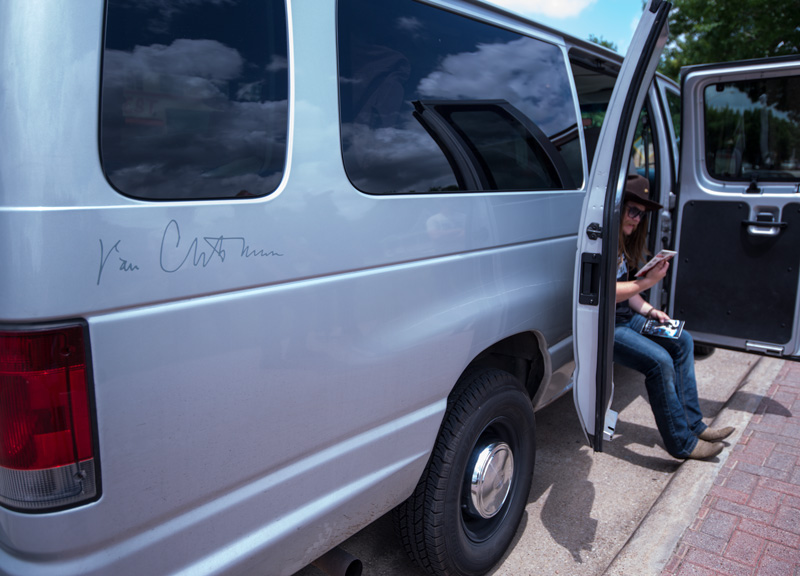 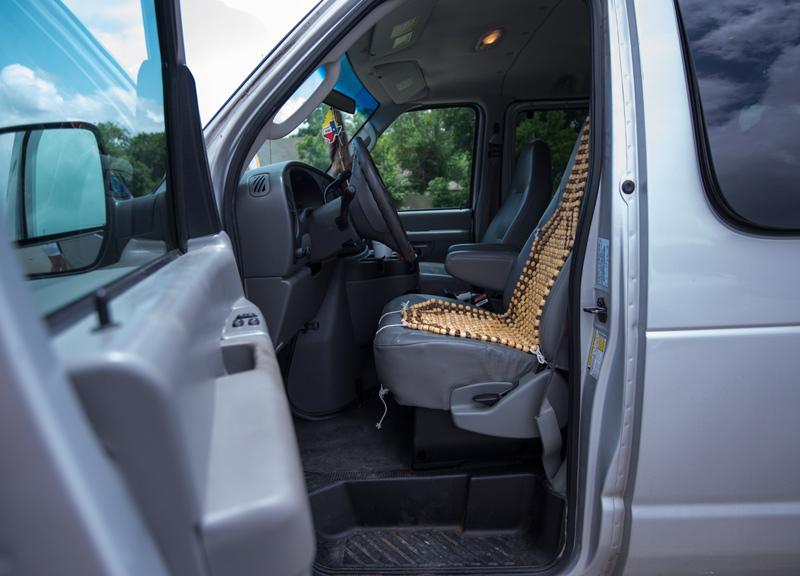 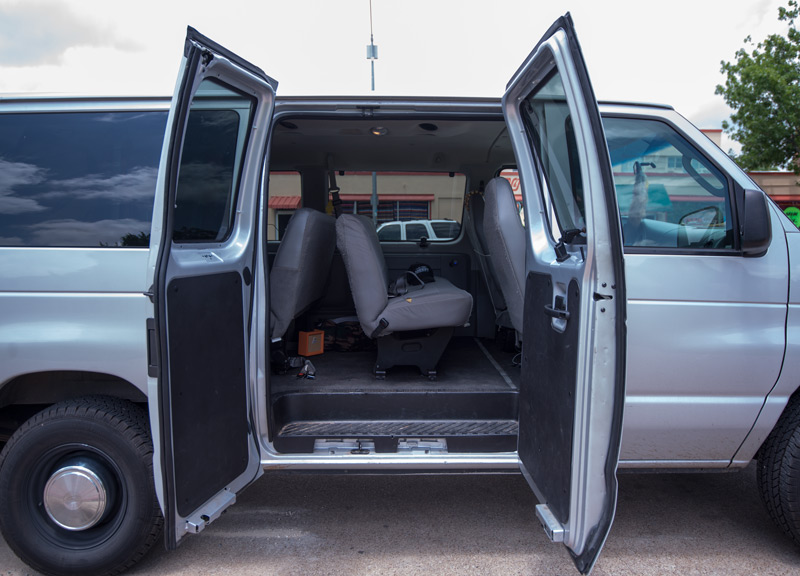 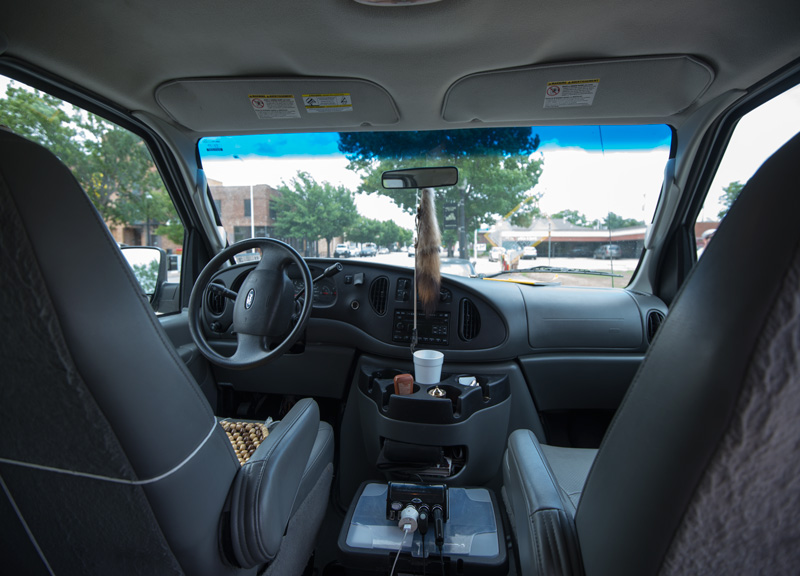 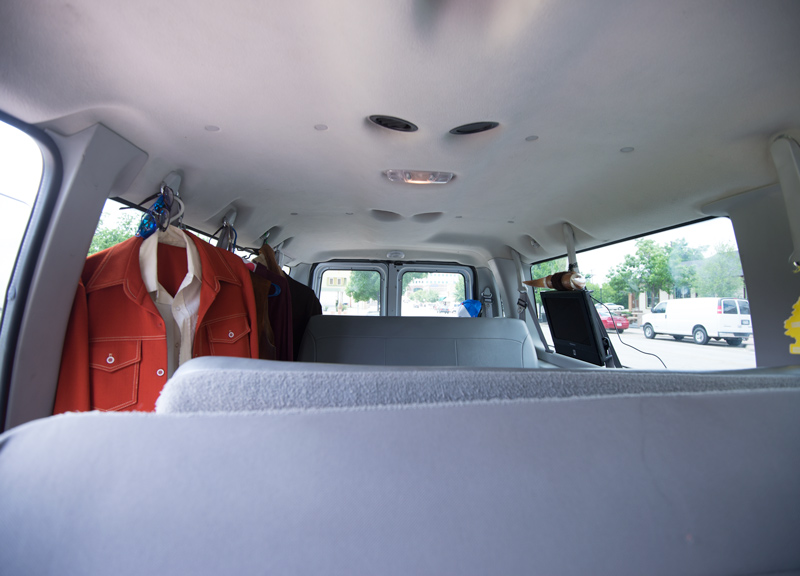 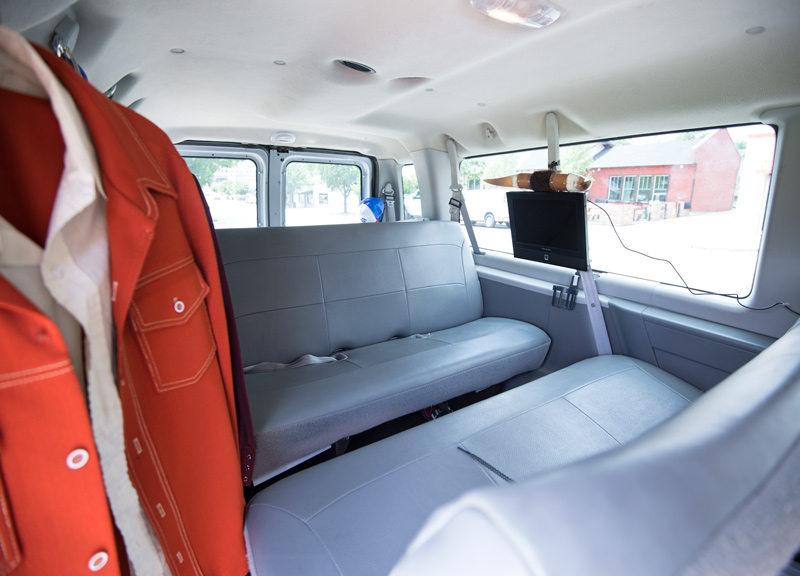 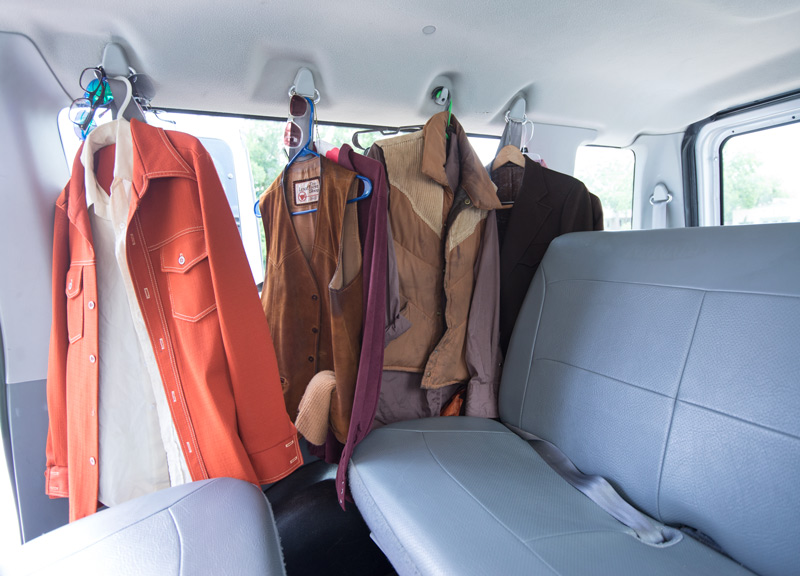 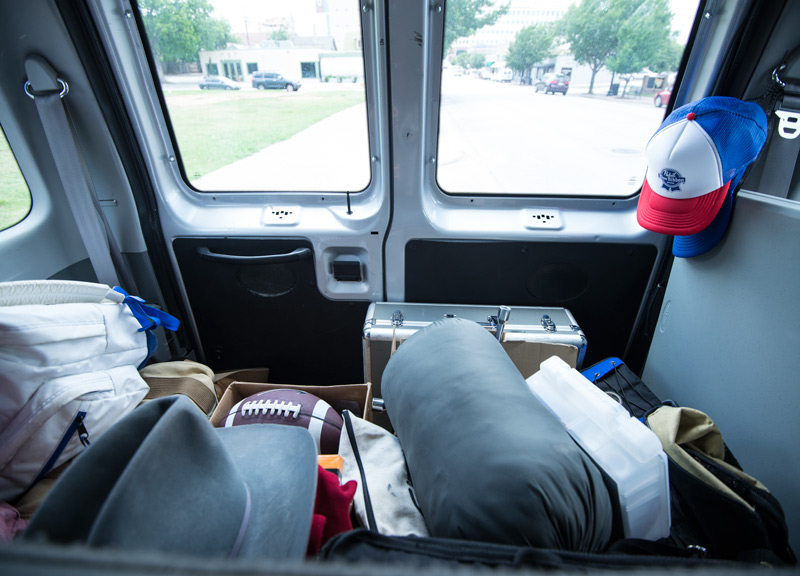 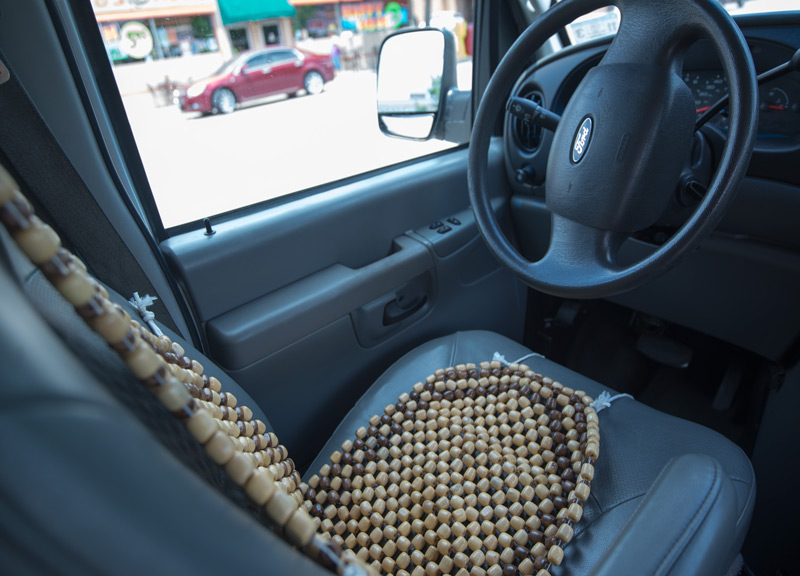 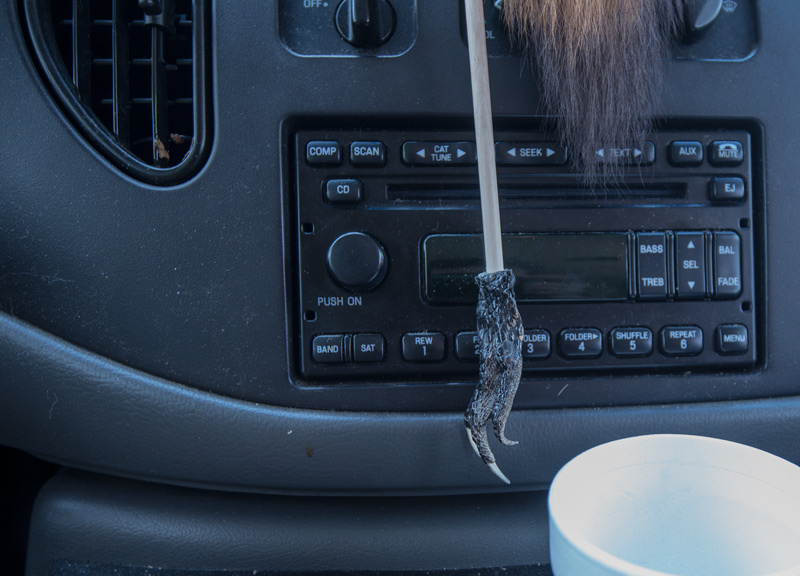 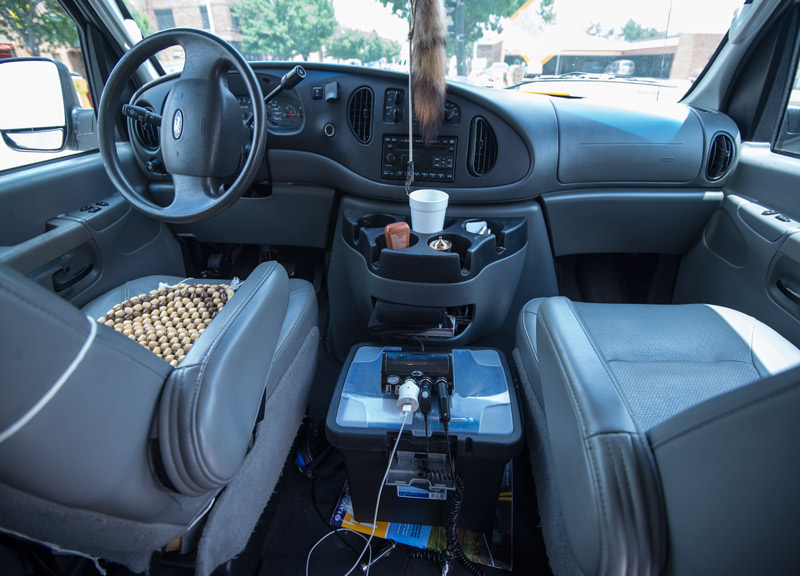 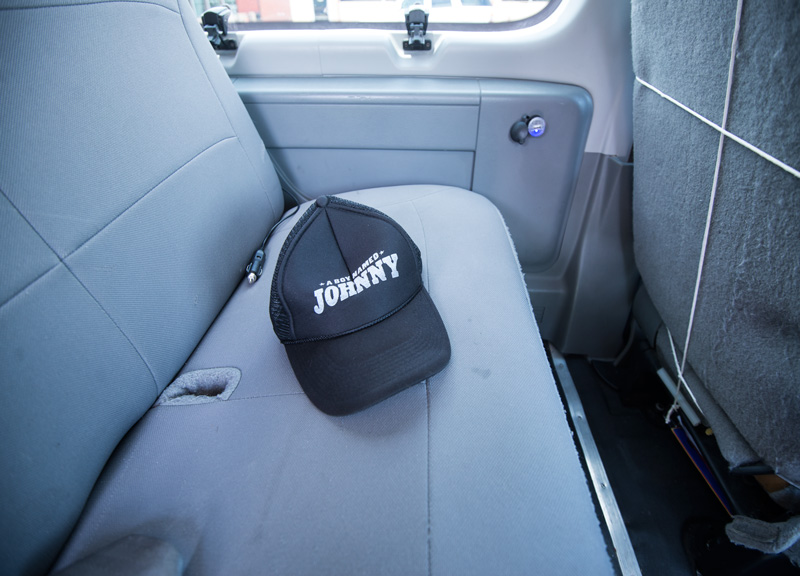 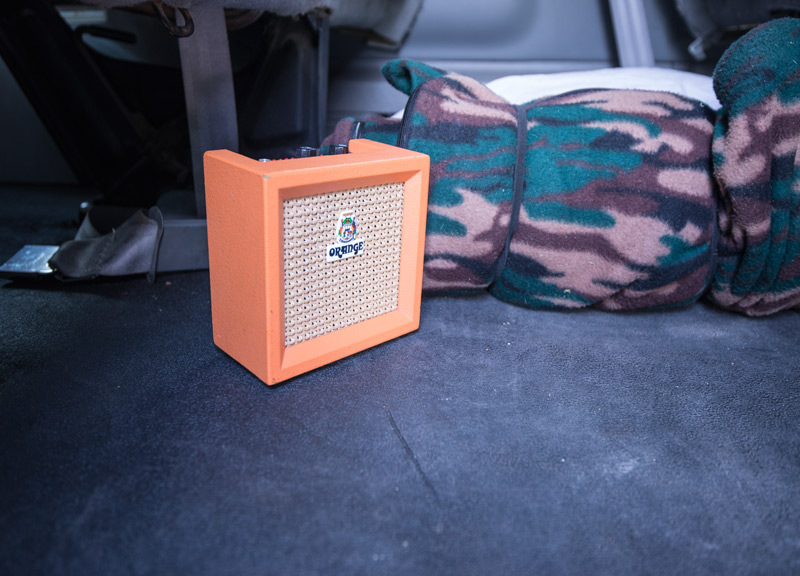 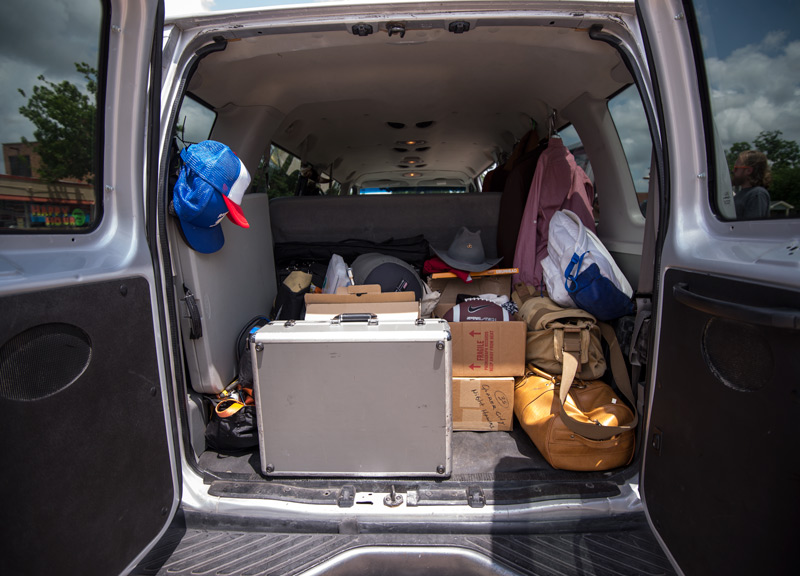 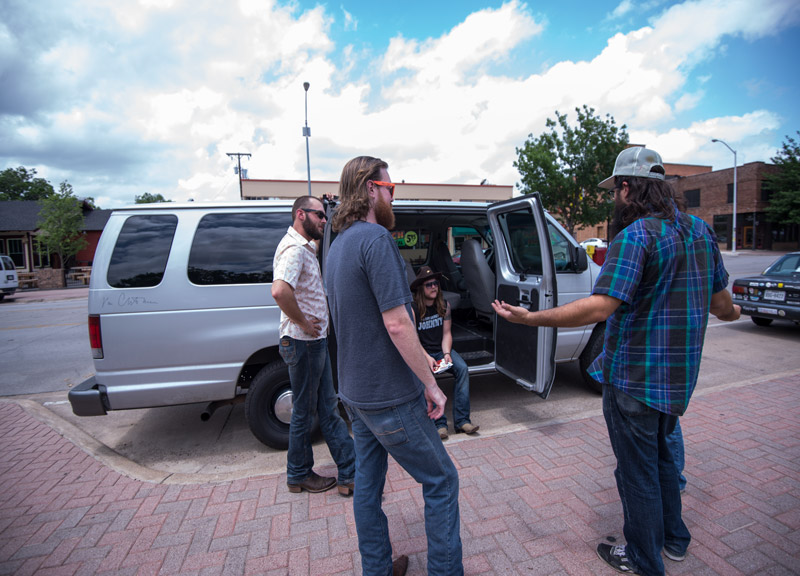 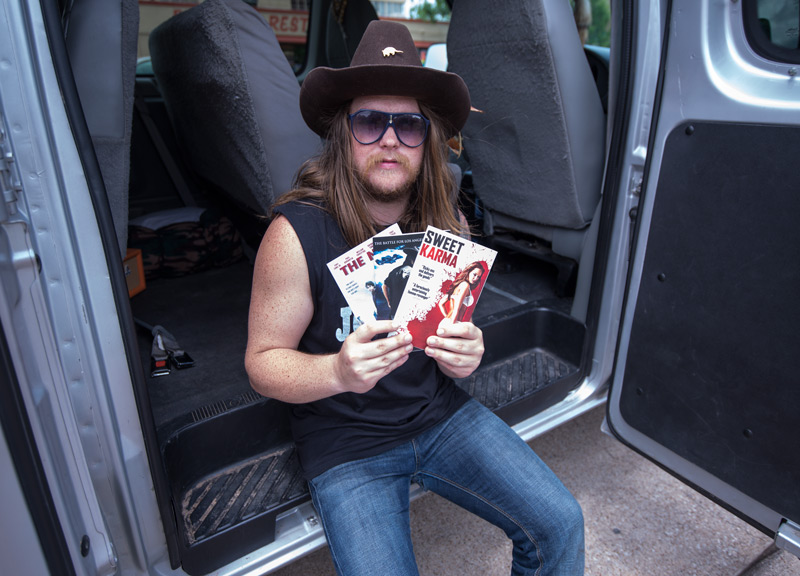 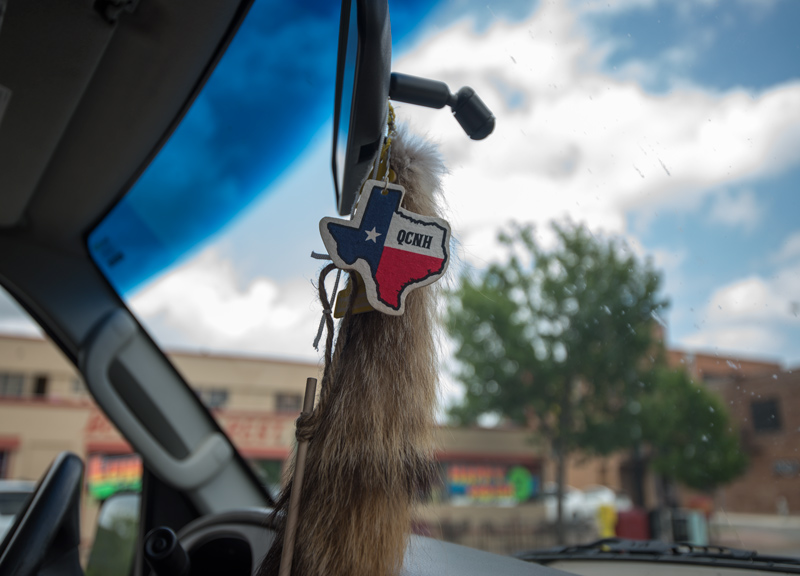 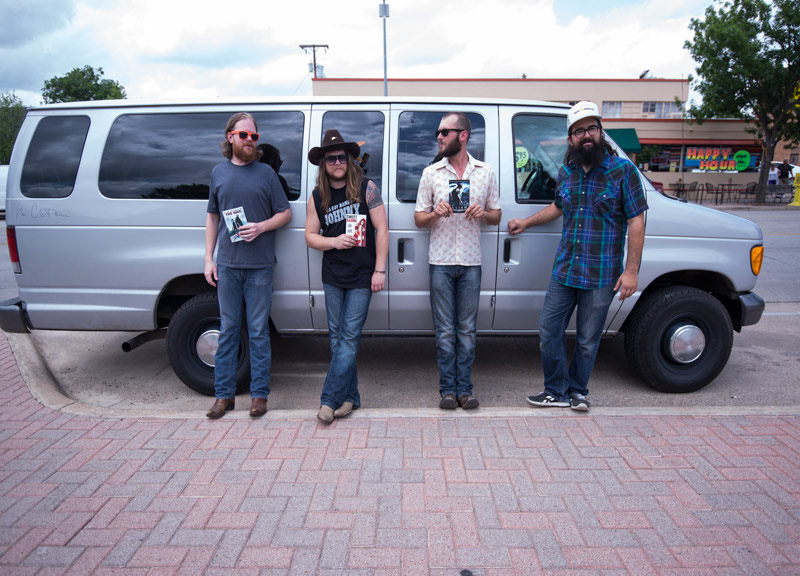