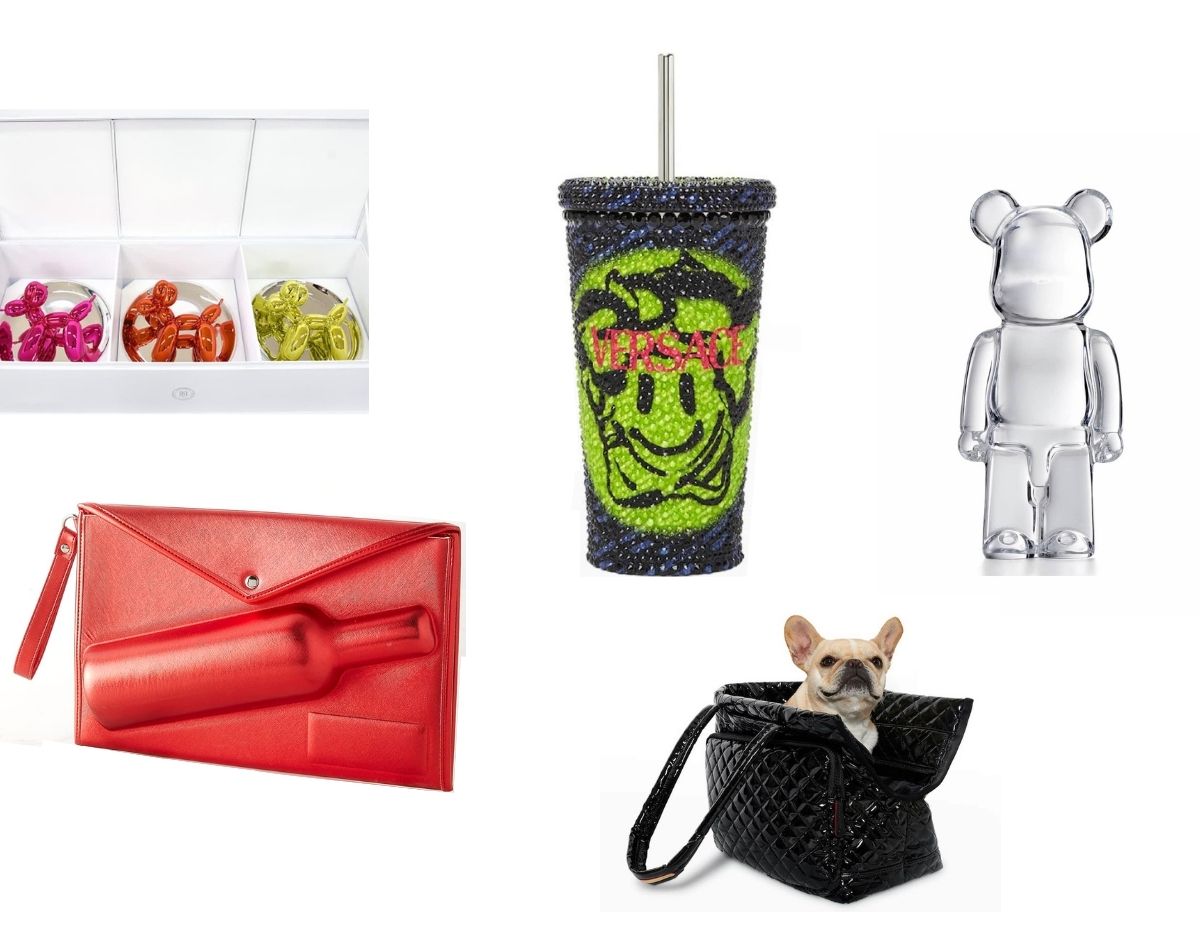 Overpriced, Gaudy And Impractical, These Gifts Featured on Neiman Marcus’ Holiday Gift Guide Will Make You Clutch Your Pearls.

With bankruptcy, boarded windows and CEO Geoffrey van Raemdonck giving himself multi-million dollar bonuses being some of the headlines about luxury retail chain Neiman Marcus, 2020 was a cringey year for the company.

In 2021, the retailer is rebounding from the bankruptcy. Van Raemdonck reported a good quarter and announced new sustainability efforts — which sounds good but we still have our eye on you, Neiman Marcus.

Last year, we walked you through all the things that happened with the store, while highlighting 15 of the wildest items on its gift guide. And now, with another holiday season upon us, we still want to make fun. The company is still desperately trying to milk the public — who is still struggling with the repercussions of the pandemic — with its gifts that are only fit for the ultra-wealthy and monstrous Roy family of HBO’s Succession.

Here are 12 more ostentatious items that Neiman Marcus has the audacity of suggesting as gifts. 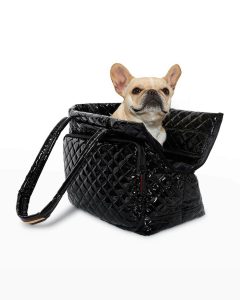 This nylon and leather quilted carrier is for the fanciest of dogs. Dogs that are no doubt shopped for, not adopted, and are disease-ridden and abused from the horrid conditions of the puppy mills that they came from.

Nothing says “merry Christmas” like paying $235 for something that will inevitably get shit in. 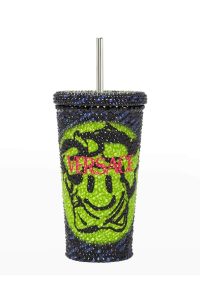 Yeah, this aluminum traveling cup is over a grand. Sure, it’s Versace and is bedazzled, but a grand? A grand to drink my juice? No.

Sadly, Neiman Marcus didn’t list how many rhinestones are glued onto the cup. If they did, we would calculate about how much it would cost you every time one falls off. If anyone out there is good at those “guess how many jellybeans are in the jar” games, hit us up. 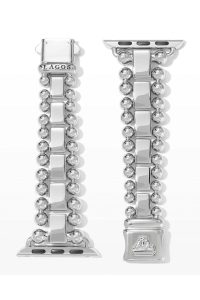 This stainless steel Apple Watch accessory costs more than an actual Apple Watch! If seeing someone wearing one of them wasn’t already unappealing enough, (sorry Apple fans) adding a designer strap will make it even more garish.

This was the first of the straps we found on the holiday gift guide, but Neiman carries even more expensive ones, the highest being sold for $35,000. 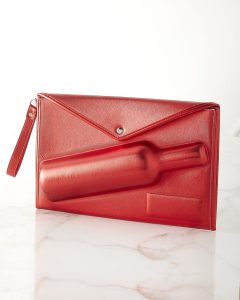 Ok, $36 isn’t bad of a price for a clutch, but what even is this product? Are we walking around town with a whole bottle of wine?

It’s not meant for sneaking — just look at the design, it’s putting your whole business on full display, and it’s so ridiculously funny to look at. 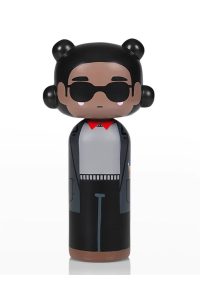 Considering Basquiat was strongly anti-capitalist, this feels very appropriative and gross to the late artist.

This is like the Tiffany & Co. debacle from earlier in the year, when Beyoncé and Jay-Z posed with a previously concealed Basquiat in an ad for the multi-billion dollar jewelry company.

Also: some of their other Basquiat products don’t even have his name spelled right. 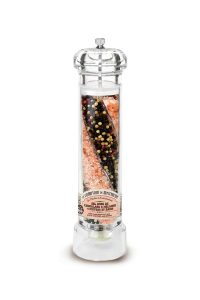 Speaking of taste, why is this salt and pepper $38?

Made in France, this grinder has pink Himalayan salt and a mix of four peppers and berries. And we know that quality ingredients can really make a dish, but we don’t think salt and pepper is where the budget should go. 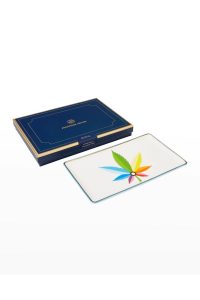 Neiman Marcus isn’t fooling anyone with their “rainbow leaf” — not even themselves, as they also used quotations around “cigarette” in the details section of the product. It’s so quirky when rich White people are 2.6 times as less likely to get arrested for weed possession than Black people in Texas, right?

The details sections also says it’s a perfect present for a “rich hippie host” and we feel like “rich” and “hippie” definielty don’t belong in the same sentence. 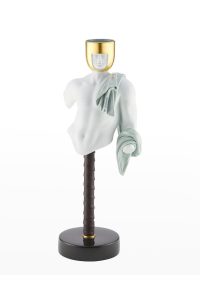 Judging from this insane price, you’d think it was a life-size statue, but no this candle holder is 19 inches tall.

It’s pretty, sure, but can you even bring yourself to burn any of it at this price point? 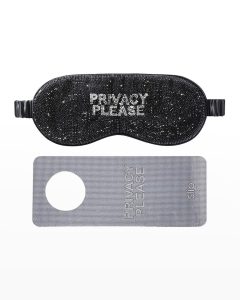 Made up of one silk sleeping mask and one door sign, “set” is a very generous term. In what housing situation will a person get practical use out of the door sign? Is it a sex thing? The classic sock on the door knob will suffice, we think.

Also, a bedazzled mask for sleeping? If they don’t scratch up your hands while tossing and turning, the stones will for sure get all cold and feel uncomfortable on your skin. 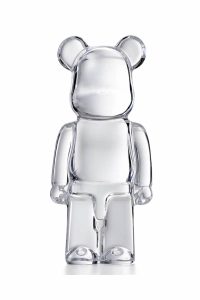 We’re just not too sure what his deal is — his stance is a little menacing and he’s got undies on for some reason. 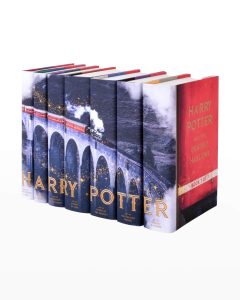 That’s right, the most successful and well-stocked book series in the world is retailing at Neiman for $350. That’s $50 a book, which is the average price for the basic hardback series anywhere else. 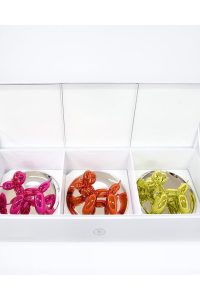 Last but not least (in fact, most — in terms of price), these stupid expensive porcelain balloon dogs.

Jeff Koons’ iconic balloon dog statues are ten feet tall, but these puppies are definielty nowhere near that big, so it boggles our mind that not only people could spend tens of thousands of dollars on them, but spend that much on somebody else.