For most of the country, the major league baseball season gets rolling this afternoon, which makes the following analogy seem all the more fitting: On Saturday night at Granada Theater, rising electro-pop star Kiesza proved herself a five-tool player in every sense of the term.

She could sing. Man, could she sing! Somehow, Kiesza's laser-focused soprano sounded even stronger live than on record — in spite of the fact that she spent much of her set dancing her ass off.

And, man, could she dance! Though she employed two more-than-capable backup dancers to help accentuate her '90s-esque dance tunes, Kiesza easily out-performed her hired guns, and she never really broke a sweat in the process.

She commanded the stage with the skill of someone who's been playing arenas for years. And she had the light show to match. In this setting, her songs came off as well-written balances between that familiar '90s sound from when acts like Technotronic ruled the Kiss-FM airwaves, and the forward-thinking, ultra-modern dance pop of today.

At another point, Kiesza showed some depth — and perhaps proved that she's got some staying power beyond her 2014 debut LP, Sounds of a Woman — when she performed her biggest hit to date, a cover of “What Is Love,” solo by accompanying her own vocals on keys. No, she's no one-trick pony.

Better yet: As extraordinarily polished as it all came across, she passed the Shazam test, too. Meaning? If she was relying on any backing tracks, it wasn't enough for the app on our phones to detect it. Yes, this is a silly thing to admit to, perhaps, but so good was Kiesza's live set, that we couldn't help but check. The performance was just that unbelievably strong.

It was good enough, anyway, to hold the attention of a packed house that previously had been mostly preoccupied with using the Granada's Twitterfall as its own personal Grindr, with phone numbers being publicly posted in exchange for hookup and after-party details.

The show was fantastic enough, too, to completely steal the limelight from the otherwise excellent opener, Betty Who. Yes, most headliners are supposed to outshine their respective warmup acts, but the overwhelmingly charming Betty Who also brought with her a fan base so fanatical that she was presented with gifts throughout the set, including a bouquet of roses, painted portraits and a flannel shirt embroidered with lyrics from one of her songs.

As universally adored as both of these acts were within the space of the Granada this weekend, it's hard to imagine career arcs for these young performers that don't include bigger and better things.

All photos by Sarah Huggins. 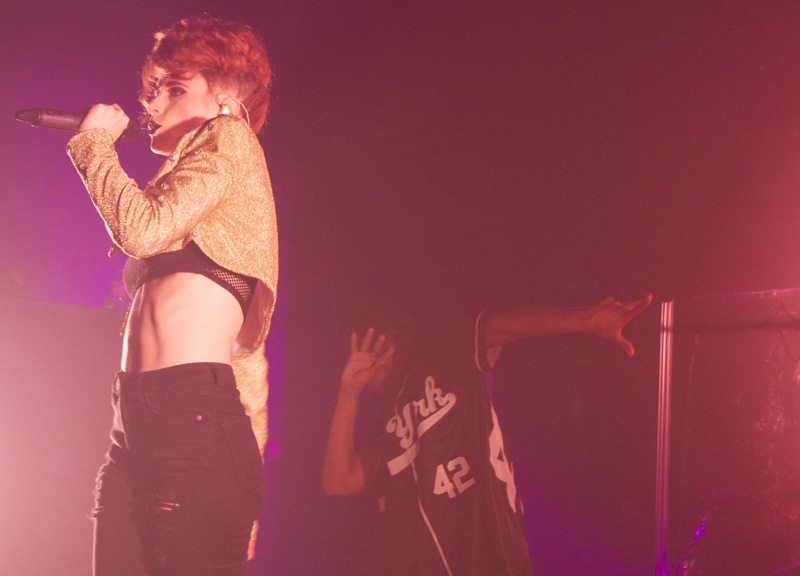 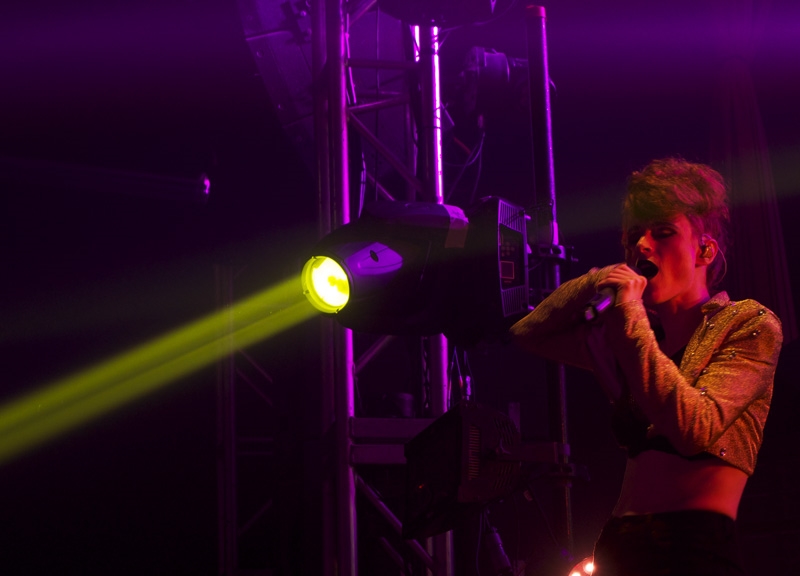 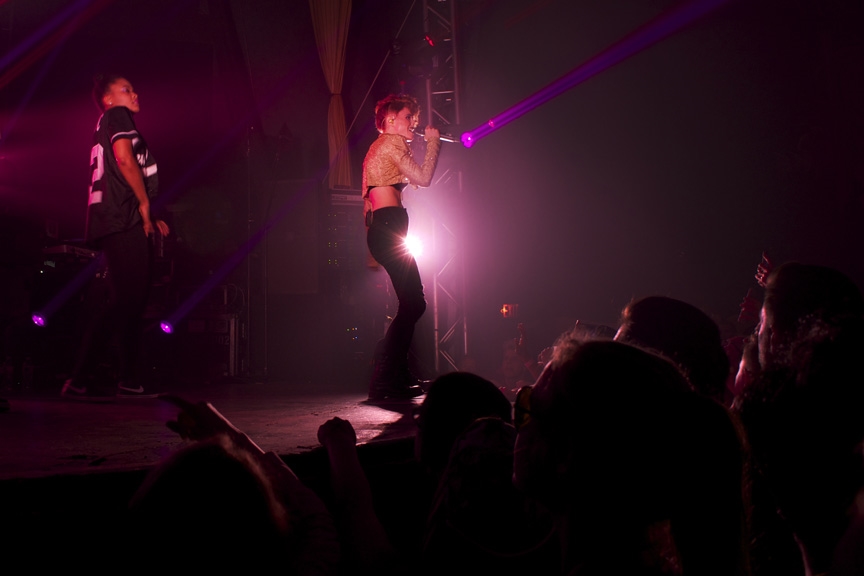 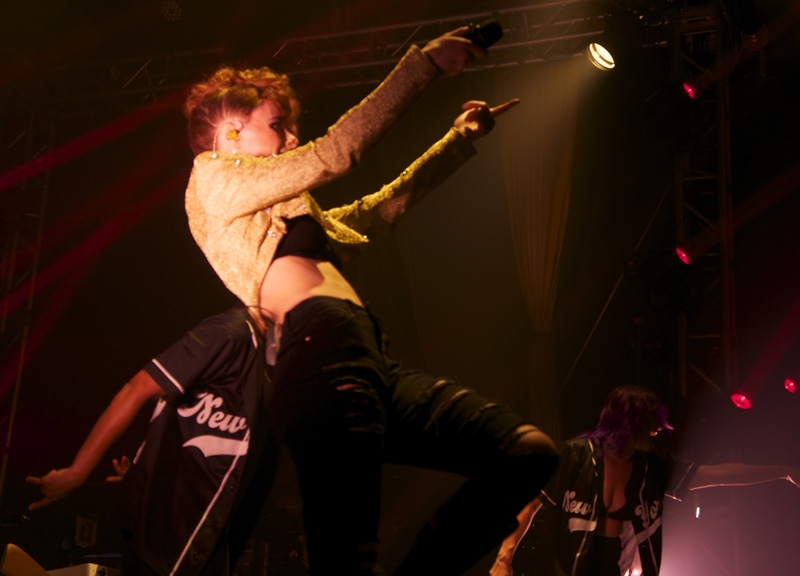 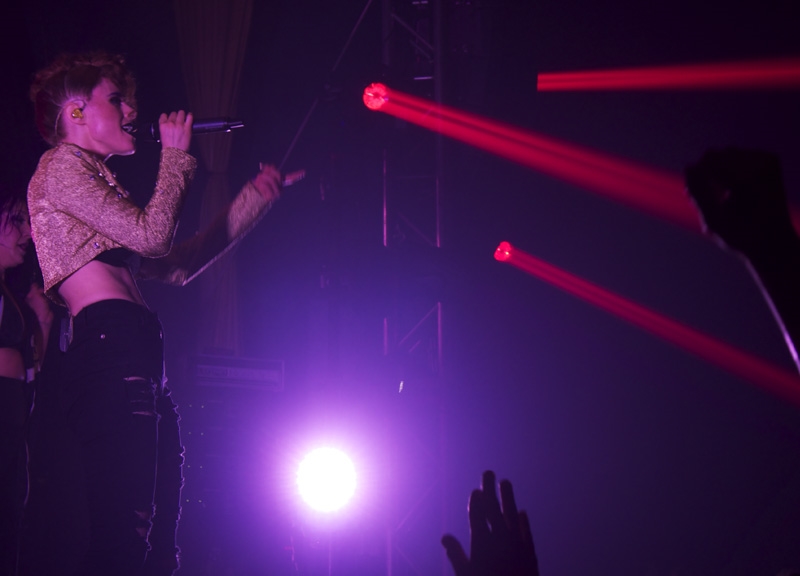 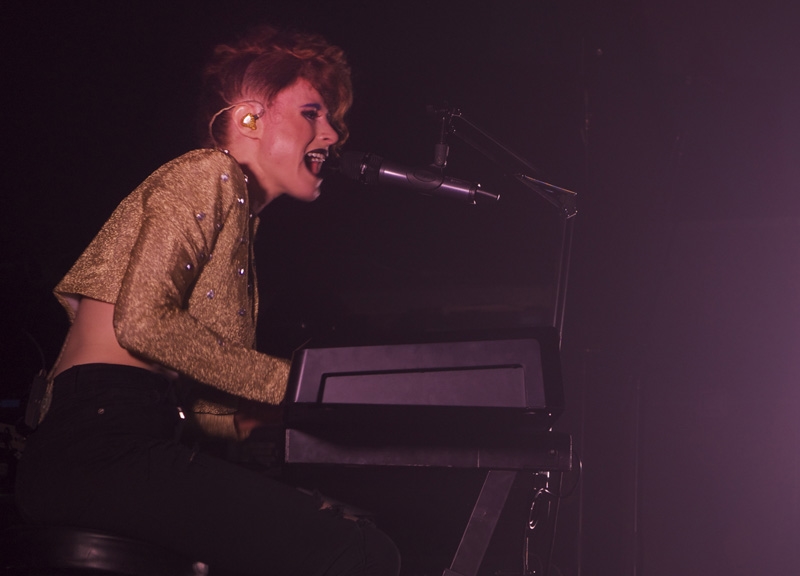 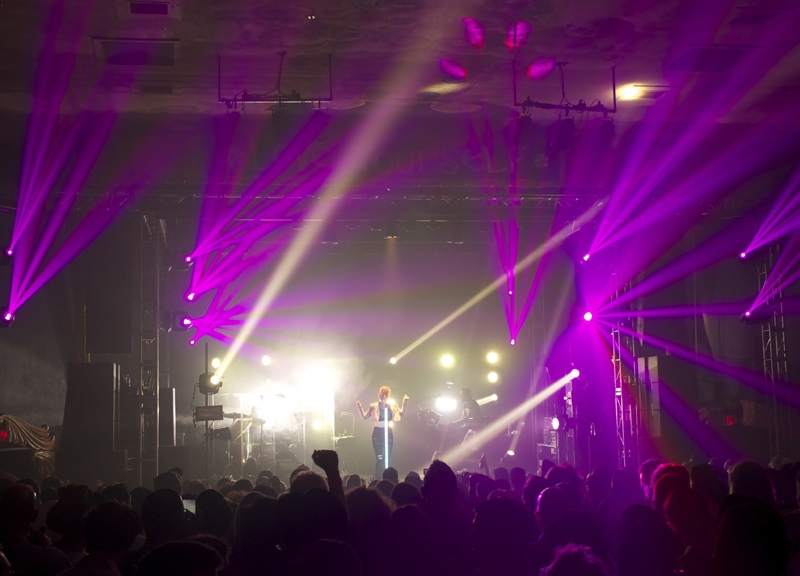 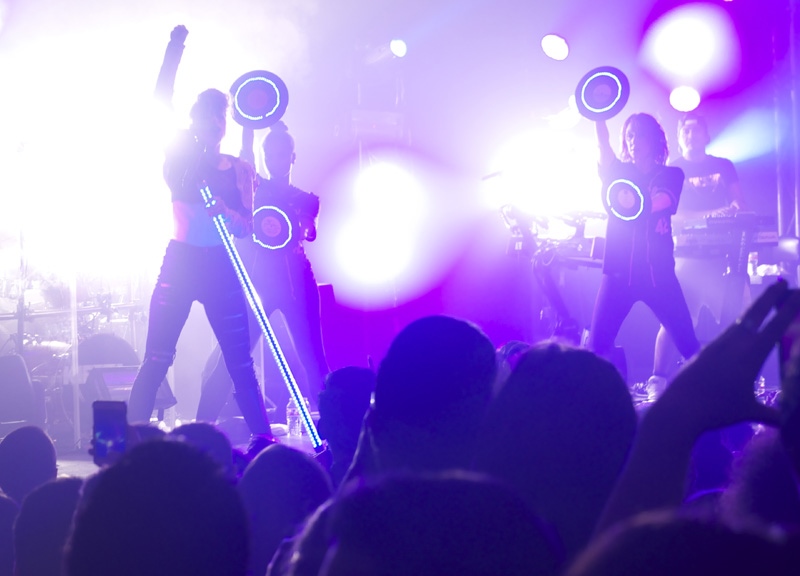 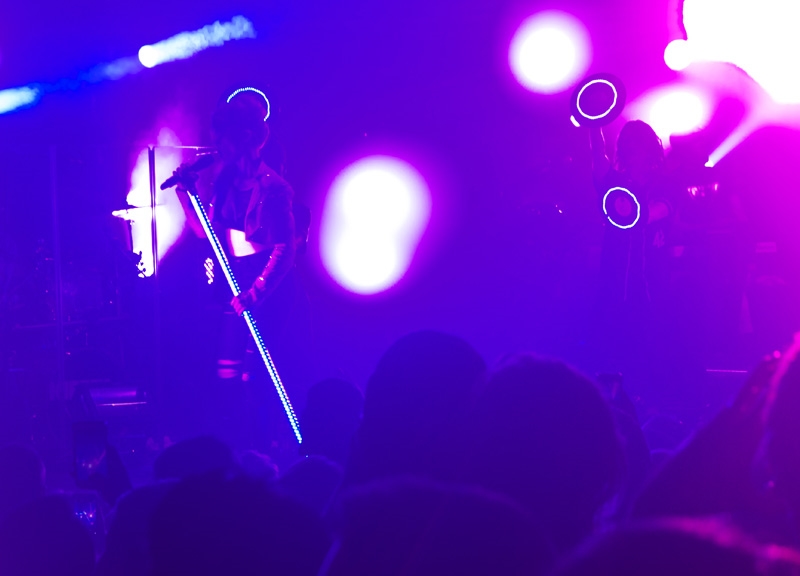 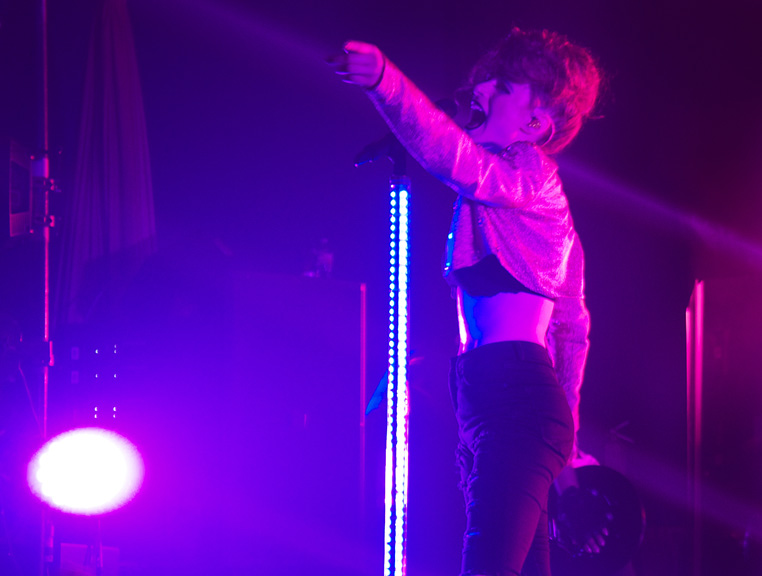 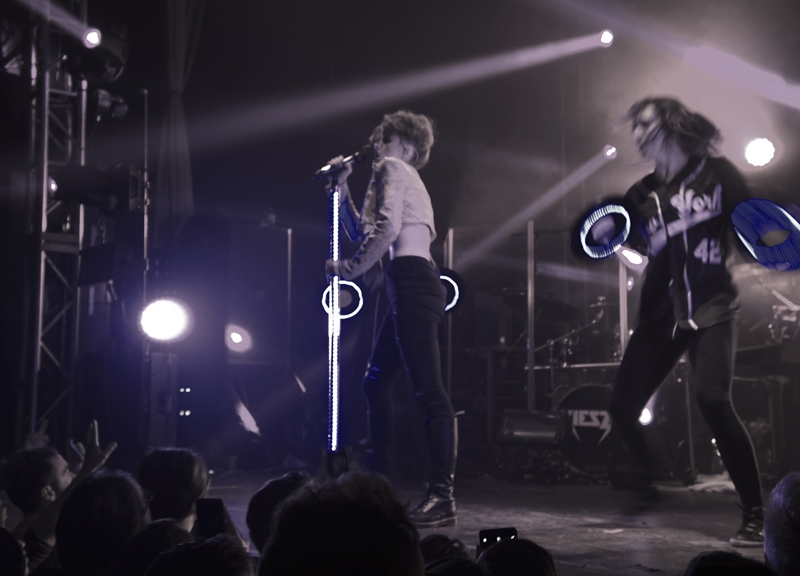 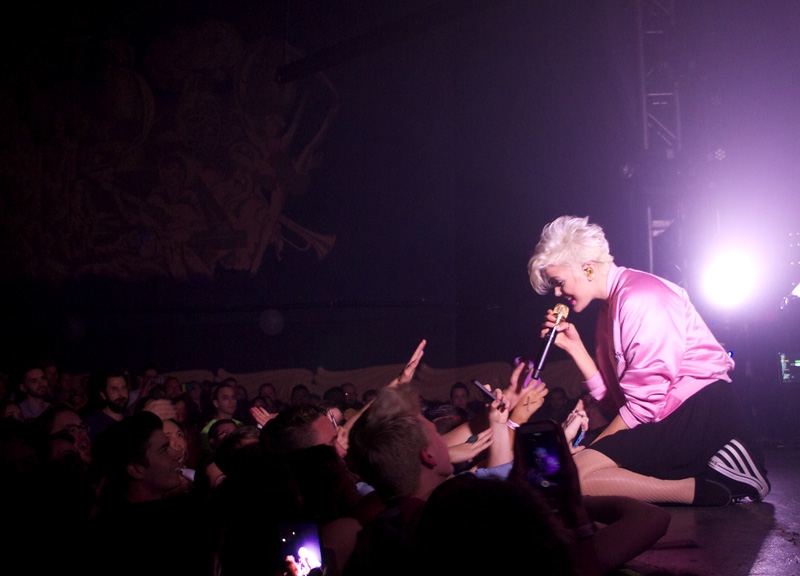 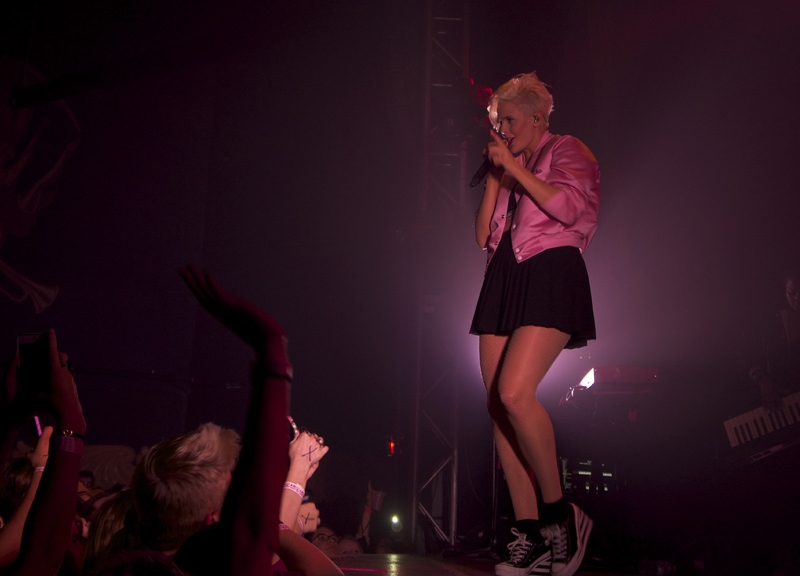