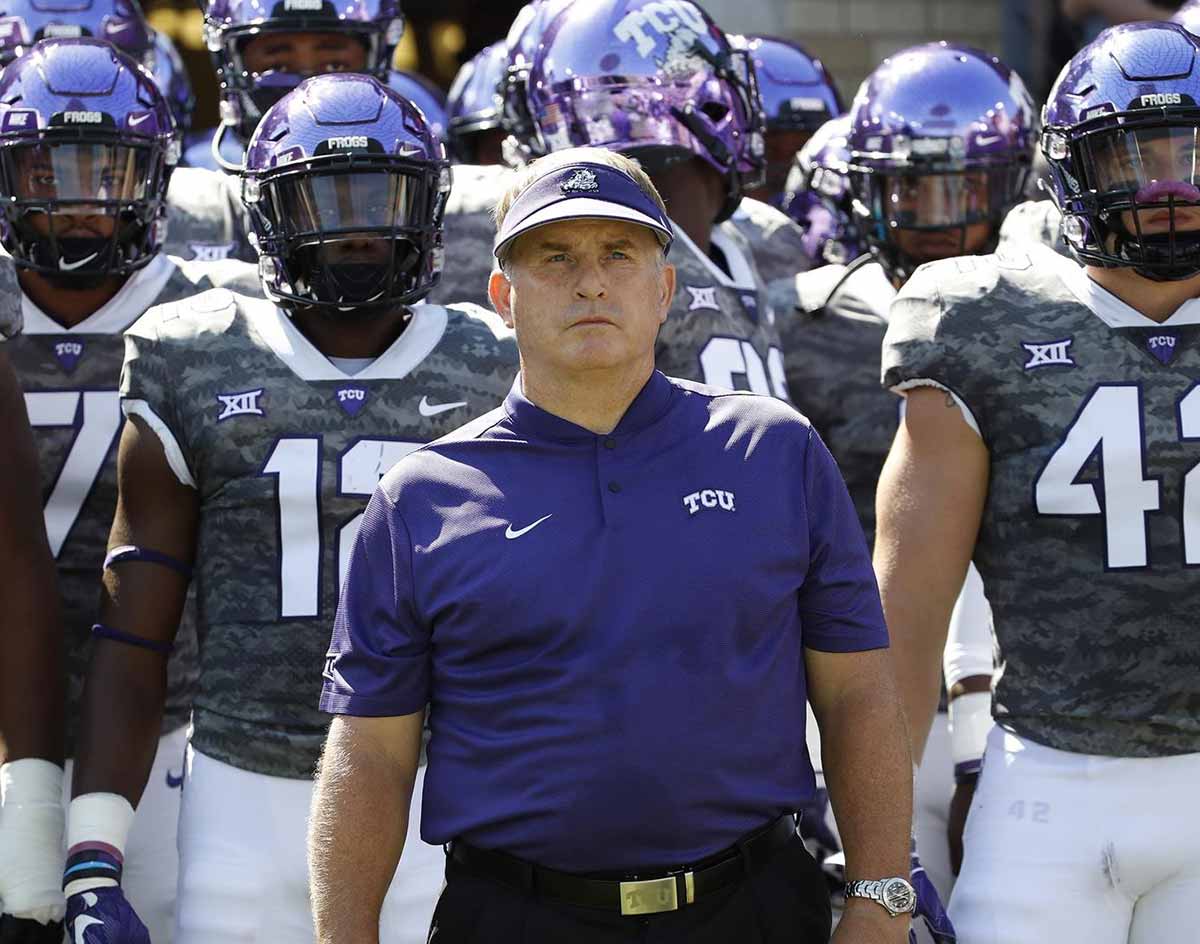 The TCU Head Football Coach Issued An Apology Tuesday After His Team Boycotted Practice Over His Use Of The Racial Slur In Front Of Players.

Gary Patterson has only lost 70 games in 20 seasons as the head football coach at Fort Worth’s Texas Christian University, but his biggest L of all came just this week.

On Monday, current and former Horned Frog players took to social media to address Patterson, a white man, about using the n-word in front of his players. The coach — known for his use of fiery language — reportedly uttered the word once on Sunday and then again on Monday, both times allegedly in response to his disapproval of redshirt freshman linebacker Dylan Jordan, a Black man, using the word in a team meeting room.

The team boycotted practice on Monday afternoon once stories of Patterson’s use of the word spread among the team.

Jordan detailed his version of happened between him, Patterson and his teammates in a post made to his Twitter account on Monday, writing that his coach’s “behavior is not okay now or ever and there needs to be repercussions to to [sic] these actions.”

I only speak the truth…….. #BLM pic.twitter.com/7YpY6JvjgM

It doesn’t appear as if any repercussions are coming, though. In an email to TCU360, school chancellor Victor Boschini said Patterson “did not use the word against any individual, or group for that matter, on the team… He said it trying to ask the players not to use it anymore. He has since apologized for doing so in this manner and said it was a teachable moment for him and many others.”

On Tuesday, Patterson issued a statement on Twitter, apologizing for his actions while promising to “be better” and “do better.”

Notably, Patterson already made essentially the very same promise earlier in the summer. On May 31, in the immediate wake of the George Floyd murder at the hands of Minneapolis police — as protests against police brutality broke out both globally and here in North Texas — Patterson, alongside his wife in a video uploaded to his Twitter account, said it was “unimaginable and unacceptable that racism of any kind still exists in 2020″ before offering up the following: ” We have to do better. I have to do better. We have to be part of the solution. We must change.”

Heading into his 21st (albeit expected to be limited) season as TCU’s head football coach, Patterson’s resume has long been filled with various noteworthy milestones reached, including 174 career wins, which is enough to make him the No. 3 winningest active coach in college football, and the winningest coach in the NCAA whose wins all came with the program for which he still works.

Perhaps that sense of accomplishment is why the noted George Strait fan felt comfortable enough teaming up with country-singing  TCU alum J.T. Hodges to write, record and release his debut country single — a song with a title that seems especially fitting in the wake of this week’s controversy.

Take a step back, indeed.

The 2020 TCU football season is expected to kick off on Saturday, September 26, in a game hosted by the Horned Frogs’ cross-regional rivals at Southern Methodist University in University Park.

Something to consider if you’re still deciding which team to root for in that match-up: The very same week in which Patterson released his country song — right amid an overwhelming amount of worldwide social unrest — head SMU football coach Sonny Dykes joined his own players as they attended a police brutality protest in Downtown Dallas.

Update at 5 p.m. on Wednesday, August 5, 2020: Well, so much for that TCU-SMU season-opener, actually. The game has officially been canceled due to concerns relating to the coronavirus.