Scenes From Last Night's Of Montreal Show At Trees.

Much has changed since the first time we saw of Montreal play live to a two-thirds-empty Parish in Austin in the summer of 2005, just a few months after the band released its seventh album, The Sunlandic Twins.

In the past decade, the band's released six more (mostly good) albums. They've gone, too, from playing clubs like Rubber Gloves (which they also did on that same 2005 tour) to selling out rooms the size of the House of Blues, like it did in 2008 at the height of its popularity. Around that time, mastermind Kevin Barnes discovered his Georgie Fruit alter ego, the “black man in his forties who has undergone multiple sex changes,” and who inspired an overtly sexual turn in the band's lyrics.

Somewhat awkwardly, though, the lyrical shift coincided with a decline in the median age of the band's fan base. These days, of Montreal is markedly for the children — and damned near everybody at the band's Trees show last night sported bold X's on their hands. Perhaps the only thing more gauche than the ham-handed manner in which the 18-year-olds on the smoking patio were holding their cigarettes whilst trying to appear independent was the way Barnes seemed to lean in and get closer to the packed house of minors when belting out lyrics like “I want you to be my pleasure puss / I wanna know what it's like to be inside you” as he does on “Plastis Wafer” or “We can do it soft core if you want / But you should know I take it both ways” during “For Our Elegant Caste.”

Of course, it was all in fun — and a little good-natured envelope-pushing is but par for the course at an of Montreal show. For its part, the crowd ate it up, loudly scream-singing call-and-response bits from the set's opening number, “Bassem Sabry” from this year's Aureate Gloom, and on through the end of the night. They didn't need any prompting to do so, either. Singing along and cheering loudly when they'd recognize the opening strums of each song was just something this crowd did all night.

The audience was a refreshingly enthusiastic bunch, to be sure. It was certainly a more enjoyable crowd than the room full of frat dudes that kept yelling drunken requests for “the Outback song” all night long at that 2008 show.

Last night, of Montreal did not play that song — “Wraith Pinned to the Mist and Other Games” as it is otherwise known — and nobody was disappointed in the least. The band did mix in plenty of older cuts, though, coming out with the decade-old “Forecast Fascist Future” two songs in, and leaning heaviest on 2007's Hissing Fauna, Are You the Destroyer? with a whopping six cuts, including the entire three-song encore. In fact, the crowd-pleasing set drew from six of the seven albums the band's released in the past decade, save for 2012's abysmal Paralytic Stalks.

If there's one thing that hasn't changed about attending an of Montreal show, it's that the band truly knows how to show its fans a good time. At the top of the show, before introducing Barnes, a Zorro-like figure in a red Morphsuit and cape stood on a makeshift platform, barking out a diatribe about how we were going to devolve back to our amoeba days when we truly knew how to cut loose.

Throughout the night, the band's visuals and theatrics were on point, to say the least. Psychedelic projections were beamed onto circular screens held up by costumed actors and, at times, directly onto the band's clothing. There was the requisite trio of costume changes for Barnes, too. And, at one point, a pair of anthropomorphic poodles in American flag Morphsuits engaged in a boxing match that was subsequently broken up by an Abraham Lincoln wearing a Venom costume. Newly reconciled, the pair began a striptease routine, before finally revealing two pairs of big, pink, stuffed breasts.

No, we may not have recognized a single of Barnes latest batch of bandmates — longtime members Bryan Poole, Derek Almstead, Dottie Alexander and James Huggins have all left the band's ranks in recent years — but, last night at least, it didn't seem to matter much.

Set List:
Bassem Sabry
Forecast Fascist Future
Fugitive Air
Empyrean Abattoir
Hydra Fancies
Bunny Ain't No Kind of Rider
Beware Our Nubile Miscreants
Plastis Wafer
We Were Born The Mutants Again With Leafing
Suffer For Fashion
For Our Elegant Caste
Chthonian Dirge for Uruk the Other
Like Ashoka's Inferno of Memory
The Party's Crashing Us 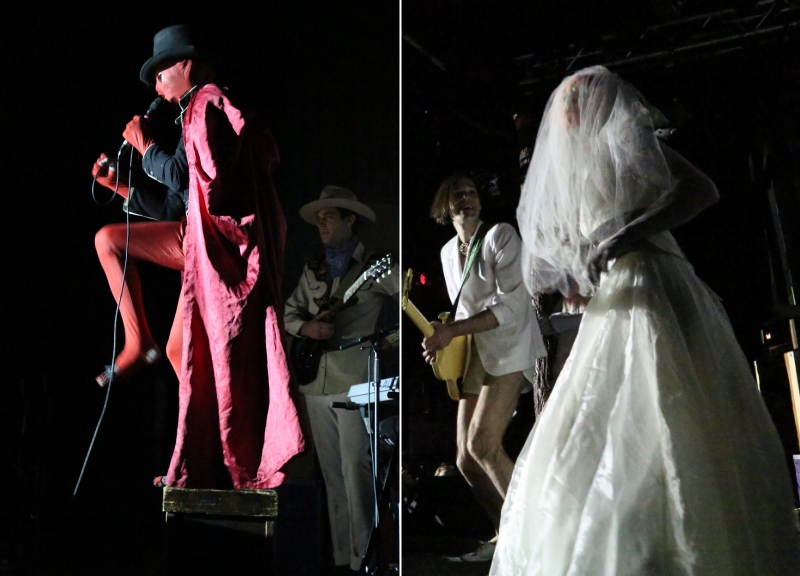 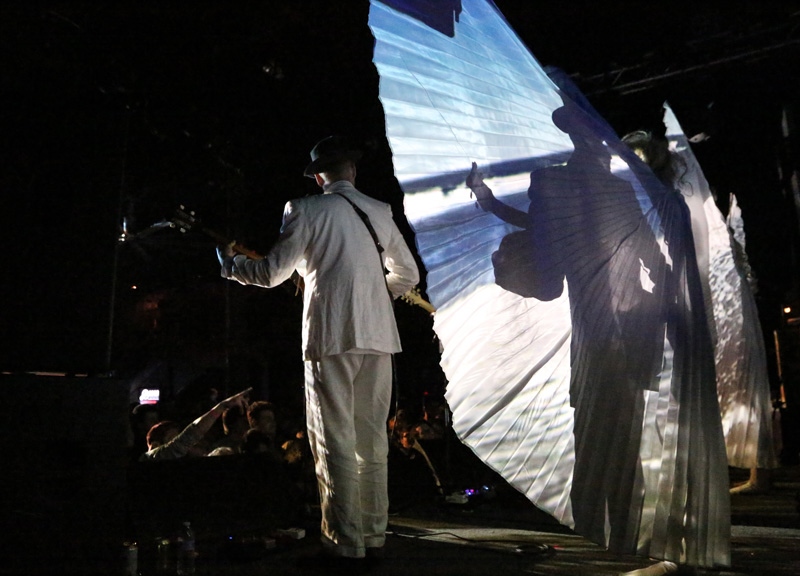 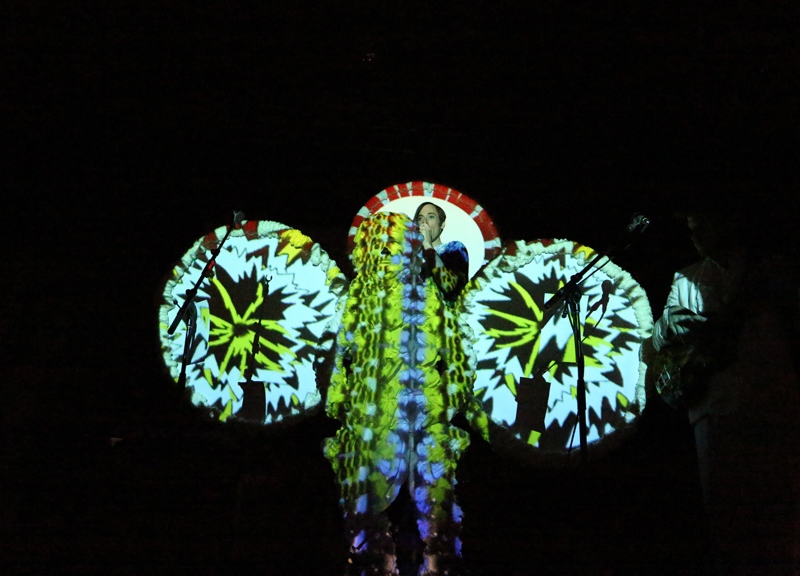 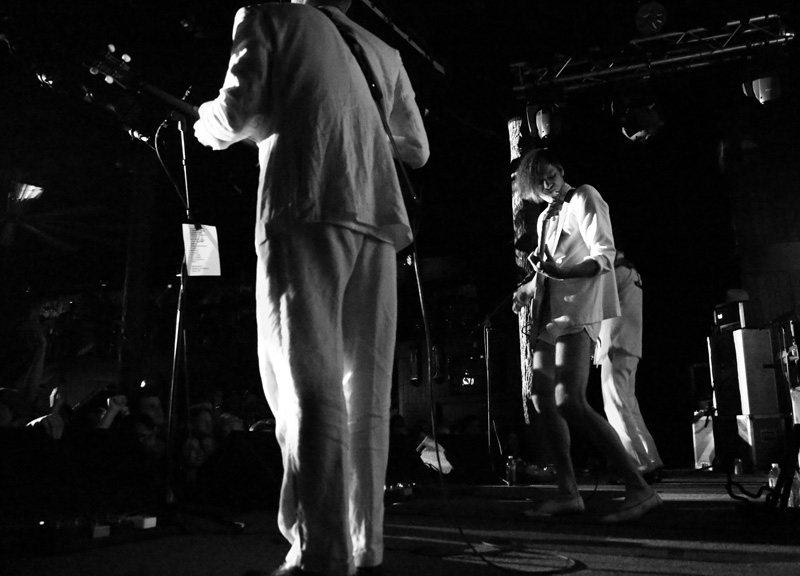 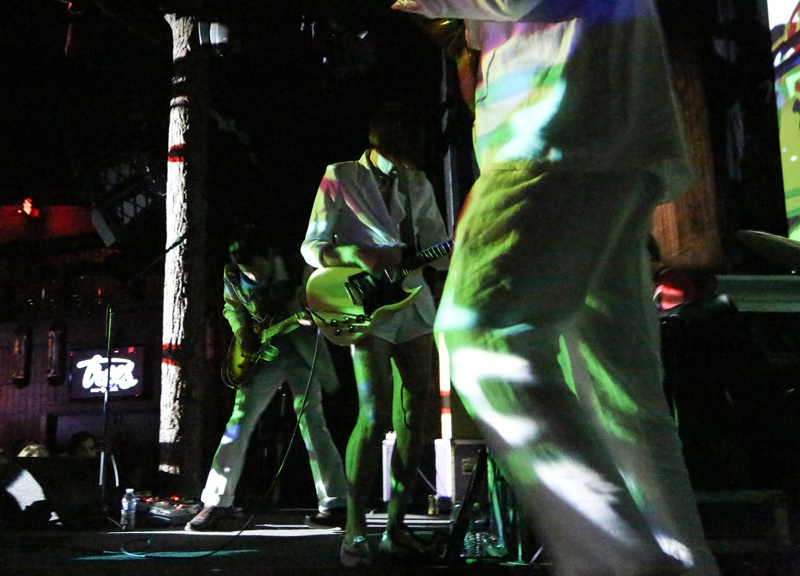 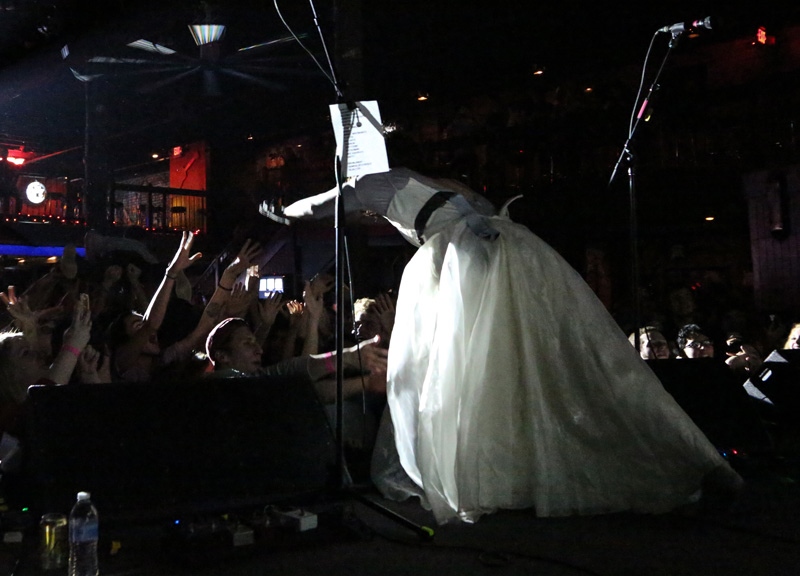 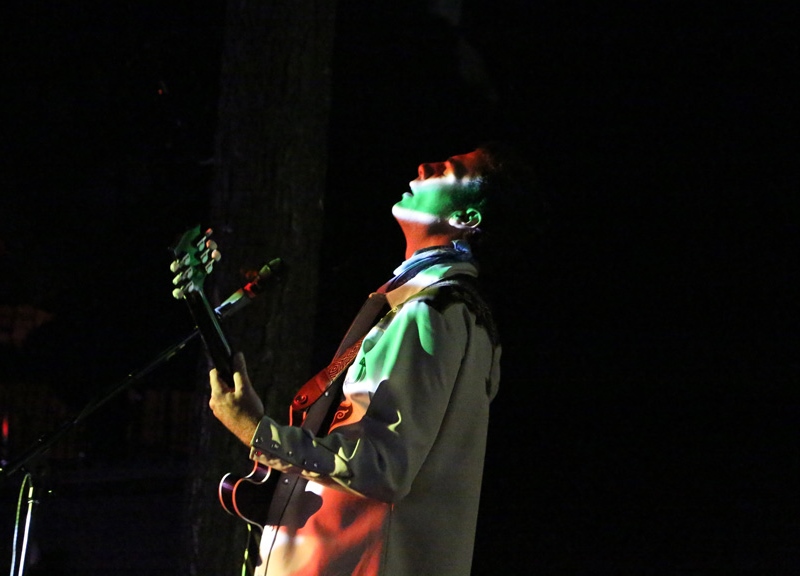 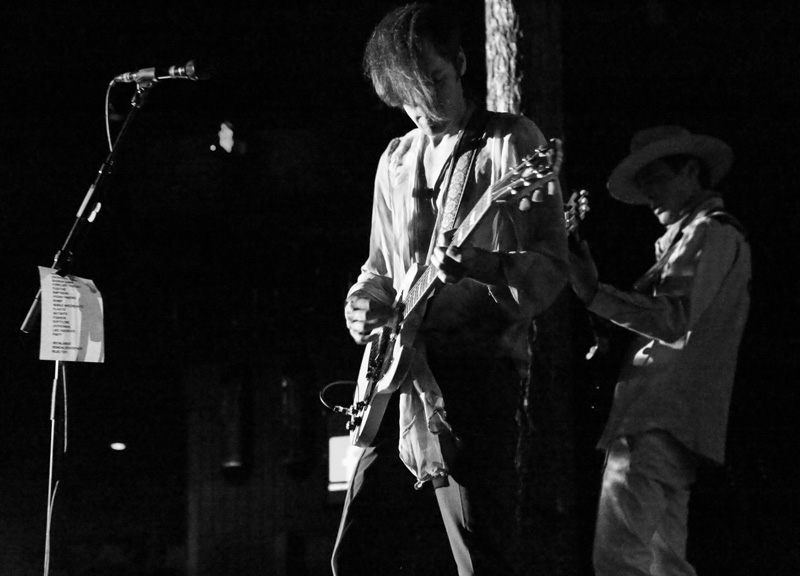 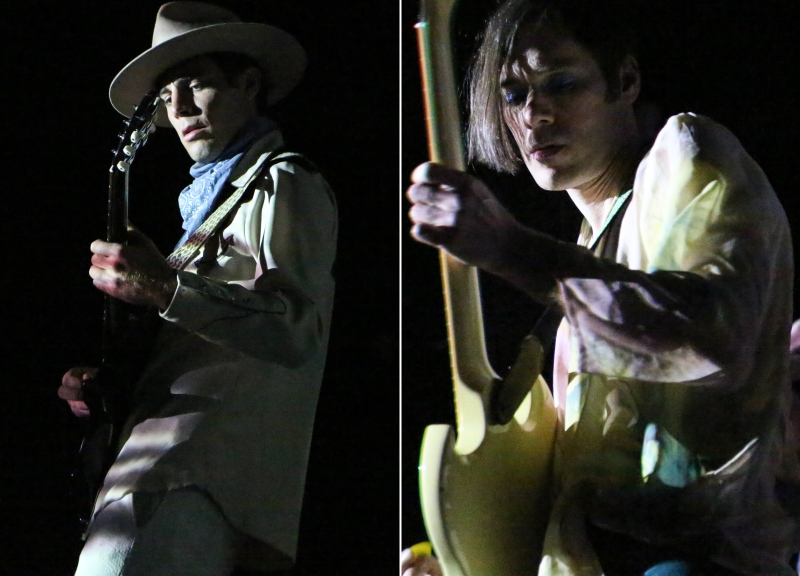 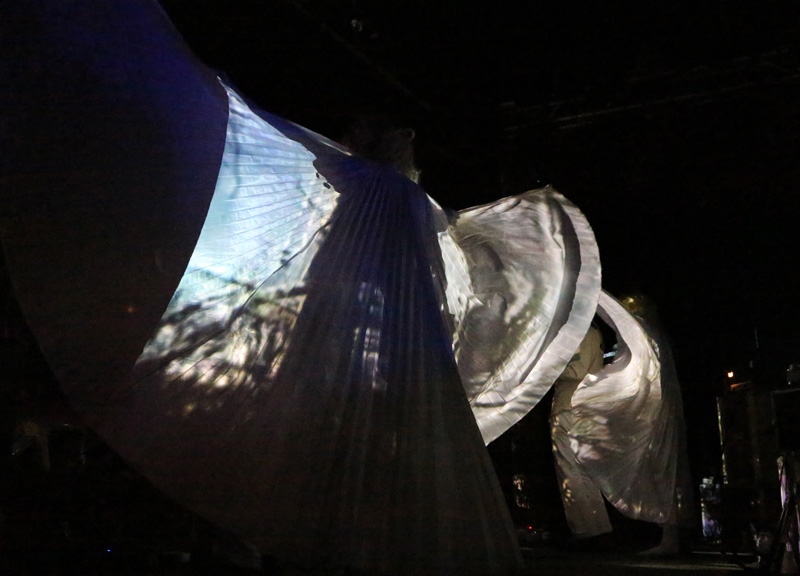 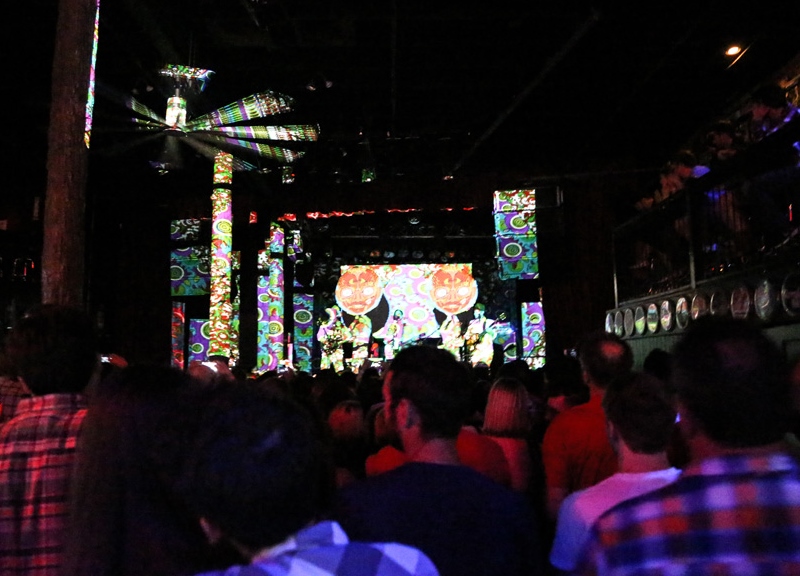 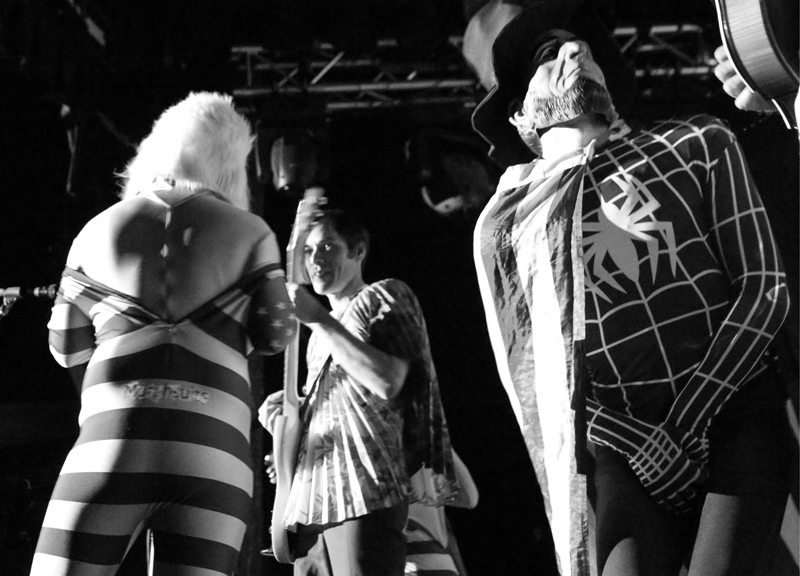 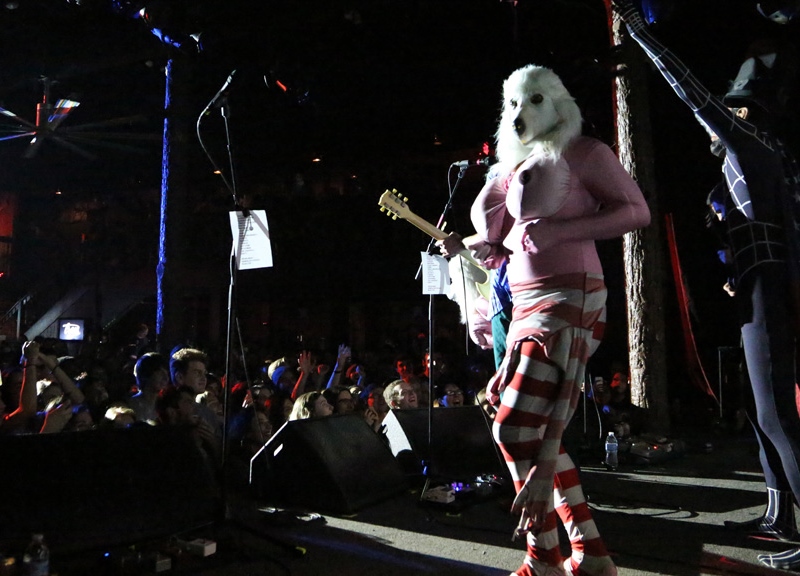 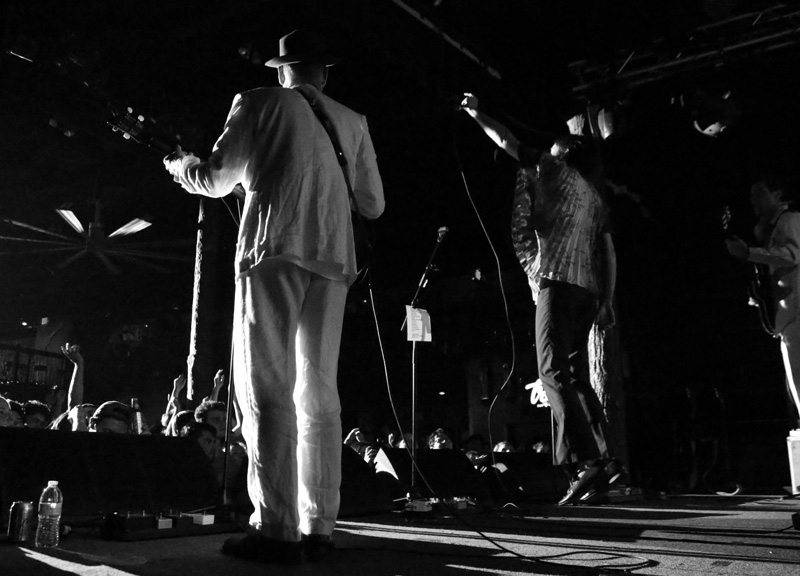 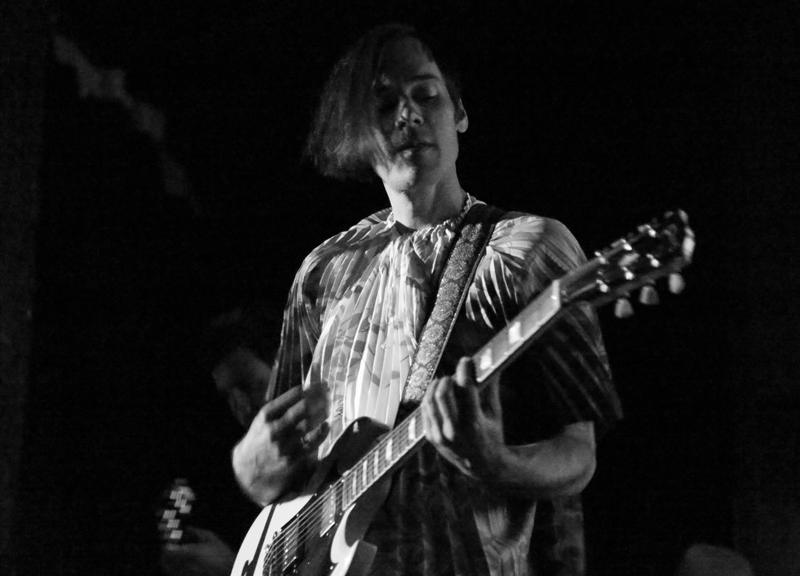 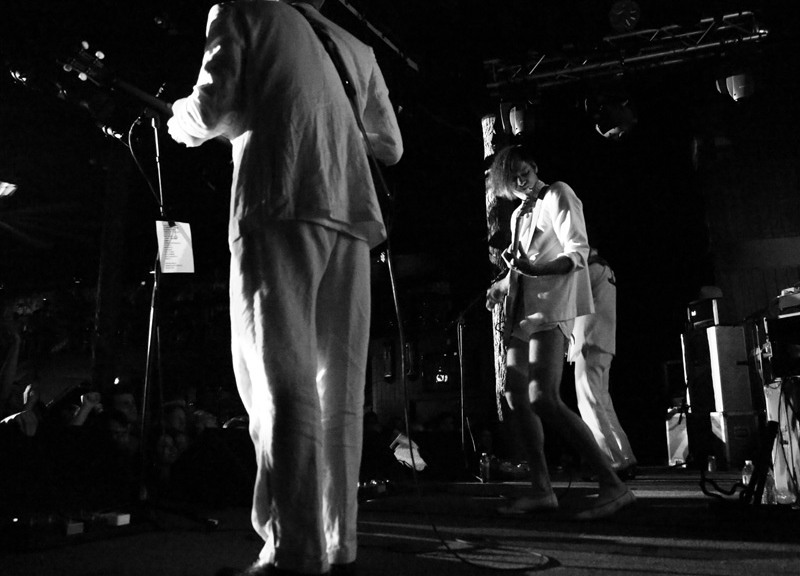 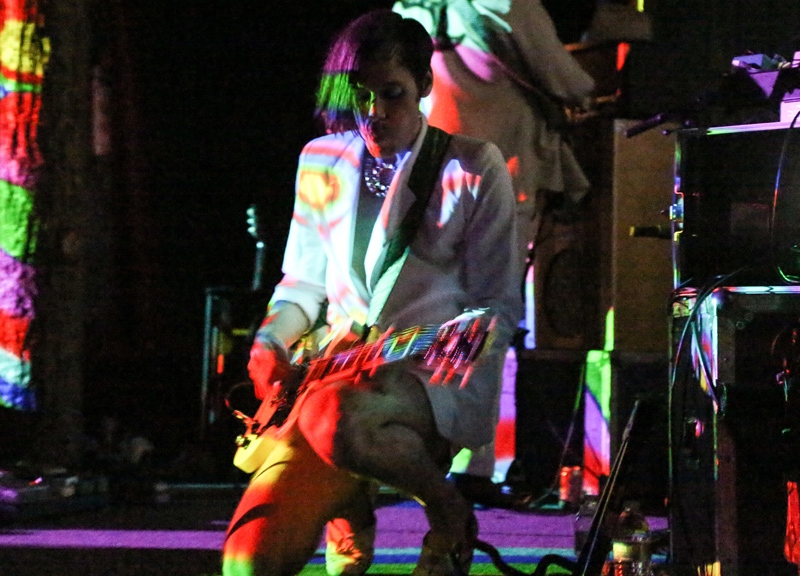