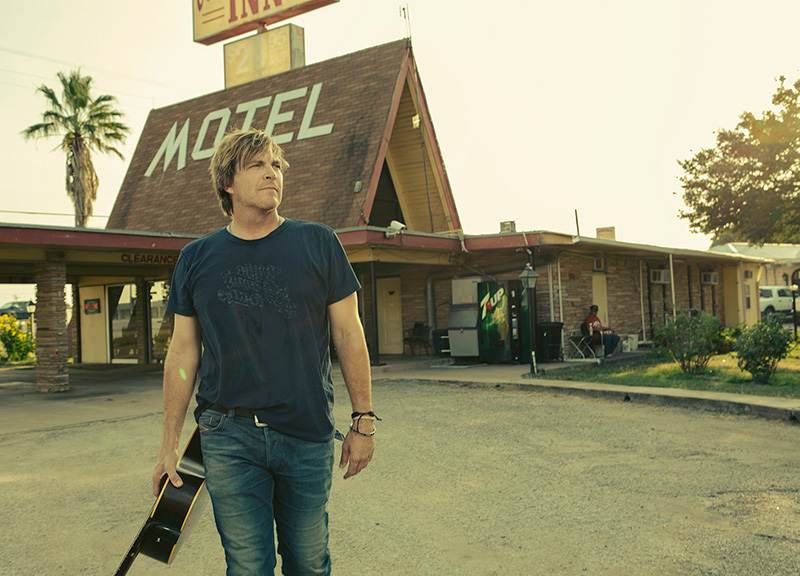 Jack Ingram — Midnight Motel.
RIYL: “The Hardline” on The Ticket.
What else you should know: After giving the Nashville circuit a go to so-so avail, SMU vet Jack Ingram has returned to the indie roots that he developed back in the day when he was performing weekly at Adair’s once upon a time with this new LP. It’s a change of pace and a clear attempt to distance himself from his recent past, as best evidenced by the story that concludes the second half of “I Feel Like Drinking Tonight.” That kind of call definitely lends an intimate feel to the proceedings, but it’s still fairly middle-of-the-road stuff. Still, there’s a real charm at play here.

Buffalo Black — “American Colors (feat. Freddy Sans.)”
RIYL: Taking a knee during the anthem.
What else you should know: Dallas emcee Buffalo Black has never been one to shy away from societal concerns in his raps, and he’s back at it again on this track, which, despite the subject matter, actually finds Buffalo Black heading in a less dark sonic direction than he’s flashed recently. That’s a good thing; dude’s always had a great ear for production and composition, so it’s cool to hear him adding a little variety to his sound. That’s something he’s attempting in live settings as well, hence his showing up on the bill for last Saturday’s Gaslamp Killer show at RBC. Keep spreading those wings, young man.

Court Hoang — “(I Should Have Done This) A Long Time Ago.”
RIYL: Adorable things.
What else you should know: Fort Worth singer-songwriter Court Hoang publicly dropped this song this week, although he’s had it in his pocket for a minute, having written it for the first dance at the reception for his wedding to his bride back in February 2015. It’s a very sweet love song performed very well here — and the kind of song that seems destined for the end-credits of an indie romantic comedy, should any budding young filmmakers be reading this.

Mur — “Long Way From The Weekend”
RIYL: Saying things like, “They don’t make ’em like they used to!”
What else you should know: Perhaps it’s poor timing that now’s when we’re posting the second single from Mur’s Fire Escapes LP, which will earn its release this Saturday night at the Kessler. The weekend is right there, you guys! I digress. This one’s buoyed by the warm vocals of frontman Max Hartman, a standout theater performer (“On The Eve”) beyond his singing chops. Backed by tasteful instrumentation, Hartman presents himself here as the kind of performer who’d have given his soul to open for the Rat Pack way back when. But, then again, who wouldn’t have? Anyway, this is a delightful throwback and a nice change-of-pace listen within my own playlists, but I can guarantee you my father would fuck with his hard, which is probably too why I dig it so much.

Hemmle — “Devils (feat. Zach Eddleman).”
RIYL: The xx, but not really.
What else you should know: I don’t know that I ever listened to The xx’s “Intro” and thought, “Hey, someone who sounds like G-Eazy should rap over this!” and yet, here we are. In an email, Hemmle tells us he’s from 25 miles south of Dallas and that he can be found in Deep Ellum most every weekend. Weird, I thought he was still hanging out in 2009! I kid, I kid. I bet this shit would bump at an SMU party. If nothing else, the beat he jacked here is proof that Hemmle has good taste.

Monoculture — “Absurd.”
RIYL: Getting psyched.
What else you should know: Three makes a trend, and between this band, Natural Anthem and Acid Carousel, we’re definitely seeing a psych movement bubbling up with young bands here in town of late. Groovy. Who’s got a shroom plug?

The Phantom Sensation — Blackgrass Express.
RIYL: Tipping cows.
What else you should know: Y’know what’s not a new trend? Cow-punk. At least not around these parts. The latest entrants in this field here are The Phantom Sensation, who aren’t quite on par with area genre bench-markers Convoy & The Cattlemen just yet, but could probably do well on a bill alongside them. Bonus points for having both male and female vocalists swapping lead duties.

EB Rebel — Trance.
RIYL: Getting higher.
What else you should know: We’ve been following EB Rebel for a bit now — or, at least, since she dropped this set’s opening cut, “Don’t Care,” as a single earlier this year. Here, she presents a proper short collection of additional cuts alongside it — and confirms her position as an artist to watch as she does. New songs “Candor” and “Colours” both bump, and there’s a simultaneous rawness and flexibility to EB Rebel’s vocals that signal a whole lot of promise as she continues to grow as an artist. The remix treatment of “Don’t Care” is pretty tight, too. More, please.