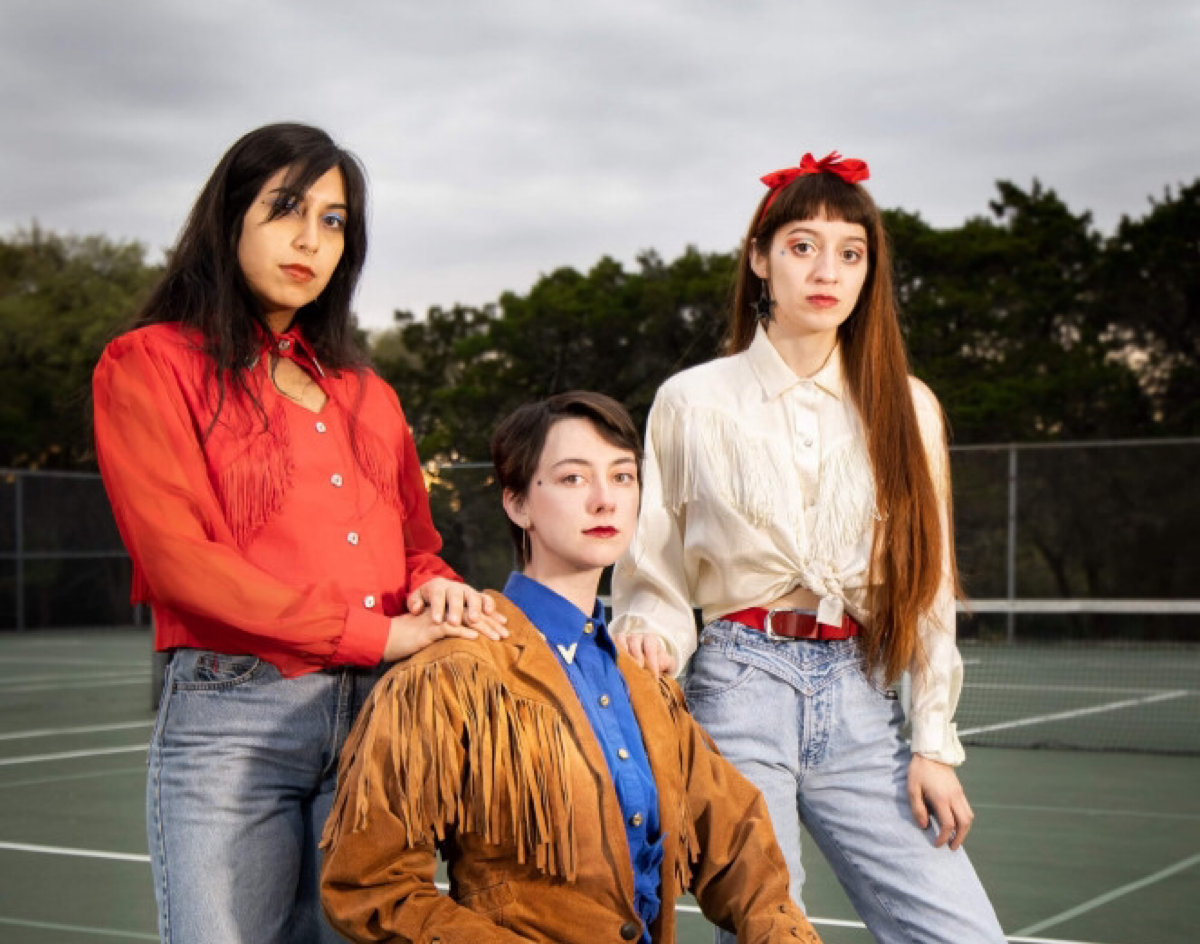 Check Out The Standout Track From The Indie-Pop Band’s Recently-Released Full-Length, Get In My Fanny Pack And Let’s Go.

Hey Cowboy! – “Cherry Jerry Citrus”
RIYL: Cowgals.
What Else You Should Know: Indie synth-pop trio Hey Cowboy! might call Austin home now, but it’s one of the better Denton-made exports in recent memory.

The band’s latest LP, Get in My Fanny Pack and Let’s Go, is a 13-song assortment of deceavingly haunting melodies, all of which are best encapsulated on “Cherry Jerry Citrus.” And though the song was originally released on the band’s Sandy Cheeks EP (they are the CEOs of excellent names for projects, I’ve decided), the full-length has breathed a new life into it.

Anchored by a bouncing bassline from Micah Vargas, the song floats in and out of eerieness as the trio’s ghostly harmonies are met with colorful synth from Sydney Harding-Sloan and a catchy beat from drummer Gaby Rodriguez.

What’s most entrancing about the song, though, are the gorgeous vocal runs fit for the closing credits of an ‘80s horror film. There’s a tone dichotomy on “Cherry Jerry Citrus” that balances a richness with dark charm, and just enough tempo for a warm, closed-eyed dance of surrender.

It should also be noted that it’s fitting the song’s chorus features backing lyrics of “I linger ‘round you/I linger ‘round you” in an almost spellbinding delivery, as this song has been quite literally lingering around my head since I first heard it.

You will be just as hypnotized, surely.