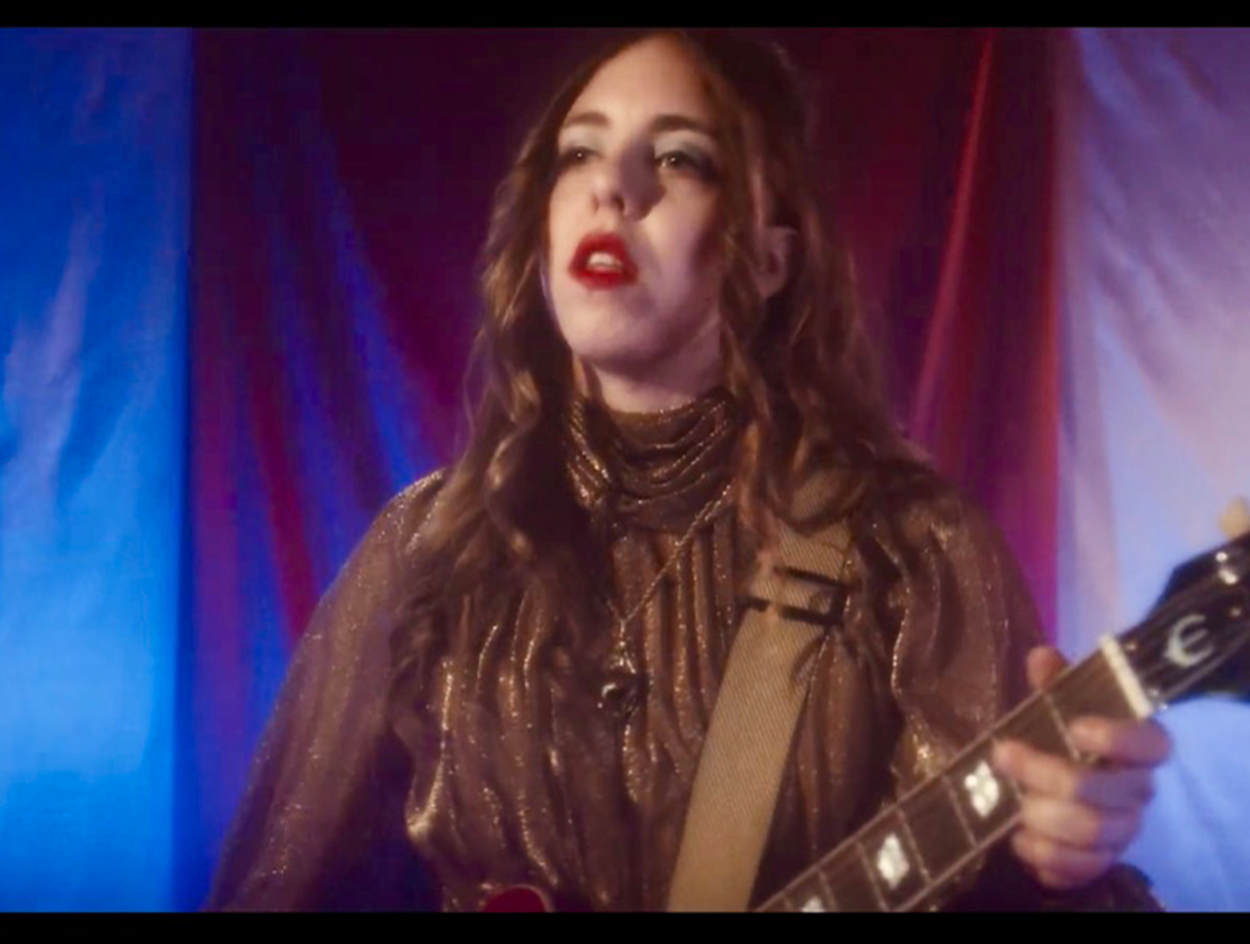 The New Video For The Denton Singer-Songwriter’s Previously-Released Track Breathes New Life Into One Of The Highlights Of Her Latest LP.

Claire Morales — “Wildest Dreams”
RIYL: Living your wildest dreams.
What else you should know: “Wildest Dreams” is actually a track from Denton Singer-songwriter Claire Morales’ 2018 LP, All That Wanting, but the just-released video for the song is so fantastic it’s worth conjuring up again.

The video (directed by Judd Myers), with its top-tier production quality and high-concept journey, is a lush tumble down a rabbit hole of glamor and magic. The very first shot, though grim and deserted, straight up looks like a scene from The Witch that unwittingly ended up on the cutting room floor.

Our protagonist (played by Hannah Weir), wanders alone in a cold, skeletal forest before encountering Morales’ cosmic sorceress in a literal ring of fire. (Those familiar with the album cover of All That Wanting might recognize Morales’ character’s ever-long canary gown.) Weir’s character then wakes up in a wash of cool tones, synchronized dancers and Morales with guitar in hand — a dreamscape akin to that of a more modern, fully-realized extension of Hole’s video for “Celebrity Skin.”

Morales’ signature growl and hard-to-pin-down sound serve as a perfectly-timed score for the story. The video’s peak comes right at the bittersweet end, as Weir is drowned in glittered veils, garish lights and a jubilant instrumentals.

All That Wanting already stands on its own as an album worth revisiting, but the video for “Wildest Dreams” breathes new life into an already-satiable track from it.