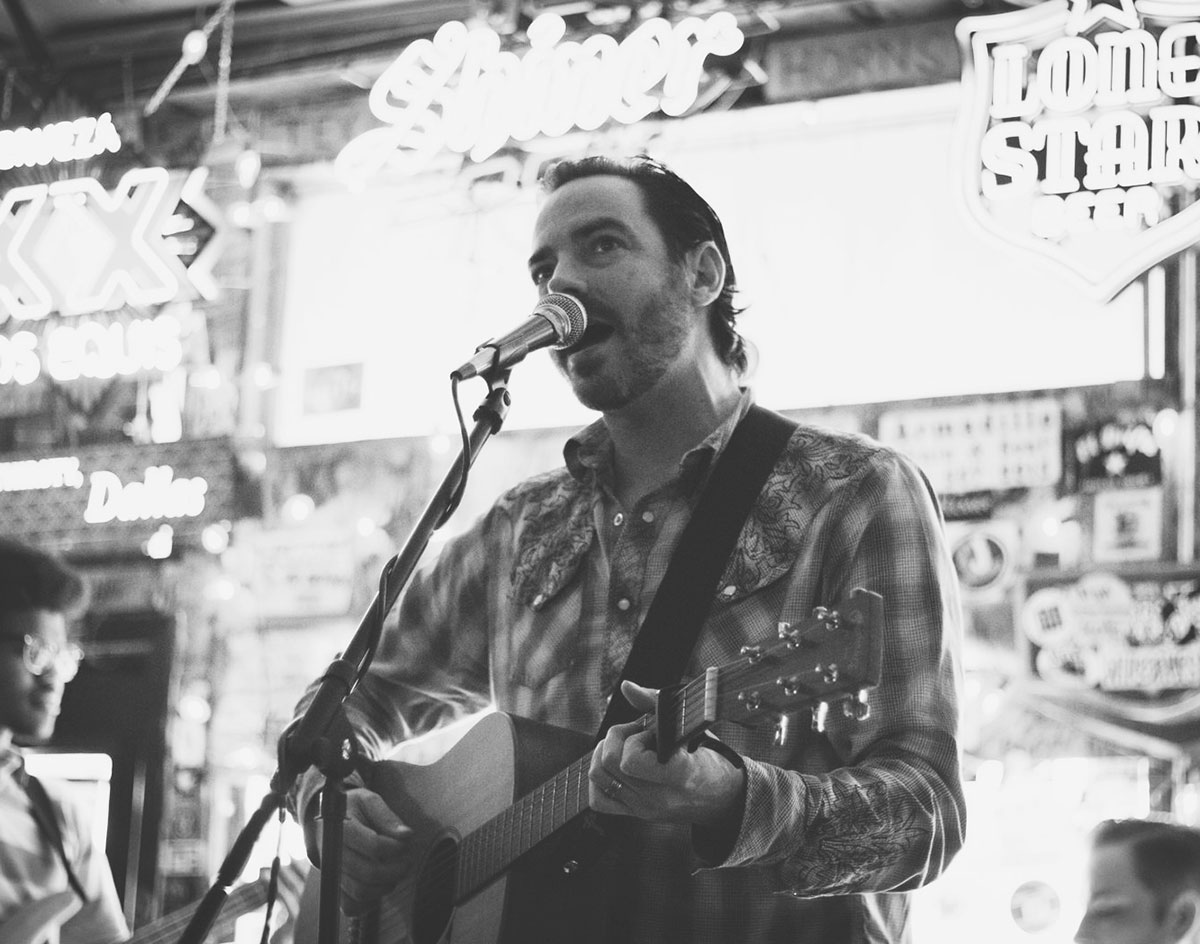 Check Out The Springsteen-Influenced, Hard-Drinking New Single From A Dallas Songwriter Who Has Long Since Moved Past Penning Joke Songs About Tony Romo.

Brian Lambert — “Mama Please”
RIYL: sending out “never drinking again” tweets.
What else you should know: A few years back, Brian Lambert released a song about Tony Romo on an album called Country Music Jesus. As a songwriter, the guy’s become known for displaying a sharp wit alongside a real lyrical sincerity.

It’s the latter that takes center stage on his new single, “Mama Please”, which Lambert describes as a “cry for redemption.”

Cut at Cloudland Studio in Fort Worth and produced by the acclaimed Joseph Wayne Miller, the track finds Lambert dabbling in new sonic territory, too. Backed by keyboards, a sparse lead guitar line, an involved bass line and gentle drumming (courtesy of  Old 97’s kit man Philip Peebles), Lambert sings here in a different tone than he’s offered up in the past. Now, instead of the expected twang, Lambert sings in a welcome new style that’s more akin to The River-era Bruce Springsteen.

It’s not hard to grasp what kind of redemption Lambert is crying for here. As he sings in the first verse: “Yeah, drinking is easy but drinkin’ ain’t free / through the lens of a shot glass it gets hard to see.” Later, in the chorus, he pleads for his mother to let him come home — a request he makes with real conviction and without simply echoing the standard rehab slogan stuff upon which so many troublesome drinkers rely.

“Mama Please” is an affecting listen, and it’s also the first of many more new singles audiences can expect from Lambert in the near future. Rather than release a brand new album out of the gate this year, Lambert has instead decided to drop an extended string of singles, with  “Mama Please” serving as the first in a planned 14-song monthly single series.

Here’s looking forward to where he takes his series from here. Rough as the subject matter may be, there’s no denying that “Mama Please” is a compelling start to Lambert’s newest chapter.

Cover photo courtesy of the artist.