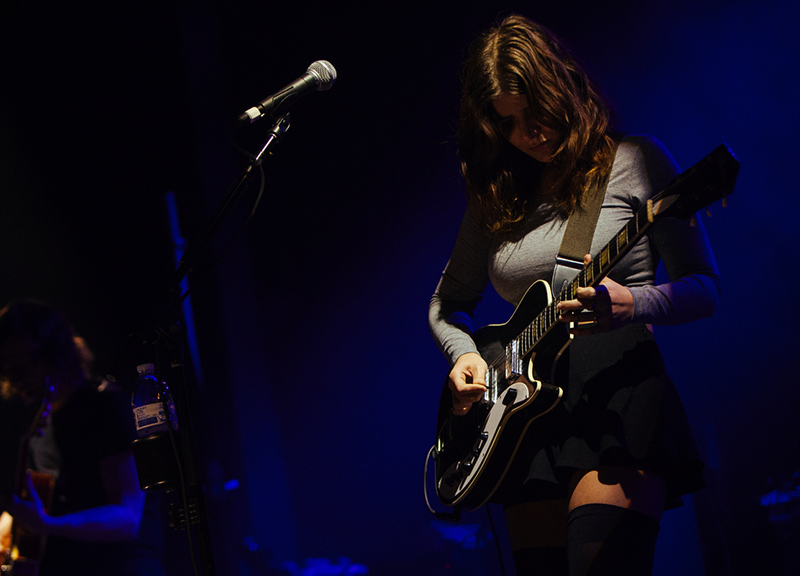 Scenes From Friday Night's Pixies Show at the South Side Ballroom.

On Friday night at the South Side Ballroom, the band that helped break alternative music big back in the early '90s still sounded as relevant today as they ever did back then.

Yes, the Pixies' return to Dallas was a triumphant one.

And not just because of the headliners' set, either. The music started early — right around 8 p.m. — with a moody set from Best Coast, who are touring in support for the Pixies for this North American leg that would end in Austin on Saturday. Lead singer Bethany Cosentino seduced the audience with her sultry lyrics and her calm and cool stage presence.

But the room was still but filling out as Cosentino and her band performed.

By the time the lights went out at around 9 o'clock, however, the seem would be quite different — and substantially more crowded.

While victoriously saluting their fans, the Pixies sauntered onto the South Side stage at about 9:15, taking up their instruments and very much looking ready to rock.

Worth noting here: The Pixies, currently approaching their 30th anniversary as a band, have gone through some significant lineup changes of late; following Kim Deal's departure and her renewed focus on The Breeders, the Pixies are now a quarter shy of their full, original lineup. But the remaining members have moved on, enlisting the help of Paz Lenchantin (A Perfect Circle, Zwan ) as their touring bassist for their North American and South American shows, as well as a handful of summer festival dates in Europe.

Old fans surely felt the absence of Deal on Friday night. But, smartly, the band made sure to emphasize other elements of its act. The set list leaned heavily on frontman Black Francis' roaring vocals, drummer David Lovering's steady clockwork perfection and guitarist Joey Santiago' fiery performance. Pixies fans old and new appreciated the effort, too. Newer tracks such as “Magdalena,” “What Goes Boom” and “Andro Queen” were as well-received as anything in the band's notoriously “loud-quiet-loud” canon.

That sound — one that notably inspired Nirvana's

Not surprisingly, the crowd reacted most feverishly to the group's most recognizable tracks — “Where Is My Mind,” “Here Comes Your Man” and “Debaser,” among them. But perhaps the biggest highlight of the evening came during the fast-paced guitar frenzy of “Vamos!,” during which Santiago took to the drum riser several times, only to immediately leap off mid-solo and elevate the song's intensity. 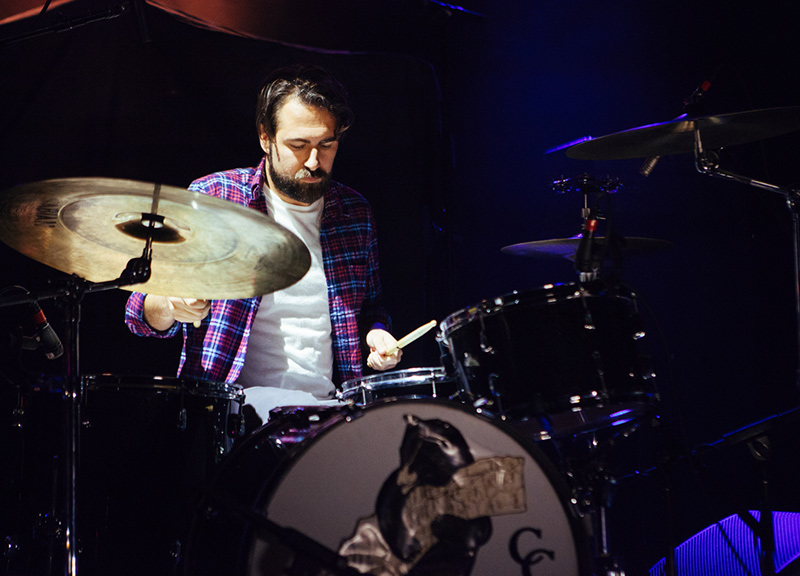 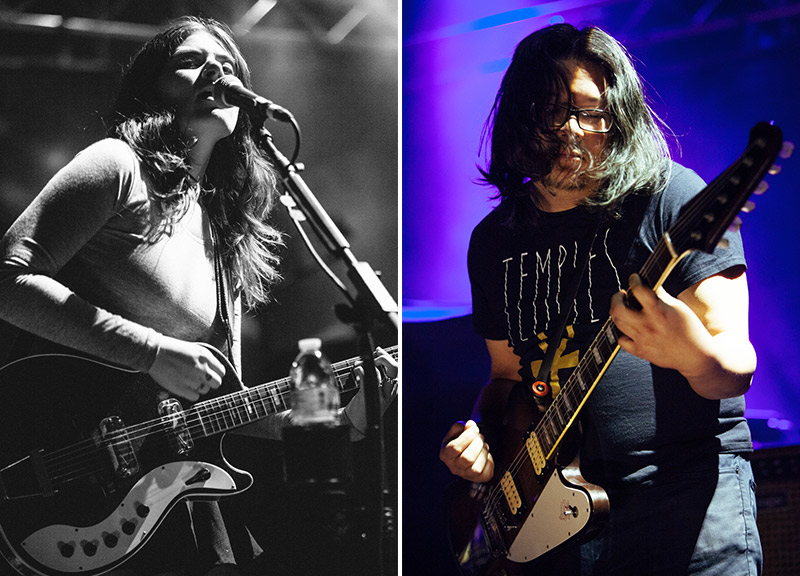 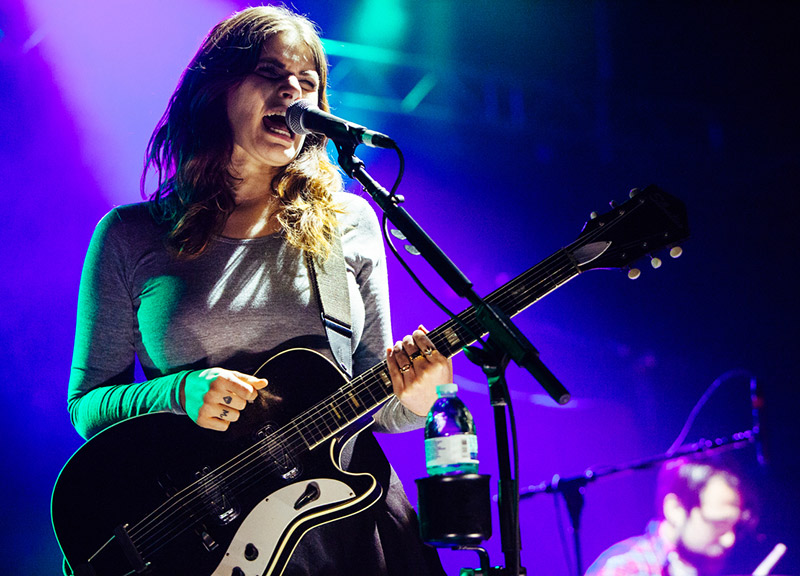 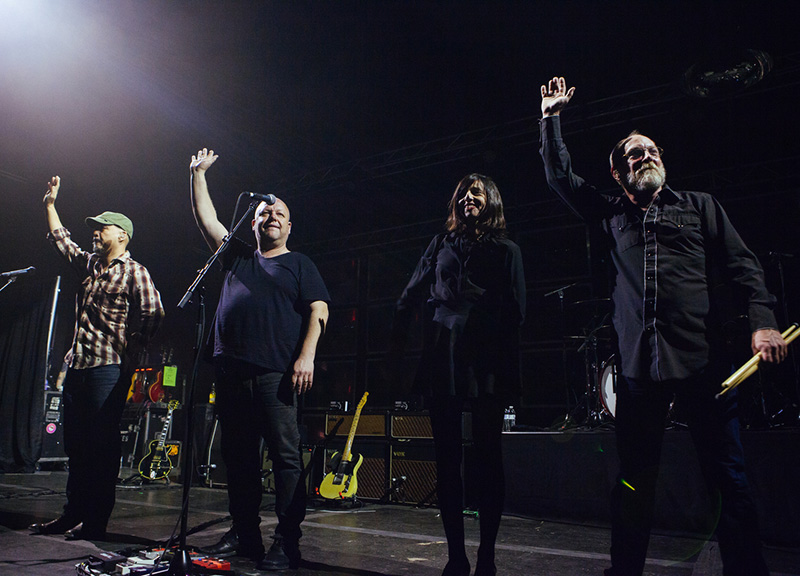 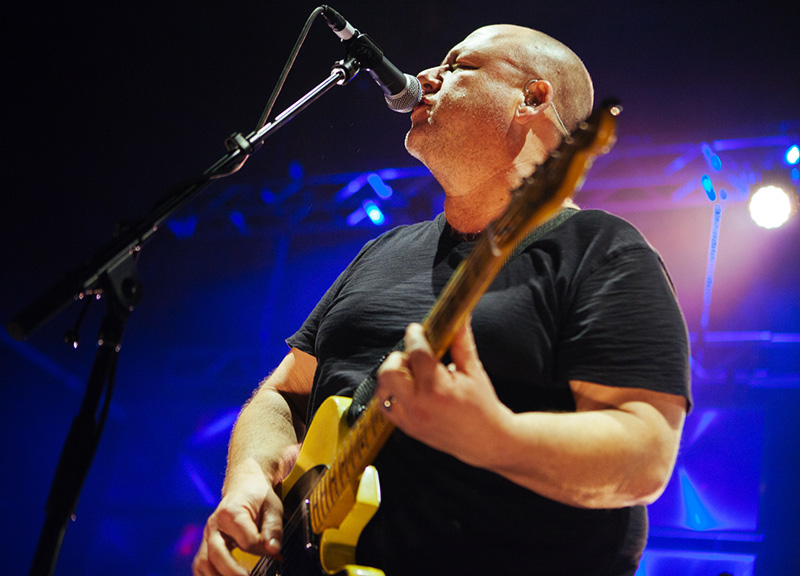 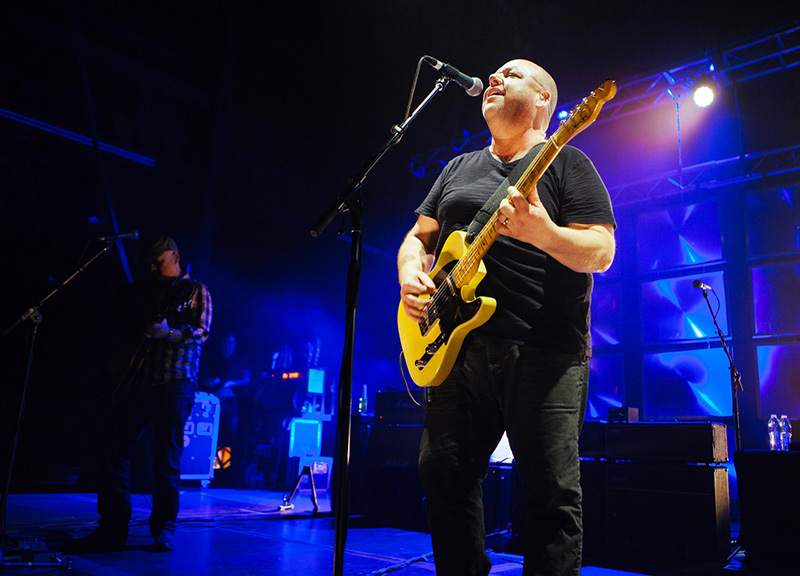 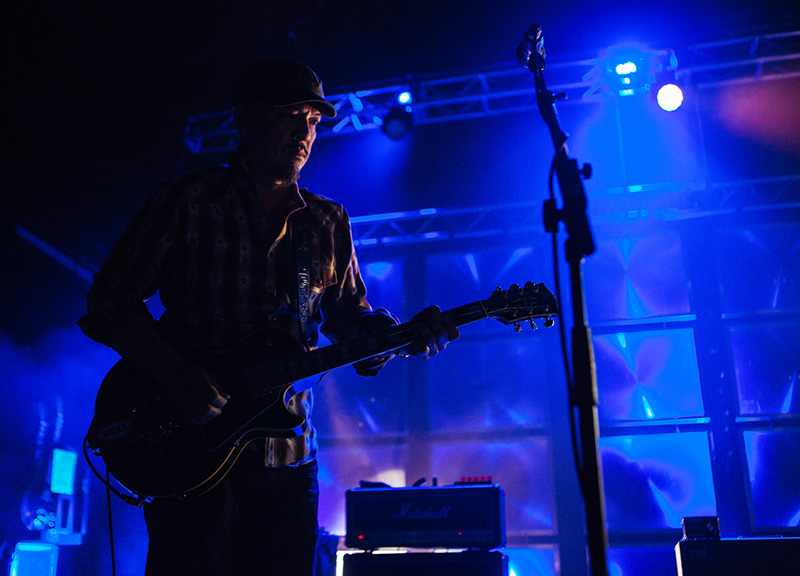 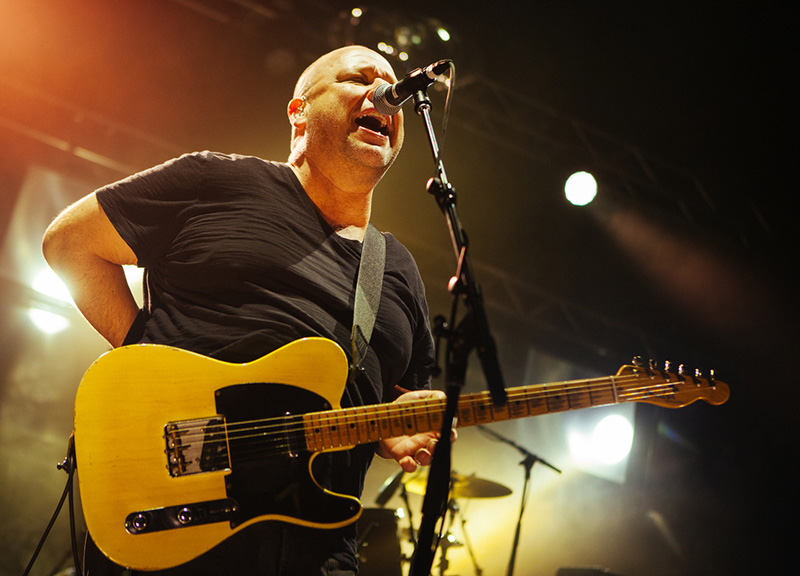 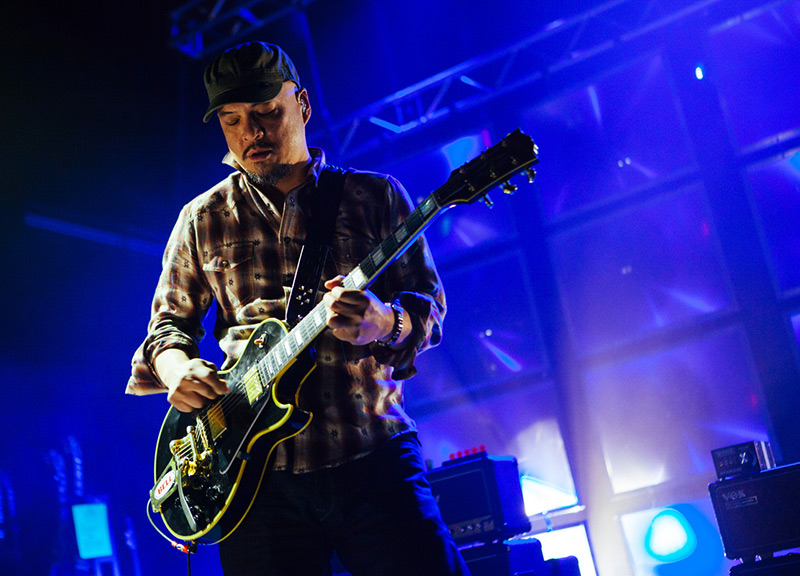 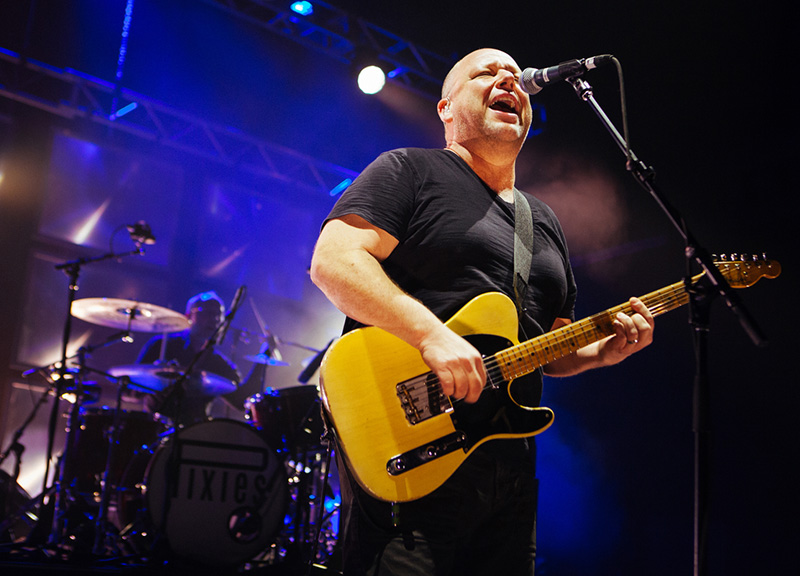 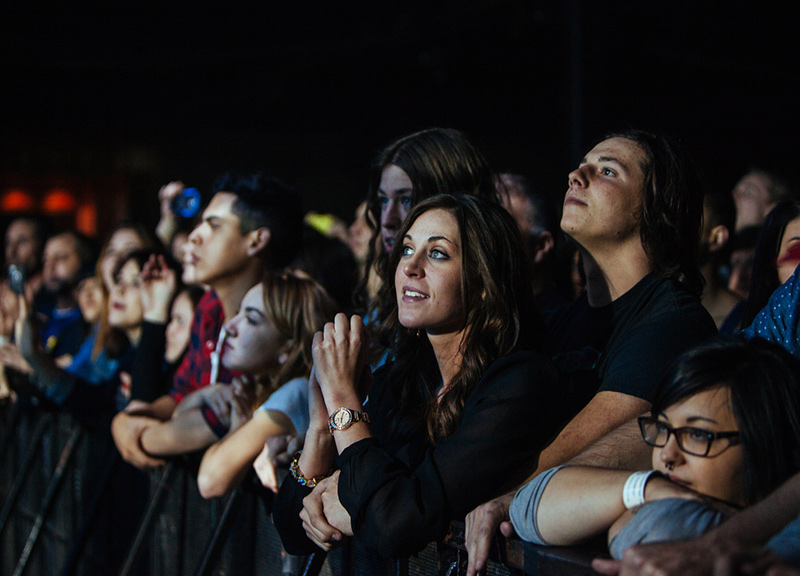 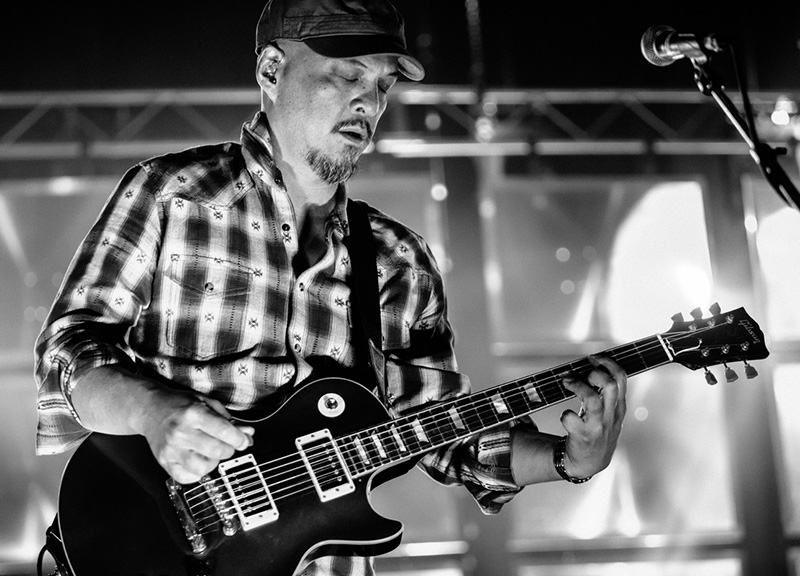 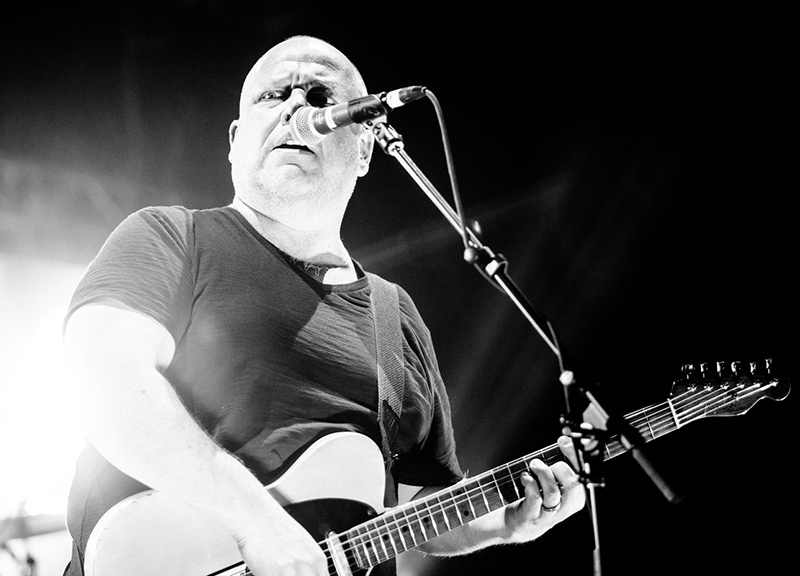 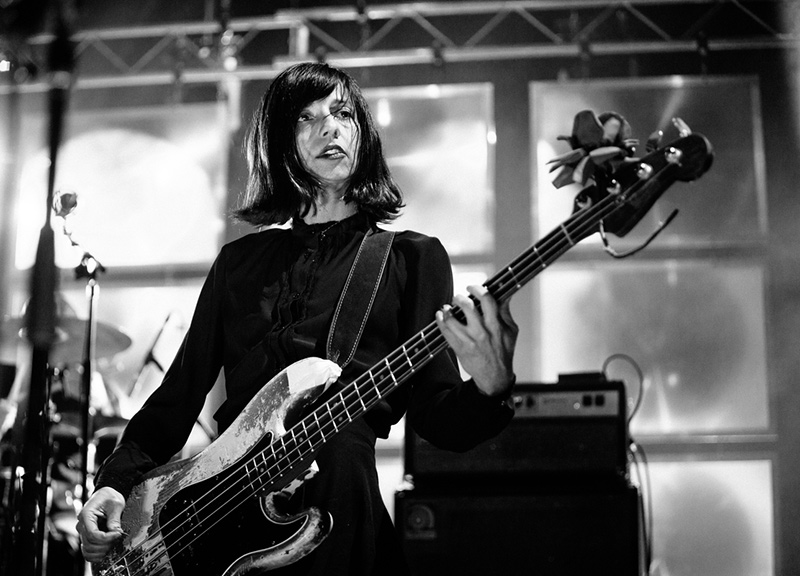 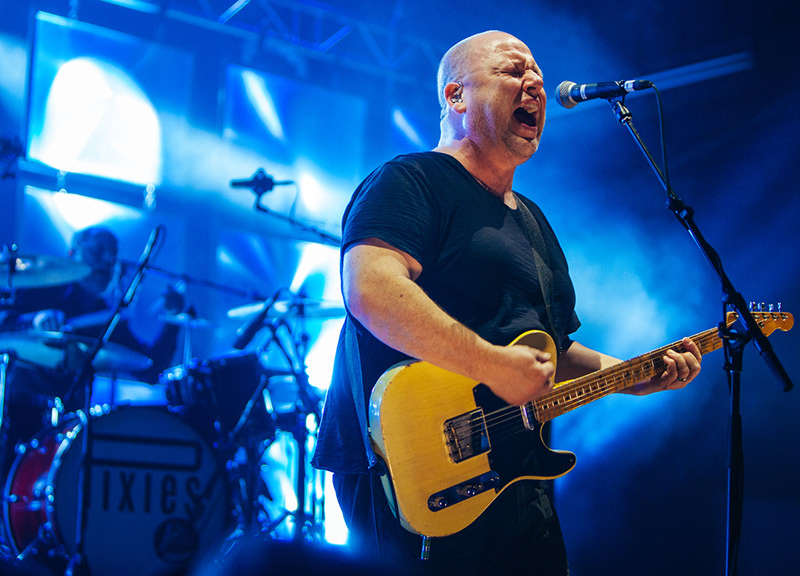 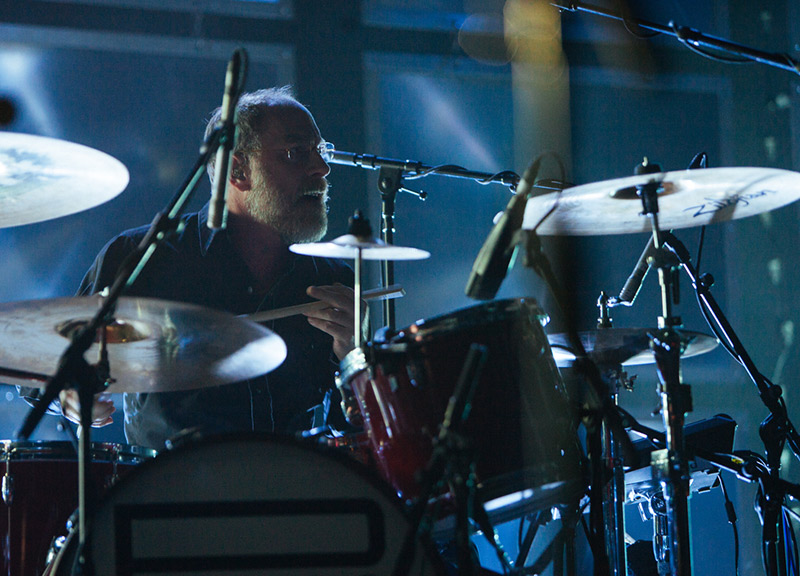 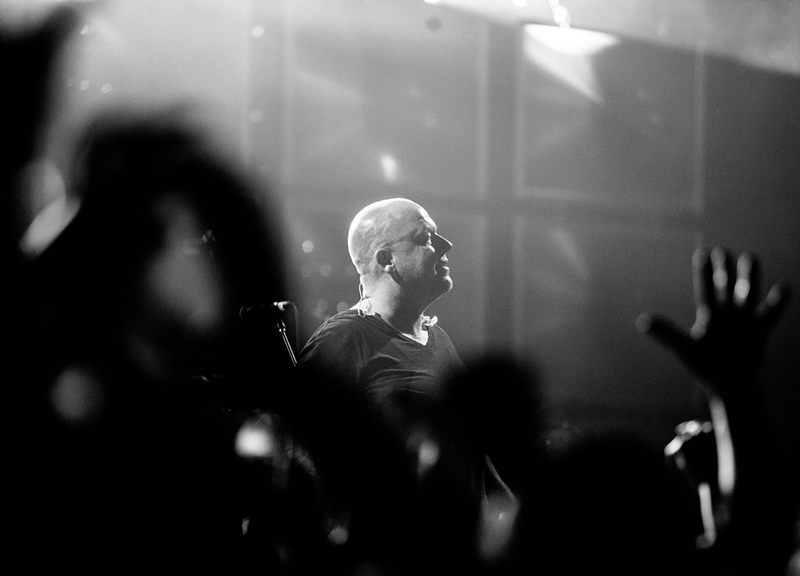 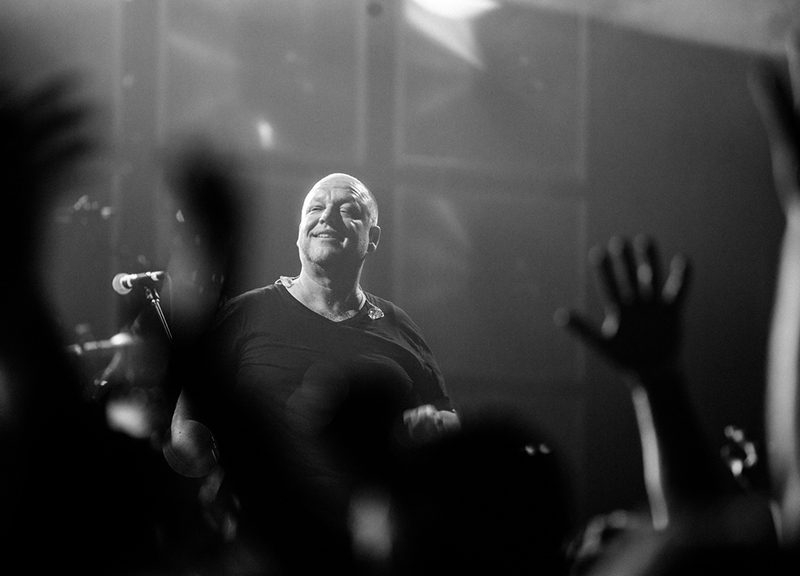