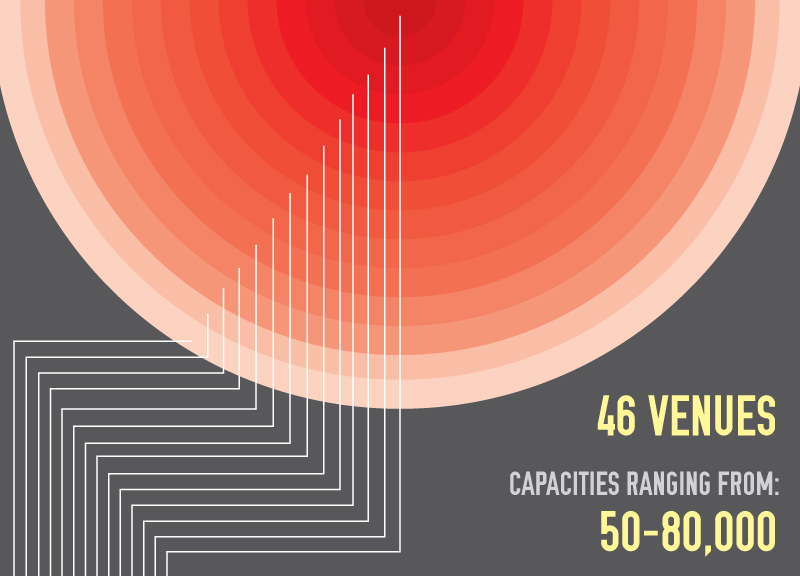 A Comparative Look At The Sizes of 46 Different North Texas Music Venues.

You can say a lot of things about the North Texas music scene these days, but one thing you really can’t say is that the region is lacking for venues of varying sizes.

The region, to put it simply, is rather flush with venues at the moment — ones that range in size from the downright tiny (see: the 50-capacity Twilite Lounge in Deep Ellum) to the gaudily massive (see: Fair Park which boasts two 20,000-plus-capacity venues).

And with the re-opening of the 3,000-capacity Bomb Factory in Deep Ellum coming up on the horizon, the rich are just getting richer.

To illustrate this truth we decided to, well, illustrate it. Partly inspired by this recent post from an old colleague of mine based in Minneapolis, we started off by tracking down the official, stated capacity figures of 46 different North Texas venues. We cut it off at a point, sticking mostly to venues located in Dallas proper, along with a handful of Mid-Cities ones (most notably QuikTrip Park and the Verizon Theatre). Our graphic designer, Jeremy Hughes, then drew these venues to scale for comparison’s sake.

Apologies to the many great venues of Denton and Fort Worth, but 46 venues seemed like plenty to us and, if we included those cities’ venues in the mix, we weren’t 100 percent sure where we’d stop. And we didn’t really see a point in factoring in the sizes of the venues in, say, Allen. (For the record: The Allen Event Center boasts a seated capacity of 8,100.)

Anyway, you can find our results below. Hopefully, you’ll find it informative. Maybe you’ll find it useful, too. After all, so long as you’ve got the means, pretty much anyone can book shows in these spaces nowadays — something we’ve learned all too well in recent months. 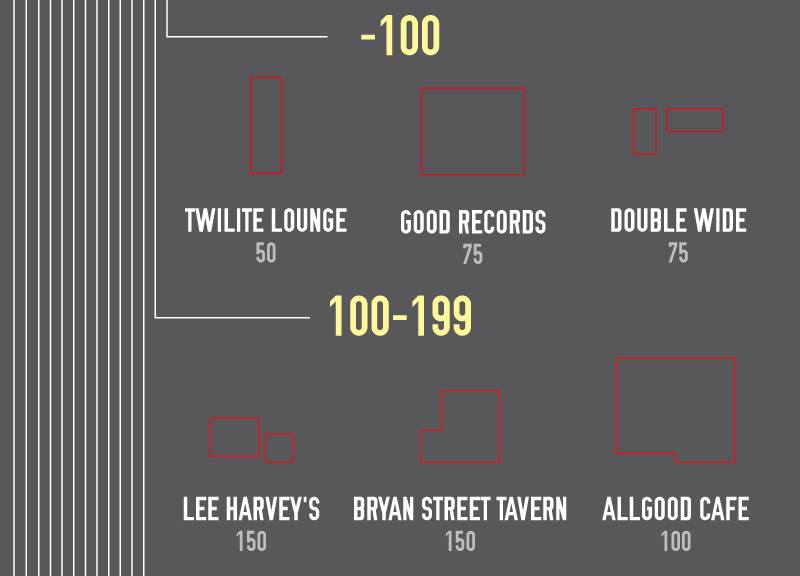 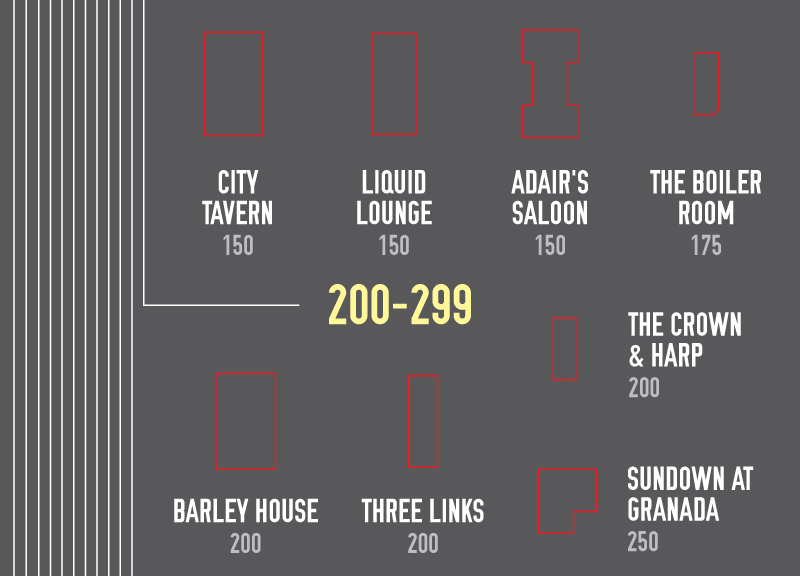 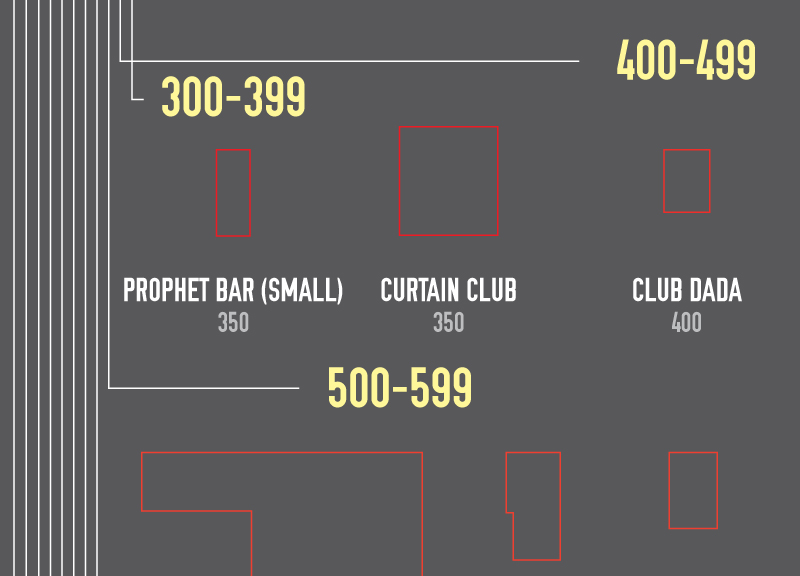 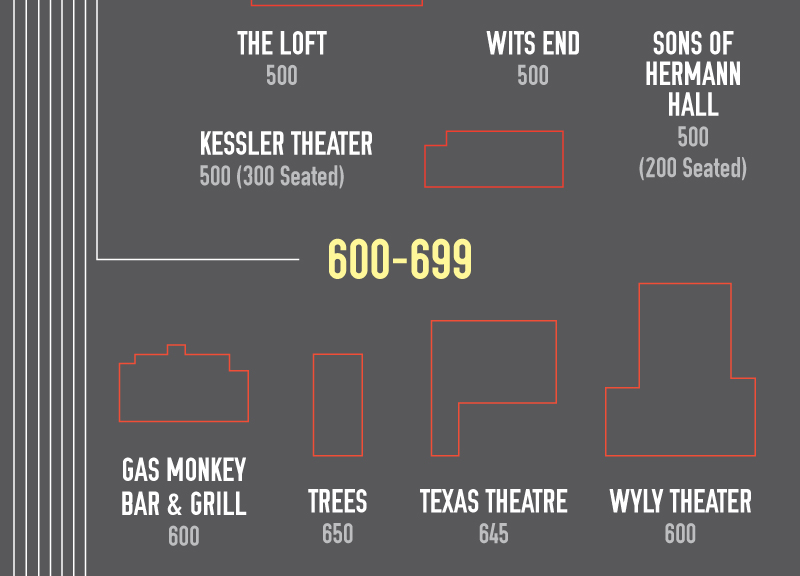 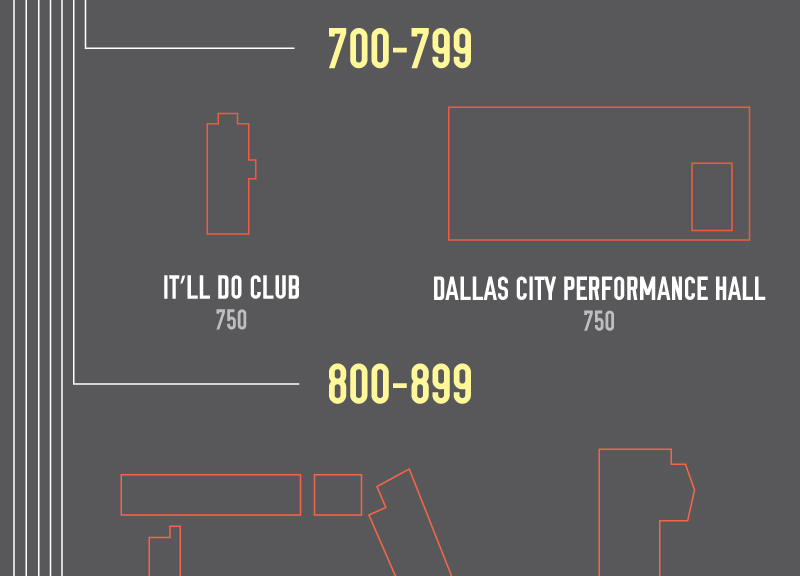 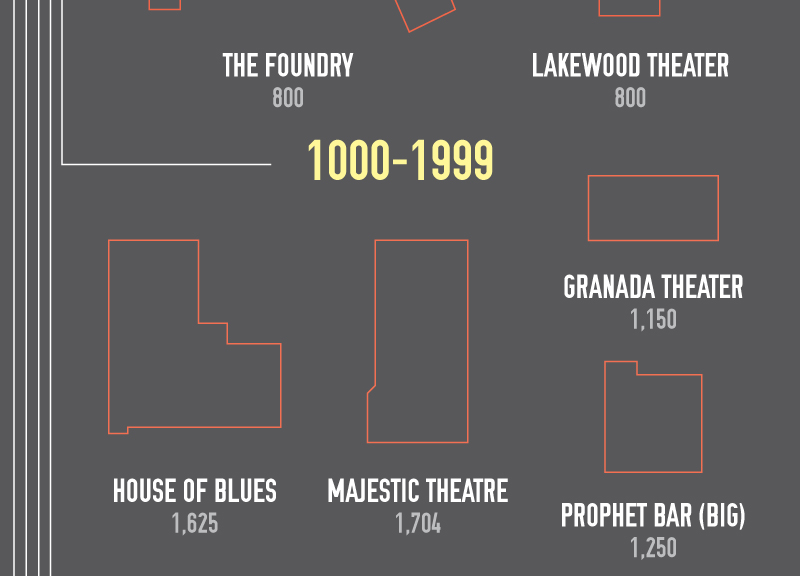 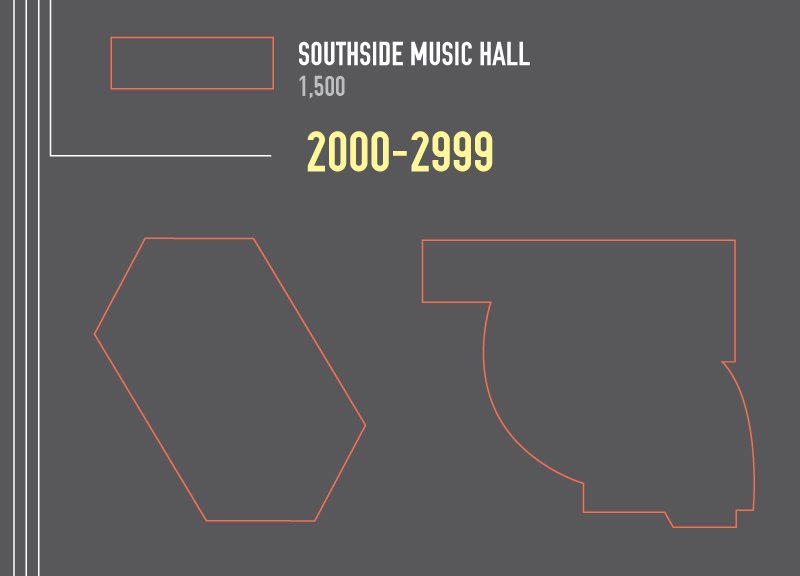 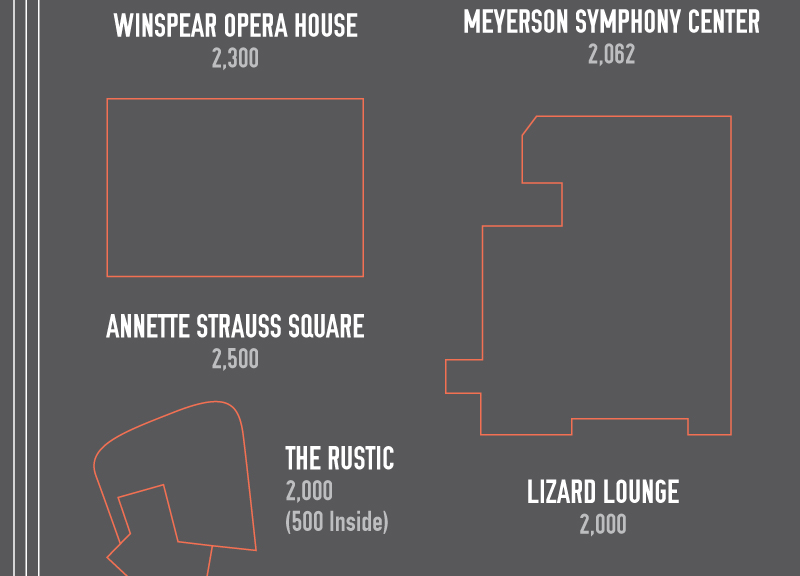 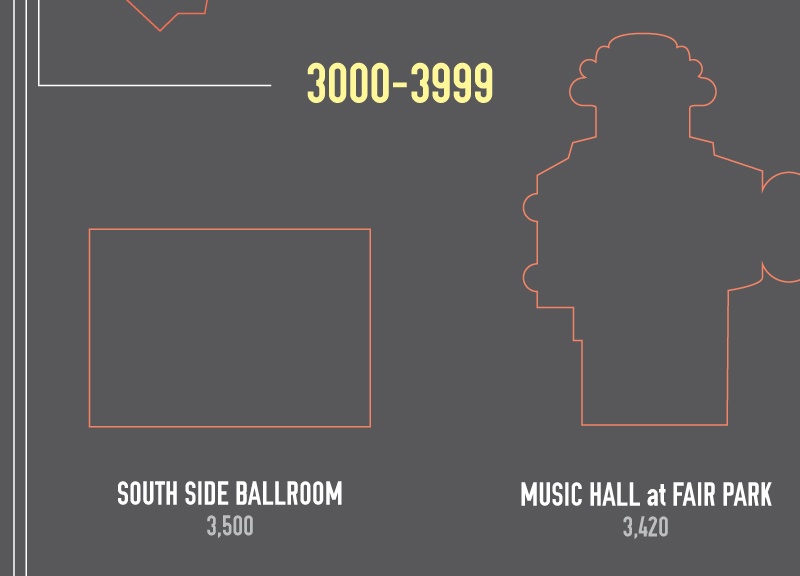 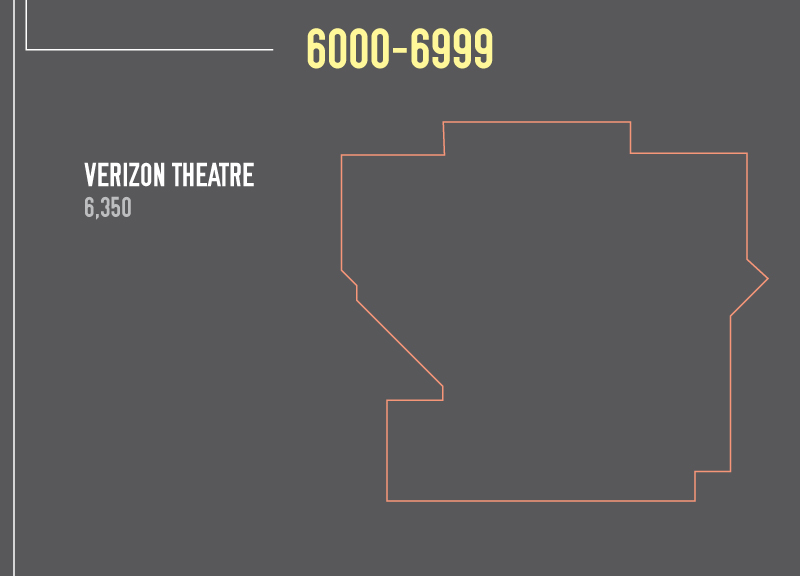 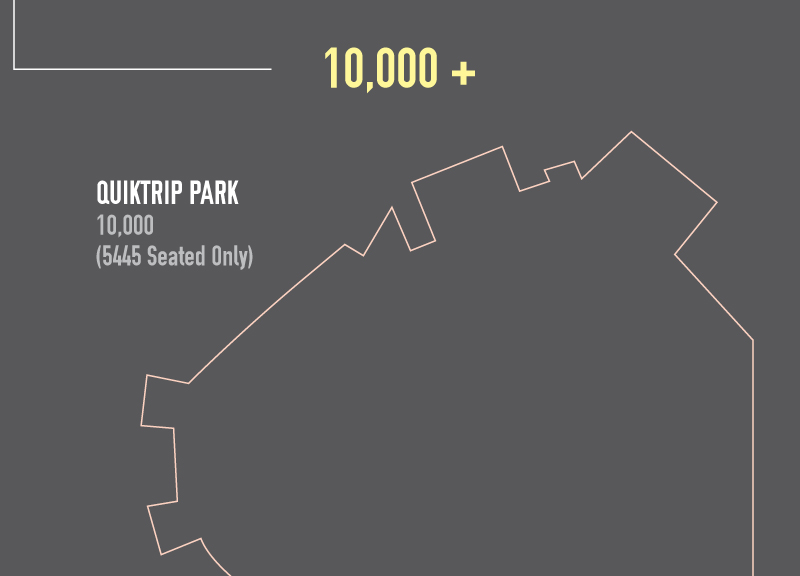 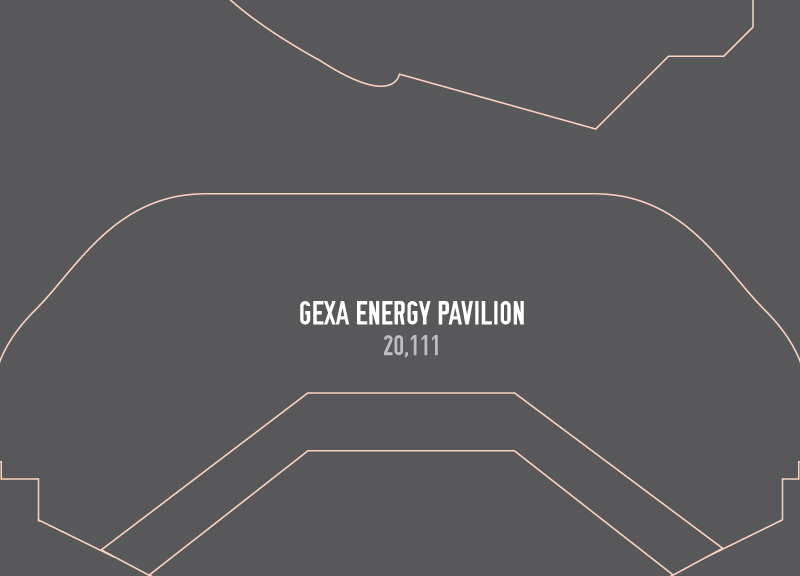 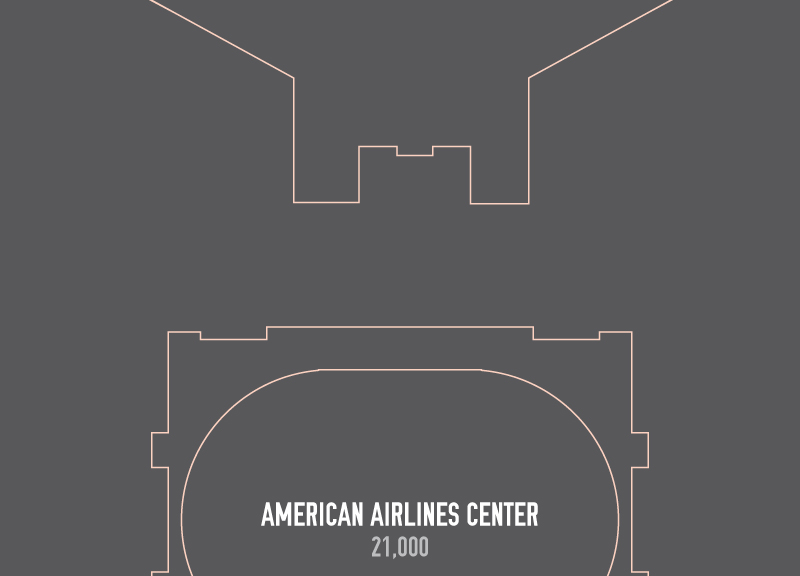 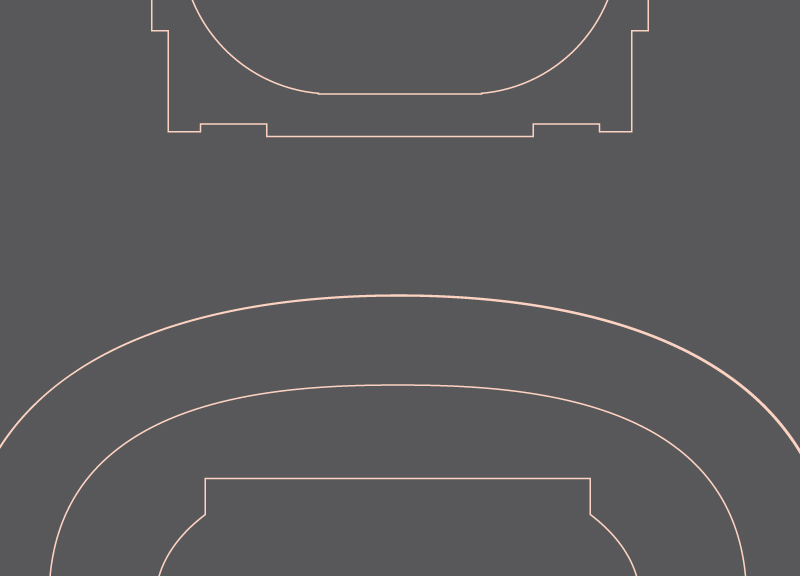 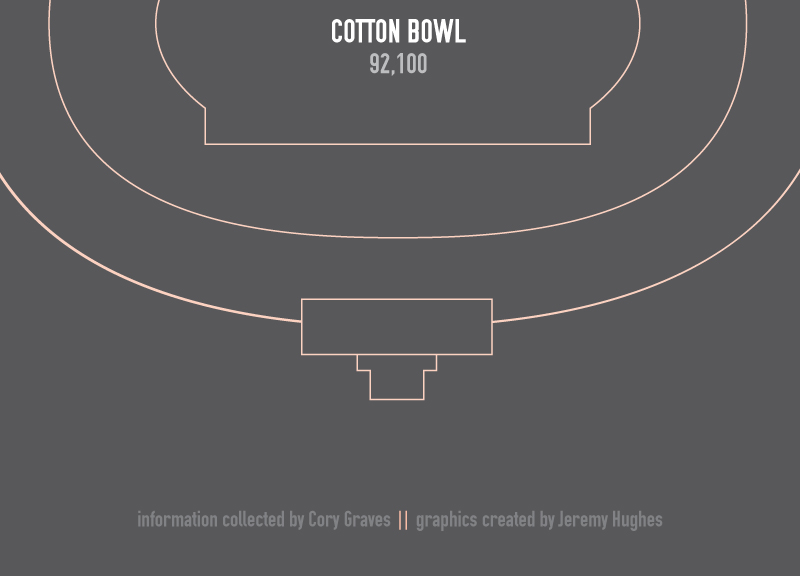