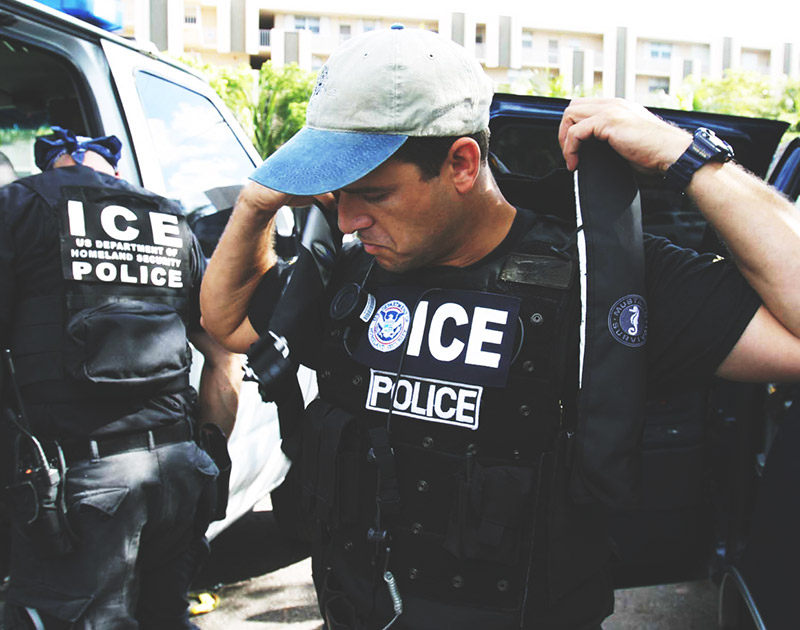 All Those Facebook Posts You’ve Seen About ICE Checkpoints And Raids Across Dallas This Week Are Still Unconfirmed, Says Mexican Consul.

This week on social media in Dallas, share buttons became the equivalent of falsely pulling a fire alarm, leaving undocumented immigrants in the region in a state of confusion, fear and uncertainty.

Surely, you noticed this while scrolling through your own feeds: Amid this week’s confirmed reports of Immigration and Customs Enforcement arresting flagged undocumented immigrants in major U.S. cities also came a flurry well-intentioned, but ultimately unsubstantiated, reports of detentions and raids on social media. The majority of these social shares centered around warnings of ICE checkpoints at Spring Valley and I-75, Loop 12 and Shady Grove, and all along Hispanic-dense Westmoreland Road. One post even mentioned ICE officials lining up people handcuffed along the side of the road.

With Dallas being home to some 475,000 undocumented immigrants, these updates surely sent fear down a number of area residents’ spines.

But the Dallas Morning News reports today that, during an informational meeting at the Mexican Consulate in Dallas last night, Mexican consul Francisco de la Torre said that these reports — none of which, it’s worth’ noting, came with any photographic evidence to support their claims — could not be confirmed by his office,

How, then, did these rumors become so widespread? Maria Garcia, a public relations student at UT Arlington and organizer for the North Texas Dream Team, says that a lot of the fear-mongering comes from within the immigrant community itself.

“Things have gotten blown our of proportion because of the hateful rhetoric that was used during the campaign,” says Garcia, who didn’t attend the meeting at the Mexican Consulate last night, but instead attended a similar “Know Your Rights” workshop held simultaneously in Mesquite that was attended by an estimated 300 concerned people.

“It goes to show that fear really does move our community,” Garcia says. “These sessions usually bring in about 10 people. But when things have to go south, the community to shows up.”

For people worried about friends who may be affected by immigration enforcement, Garcia says the best action isn’t to share social media posts that include unconfirmed reports of ICE detentions or raids.

Rather than blasting out such questionable information on social media, Garcia suggests concerned parties take a more direct approach with people whose safety they may be worried about.

“Check on your friends,” Garcia says. “While there’s a lot of things going on, we forget about our mental health. Winding down helps a lot, as does reassuring [your friends] that you are with them.”